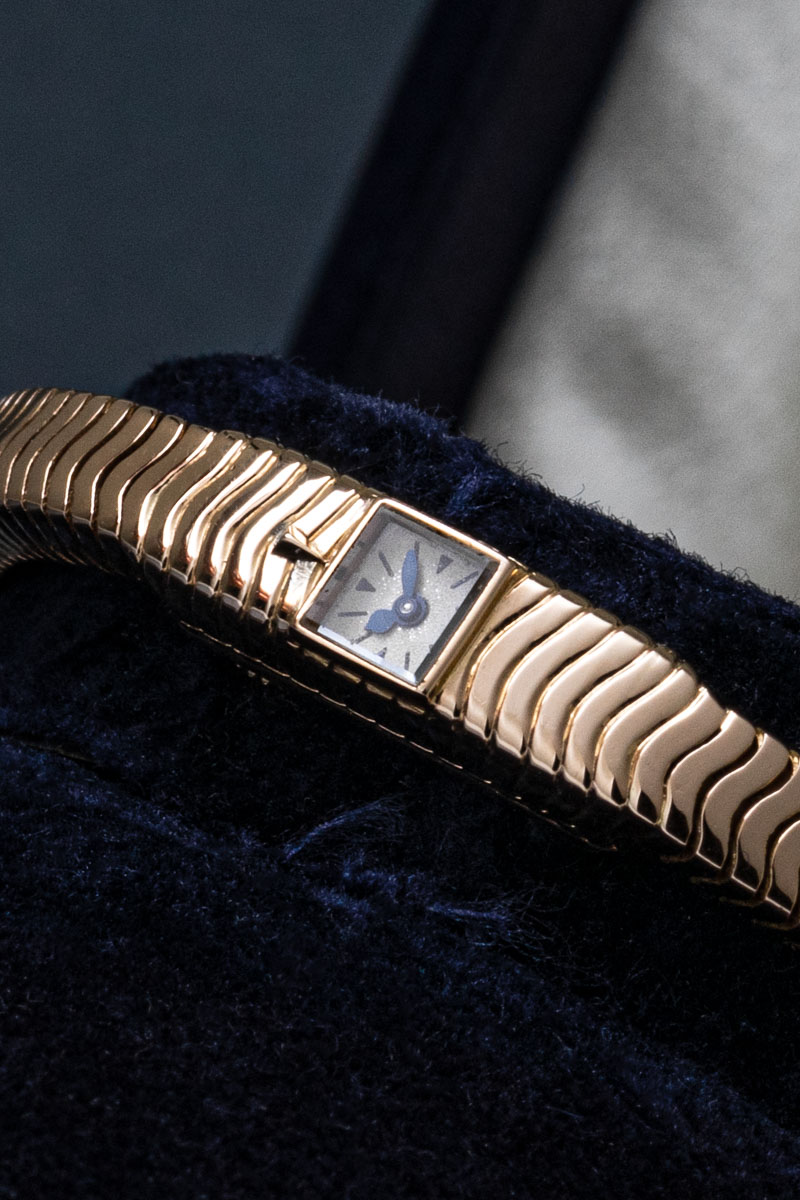 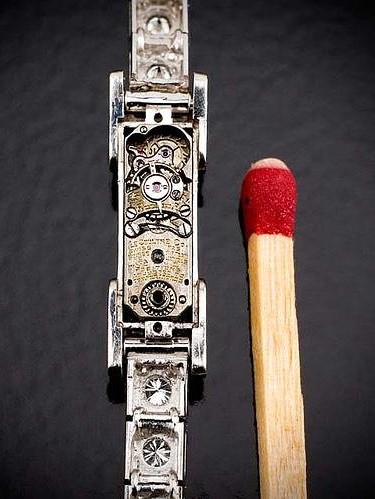 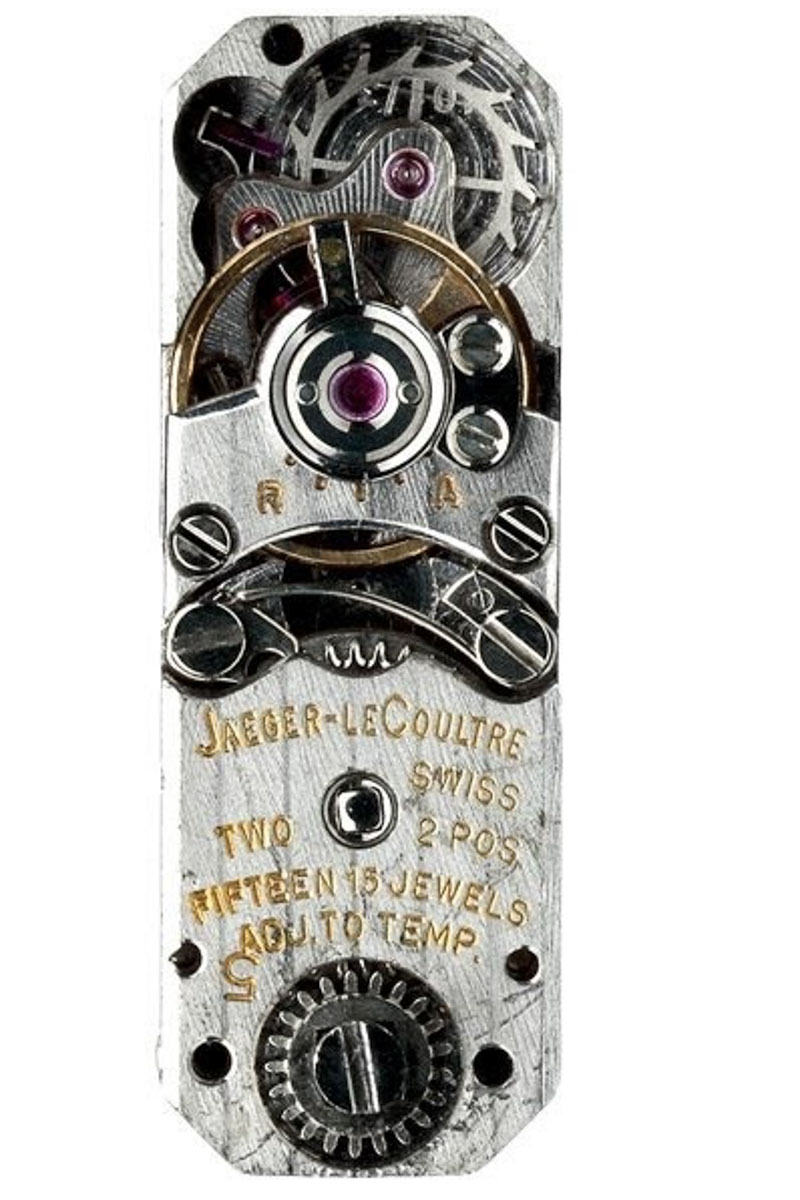 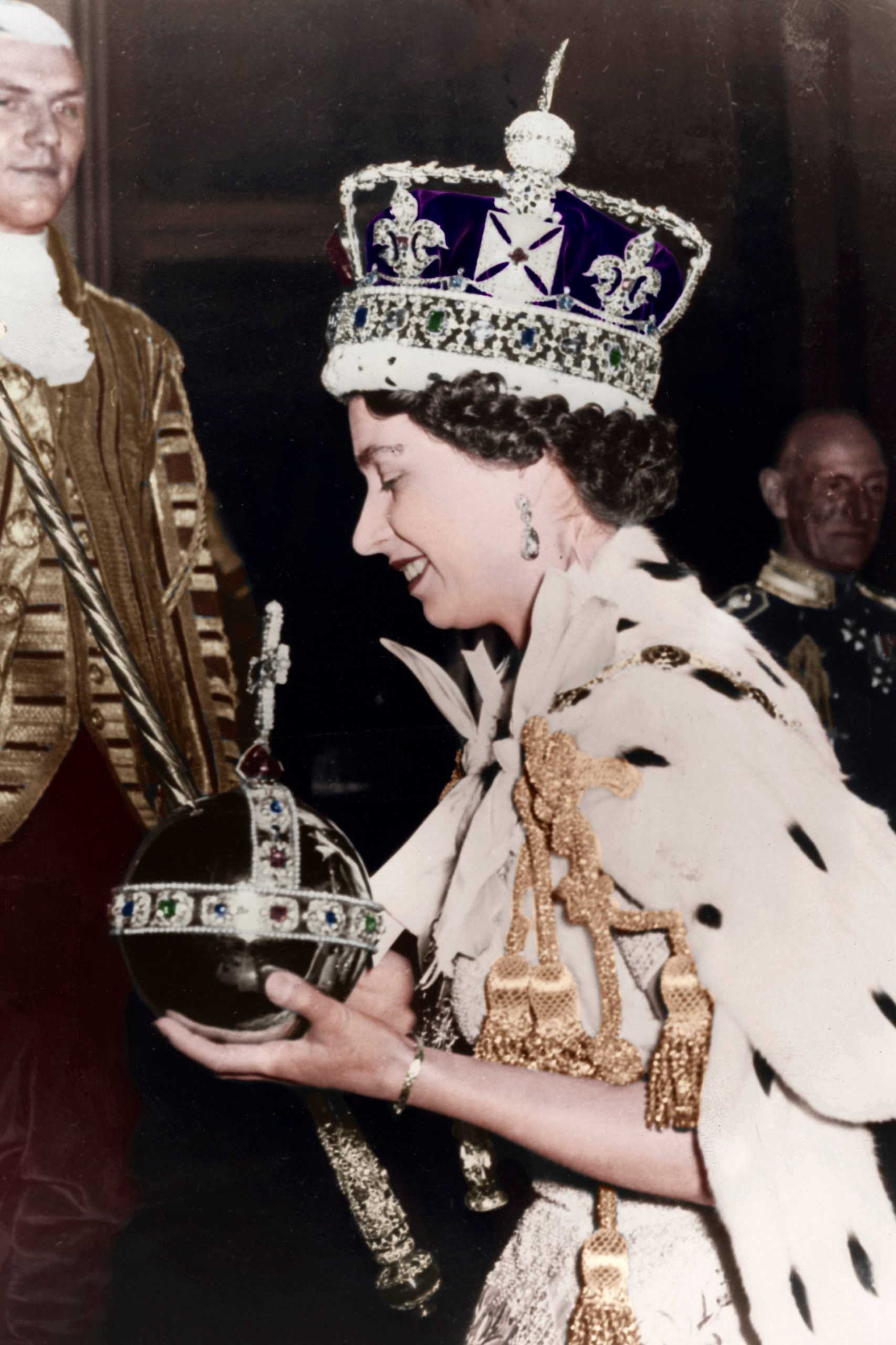 We are extremely proud to present an exquisite piece of jewelry and a record-breaking technical masterpiece in one. This is the Jaeger-leCoultre Joaillerie Caliber 101.

With a case measuring a minute 18 x 5,7 x 5,8 millimetres, this little gem is still fitted with a hand-wound mechanical movement in baguette form-factor.

The movement we find in this tiny case, the Cal. 101, was introduced as far back as 1929 by the European Watch & Clock company, a cooperation between Cartier and Jaeger. This watch movement is still the smallest ever made today. It was built around a new philosophy: Duoplan. This design broke the traditional watch movement in two and stacked them, resulting in two layers, hence the name Duoplan. This enabled Jaeger to create calibers with a significantly smaller footprint. The crown was moved to the back, resulting in the nickname “Back-winder”.

Such a small movement allows for the design of one of the most elegant lady’s watches you will ever lay eyes on. It is so small that it almost feels surreal, especially when you realize that there is a fully functioning mechanical movement packed into an 18k rose gold case that is smaller than the average vitamin pill.

Jaeger-leCoultre chose to integrate the case and bracelet. But not like an Audemars Piguet Royal Oak is fitted with an integrated bracelet. No, the watch case is completely blended, almost hidden in the rat’s tail bracelet. The result is an 18k rose gold piece of jewelry that is quite simply stunning to behold. This beauty was produced around 1950 and is now available at Amsterdam Watch Company.