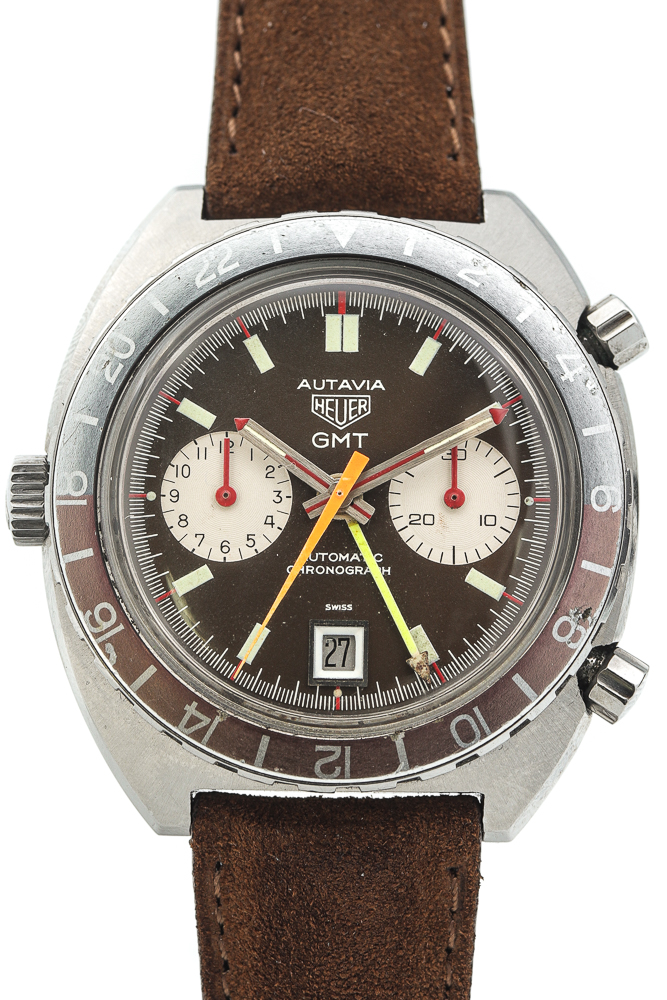 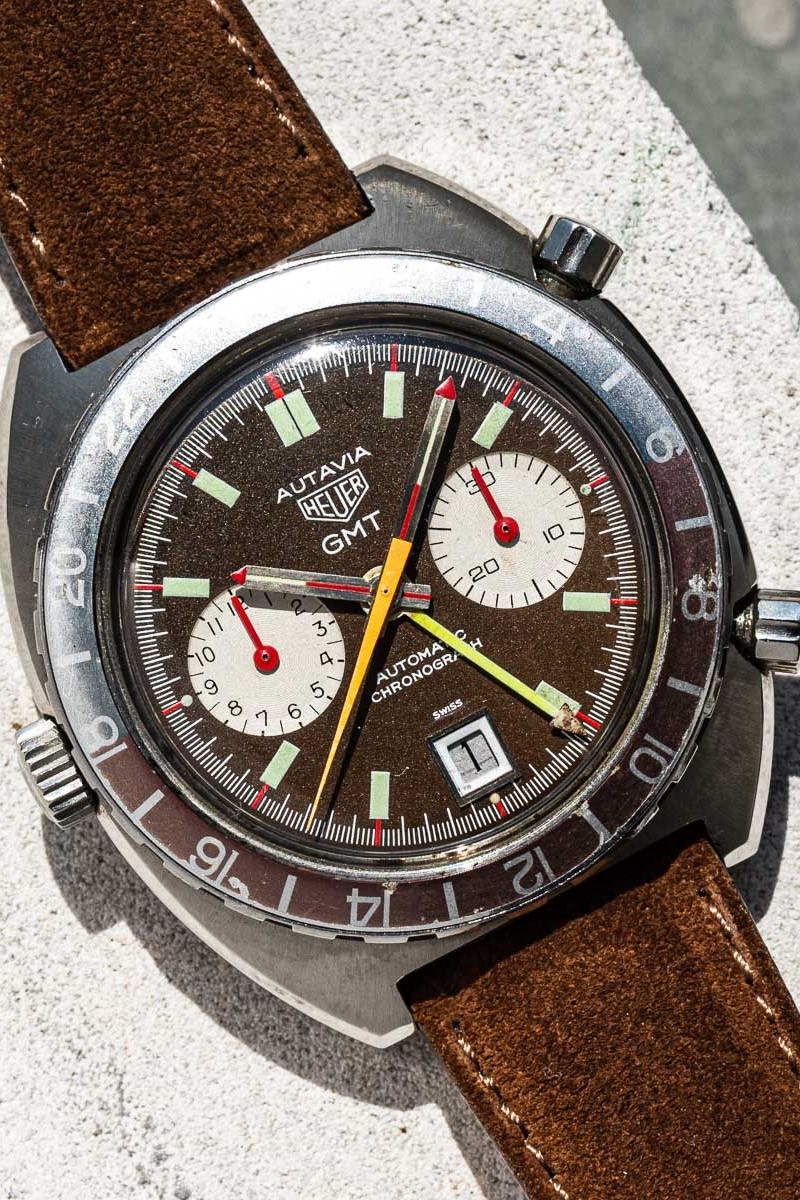 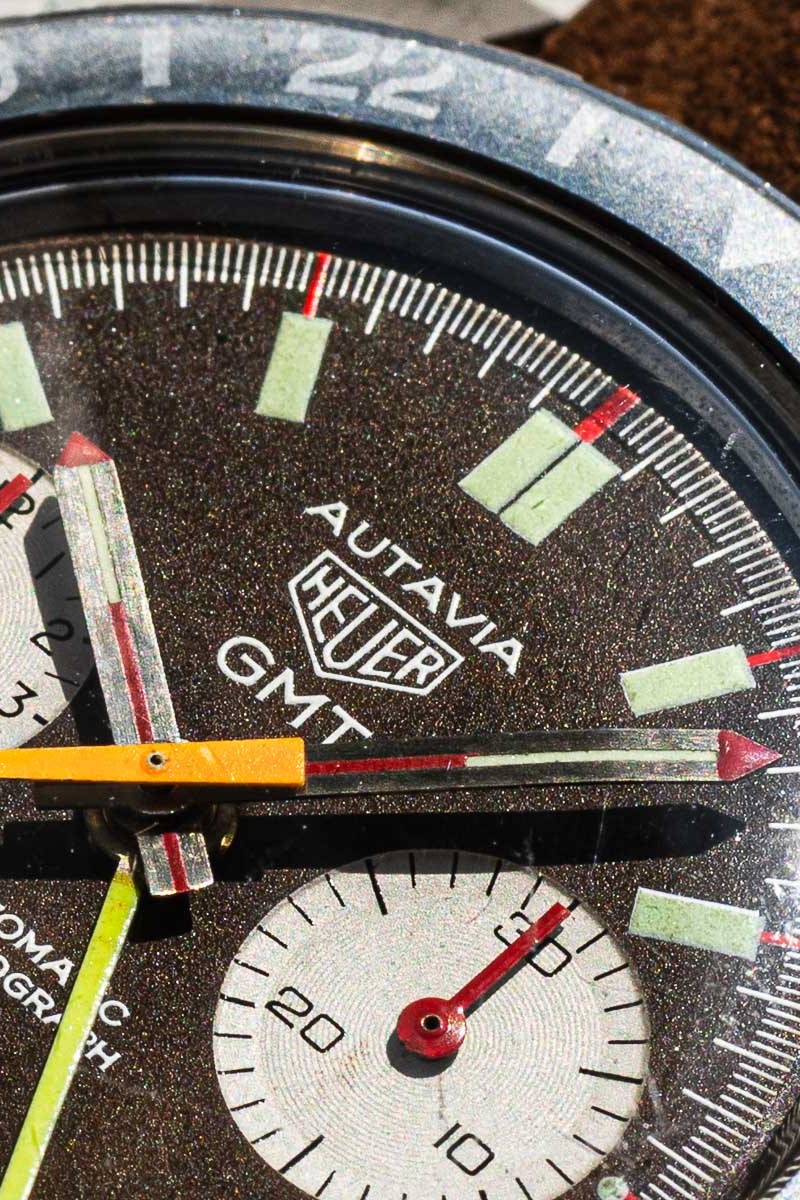 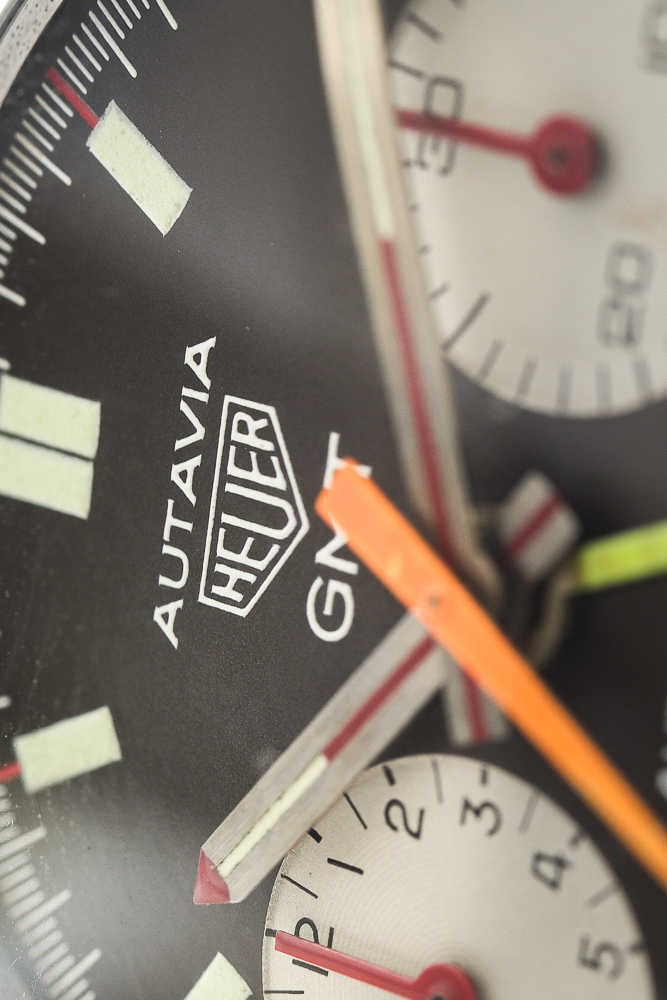 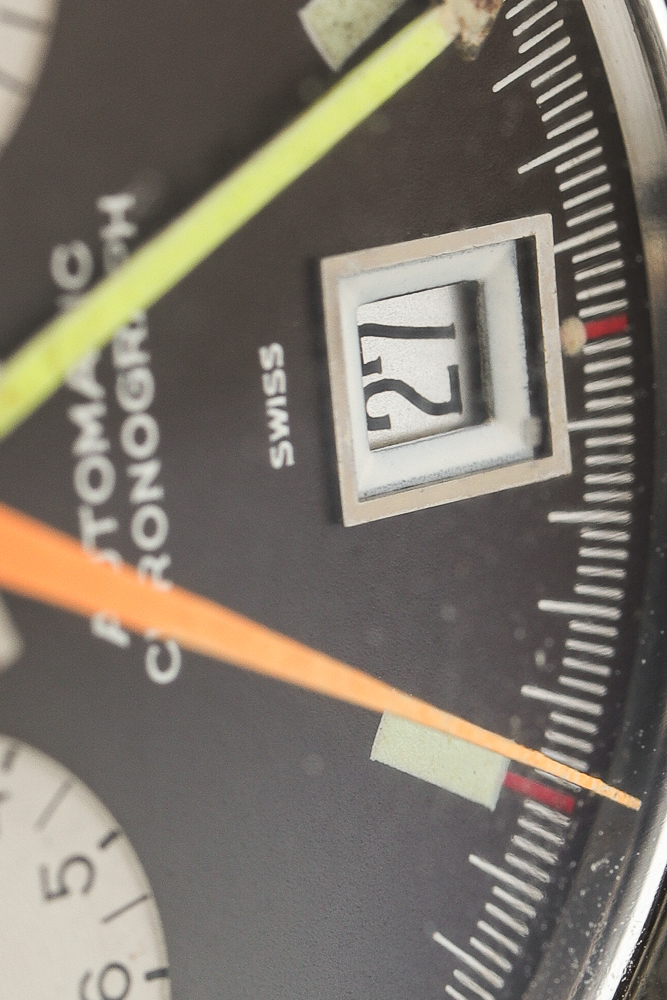 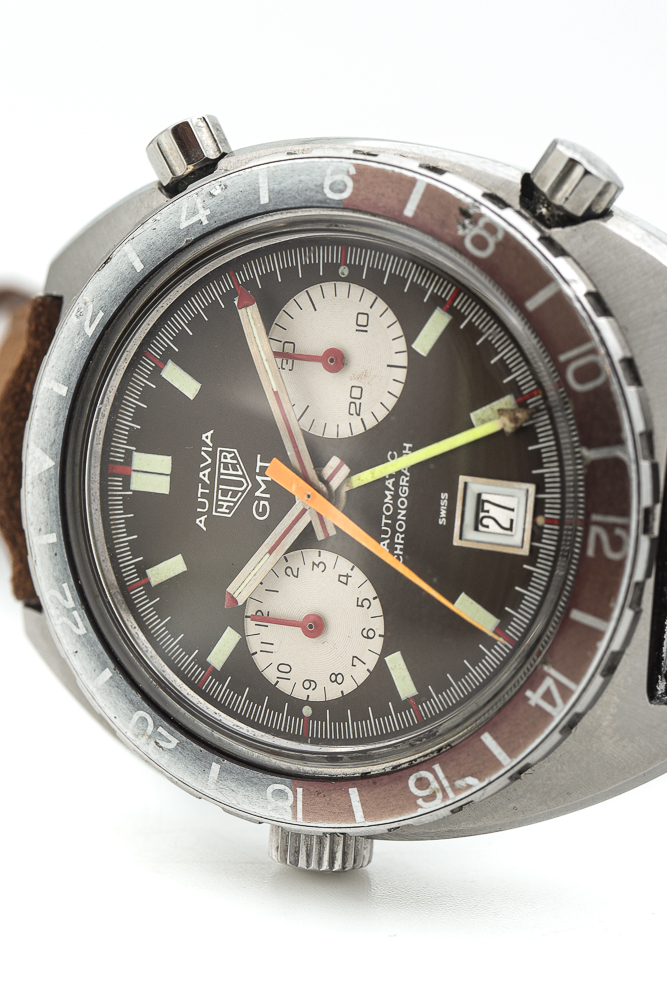 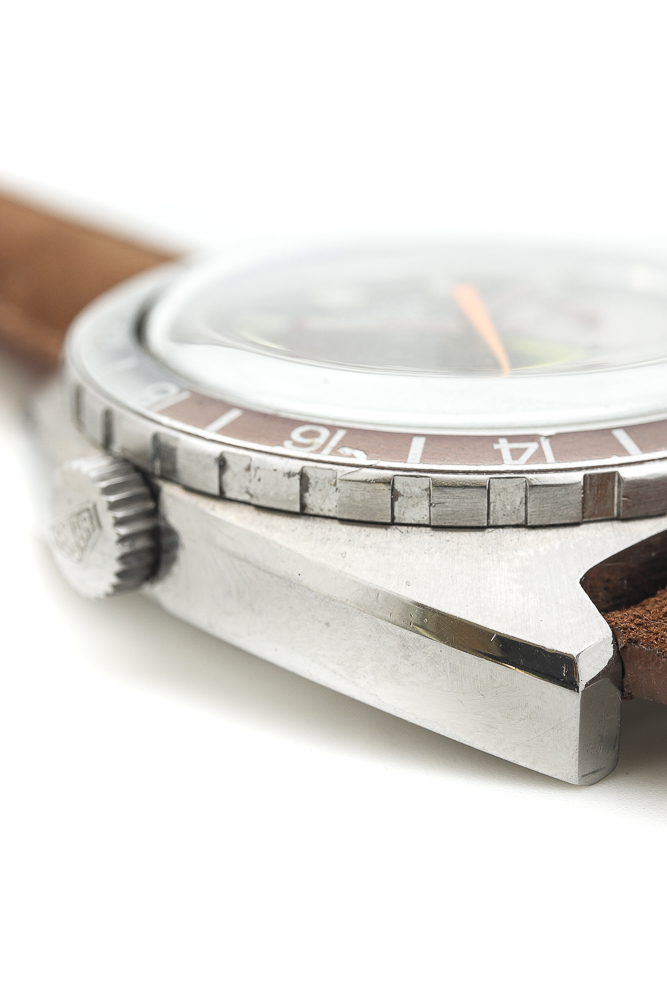 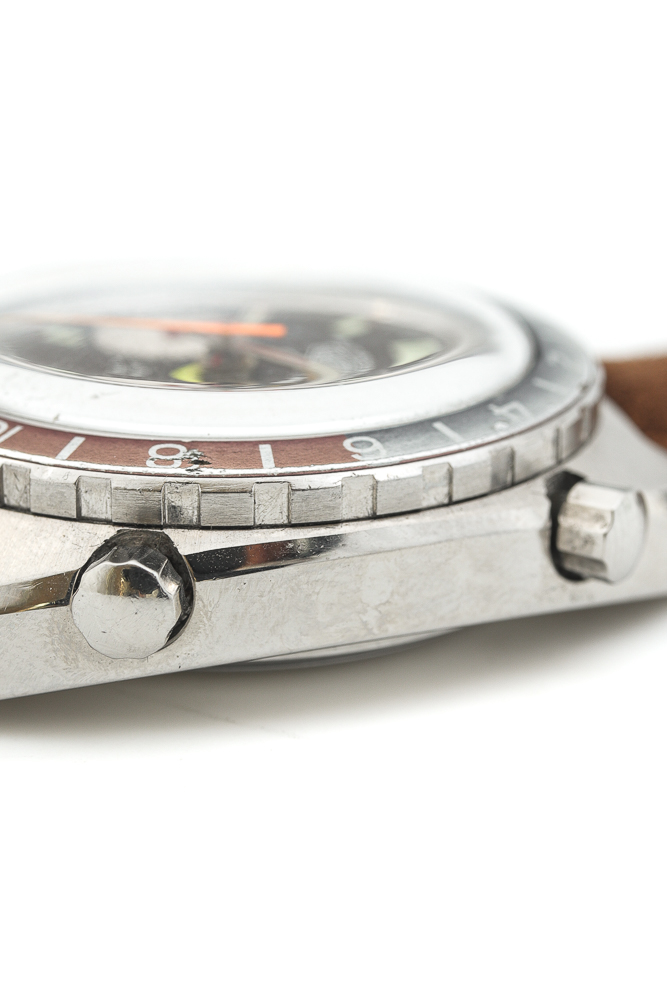 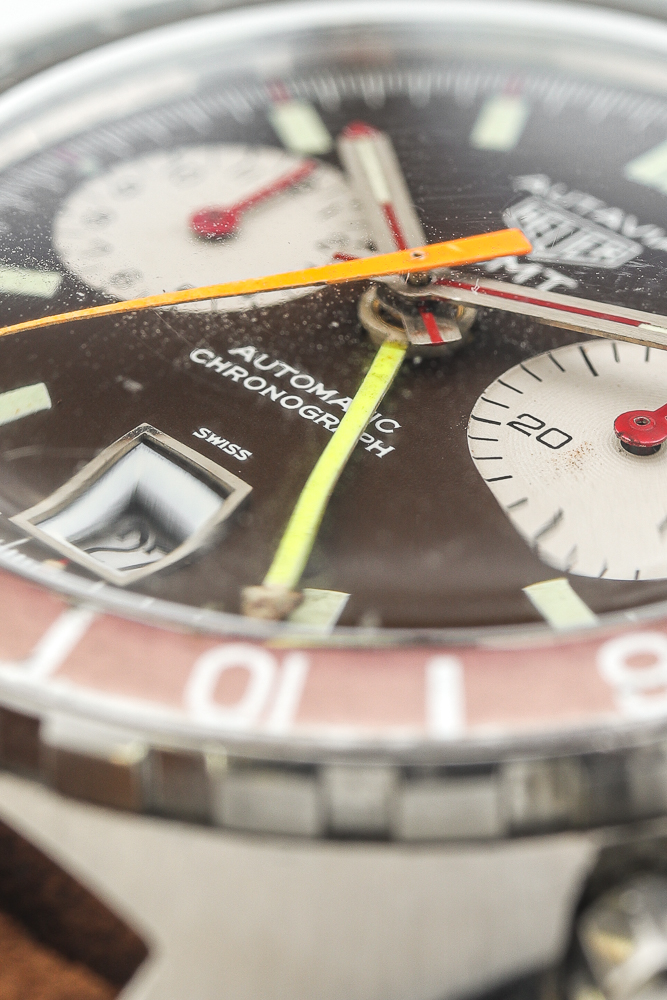 AUTomotive and AVIAtion, these are the bases for the Heuer Autavia’s existence.

Many people know the brand TagHeuer, a brand sponsoring the English Premier League and often associated with racing. It’s modern, often big and not as good as in the glory years for those who remember. For those who don’t remember, until the 1980s Heuer was a really big player in the world of chronograph watches. Heuer was actually the first brand to have an automatic chronograph watch on the market. They’ve designed some pretty legendary watches over the years, and the Autavia might be the best.

The origins of the Heuer Autavia date back all the way to 1933 when Heuer manufactured dashboard clocks for cars, boats and planes with the name Autavia. In 1961 the Autavia was reborn, as a wristwatch by the hand of Jack Heuer, in 1962 the watch was successfully launched to the public. Heuer found it’s ambassadors in the racing sport. Formula 1 drivers like Jo Siffert, Jochen Rindt, Derek Bell, Jacky Ickx, Mario Andretti among many others all wore a Heuer chronograph and because of this Heuer quickly gained an iconic status in the automotive world.

In 1968 Heuer brought the Autavia GMT to the market. This watch was an instant success, but the watch was modified a year later already when Heuer had finished their automatic chronograph movement. This movement was thick and did not fit in the traditional Autavia case, so the new Autavia with reference 1163 got a bigger cushion case.

The first reference of the automatic Autavia GMT would only be produced for 2,5 years, with three different marks. The first few months resulted in the mark I and this mark had a red chronograph hand and a 24 hour bezel with all numbers printed, then mark II; an orange second hand, pointy GMT-hand and a new 24-hour bezel with only even numbers and no tritium pearl, produced for only half a year. The mark 3 with the strange subdials was produced until its successor arrived in 1972.

The first two marks are definitely incredibly rare and sought-after. Finding an all original piece in great condition is becoming more difficult by the day. Therefor we are very pleased to have this MKII Autavia GMT from 1971, and it’s the most pretty from all pieces we’ve come across. The bezel is original, faded and still razor sharp. The dial? Tropical, what was black has simply become a dark chocolate colour, a highly valued characteristic among watch collectors. The case is in super condition and the fluted chronograph pushers even haven’t been replaced. If you’re looking for a vintage GMT, this watch truly ticks all the boxes. A piece almost as beautiful as ours was sold during last Geneva watch auction for over €16.000, proving the value and demand for such a piece. This Heuer is available now.

Contact us by any means for more information or visit our store, we’re located in the Reestraat, Amsterdam.