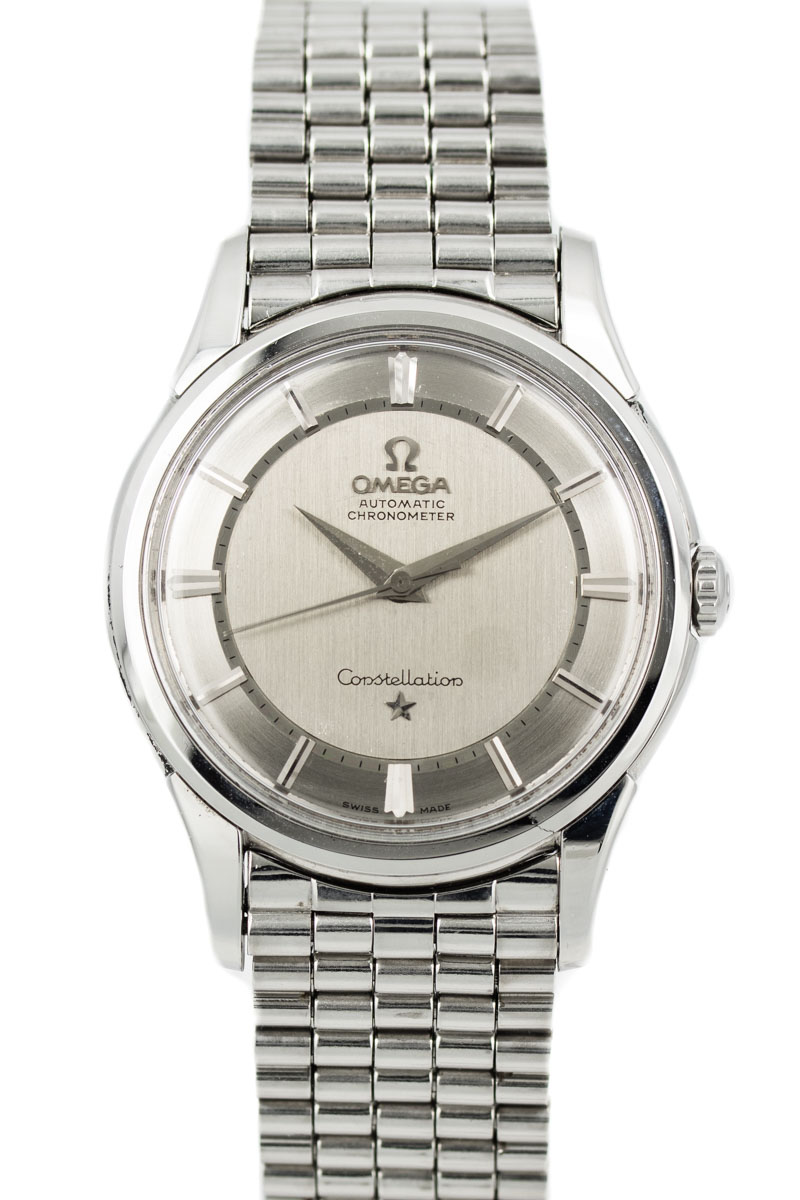 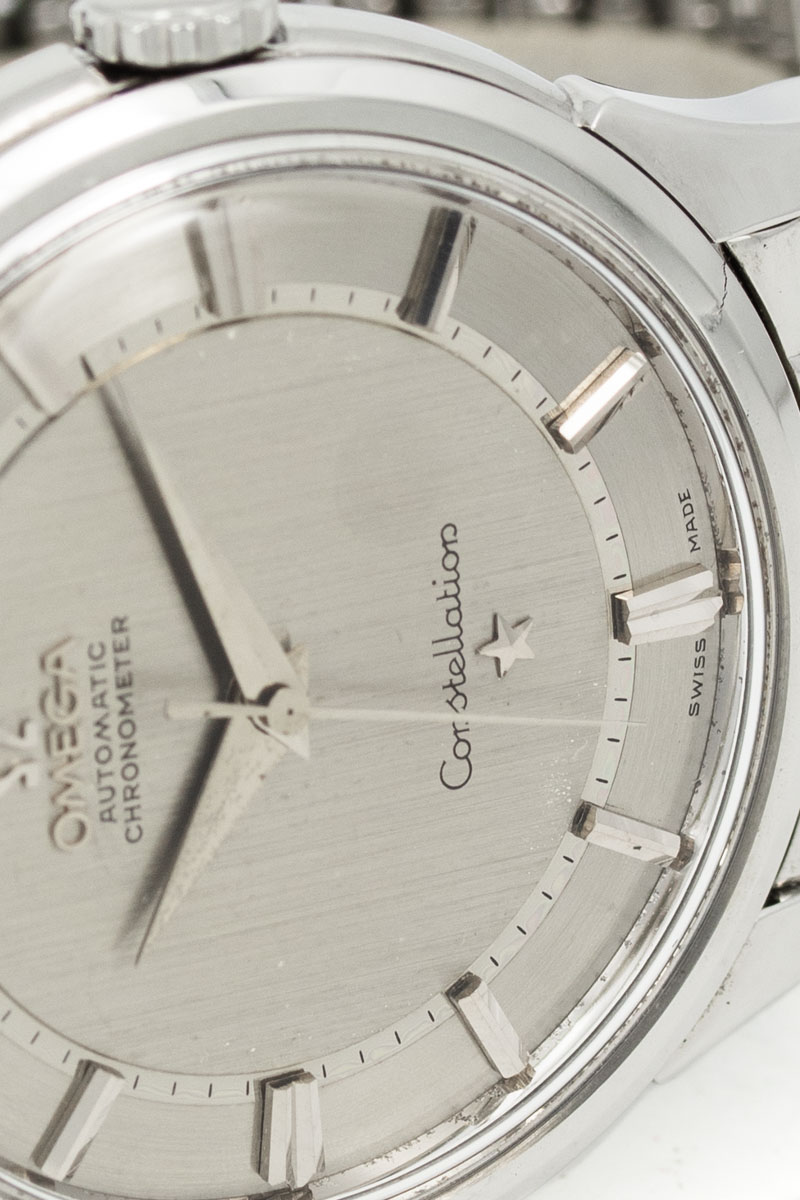 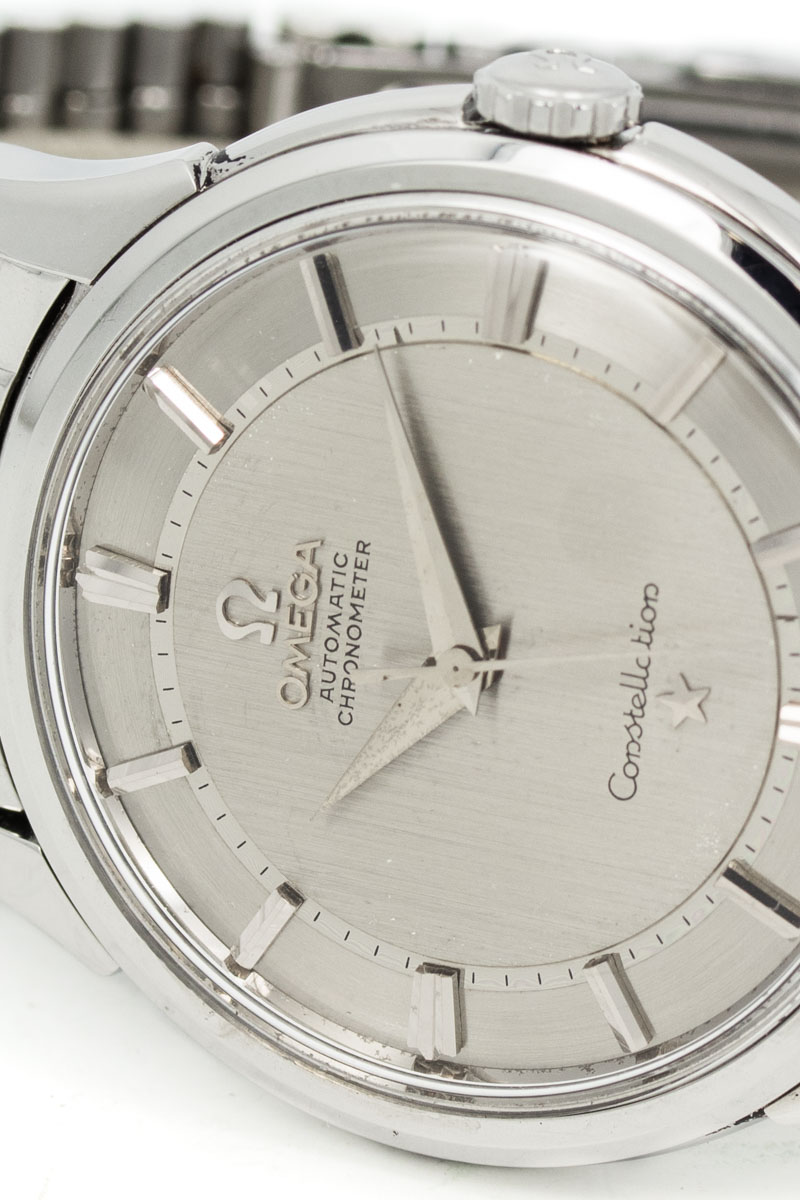 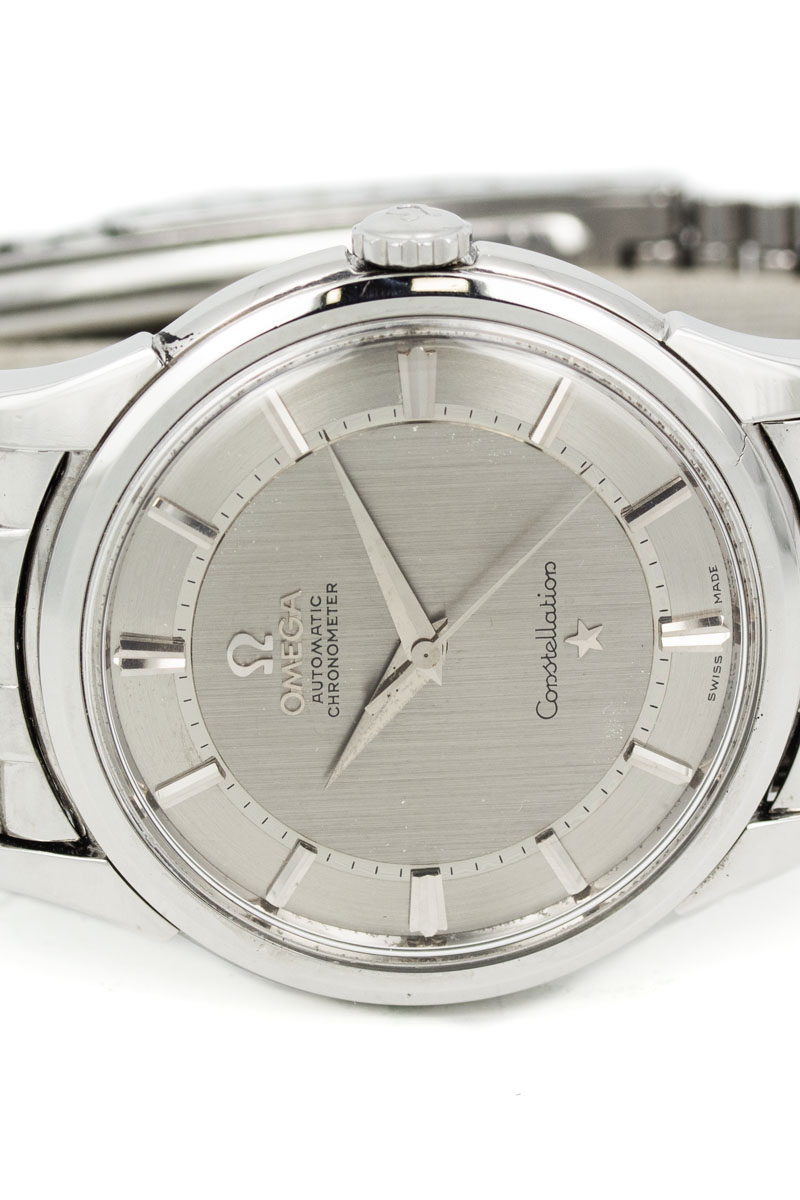 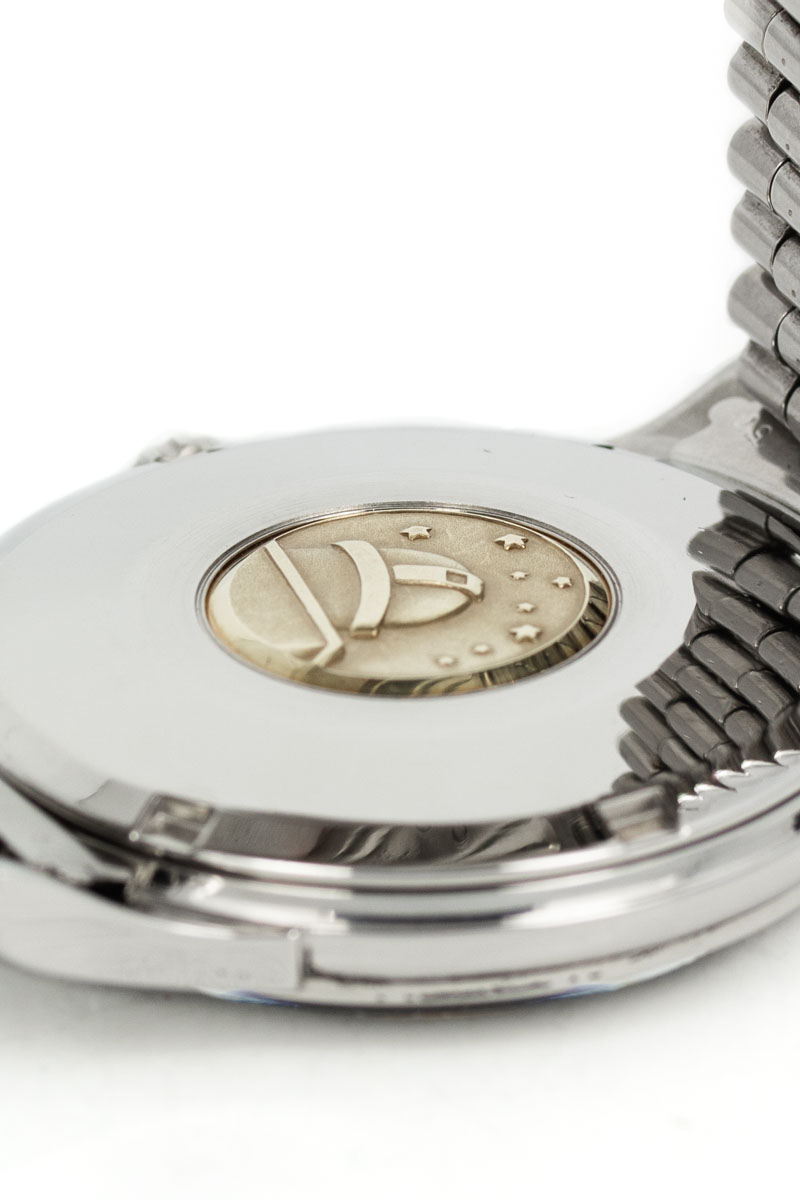 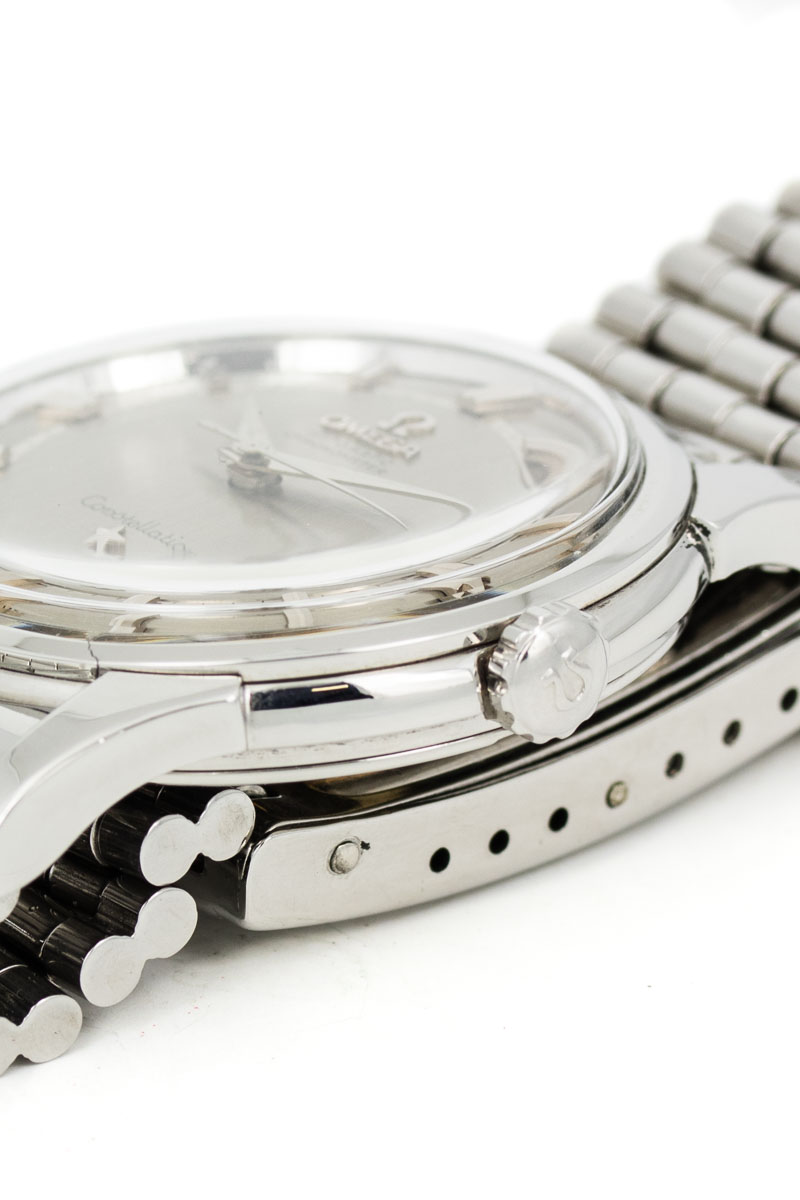 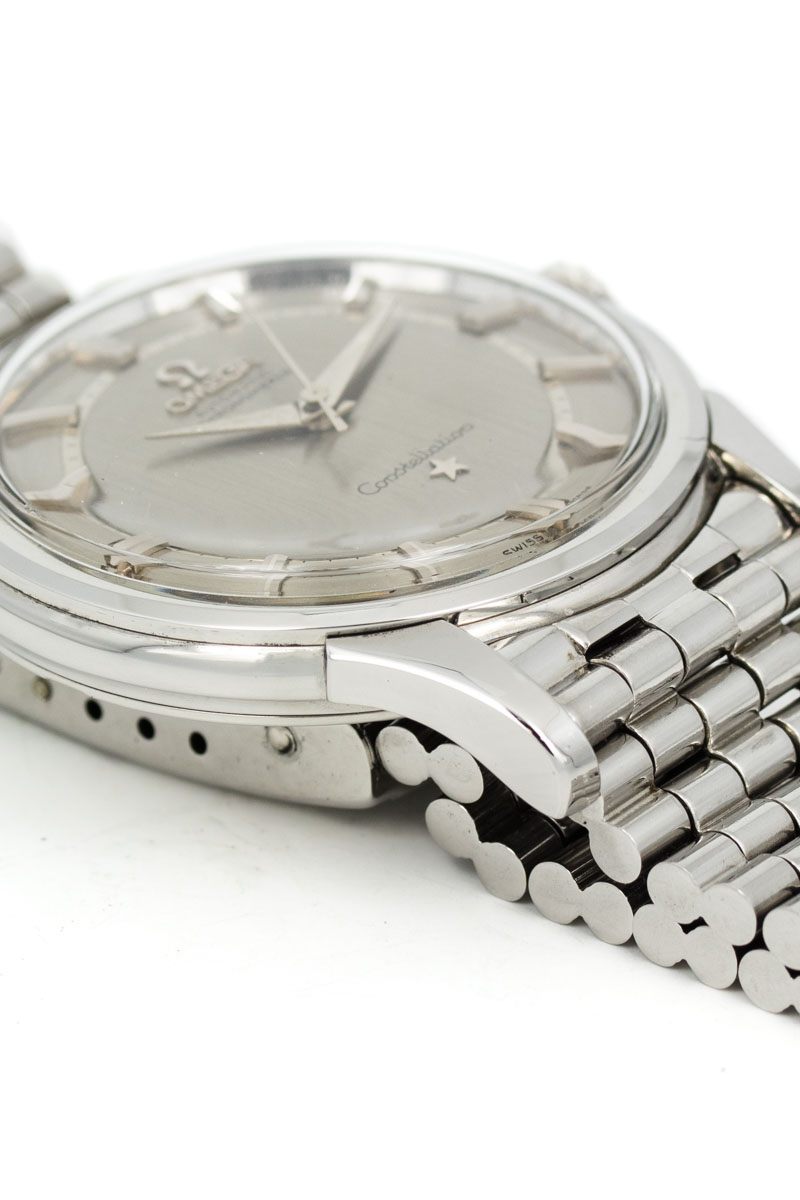 We are proud to share this very special Omega Constellation in steel. A rare watch that is characterized by a unique bracelet and a mesmerizing dial.

The bracelet is made op of five rows of equal width, of very small individual links. The result is extremely comfortable and a real eye catcher as it plays with the light. This is a very rare bracelet, only having been in production for an estimated two to four years around 1960.

The dial of this Constellation is a work of art. Although even in colour, it displays several different finishing techniques. The outer, downward sloped edge of the pie-pan dial features concentric brushing. Next, we find a narrow ring that is mirror-polished. Lastly, the centre of the dial is slightly raised and finished with vertical brushing. Combined with the appliques and handset, the result is quite simply stunning.

Of course this watch features the exceptional finishing and build quality one would expect from Omega’s top range.