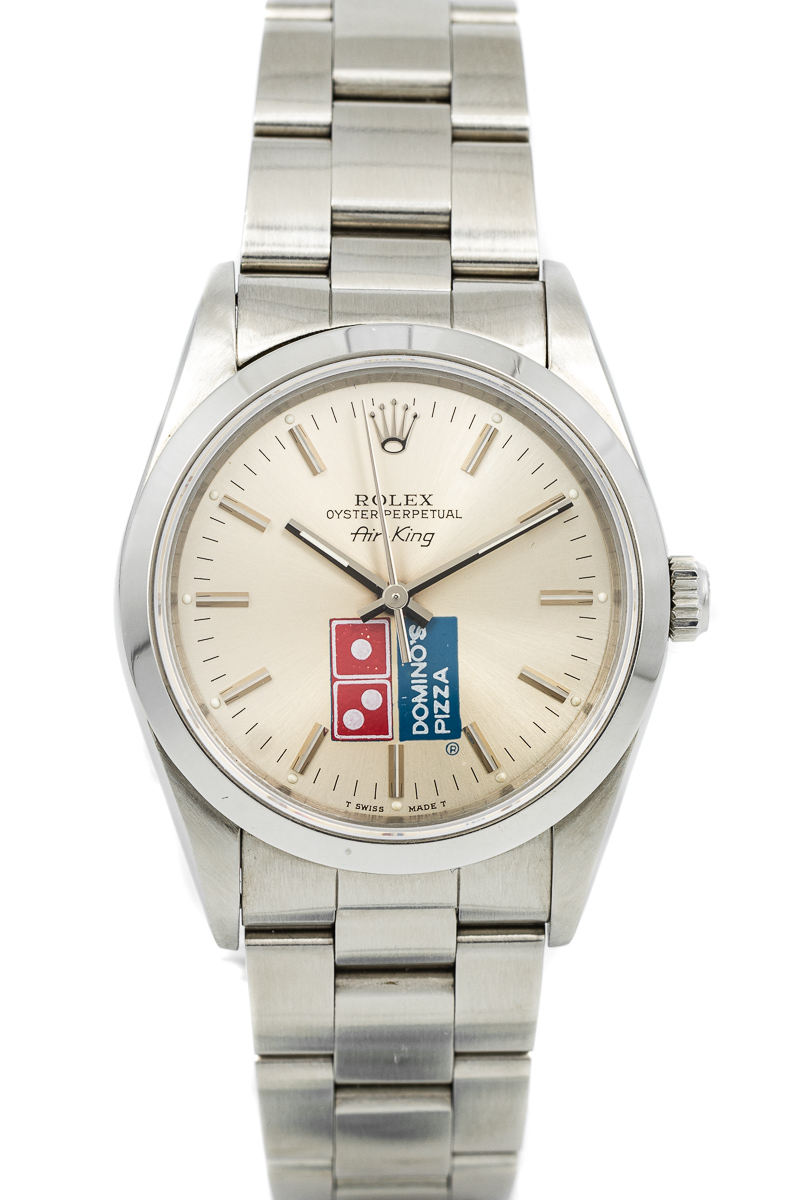 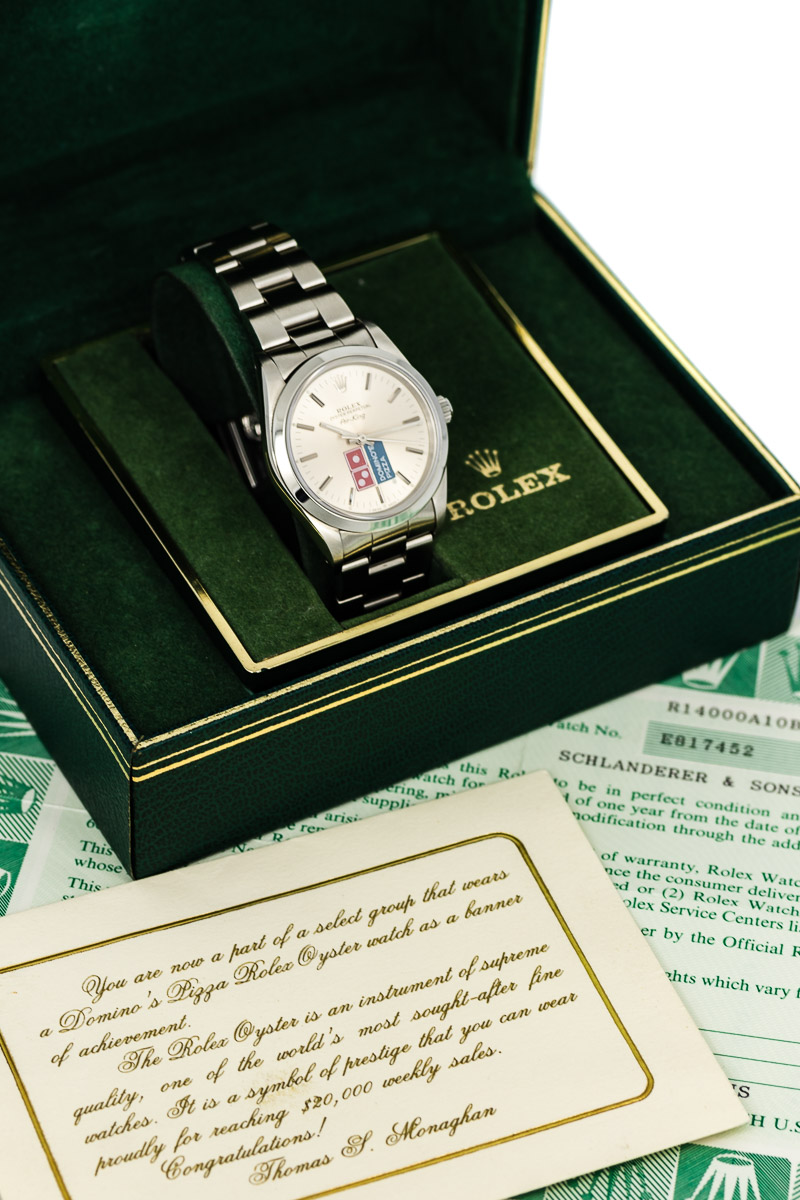 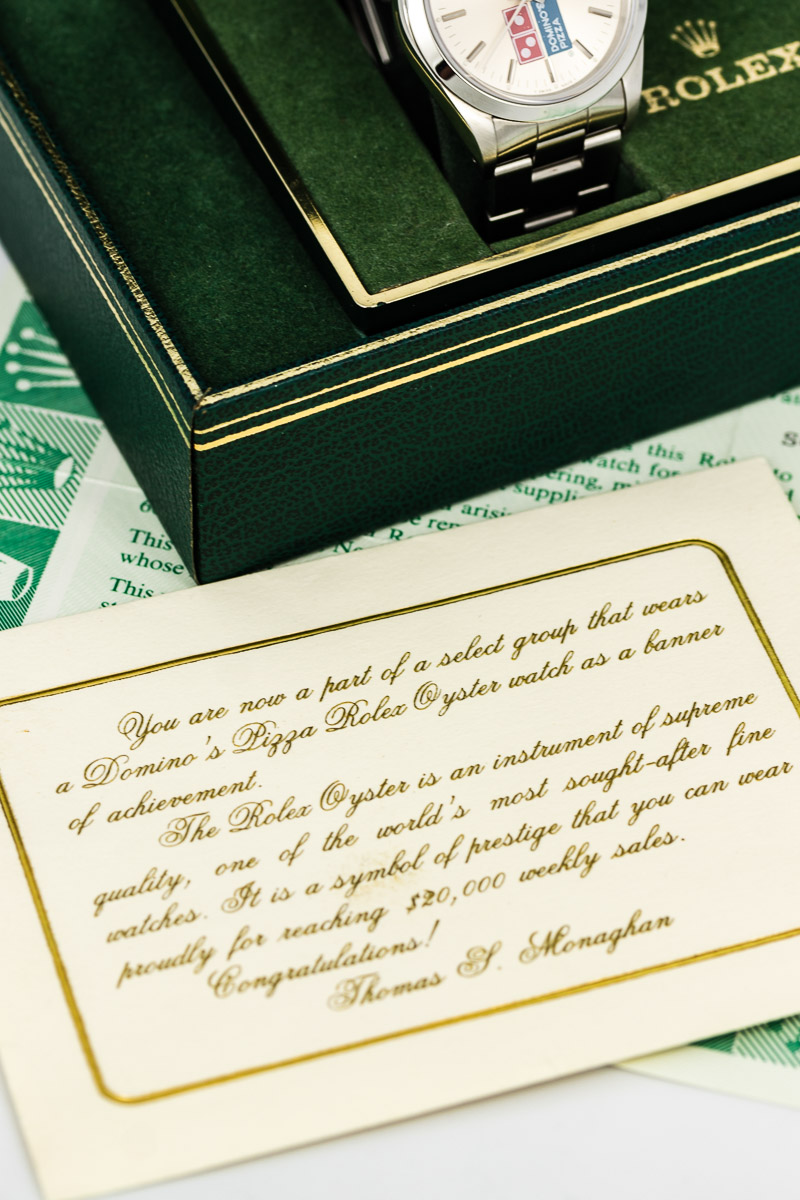 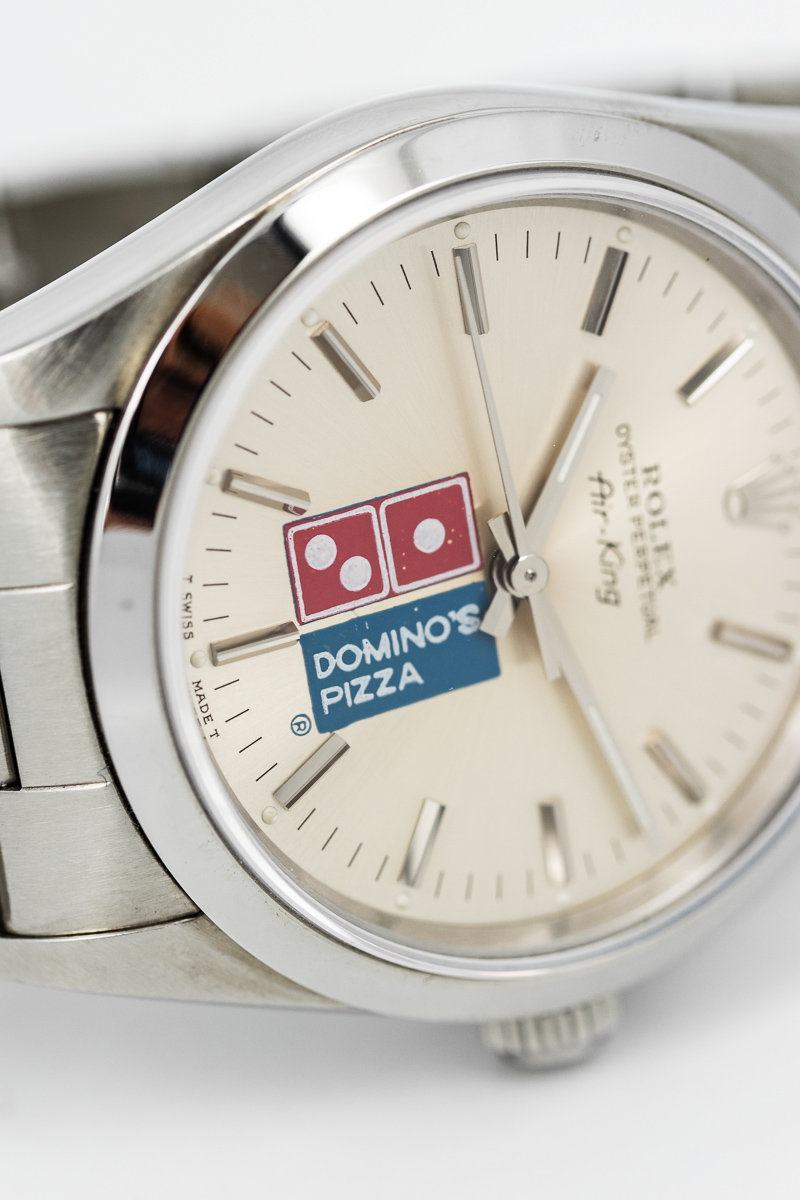 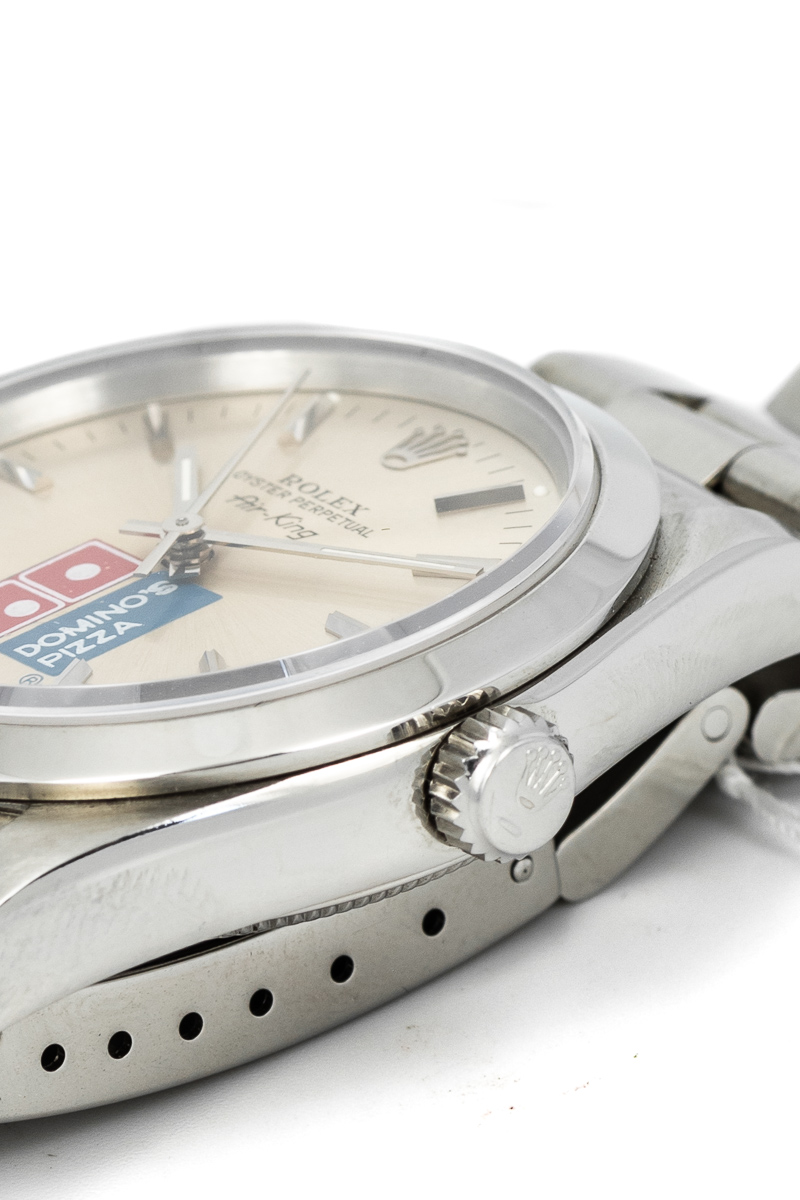 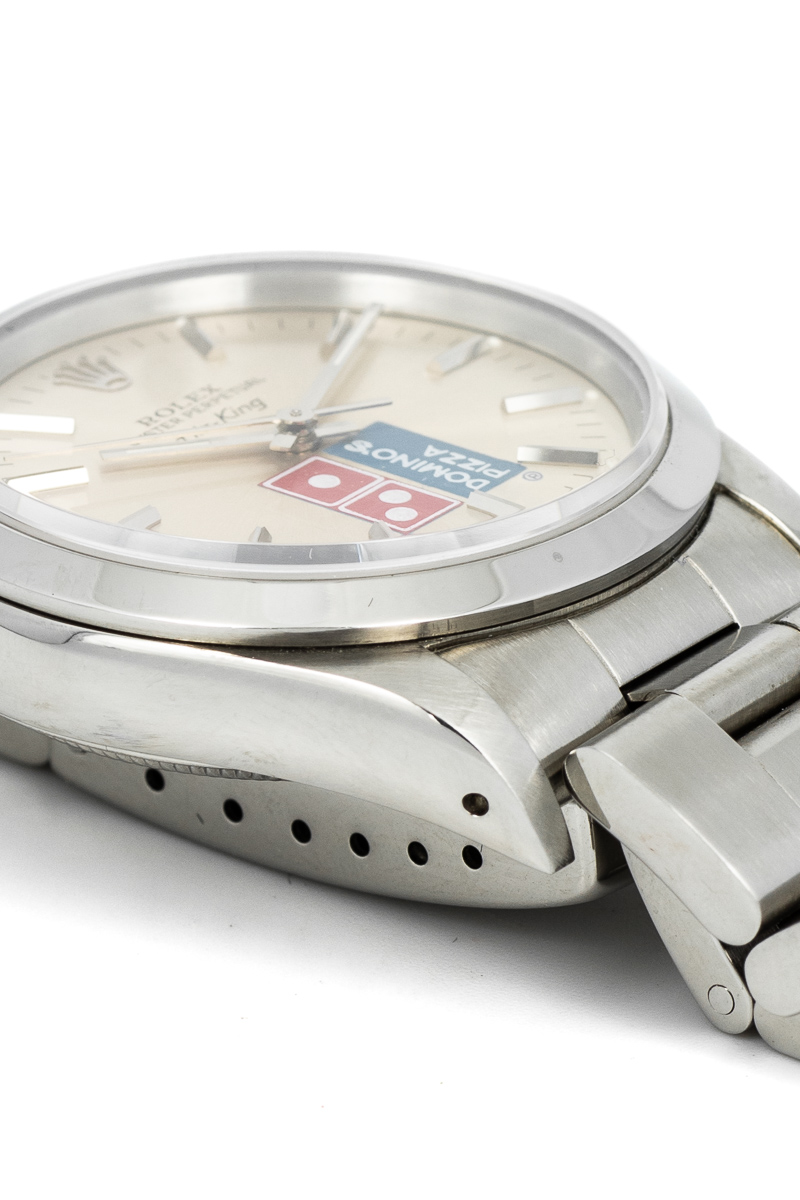 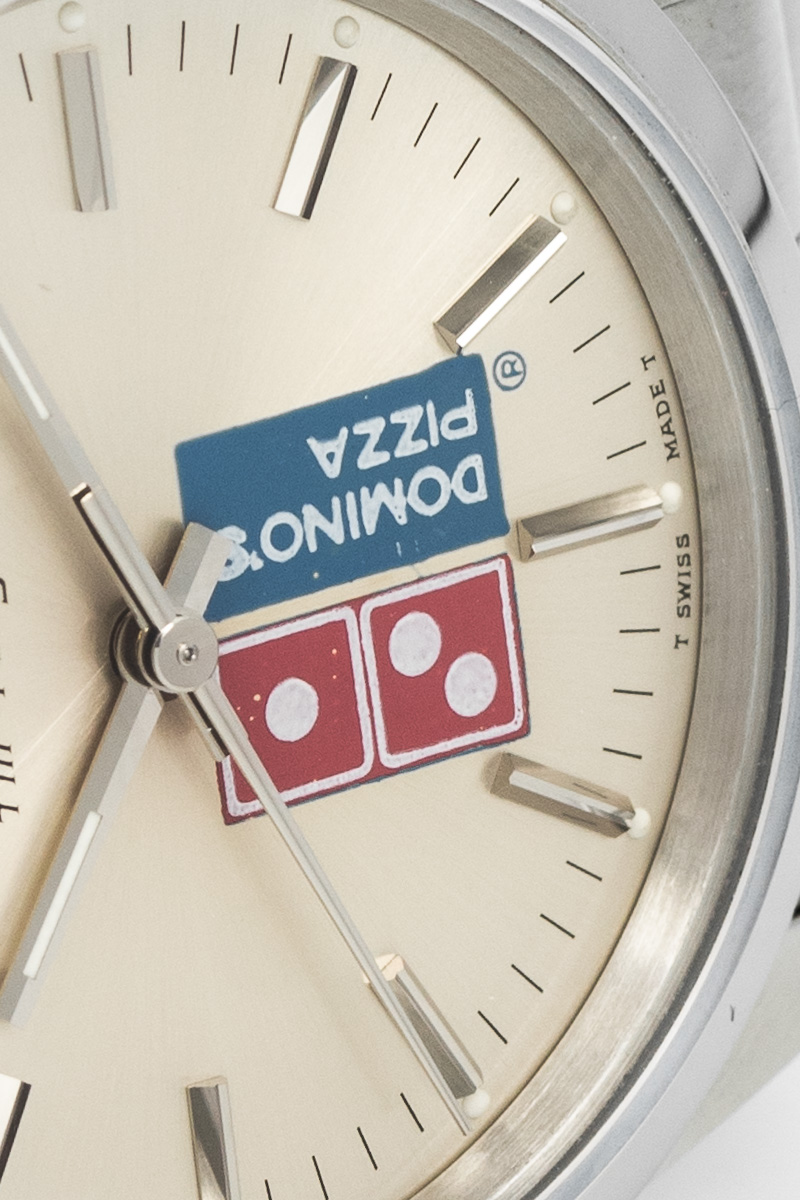 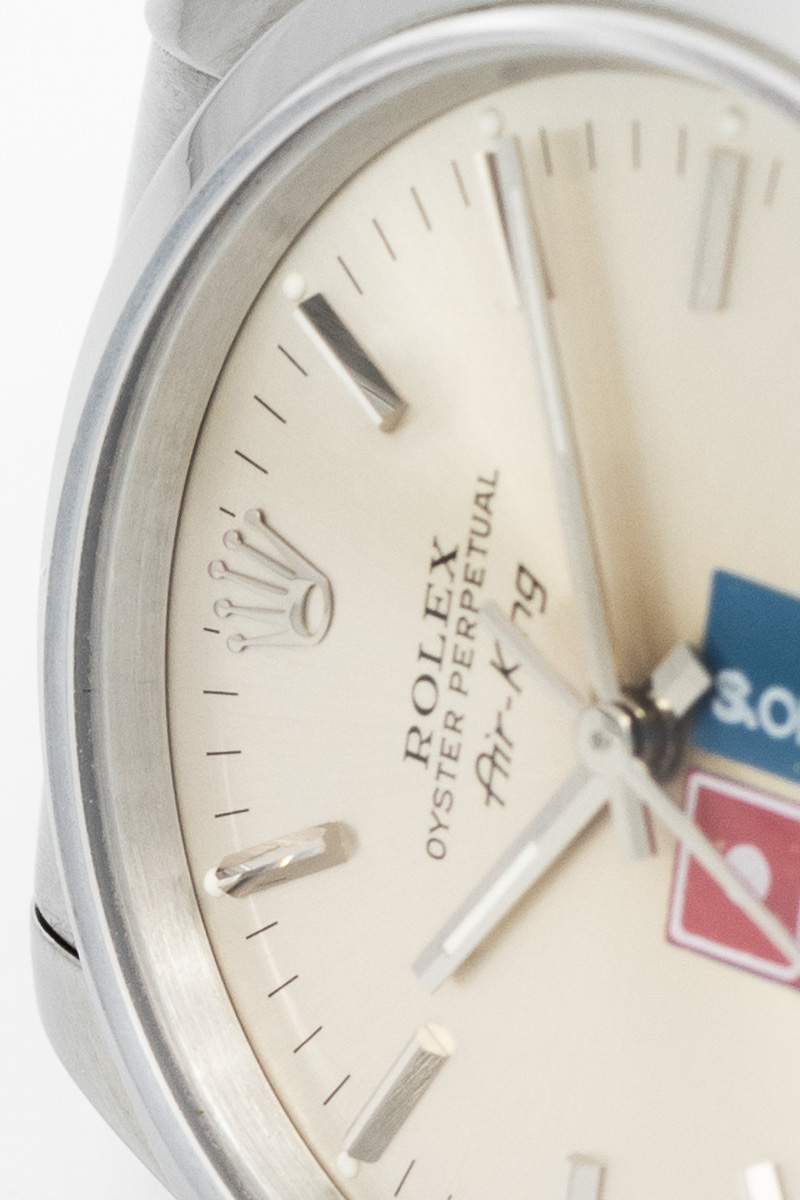 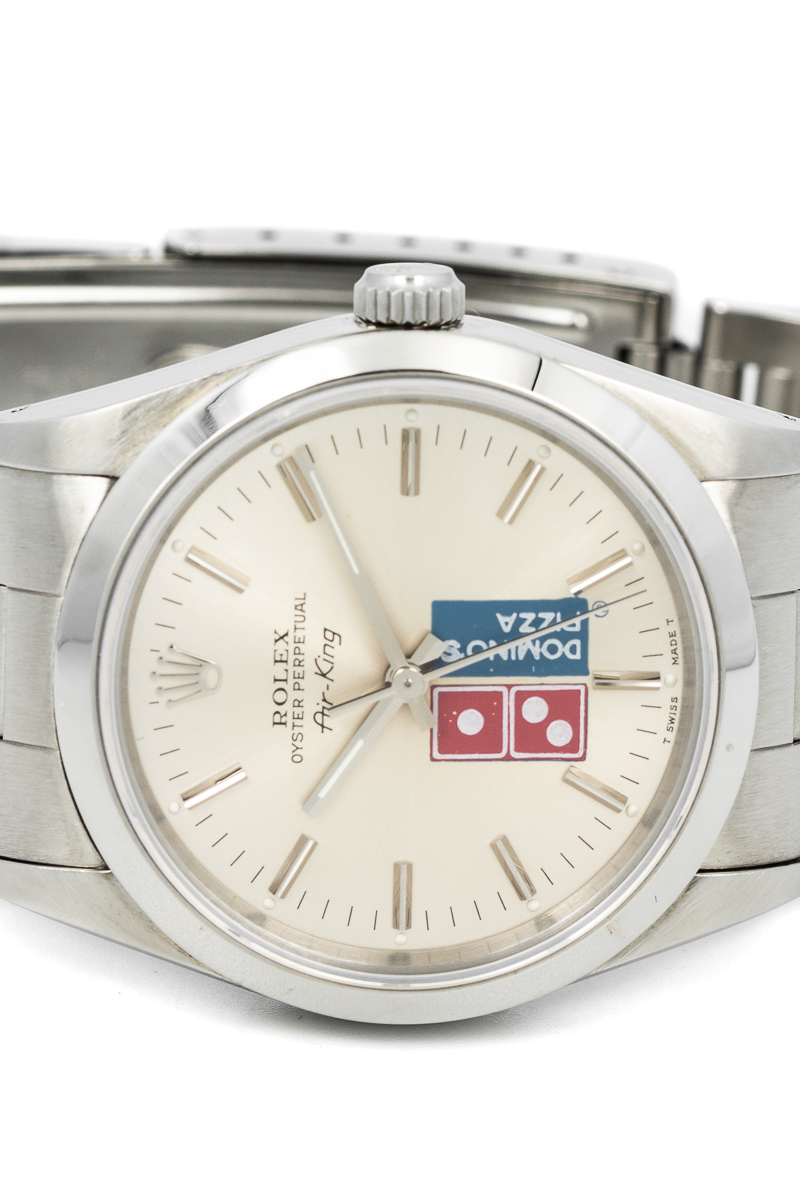 This is something special…

It was back in the 1980s when a Domino’s Pizza franchisee asked the president of the company where he could get a Domino’s branded Bulova watch like his. “Hit $20.000,- in sales this week and I’ll give it to you” was the response. The franchisee hit the target, got the watch, and inspired his president. What if he would incentivize sales targets with a watch? Not just any watch. A Rolex!

While there have always been third parties printing additional logos on Rolex dials, it is highly uncommon for Rolex to co-brand watches themselves. Yet, for Domino’s they made an exception. The Domino’s Air King was outfitted with the colorful Domino’s logo on Rolex premises in Geneva.

The cooperation started in the 80s and continued in this form until the early 2000s. Nobody seems to know how many were released in total, adding to the mystery. Later models, continuing until today, feature a less pronounced Domino’s logo on the bracelet, rather than the dial. But for the true connoisseur, this is the one to have.

Our specimen here comes complete with original box and papers.