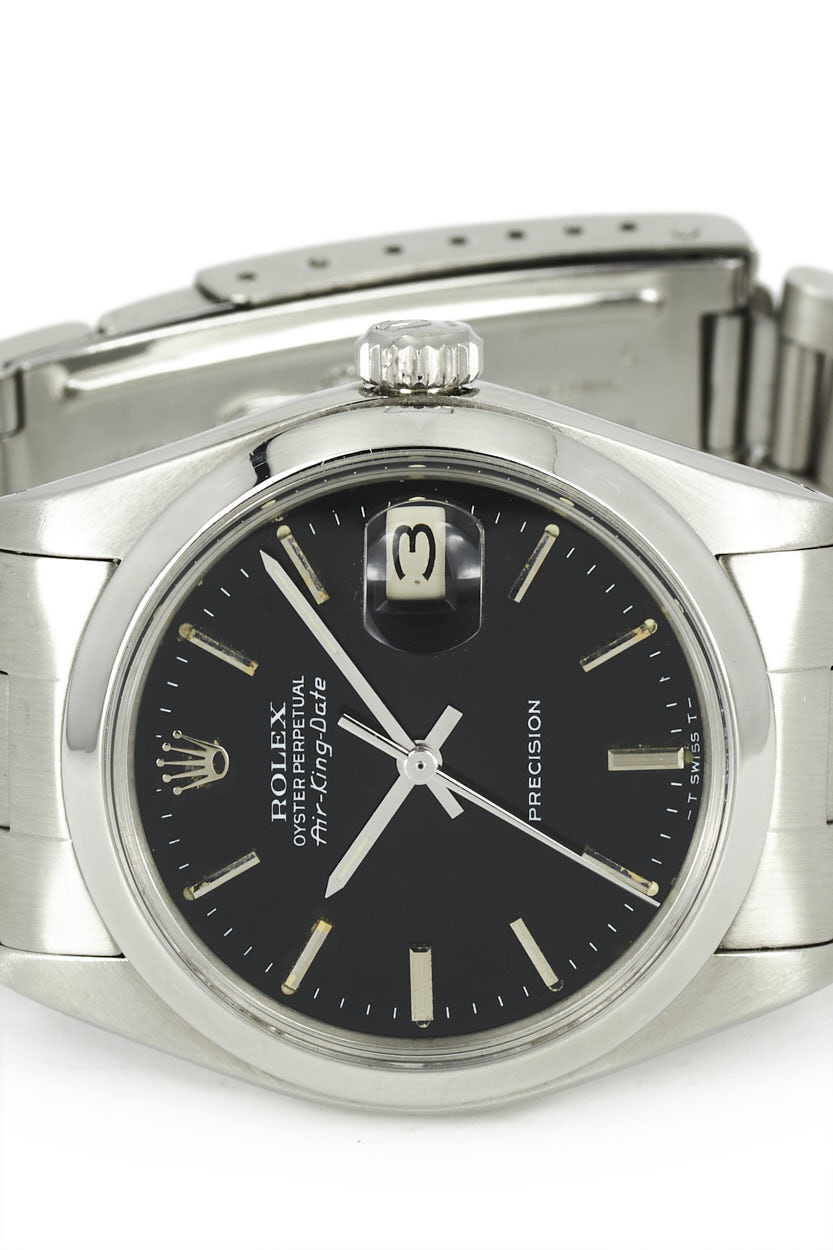 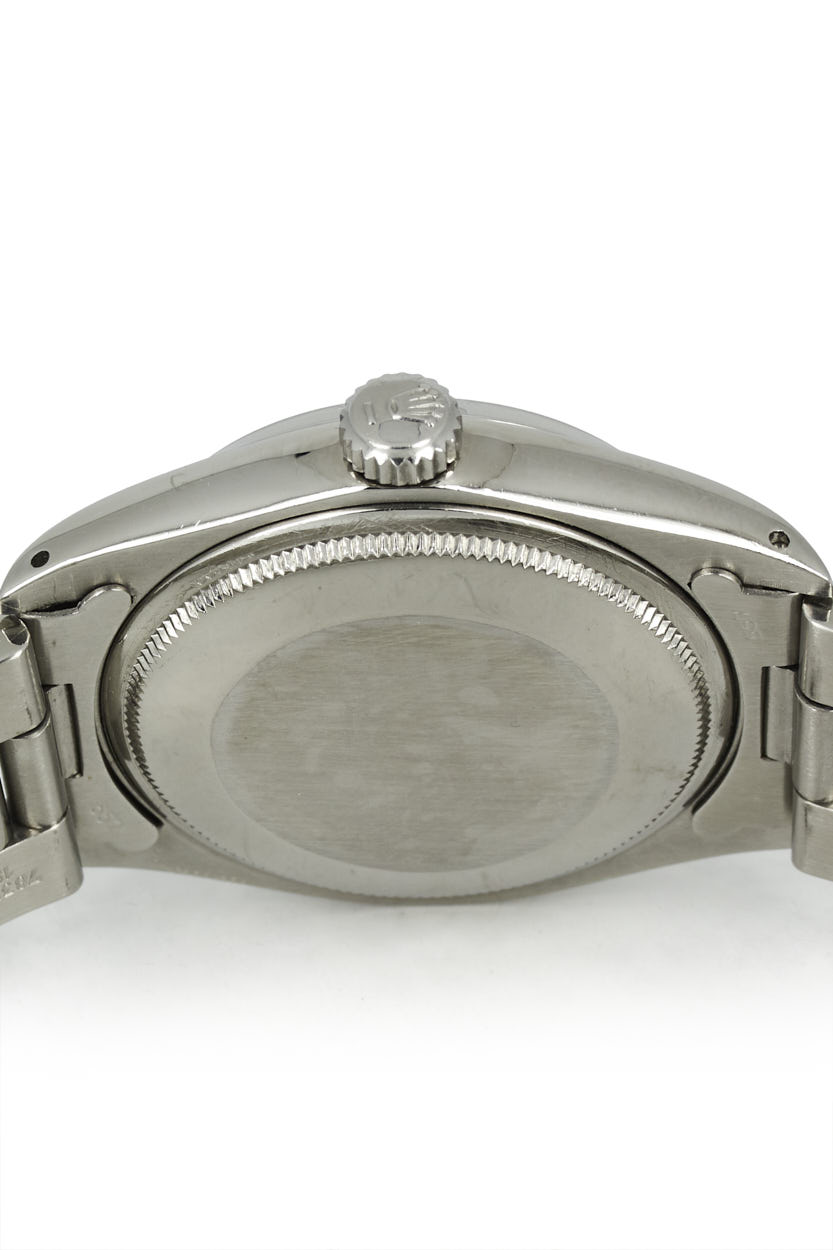 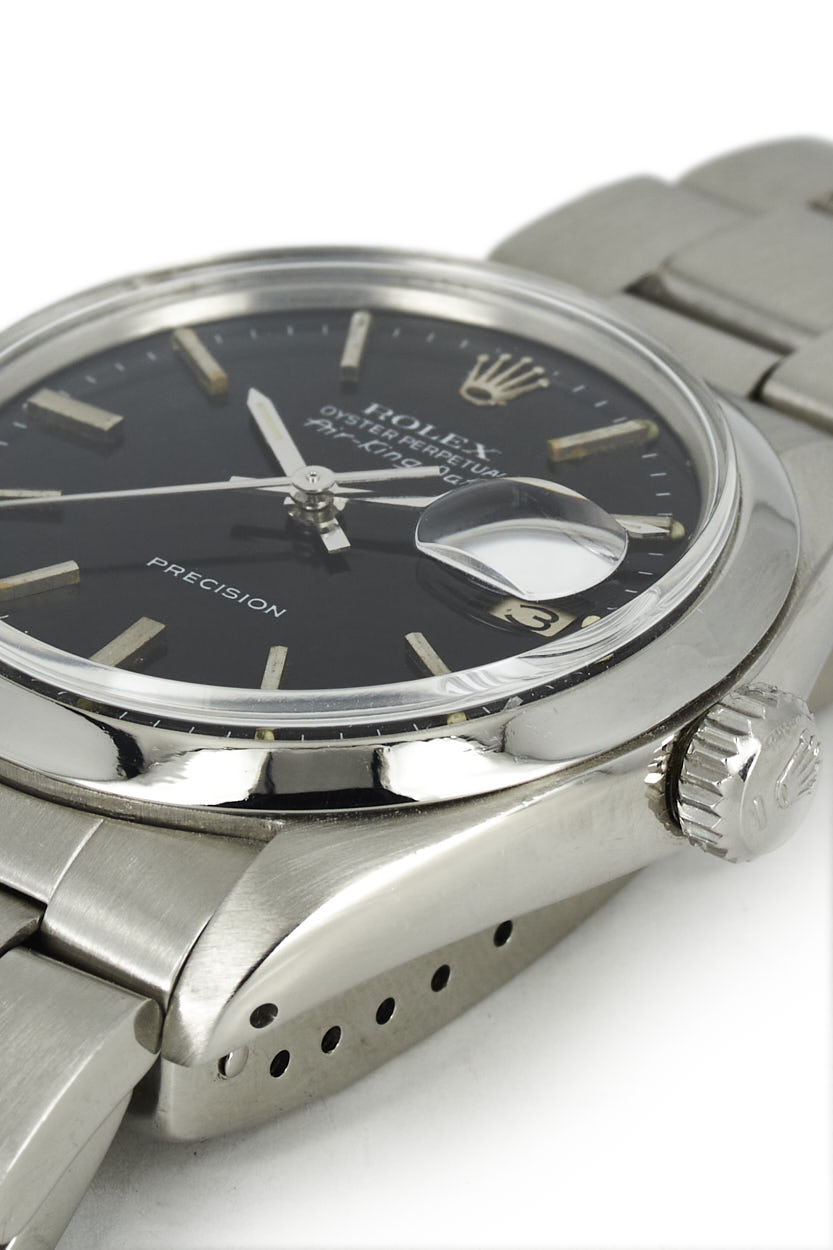 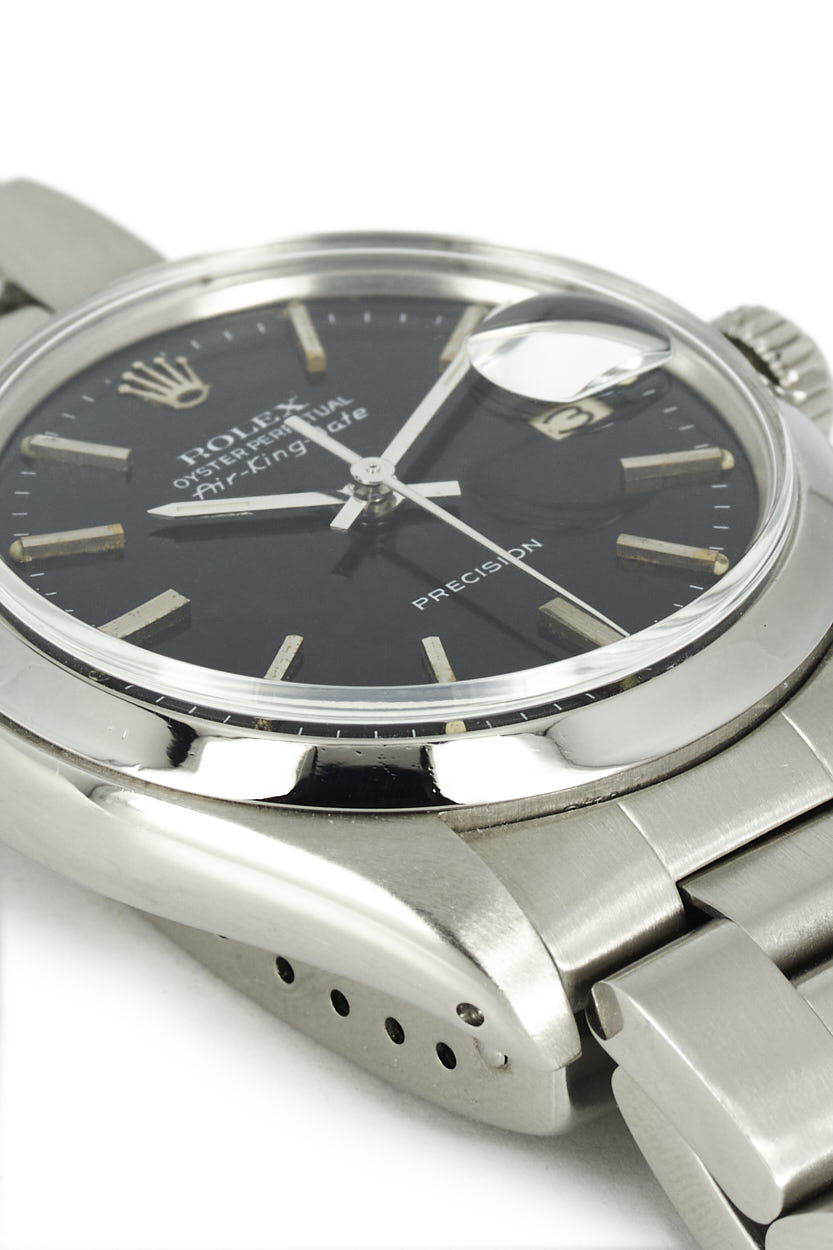 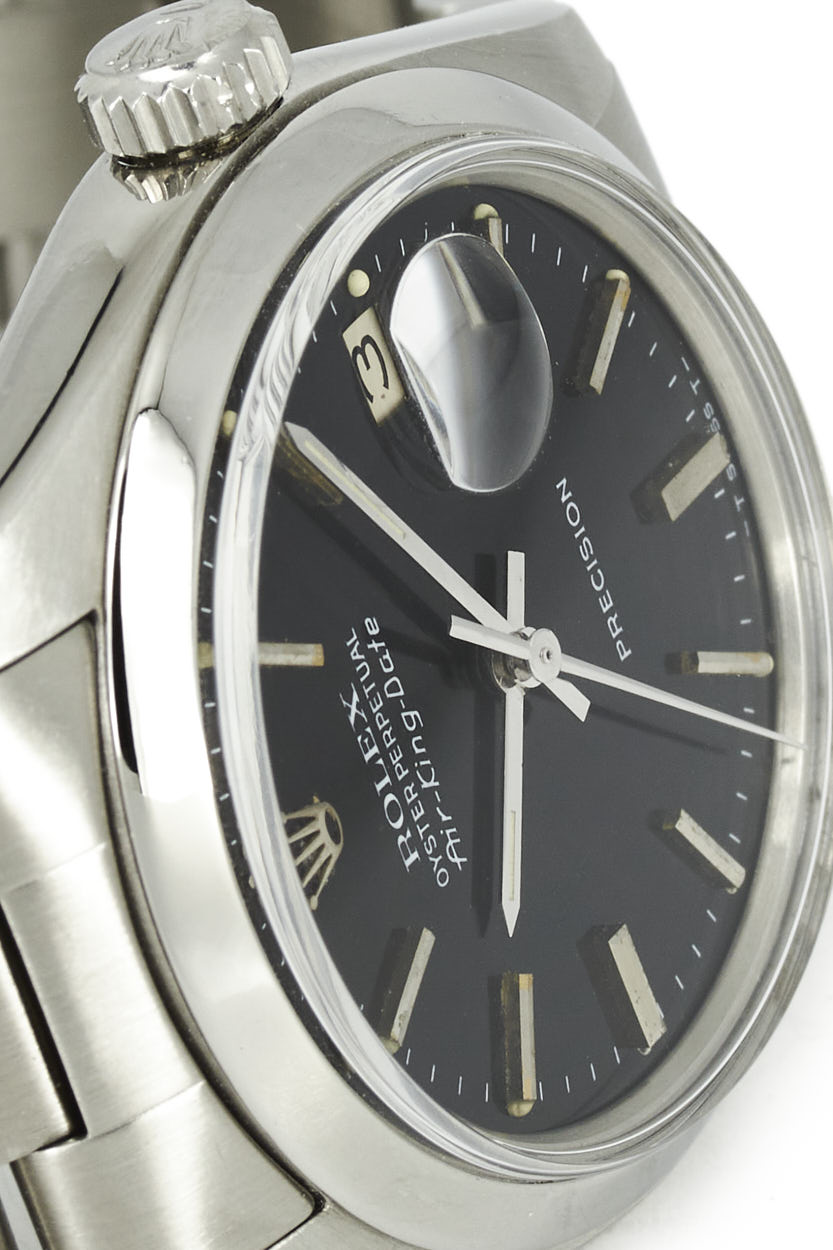 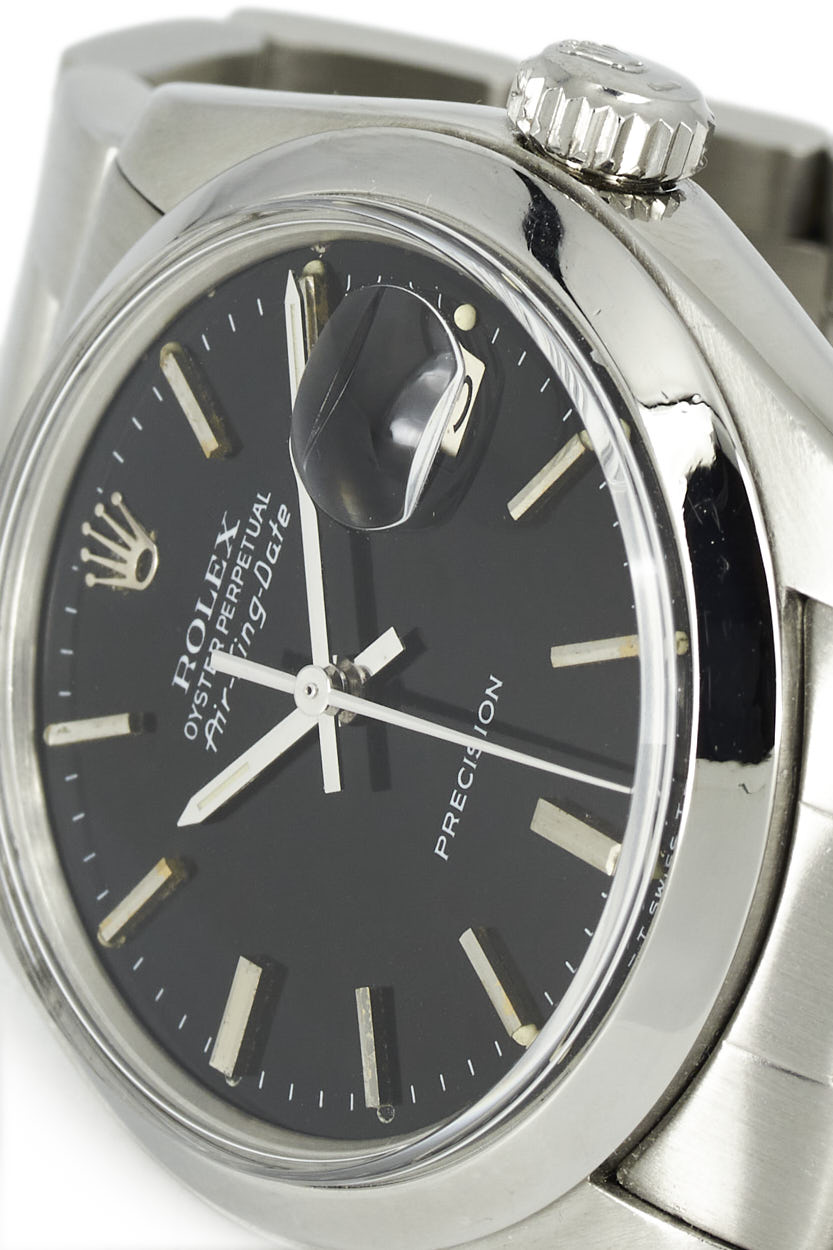 If you are looking for a black dial Rolex Datejust or Date, this Air-King might just be an amazing alternative for you.

Housed in a 34mm Oyster case, this watch is perfect for both men and women, big and small. And the Air-King comes with its own unique history that might just speak to you. Check the backstory below for a short recap.

Personally, we just love the cursive font of the Air-King-Date text below the brand. It adds a cool vintage, sporty vibe and a bit of liveliness to the stark black dial. Seriously, this watch is worthy of your consideration even if the Air-King was not previously on your radar.

Note that the handset has been replaced during a prior service.