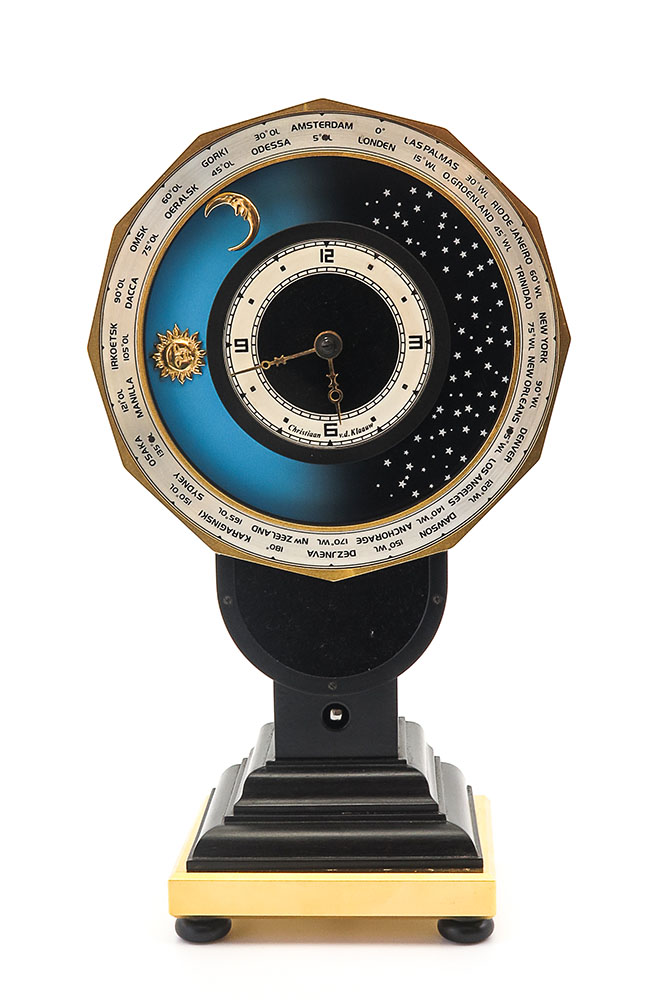 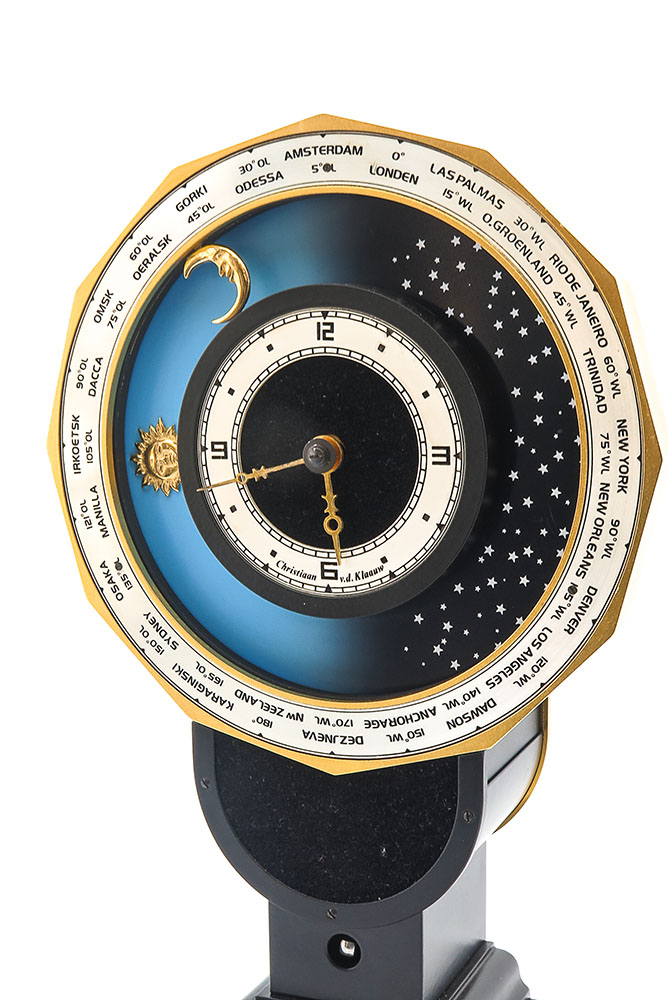 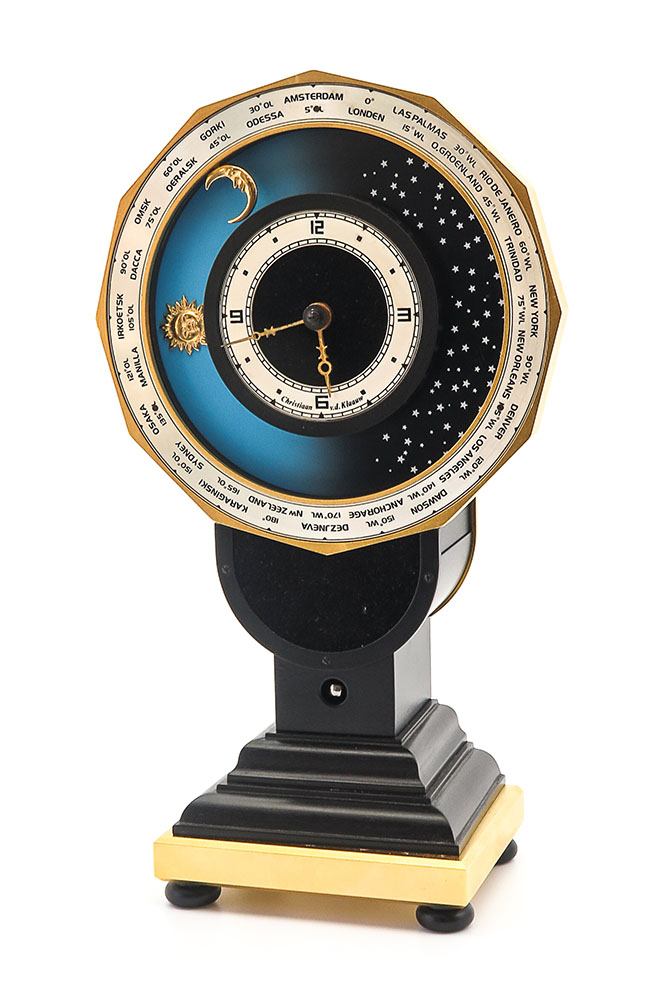 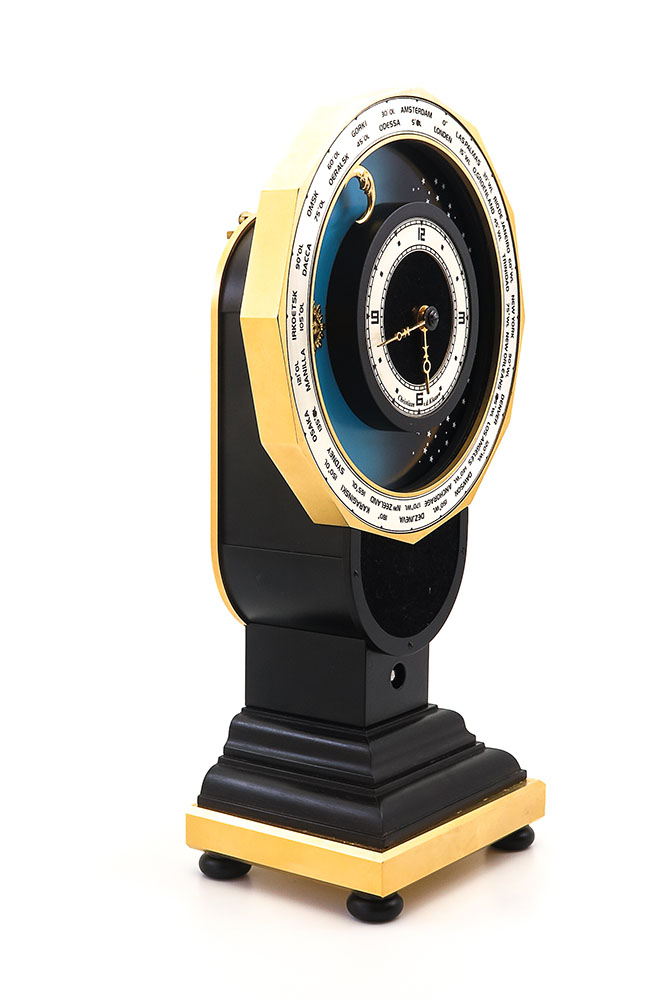 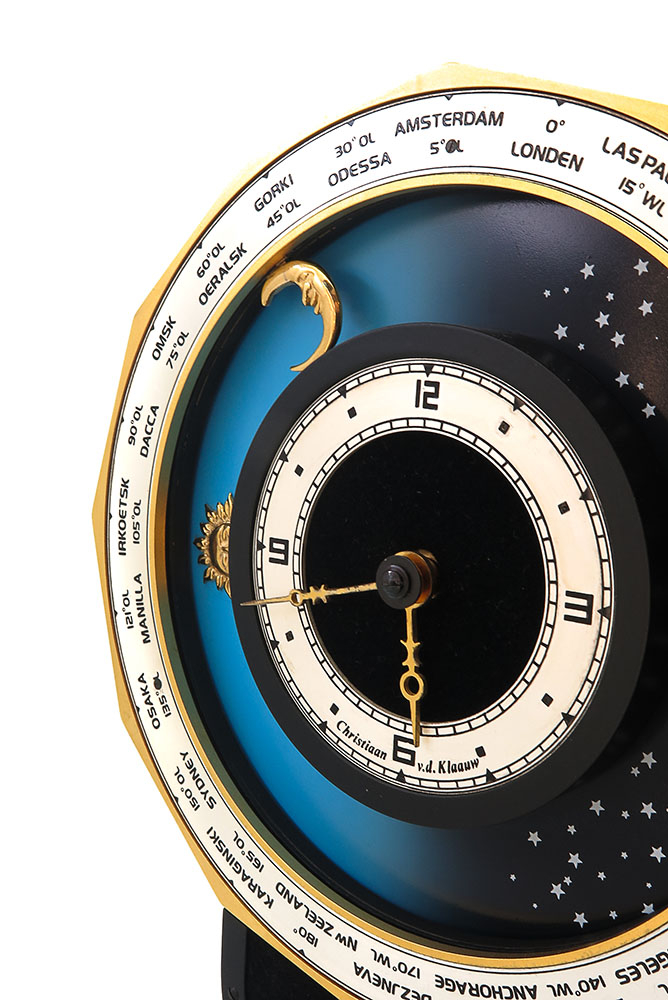 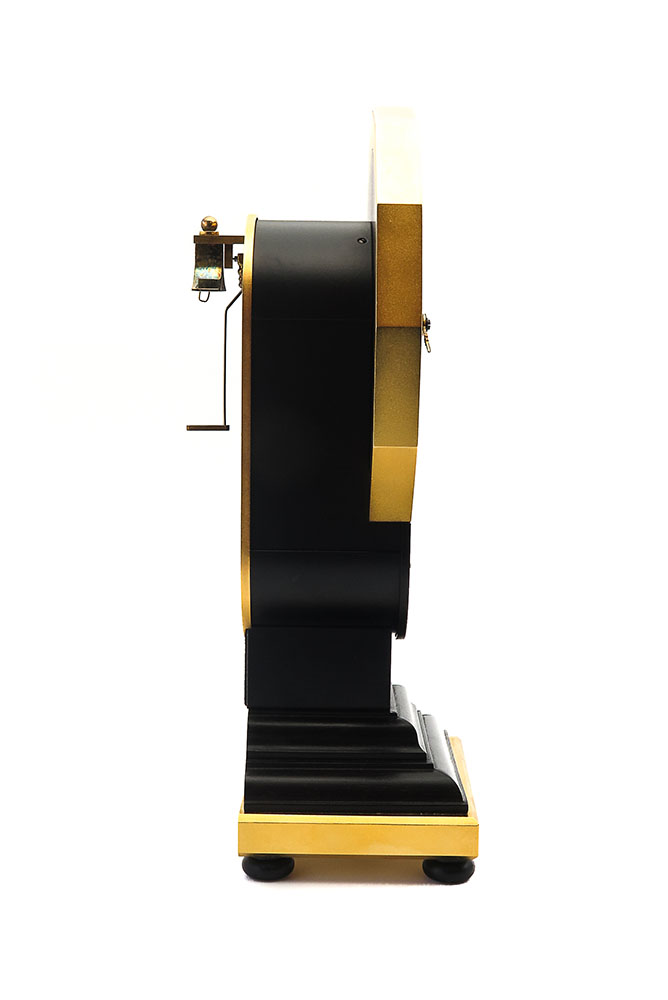 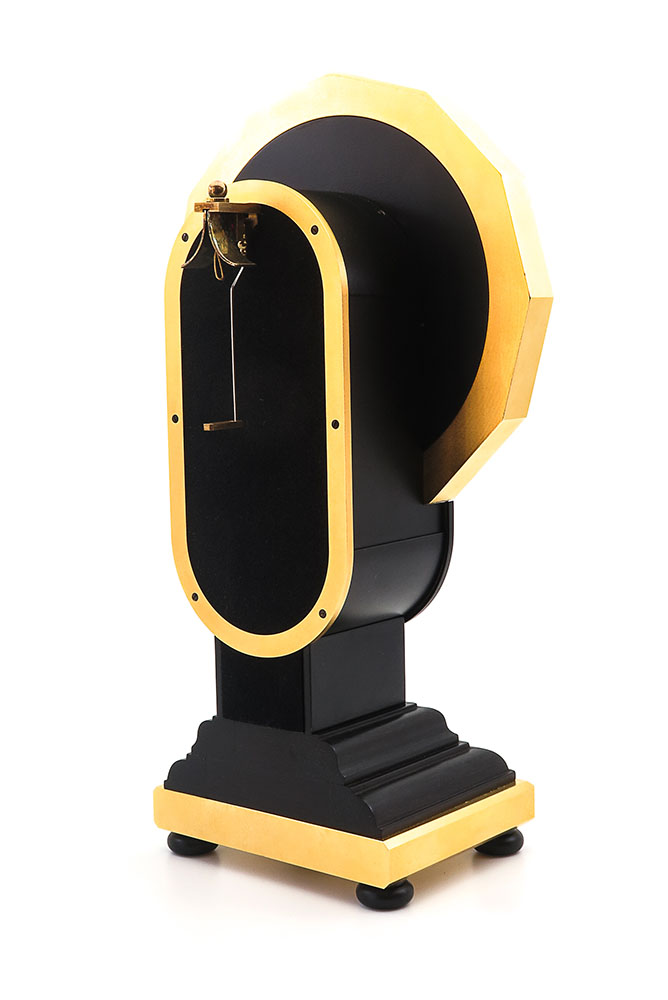 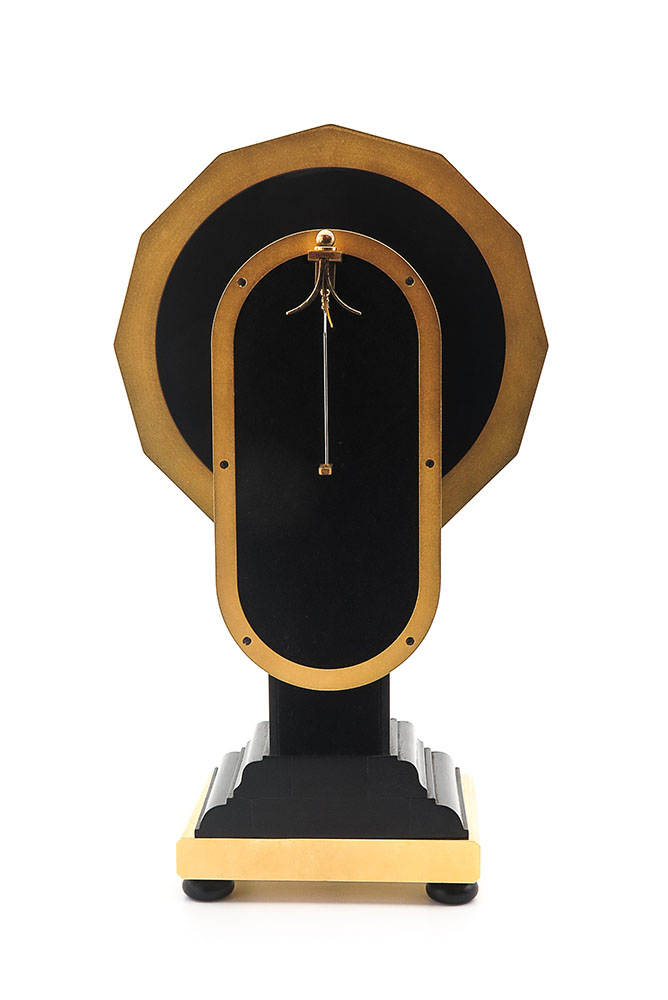 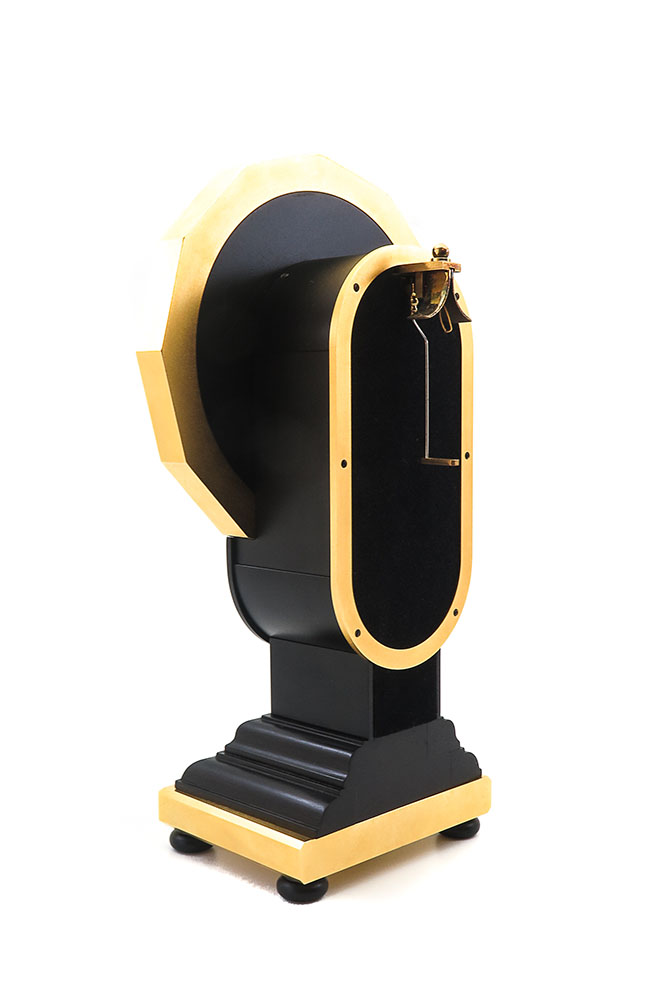 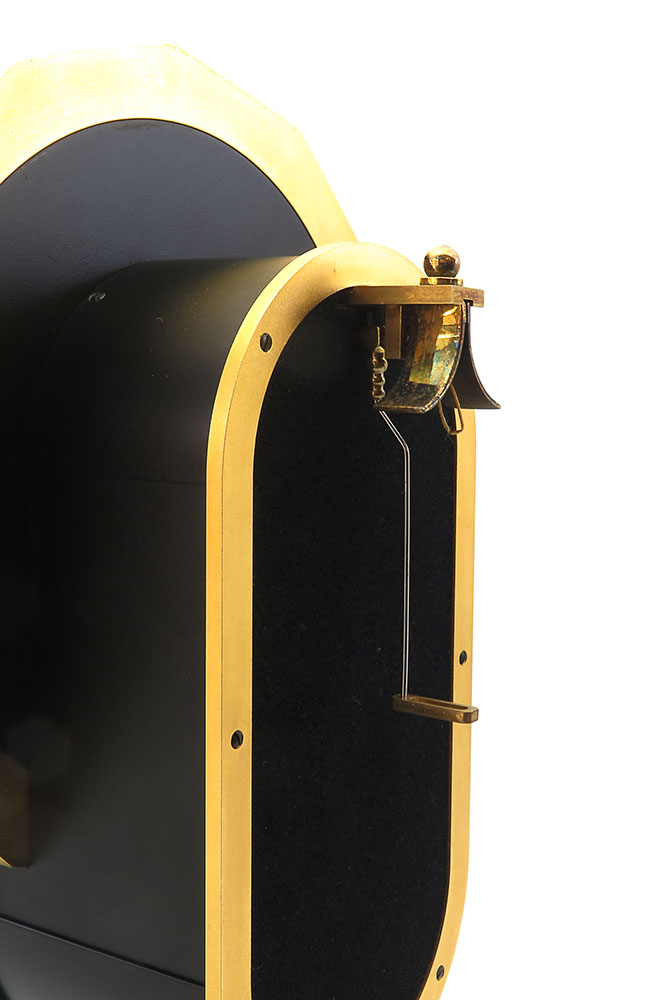 Christiaan van der Klaauw enjoyed his education at the Instrument makers school, founded in 1901 by Nobel laureate prof. Heike Kamerlingh Onnes. In the lovely Frysian village of Joure, Van der Klaauw started designing and developing his own handmade astronomical movements in the seventies.

With the Pendule, Van der Klaauw won the prestigious medaille d’or in Basel in 1992, settling him among the watch making elite. In the late nineties, Van der Klaauw designed one of his most innovative movements, the Planetarium. It was the world’s first planetarium to fit in a watch.

In the years of transition from clocks to watches, this ” Pendule Variable” clock was created. The clocks by Mr. Van der Klaauw were becoming more technical, modern and costly. In 1992, he received for this design, the award for the most innovative movement in Basel, Switzerland. This clock has served as an example for his future watch model “Satellite du Monde”. The moon and sunrise are both shown, where the moon indicates the quarters.

The technical computation to this function is very unique and M r. Van der Klaauw had made it so small, that it could be placed into a wristwatch. This was the beginning of his first in-house made, modular wristwatch.

This solid brass “Pendule Variable” clock is extremely rare. There are different versions and the exact numbers are unknown. This number 10 is complete with wooden travel box, glass dome, and papers.