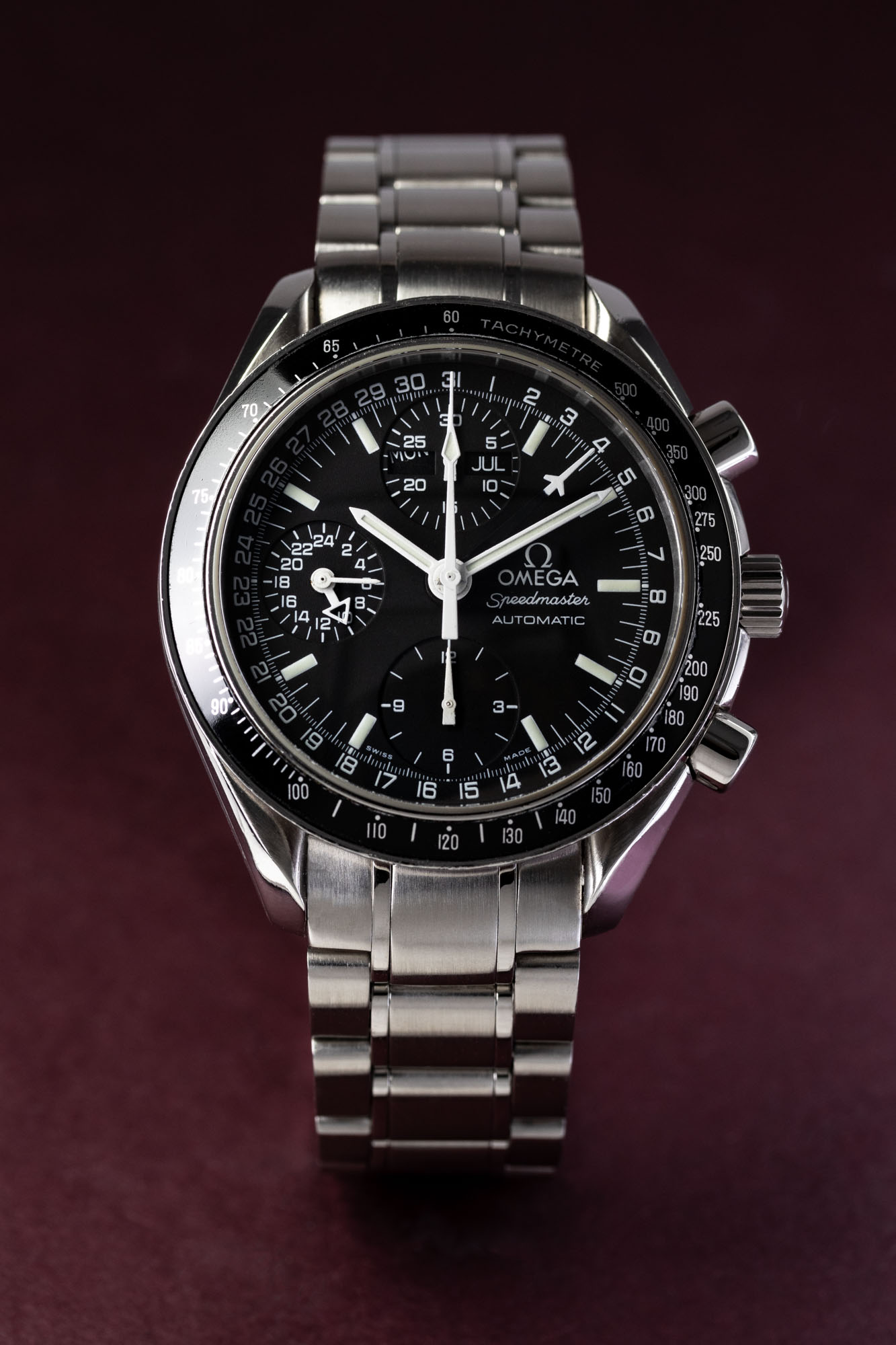 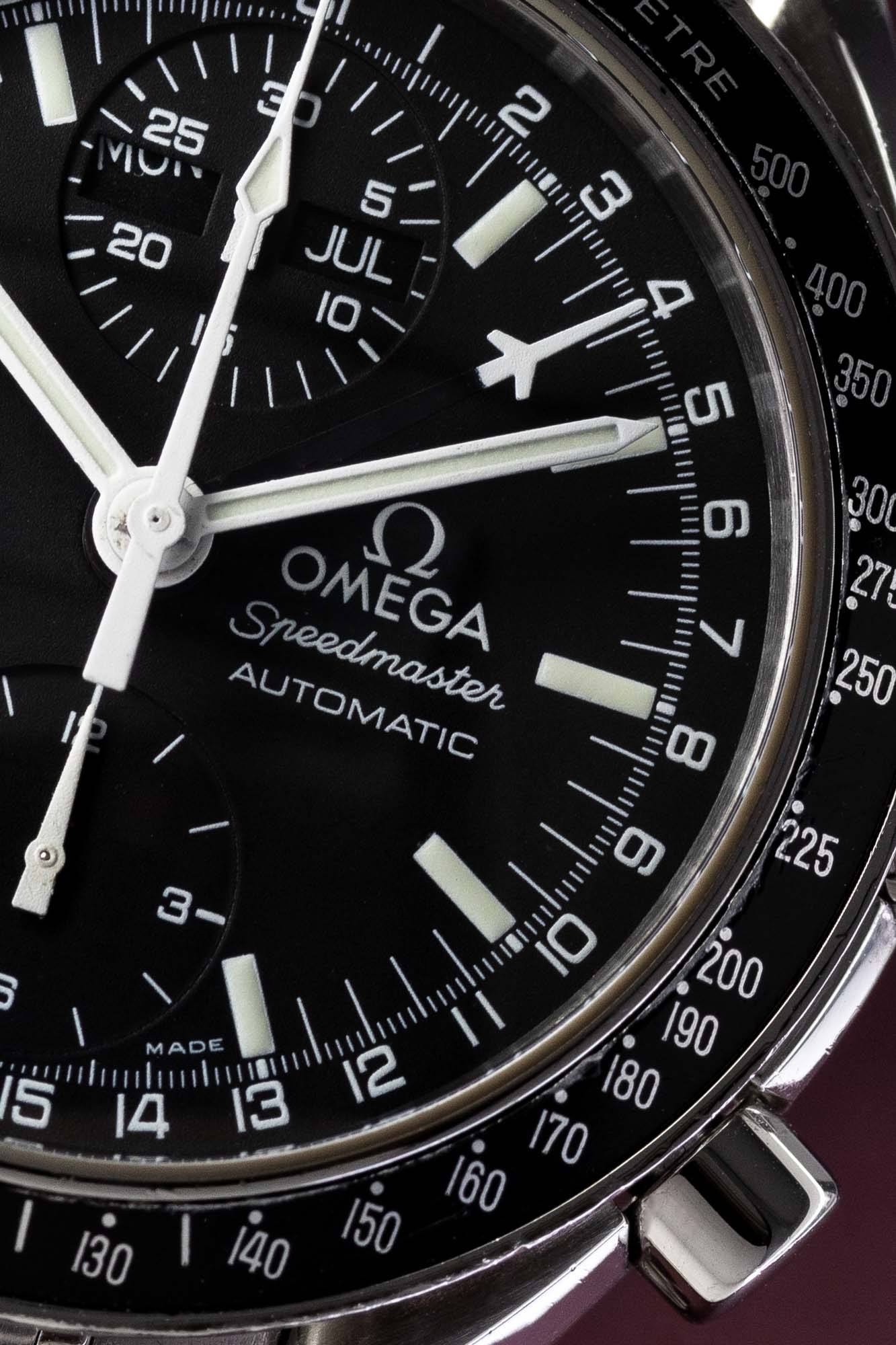 The Speedmaster Reduced comes in many shapes and forms. Here we have one that clearly resembles the original Speedmaster Professional. So if you love the Speedie pro, but the 42 mm case size just isn’t you! Consider this beautiful reduced at a more modest 39mm case size.

This example comes with a pointer date, a twenty-four-hour indicator, a day and month display, and of course a chronograph. To say it is packed with functions is an understatement.

Come and try this Speedmaster Reduced Ref. 175.0084 in our boutique at Reestraat 3 in Amsterdam.