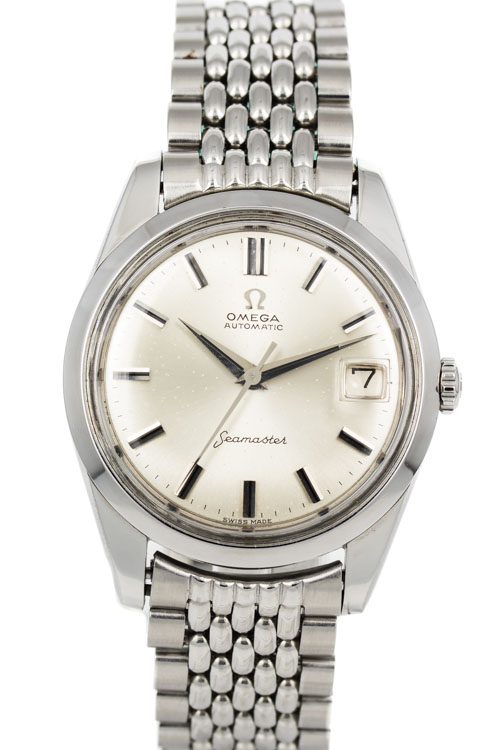 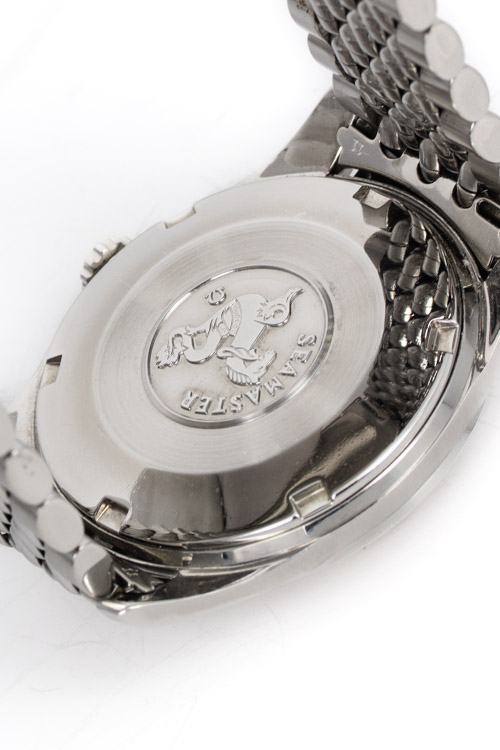 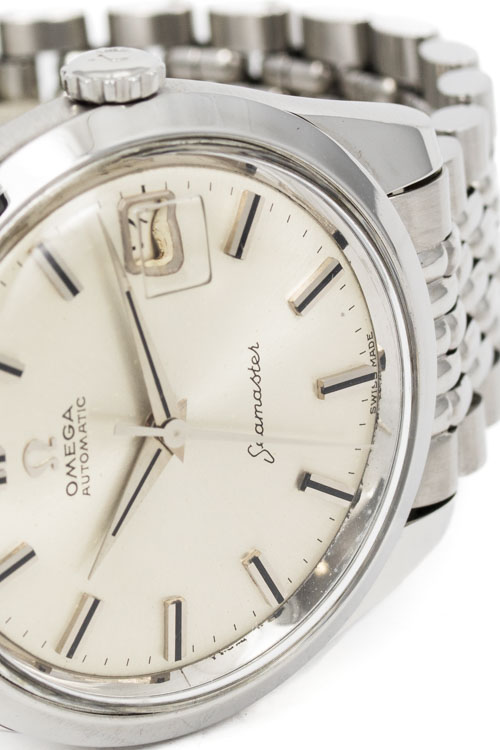 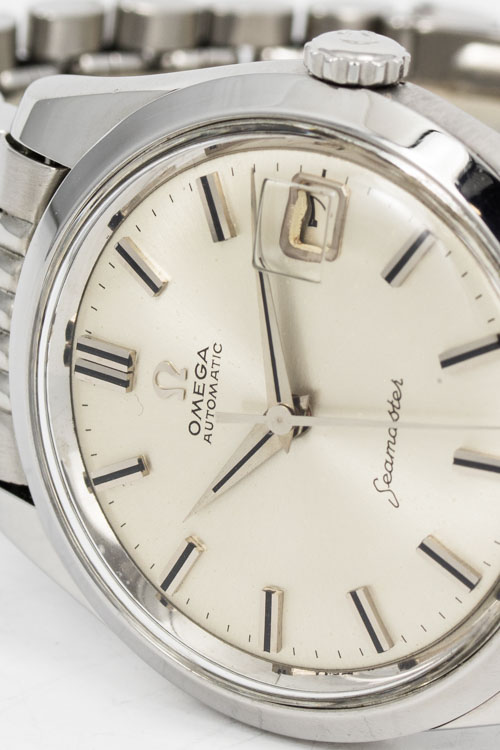 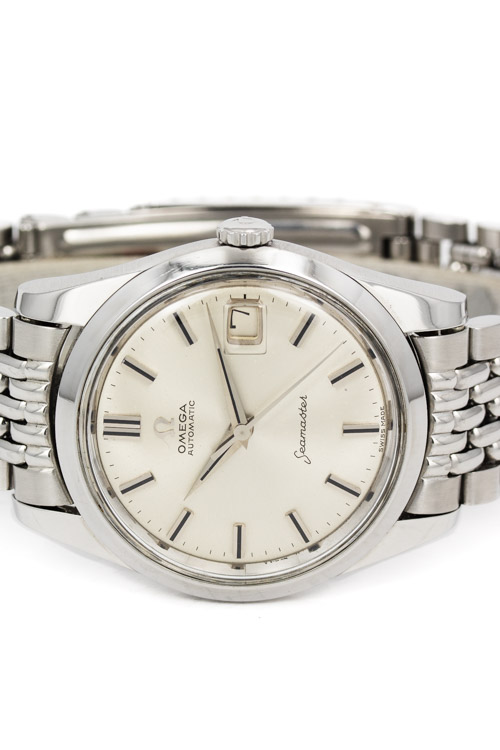 So you are looking for a vintage watch with a date function and a design that is perfect for everyday use and any occasion. But you are not into the Rolex Datejust, or you want to keep the budget a bit more reasonable. Where to look?

The Omega Seamaster Ref. 166.010 is a beautifully timeless watch that is equally at home with a three-piece suit as it is with a bleached denim shirt. Its case might measure a modest 35,5mm, but the thick smooth bezel and beefy lugs give it all the sporty wrist presence you could desire.

The silver sunburst dial is ever so slightly domed and fitted with black-filled applied indices. The sharp dagger handset provides a poised and powerful aesthetic.

This very capable Omega comes on the original beads-of-rice bracelet and is ready for a new owner to enjoy for years to come.