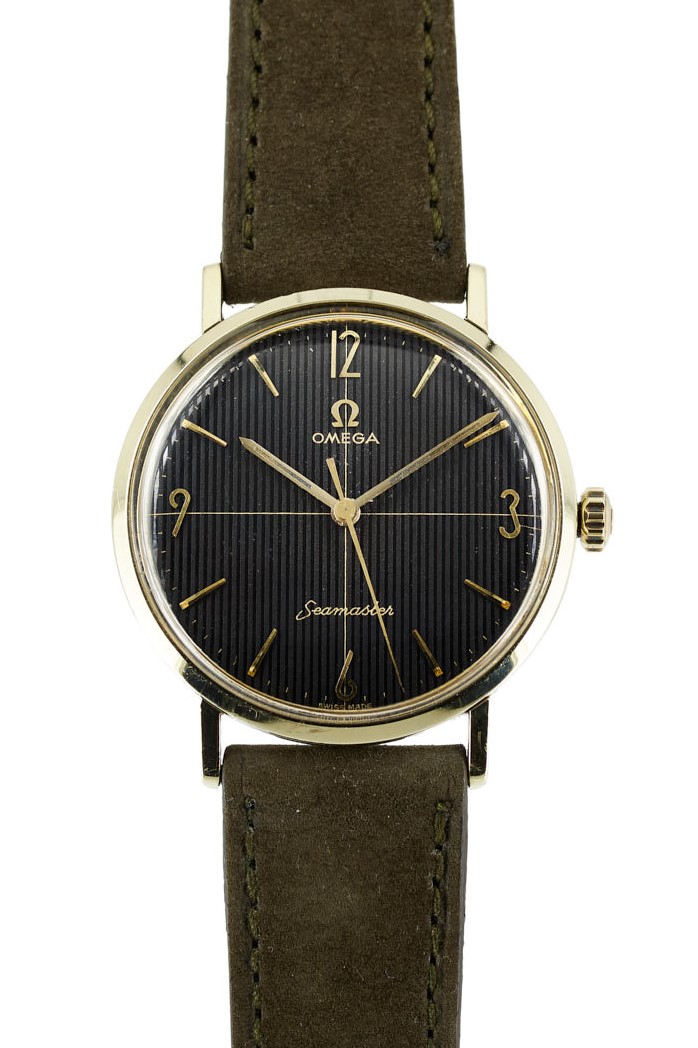 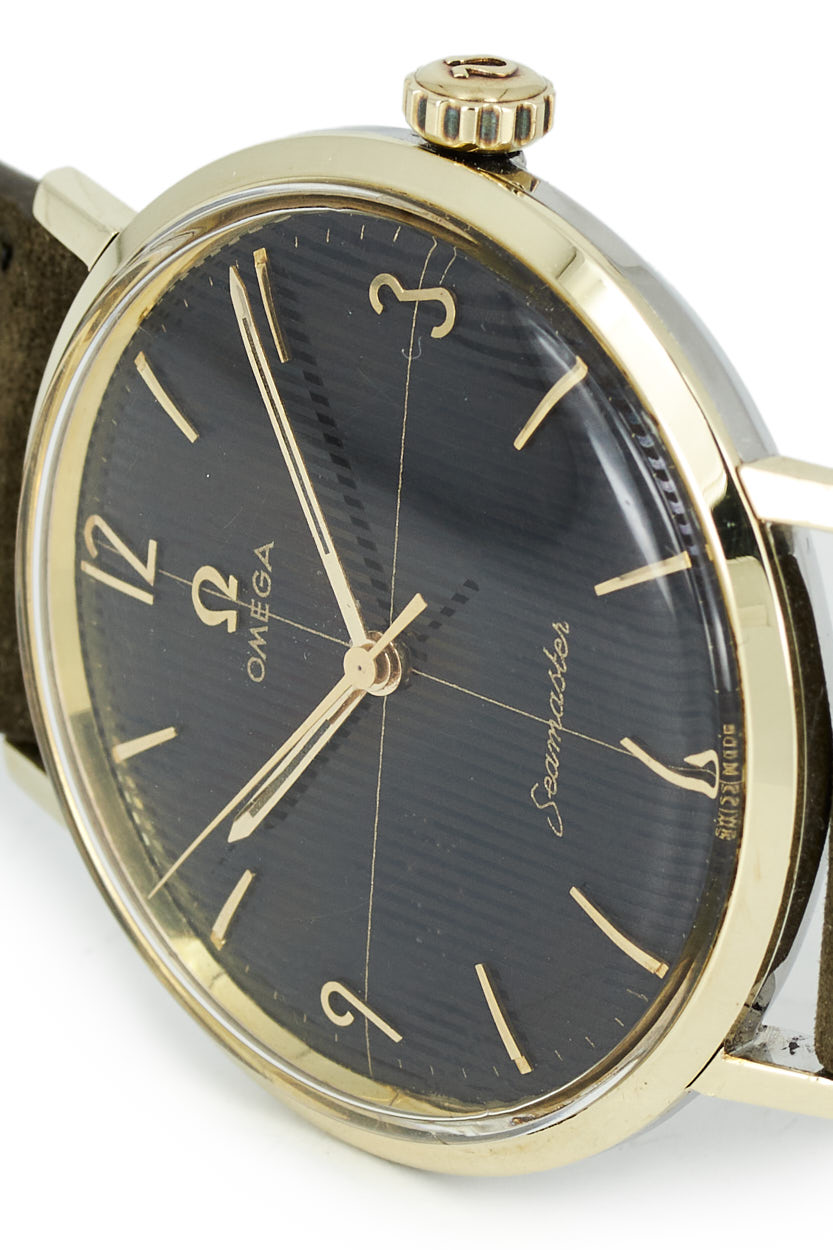 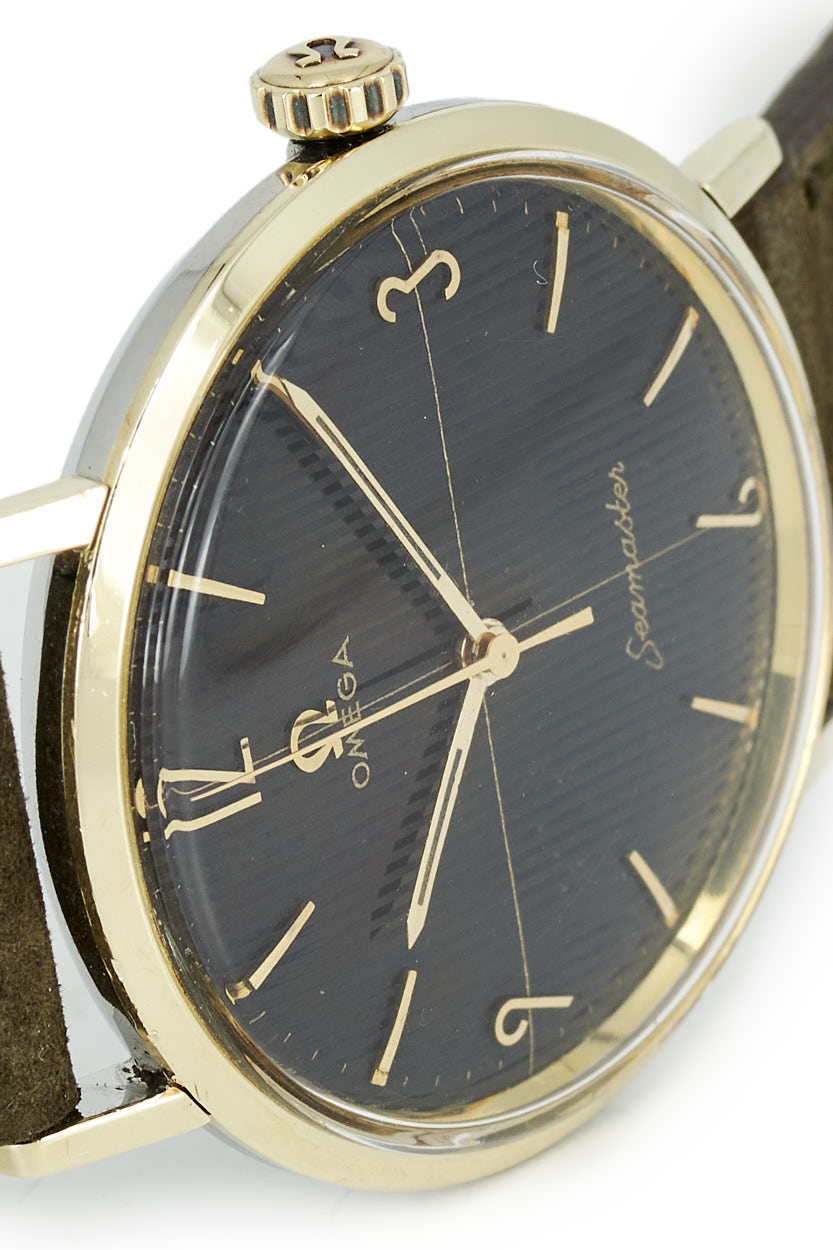 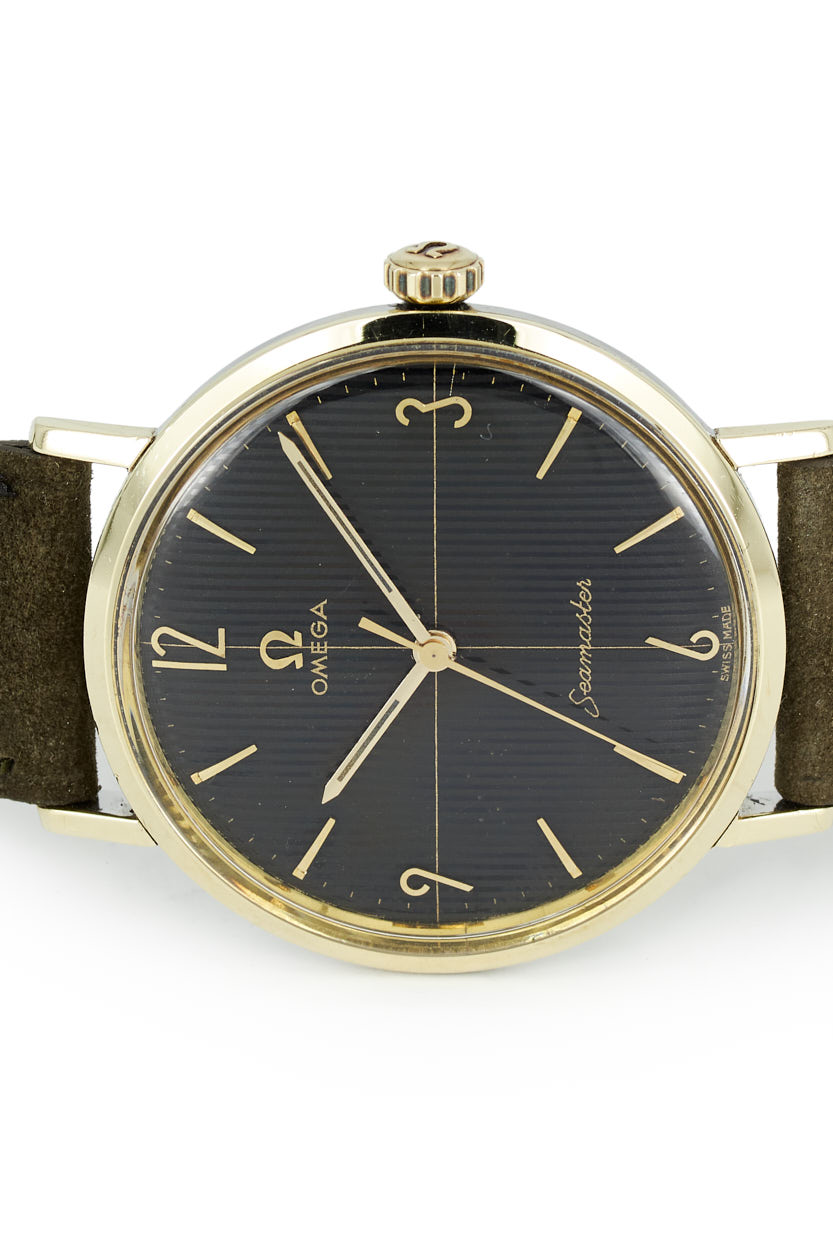 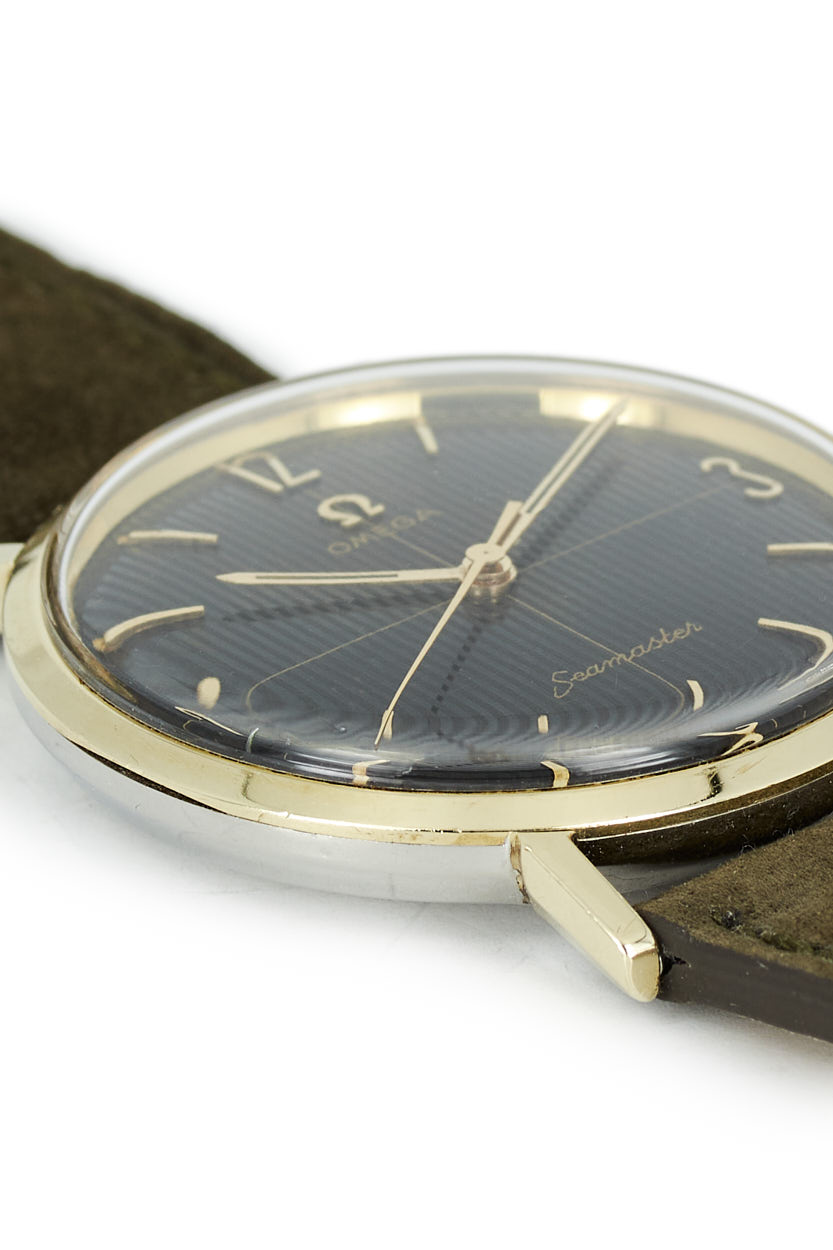 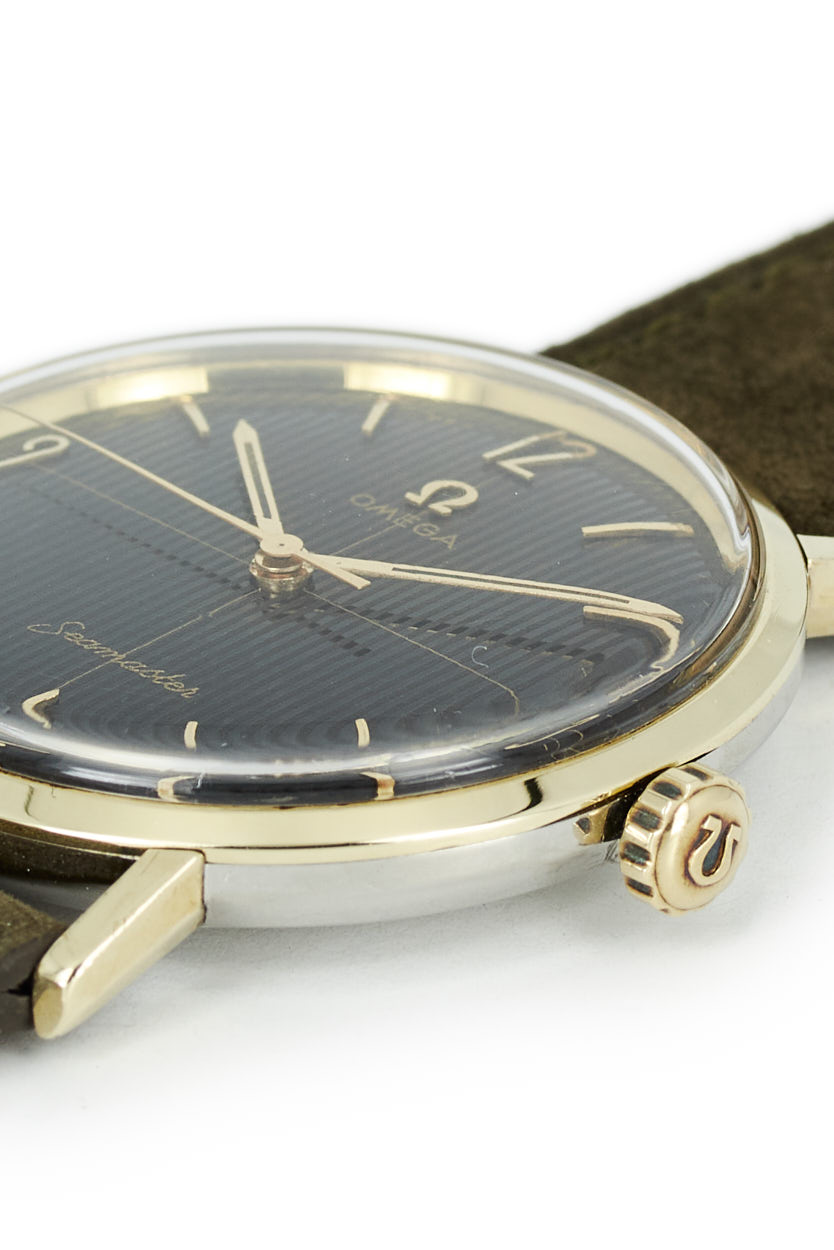 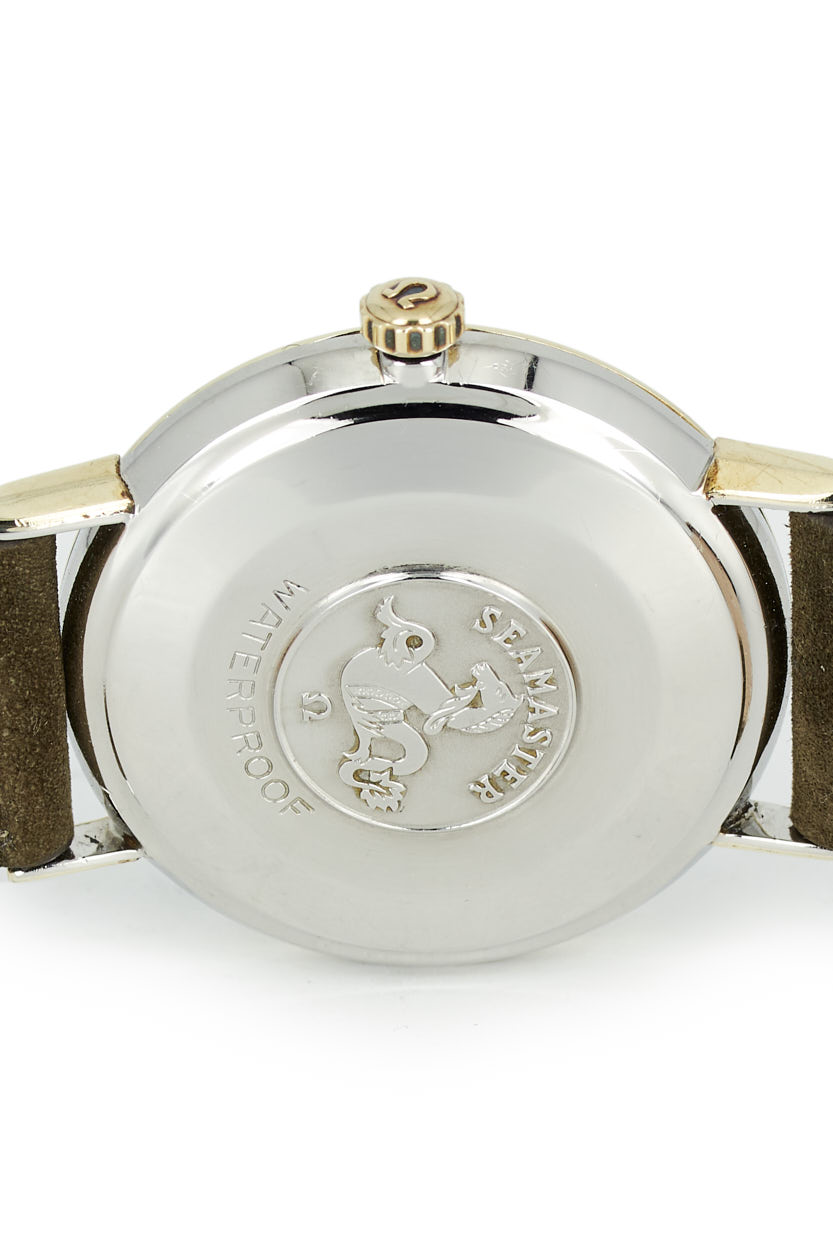 Once you dive into the Omega Seamaster universe, you will come across an endless range of varieties and subtle details. On offer here is an example that is packed with such special features!

For starters, it comes in a sharp gold cap case. While that is very nice, it is not where the real magic of this watch is found.

The real magic is in the dial. A black dial Seamaster is rare. A black Tapestry dial, with alternating matte and gloss vertical striping is far rarer. But that is not all. This is also a Cross-hair dial, with an ultra-thin cross executed in gold tone, dividing the dial in four sections. And if that is not enough, this beauty comes with some truly unique 12, 3, 6 and 9 numerals in a funky 1960’s font.

This is a dress watch for the connoisseur. An Omega Seamaster for those with fine taste and a keen eye for detail. If that sounds like you, come and try it on!