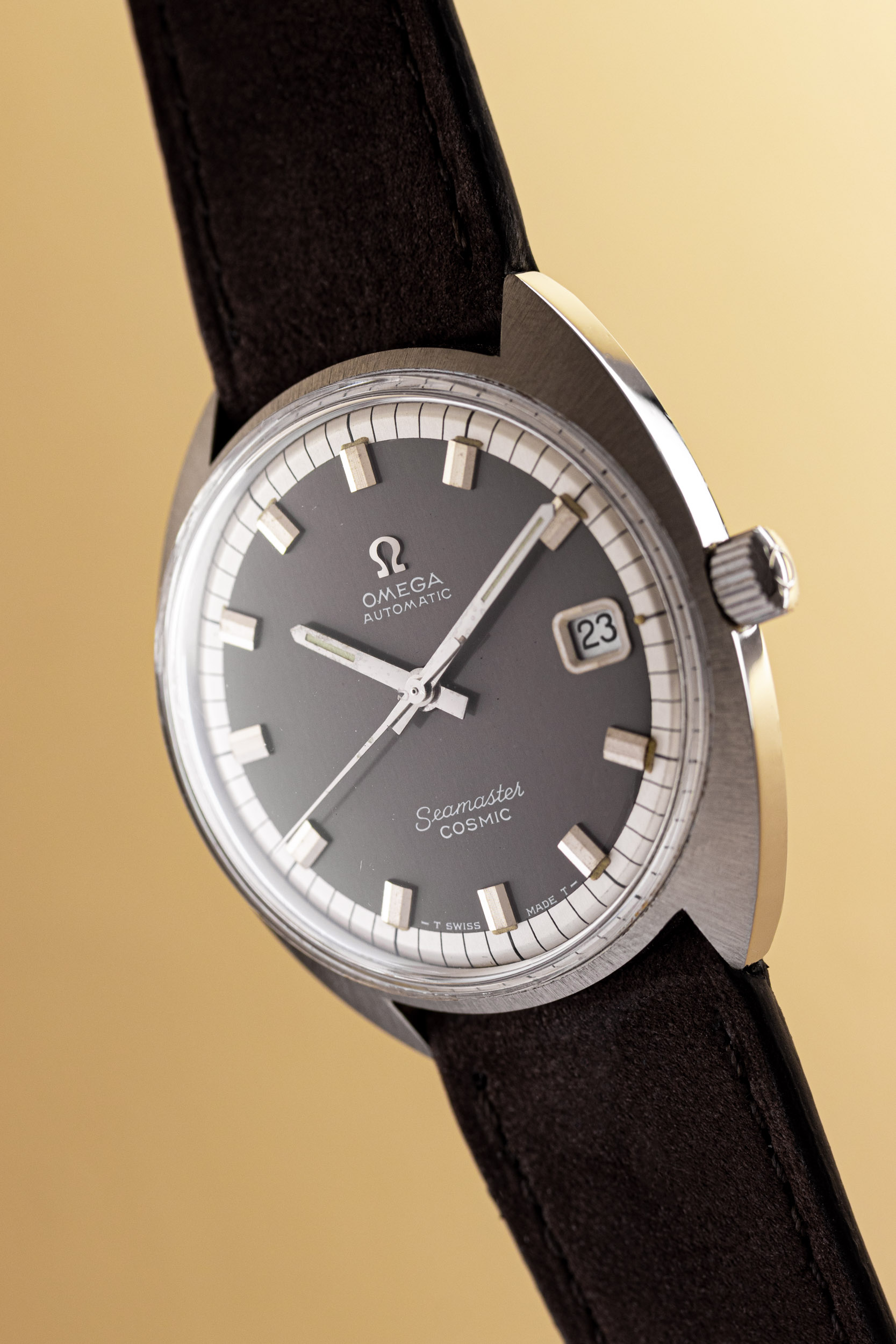 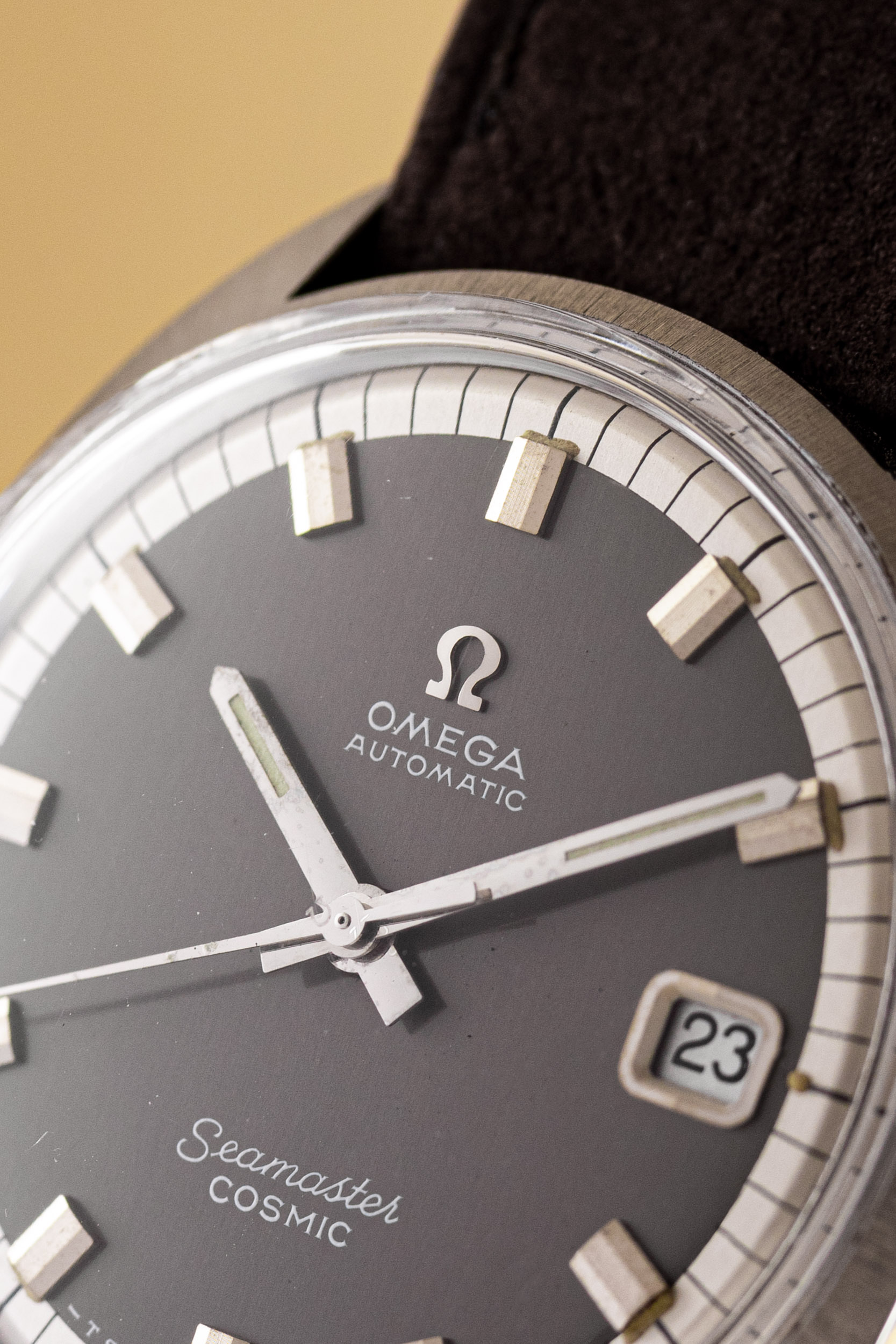 ere is a lovely, all original Omega Seamaster Cosmic from 1970. The charcoal dial is in excellent condition, with a steel Omega logo and block steel hour markers with the original lume dots at the ends. The white outer chapter ring has charcoal stripes per second. Some marks can be seen around the top of the dial. The date can be quick-set by repeatedly pulling the crown out to the outermost position and is displayed in the steel framed window at 3 o’clock. The steel baton hands have the same original lume as the hour markers and are in fine condition with some minor aging.

The monobloc cushion shaped stainless steel case has a sunburst pattern and thick beveled integrated lugs as was common on this model, giving it a very solid look on the wrist and also making it look bigger than it is. It is in fine condition, with some overall wear. The brushed stainless steel case back has a well-preserved hippocampus logo engraving and is overall in fine condition with a few nicks and scratches showing. We have placed a nice grey strap on this watch to make it a whole.

Inside the watch, Omega’s fantastic 565 movement beats strongly and accurately.  The watch was fully serviced and comes with a 12-month warranty on its proper mechanical functioning.

This Seamaster Cosmic looks stunning on the wrist with the dark grey dial and grey leather strap. This is a watch that can be worn as a daily driver while also adding that special flair to special occasions.