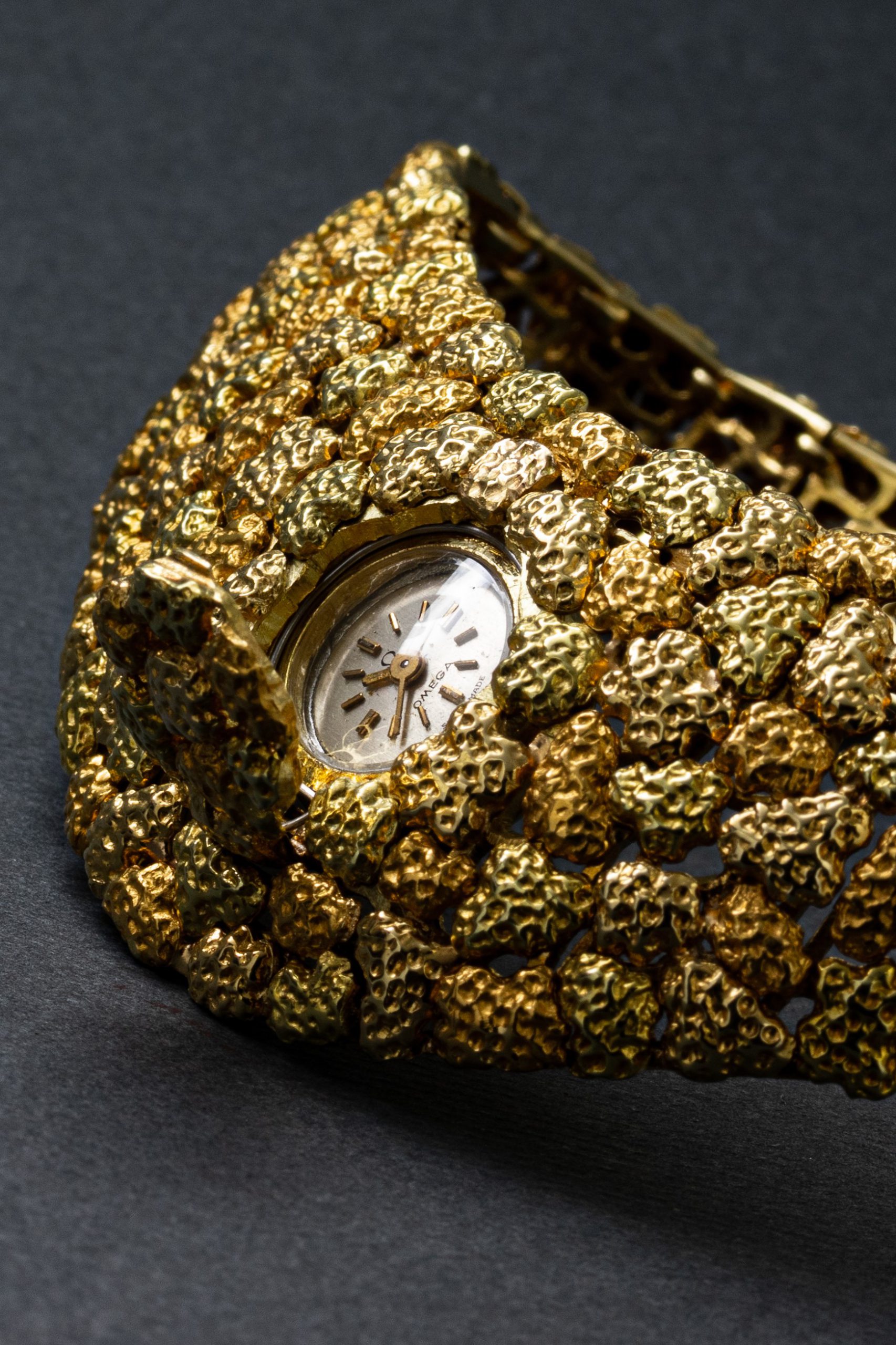 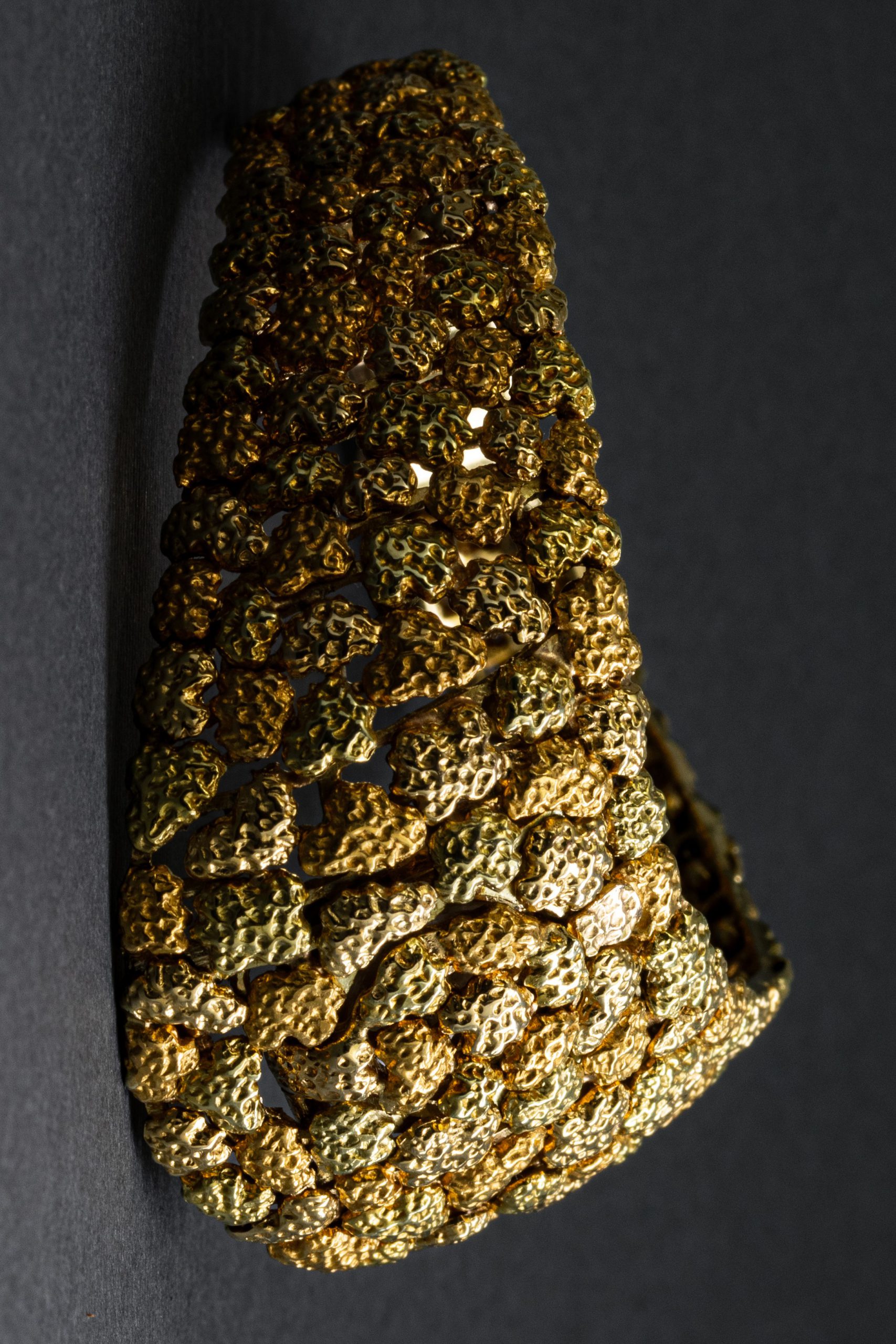 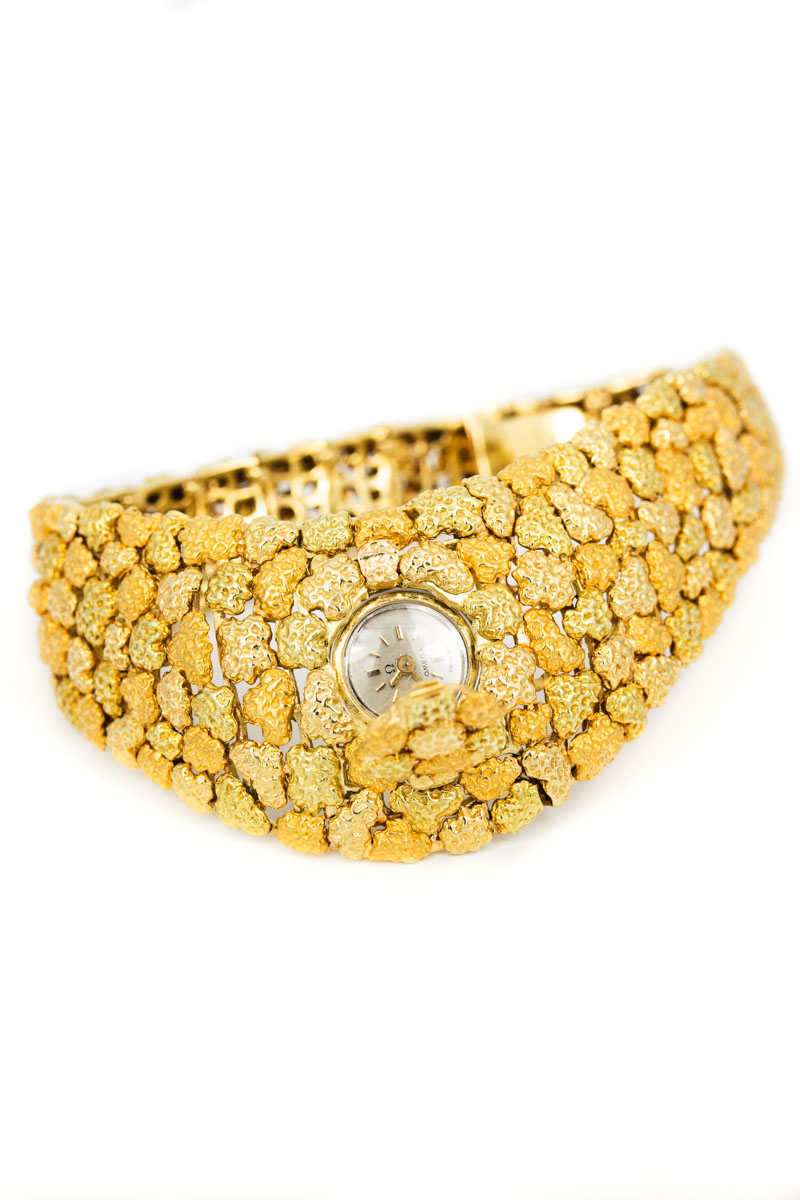 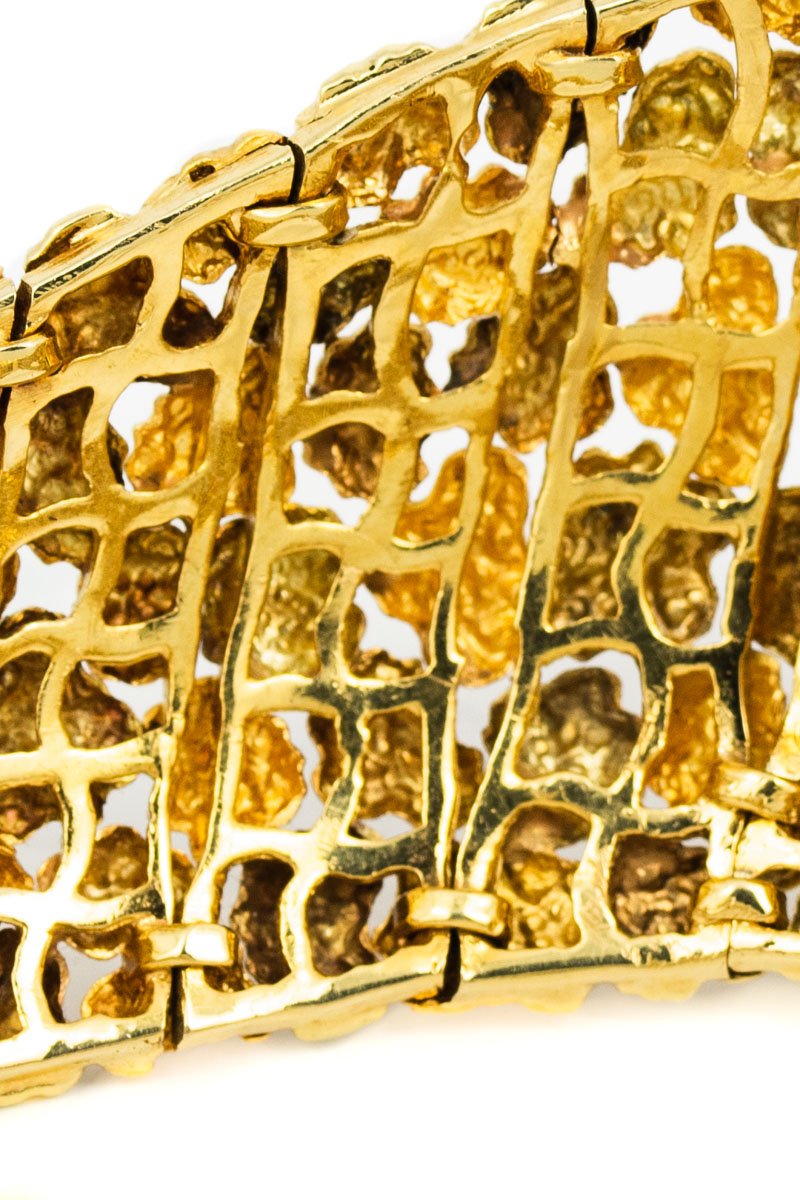 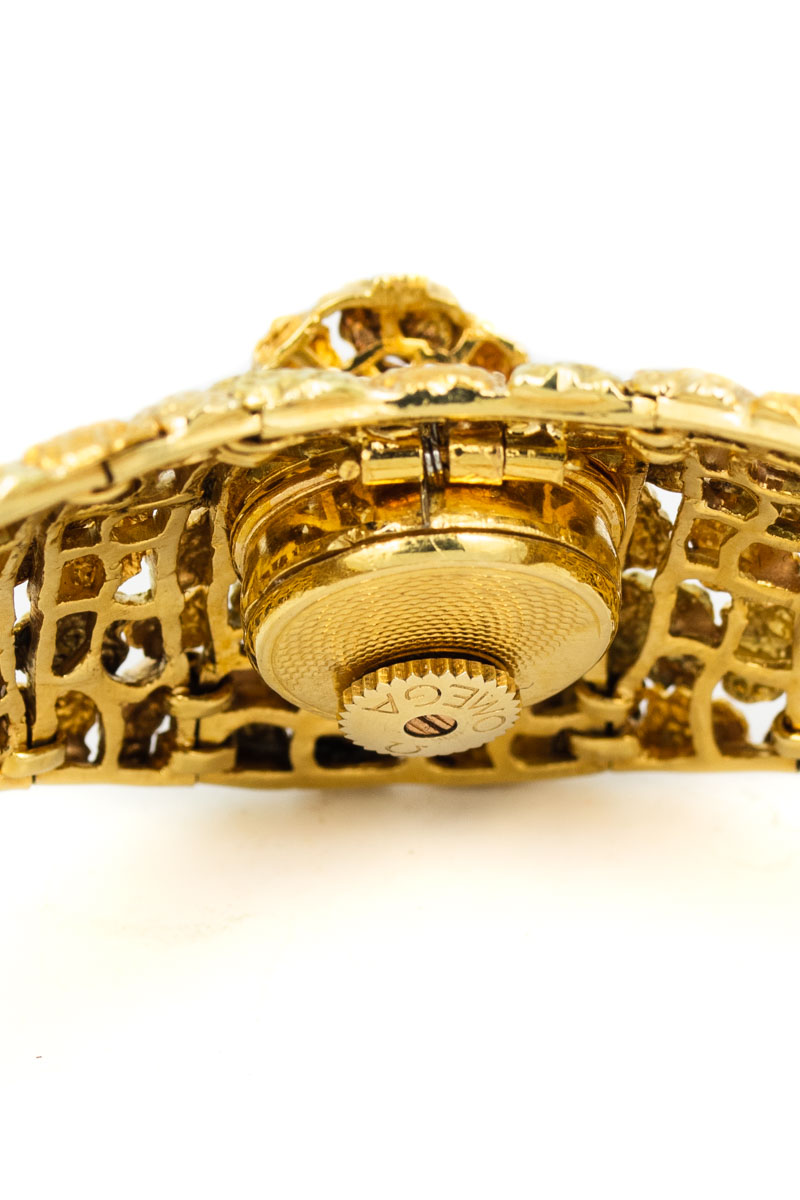 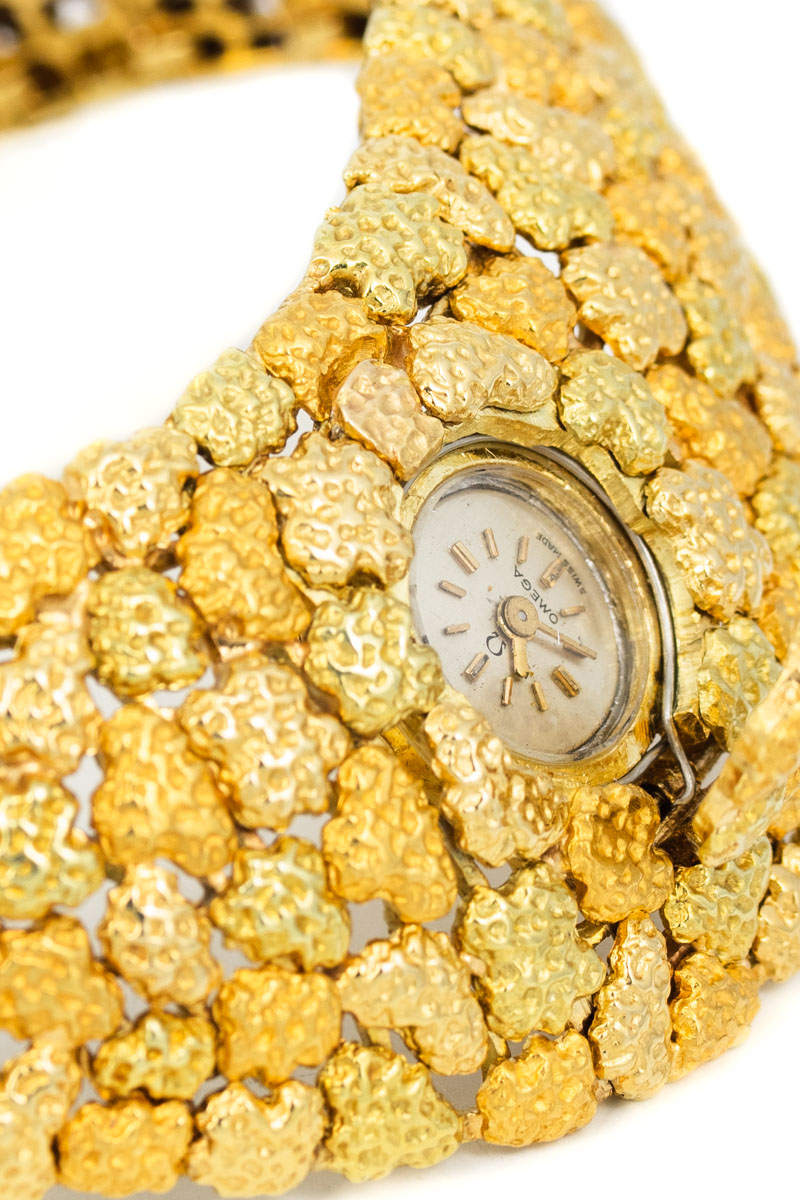 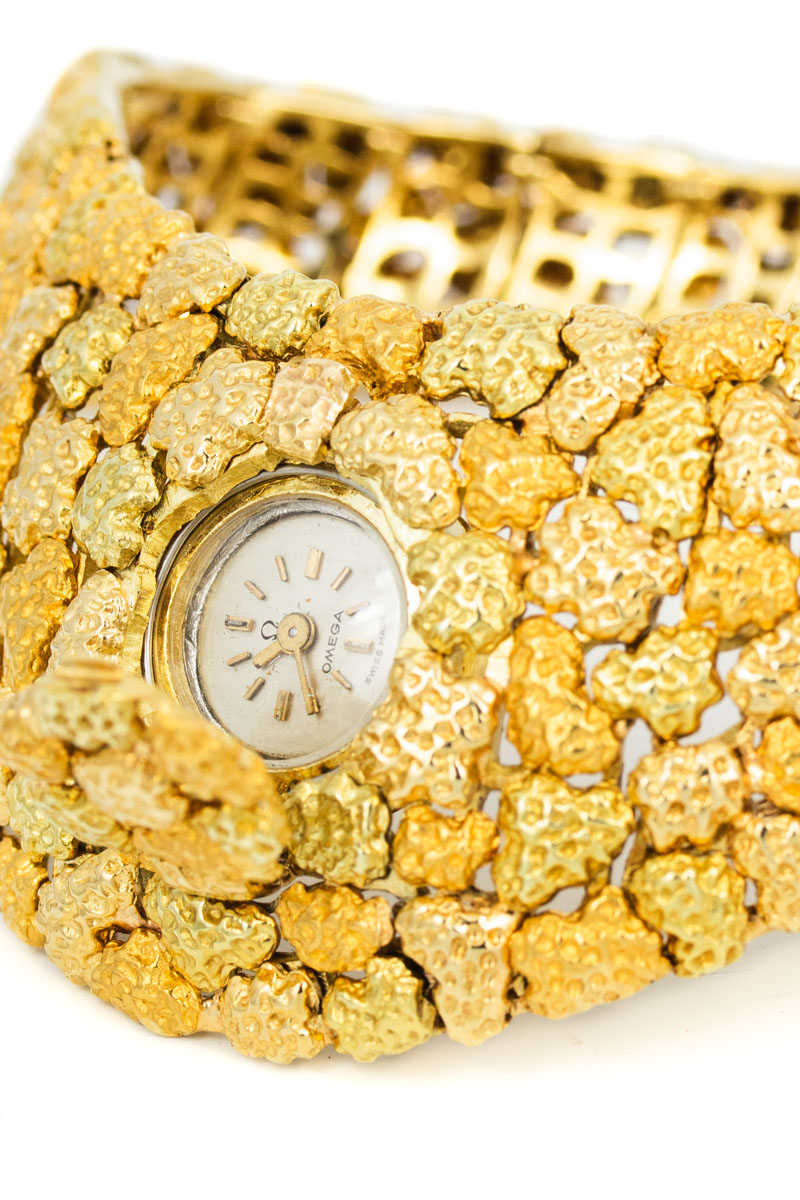 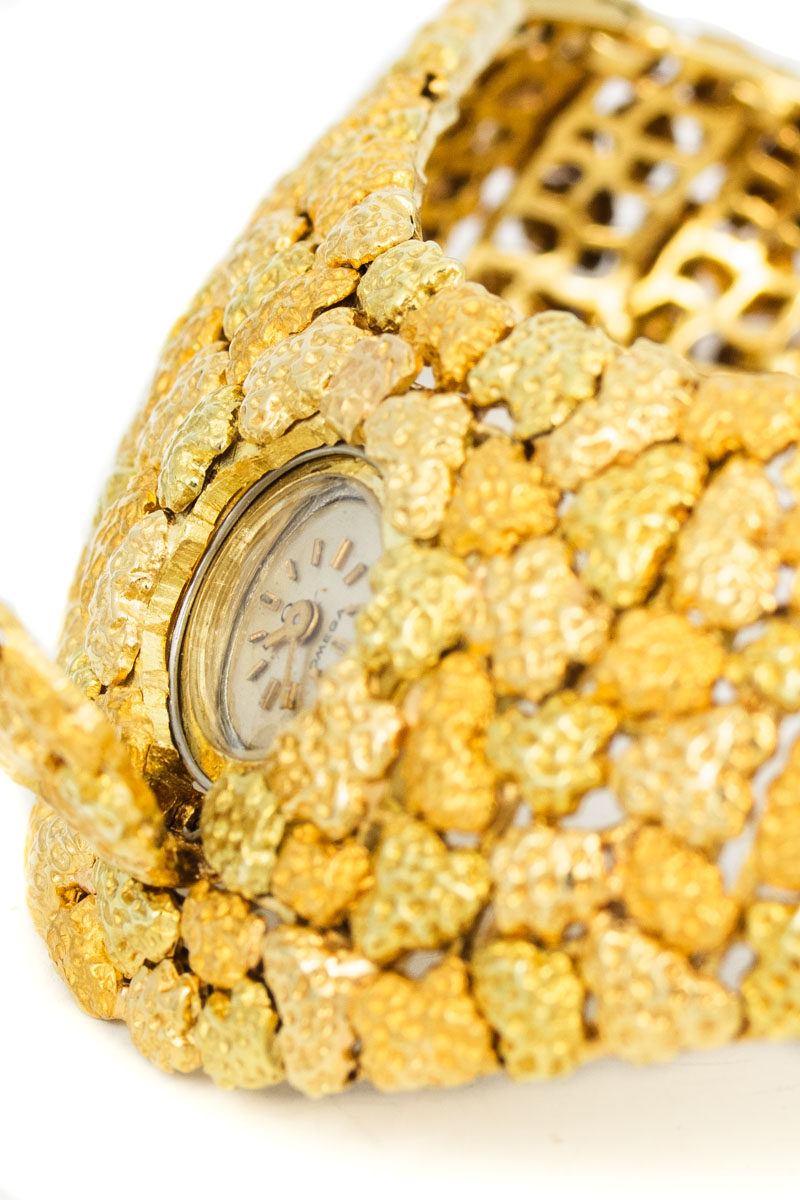 This is a stunning example of a Gilbert Albert wristwatch by Omega, dating back to 1966.

Although it looks solid, it is comprised of hidden articulating links which provide a supple fit. A mere glance at the inside reveals this is not just a designer’s work of art, but also the fruit of masterful craftsmanship in goldsmithing.

Powered by a back-winding Cal. 640X, this Omega features a dial that measures a diminutive ten millimetres.