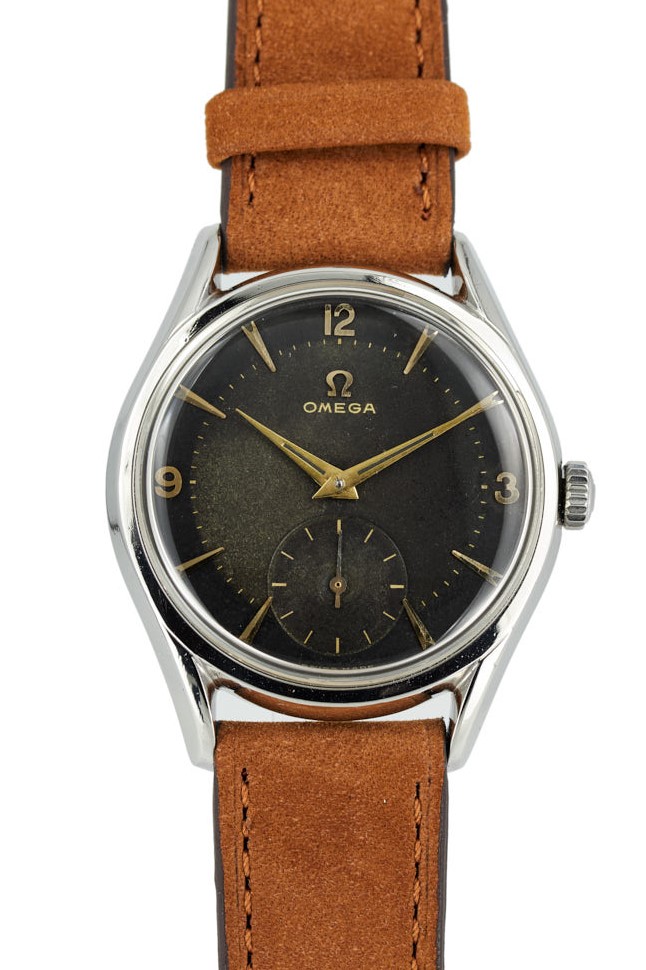 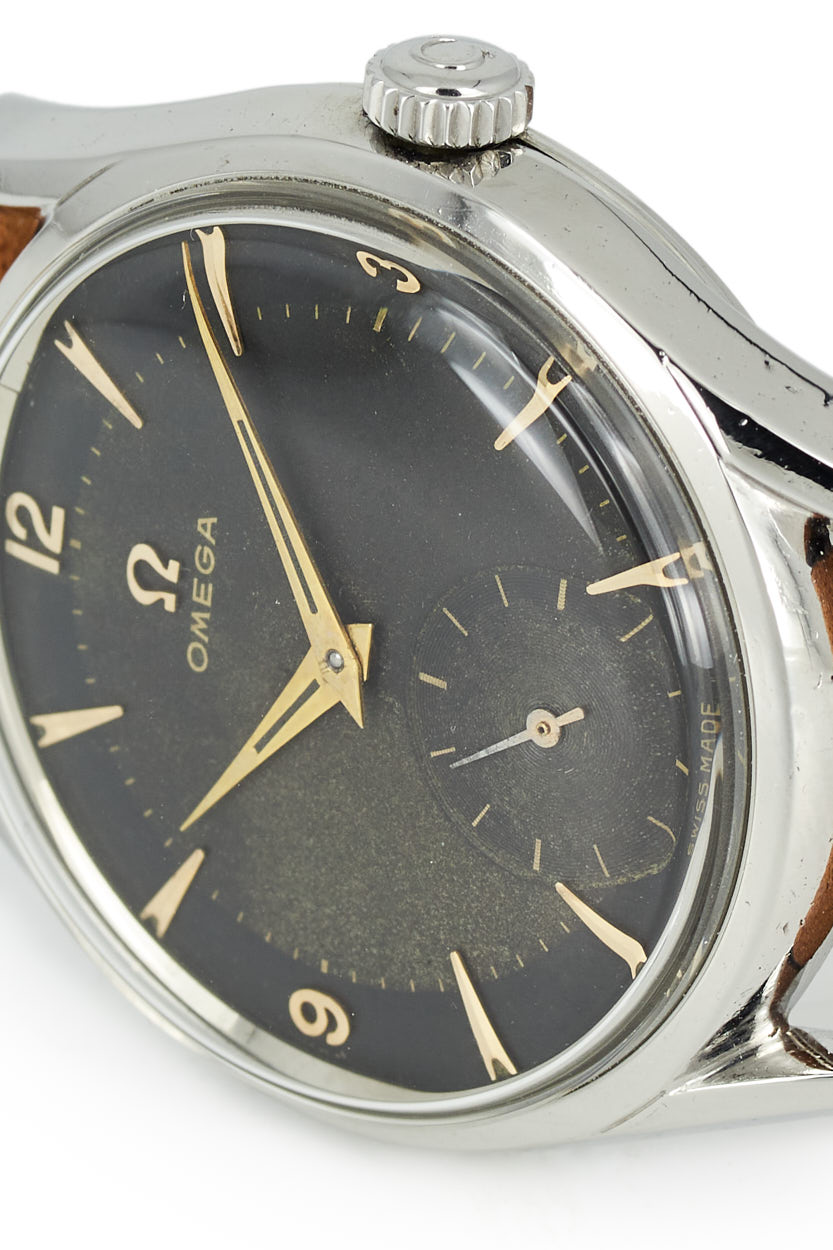 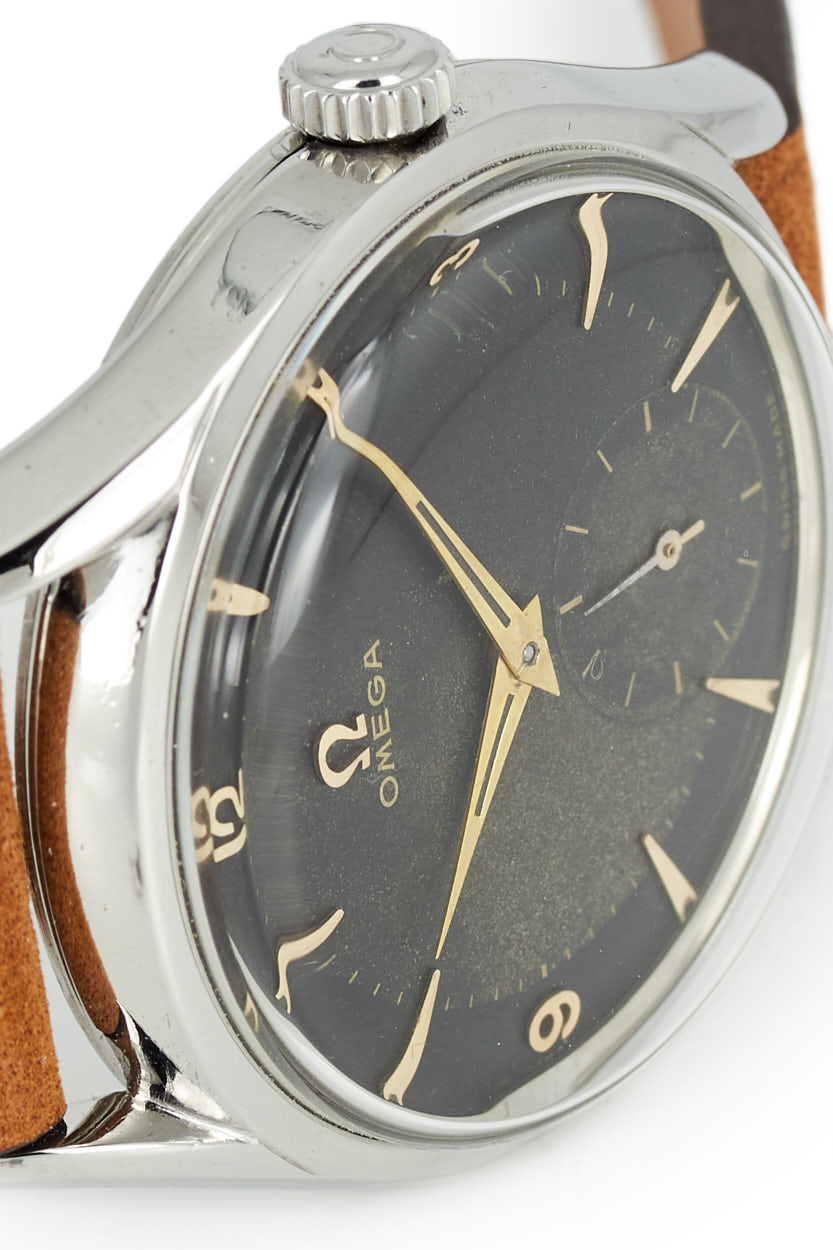 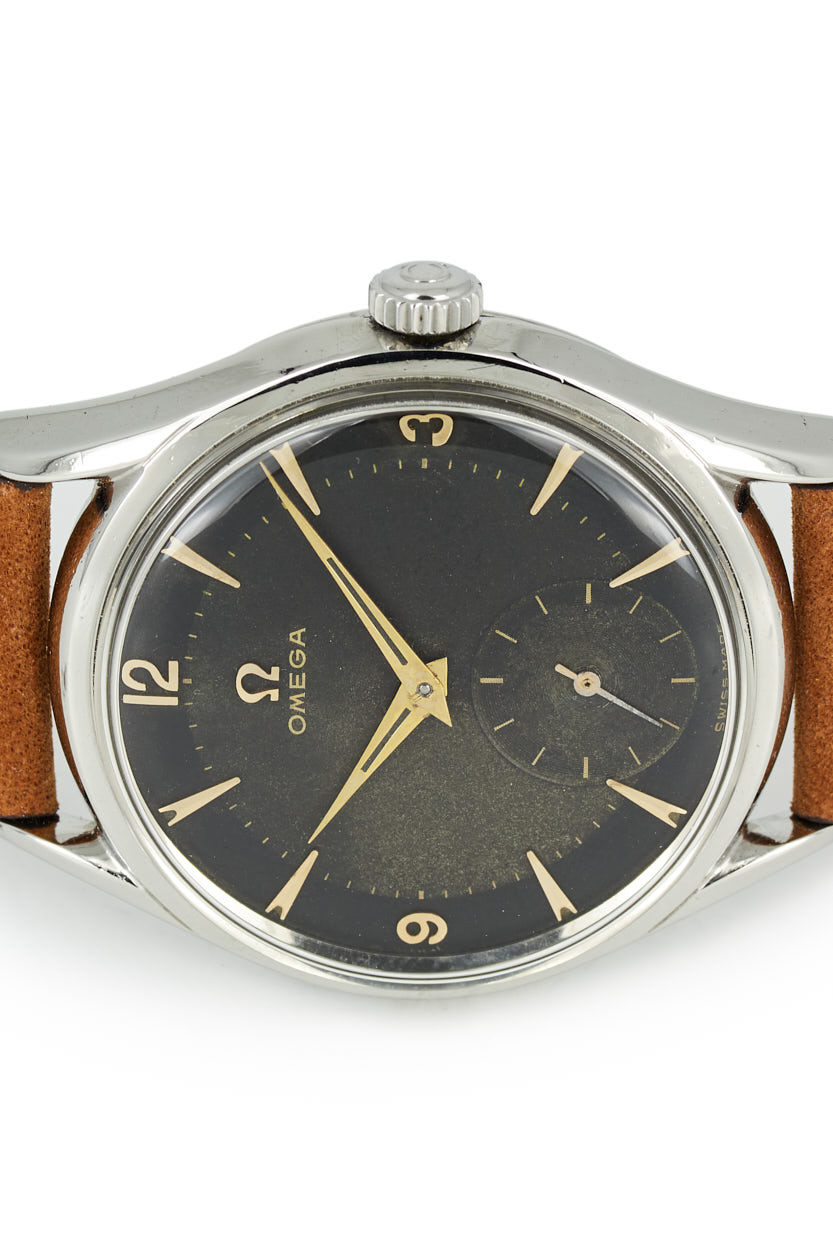 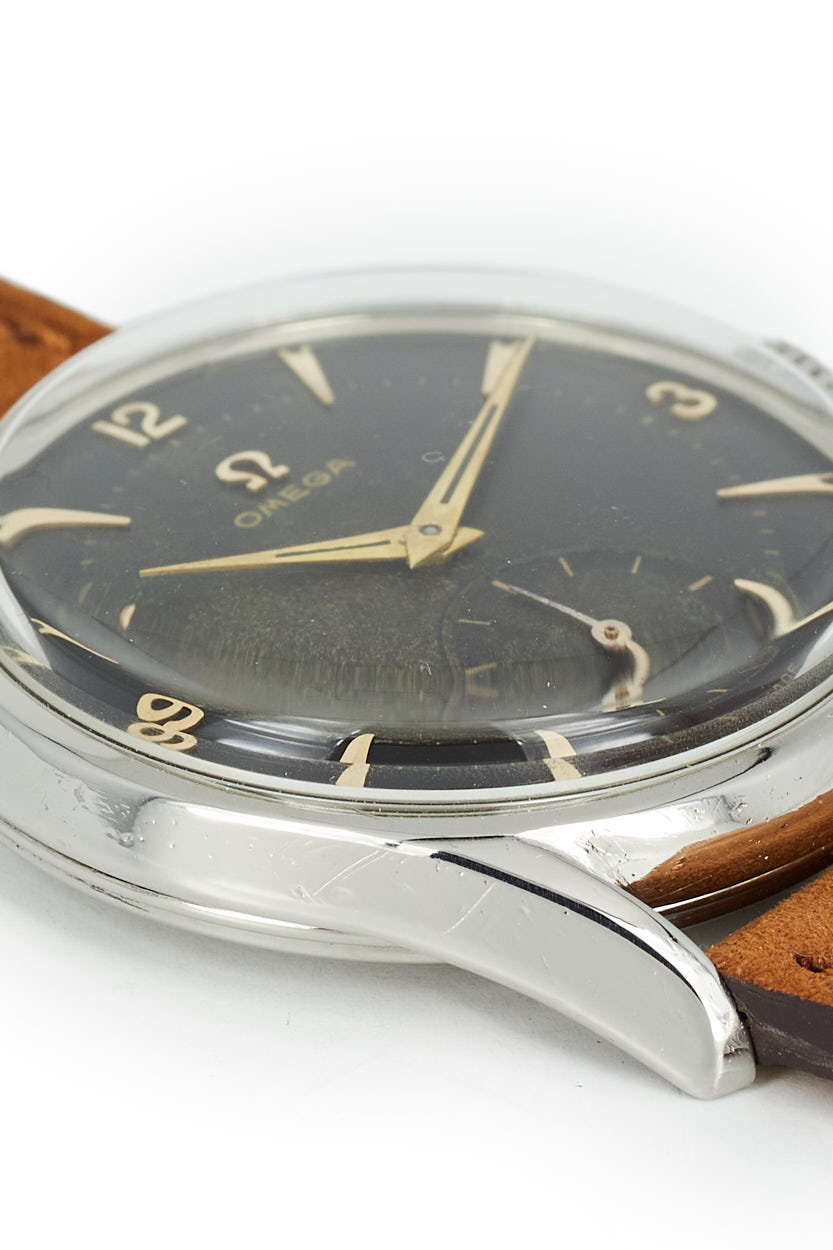 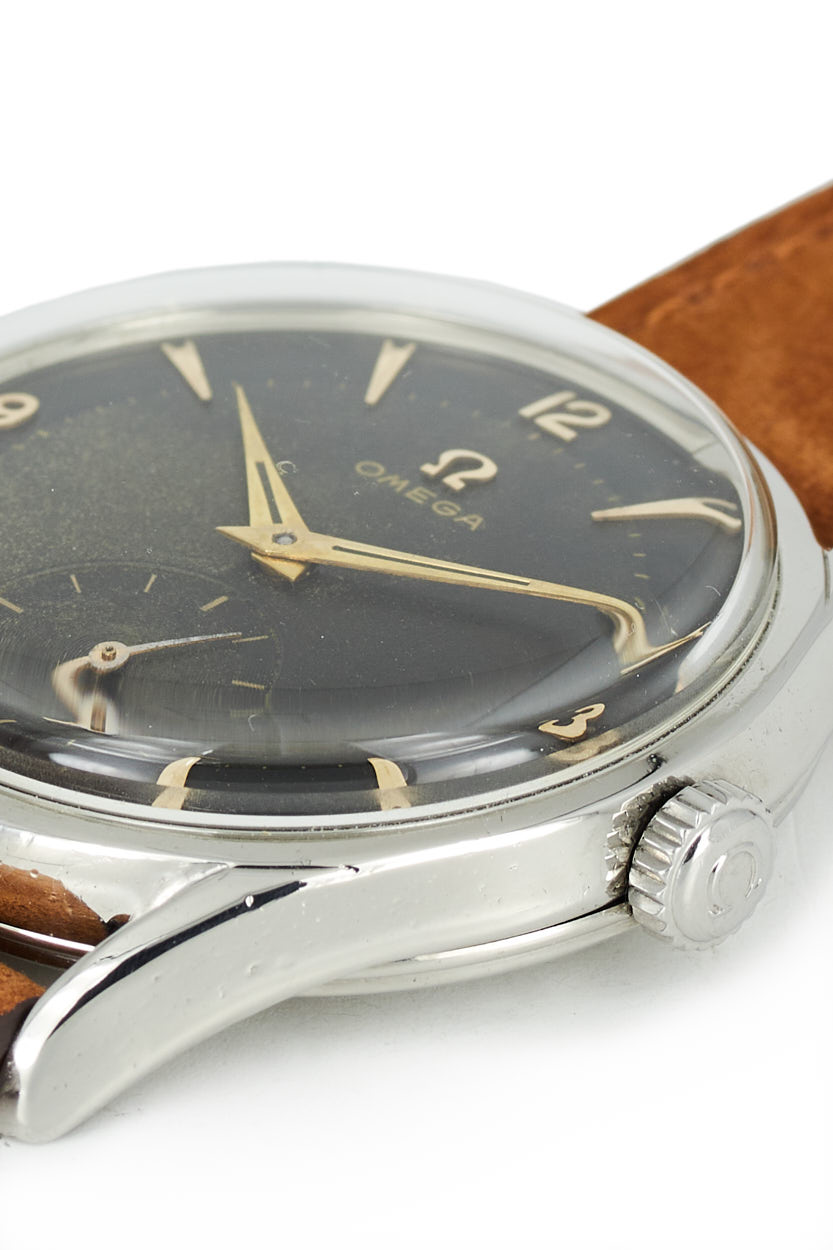 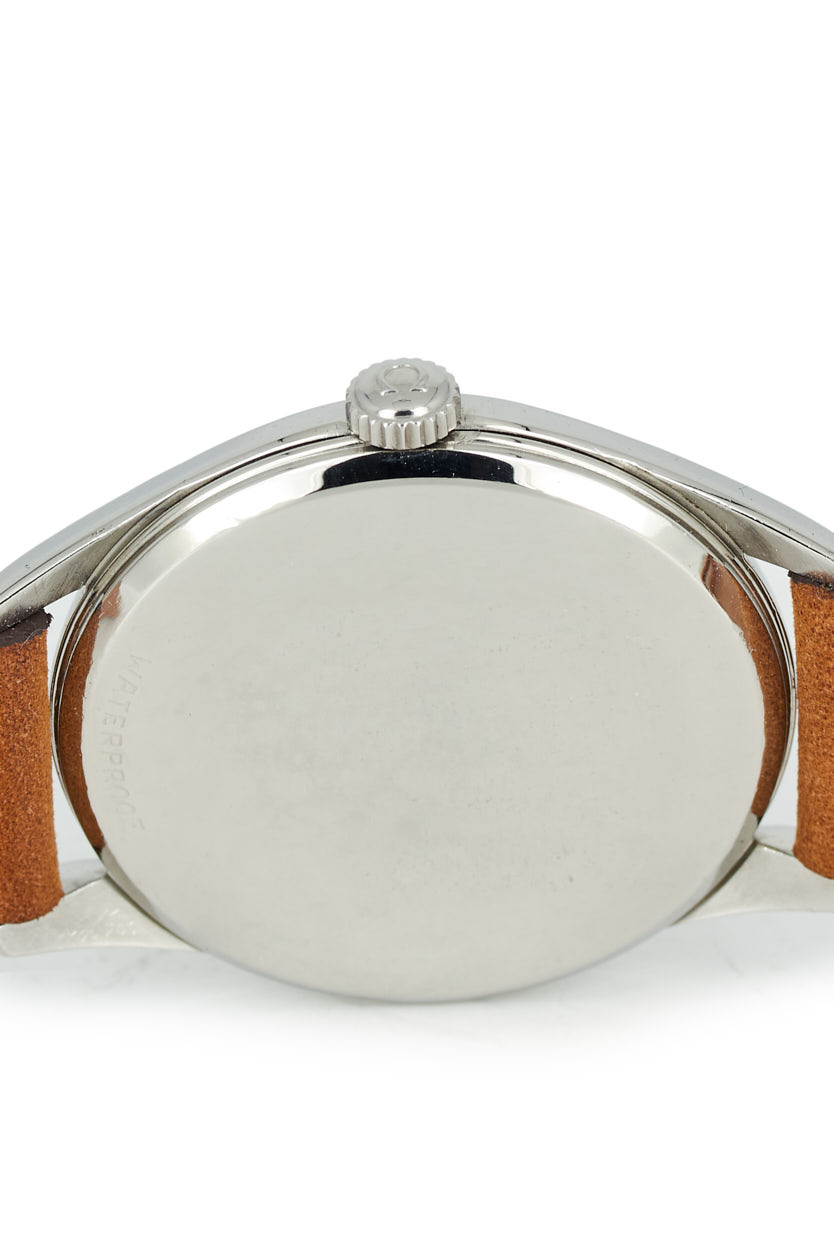 Whoa! This is one sexy Omega Dress watch, if we may say so ourselves.

An all original two-tone matte black dial in stunning condition, fitted with beautifully intricate and razor-sharp applied indices. You do not often run into a dial like this, that has not been refinished or otherwise tempered with.

The mesmerizing dial is housed in an equally attractive 36mm case with lyre lugs, like we know from the Omega Speedmaster Professional. While this is a dress watch by modern standards, it wears very substantial. Yes, it would look great with a suit and tie. But don’t hesitate to match this with a denim shirt either. It will most certainly hold up in more casual settings.

If it is a timeless watch for all occasions you are after, this is surely worthy of your consideration.