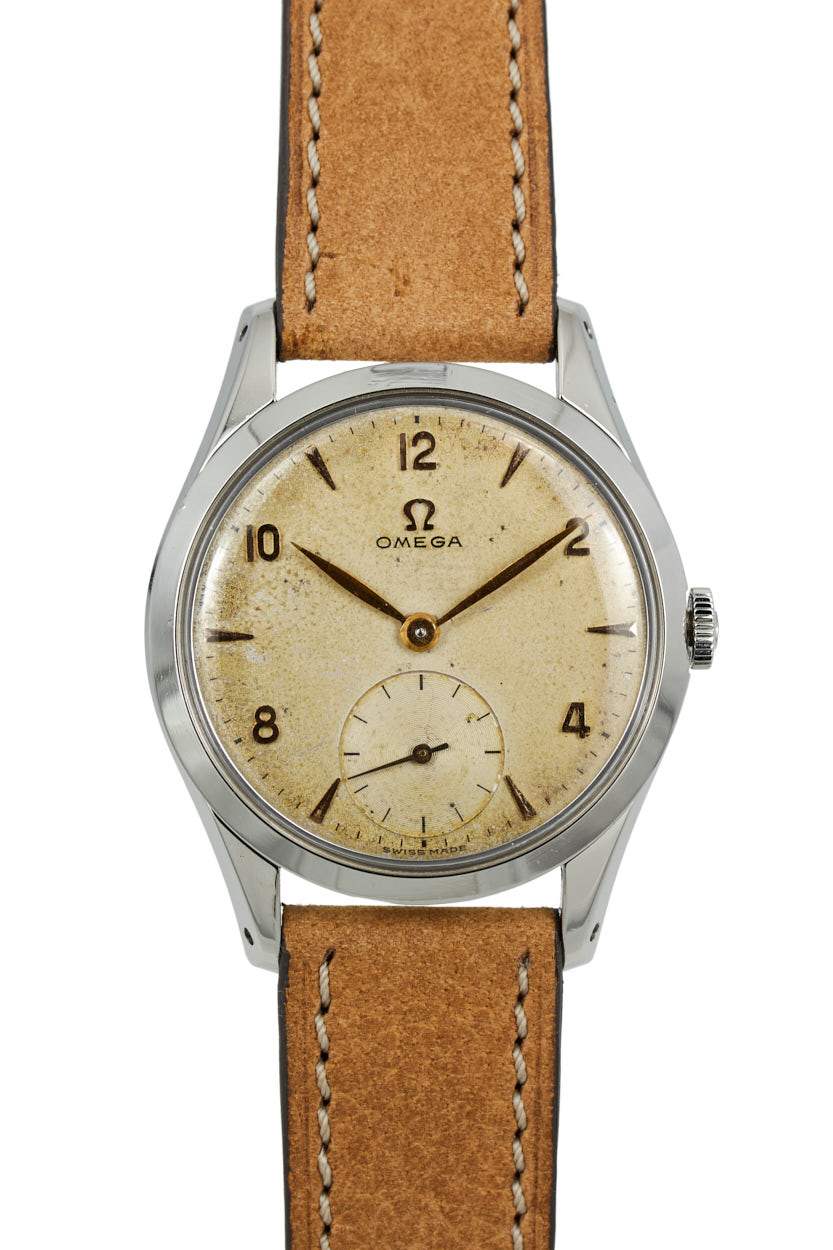 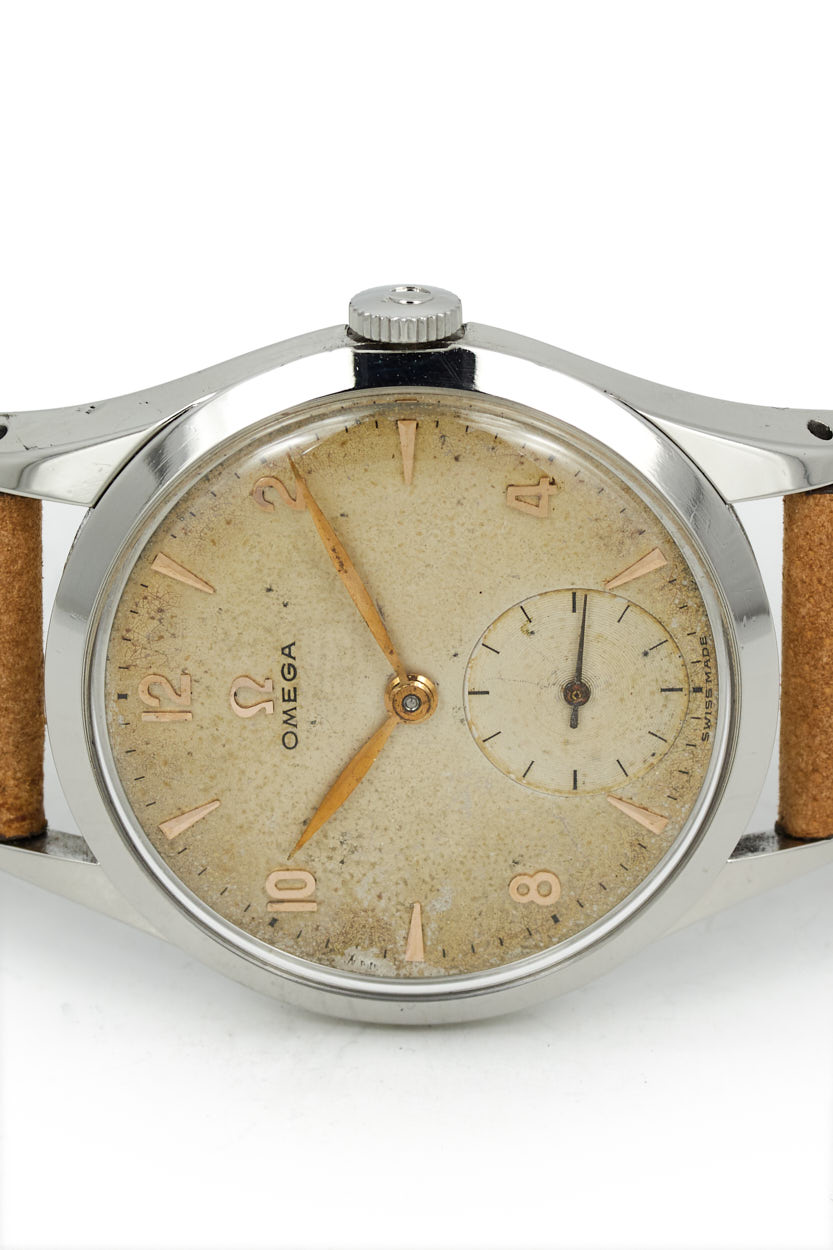 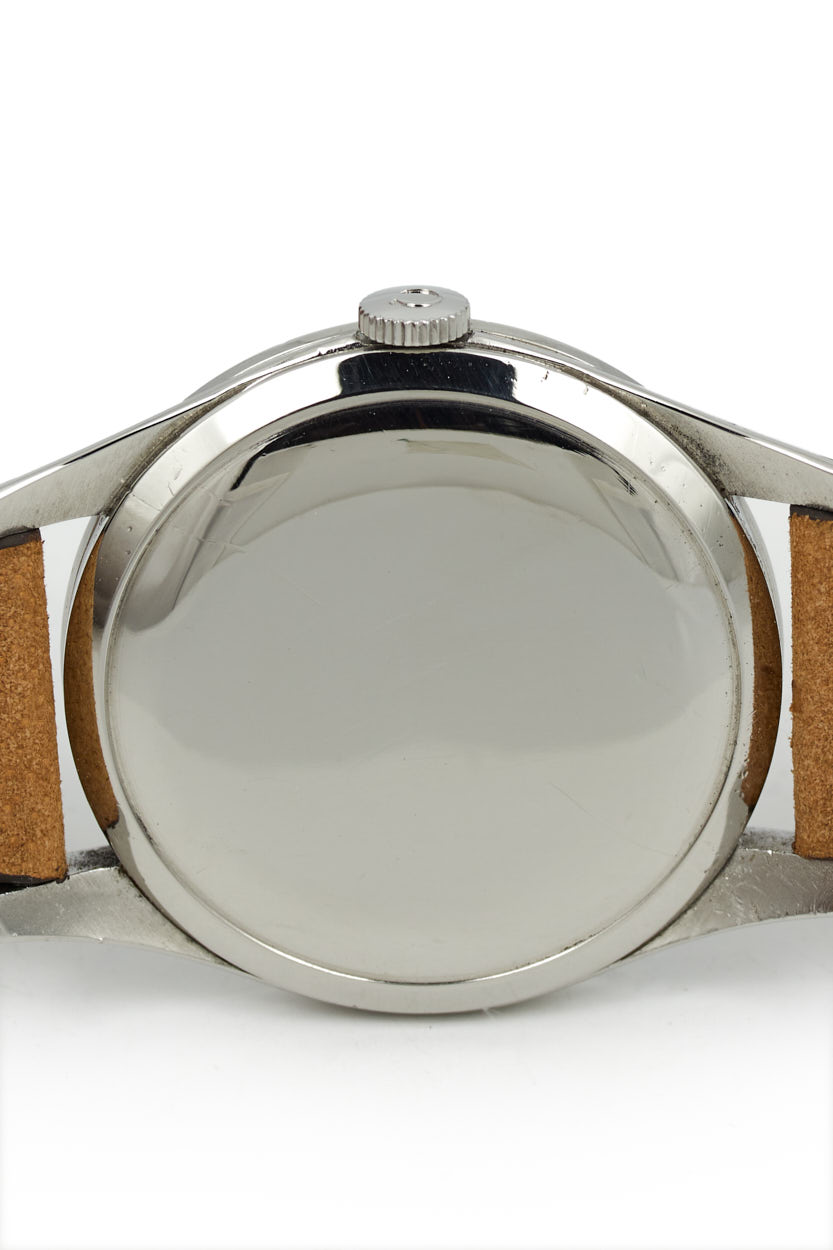 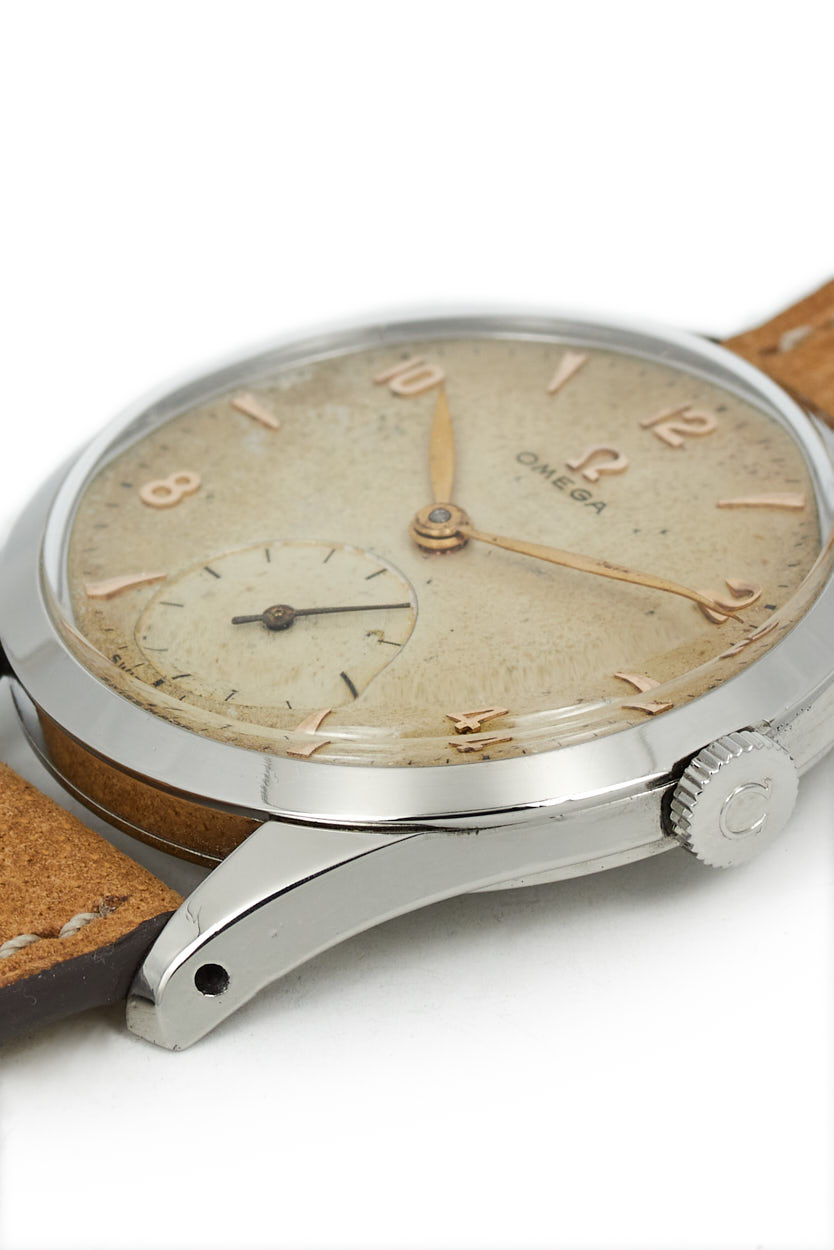 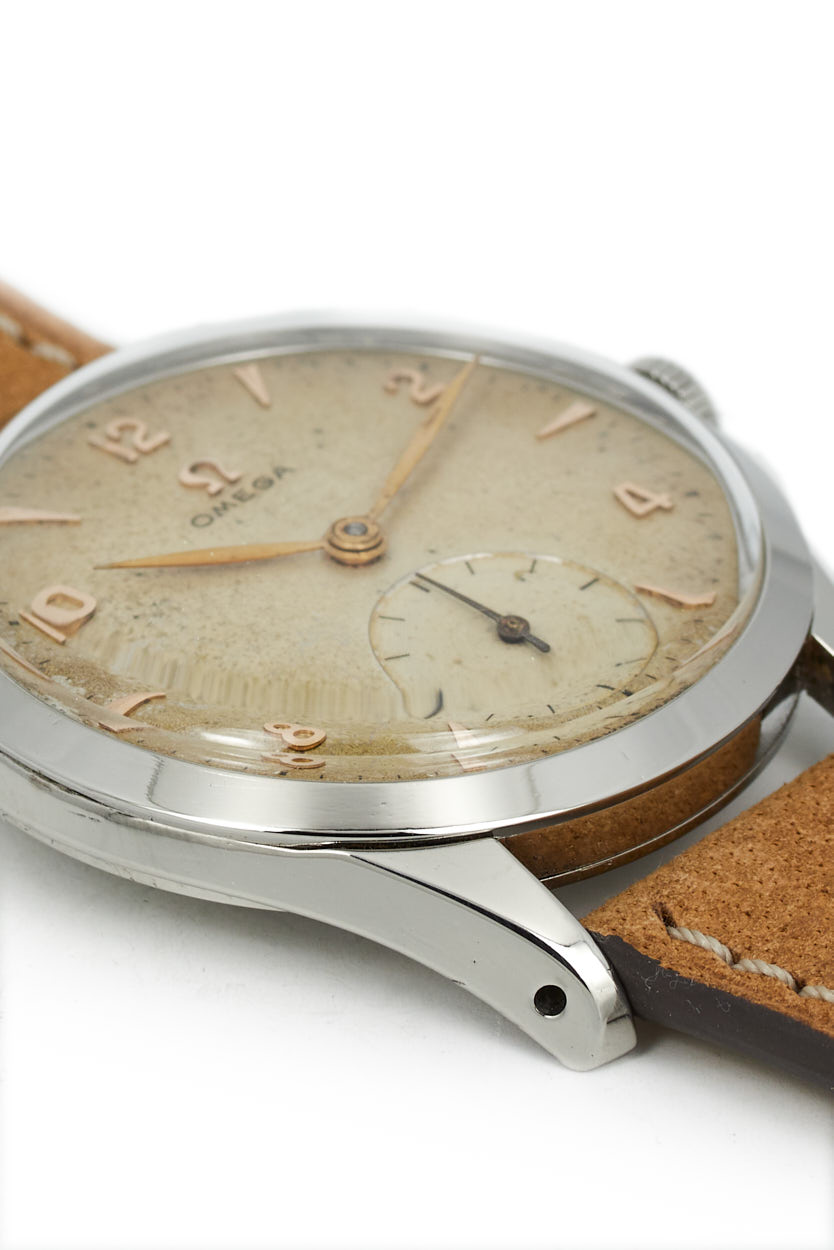 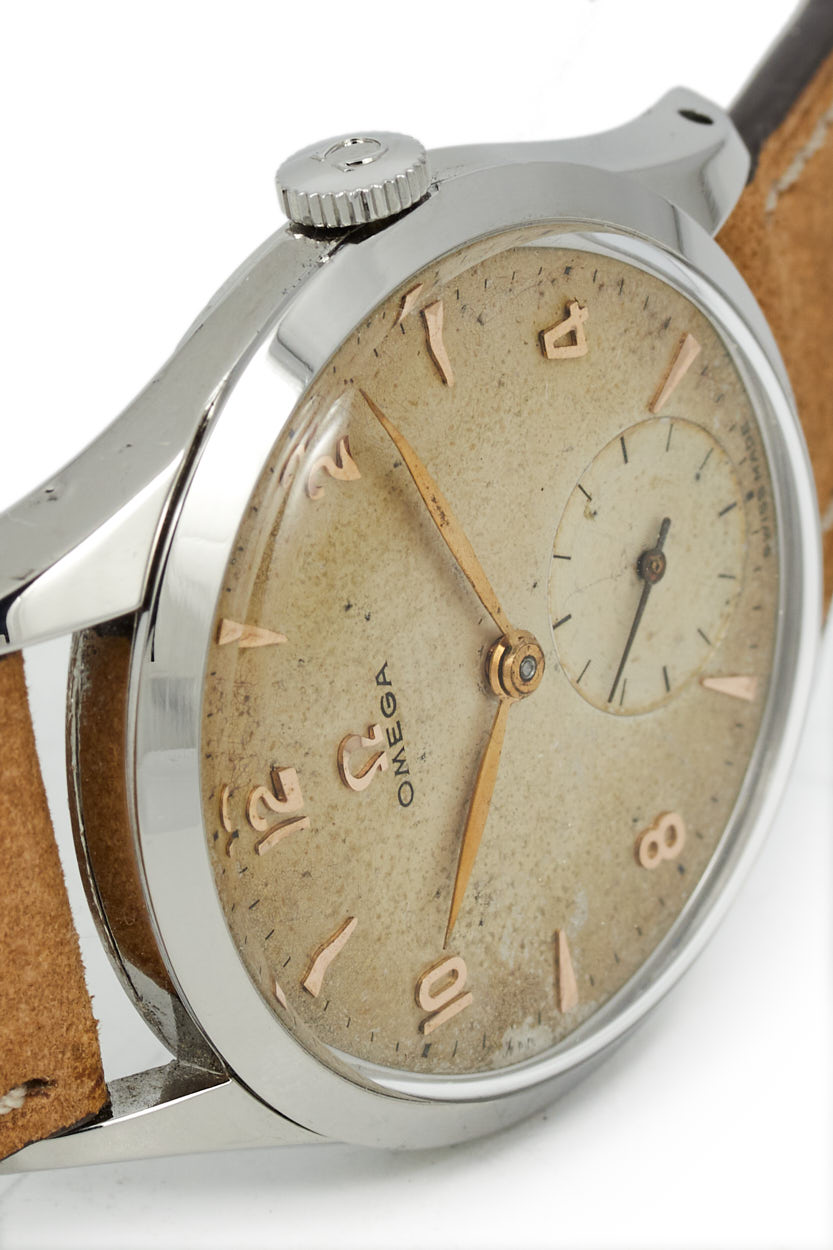 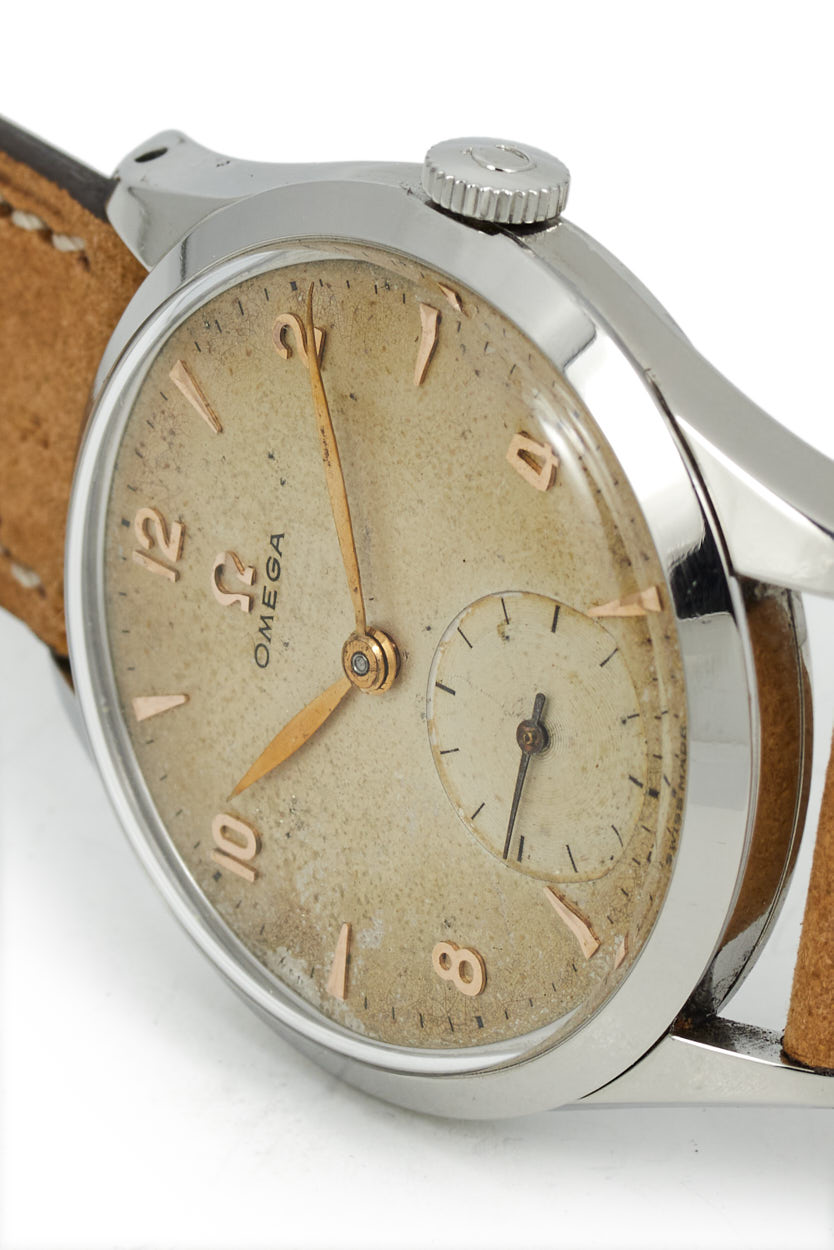 Here we have an Omega dress watch from the 1950’s, housed in an oversized 35mm case. If you fear that this might be a dainty, small watch, rest assured that it is not. It has serious wrist presence since it is nearly all dial.

Speaking of the dial, this is the real showstopper here. It has some beautiful patina in the form of discoloration and staining. It does not only add visual warmth to the watch, it also makes you wonder what kind of adventures this Omega has endured over the decades.

Maybe it is about time you took it on its next adventure?