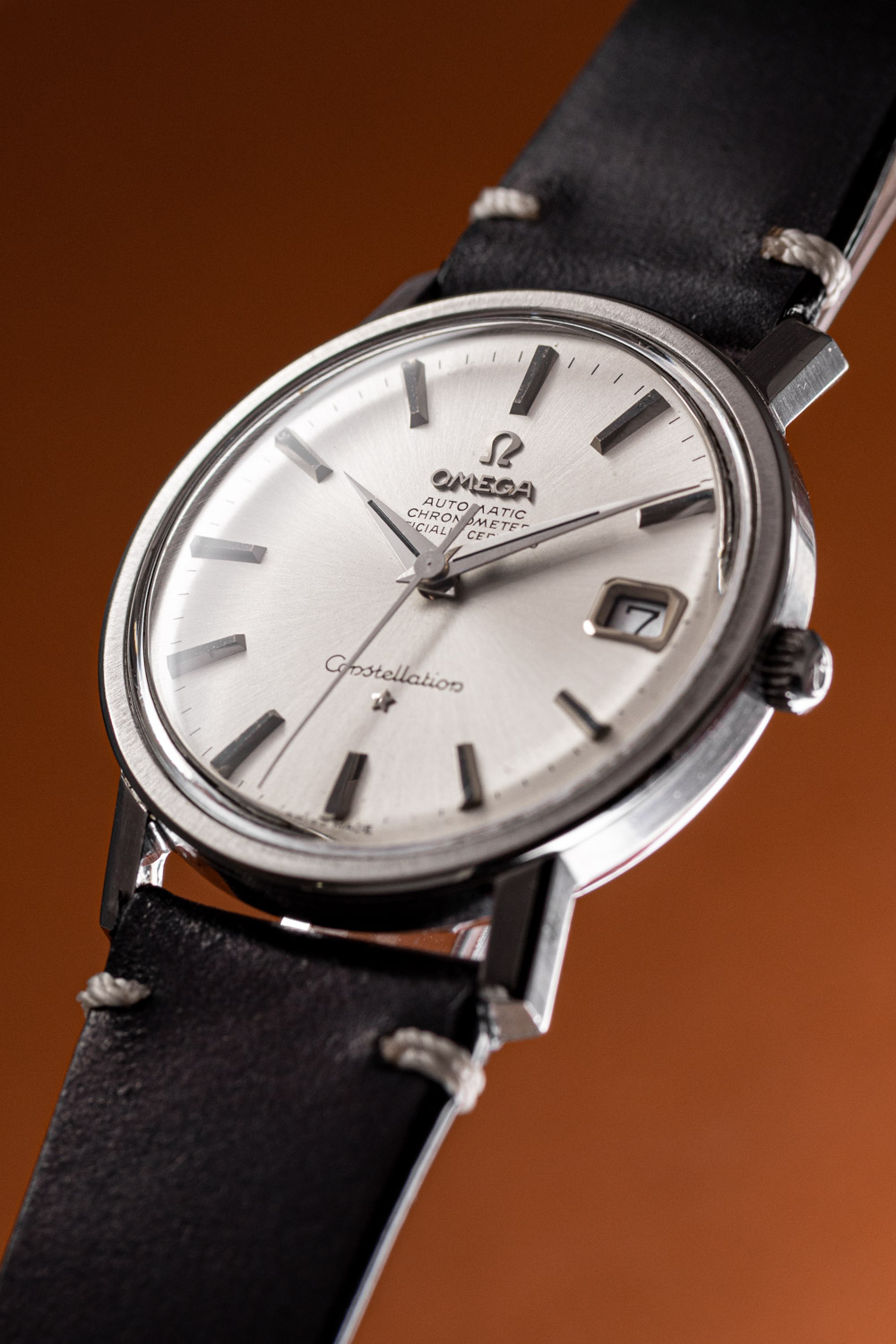 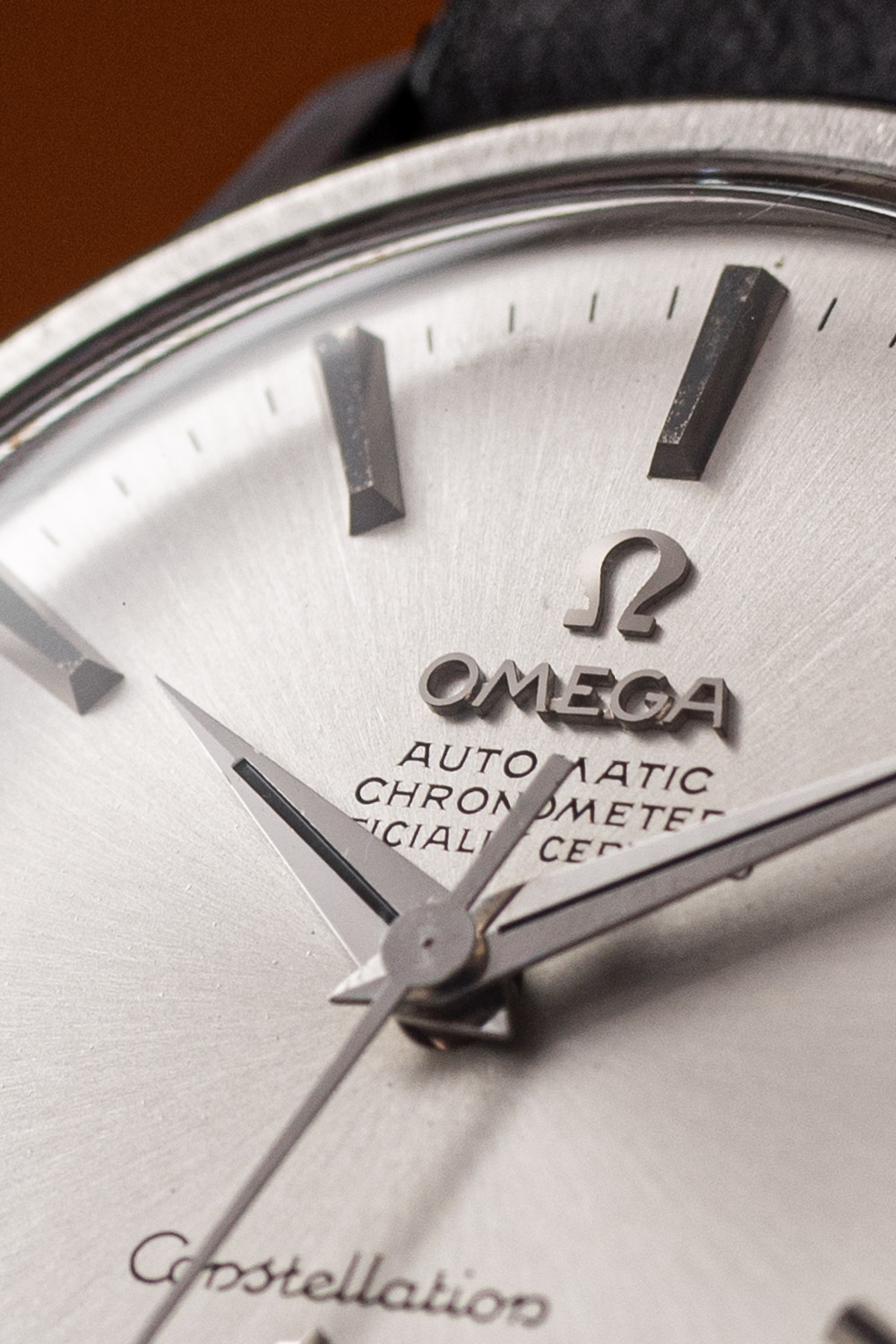 Here we have a beautifully clean, yet detailed Omega Constellation in stainless steel.

As is often the case with Omega Constellations, this watch is deceptively simple. From a distance, it looks like an archetypical wristwatch from the late sixties, early seventies. But up close, you will spot one lovely detail after another.

Look, for instance, at how the black-painted hour markers are ever so slightly trapezoidal, with both sides exactly parallel to the seconds hand as it passes by. That is refinement! The beautifully faceted date window and applied star are other such subtle attractions.

Come and try this beauty on at Reestraat 3 in Amsterdam.