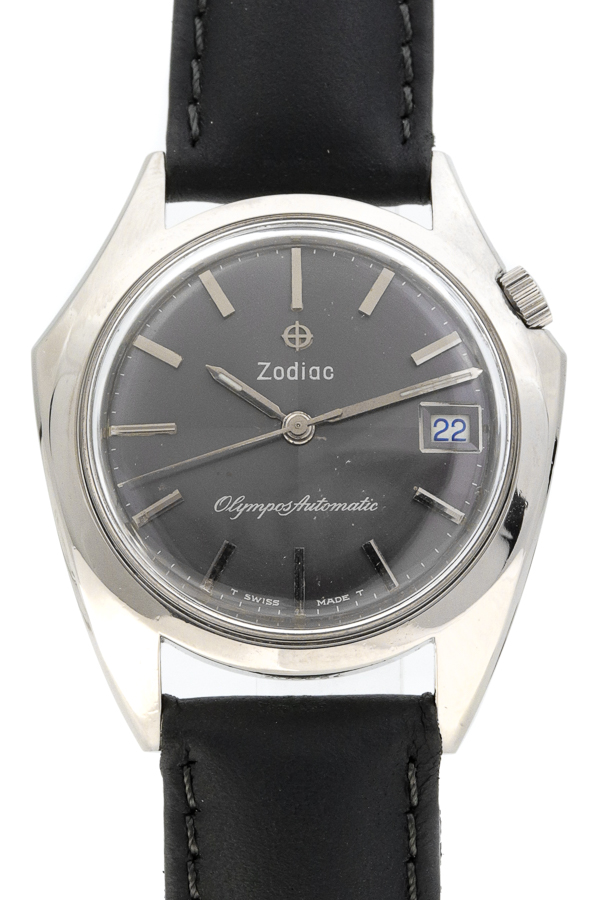 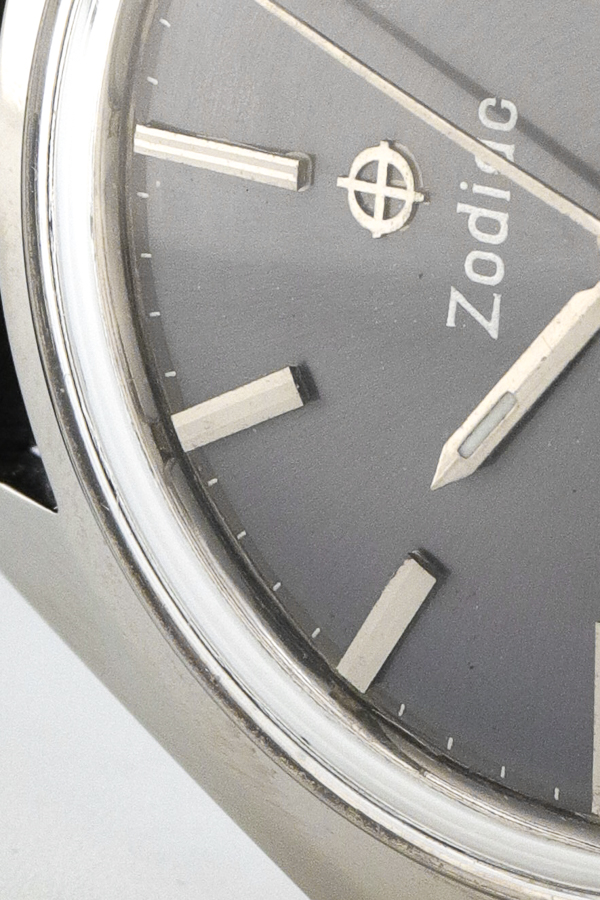 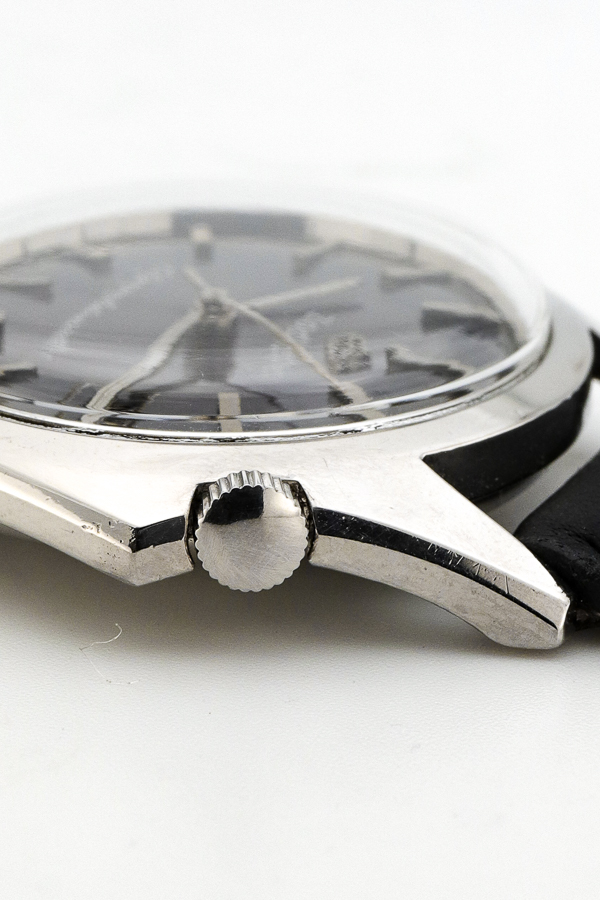 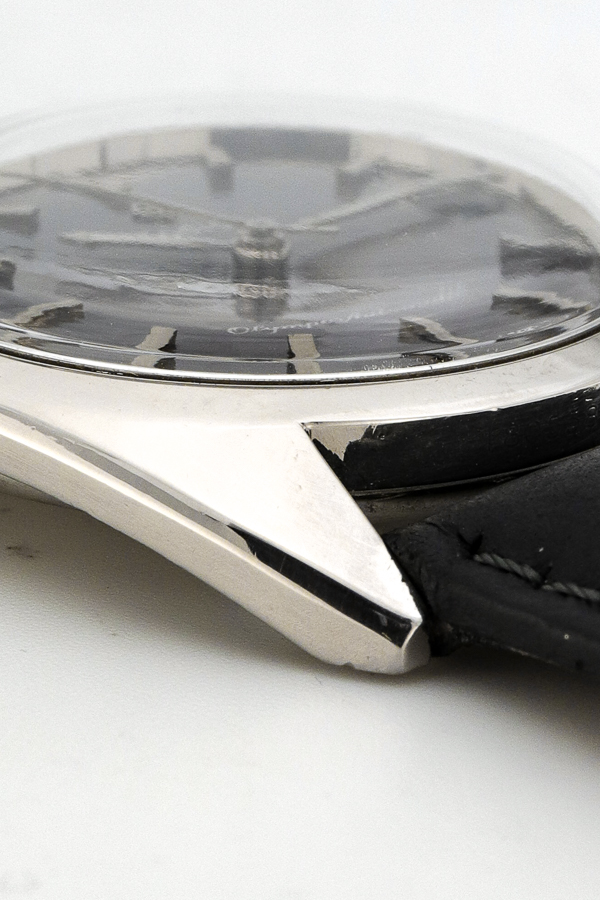 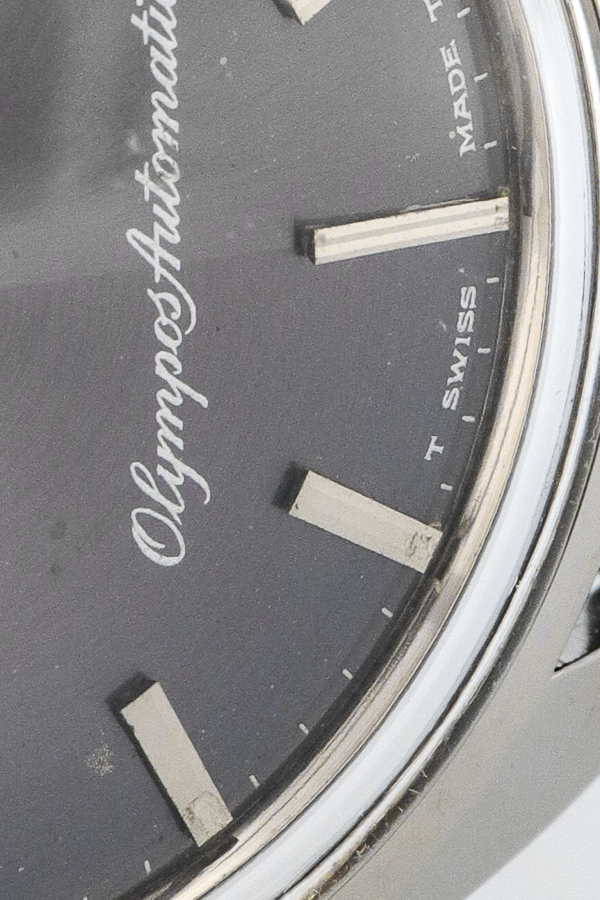 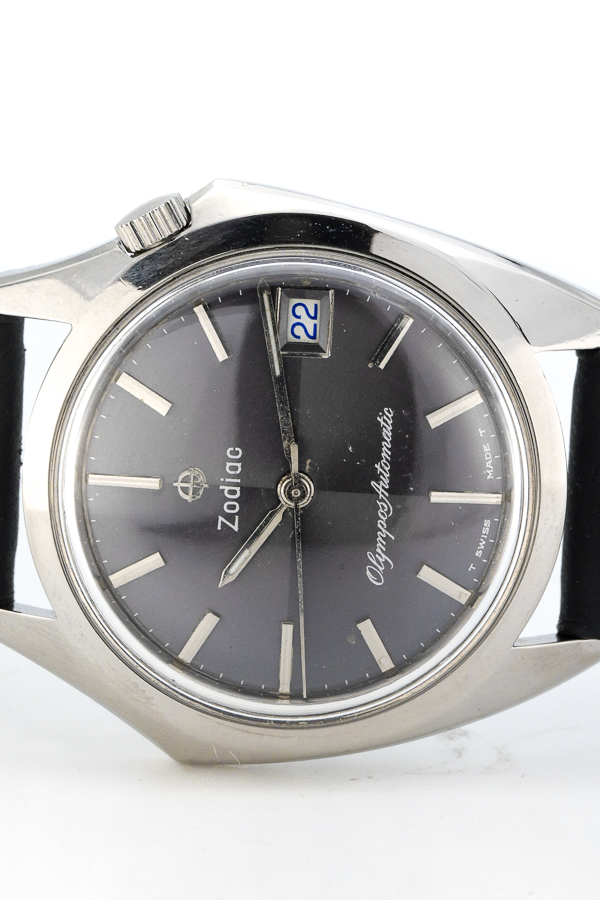 In 1882 a watch factory was founded by Ariste Calame. The name was ‘Ariste Calame’. The name ‘Zodiac’ was used early but only registered in 1908. After Ariste Calame’s son had completed a watchmaker’s training, he also started working for the business.

In 1923 the company was registered as Ariste Calame: Montres Zodiac, with men’s wrist and pocket watches. Rene Calame, the grandson of the founder, came to work for the company and was responsible for some commercial and technical changes. His father, the younger Ariste Calame, became one of the founders and Presidents of the ‘Federation Horlogerie’.

The watch we offer here comes from around 1965. The name ‘Olympos’ and ‘Automatic’ are stated on the dial. Little else is known about this model, other than that the cabinet shape is quite special.