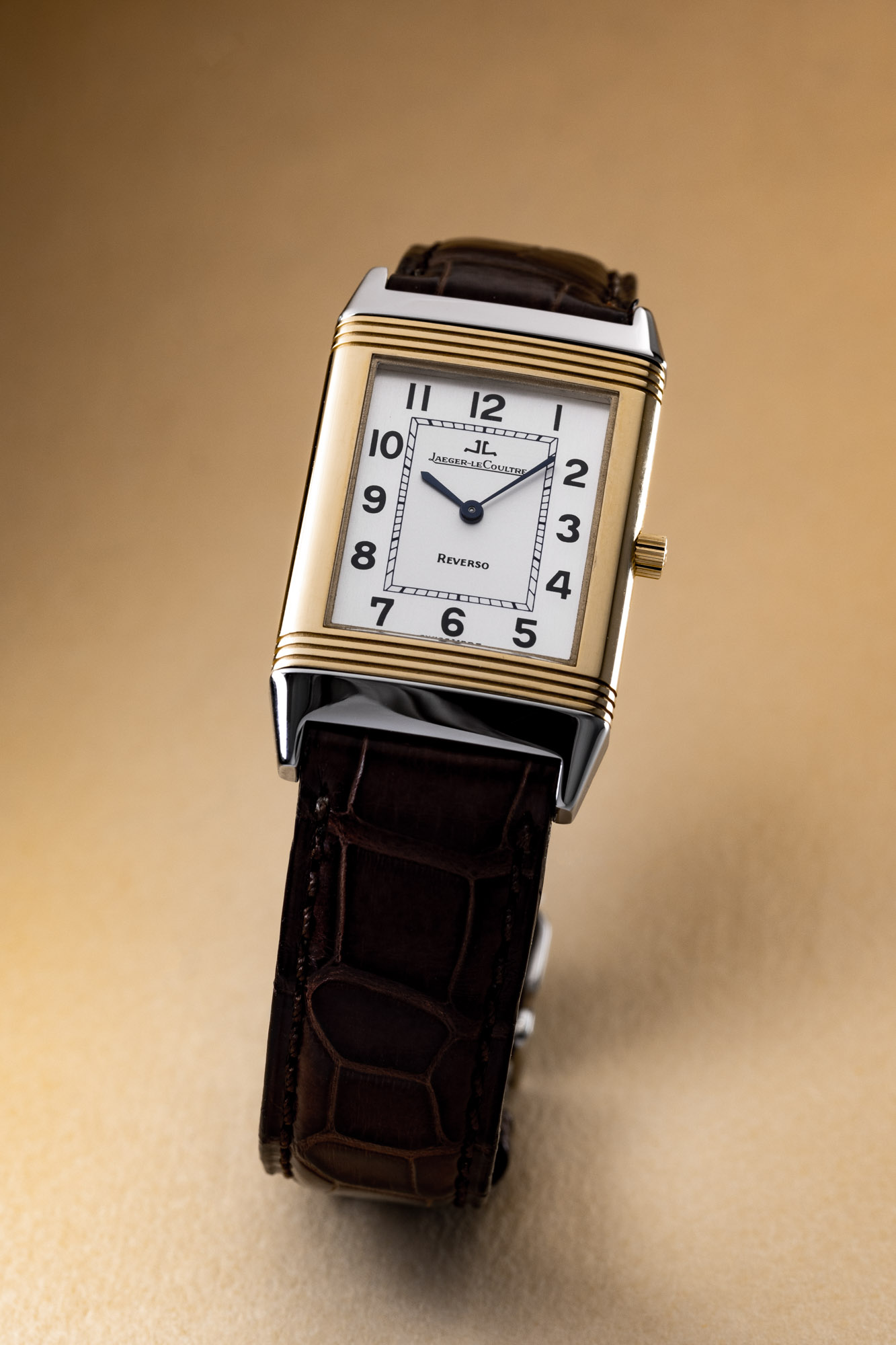 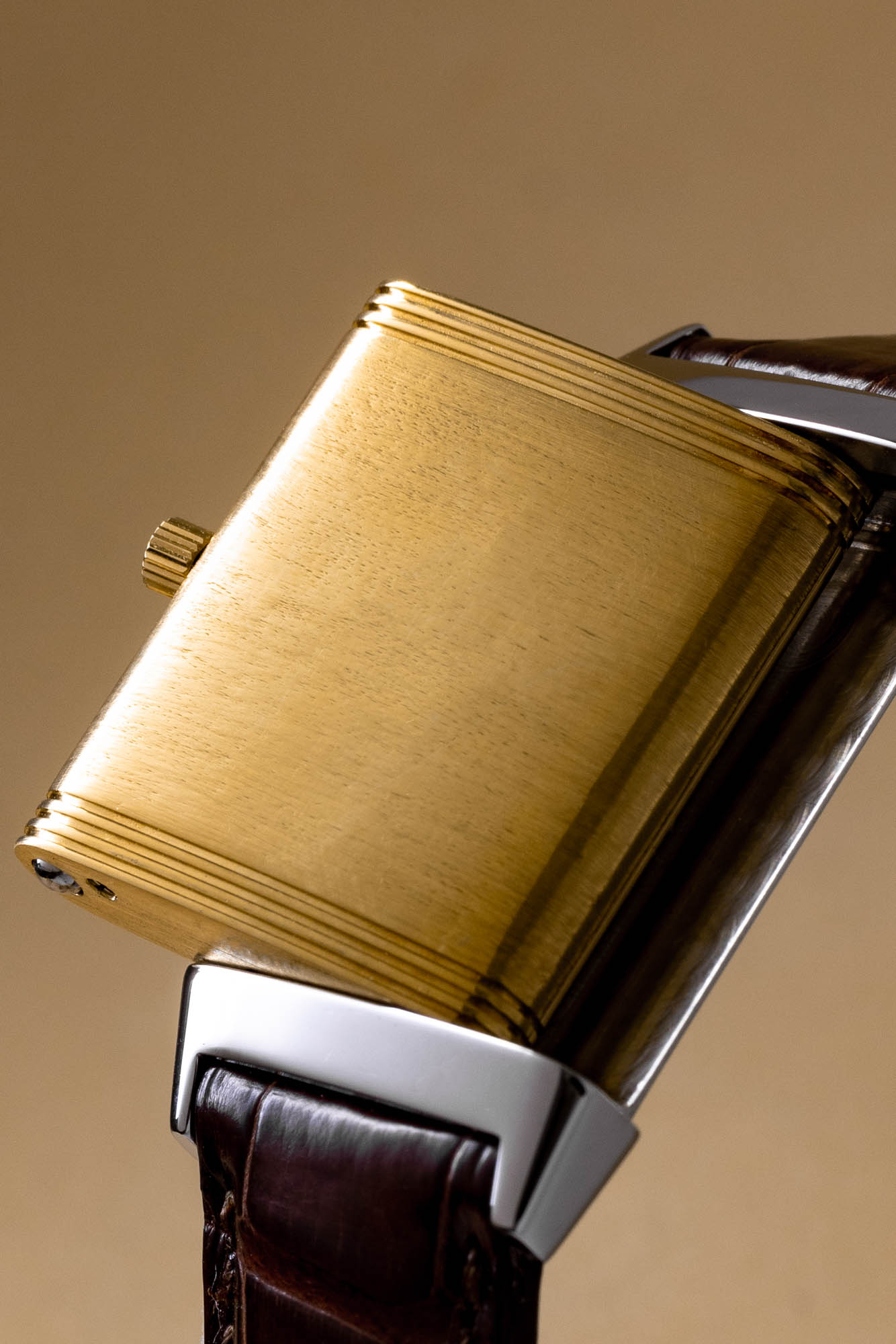 The Story of the icon finds its roots In British India in the early 1930s, Swiss businessman, watch collector, and brand associate César de Trey was challenged to create a watch capable of withstanding a game of polo by a group of British army officers, one of whom had just had his watch face shatter during a match. The Reverso was born!

This specific Reverso dates back to 1999 executed in two-tone and features a hand-winding movement. Measuring 23x38mm, which can both be worn by males or females making it a perfect unisex watch.

May this be the one for you.