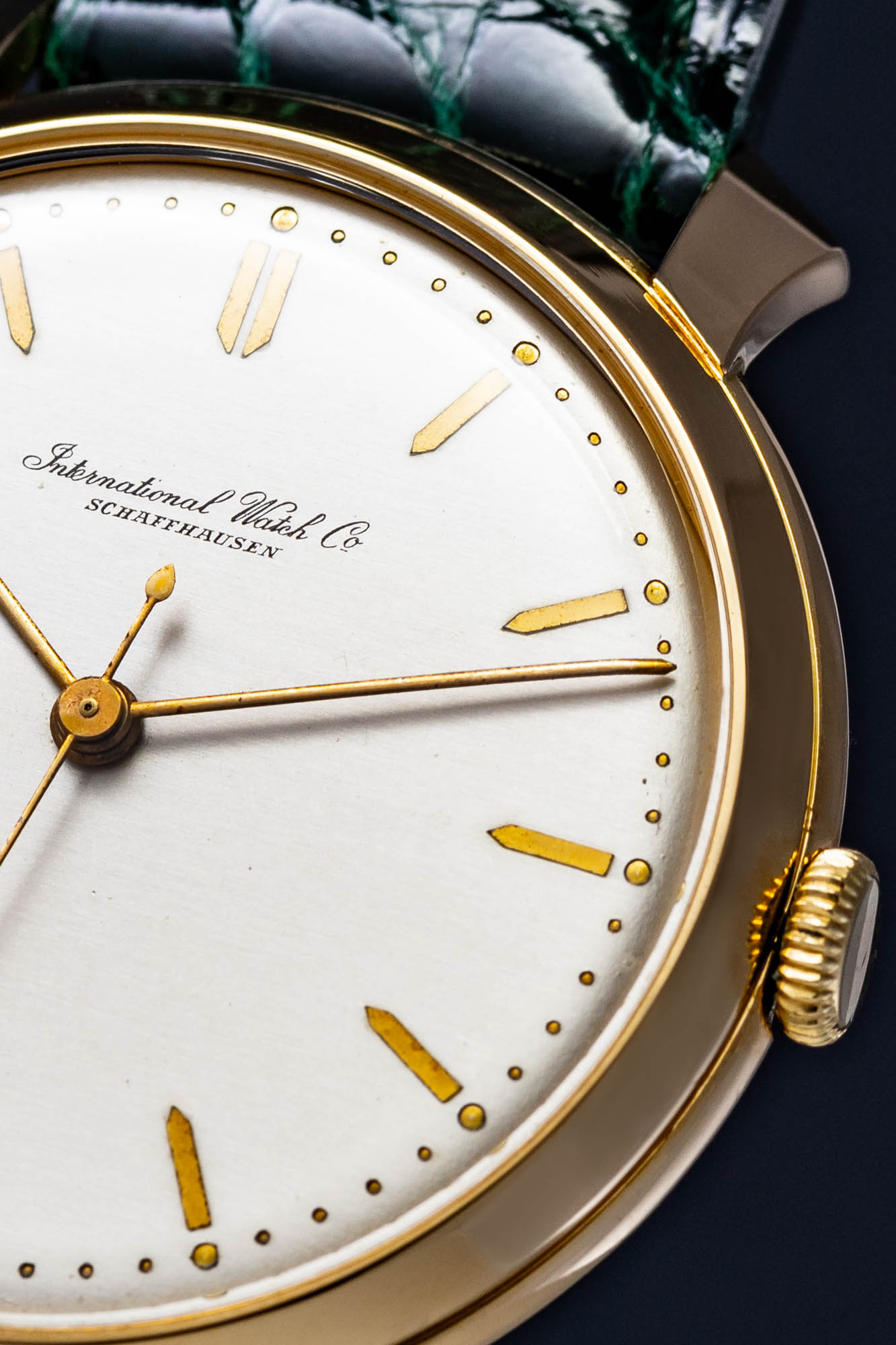 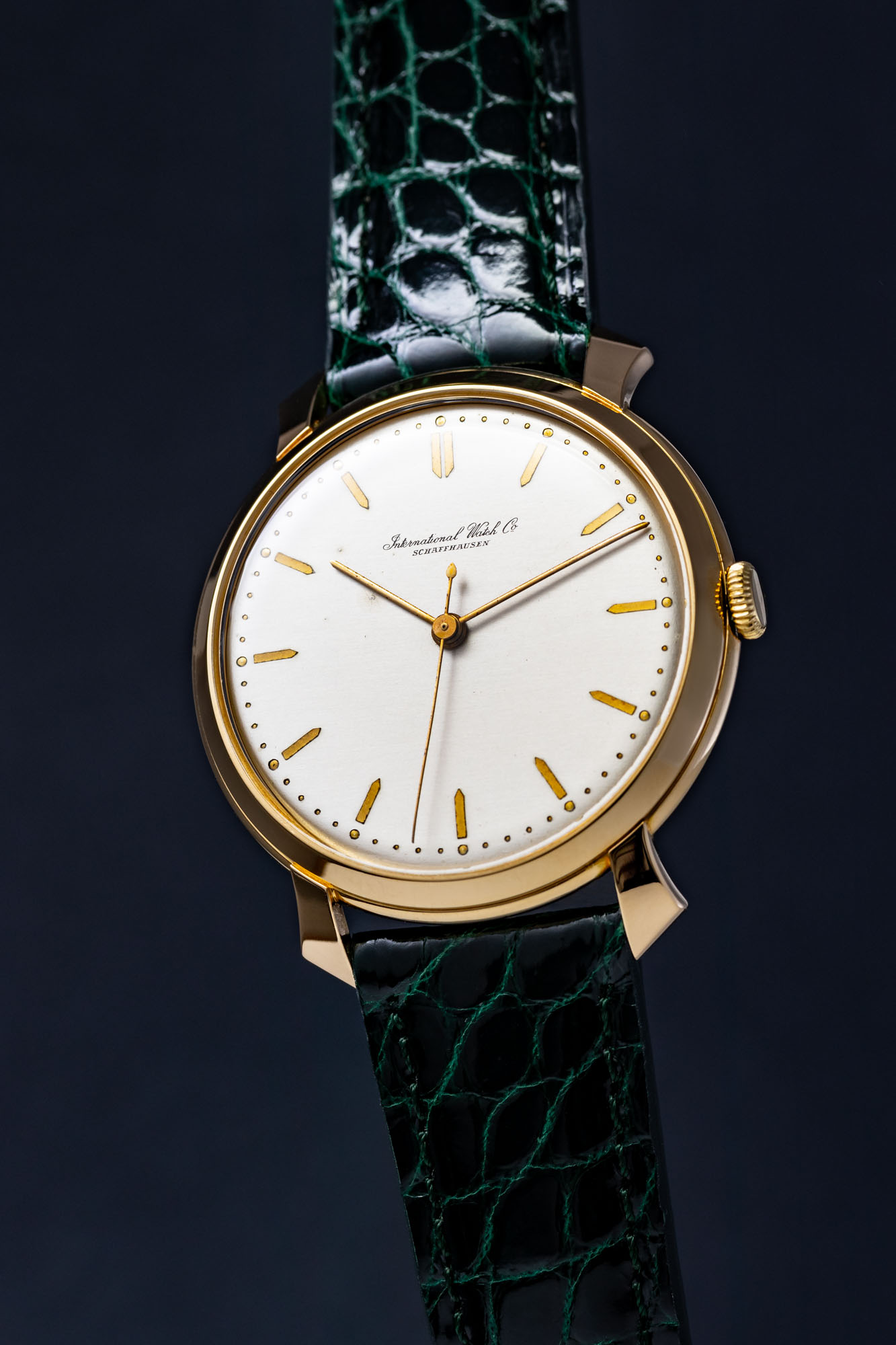 The nickname of this watch is called “sharky’’, this is because the lugs of this watch somewhat represent the fin of a shark. The sharky has gathered some fans within the AWCo office, due to its extreme versatility and beauty.

This specific watch is executed in 18k yellow gold, has a 36mm case width, and features the cal. 89, and is a hand wound.

Due to the 36mm case width, we are confident a whole array of people will love this watch! Come and see for yourself at Reestraat 3 Amsterdam!

International Watch Company, better known as IWC Schaffhausen, was founded by American watchmaker Florentine Ariosto Jones in 1868. The company specialized in Aviation watches and is currently operating under the Richemont Group umbrella.

IWC introduced its first pilot’s watch in 1936. An inner rotating pointer could be used to keep track of take-off times and the escapement was anti-magnetic, to cope with the magnetic fields from the cockpit instruments.

In 1939, two Portuguese distributors ordered a large wristwatch with pocket watch movement and another iconic IWC line was born: the Portugieser. Today, particularly the dressy Portugieser chronographs are popular among IWC aficionados.

When Europe plummets into WWII, IWC is commissioned by both sides of the conflict to supply military watches. The two best-known examples are the Dirty Dozen field watches for the allies and the big pilot, known as Beobachtungsuhr or B-uhr, for the German Luftwaffe. The latter would form the design template for the later Big Pilot range.

Towards the end of WWII, IWC developed a new military movement, known as Cal. 89. When the war ends, the tough caliber is fitted to civilian watches. The Cal. 89 watches, many in classic Calatrava style, remain popular among collectors until today. In 1948, the Cal. 89 is fitted to the Pilot Mk XI, another popular vintage reference.

1955 Saw the introduction of another influential IWC model: the Ingenieur. IWC used its expertise in magnetic resistance to manufacture a watch for engineers and scientists, working with magnetic fields. This is two years after Rolex introduced the Milgauss for the same clientele.

In 1967, IWC branches out into water sports. The Aquatimer is introduced as a serious divewatch. The more casual Yacht Club is launched alongside for all-purpose daily wearing.

IWC remained innovative, being among the early adopters of the brand new quartz technology, for instance. But the house also recognized the value of heritage, building on its historic Pilot and Portugieser ranges. The result is a broad scope of all sorts of watches, for all sorts of people. Through it all, IWC maintained a reputation as high quality watchmakers.