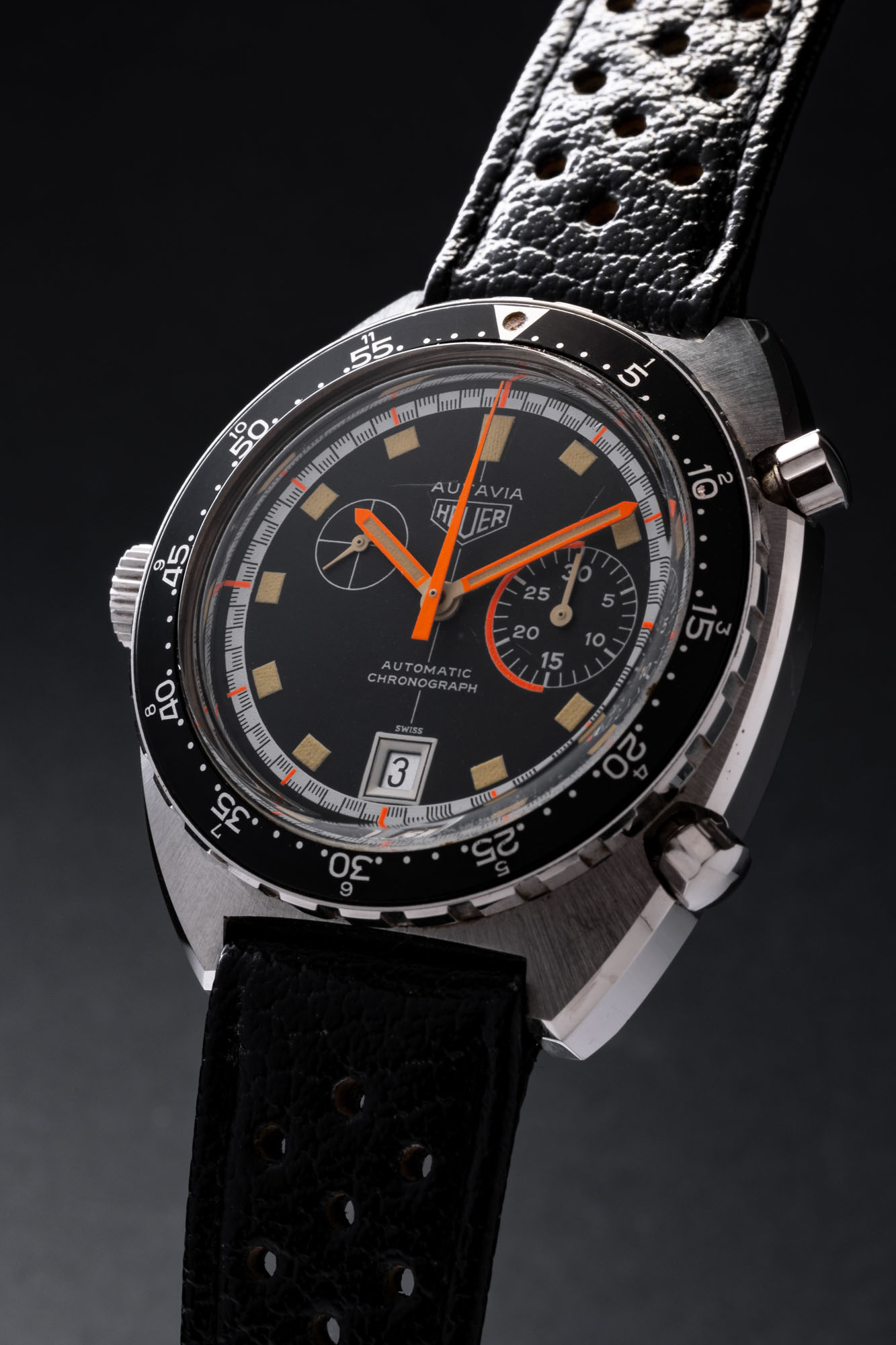 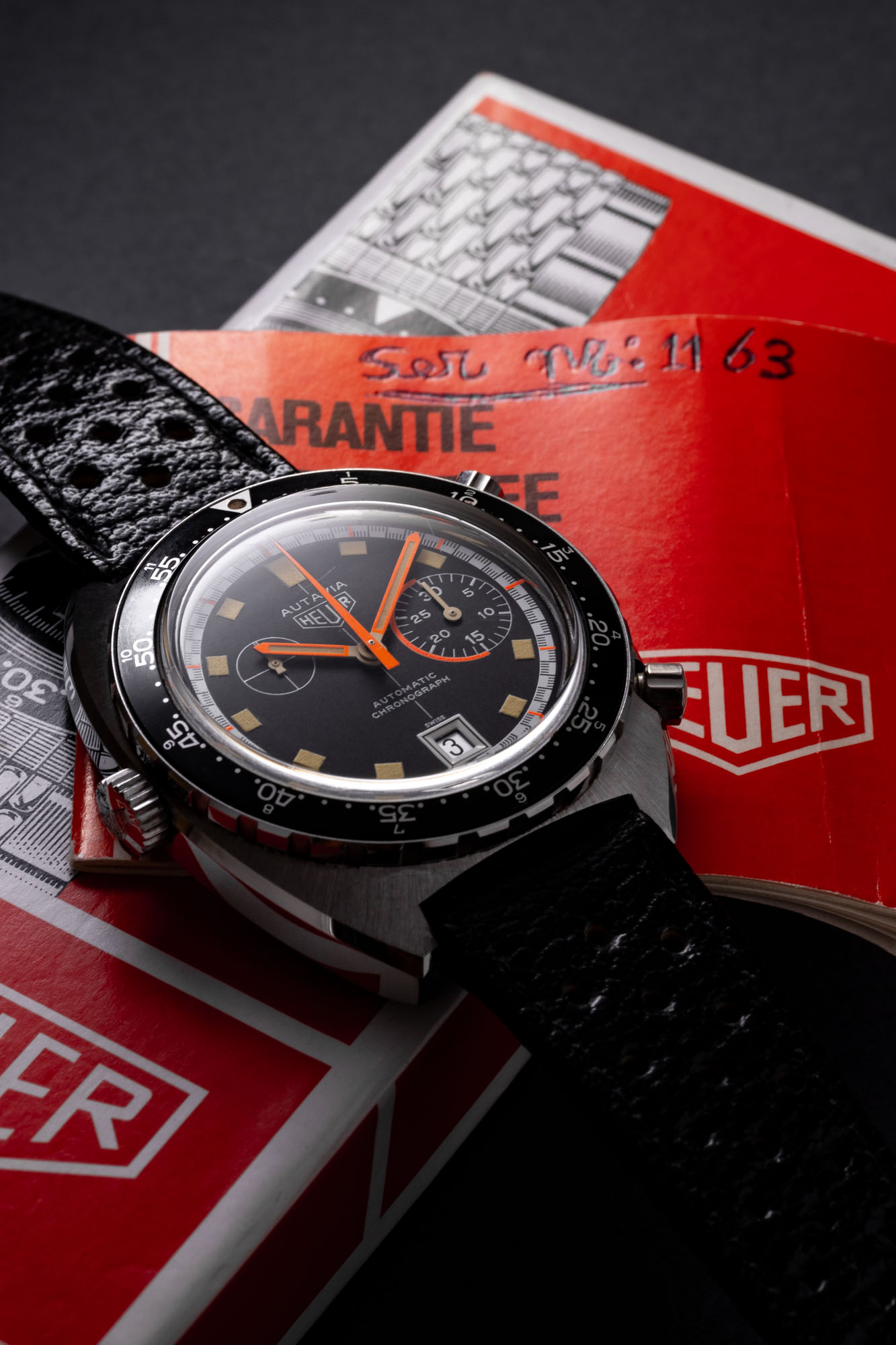 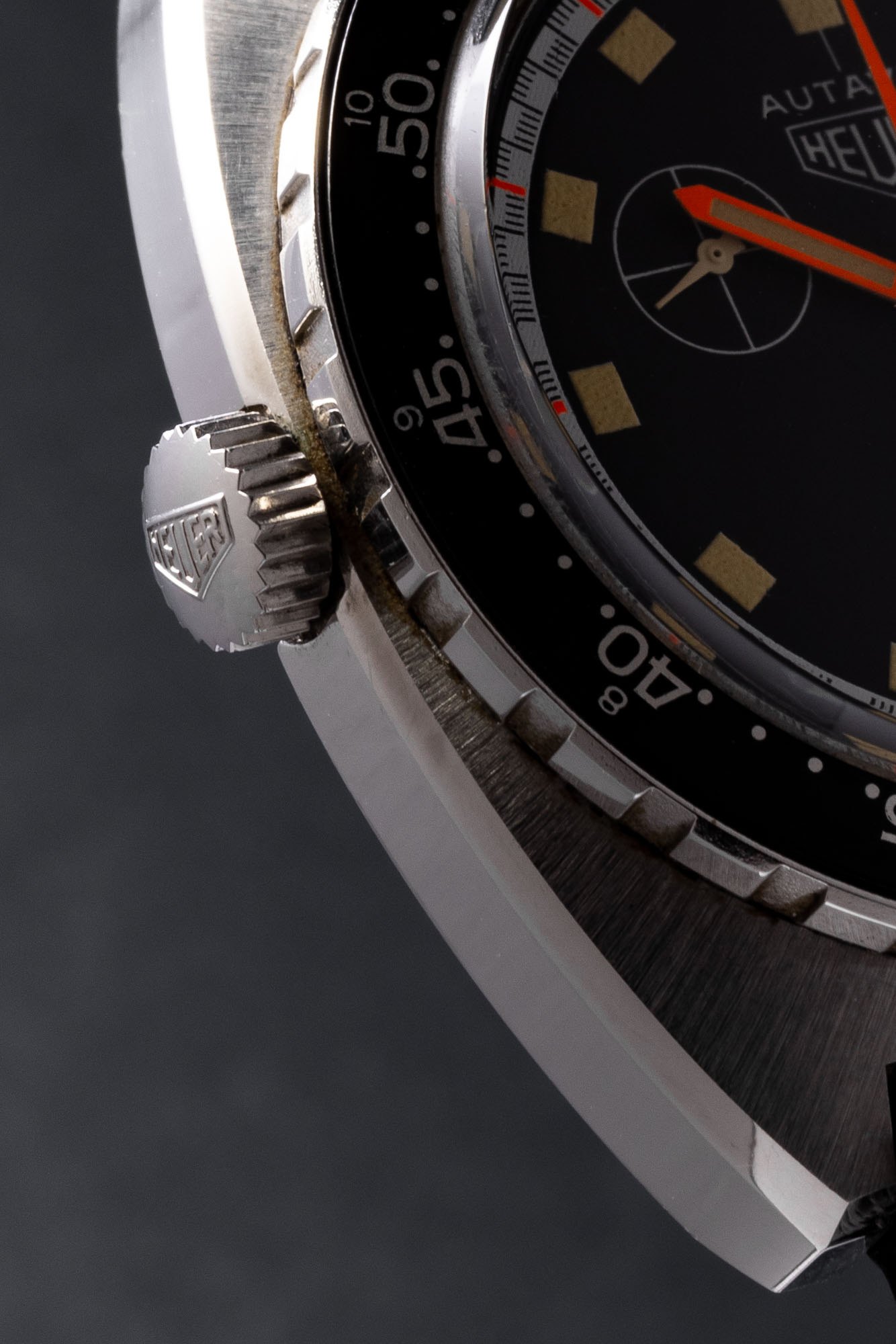 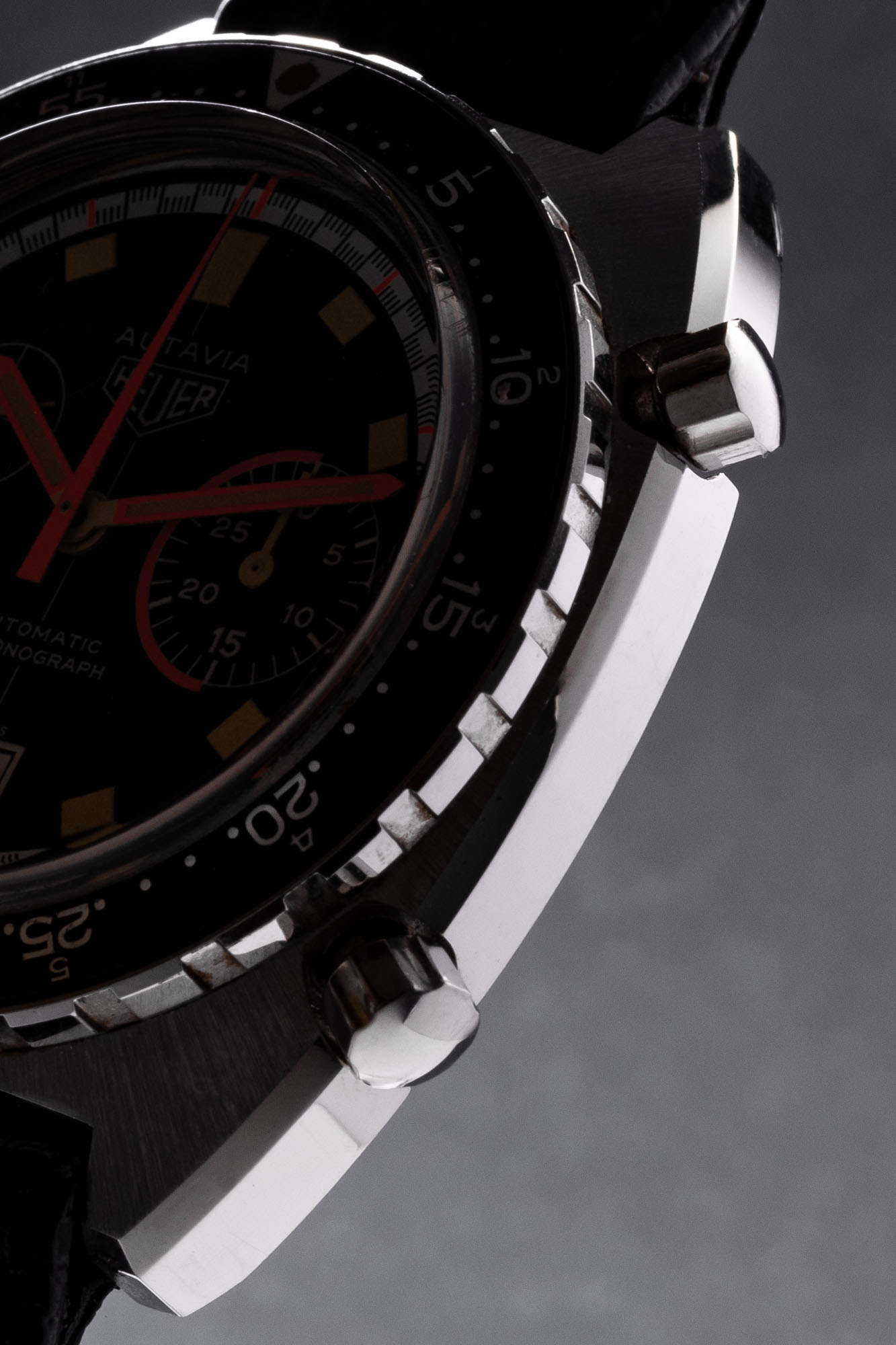 Heuer is one of those beautiful watch brands which has an enormous and intersting history. Since 1860 many patents and watches saw the light of day. The Heuer Autavia wristwatch was introduced in 1962 and was inspired by the famous Heuer Autavia dashboard clock which was used in motorsport. The Autavia has seen many variations when it comes to the dial, bezel en coloursways and the one we have is very, very special.

The Heuer Autavia with reference 1163 was produced from 1969 to 1972. The competition among watch brands in the 1970s became more fierce, many brands developed broader collections with new models, funky colours and sporty looks. The price for sportswatches became more important as well when quartz watches became available. Heuer realised this well and started to feel that the economic climate for swiss watch manufacturers became more tough. As a result, Heuer developed new movements for both the Autavia and Carrera which were going to be cheaper and easier to produce in order to keep competing. The successor of the Autavia 1163 would get the new caliber 14, and the new carrera would get the new caliber 15, and this is where it gets interesting with the piece we have.

The Autavia we have with its exotic dial has the Caliber 15 movement on the inside. This was the movement which was destined for the new Carrera, an entirely different watch than the Autavia, with a different chronograph lay-out. Strange enough, the Carrera movement fits perfectly in the Autavia, but it displays different functions on the dial. Why this was done is still unknown since Heuer has very mediocre documentation on production and development. This Autavia got a unique dial specially made for this sort of ‘fusion’ watch. This is the only Autavia with a decentralised seconds-hand and without the hours-register for the chronograph function. Rumors have it that there are less than 100 pieces of this specific watch and for a long time people thought this was a prototype watch. The rarity and collectability of this strange and original Heuer is what makes this watch so special.

The exotic dial is best described as a matte black dial with a white and grey racing-checkered surrounding ring. The revolving bezel is still super sharp and the black colour has transformed to a nice faded dark blue teint. The tritium on the dial is spotless  and has a beautiful mint-green colour. The original orange hands make it funky and a real 70s watch.

Are you interested in this masterpiece? It will be shown at the PAN Amsterdam art and design fair, from 20-27 November. Give us a visit and be surprised by our extremely fine curated collection of wristwatches.