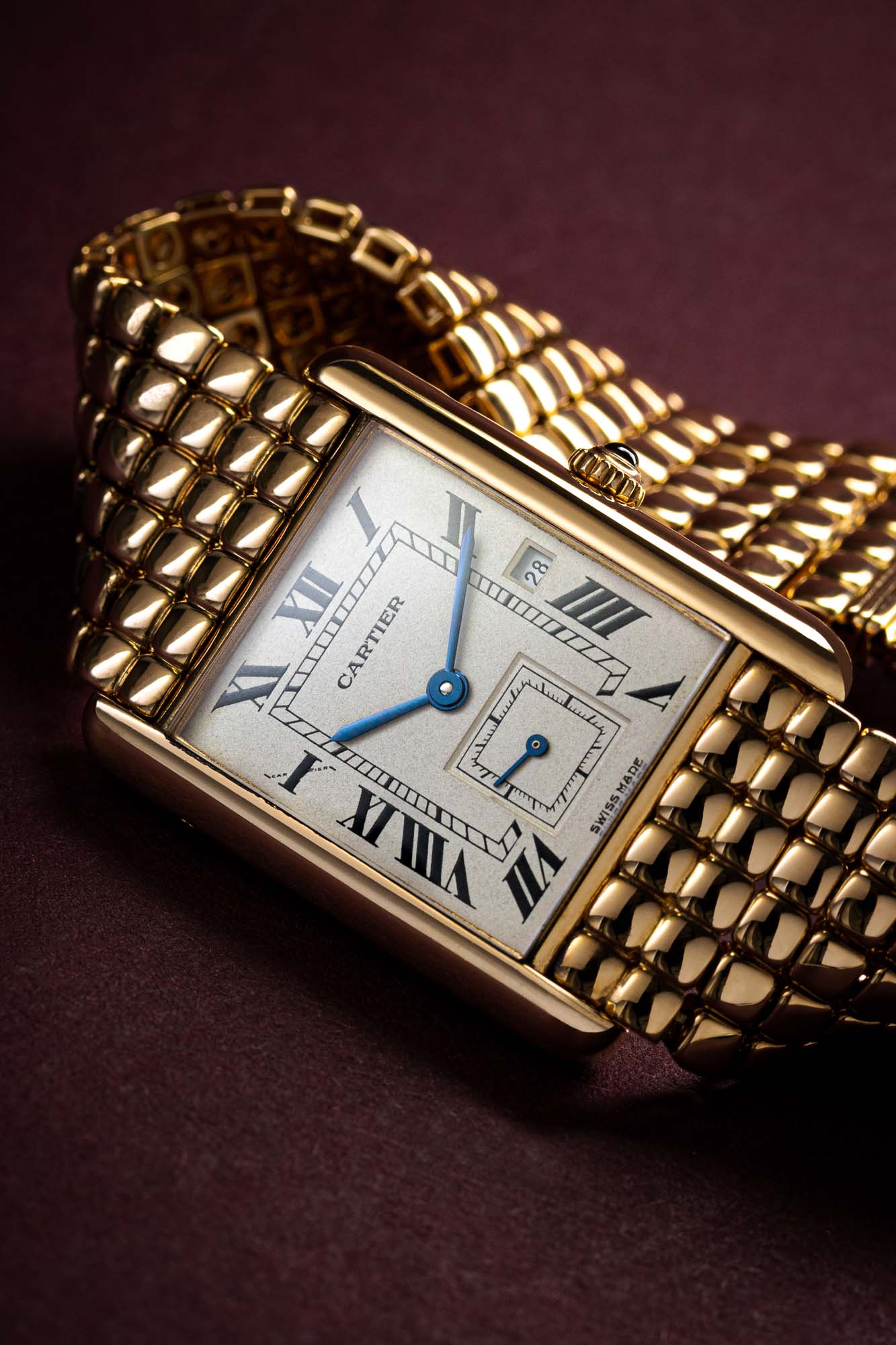 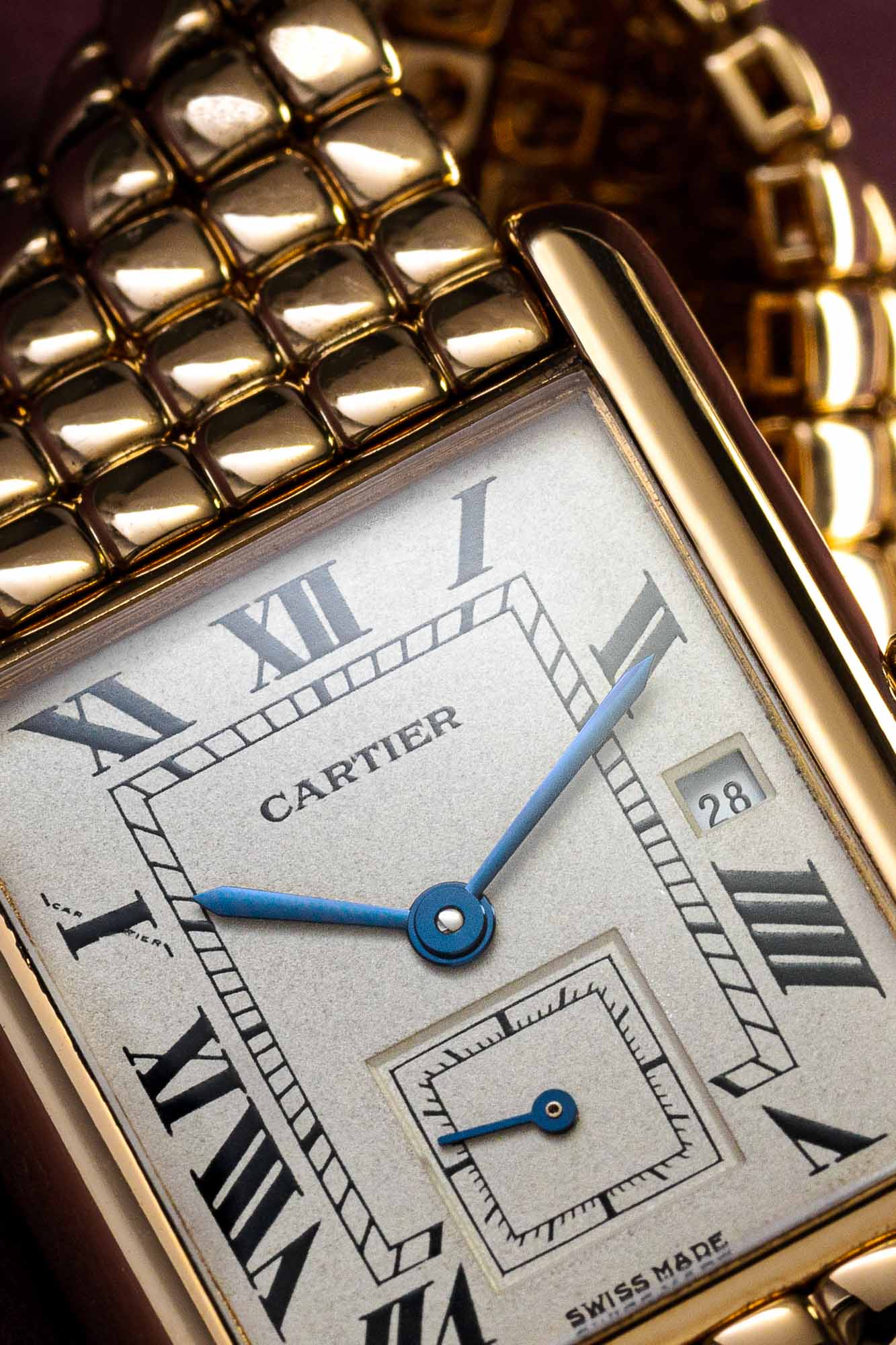 Most of the times that we talk about Cartier, we try to quote King Edward VII of Great Britain, as he referred to Cartier as “the jeweler of kings and the king of jewelers”.

We love to tell stories about Cartier as it is a brand with many great stories and a lot of heritage. Cartier has a kind of romantic feel about the brand that we can completely understand. Creators of the Santos, which is widely considered to be the first purpose-built wristwatch and certainly, the first pilot’s watch!

Louis Cartier, the founder of the brand, invented the Cartier Tank in 1917. The shape and the name of the Cartier Tank are actually inspired by the top-down view of a Renault FT-17, which is a French army tank that was used during the first World War.

This specific Cartier Tank dates back to the year 2000 and is executed in a 23.5mm 18k yellow case and even features very rare beads of rice bracelet. This watch has a convenient quartz movement, date complication, and of course the iconic black roman numerals combined with the blue hands.