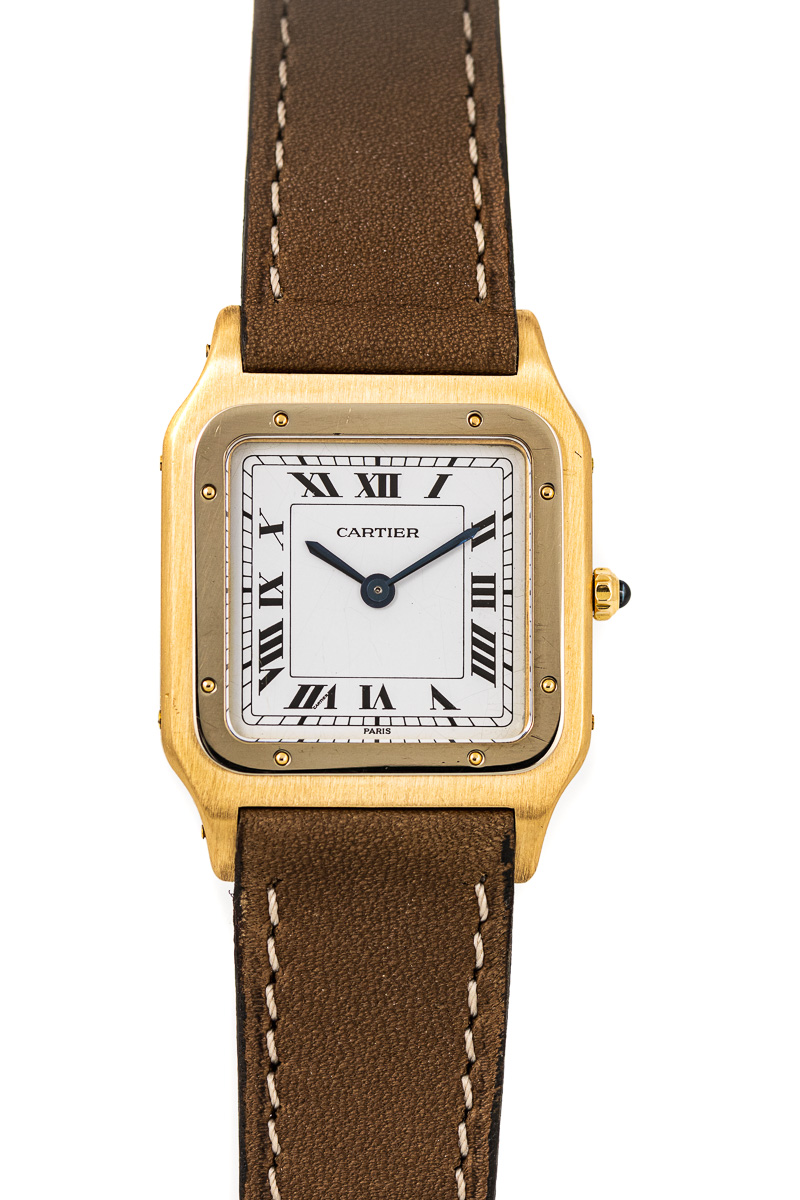 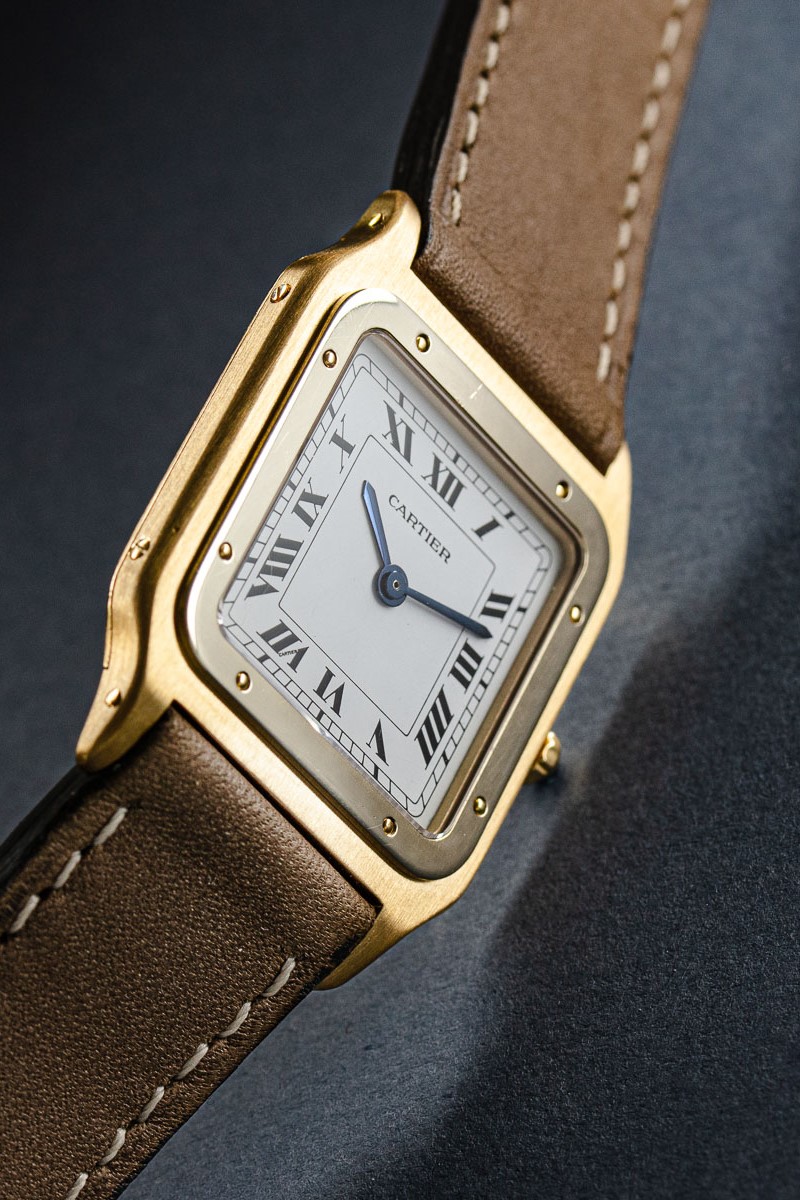 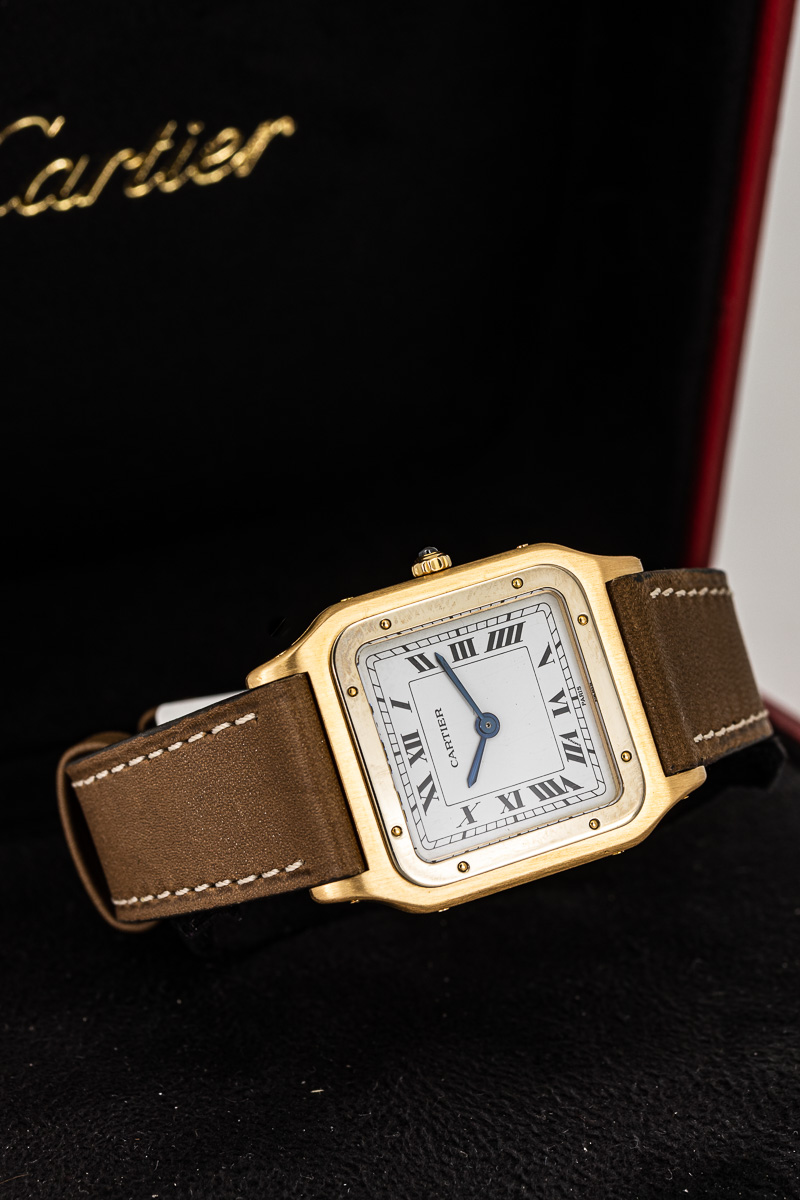 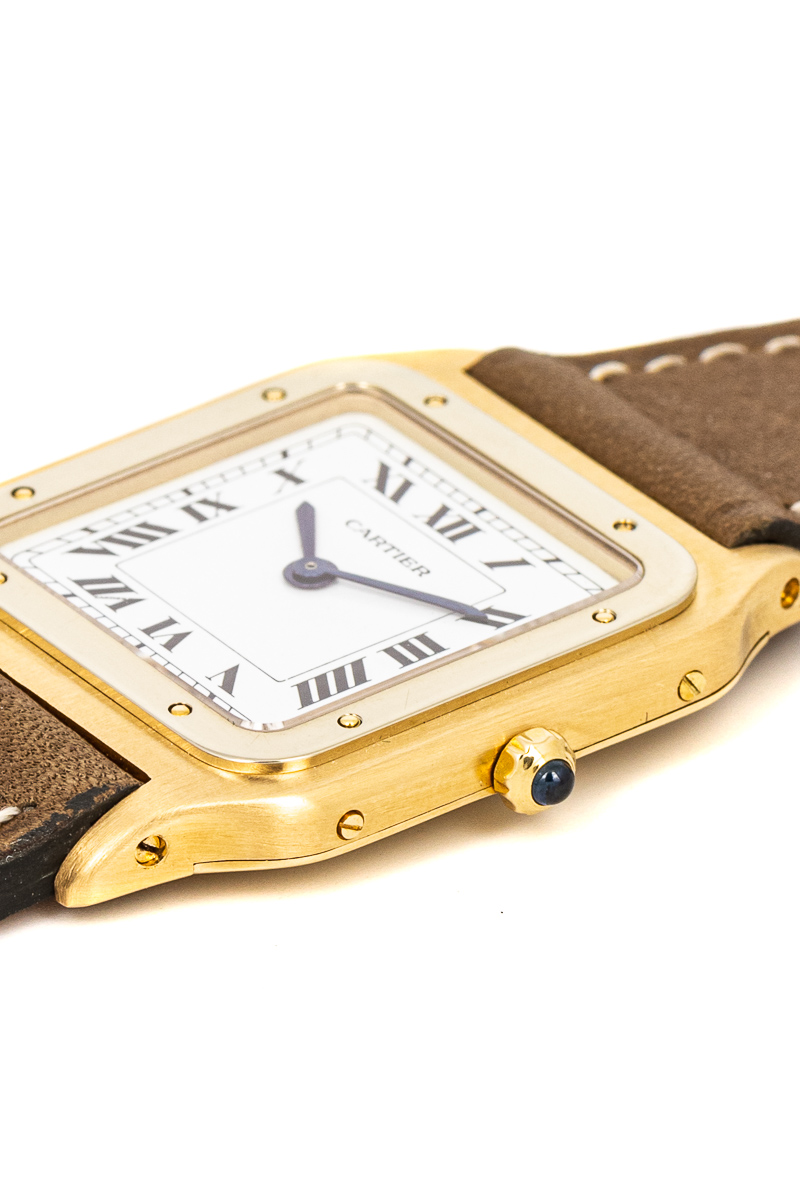 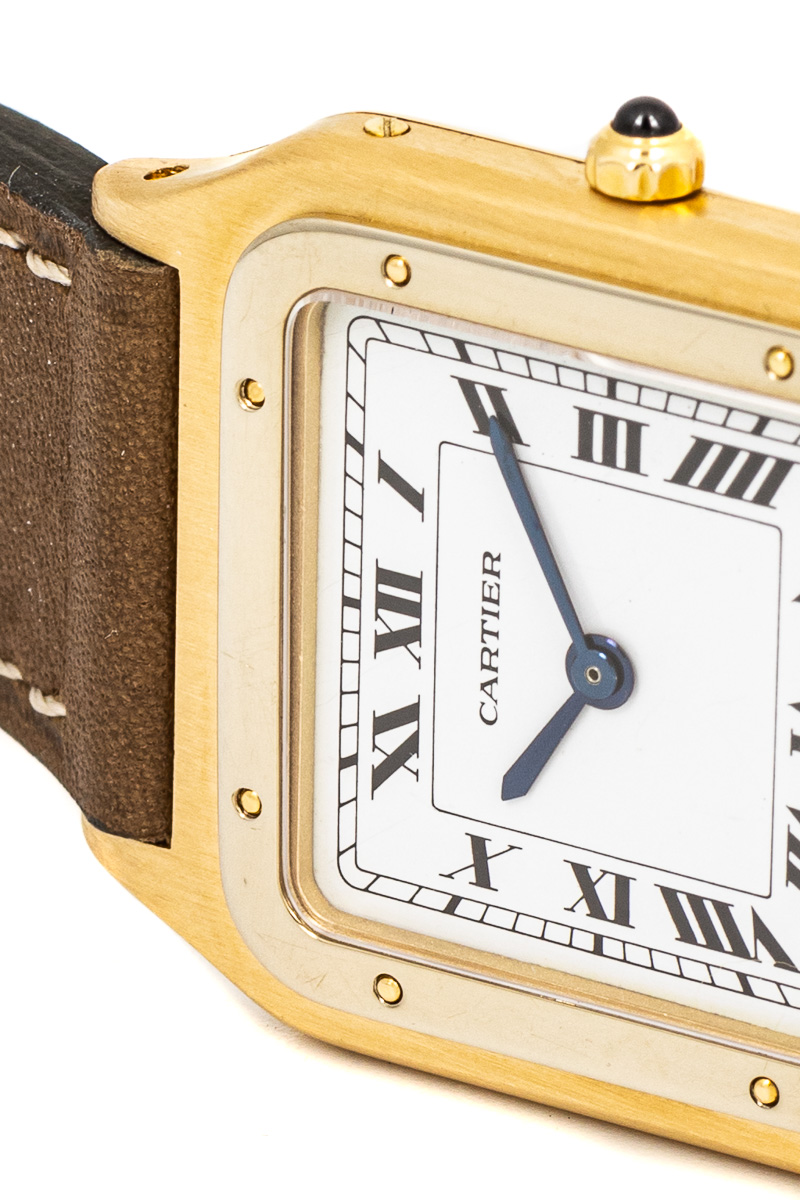 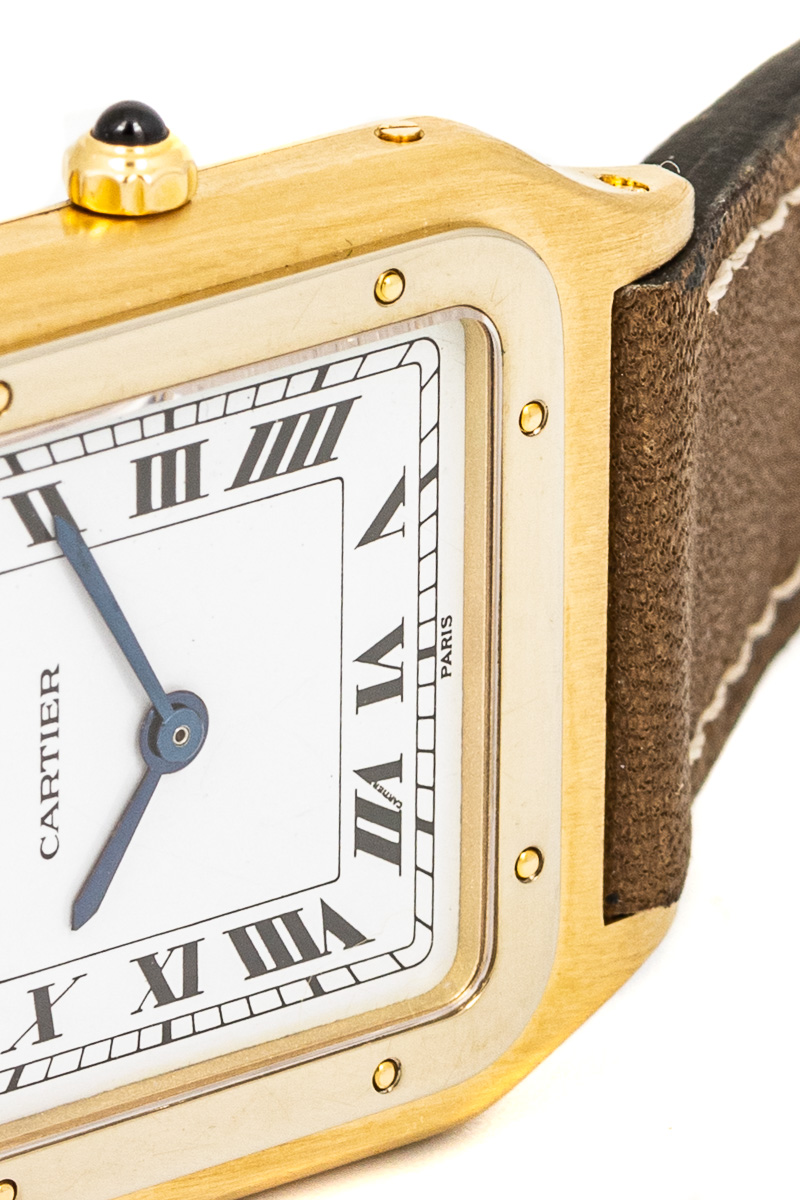 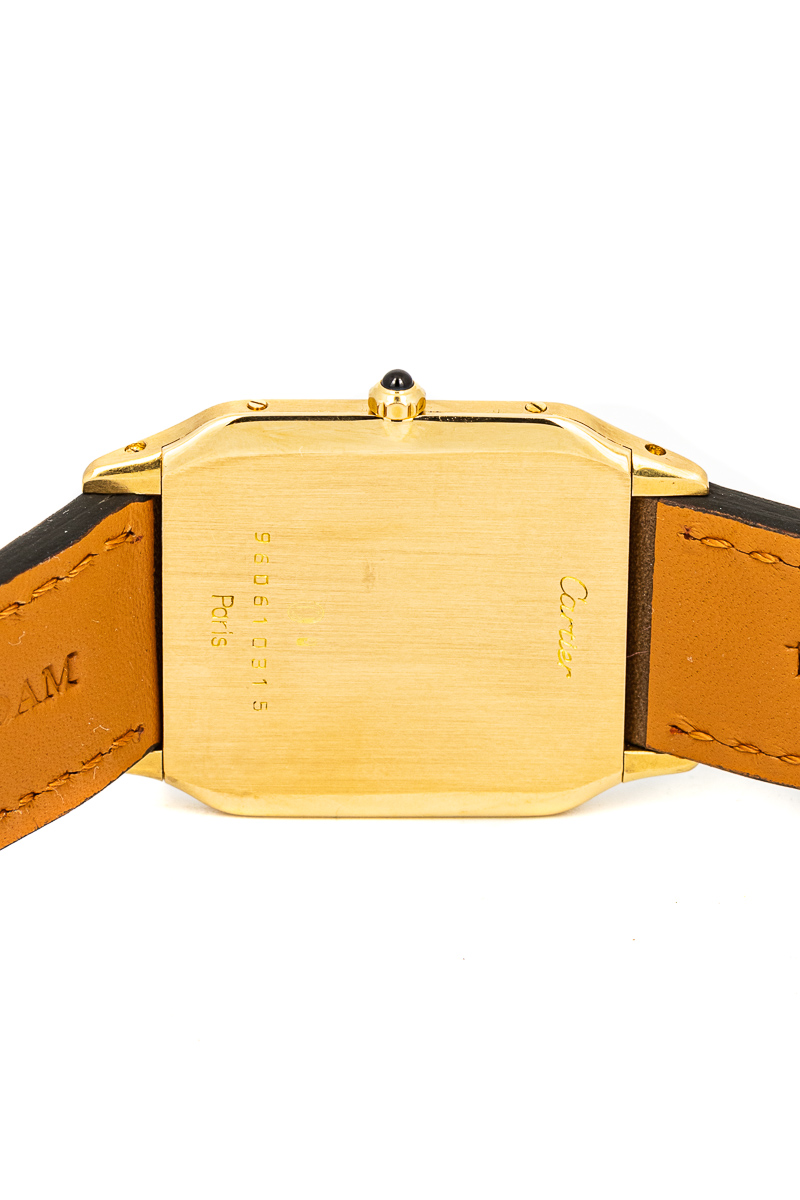 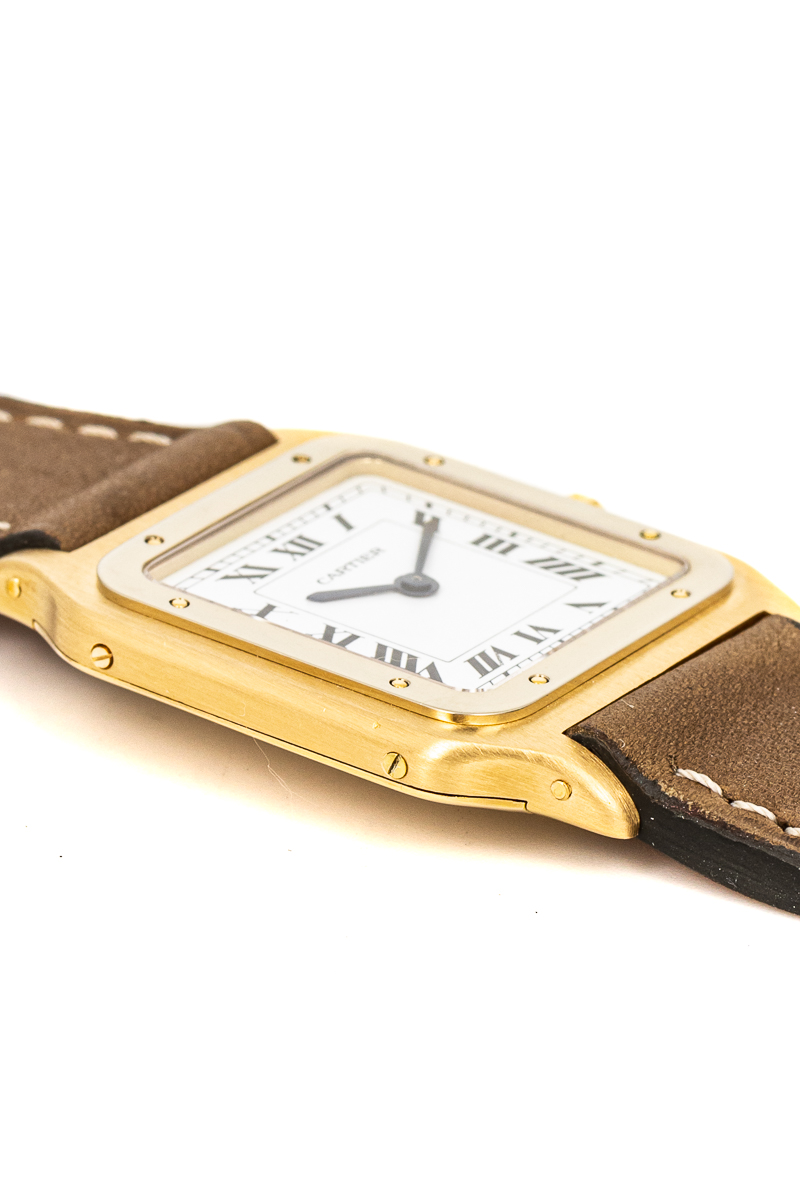 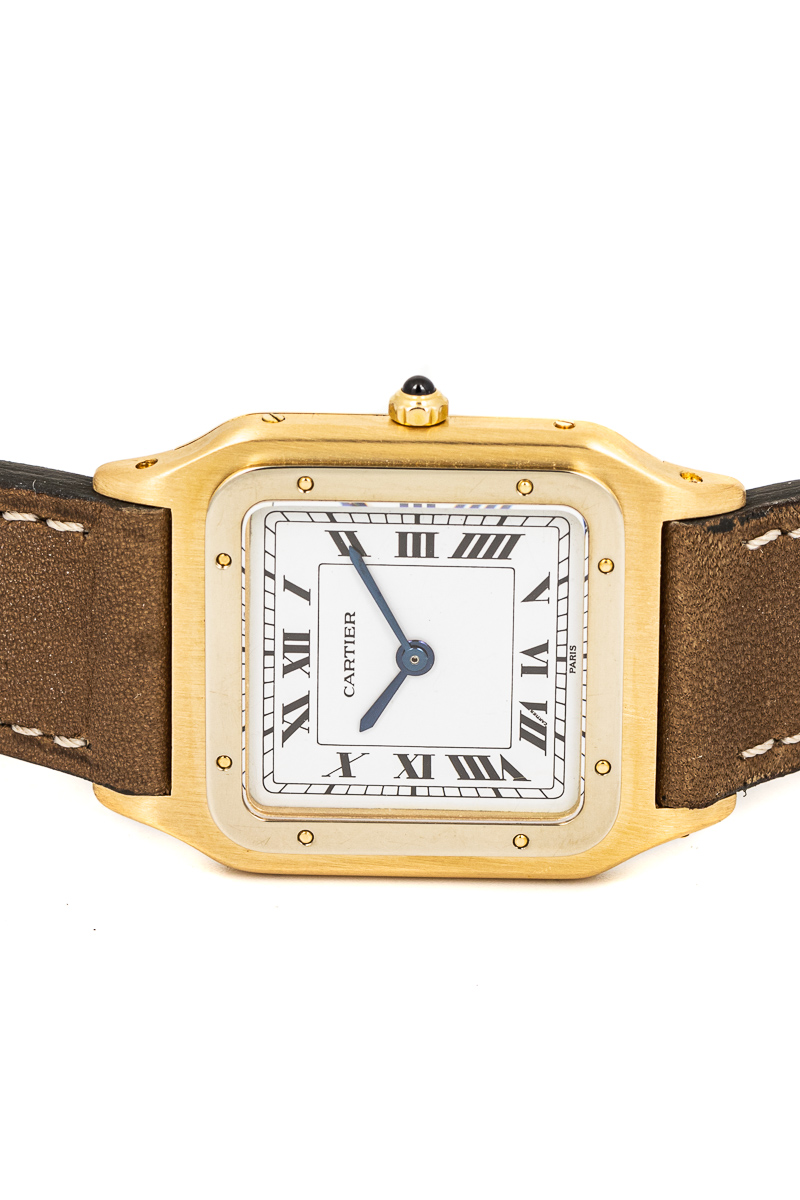 Elegance in its purest form!

Sometimes less is more. Like in the thickness of a good dress watch. Laying flat on the wrist, effortlessly sliding under your cuff. Drawing attention through its tasteful beauty, rather than its girth.

But there is a bit of fascinating history to this watch as well. Mister Santos Dumont was a Brazilian dandy and aviation pioneer, born in 1873. This was a time when men wore pocket watches and only women would be spotted with a wrist watch. Being well-connected, Santos asked Louis Cartier for a watch to use while flying in 1906. This would come in handy for navigation purposes.

Cartier took up the challenge and since this was supposed to be a practical tool for continuous reading of the time, the result would be wrist-worn. The Cartier Santos was born in 1911, originally with a Jaeger movement. This is now considered the very first pilot’s watch and also the first wrist watch for men.

The example we have here still clearly shares its DNA with this legendary predecessor. Now suited to both men and women and considered more of a dressy watch, due to its classical aesthetic and proportions. It is fitted with a manually wound mechanical movement, to allow for maximum thinness. Or should we say minimal thickness? It is “Paris” signed, which is a big plus for the Cartier connoisseur.