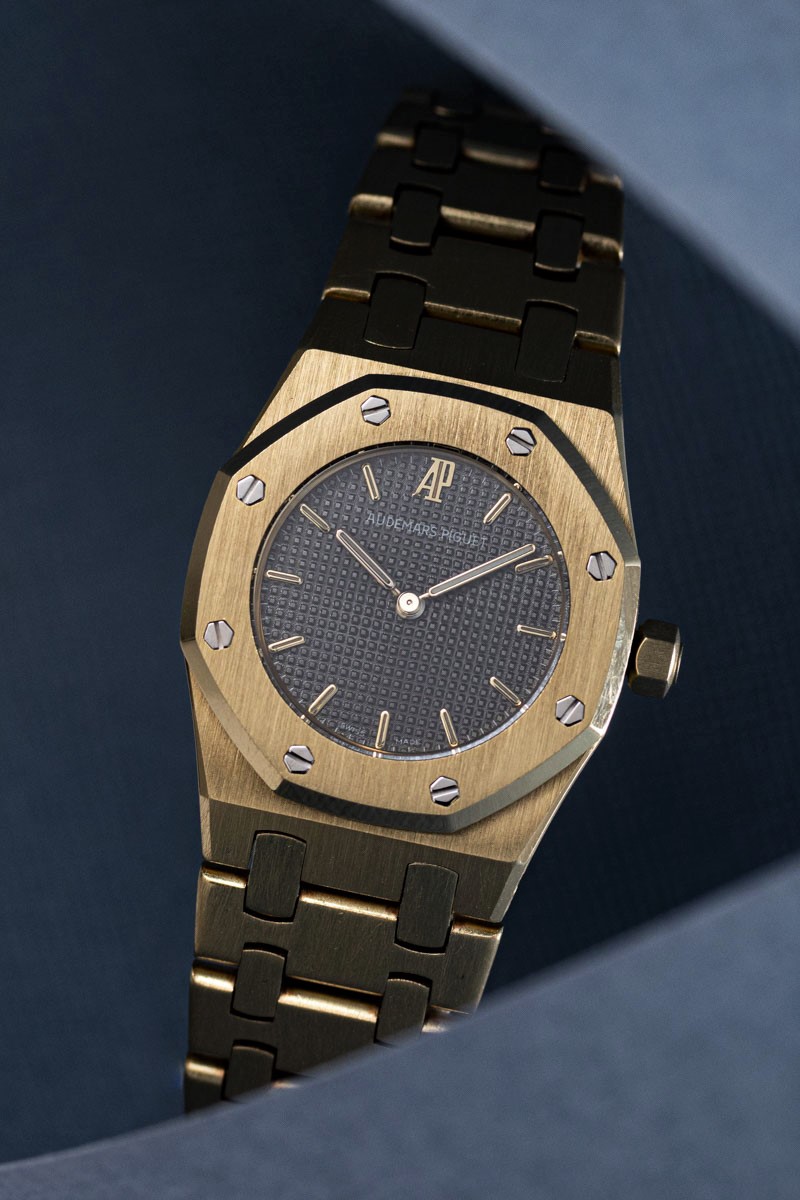 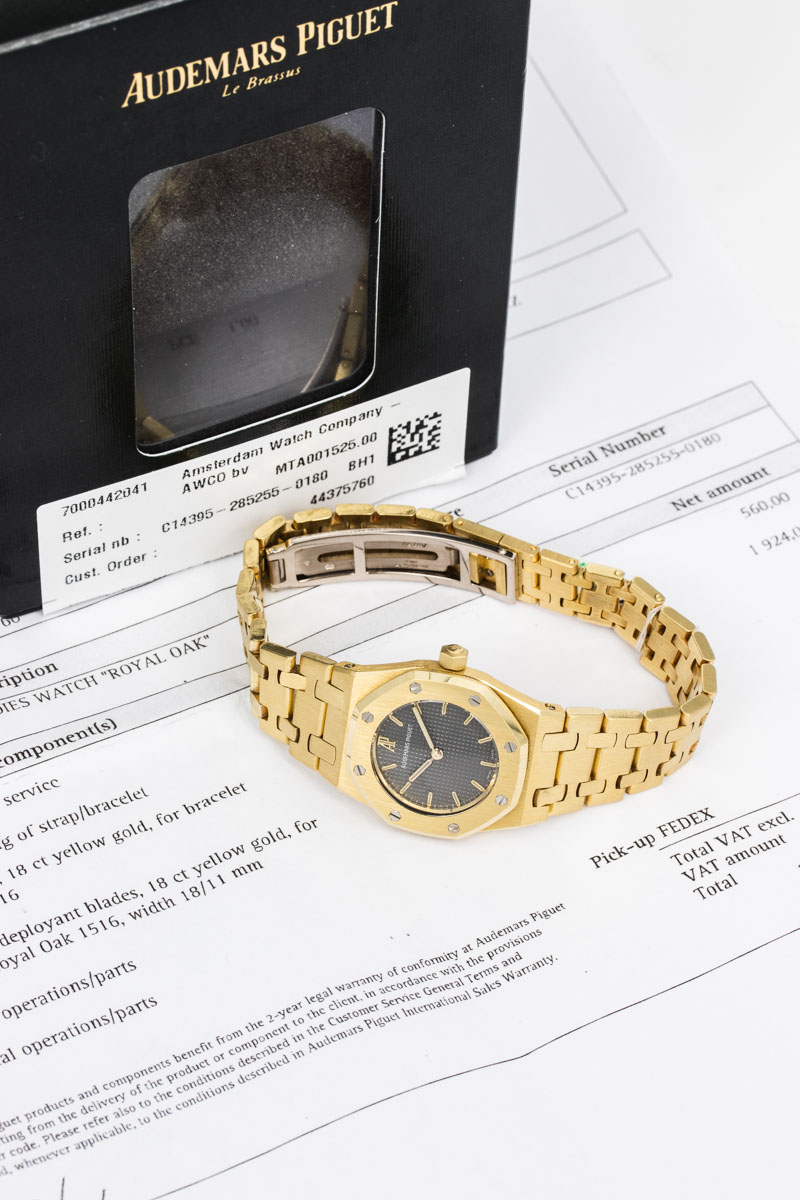 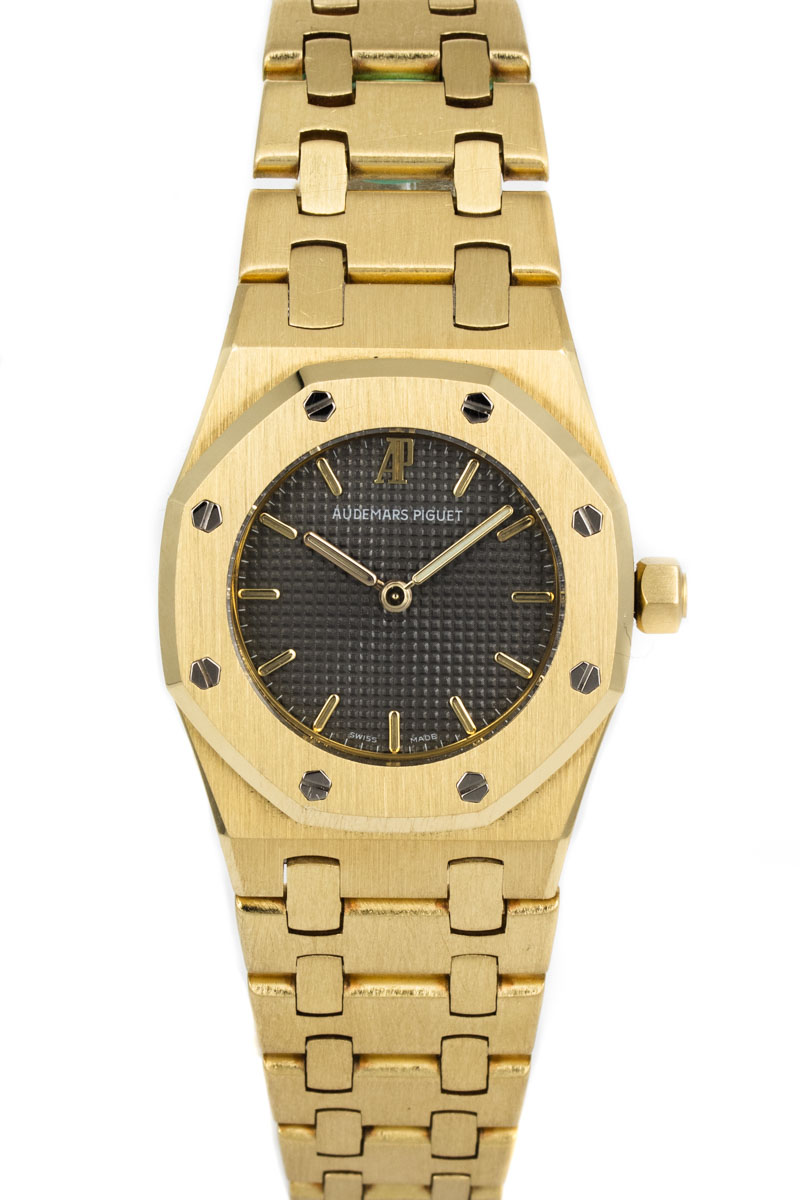 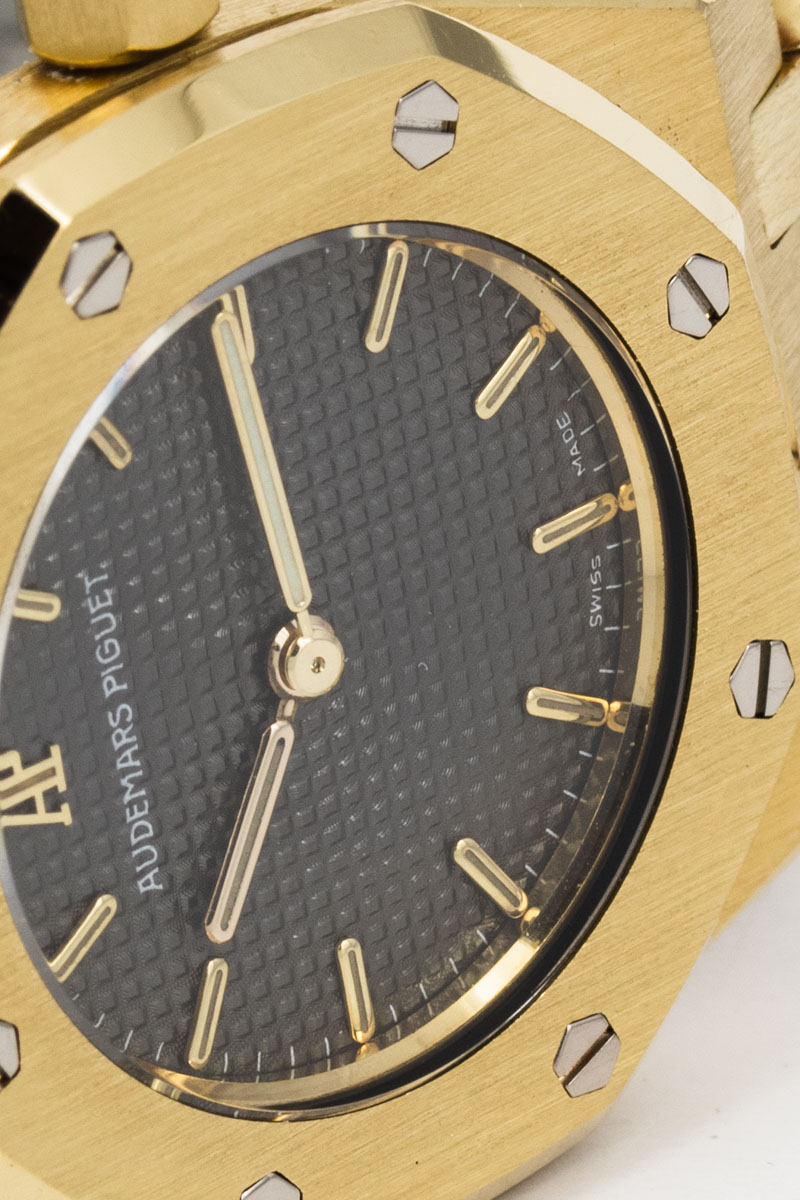 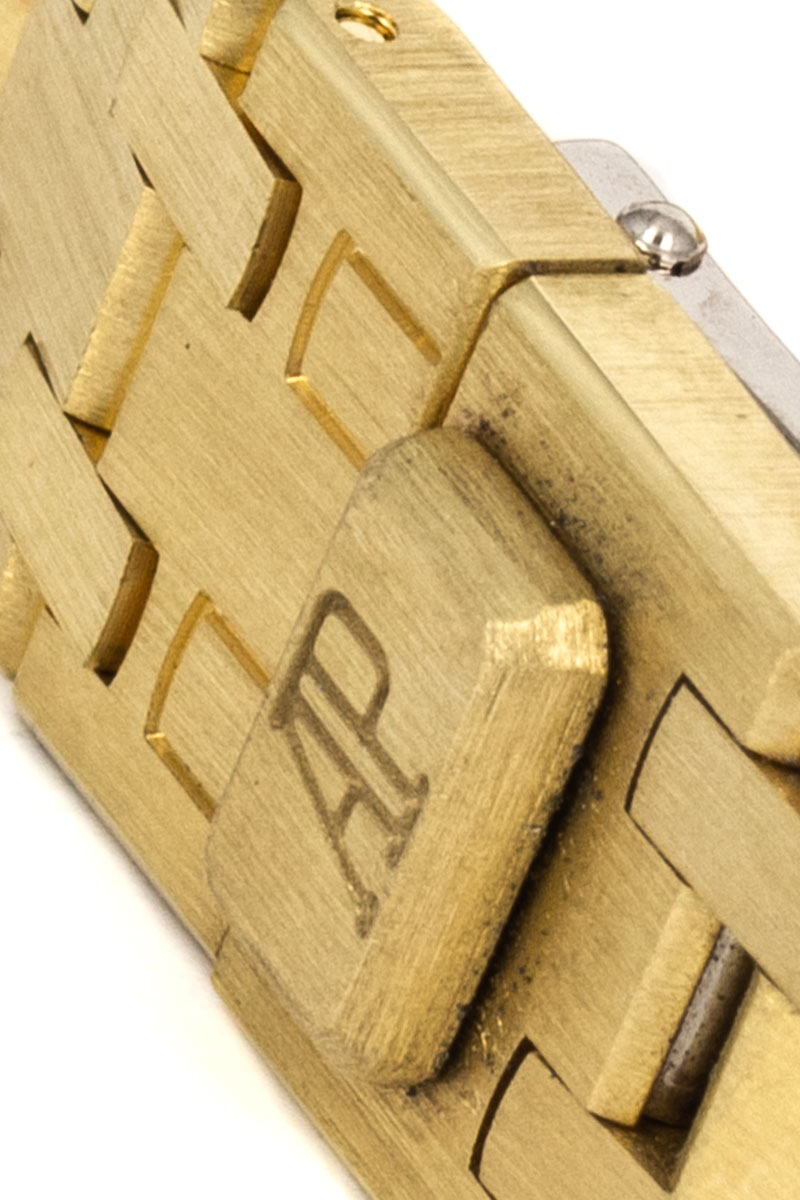 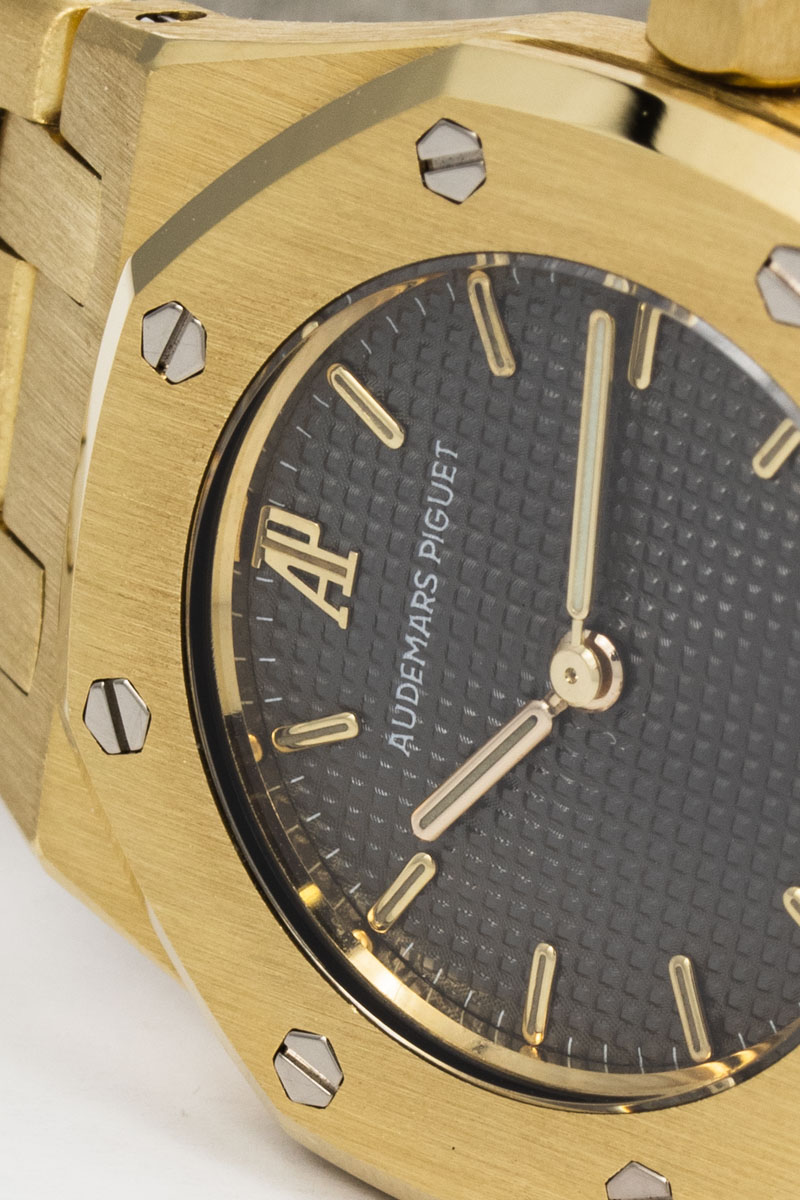 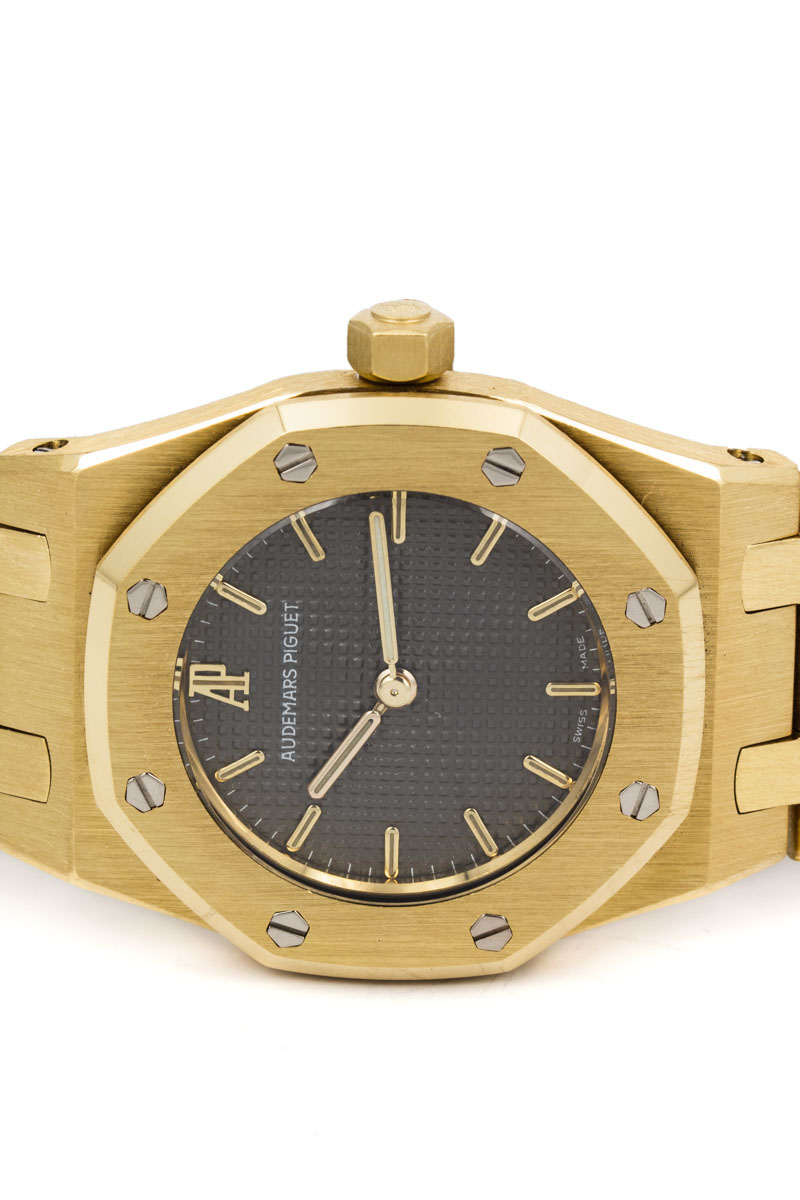 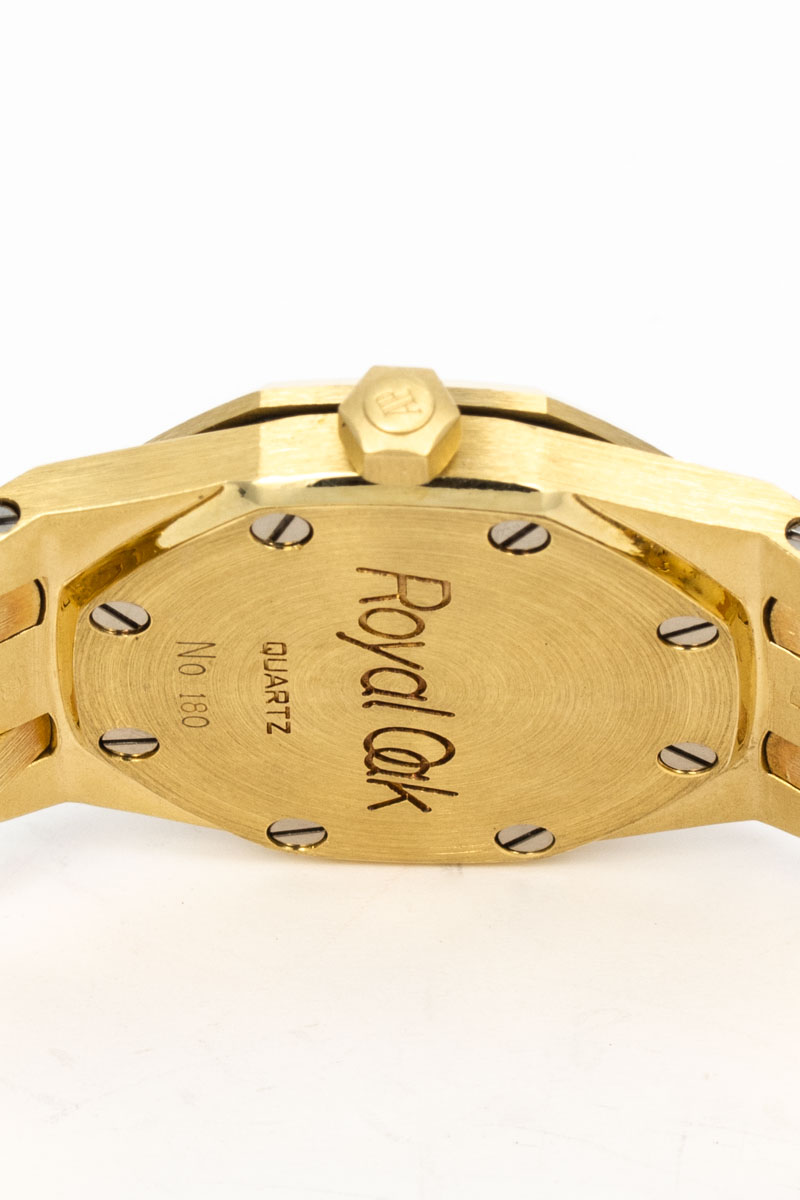 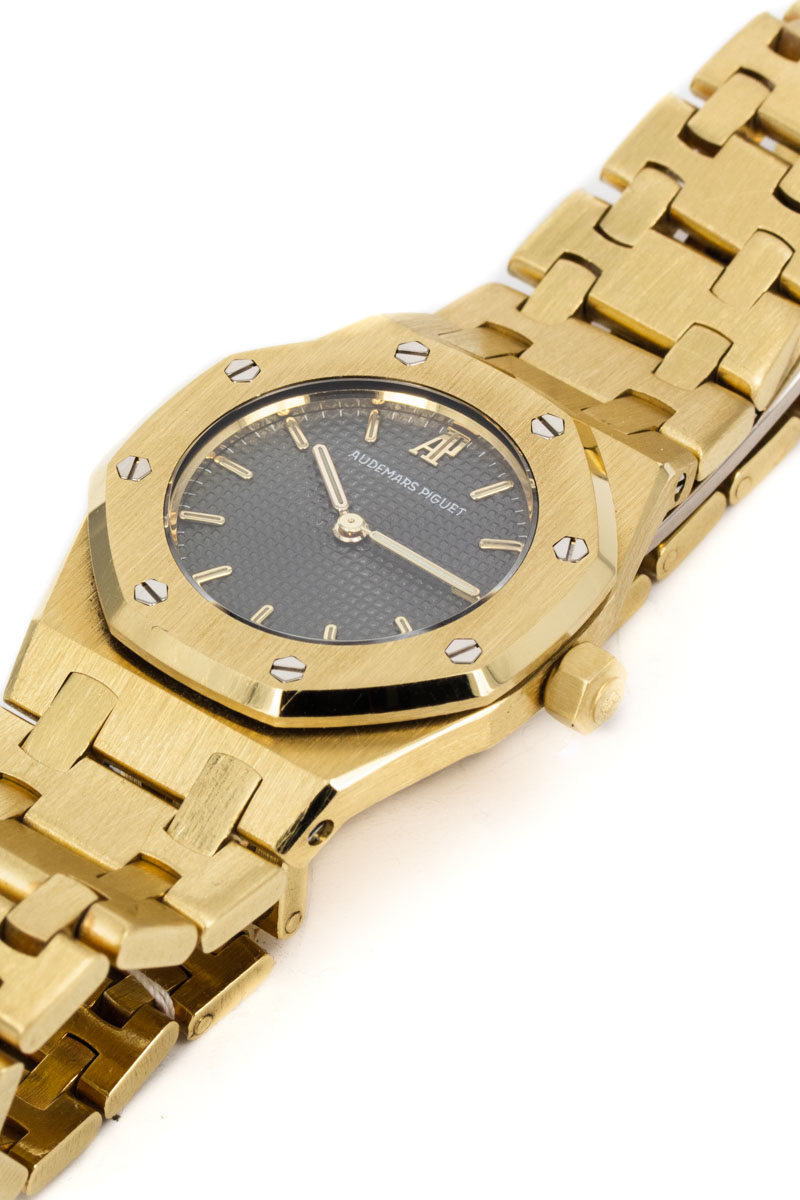 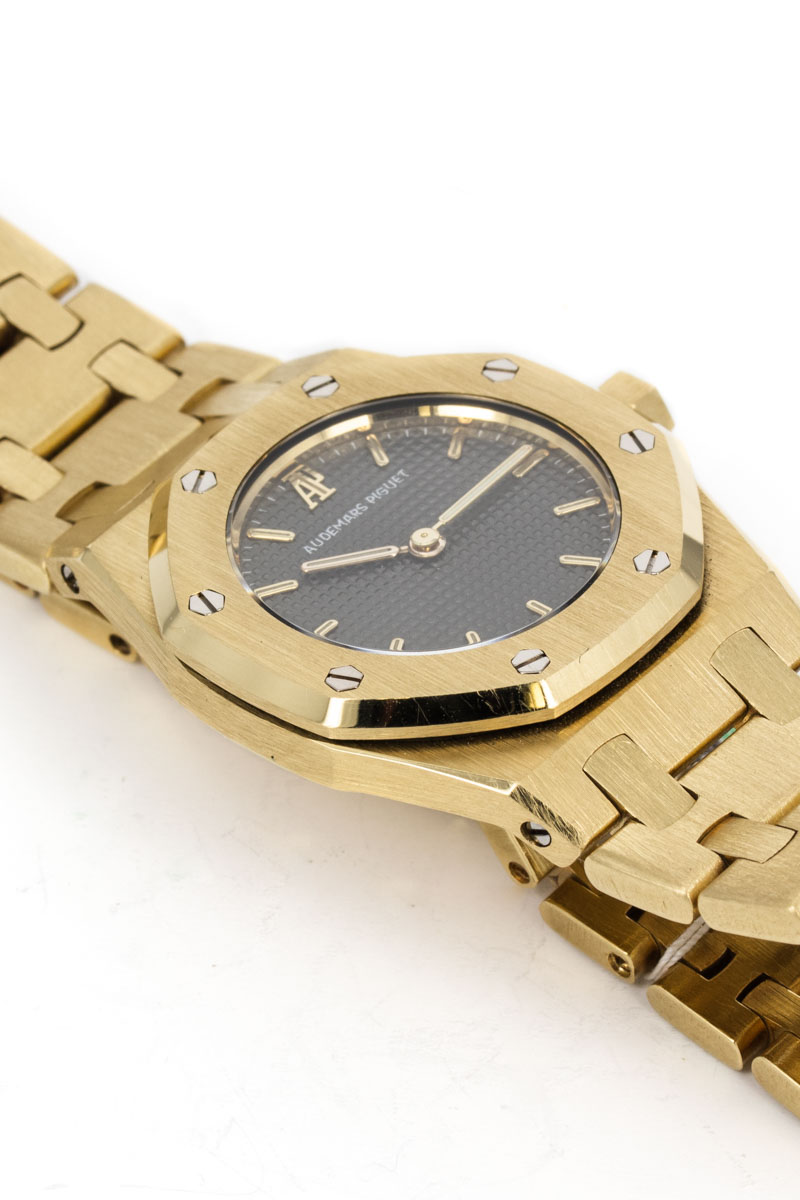 Here we have one of the absolute top icons of the watch world, executed in a 26mm size.

This Audemars Piguet Royal Oak is crafted in 18k yellow gold, for that ultimate luxurious feel. The heft only adds to the attraction here.

Inside beats a quartz caliber for maximum convenience. This is a watch you can just grab and go.

If you are ready to take on the Royal Oak. Come and try it on in our boutique at Reestraat 3 in Amsterdam.