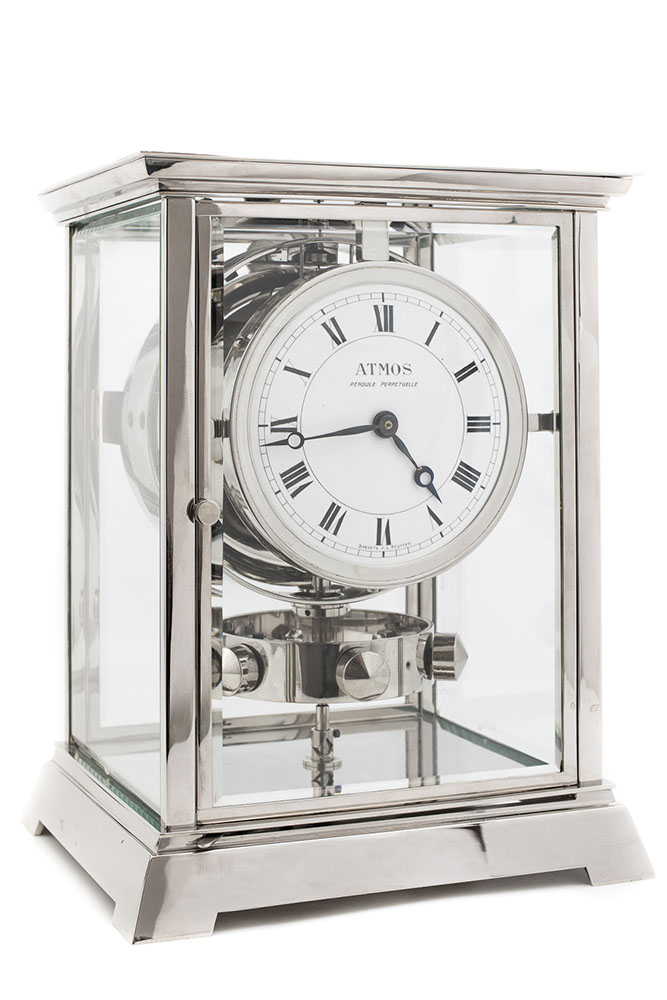 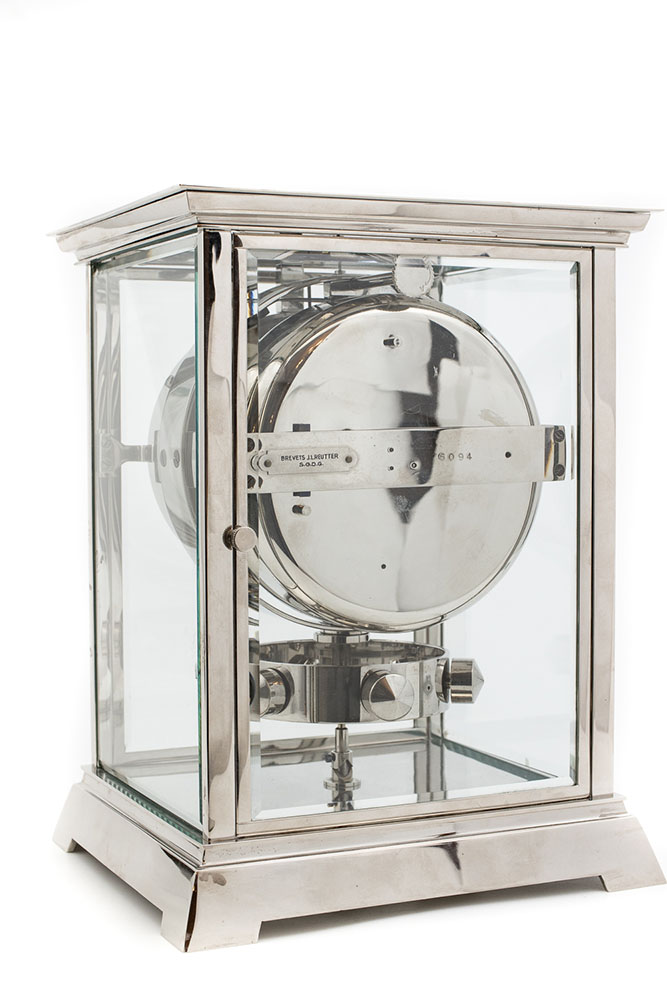 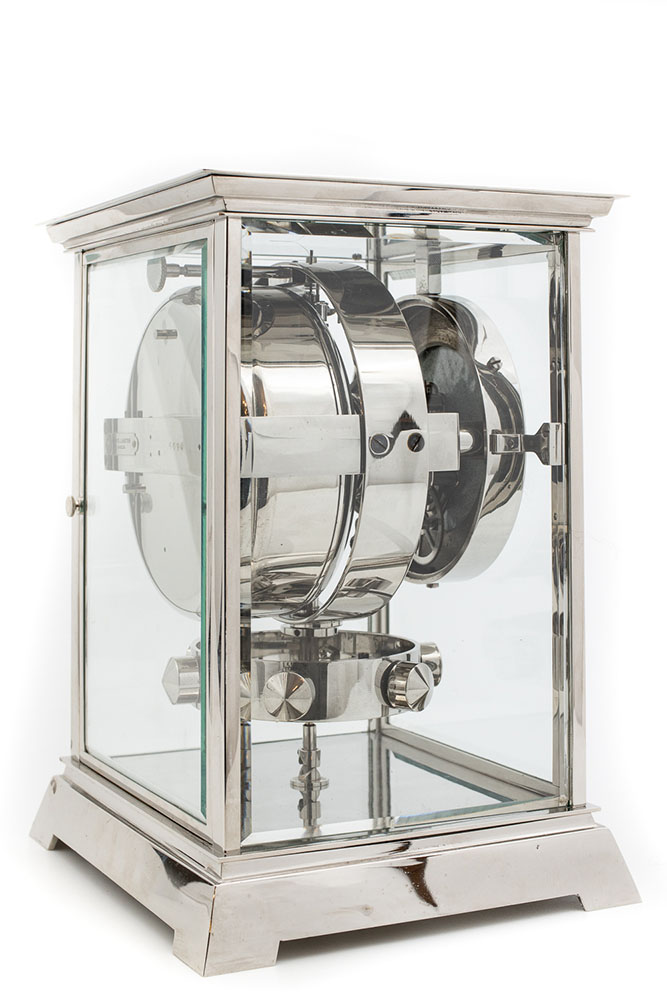 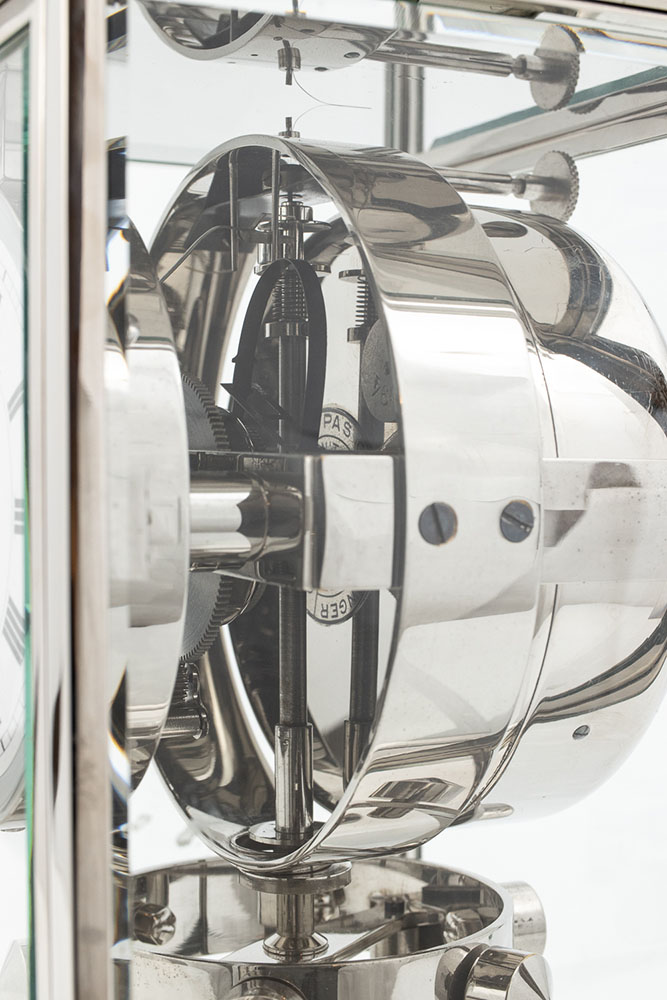 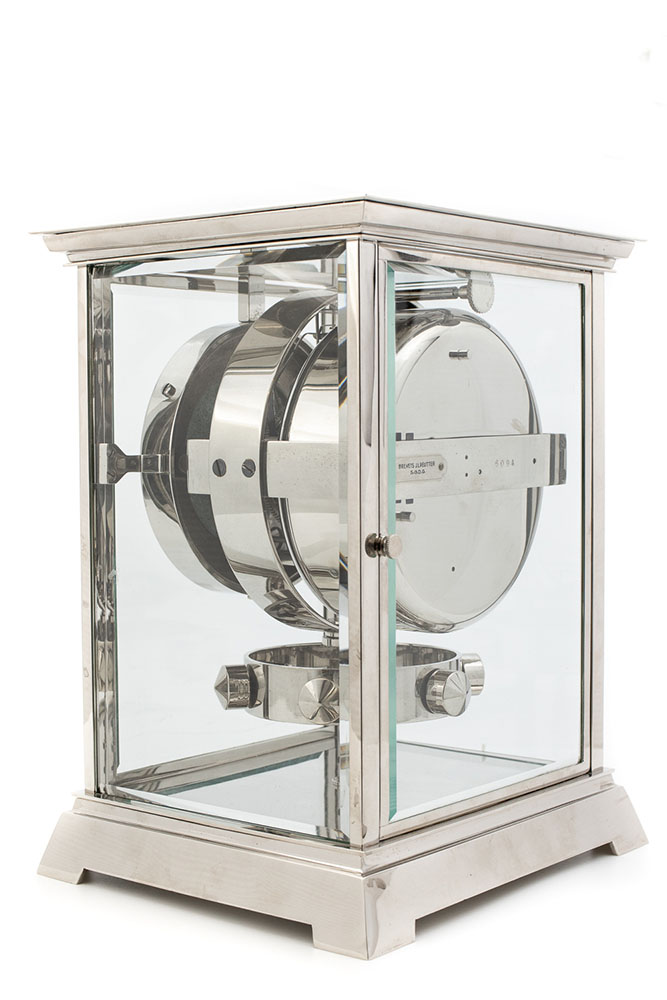 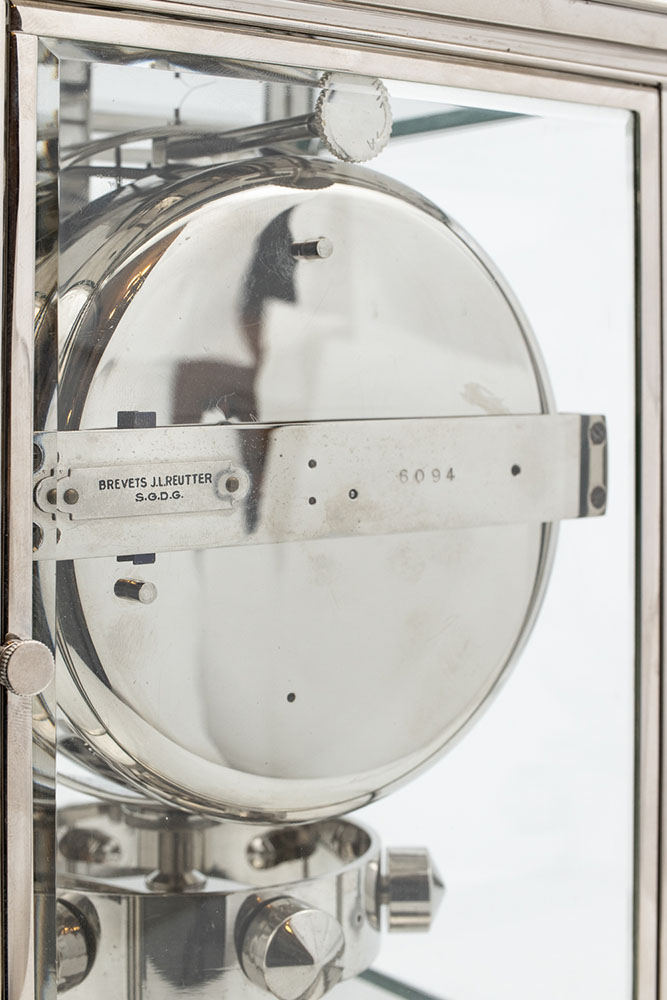 One of the most legendary clocks ever made.

‘Living on air’, that’s the slogan that comes with such a clock. In the 1920s, a man named Jean-Leon Reutter was developing clocks while searching for the very first, real perpetual movement. Of course, the first ‘automatic’ wristwatches dates back to indeed the 1920s when John Harwood developed the first self-winding watch, but these wind themselves by the moving wrist in combination with gravity. Reutter wanted a clock movement that would keep time without winding it, or even touching it since real clocks don’t really move around. It sounds like a mission impossible to many, definitely at that time. For centuries many scientists had searched and dreamt about the concept of perpetual movement, including Leonardo Da Vinci. Jean-Leon Reutter was the first one to actually achieve this.

His idea was to use the atmosphere, as a power source. To actually make this work, he had to find a substance very reactive to any change in the Atmosphere, mostly temperature and air pressure. The substance he first ended up with was mercury, expanding and shrinking with any change in temperature. This was stored in a glass tube inside a cylinder, connected to the spring. The power gained from the changes in atmosphere is pretty small, therefor Reutter had to design a clock movement with so little resistance throughout the escapement that the changes in Atmosphere had to be enough. And so he did, and the result is what you’re looking at; the one and only Atmos Clock. 309 parts in the movement with the littlest friction imaginable.

1936 was the year that Jeager-LeCoultre and Reutter joined forces and the clocks became a ‘Jaeger product’. This piece is from before that moment making it a true original Atmos clock. This piece has a closed crips white dial and is spotless. We have more atmos clocks in-store and are happy to tell you more about them. Feel free to contact us by any means or visit our store in the 9 streets.