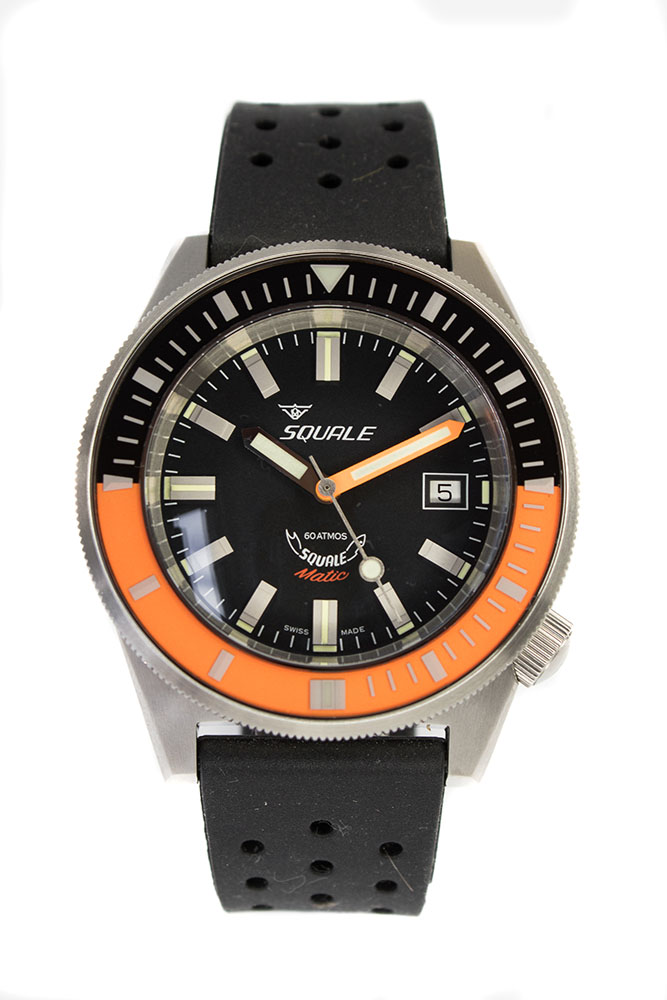 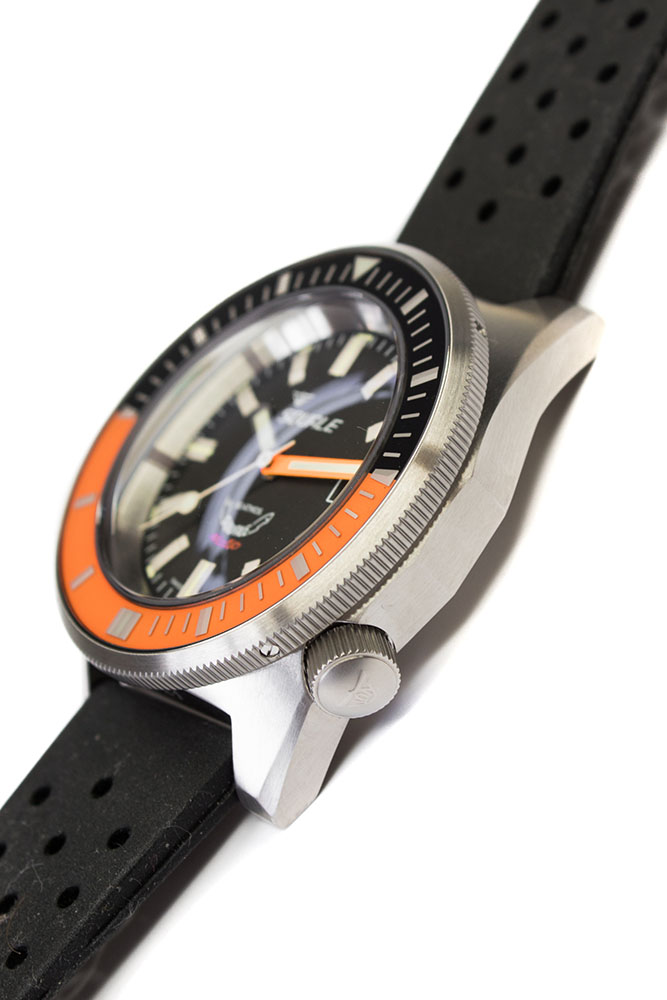 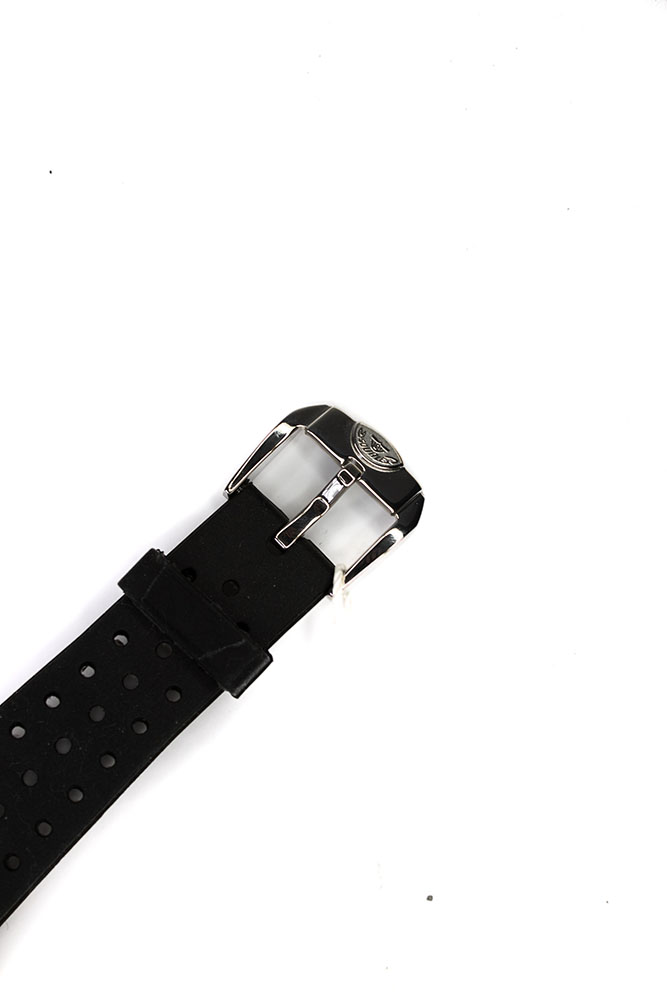 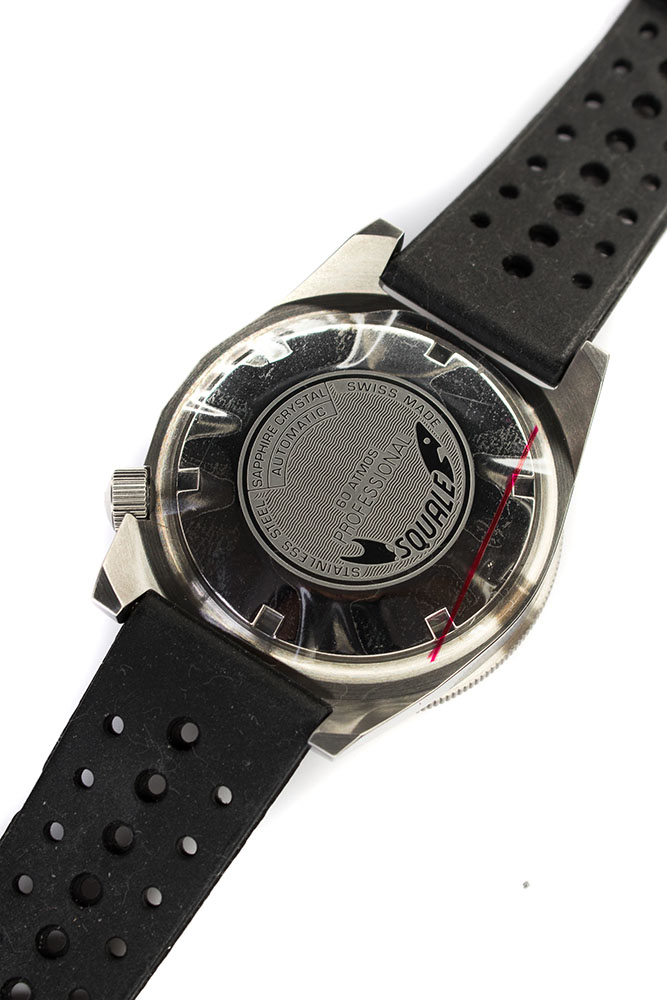 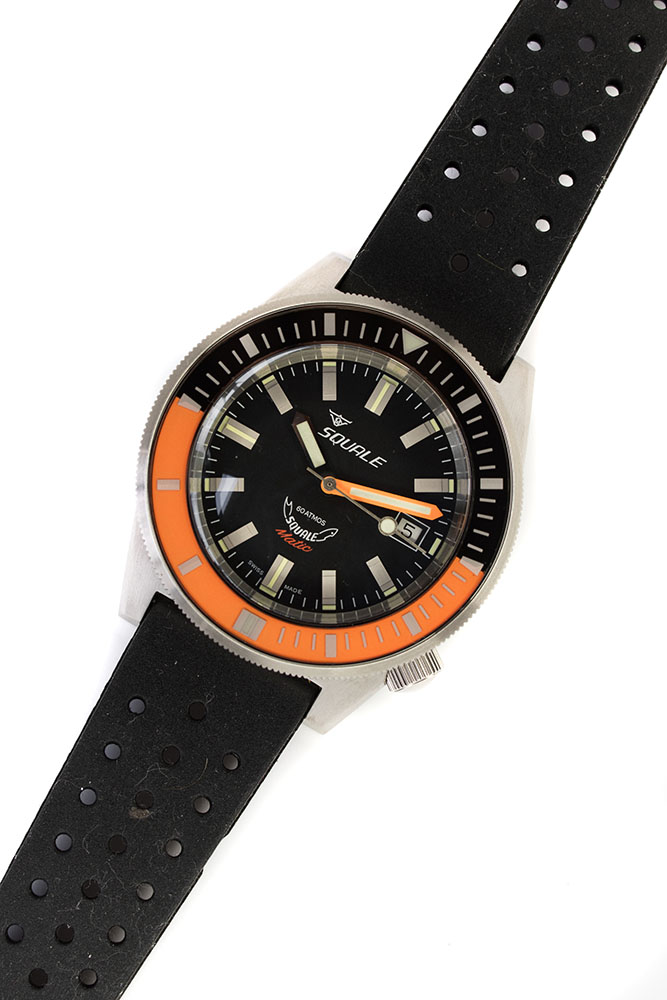 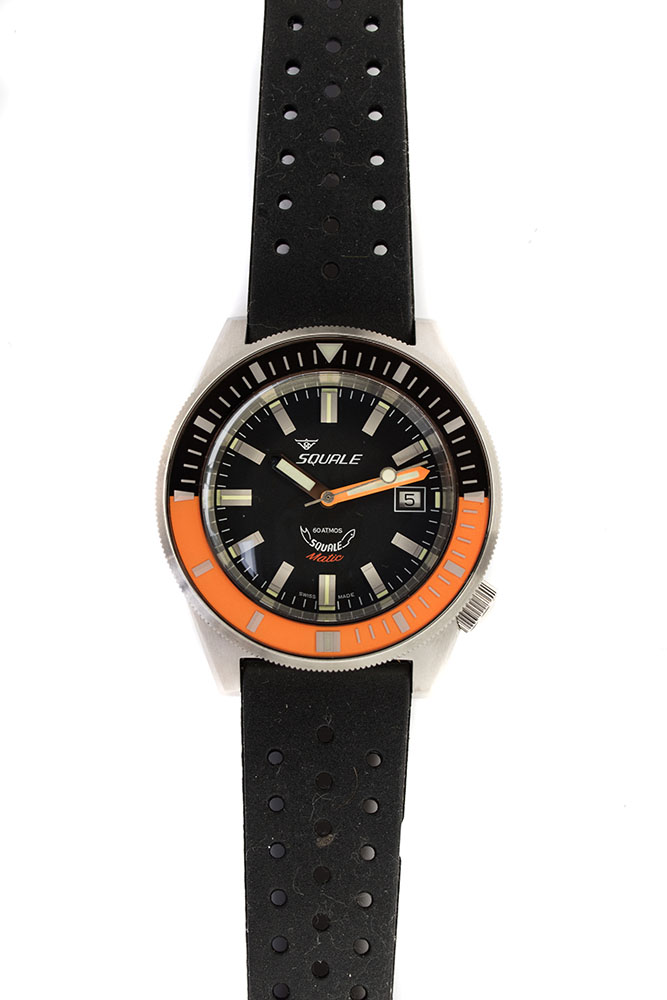 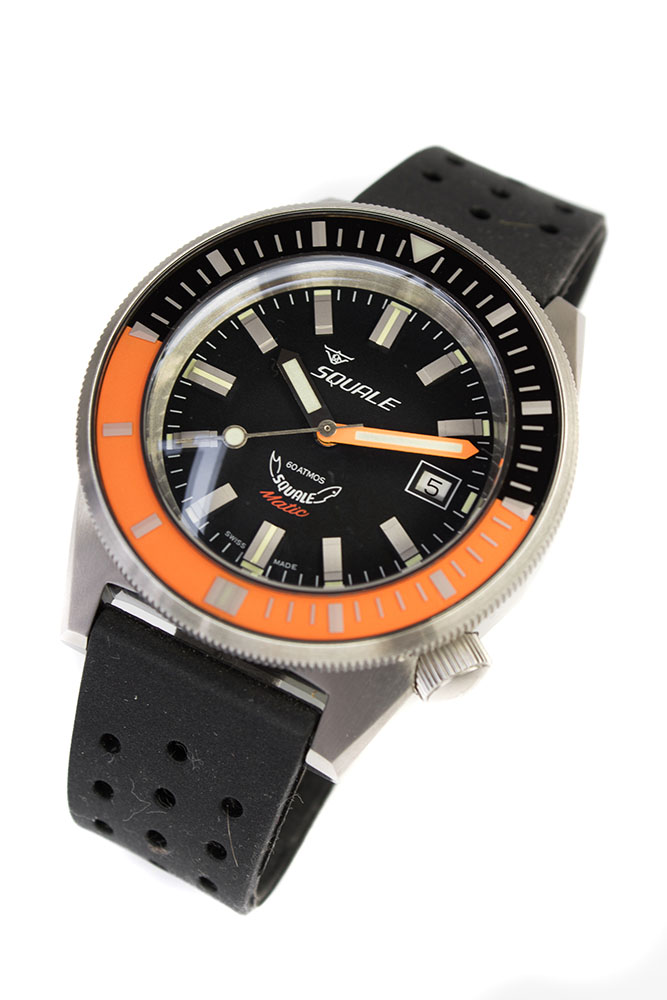 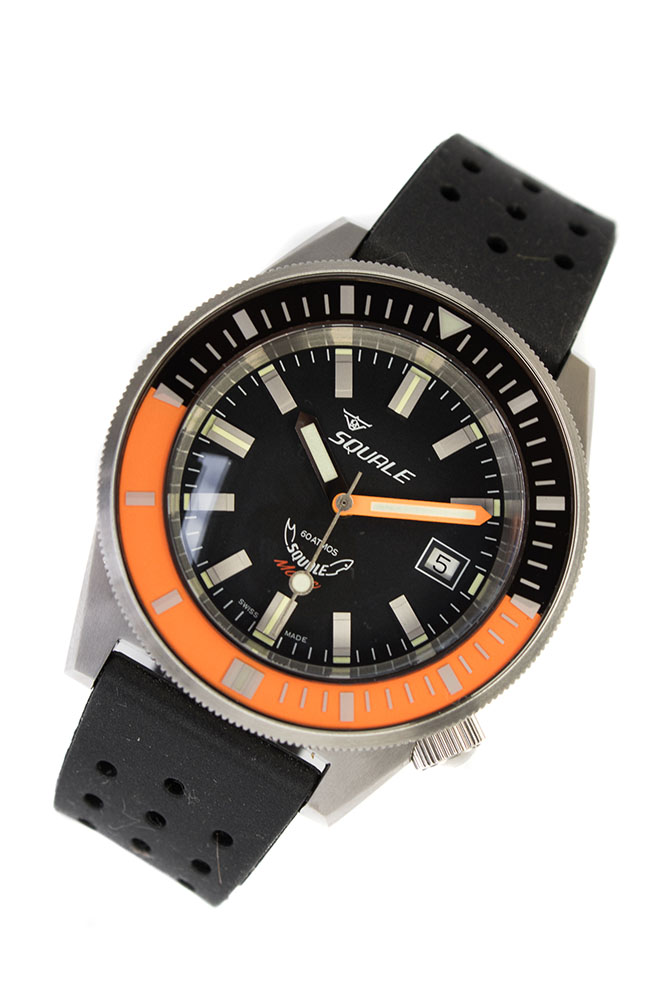 For those who love the vintage aesthetic of a traditional Squale diver but prefer a bigger size, there is the Squale Matic 60 atmos. A 44mm variant of the famous Squale case featuring all the familiar curves and angles, simply scaled up. While the case is very similar to the 1521, the dial and bezel are distinctly different. Still, both models share the great legibility one would expect from a professional diving tool. The Matic features a beautifully domed crystal, with anti-reflective coating on both sides. Combined with the polished rehaut this makes for a very cool look, reminiscent of a bubble of soap. The sixty click uni-directional bezel comes with a gloss enamel inlay. The complete package is water-proof up to 60ATM or 600 meters. That will suffice, we assume? This variant comes with a hand-painted black dial and polished applied indexes.