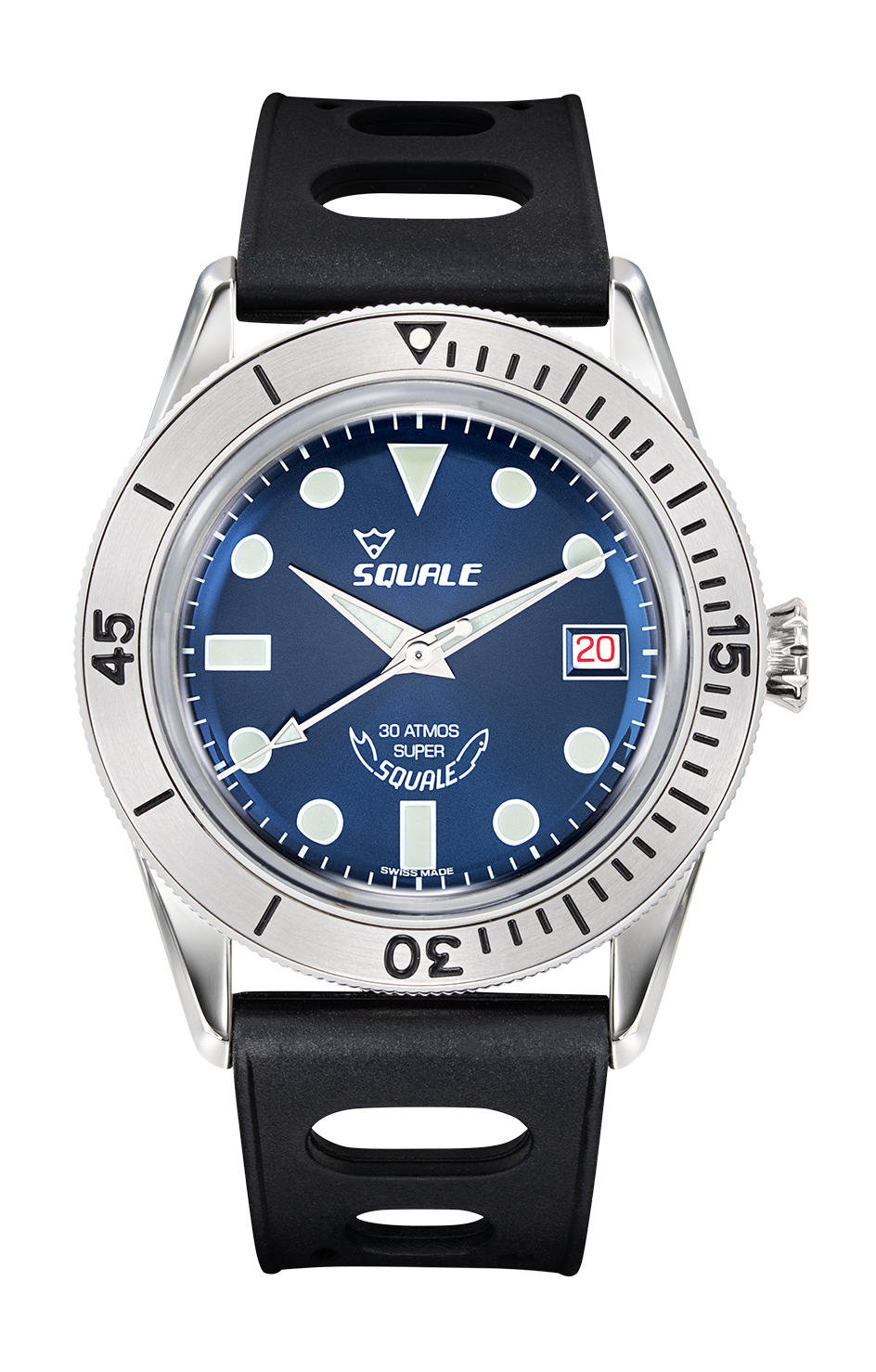 The Sub 39 is based on old case designs. It is the same shape as our limited edition Subino and No Radiobino, scaled up to 39mm. The Sub 39 Superblue comes with a vintage-inspired handset, beautiful sunburst blue dial, and steel bezel design.