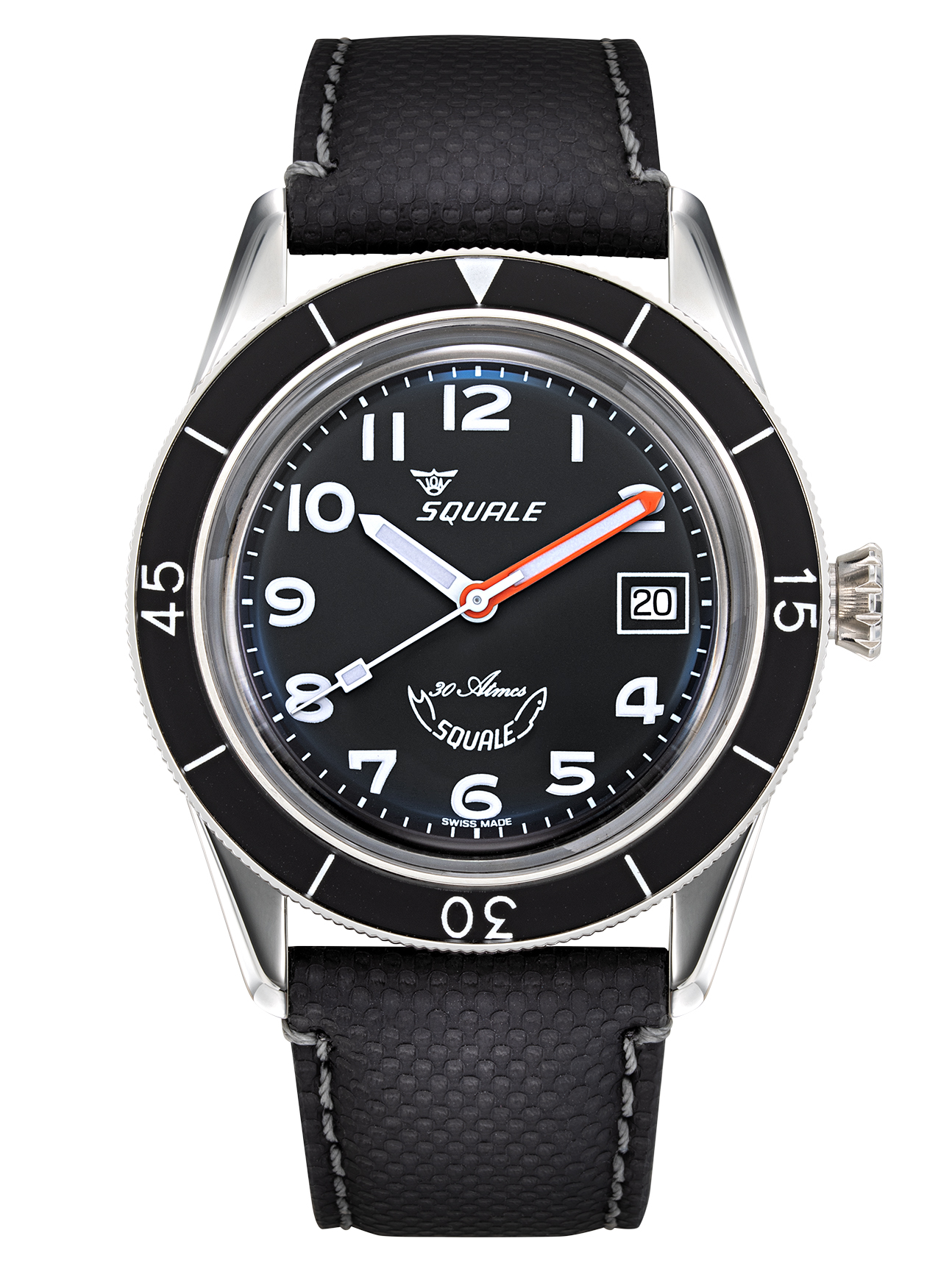 The Sub 39 is based on old case designs. It is the same shape as our limited edition Subino and No Radiobino, scaled up to 39mm. The Sub 39 Black Arabic comes, as the name implies, with a stark black dial with white Arabic numerals. It is a re-launch of an old design from Squale’s archives. The vintage aesthetics are completed by a glass bezel inlay, looking remarkably similar to old bakelite inlays.