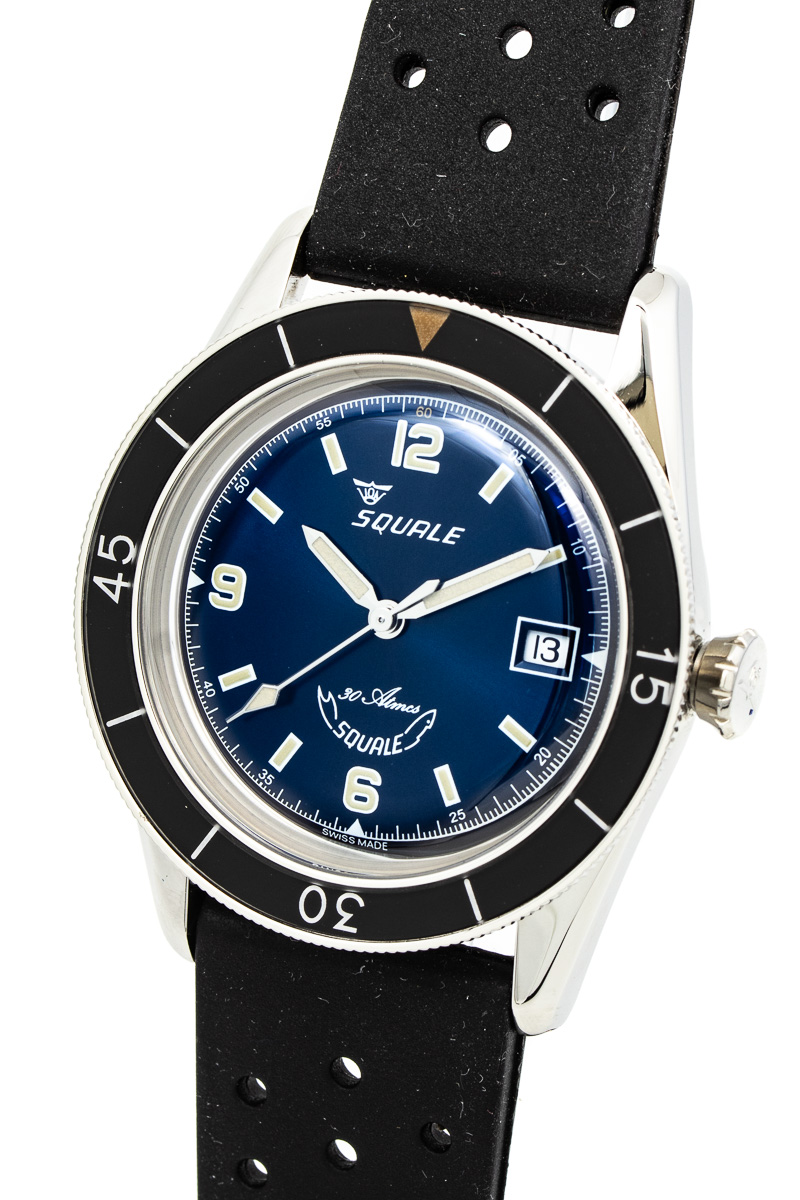 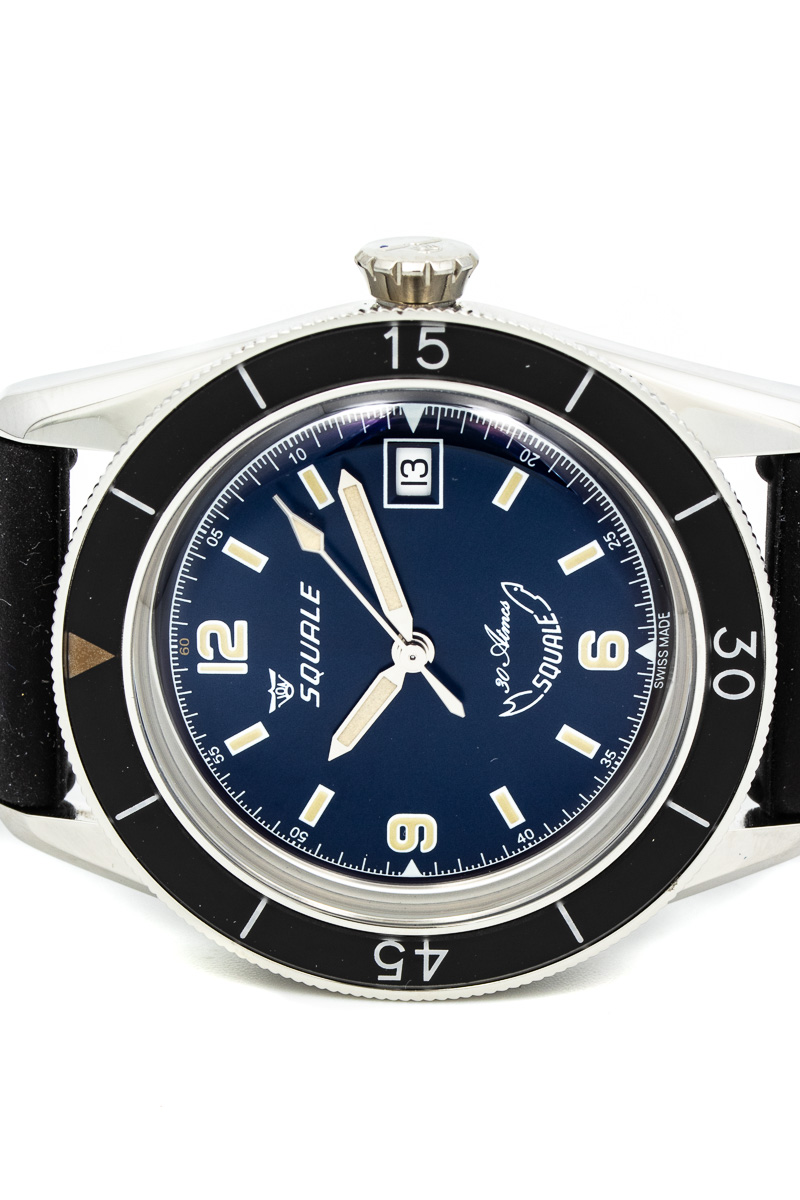 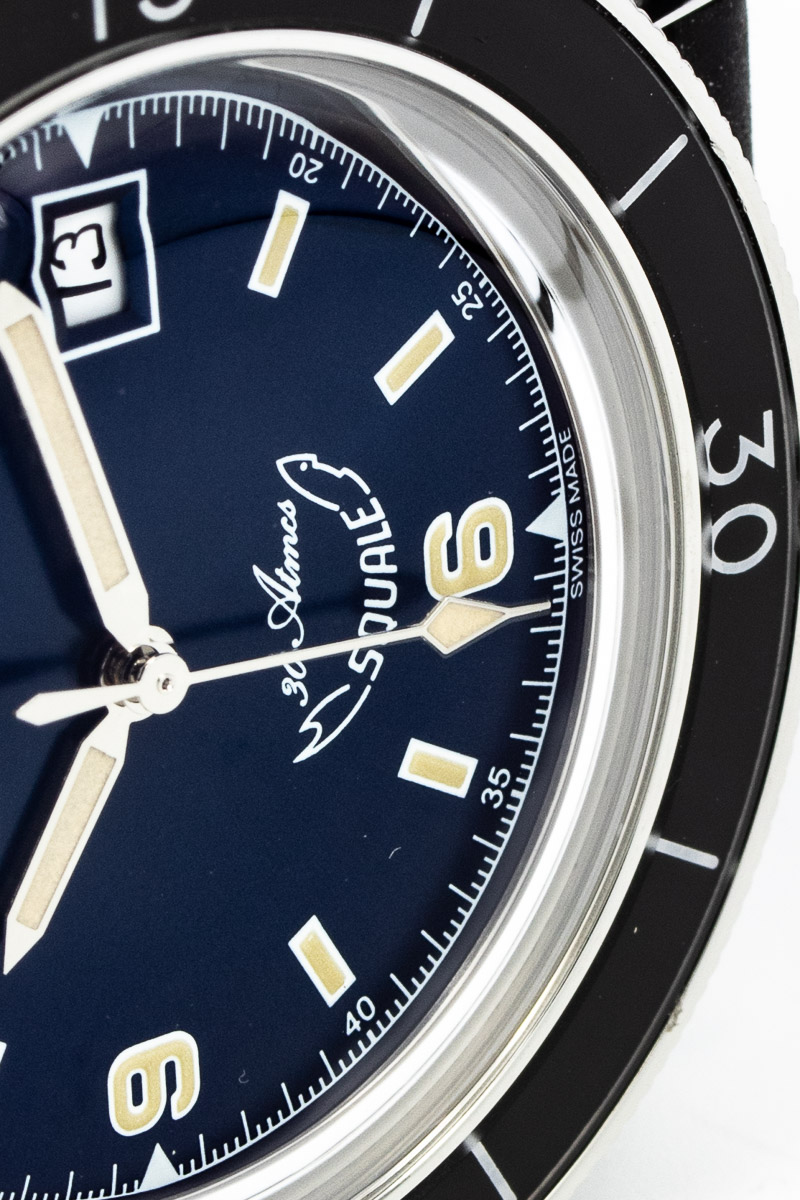 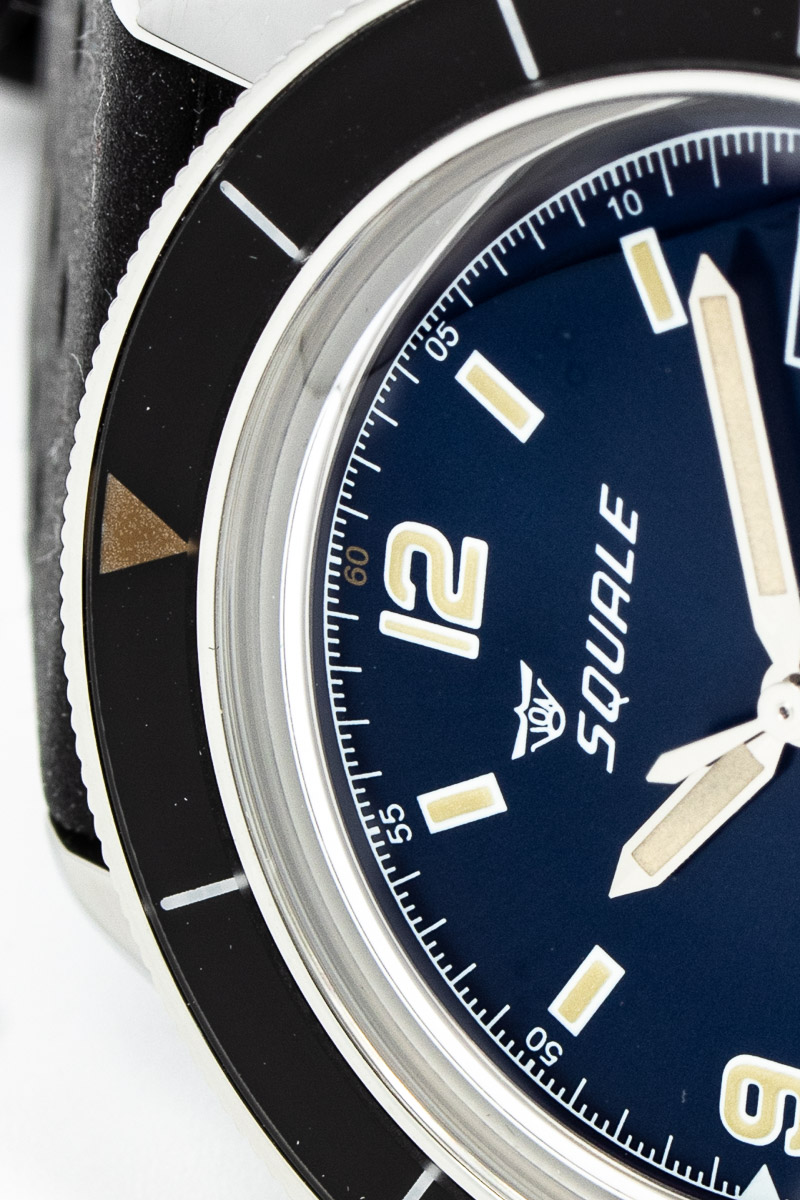 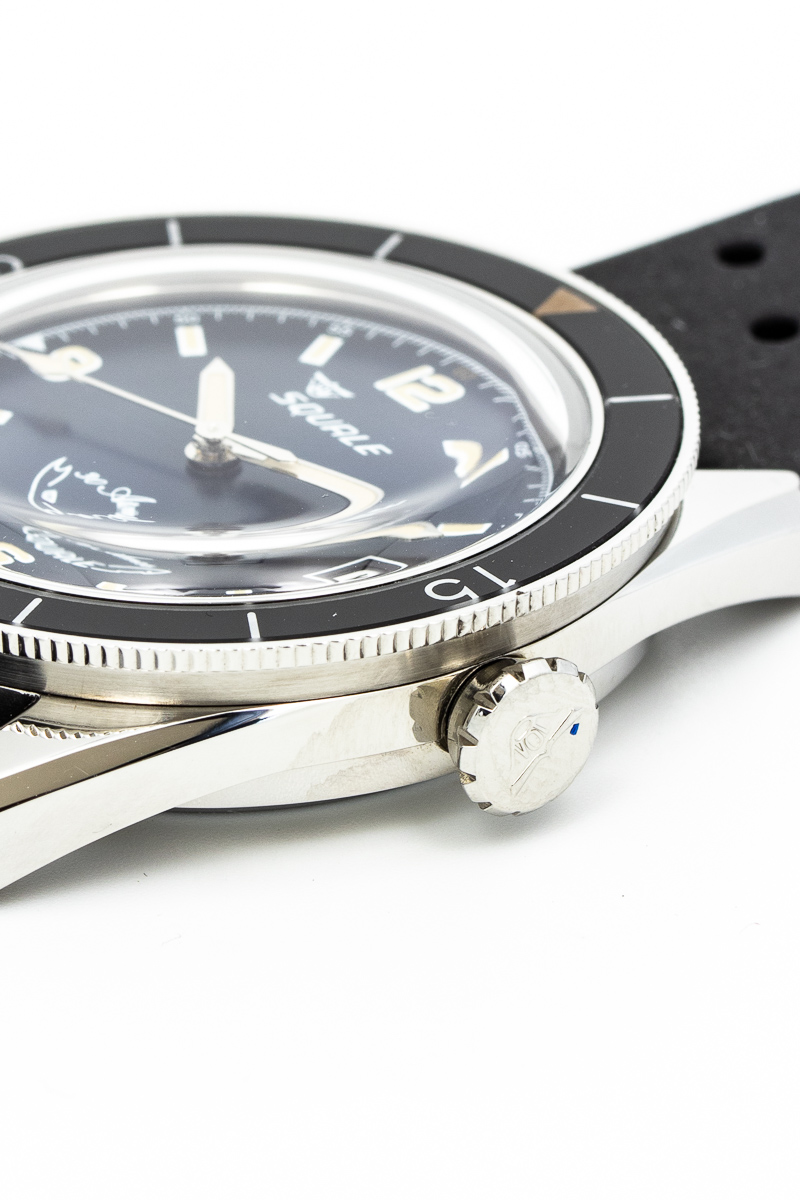 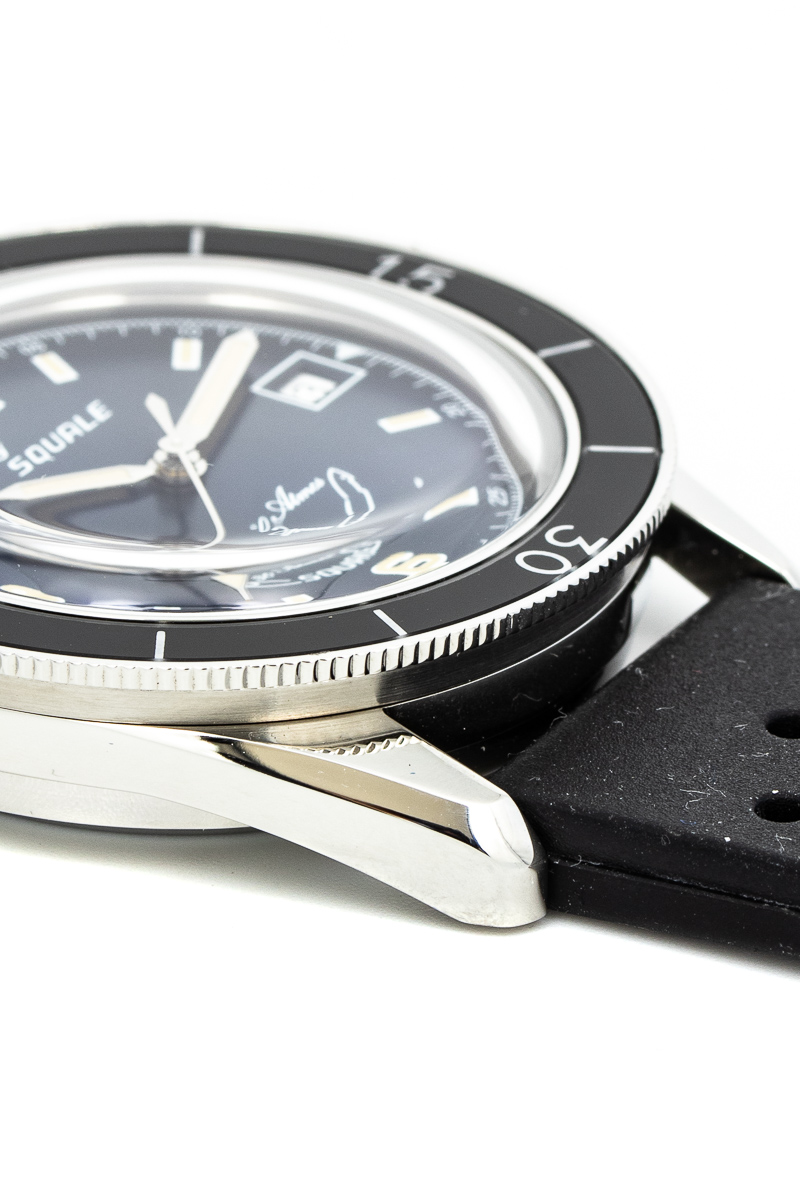 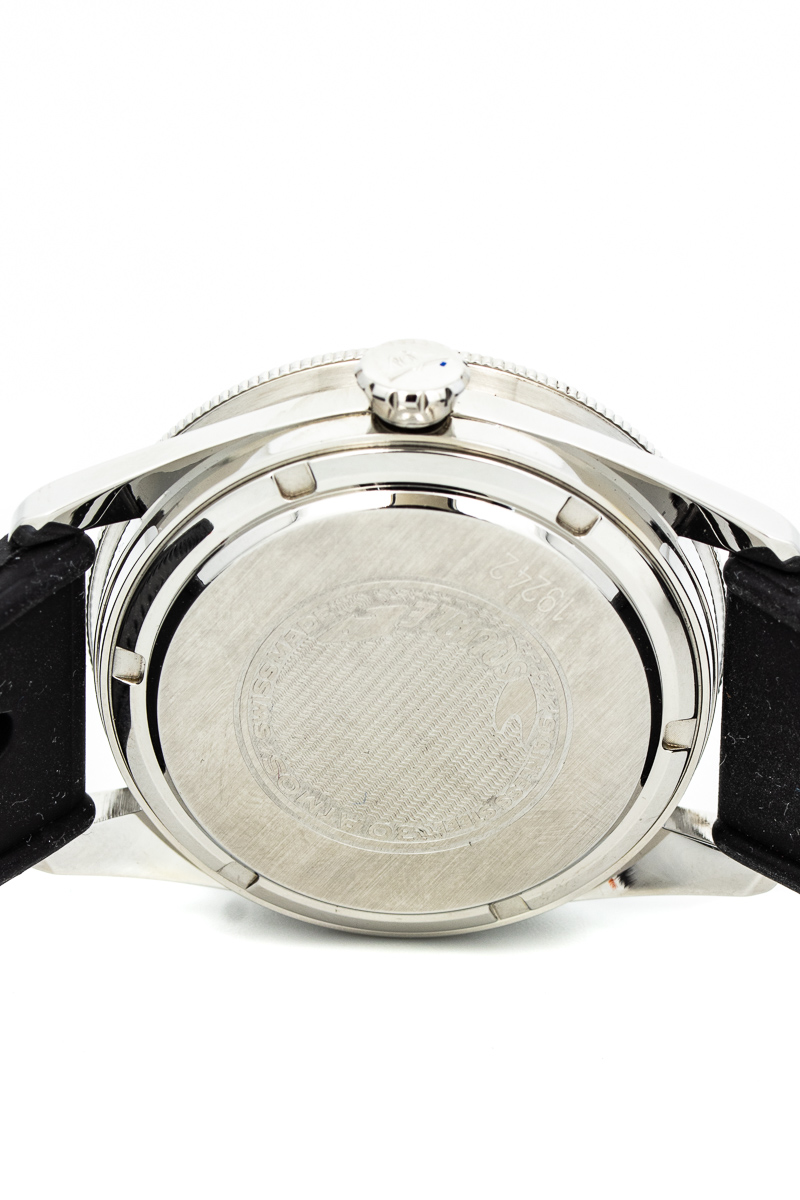 We are the first in Europe to offer this special 60th-anniversary edition and what a beauty it is! Of course, Squale as a case maker has been around for much longer, but this watch celebrates 60 years of autonomous watch making from the brand. It has that unique vintage feel, although it is a thoroughly modern watch. From the domed sapphire crystal to the sapphire bezel inlay, reminiscent of old bakelite. Add to that a stunning blue sunburst dial and you have a real winner!