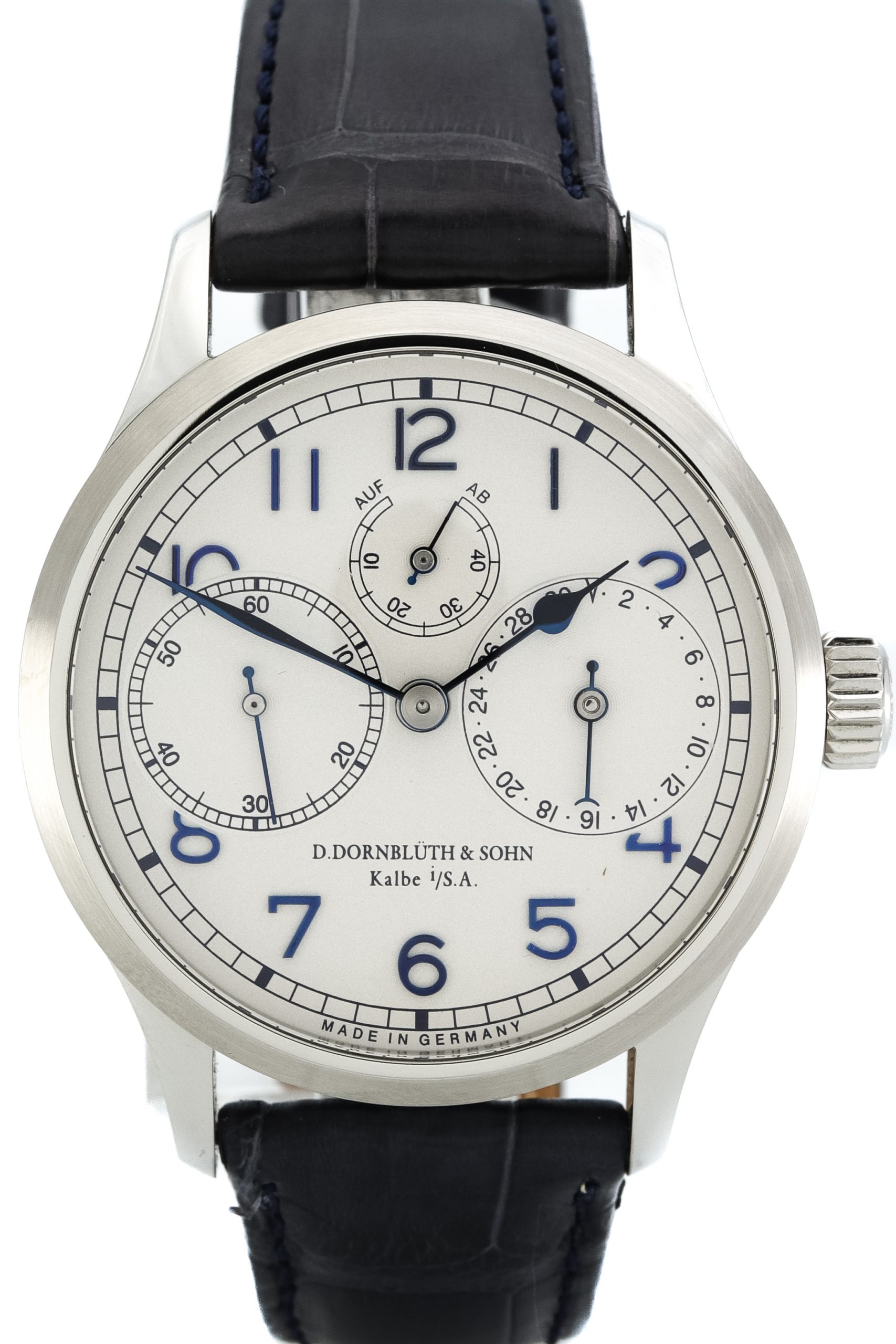 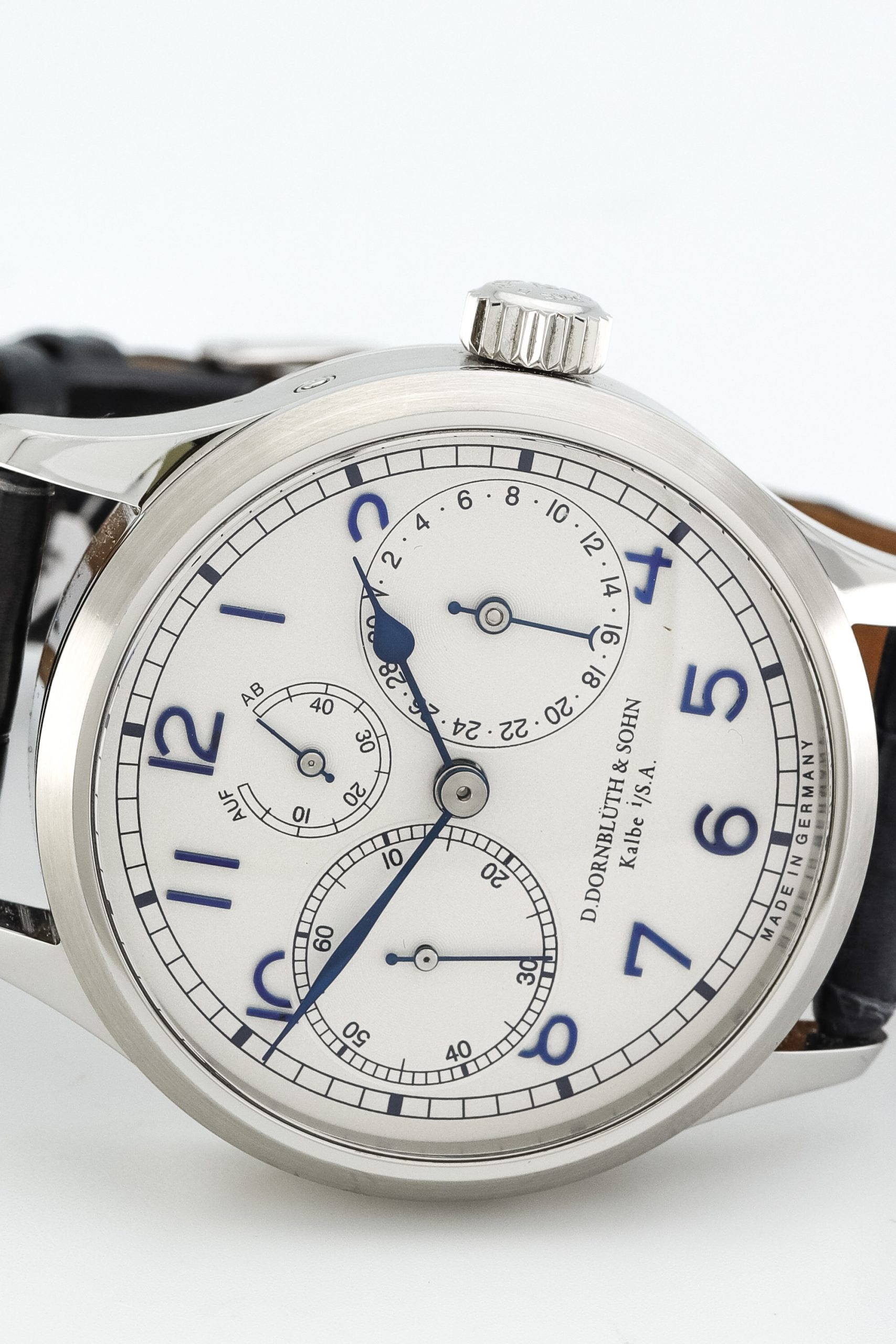 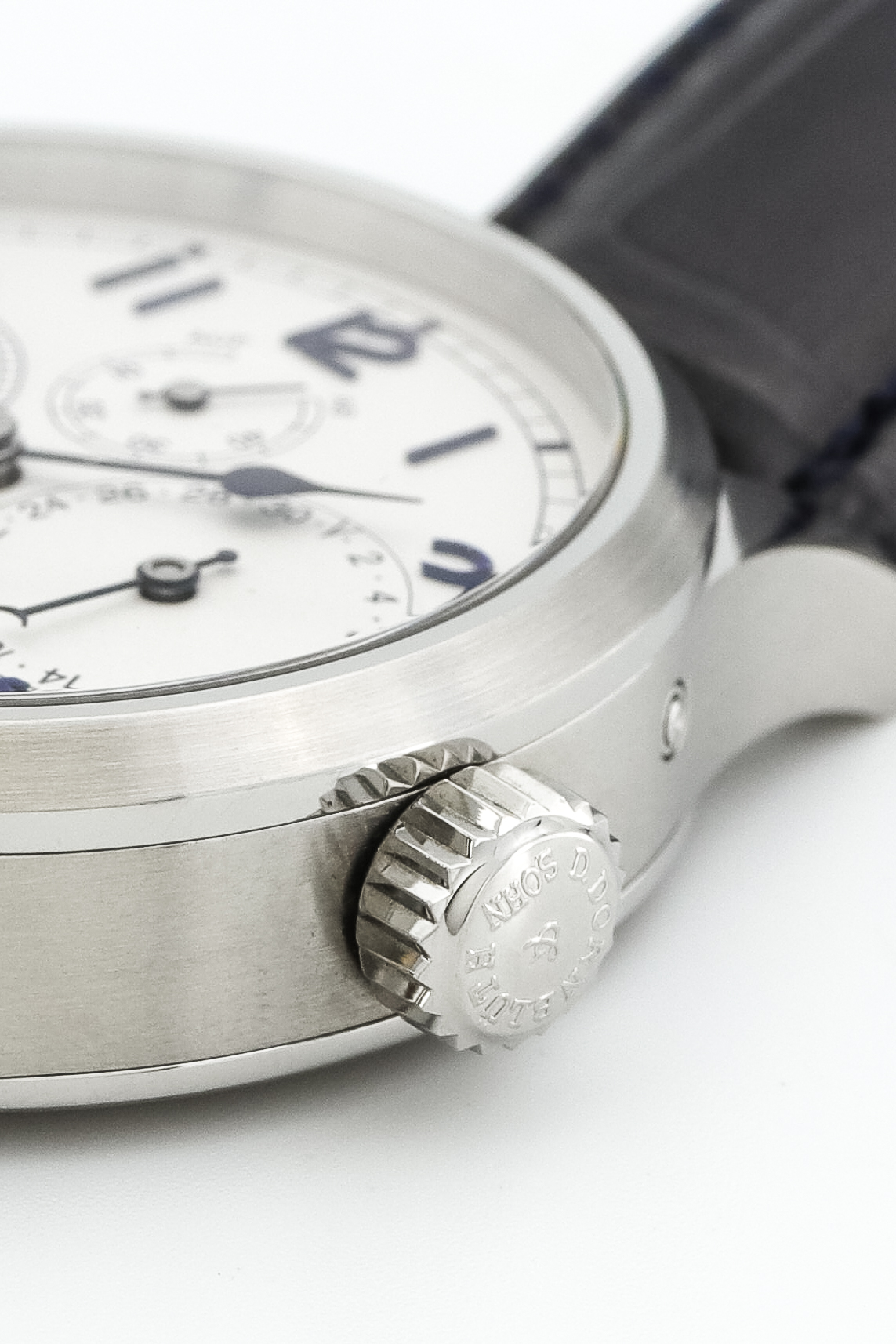 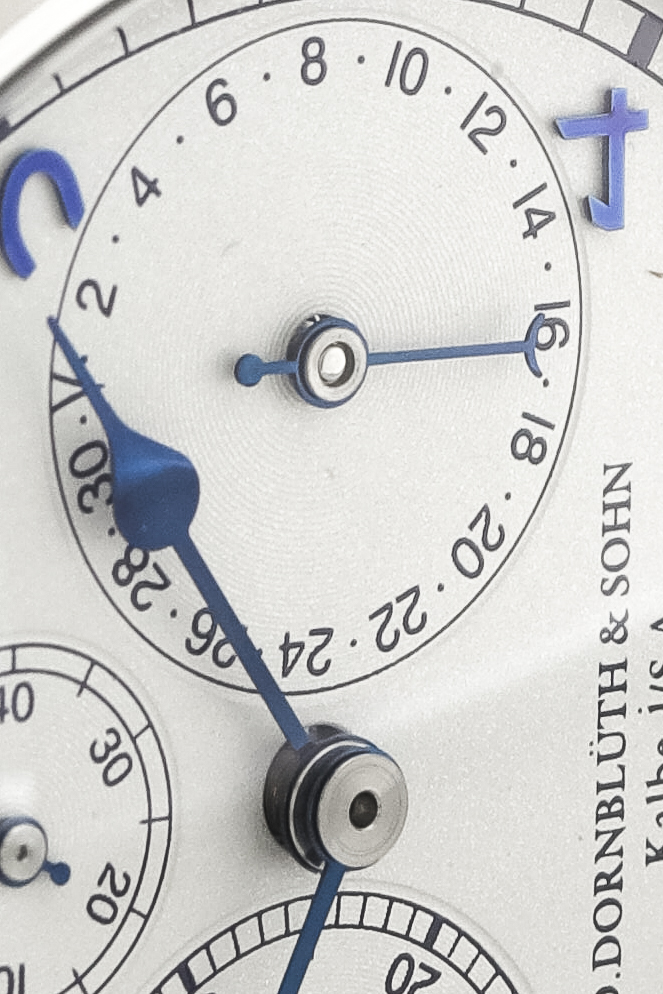 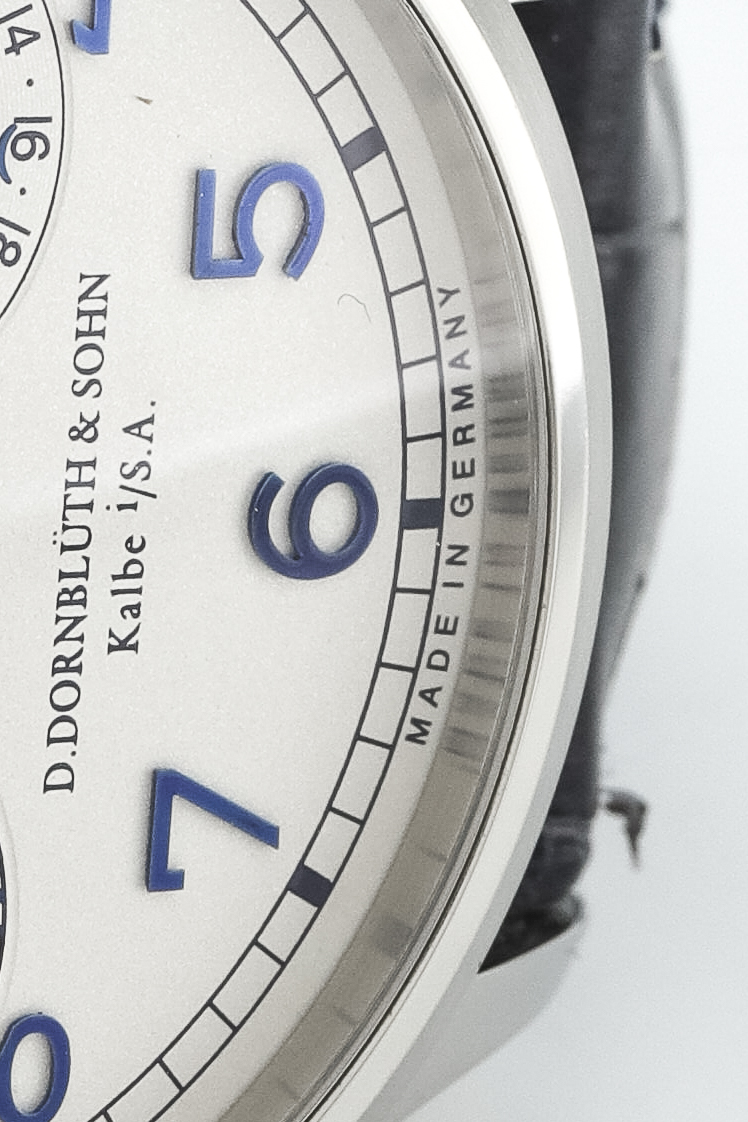 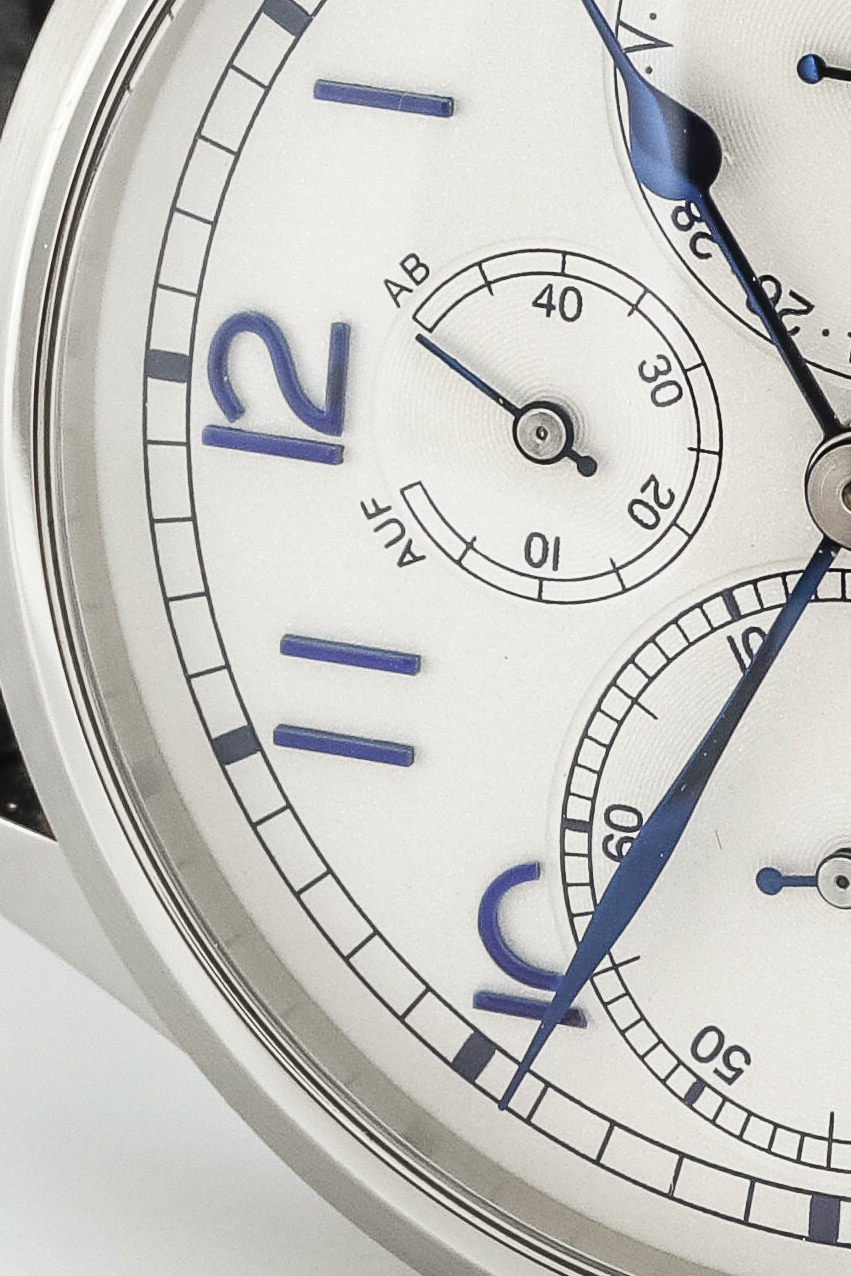 As time passes, the father & son team set off to create more complicated watches. The 99.3 adds a date to the mix. The seconds sub-dial we know from the 99.1 is moved to 9 o’clock, freeing up space on the opposite end for a pointer date sub-dial. At twelve, we find a power reserve indicator, meaning the Dornblüth logo has moved to the resulting free real estate at six o’clock. The result is an extremely well-balanced dial layout, one would be excused for mistaking for a chronograph from a distance. The watch is offered in the familiar color options: a sterling silver dial finished in a grainy matte silver or black. Hands in either white superluminova or heat-blued. A case in stainless steel or 18k rose gold.