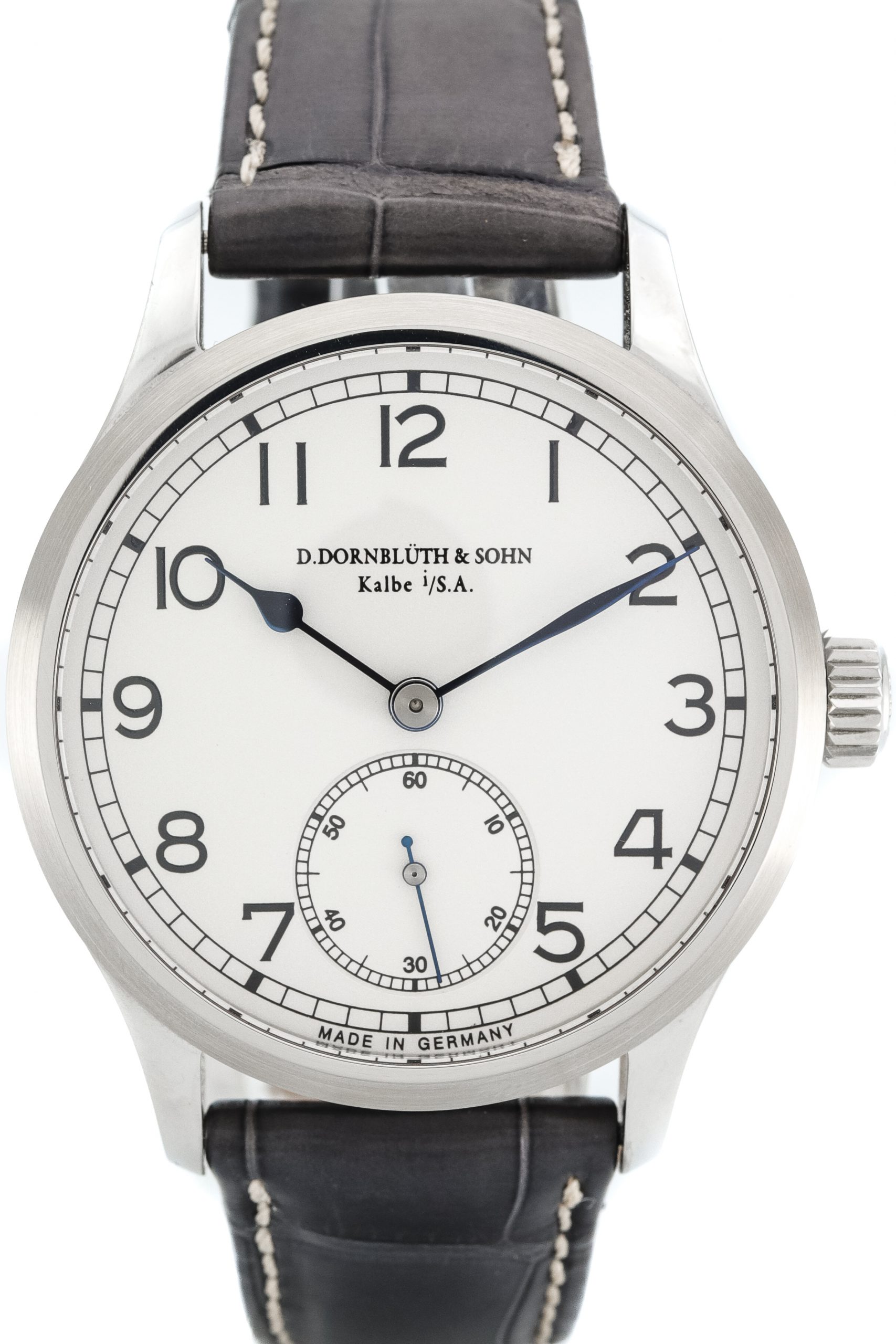 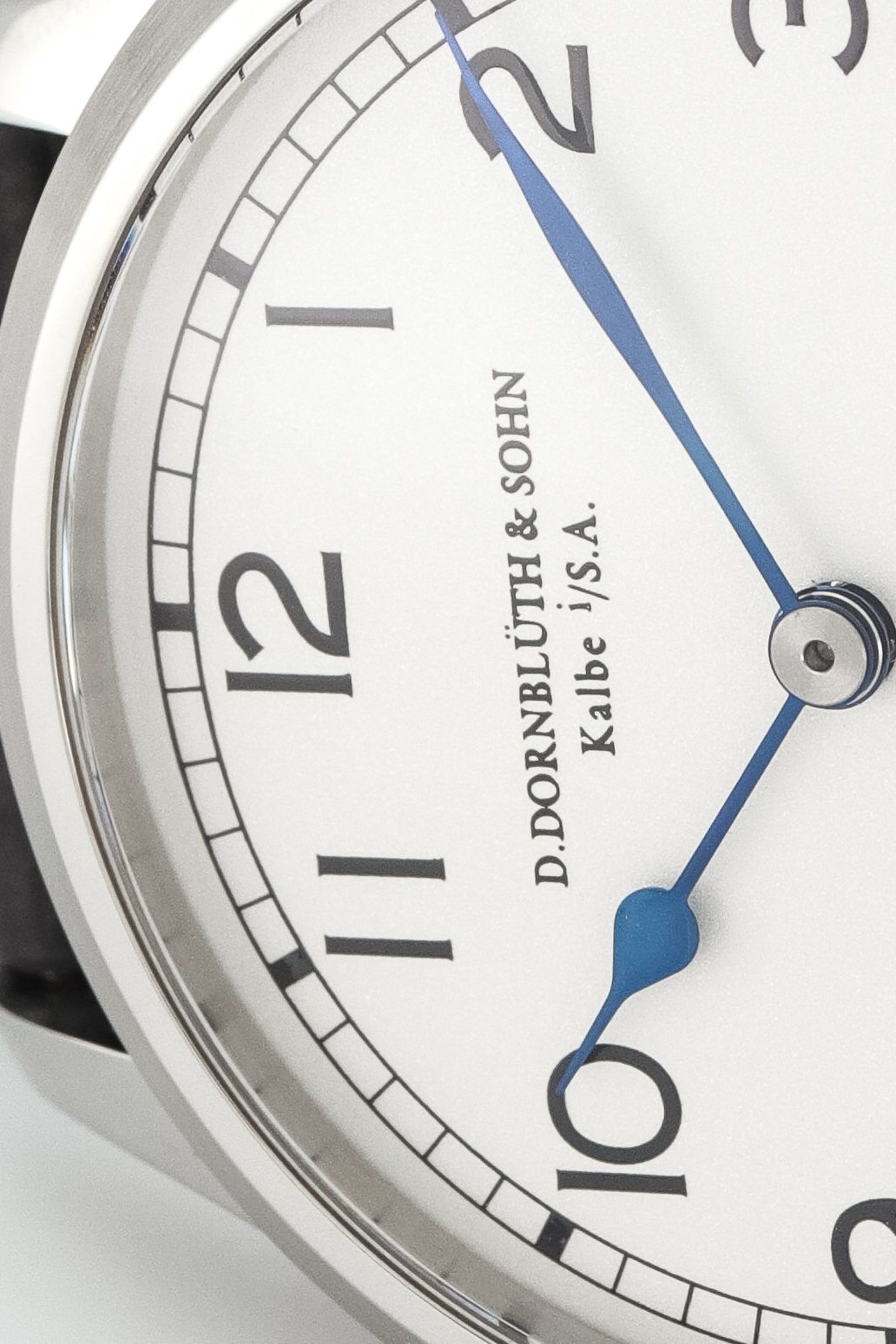 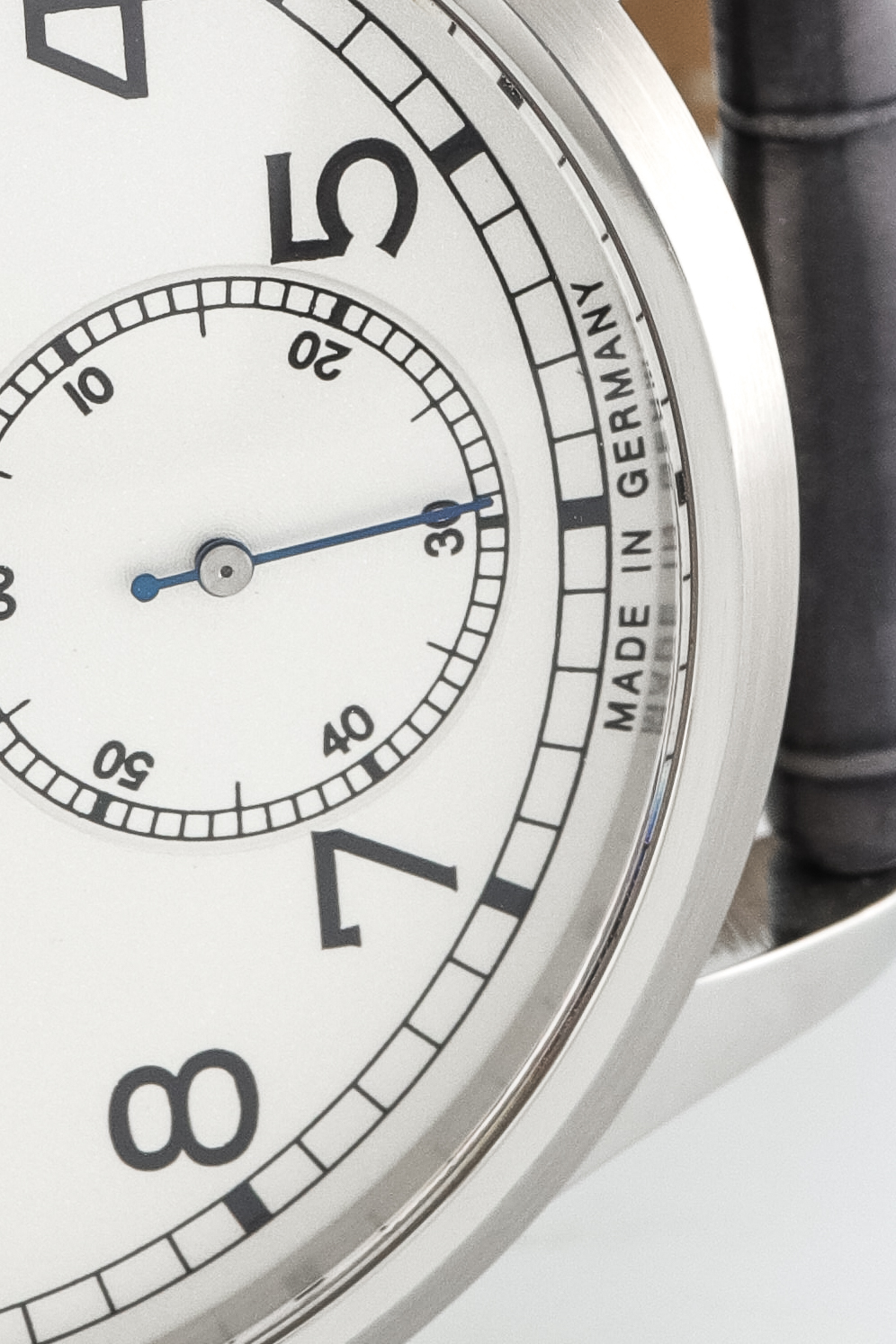 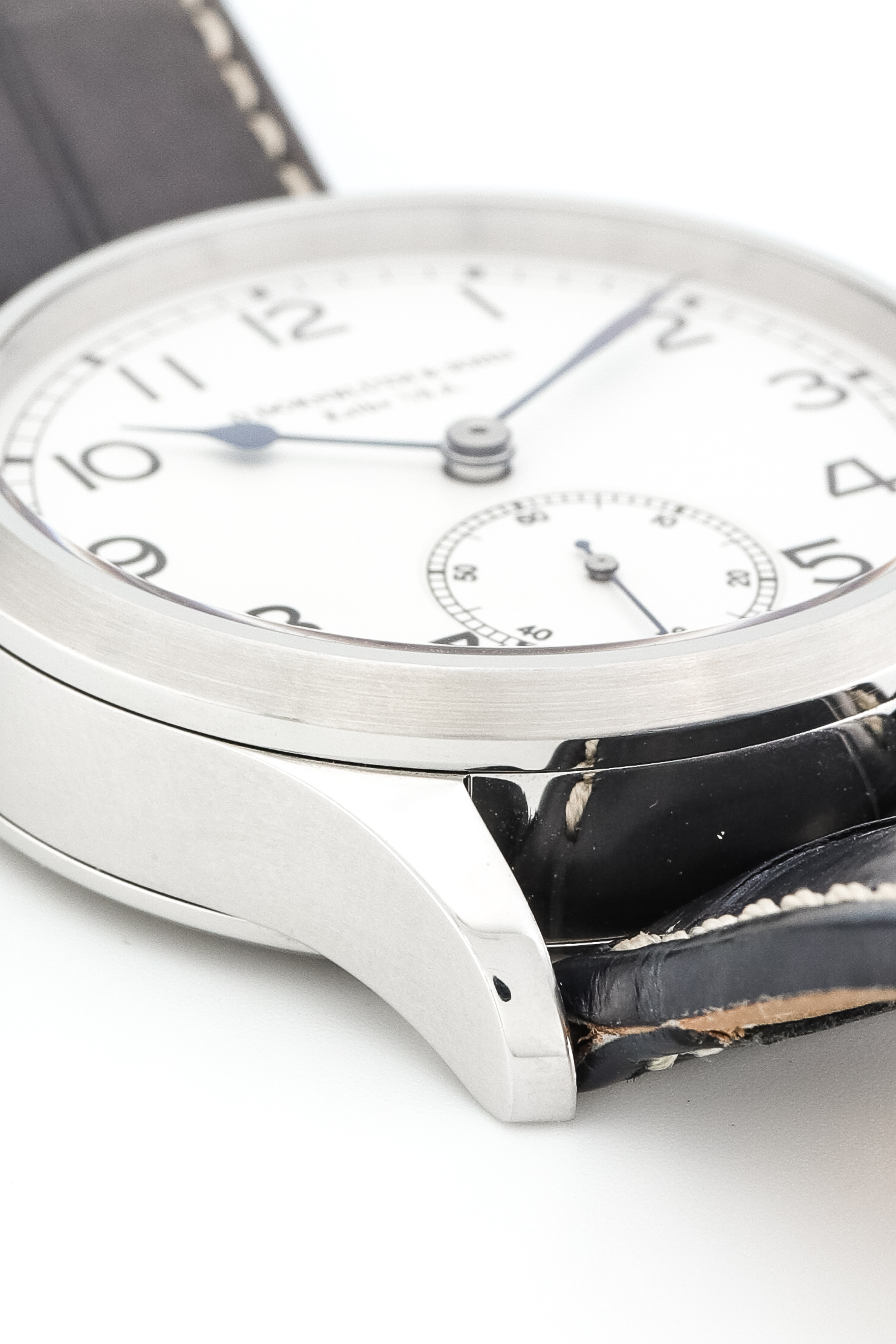 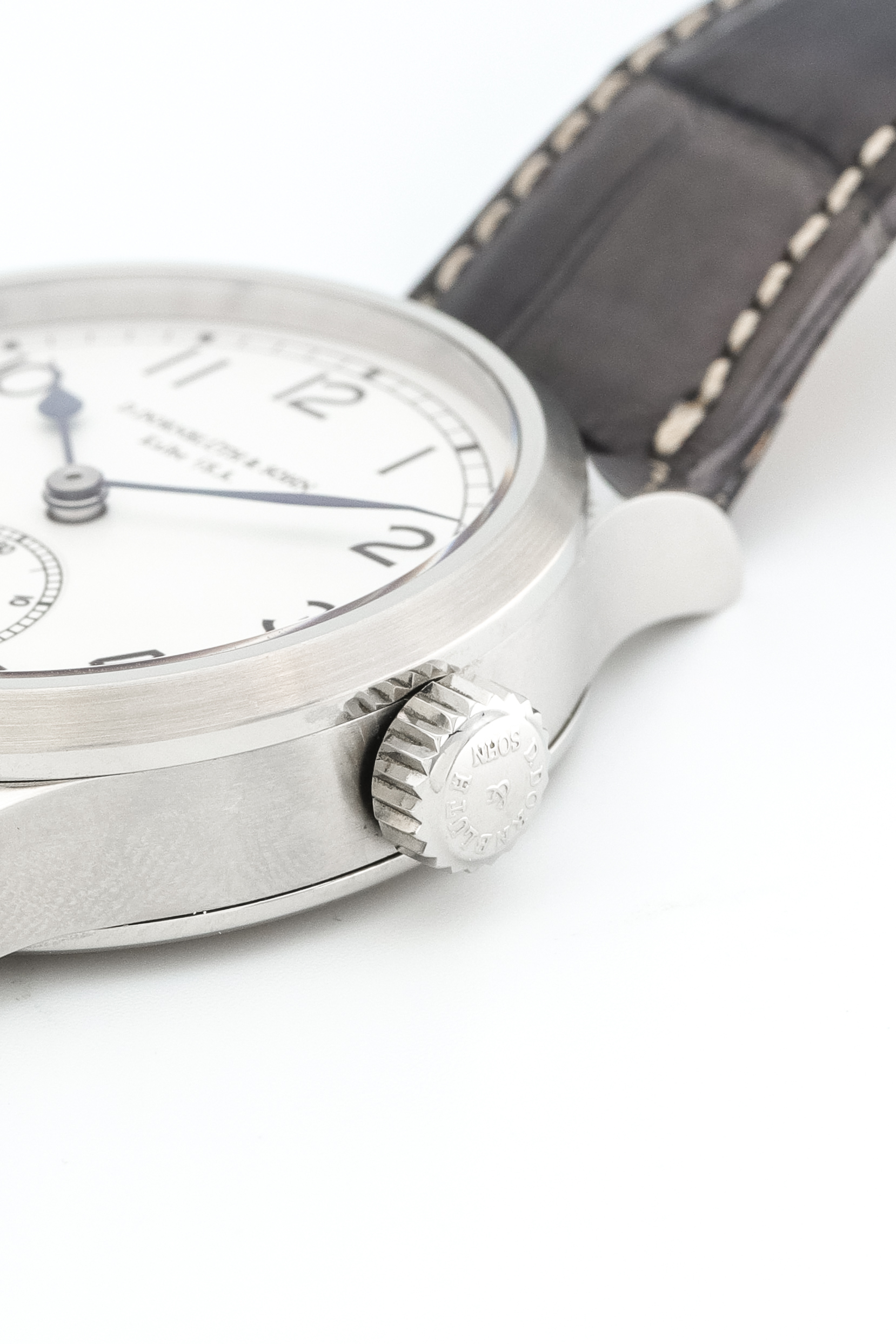 Dornblüth first launched the 99.0 as a time-only watch with small seconds at 6 o’clock. After some time, the team wanted to fine-tune the design and their solution was to move the seconds hand up, allowing for a slightly larger hand. This, in turn, means the subdial at six is slightly enlarged. The difference is subtle but notable. A matter of taste for sure, which is why Dornblüth maintained the original 99.0 within the collection as well. The dial is made out of sterling silver, finished with a silky smooth matte look reminiscent of historical deck watches. The hands are either heat-blued steel or white superluminova coated, depending on the chosen configuration.