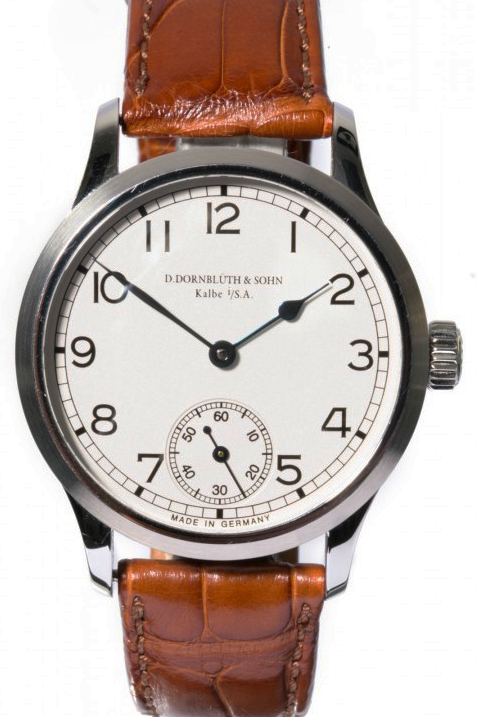 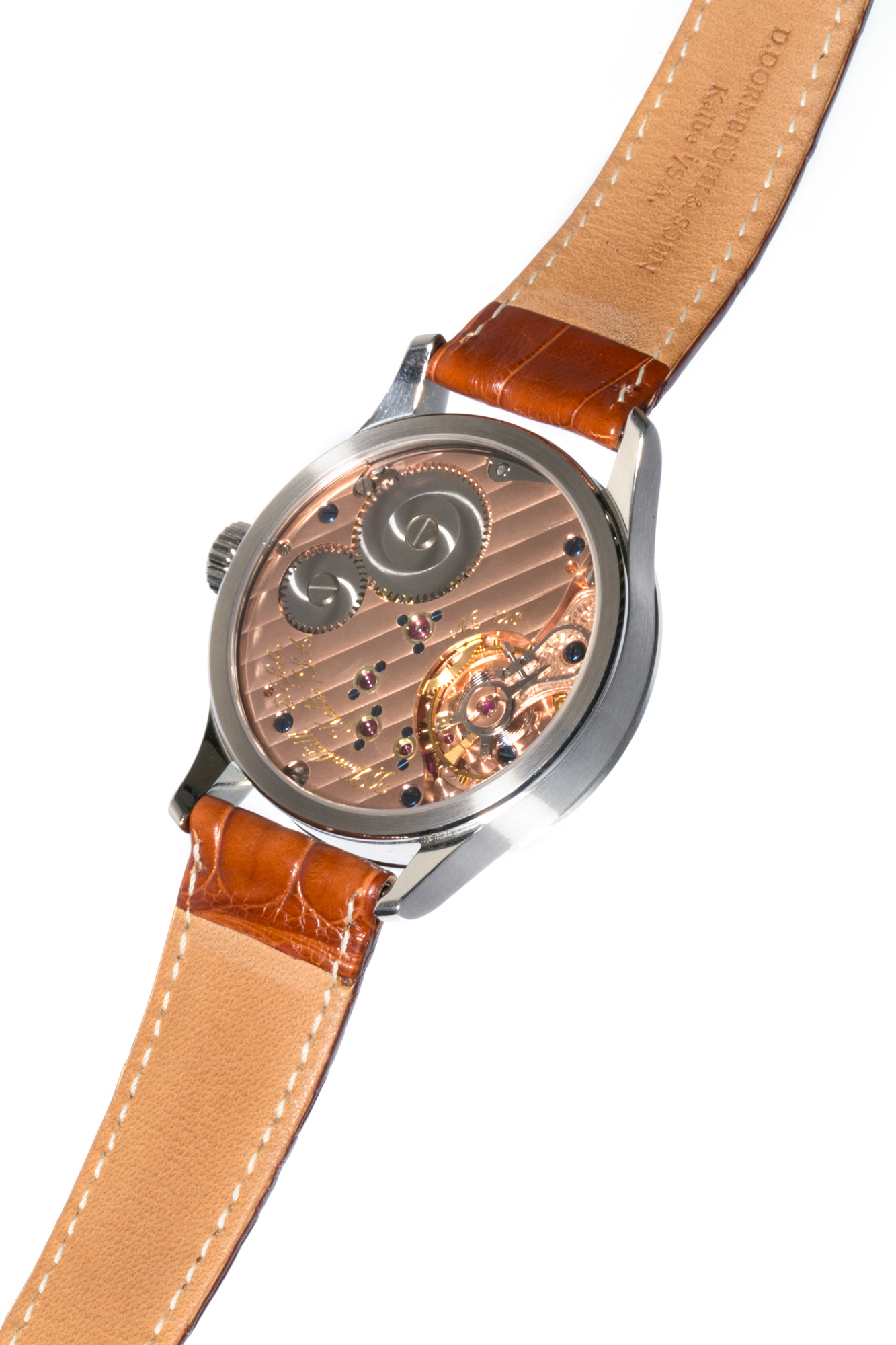 The 99.0 is the Dornblüth watchmaking philosophy reduced to its bare essentials. An amazingly beautiful in-house caliber in a classically designed case with styling reminiscent of navy deck watches. The sub-seconds at six o’clock is a key feature of the 99.0, which is also available in a larger form in the 99.1. Offered in 18k rose gold as well as stainless steel, with light or dark dials, there is a perfect 99.0 option for any taste.