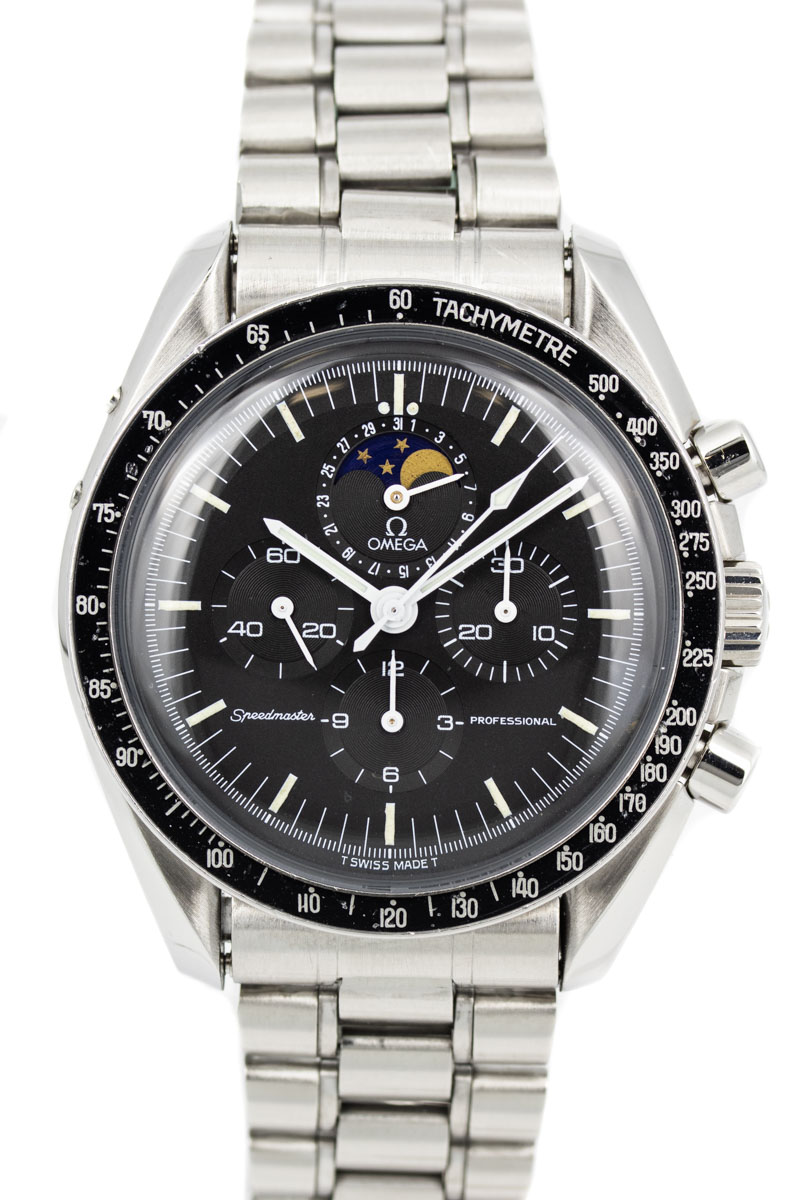 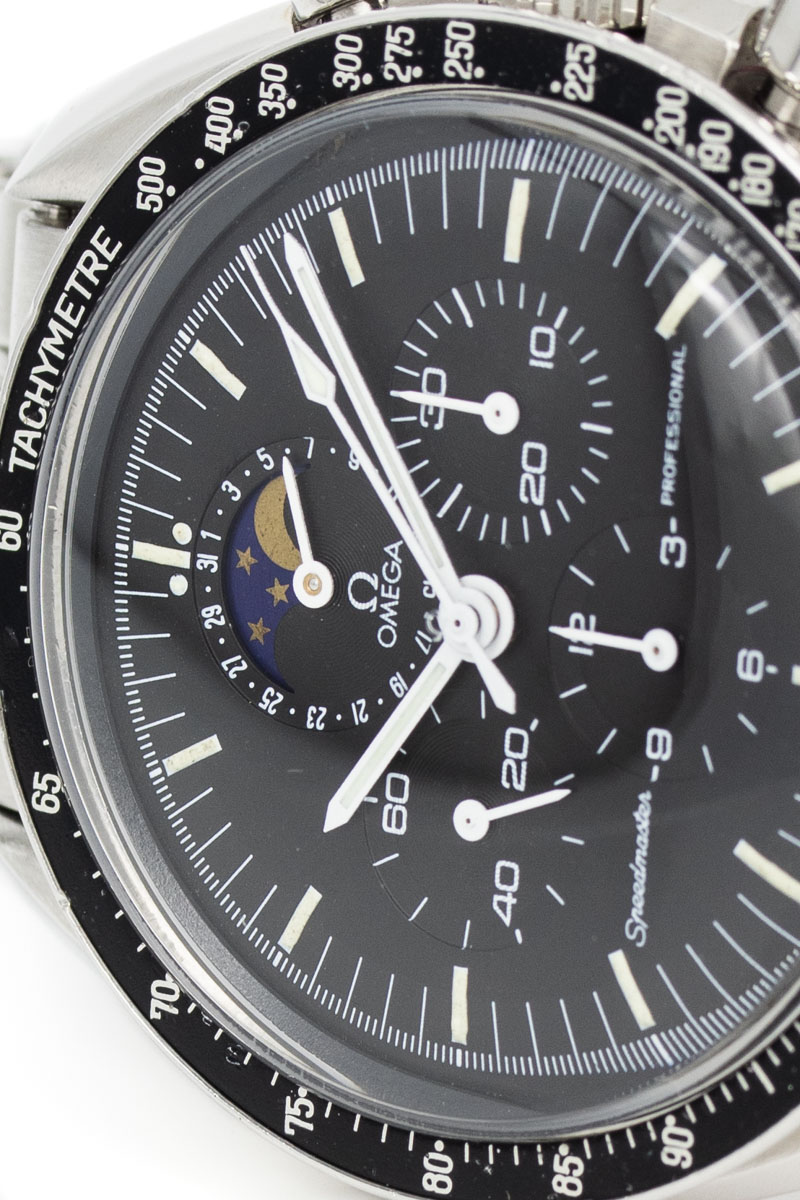 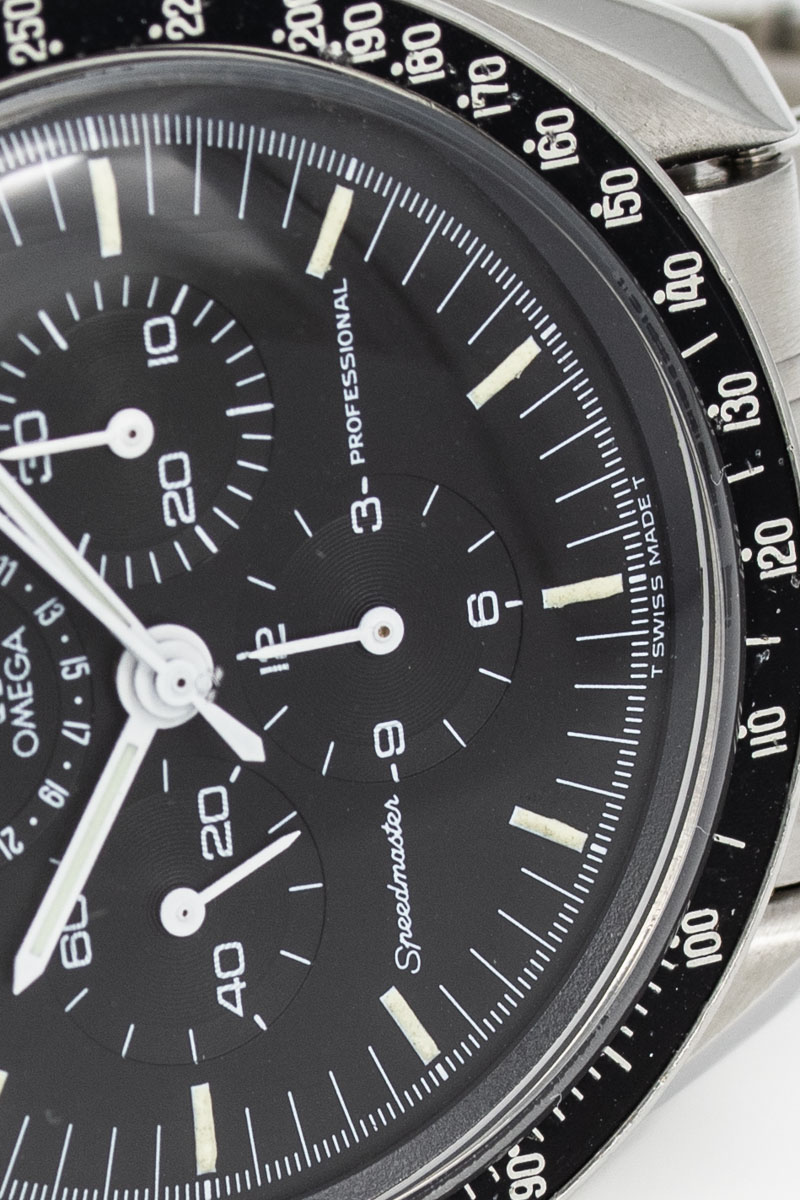 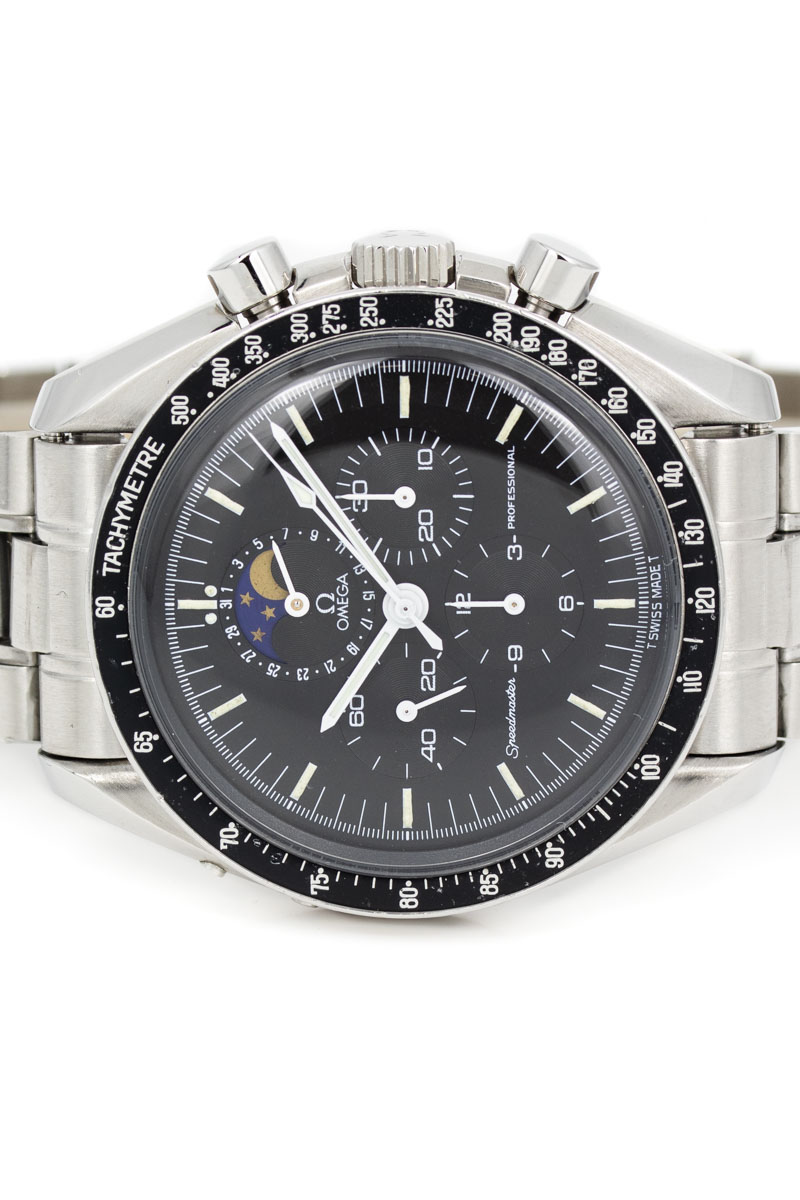 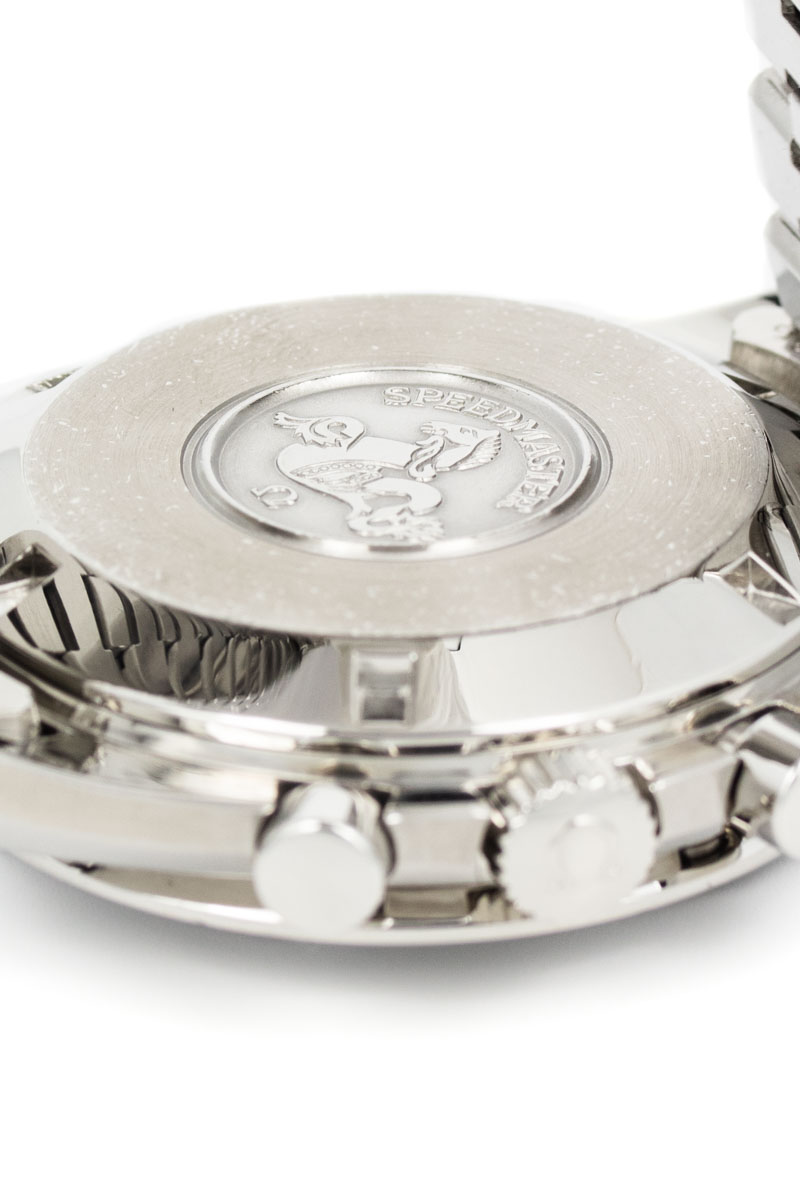 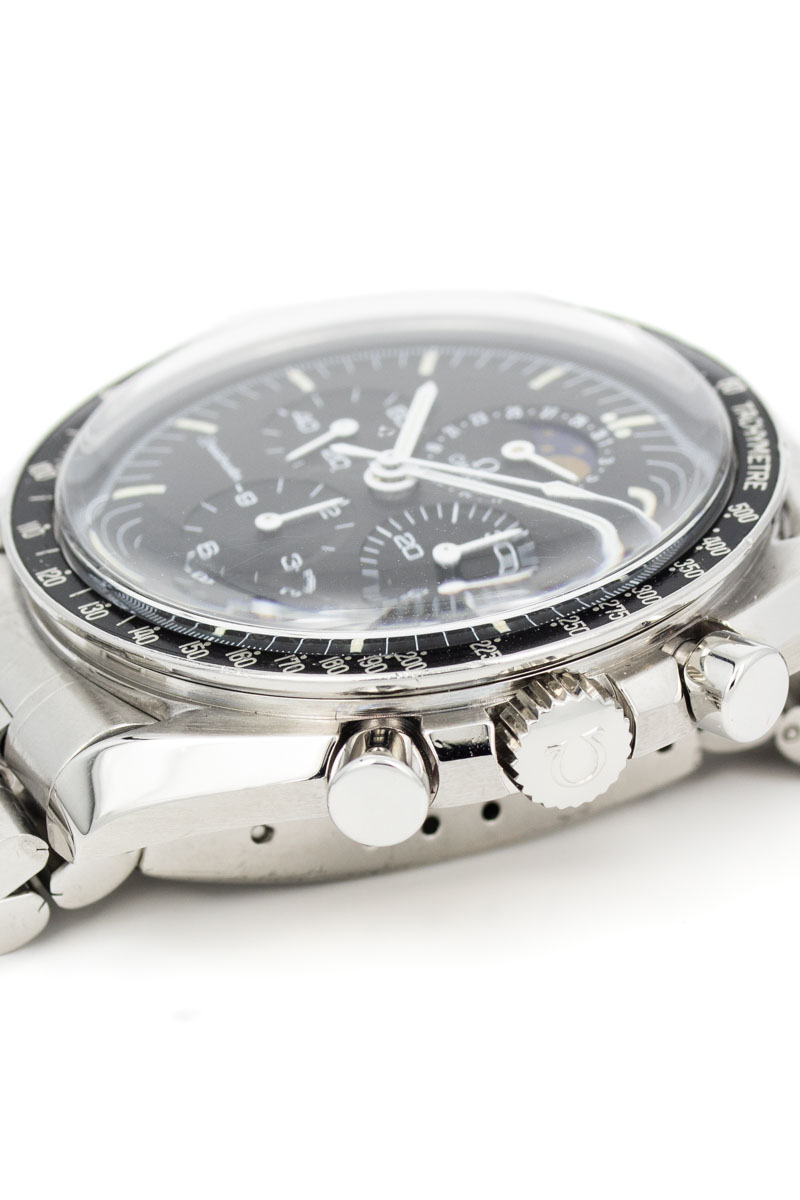 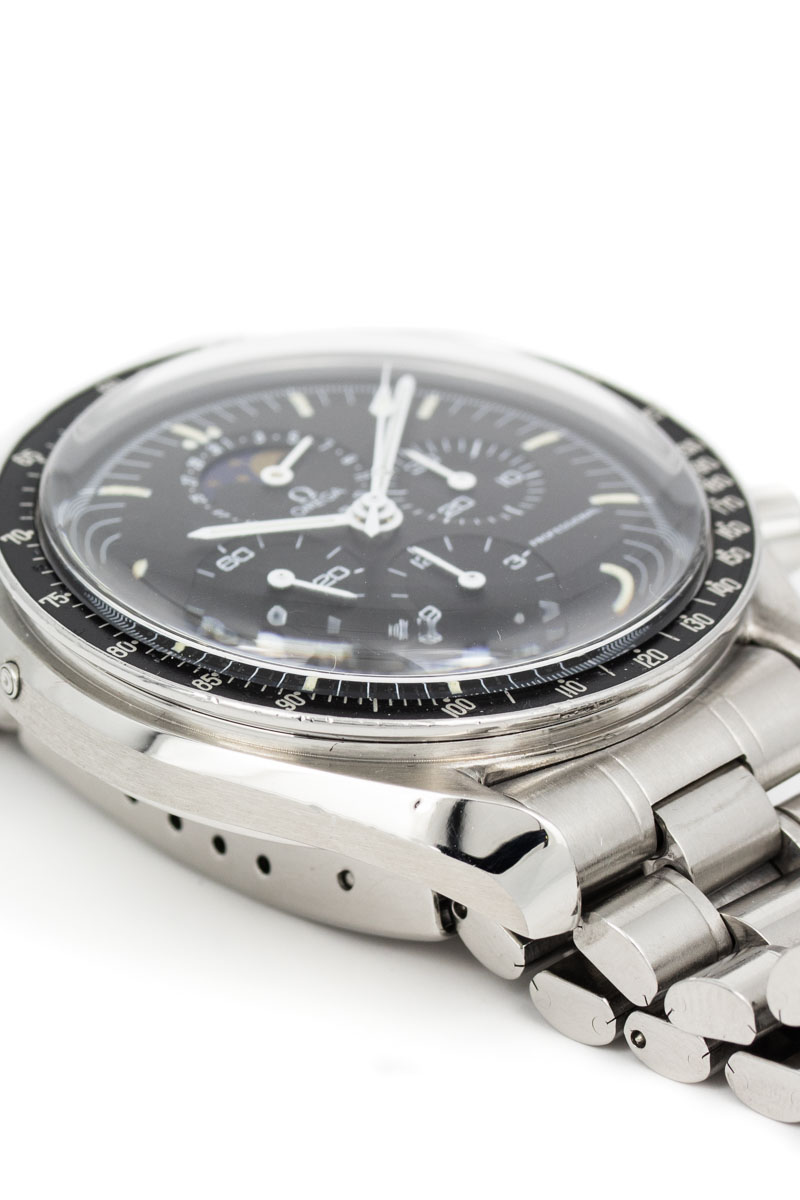 We are proud to present a Mark 1 Omega Speedmaster Ref. 145.0809, otherwise known as ‘Speedymoon’.

Although a moonphase complication is not necessarily the most useful in daily life, it is an aesthetically highly attractive feature. And let’s face it, if there is one watch where it makes sense, it is on THE moonwatch: Omega Speedmaster Professional.

There have been three iterations of the Speedymoon throughout the decades. This is the original, the first version from 1985-1988. It is estimated that only around 1300 pieces were ever produced, making this a rather rare Speedmaster indeed.

This very cool Speedy comes on a slightly younger, but original Omega bracelet.

If you are looking for a Speedmaster with a twist, the Speedymoon is a very attractive contender!