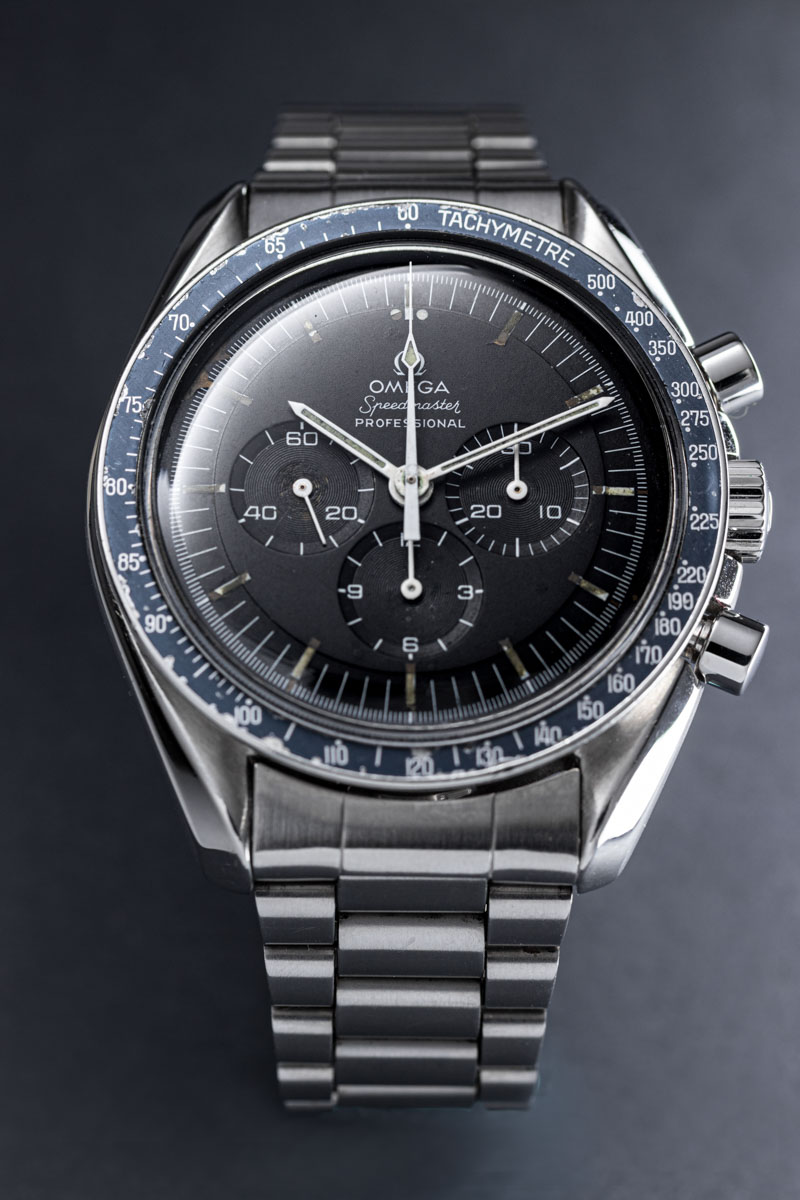 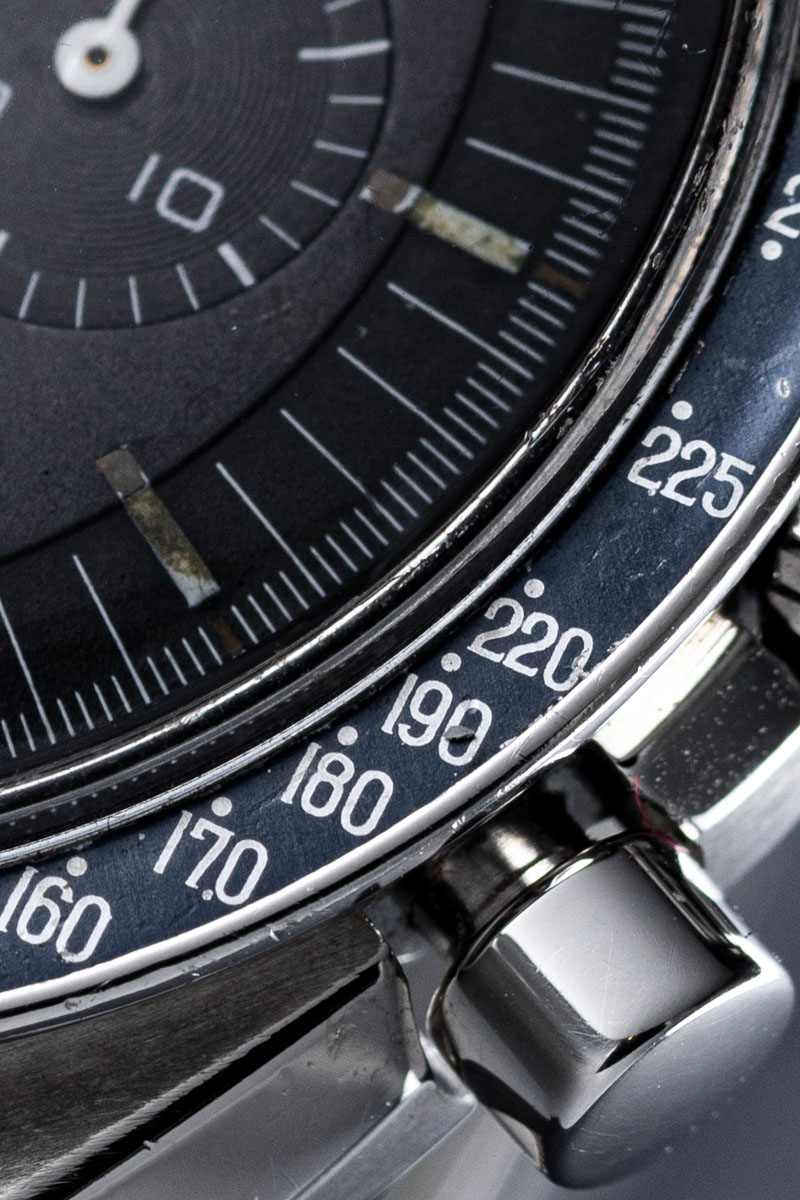 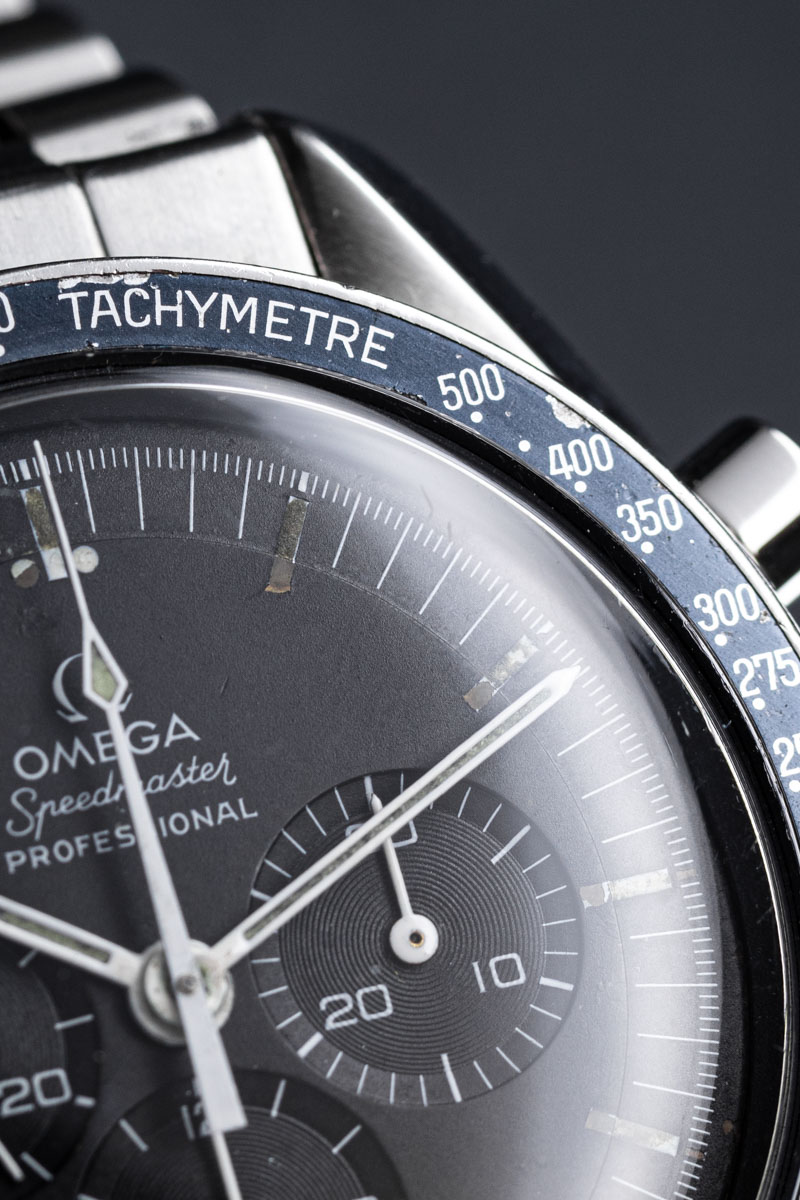 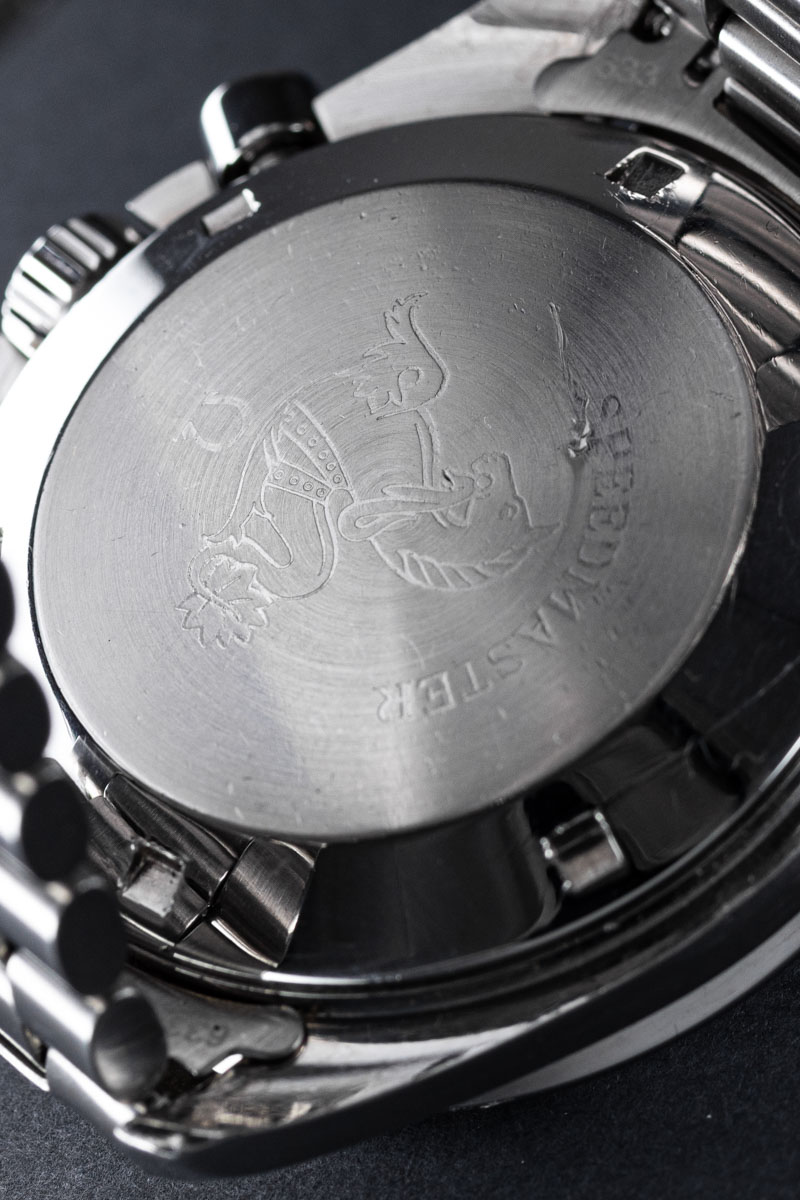 Speedies come in many shapes and forms. We are massive fans of the Professionals in particular. And the one on offer here represents something of a sweet spot. Here’s why:

As you might know, the Speedmaster Professional Moonwatch can be roughly divided in pre-moon and post-moon models. The pre-moon variants often come with the desirable 321 caliber and some distinguishing aesthetic features such as a DON (dot over ninety) bezel and applied Omega logo. The caseback does not feature any NASA or moon-related text yet. Later models, from after the 1969 moon landing feature the newer 861 caliber and come with commemorative writing on the caseback. Since these have been made in the millions since, most of these are considered less desirable by connoisseurs. The pre-moon variants, unfortunately, have become so desired that prices have taken serious forms.

So what do we have here? This Speedy is from 1970, so that would technically make it post-moon. However, the caseback still features only the Hyppocampus, no mention of NASA or the moon. The configuration is therefore considered pre-moon by experts. Still, the price tag of these is still much more attractive than cal. 321 pre-moons. You might consider them transitional models of sorts.

But then there is something special here. Have a look at the bezel. In particular the number 220 on the tachymeter scale. It should not be there. It should read 200 instead. This is a misprint. A fault that slipped through QC. These were exclusively distributed to Italy, for a couple of weeks in late 1970, before Omega discovered and corrected its mistake.

So here is a rare Speedmaster that is considered pre-moon, with a step-dial and a truly unique story, well under 10k. And this one comes with an extract of archives from Omega, confirming the configuration is original. That is a sweet spot in watch collecting if ever there was one!

Including Extract of Archives.