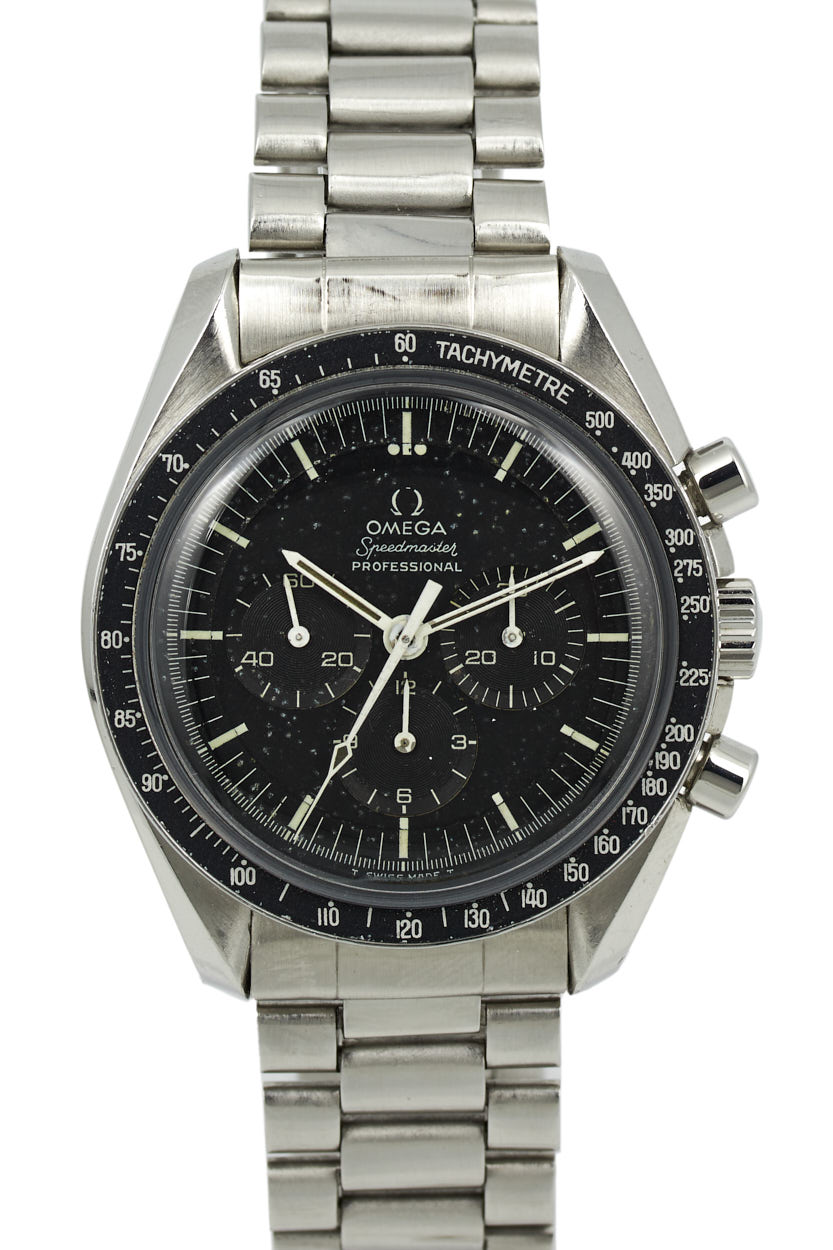 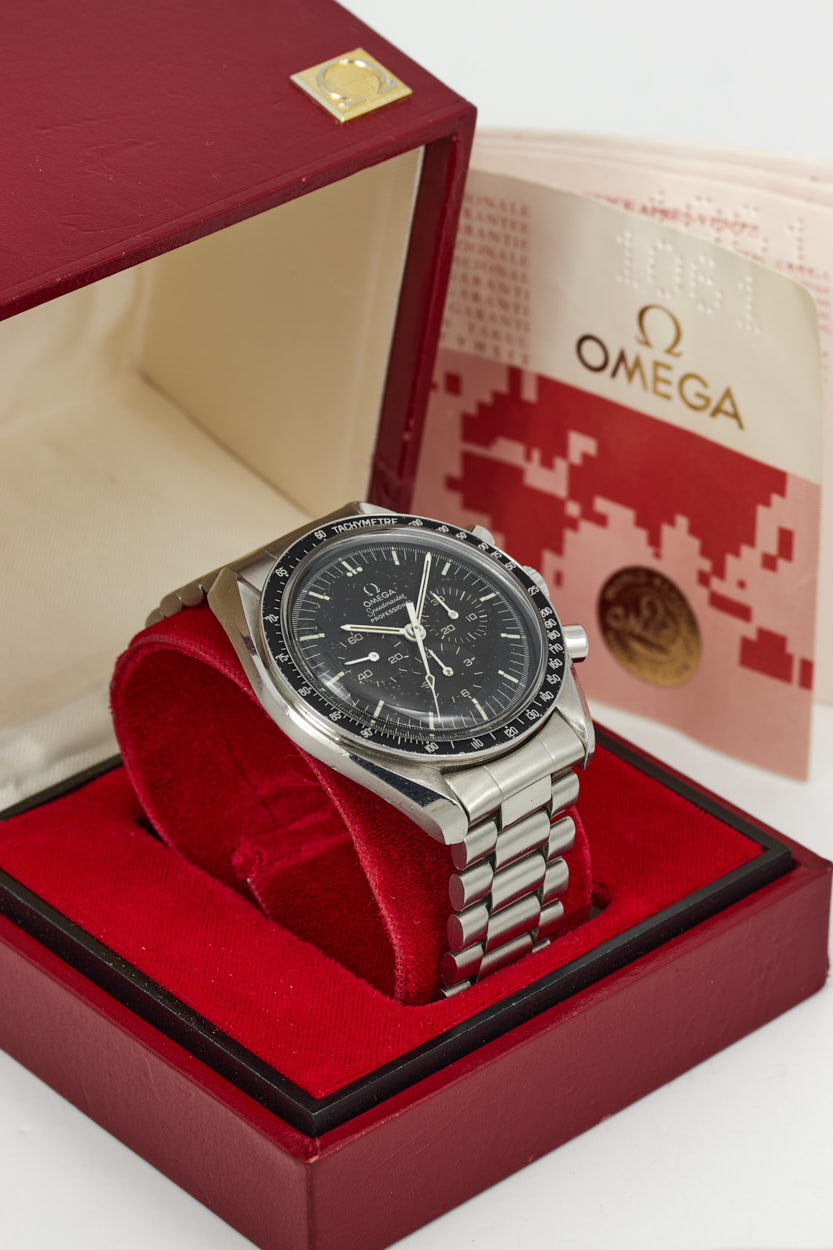 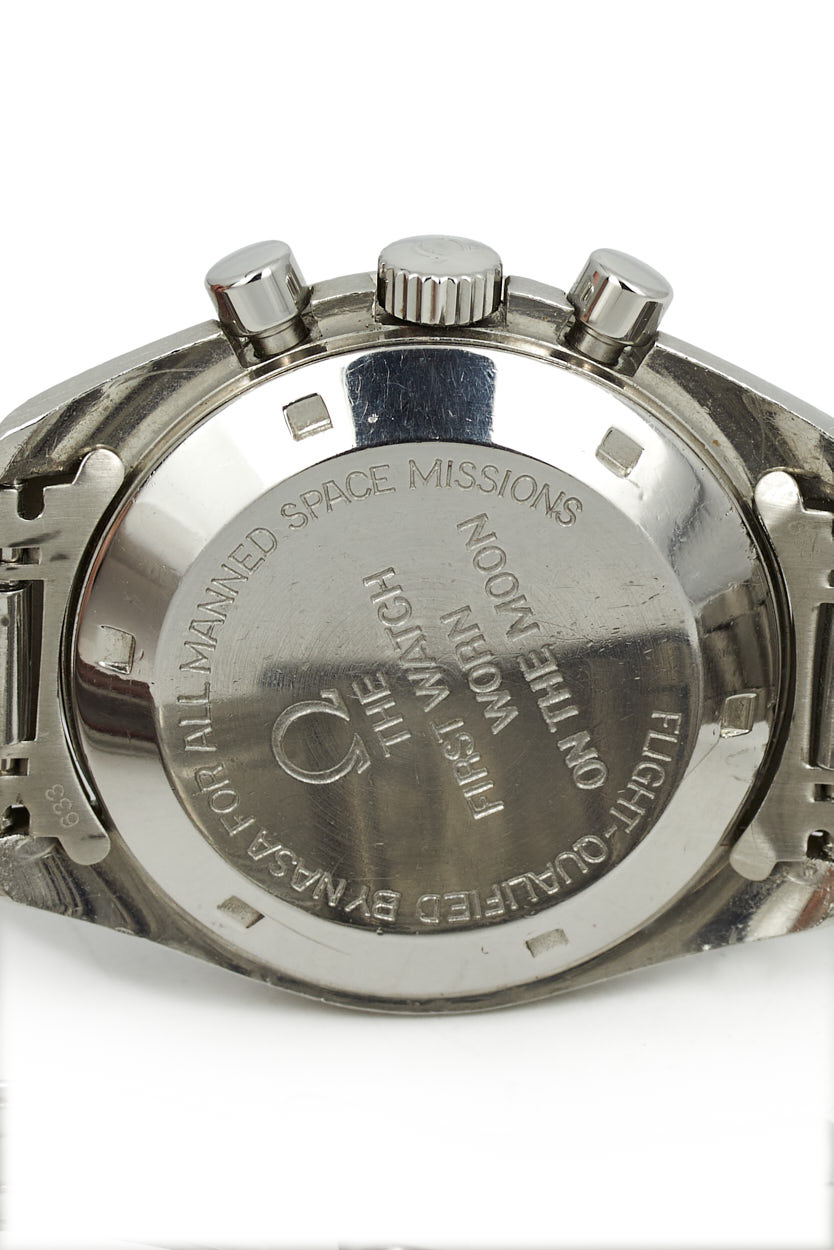 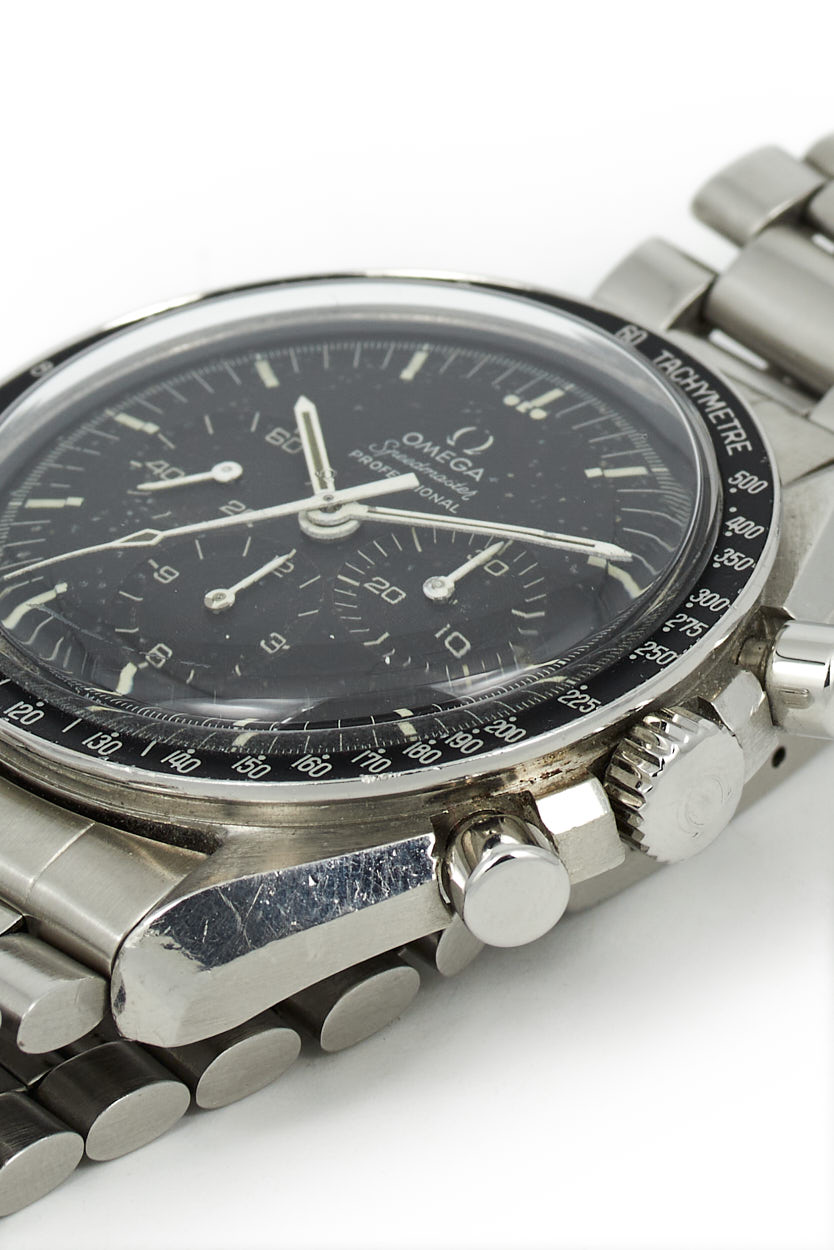 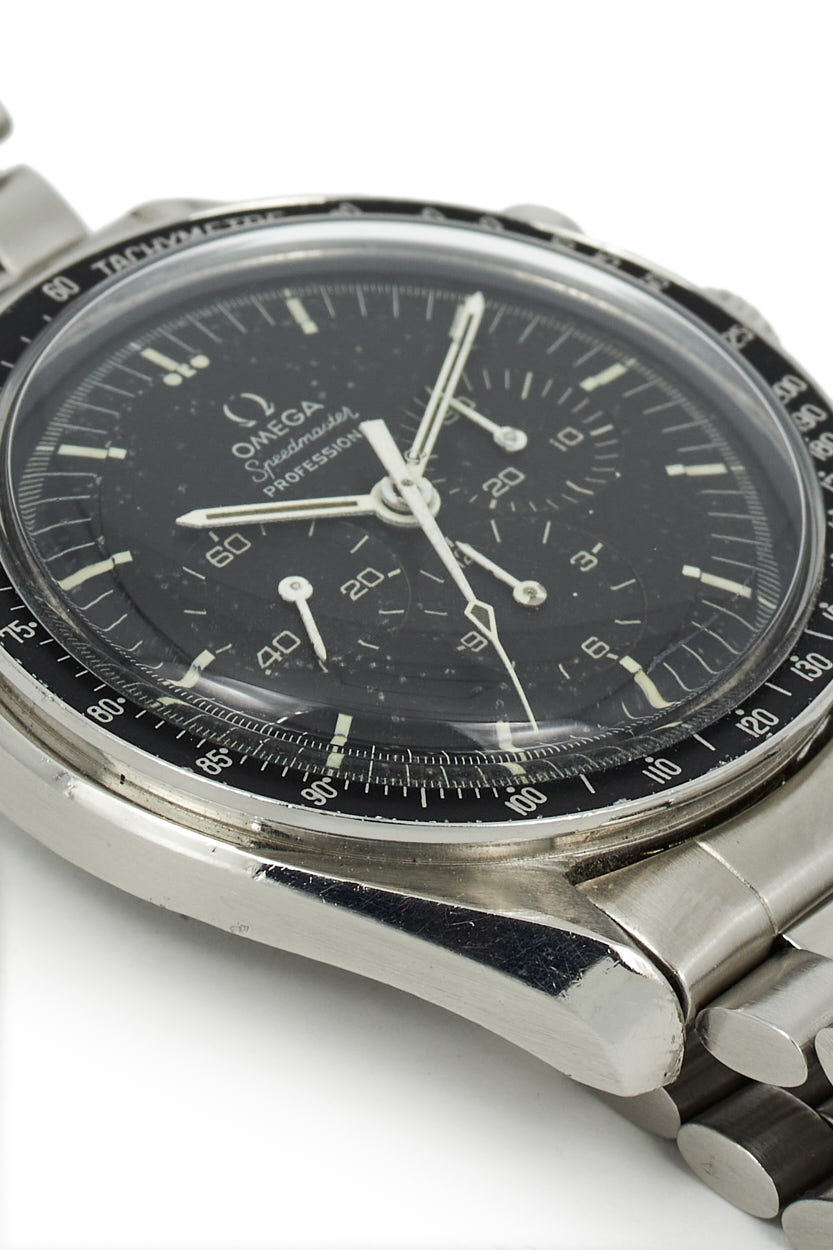 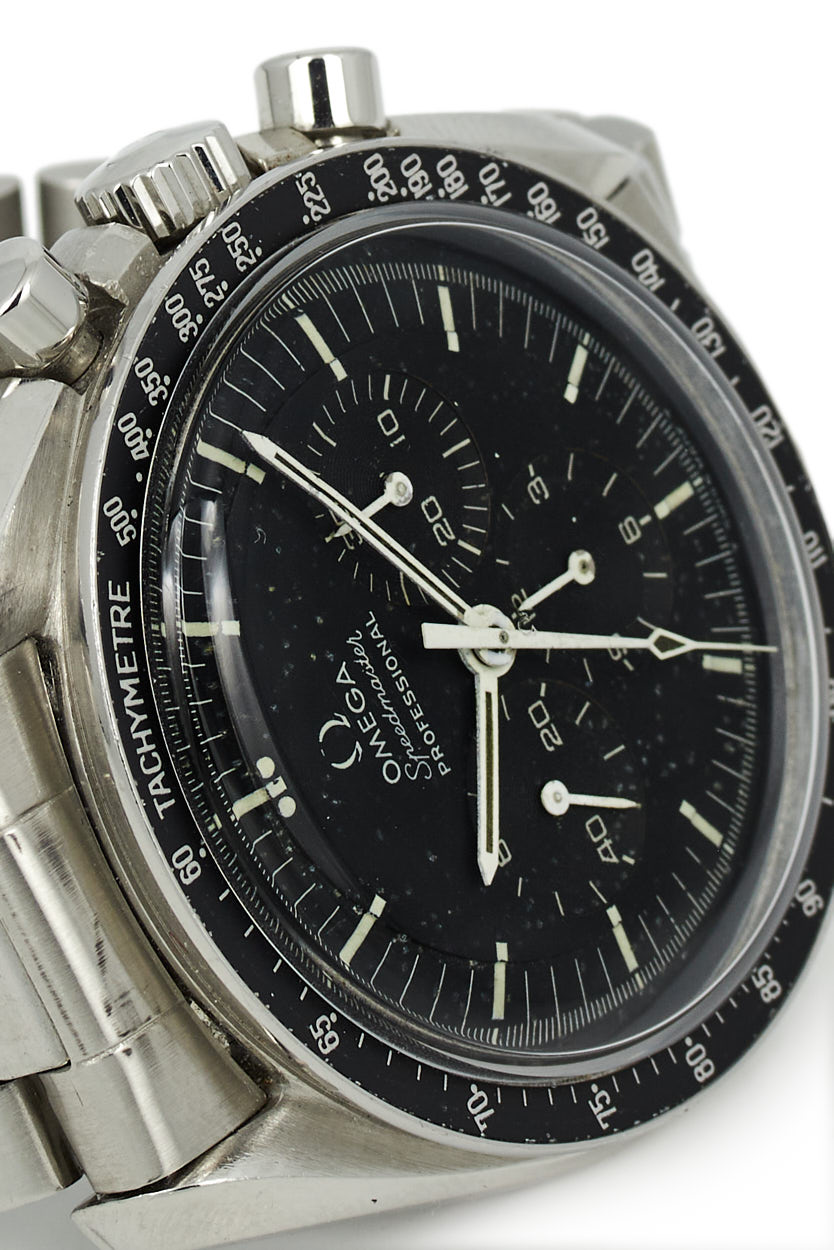 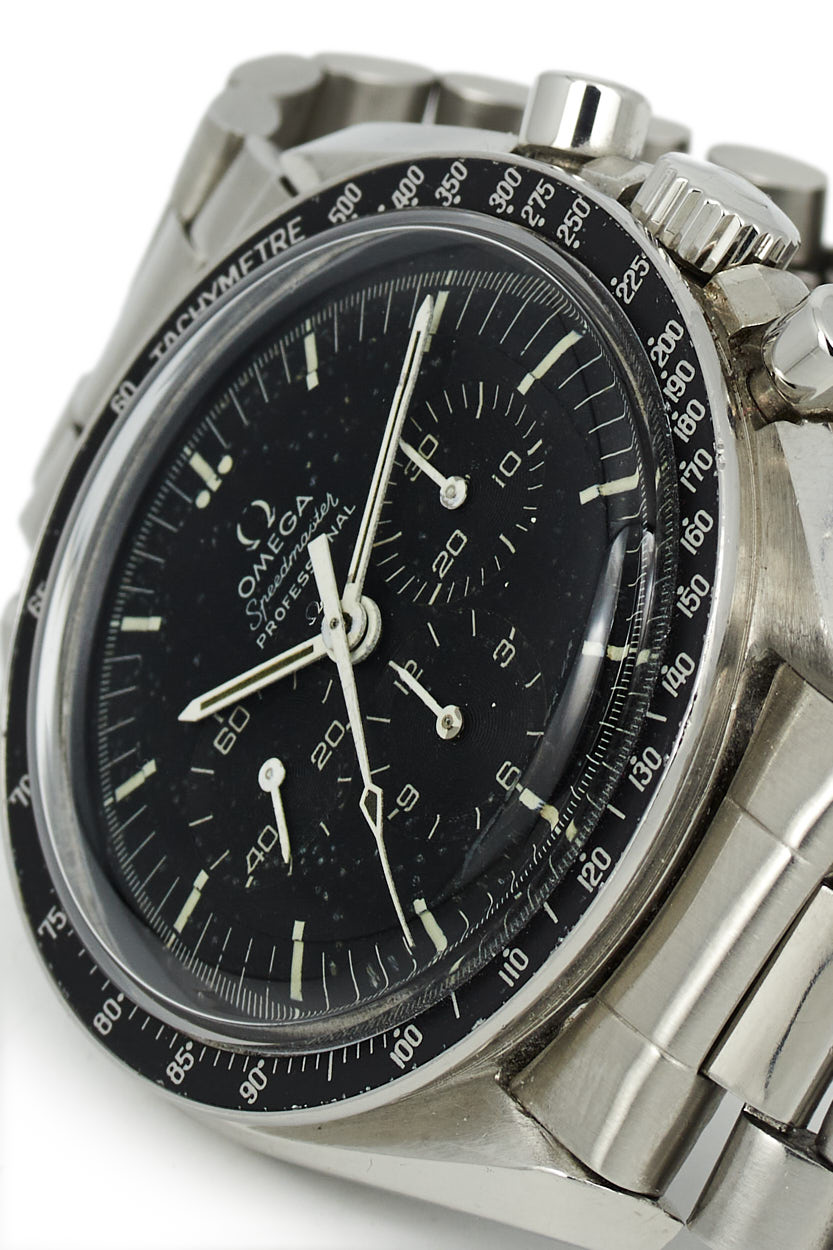 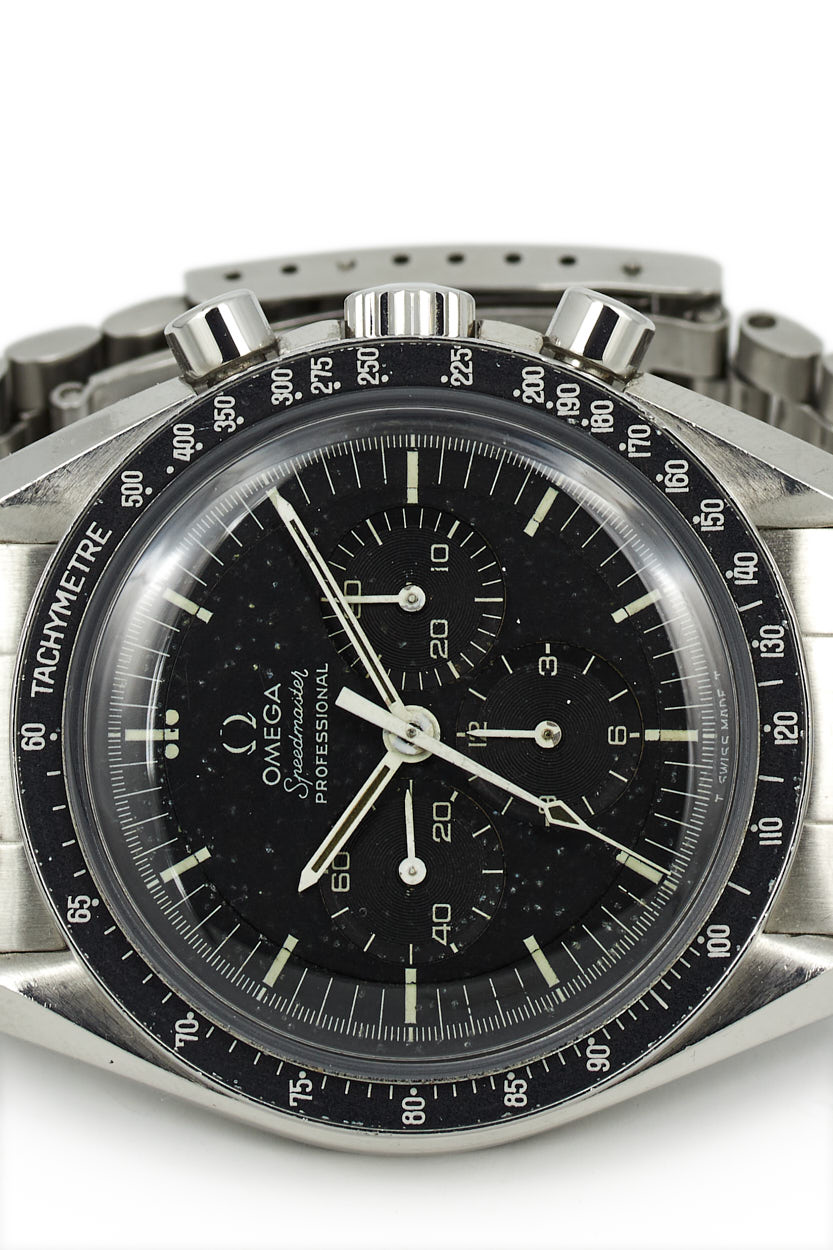 A rugged-looking Speedmaster with something special hiding on the back…

This 145.022-69 features the rare “Straight writing” caseback. These casebacks came in two variants, one that was only made for the Japanese market and the one we see here. “The first watch worn on the moon” is featured in the center of the caseback, where we usually find the famous Hyppocampus. These casebacks were made by Huguenin Freres and are considered rare.

Beyond the special backside, this example has not been recently refinished, resulting in a rugged aesthetic. The case and 1171 bracelet show that this watch has been places. And of course, this model still featured the coveted “Step dial” which gives the watch face a more three-dimensional look. This great Speedmaster comes with the original box and papers.

Come and have a look at this watch in our store at Reestraat 3 in Amsterdam!