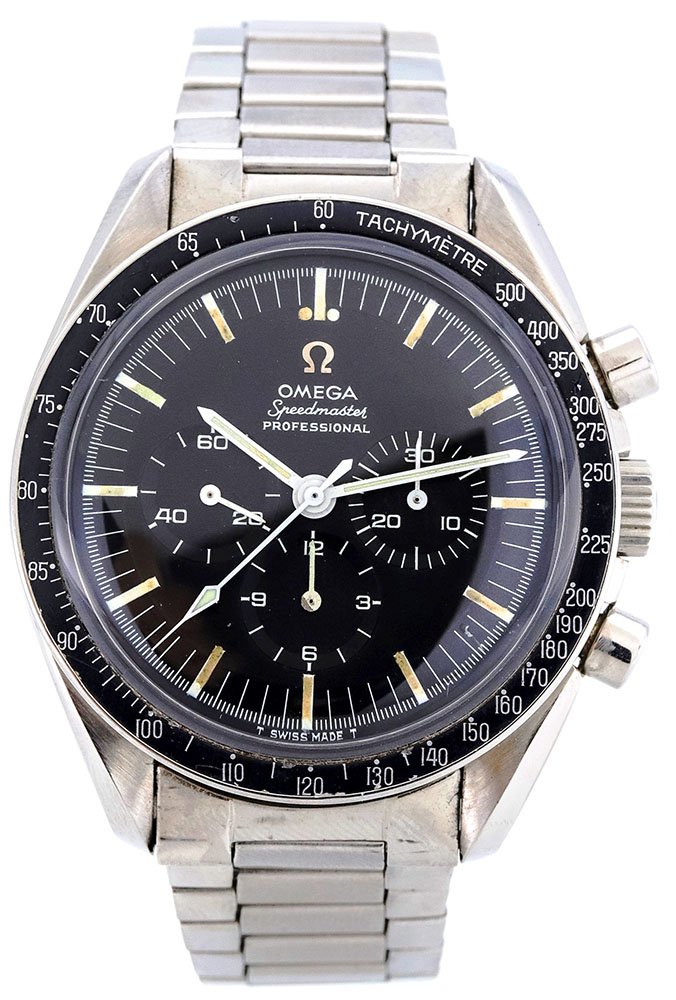 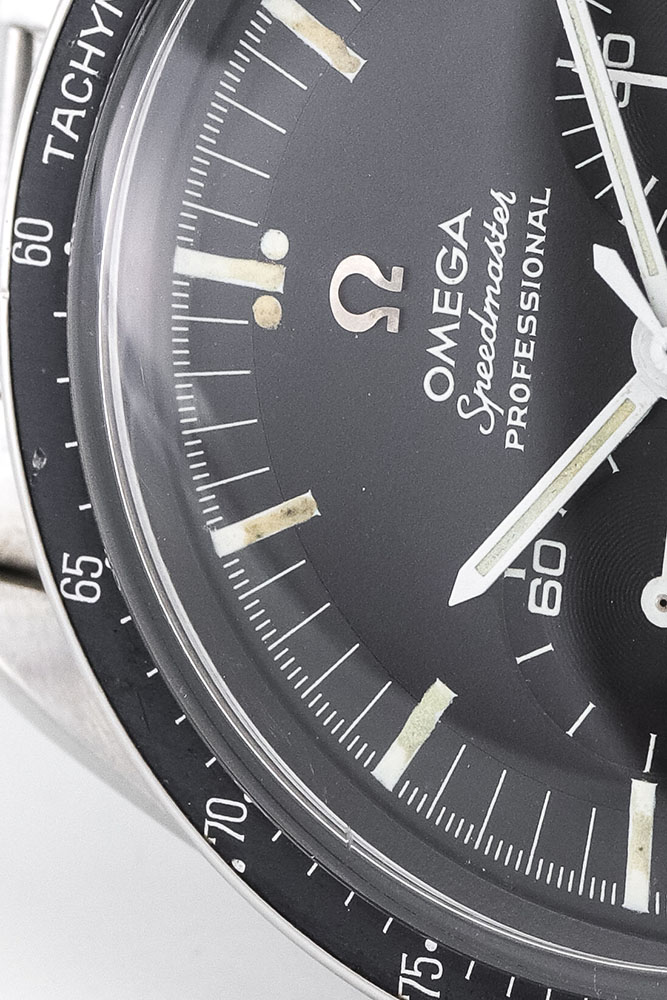 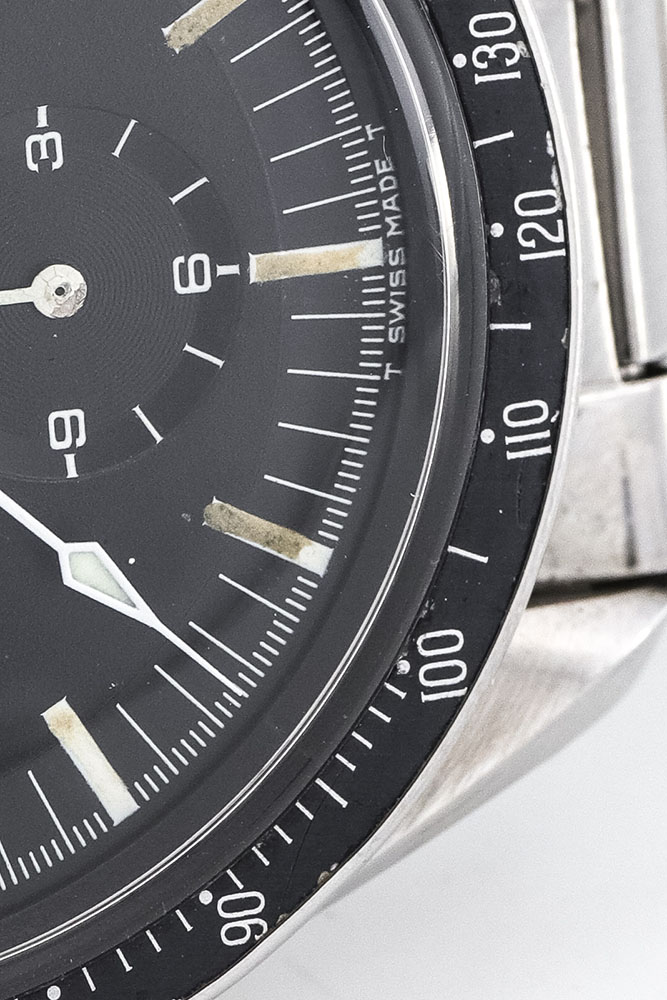 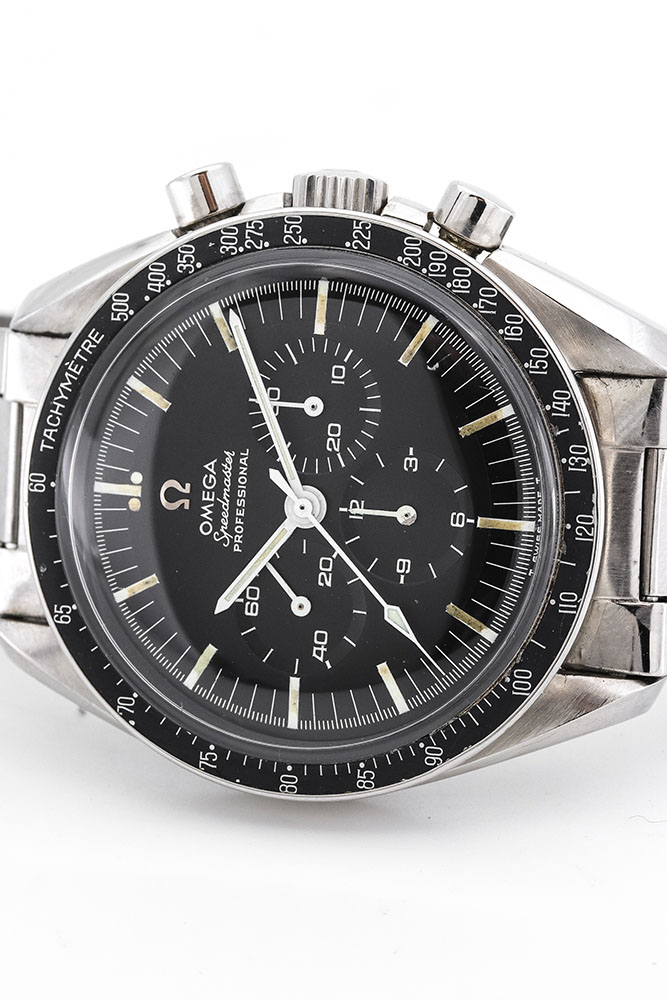 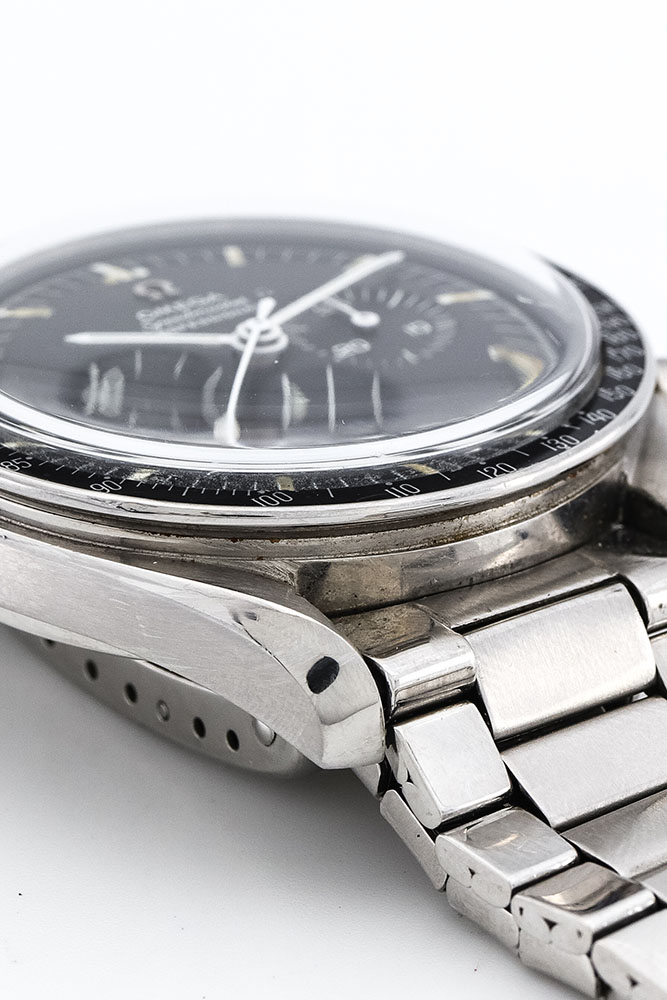 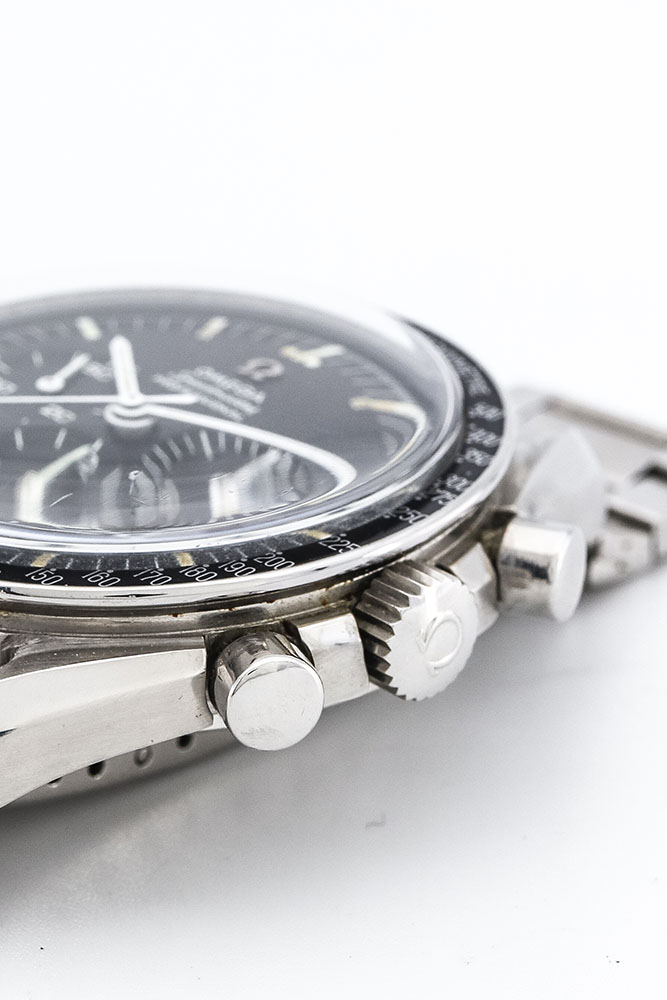 A vintage Speedmaster at it’s finest.

The Omega Speedmaster is an icon to any watch enthusiast. The watch was popular from the start when it was introduced in 1957 and had achieved some serious things in the sixties and seventies. During the Space age, NASA needed a chronograph watch for astronauts in case navigational equipment would fail. After testing all the best chronographs under multiple severe conditions, from all the big watch manufacturers throughout the world, the Omega Speedmaster came out best and was the chosen one to come along on the trip to the moon. The mission to the moon was successfully fulfilled in 1969 with a Speedmaster on the wrists of the astronauts, and because of this, the Speedmaster became the ‘Moonwatch’. A watch with a story and eternal love and appreciation throughout the world.

This specific piece we’re offering ticks all the boxes when it comes to Moon watches. It was produced before the Moonlanding and this watch is the exact reference which was taken along the Apollo 11 mission. This watch has the asymmetrical watch case protecting the pushers, introduced in 1965 with this reference. The dial still has the applique Omega logo, instead of the printed one from its descendant. This is a valued character when it comes to vintage Speedmasters and a tell by which you can see right away whether it’s a pre-moon Speedmaster or not. The condition of the dial is another important aspect, and the one in this watch is close to perfection. The tritium has developed a nice patina, best described as a blend of yellow and tobacco. This gives the watch the appropriate vintage character which was watch from the 1960s should have, and the hands are matching too.

Another feature which must be pointed out is the bezel insert. Pre-moon Speedmasters have a bezel insert with a dot above the number 90 (DON). In general, these thin black inserts are prone to damage and wear, and are often worn off or replaced. To have an original DON-bezel on this watch with so little damage is a big extra since these are becoming rarer by the day. Another reason to pick this Speedmaster is the bracelet. The original and folded 1039 bracelet is still equipped on this piece and it’s in good condition. They’re often worn off or replaced by a more modern bracelet, but not on this piece.

The Amsterdam Watch Company has a passion for Omega Speedmaster and we always have multiple pieces in stock. This watch simply ticks all the boxes and it’s our pleasure to enlighten you about it little more under the delight of a cup of coffee and some storytelling if interested. Feel free to contact us or to visit our store, we’re located in the Reestraat, Amsterdam.