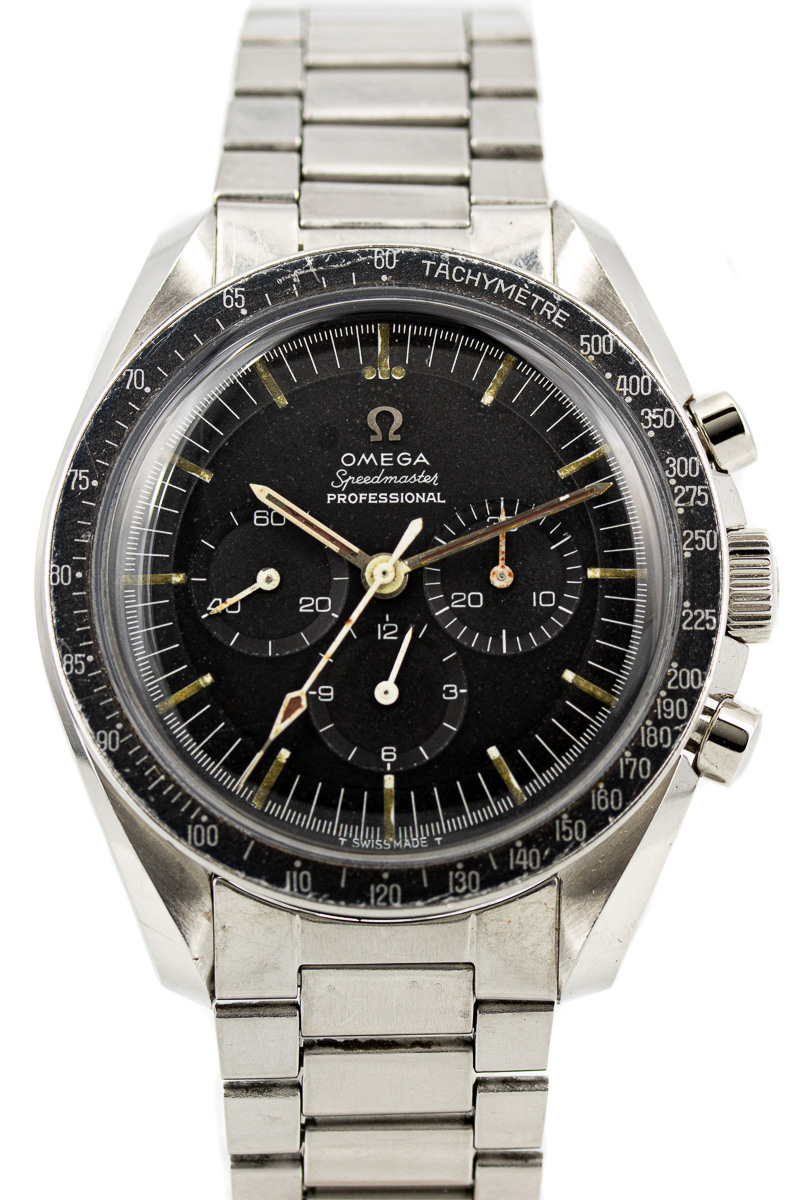 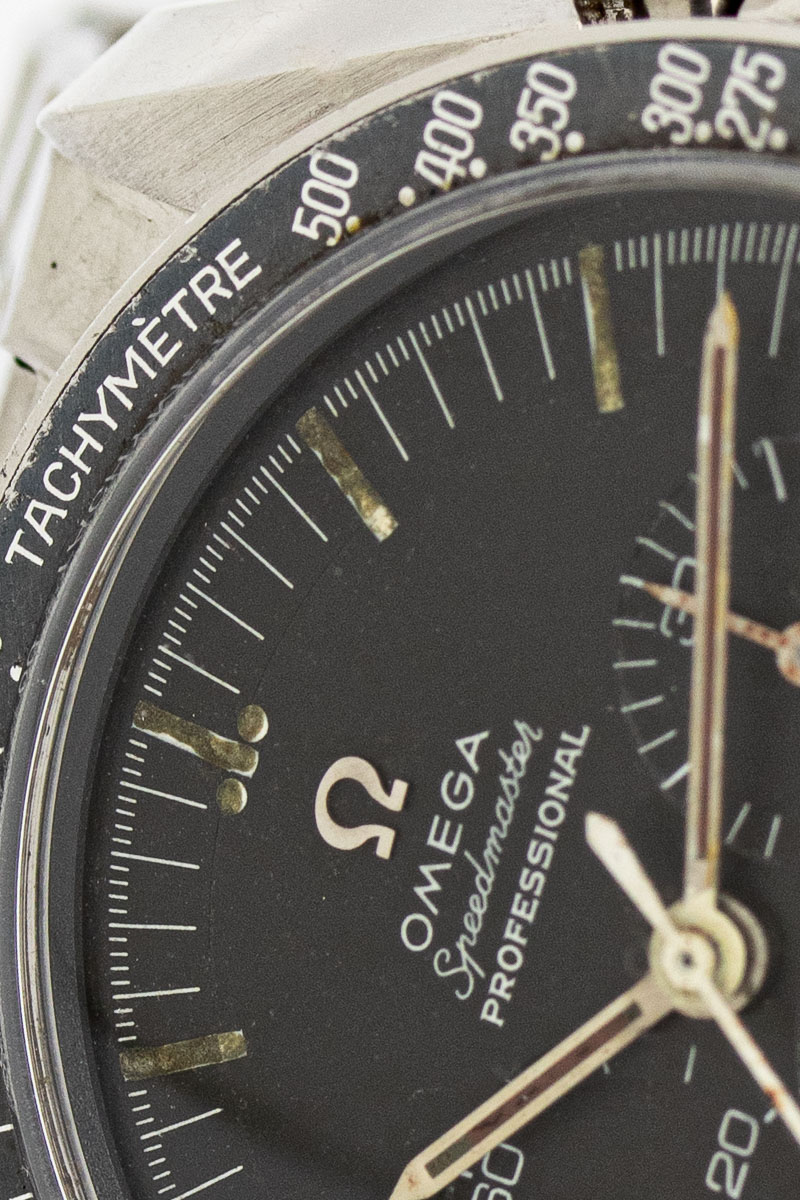 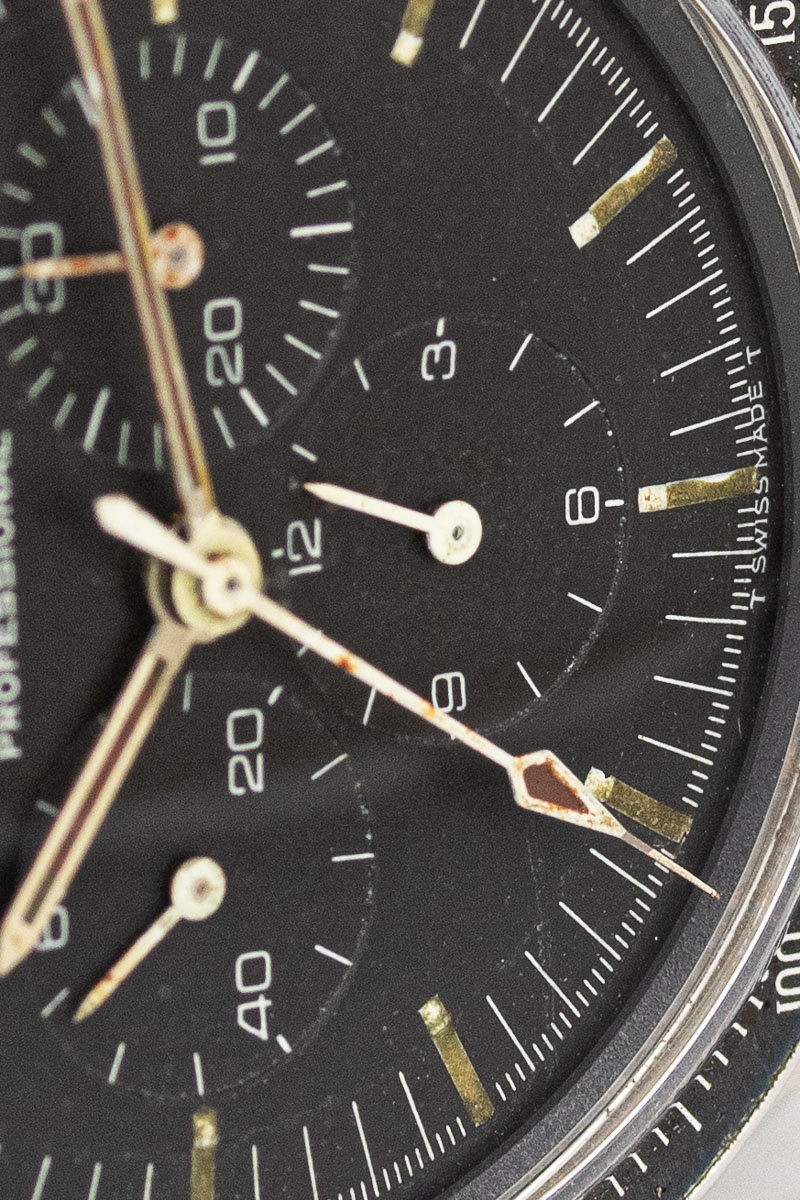 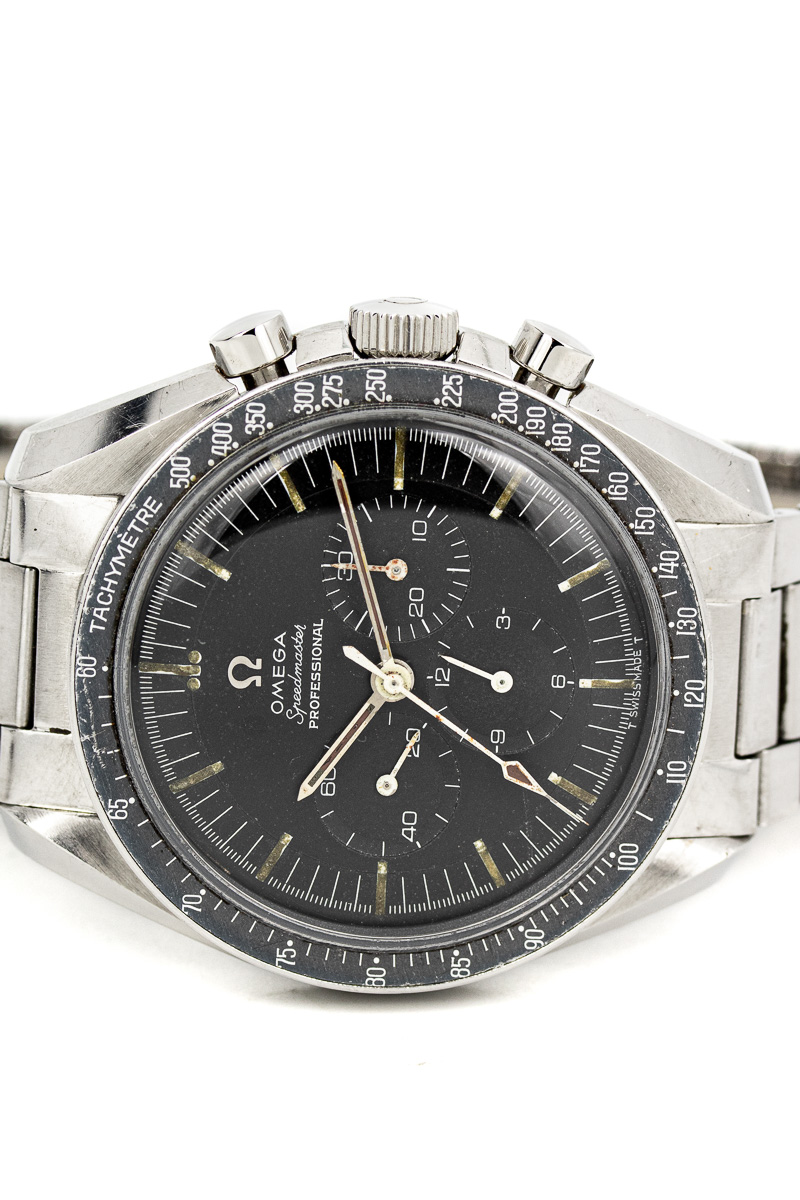 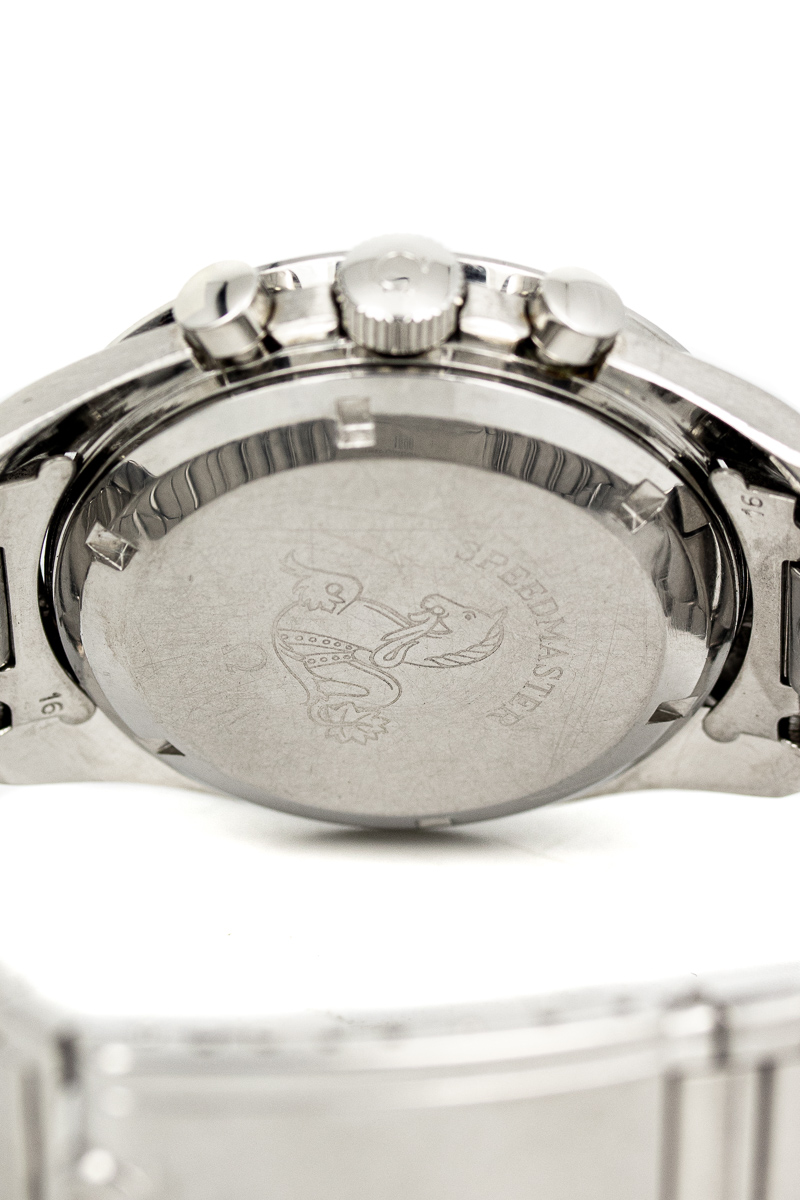 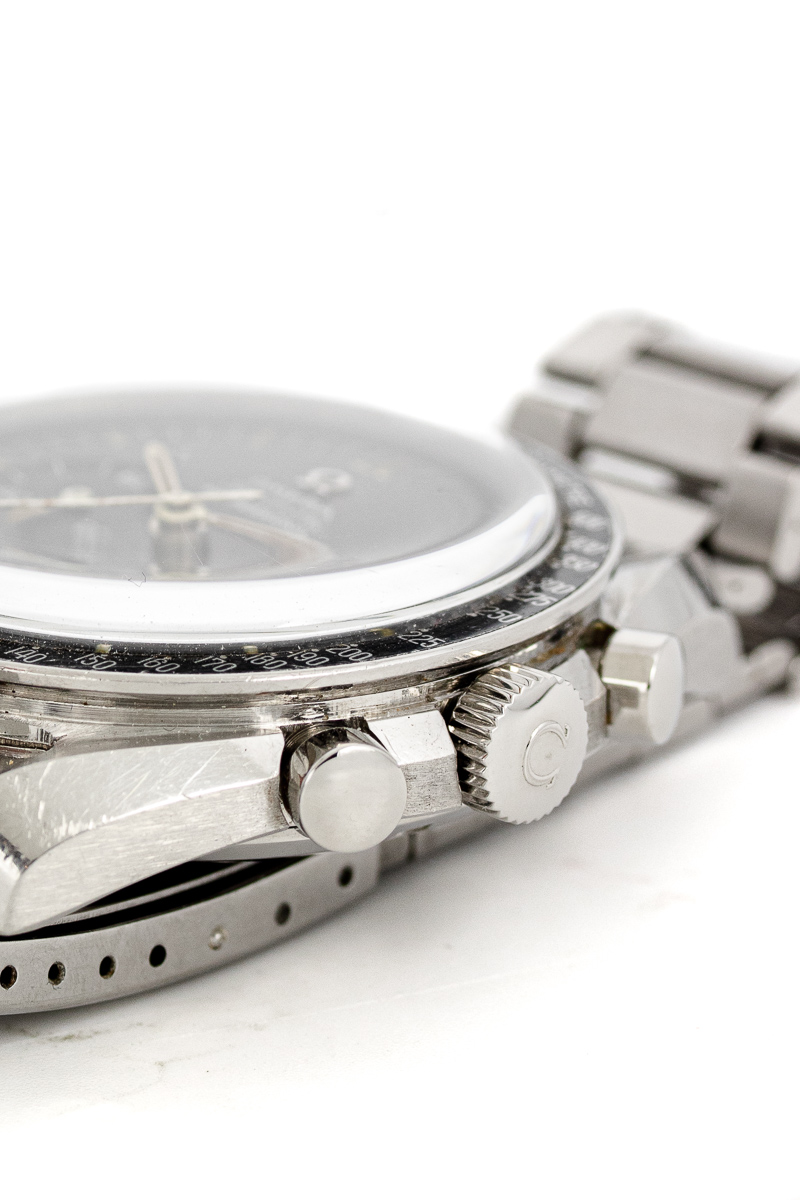 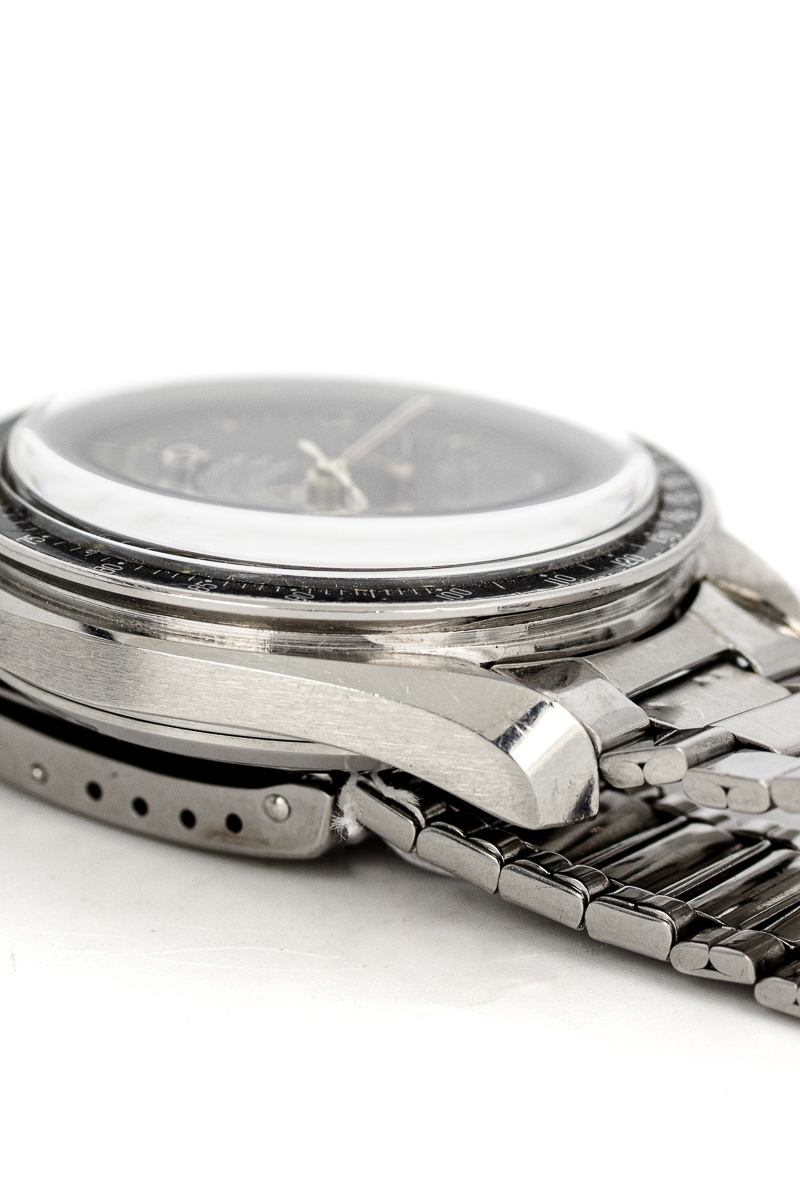 May we first direct your attention to the T SWISS MADE T markings below the six o’clock index? See how the T’s are slightly offset from the SWISS MADE? In 1964, it became mandatory to denote the use of tritium on the dial. Since dials are made in batches, Omega decided to add the T’s to an existing batch of dials, rather than discard them. The result was a slight misalignment, now known as an “Asymmetrical T dial”. It might seem like a minor detail, but it is actually quite a fascinating piece of horological history in the flesh. As radium was banned and tritium was chosen to replace it, manufacturers had to quickly respond to the new legislation and come up with workarounds. This is such a workaround, hidden in plain sight.

While the Asymmetrical T dial might be a rarity, it is far from the only attractive aspect of this Speedy. It just oozes pre-moon charm. The legendary 321 caliber, applied logo, dot over ninety, flat link bracelet, it is all present here.

And just in case you were wondering, yes indeed it was a Ref. 105.012 that was worn on the moon by Neil Armstrong. Michael Collins, staying behind in the lunar orbiter, wore a later Ref. 145.012. Buzz Aldrin likely wore one of those two models, but as it has gone missing since, we’re not sure. In any case, this reference is right on the money when it comes to moon watches!