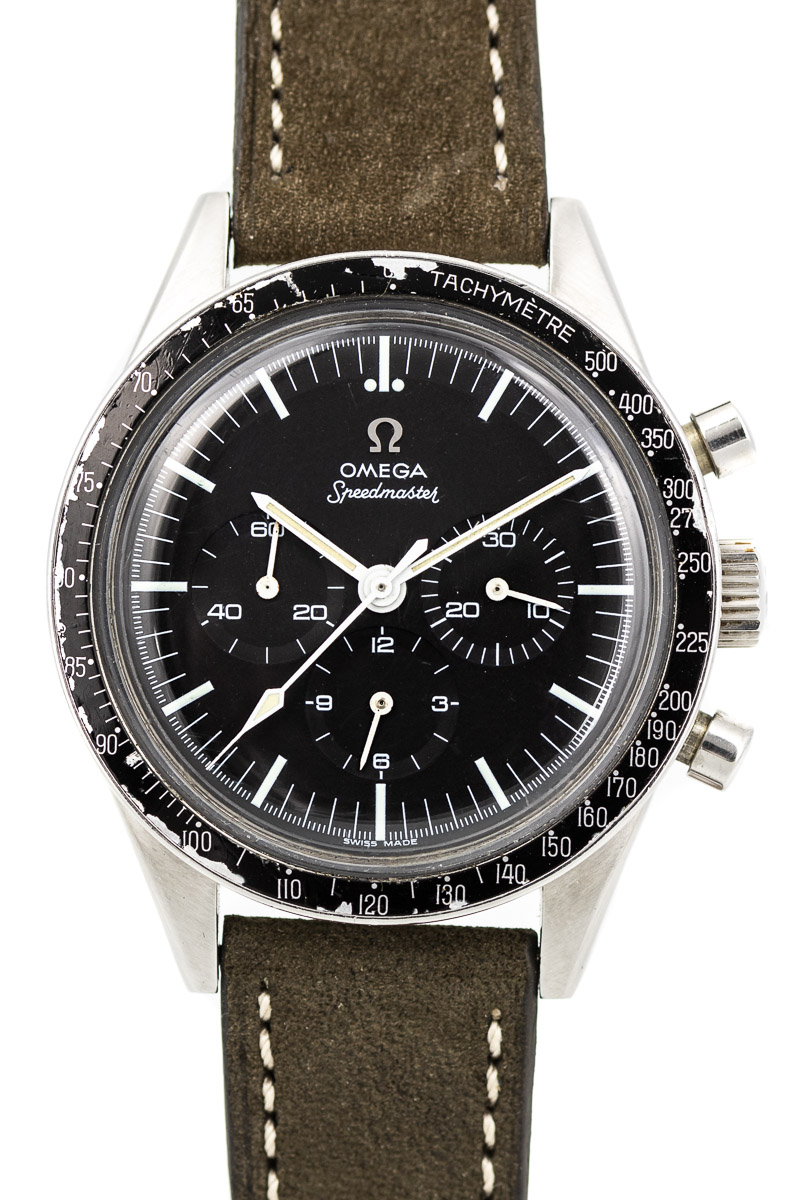 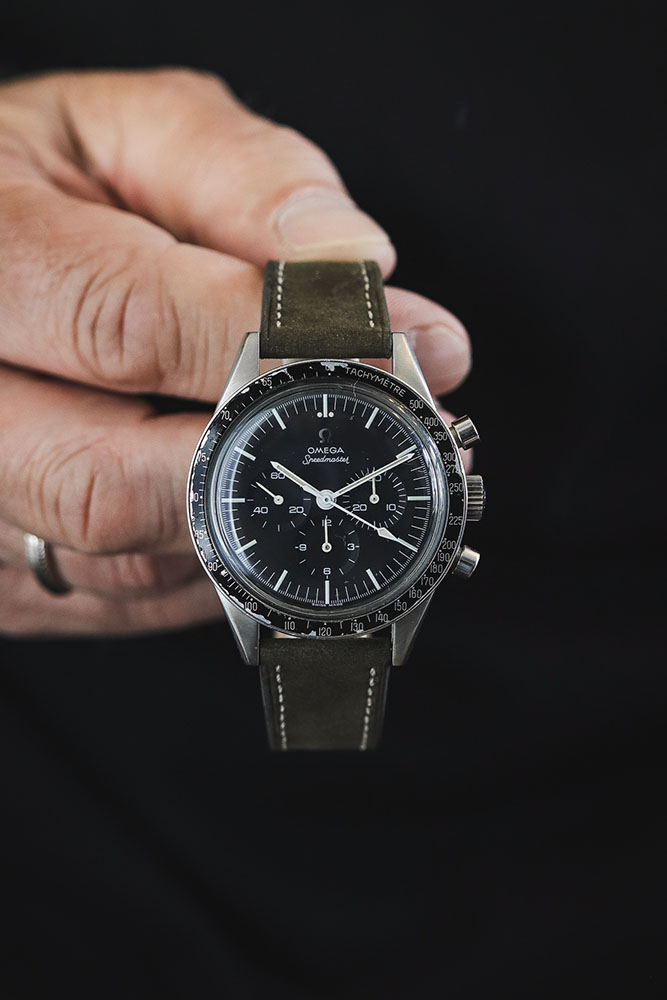 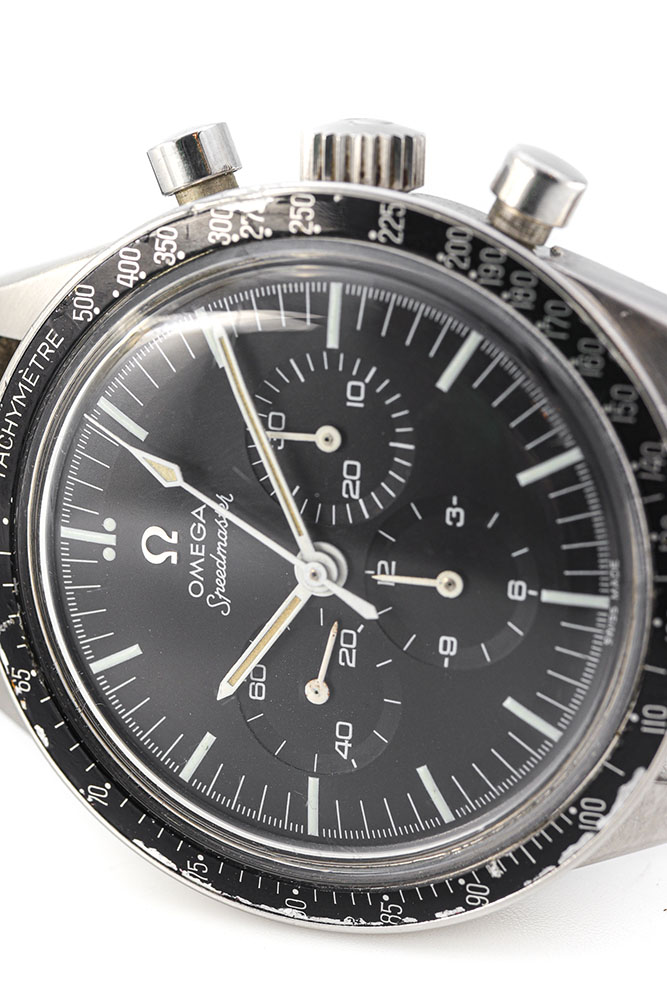 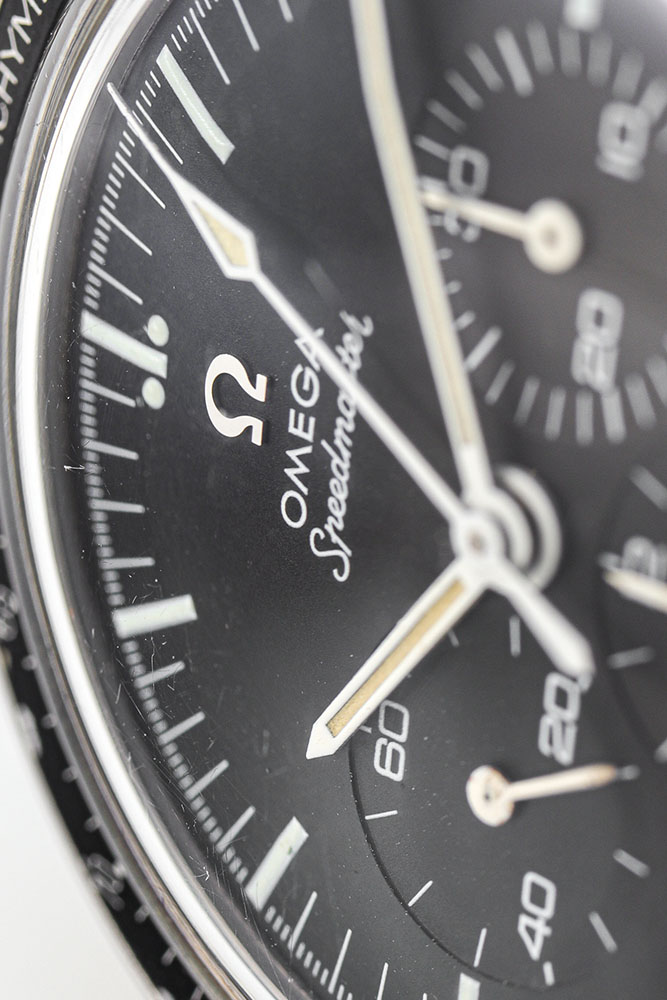 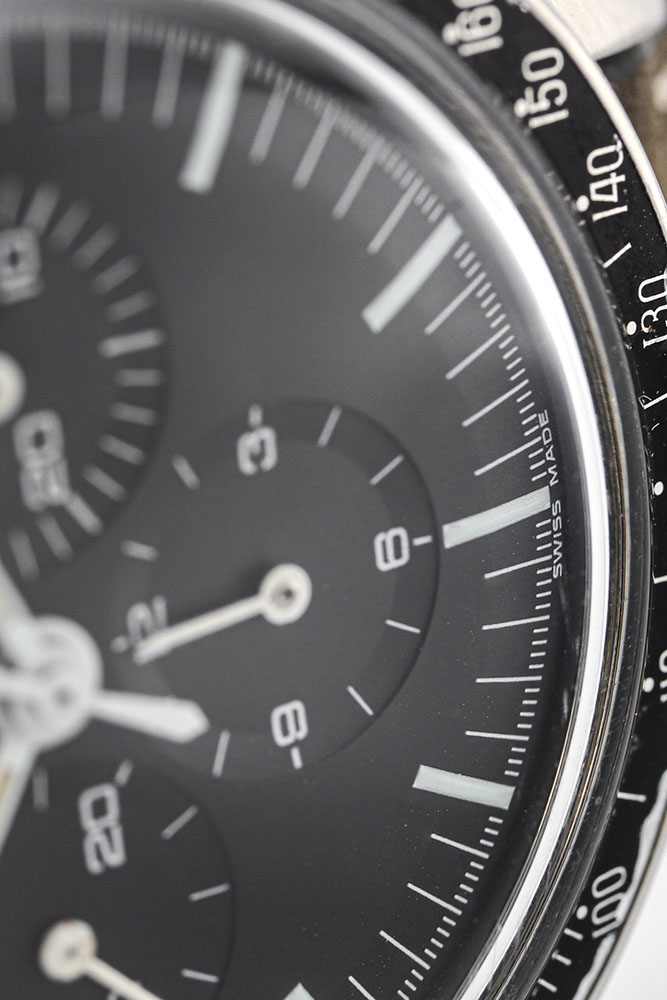 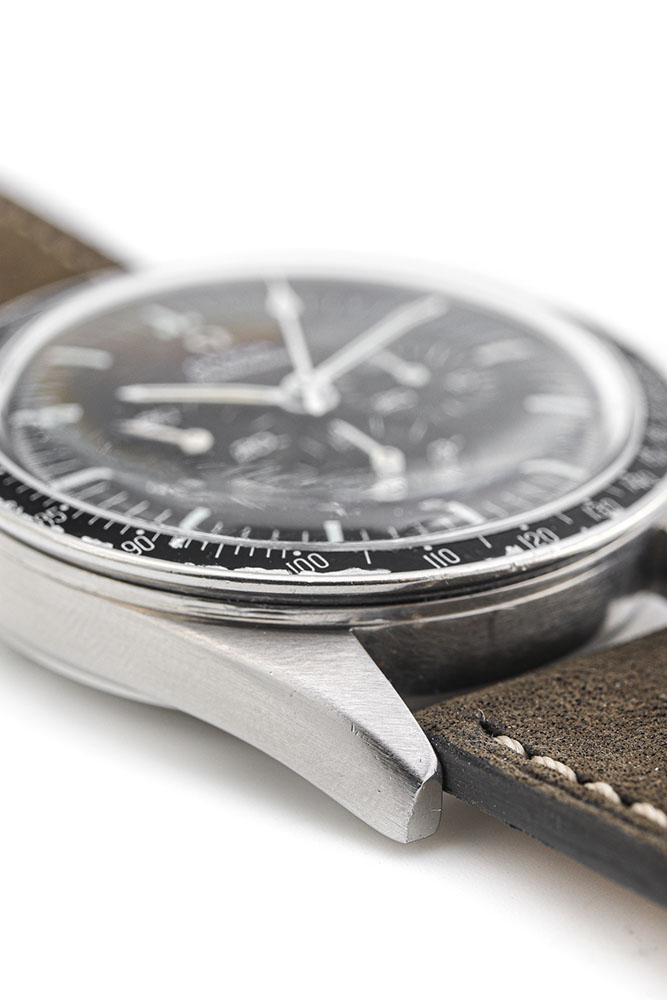 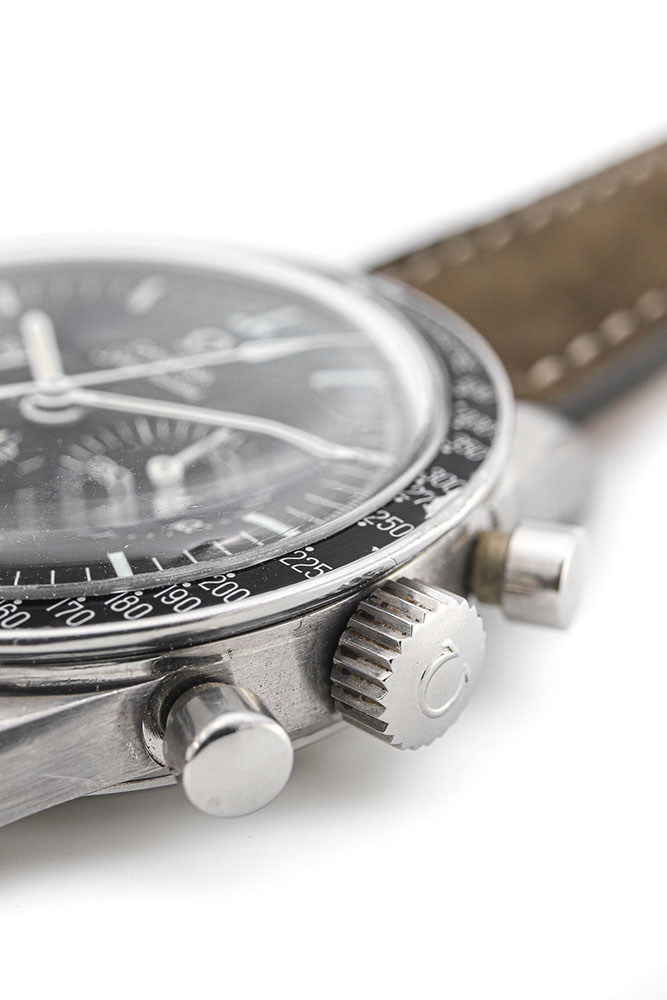 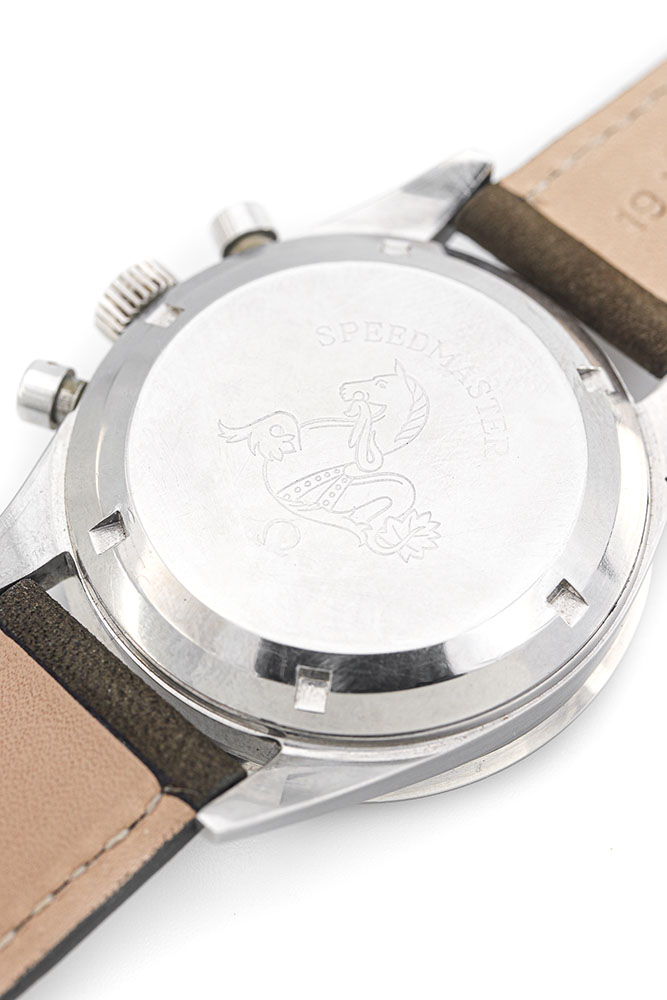 They say there are no fairy tales, well we know they do. One of our dreams was recently realized by a gentleman who came to us with his father’s watch. After his years as an officer in the army, his father had bought a watch, a Speedmaster. At the time, this was a popular model among the military. The story begins around 1965 when this moon watch was purchased by the first owner.

Now back to the story of our Speedmaster from the earlier generation than the Speedmaster Professional. As you can see from the photos, there is no ‘Professional’ on the dial yet. This is also the case without “crown guards” and with the famous 321 calibers. The dial has been replaced with a service dial. Time has only made this chronograph more beautiful. The originally black face and bezel are discolored to an indescribable gray shade. See also the tritium, the whole makes for a grandiose patina.

So this is a really special addition to our collection. Vintage at its best and an asset to every purist! The finer details are not really visible on the photo. Words do not always describe the feeling as it is experienced. Feel free to come in to view this Moonwatch. We are happy to tell you more about it.

The story continues …… .are you the one who is going to write the follow-up?