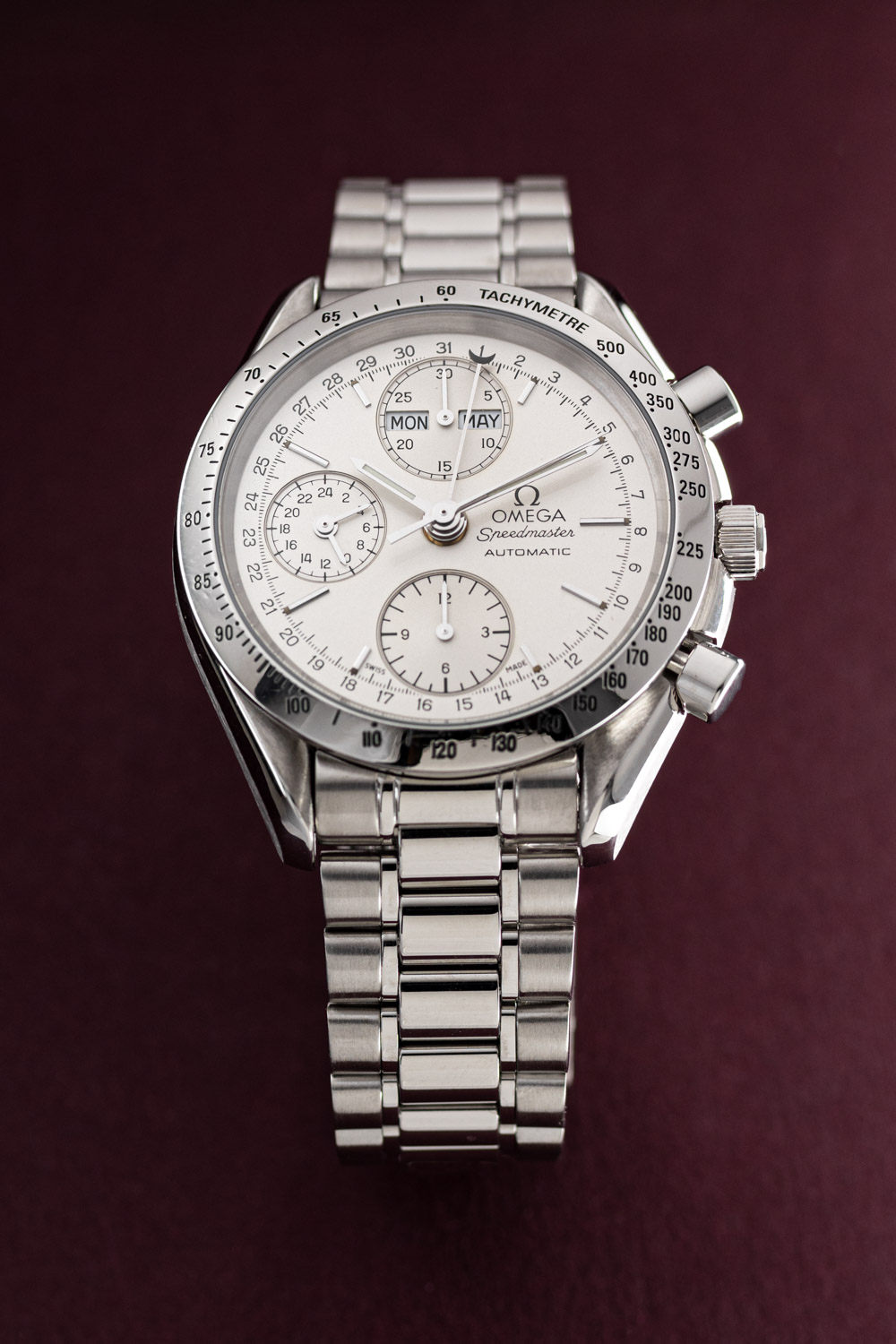 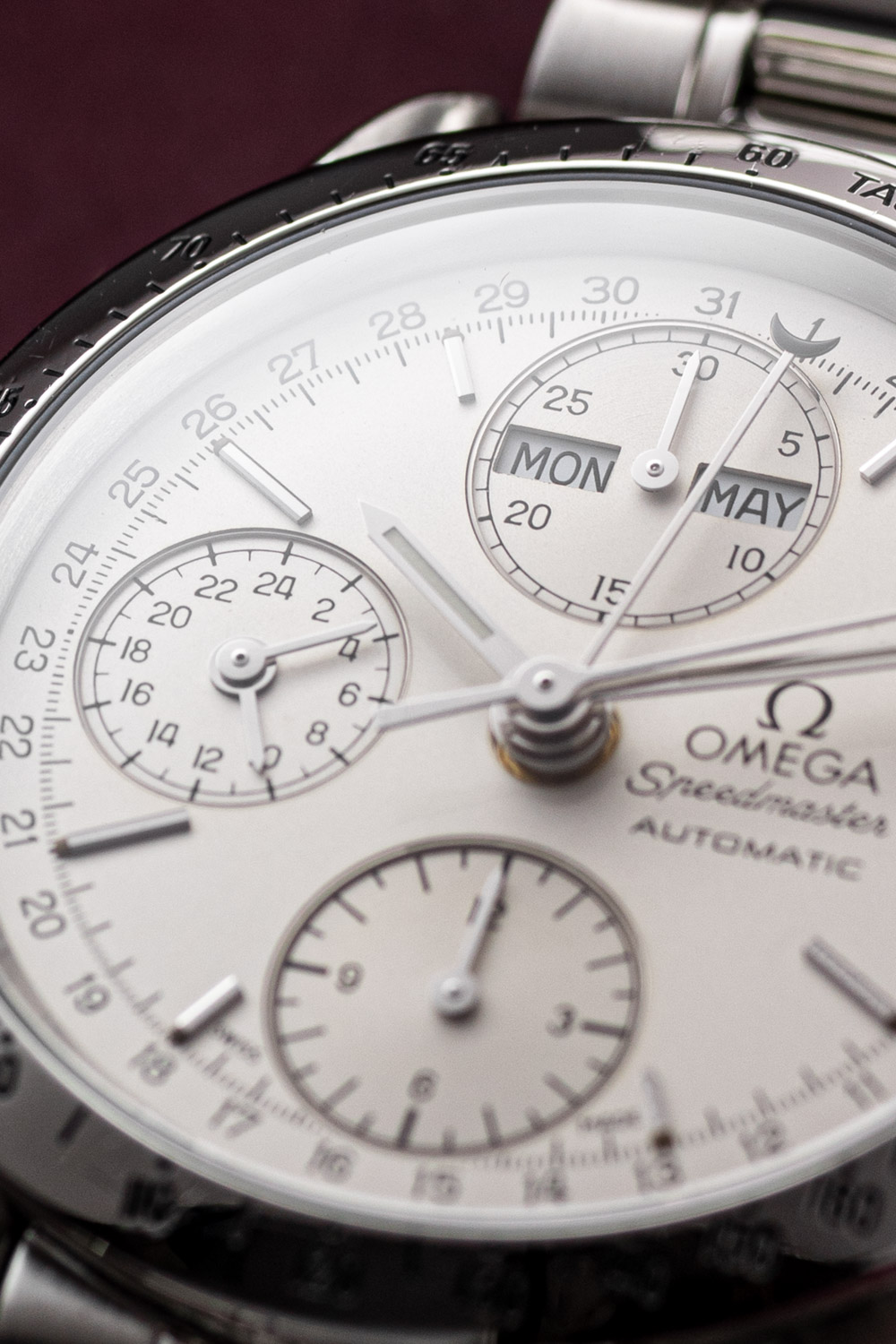 Here we have an Omega Speedmaster Reduced as you like to see it: with the reliable caliber 1150, rather than the modular setup with Dubois-Depraz chronograph.

This example comes with a fresh silvery-white dial and the comfortable 1469 bracelet style.

Functionally, this is quite an interesting version of the Speedy reduced. It comes with a triple calendar, consisting of a pointer date, and separate day and month windows, housed in the minute-counter sub-dial. The nine o’clock sub-dial does not only feature a running seconds hand, but also a 24-hour hand. Latly, we find the chronograph’s hour counter at six o’clock.

If you love the Omega Speedmaster, but you baulk at the 42mm size of the Professional, this might just be perfect for you!