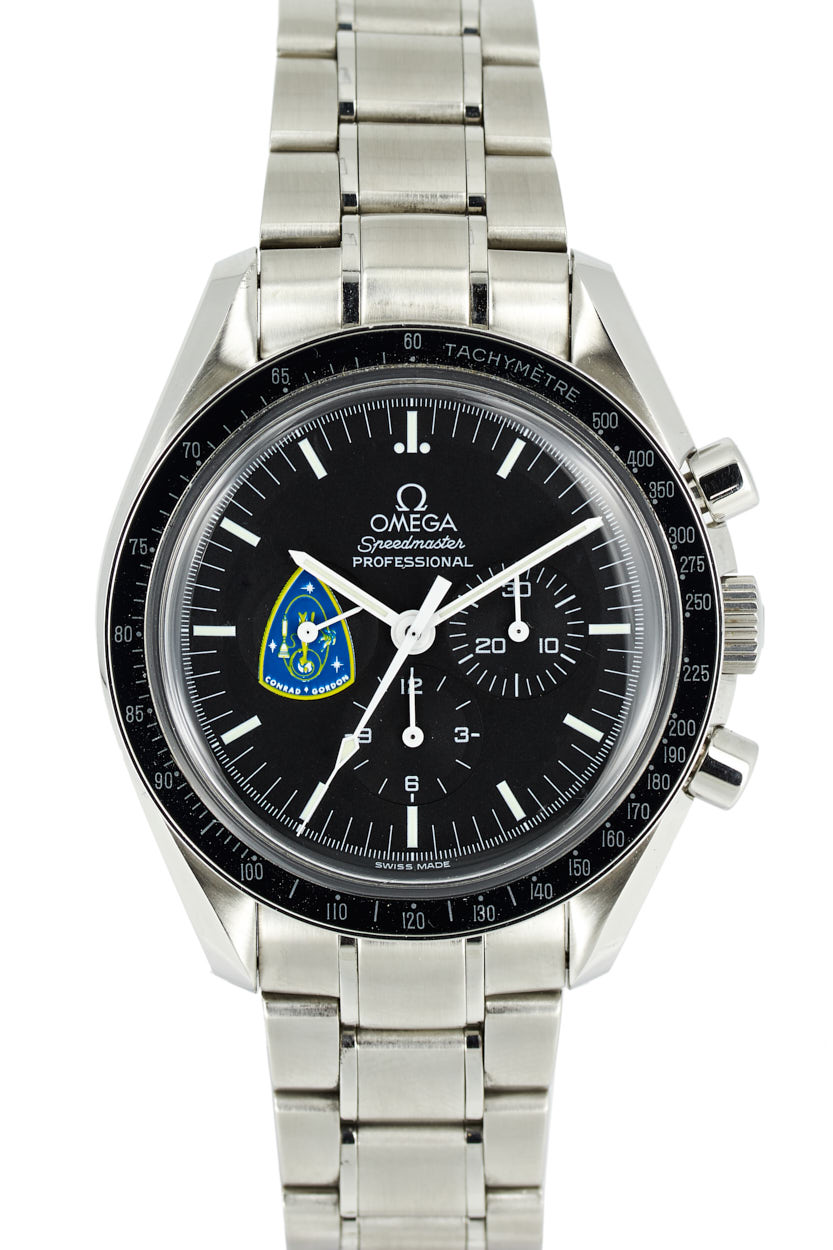 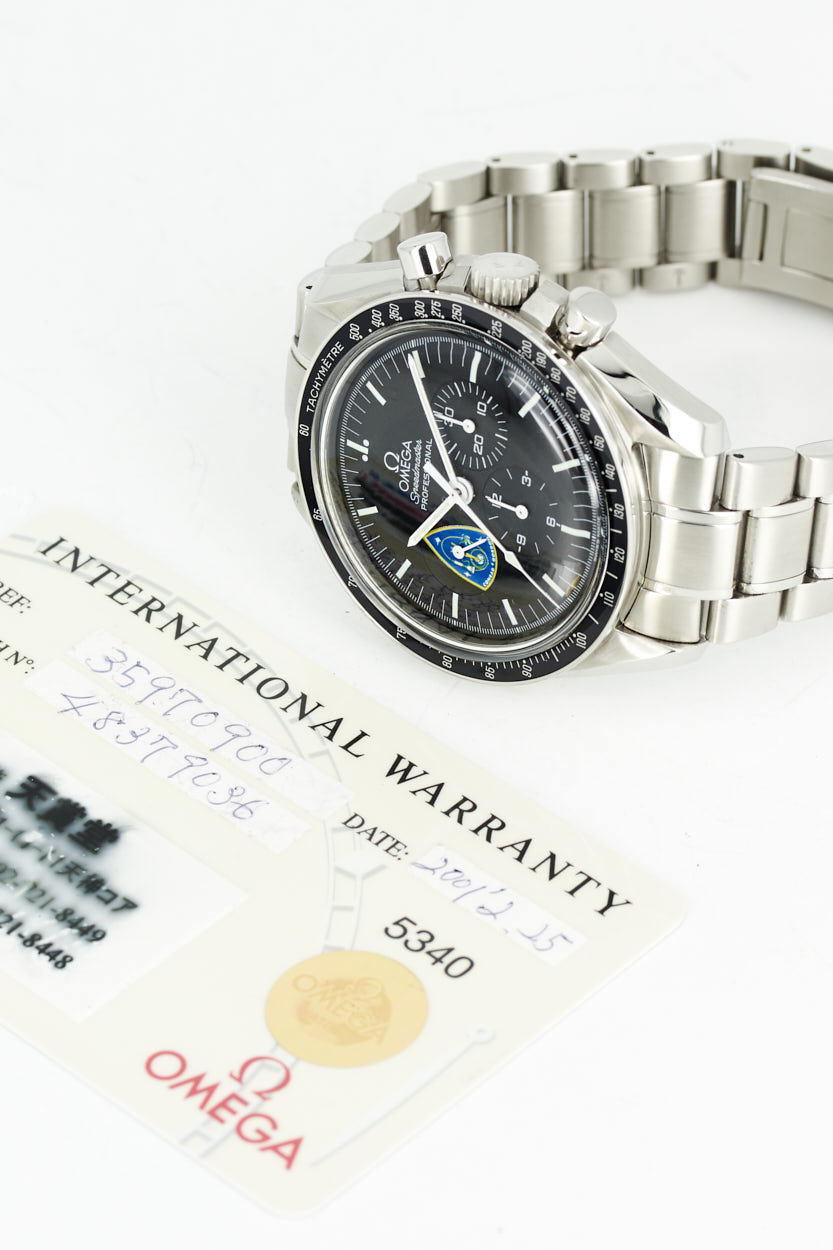 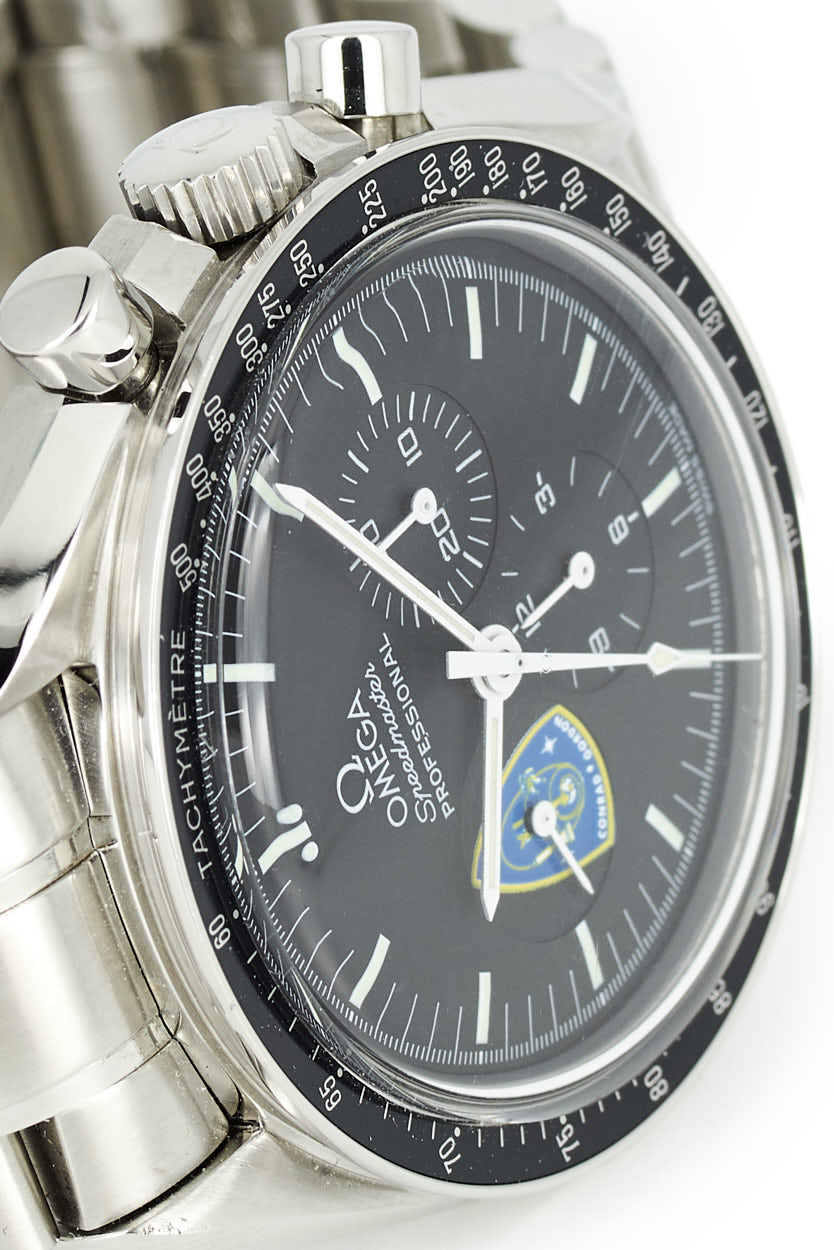 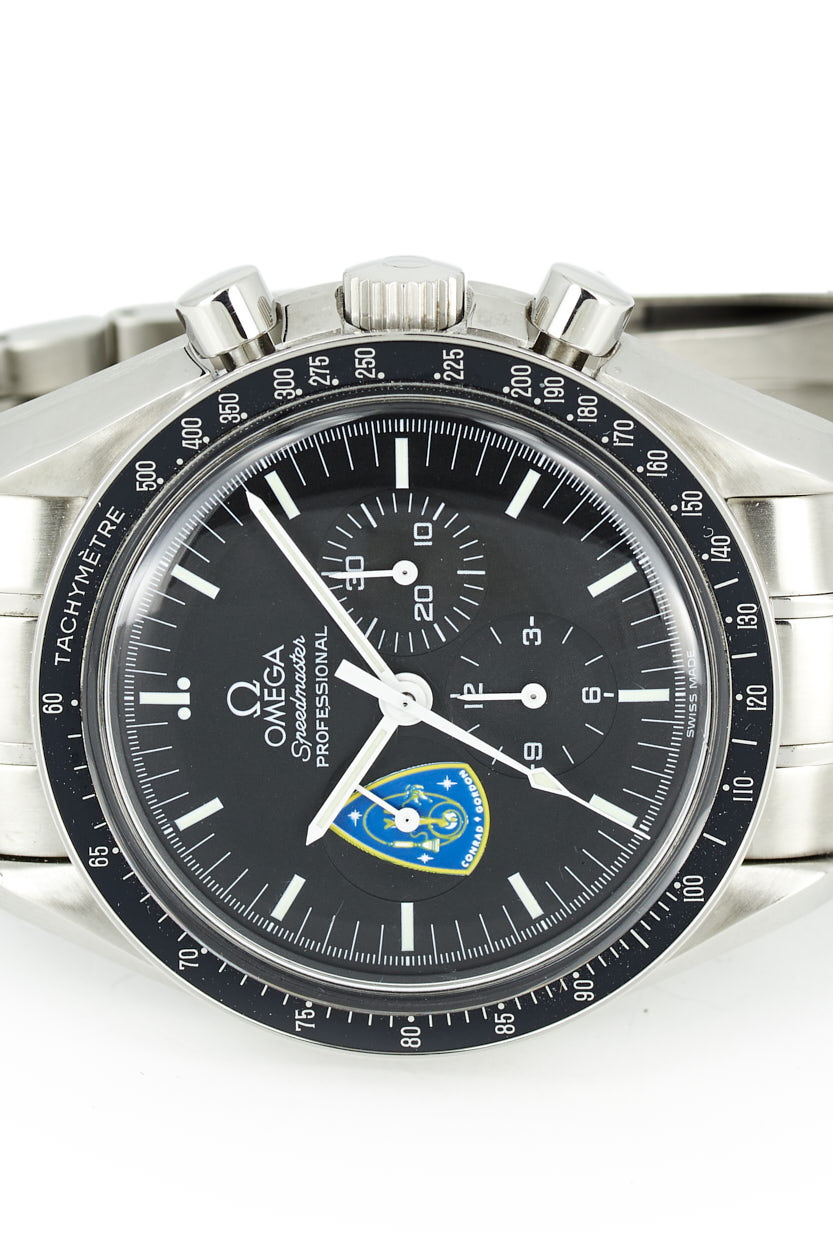 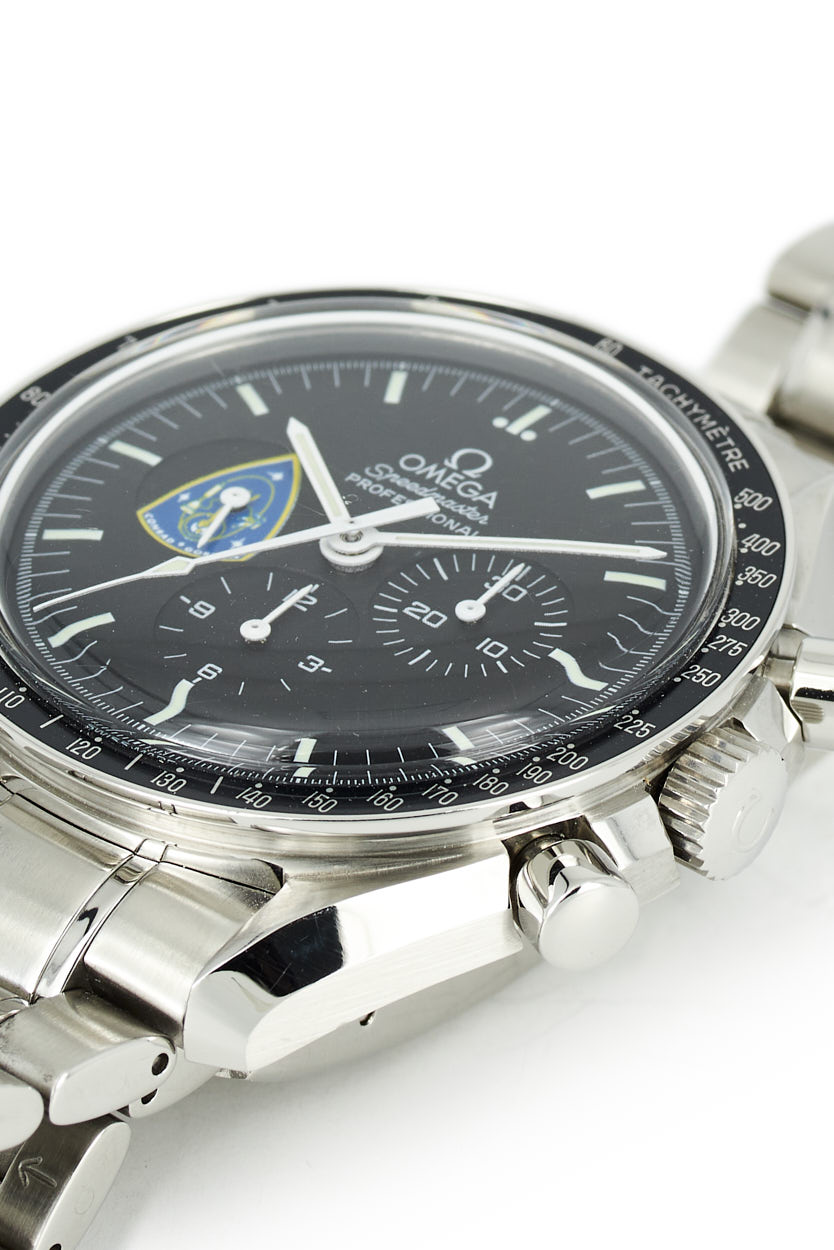 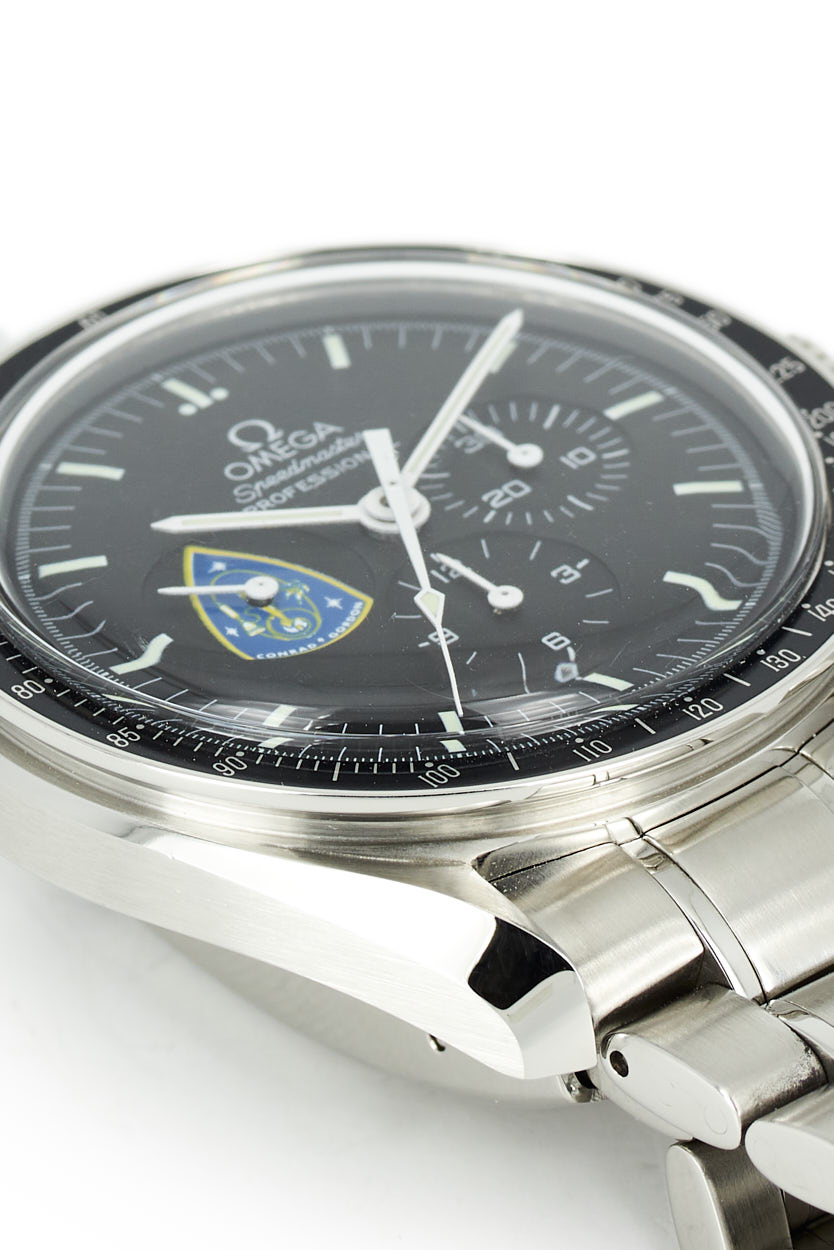 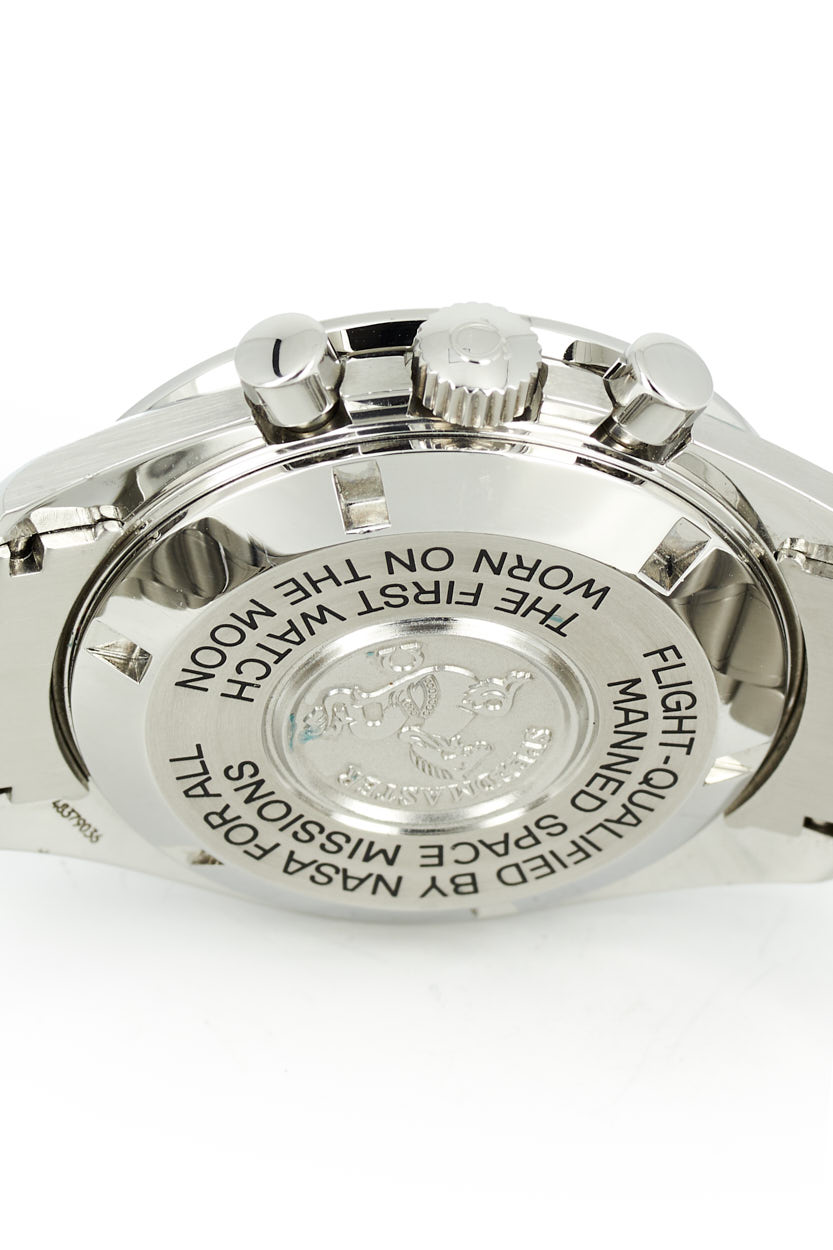 In 1997, the Speedmaster celebrated its 40th birthday. To mark the occasion, Omega released a case, made of spacesuit material, filled with 23 Speedmaster Professionals. One for each Gemini, Apollo and Skylab mission plus a replica of the first CK2915. 40 Such cases were sold to the public and 10 were “not for sale”. Each watch featured a seal on the nine o’clock sub-dial with a unique icon for each mission.

Some of these collector cases have been broken up over the years, selling individual pieces numbered x/40. But Omega also launched a small batch of unnumbered watches of each model. An estimated quantity of 100-150 pieces was released of each mission edition. On offer here is one of those 100-150 pieces of the Gemini XI model from 1998. You want it rare? You can have it rare!