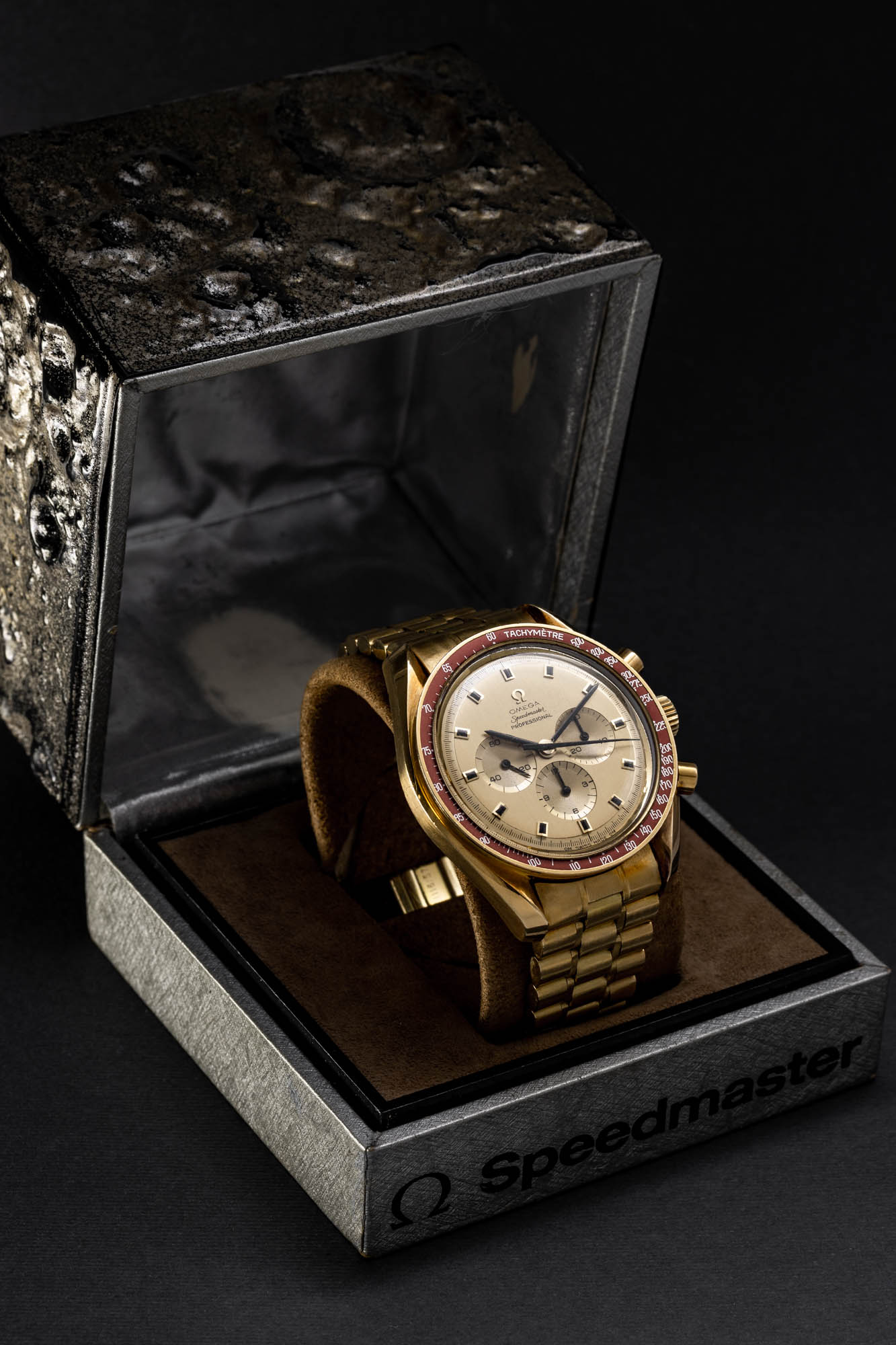 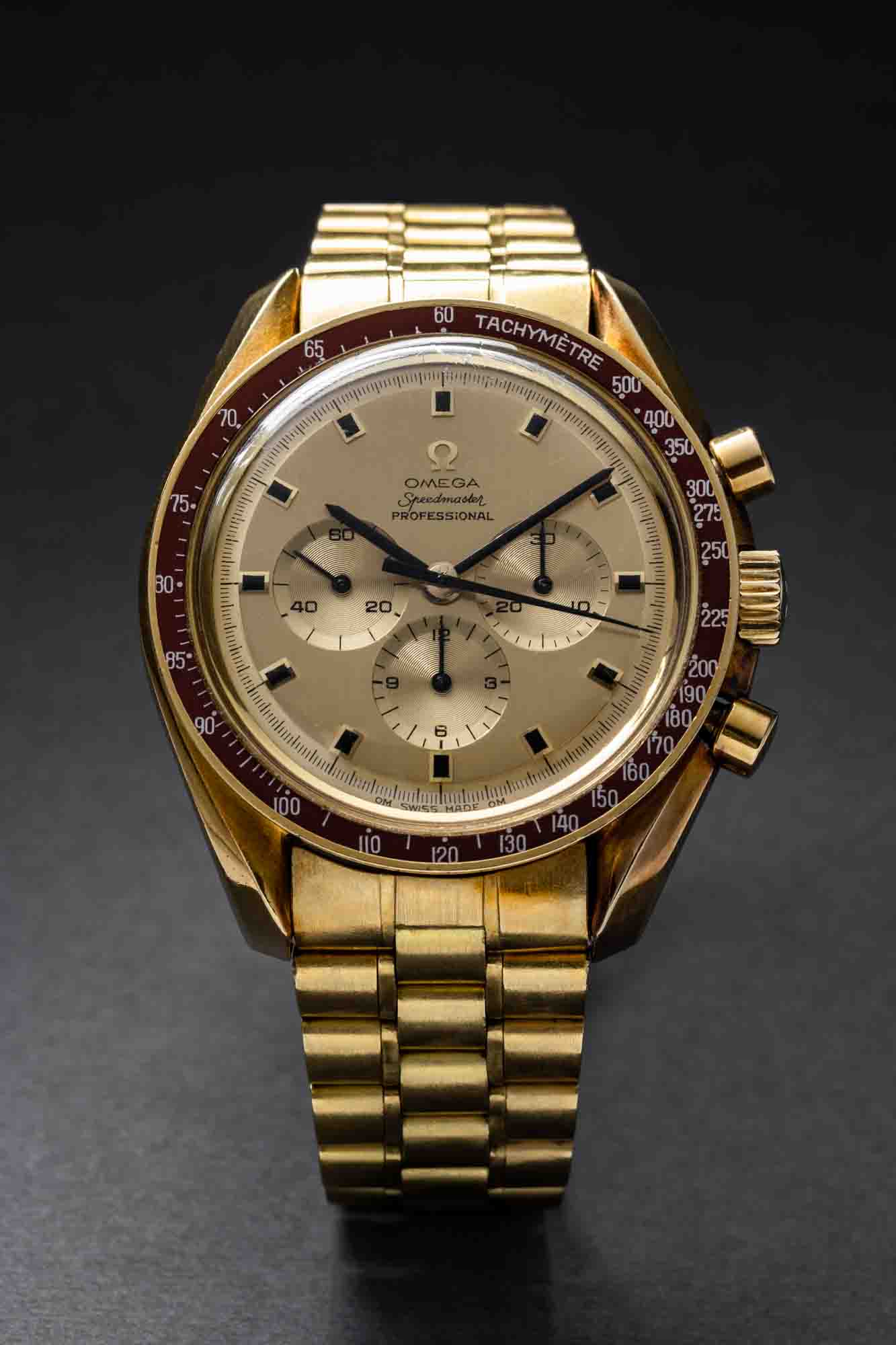 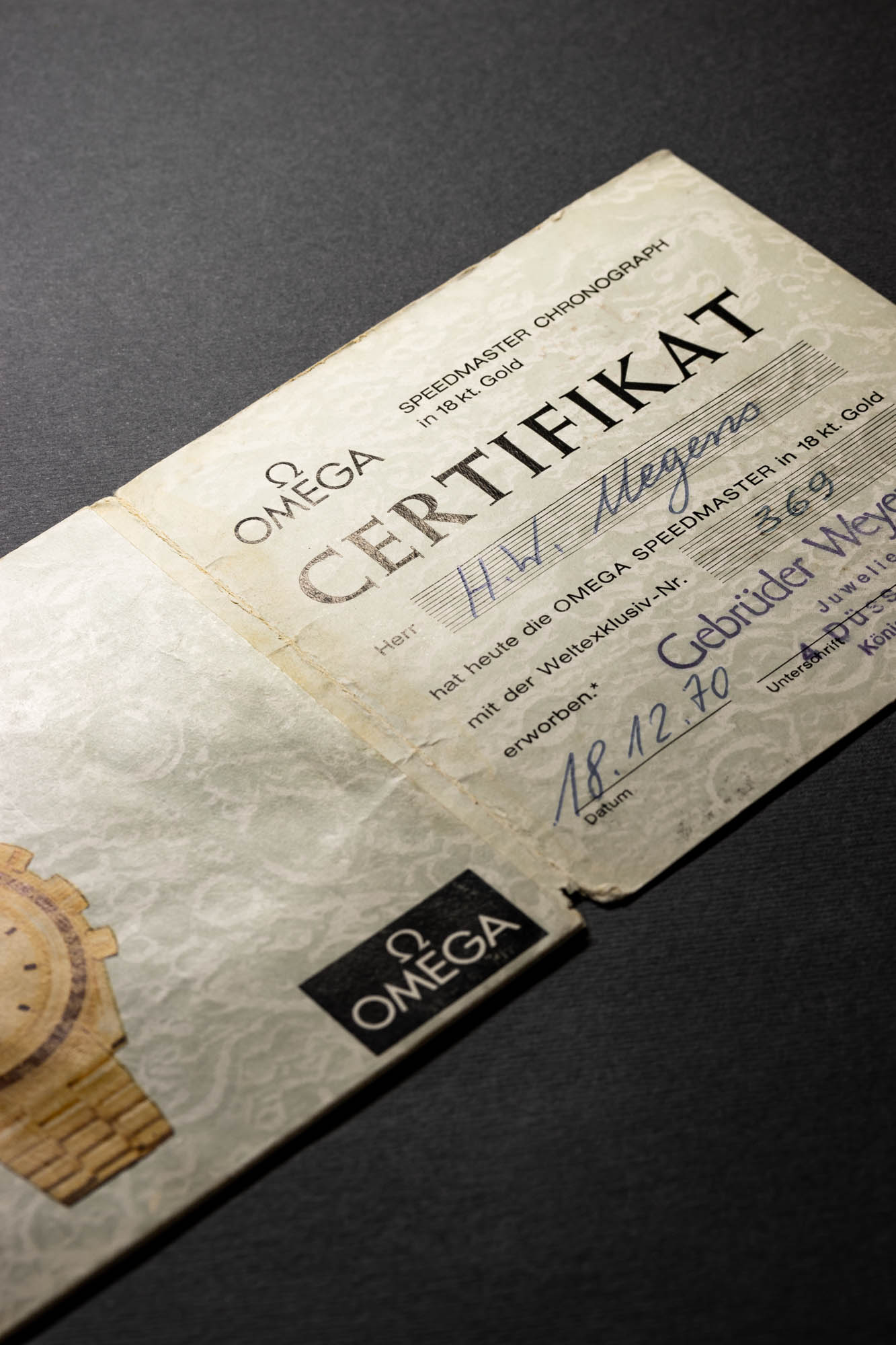 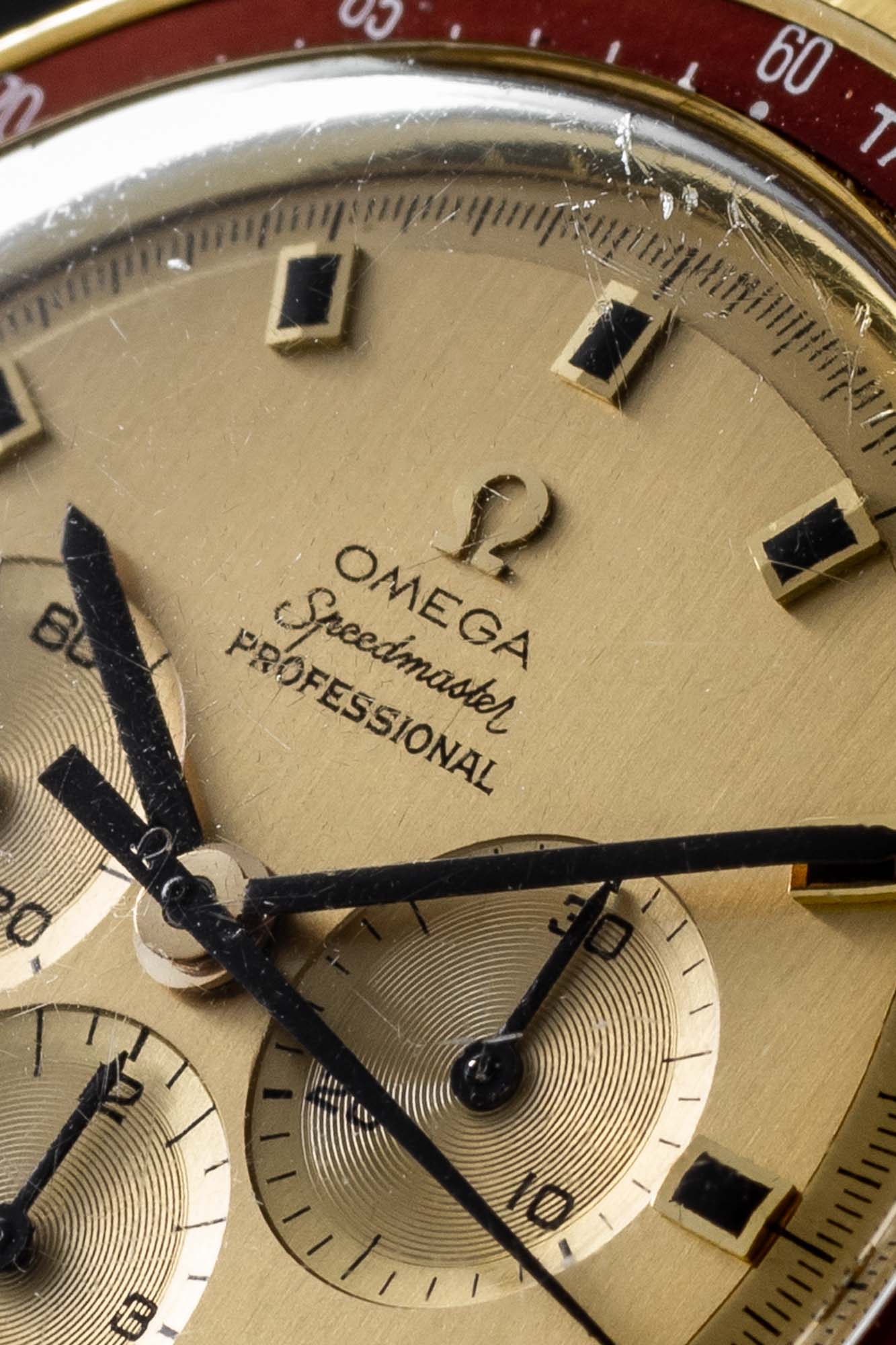 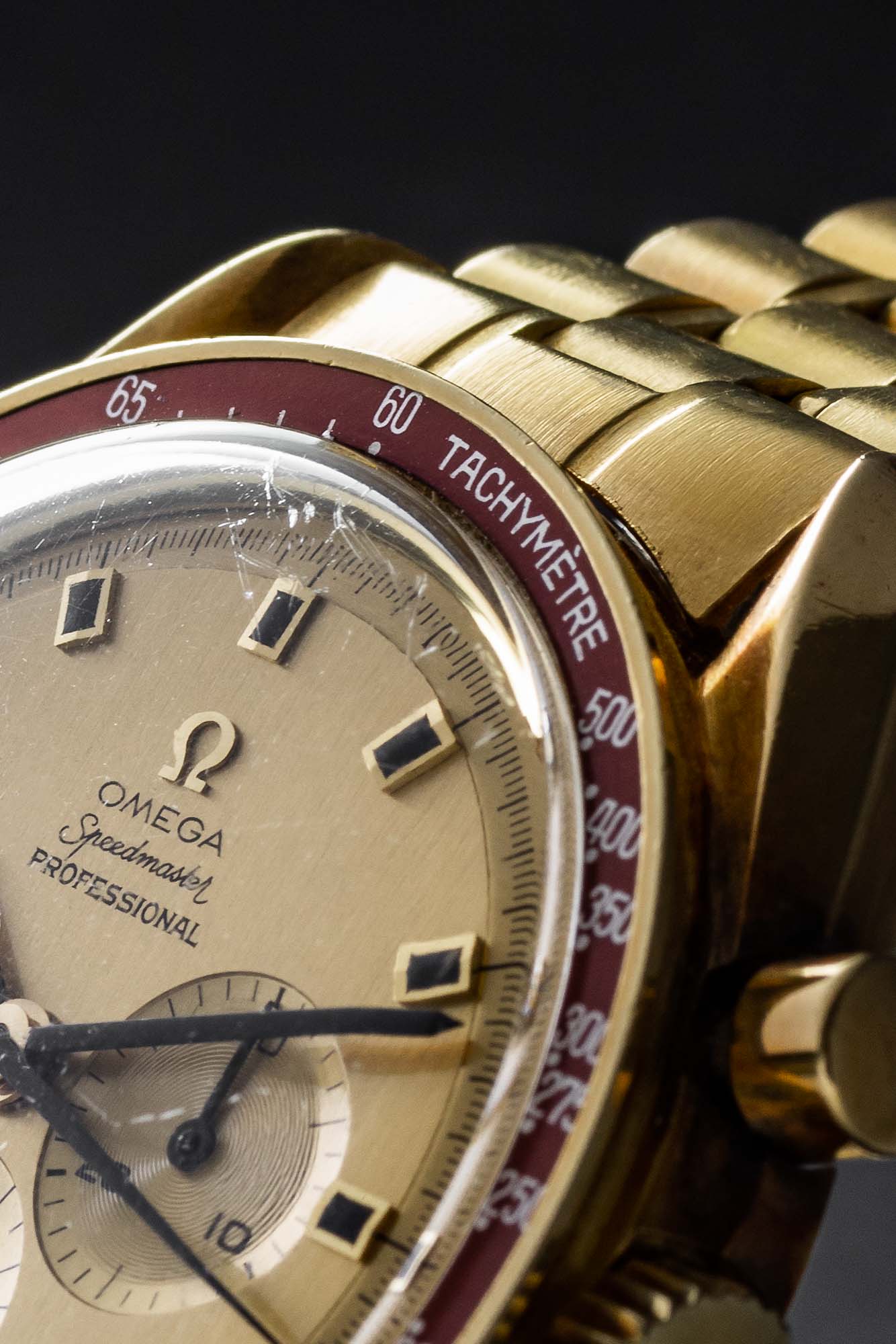 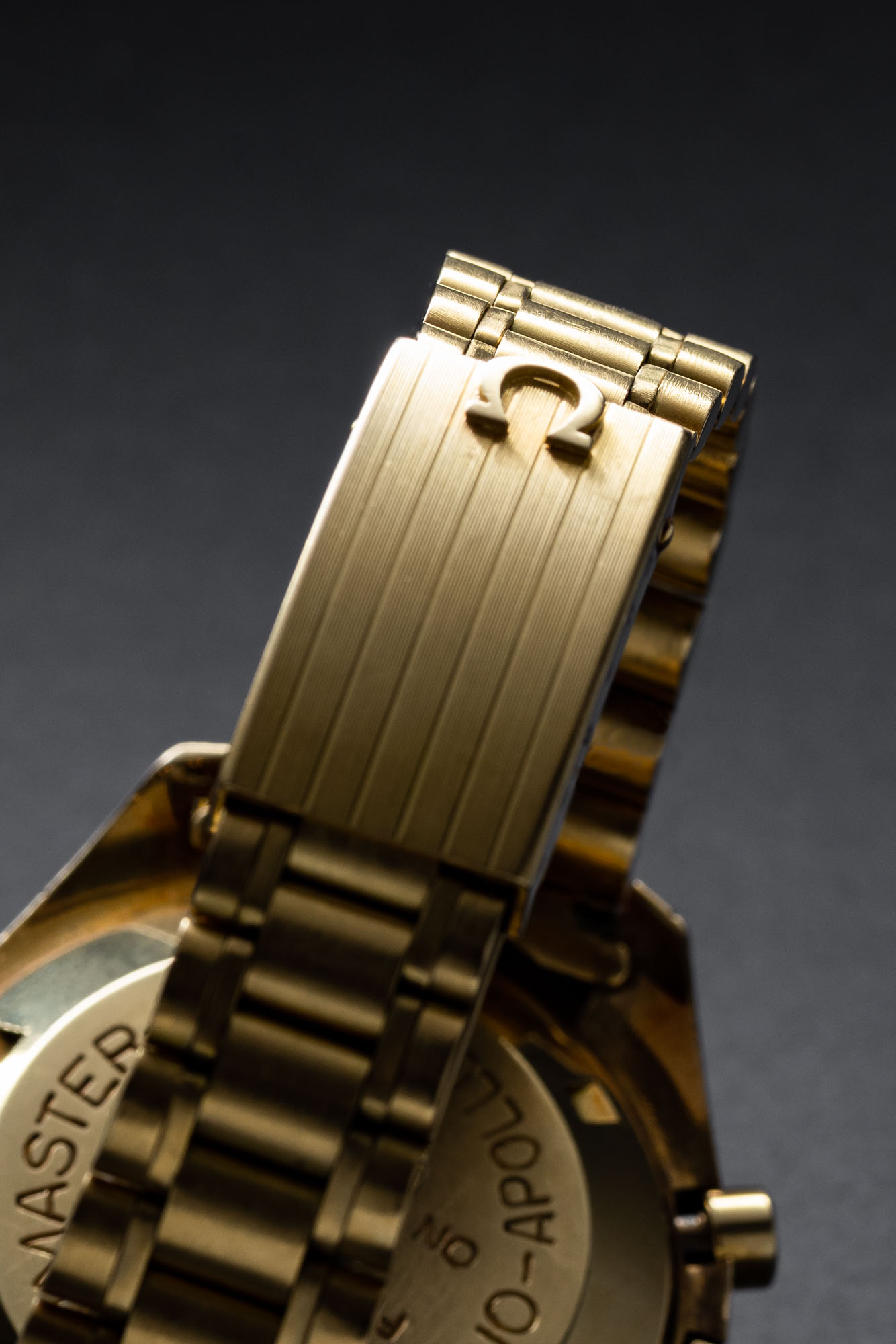 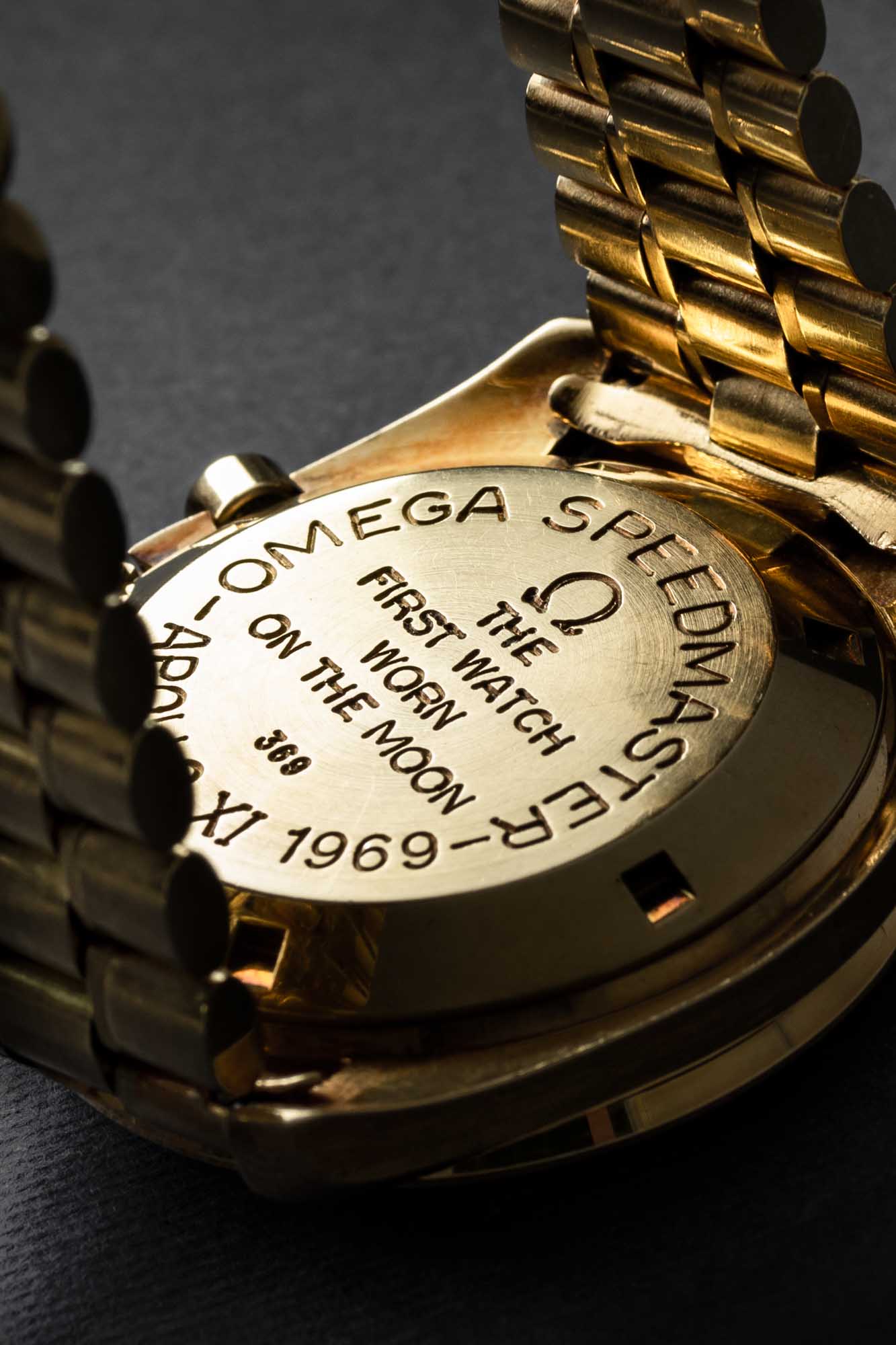 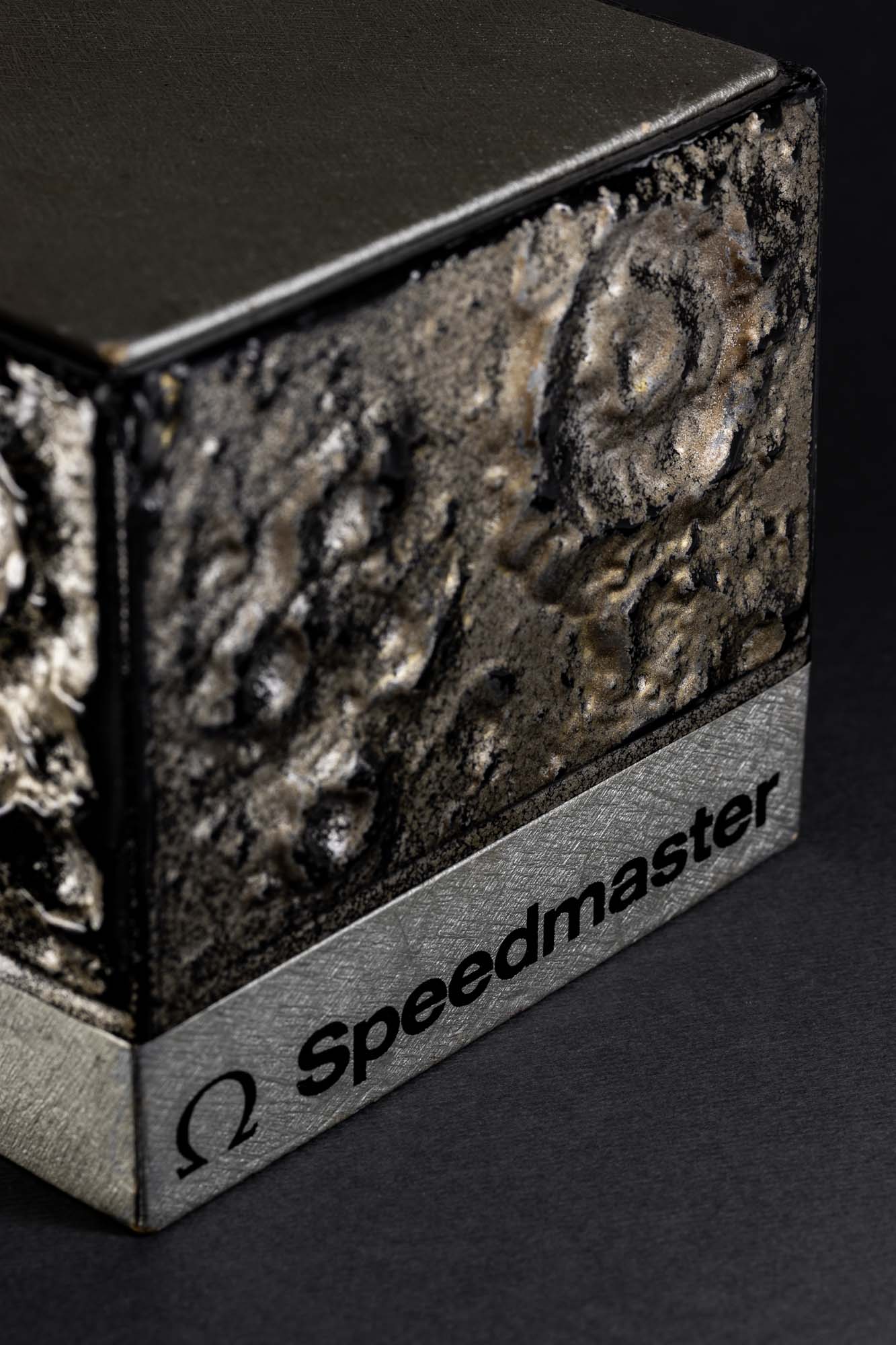 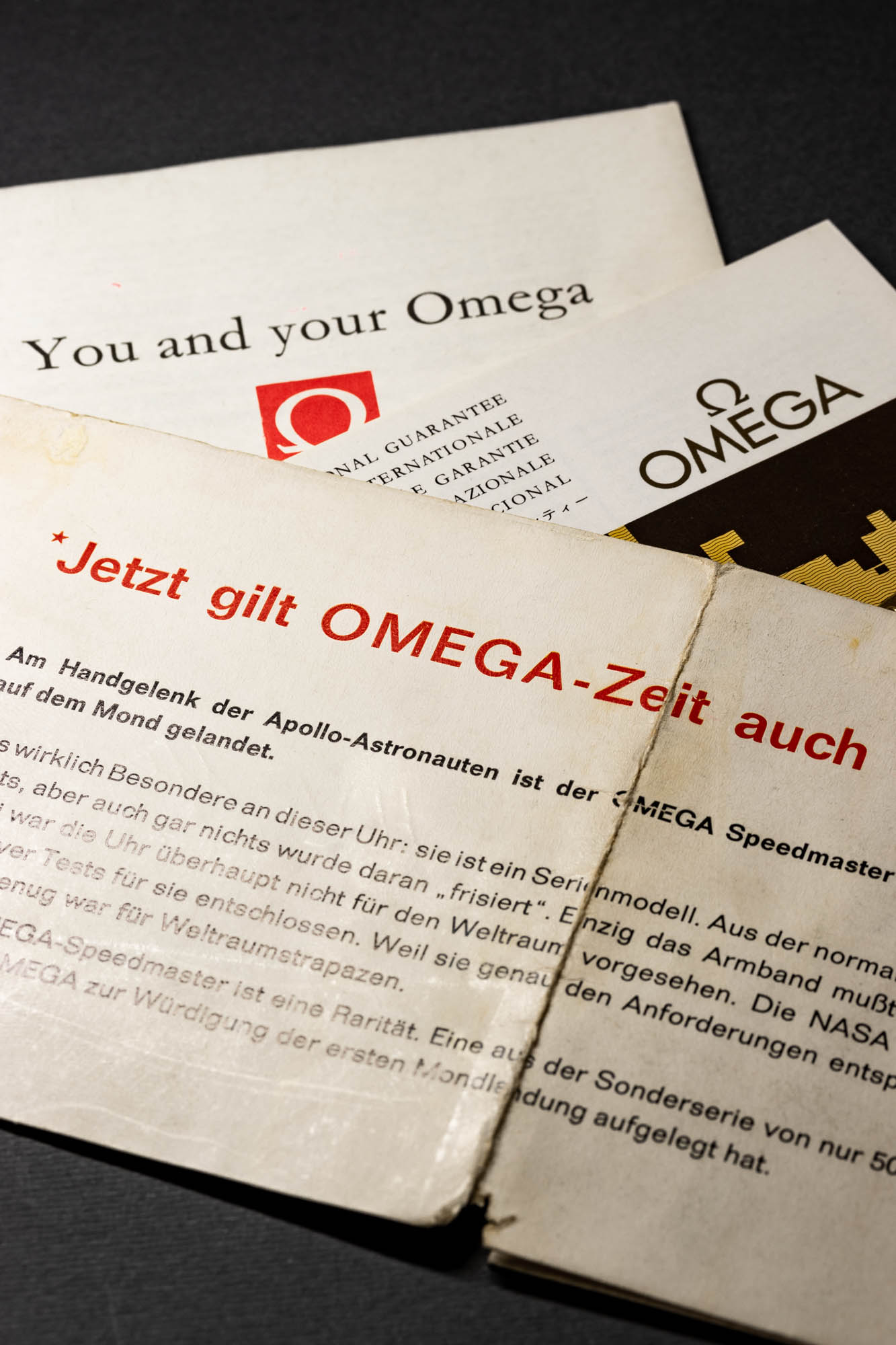 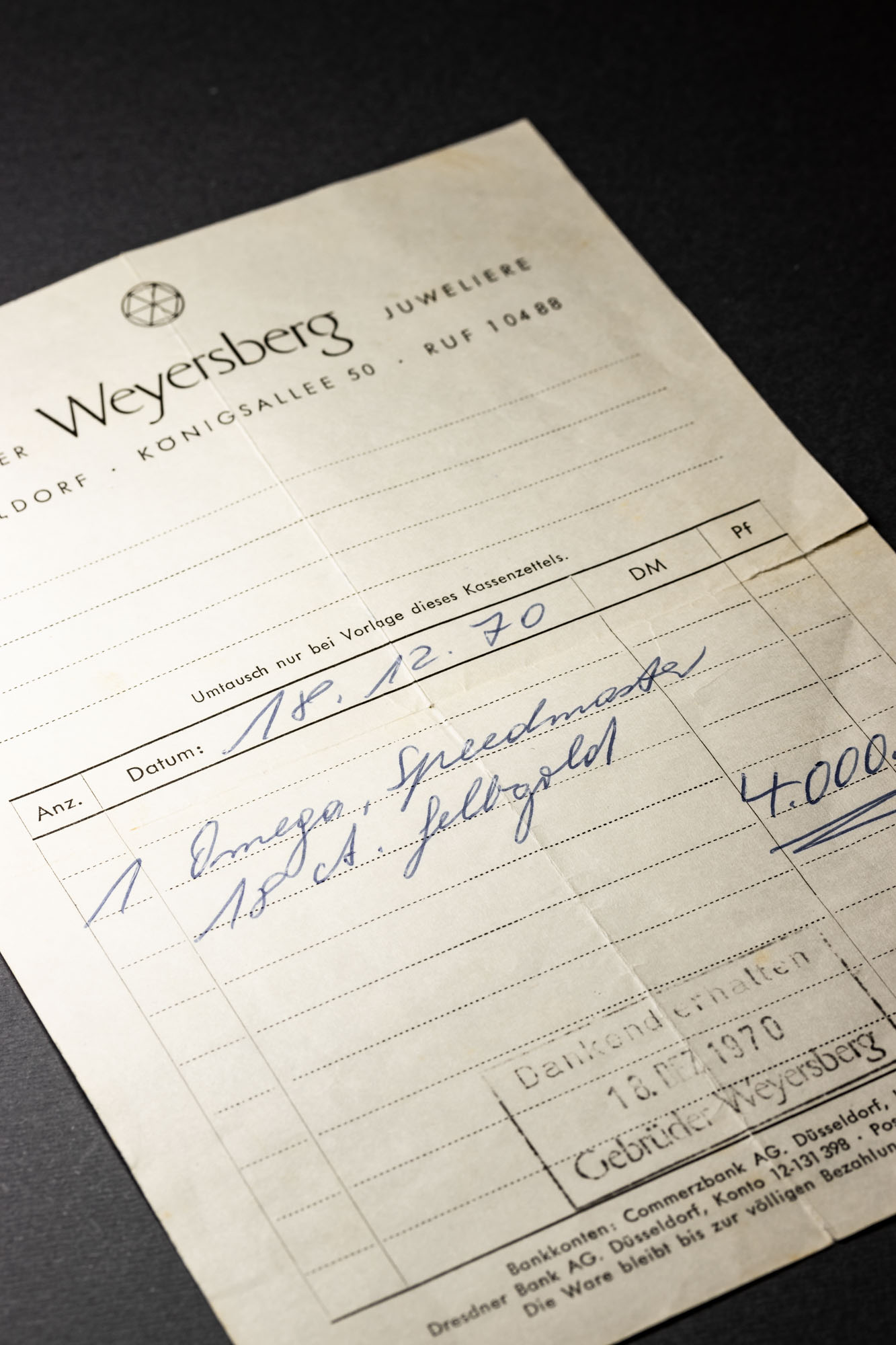 November 25th, 1969, Houston, Astronaut appreciation dinner, Omega presented in honor of the Apollo 11 mission a solid gold Speedmaster. The astronauts who attended received one and 3 were awarded posthumously to the crew of Apollo 1. The case back had a special inscription: ‘ To mark man’s conquest of space with time, through time, on time. Each had its own individual number and number inscribed. It was a series of 1014 pieces, numbers 33 to 1000 was put for public sale in 1969. They had a different engraving: ‘Omega Speedmaster. ApolloXI 1969. The first watch worn on the moon.’

And now back to the watch we are very proud to present you, the real deal from 1970, number 369 from 1014 watches, sold in Germany, to a Dutchman. This information we know for sure because of the original papers that comes with this watch.

It has a beautiful applied logo and runs on the famous caliber 861. With the round ‘O’, the Swiss made with the letters OM, meaning Omega Massif, because the watch only was delivered on a massif golden bracelet. The burgundy Omega original inlay is still in incredible condition. This is a timepiece with a lot of historical elements and a real story to go with it. Moonshine gold, we like that name for a piece of history that is in mint condition, running smoothly, including an extremely rare original box and papers.