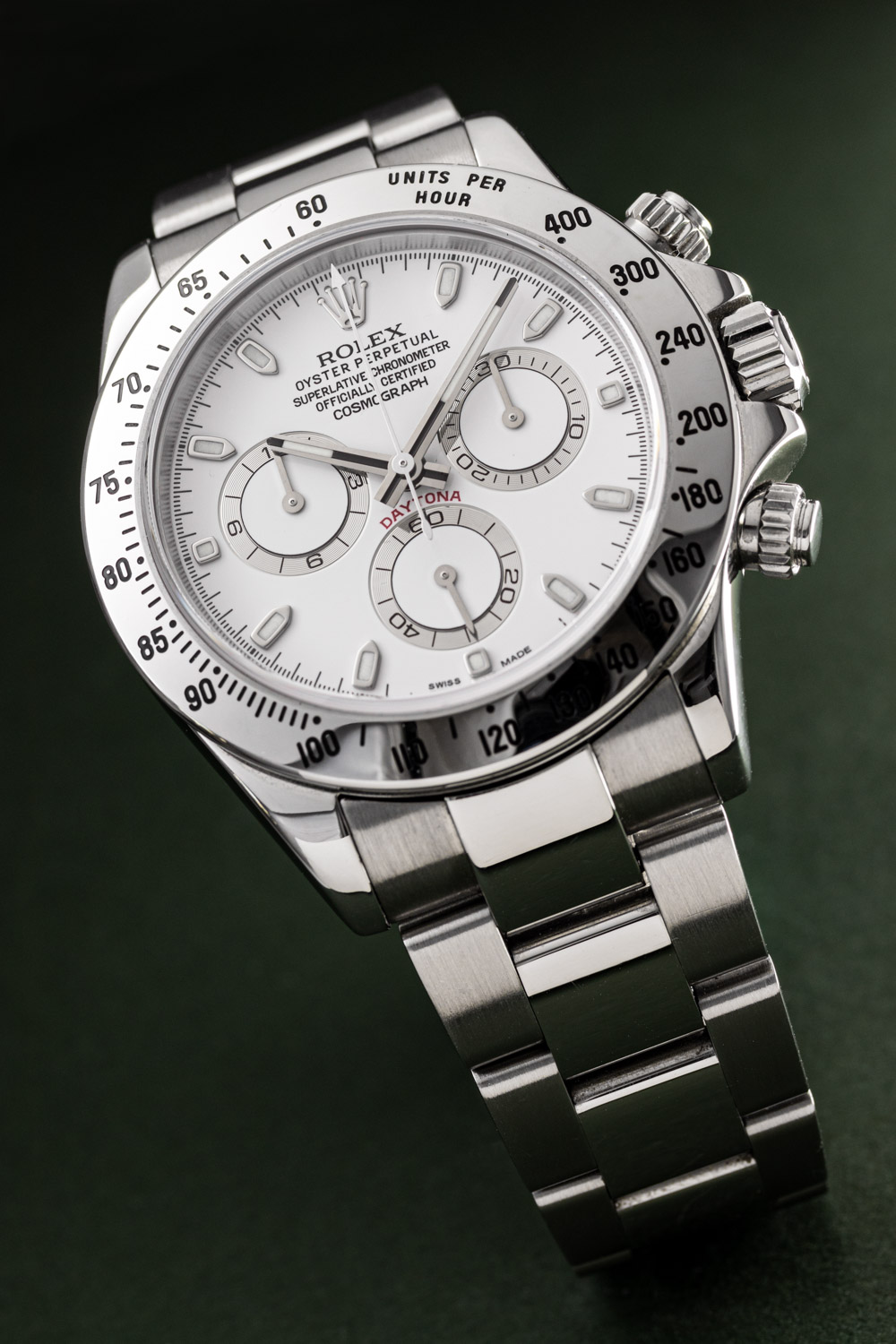 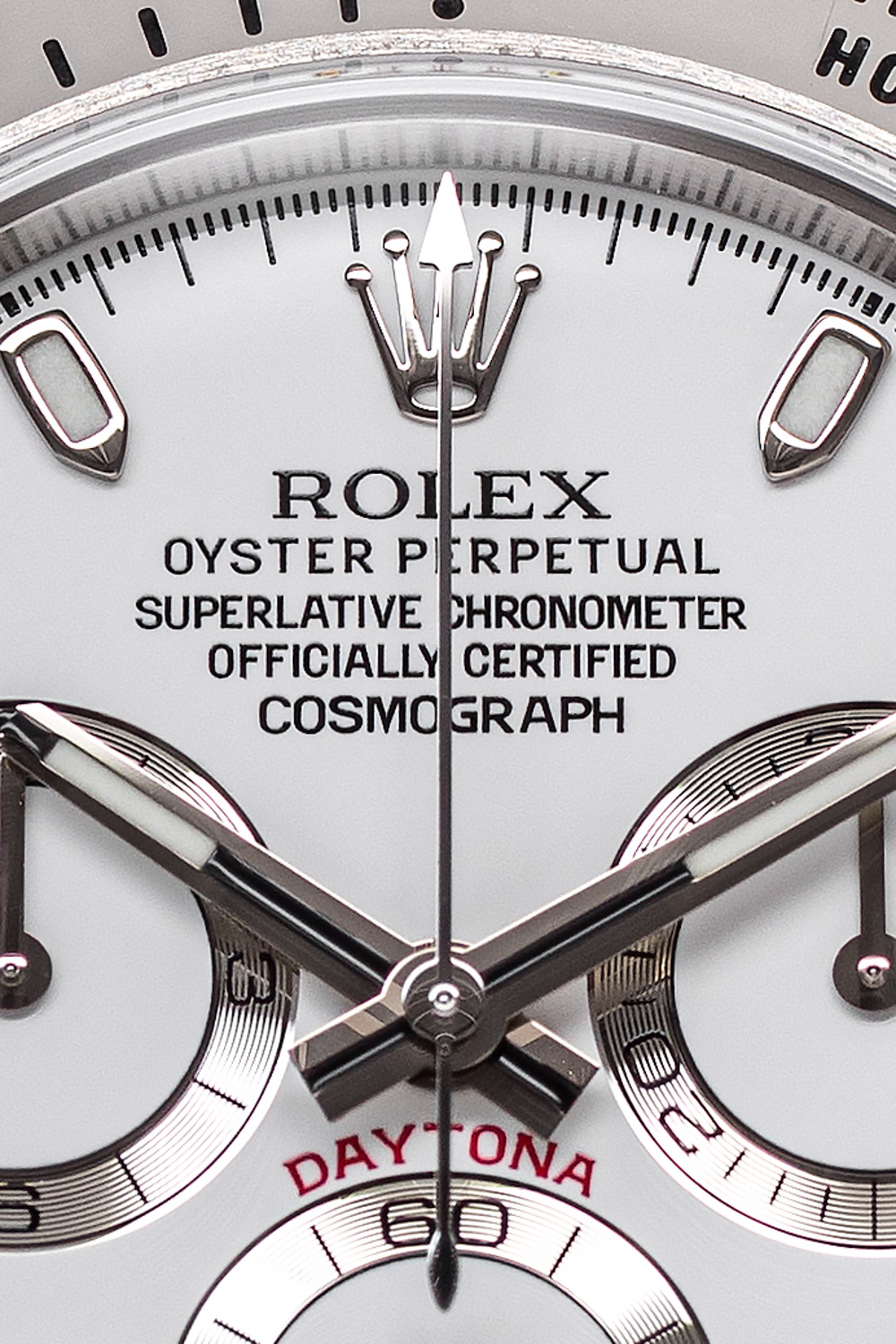 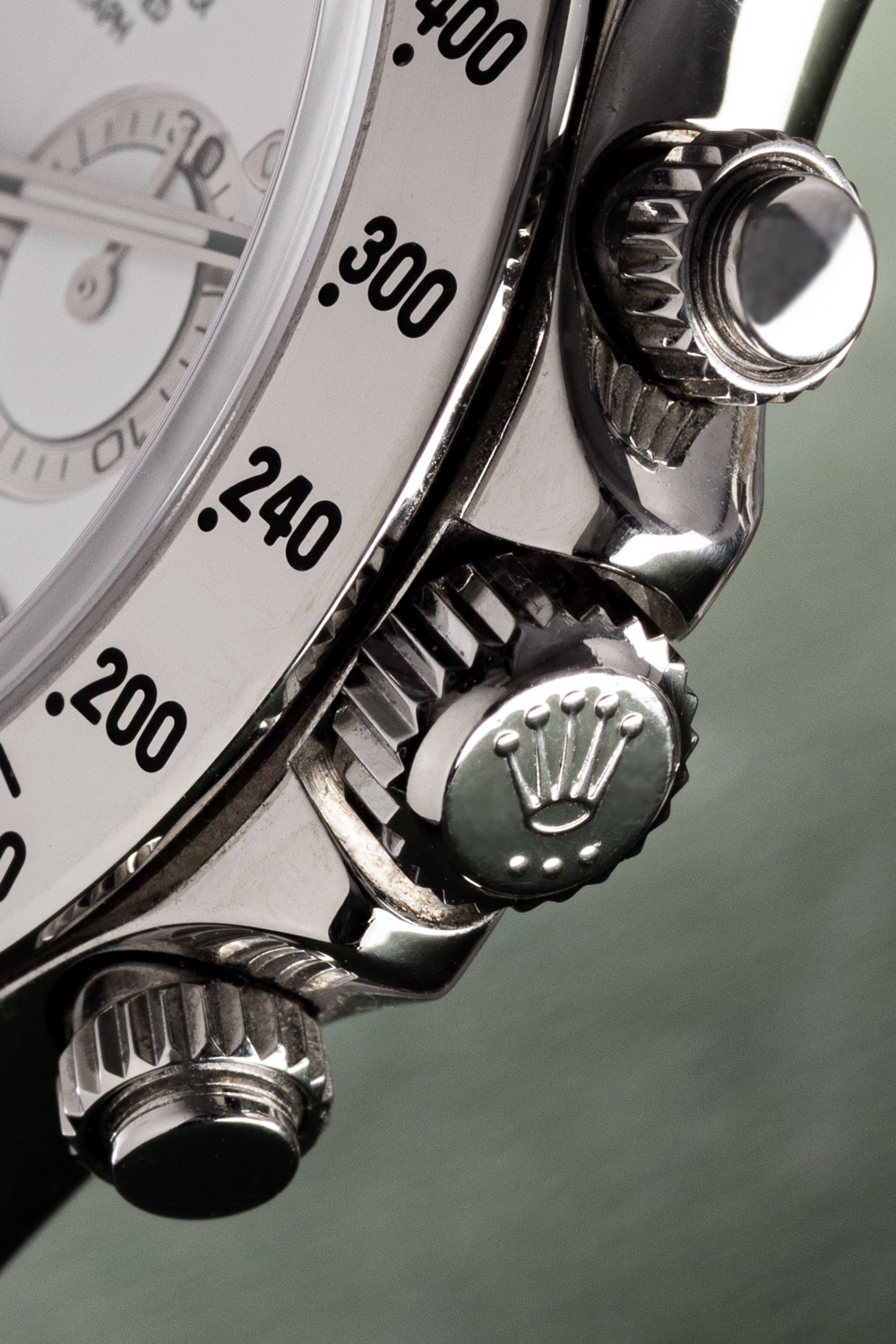 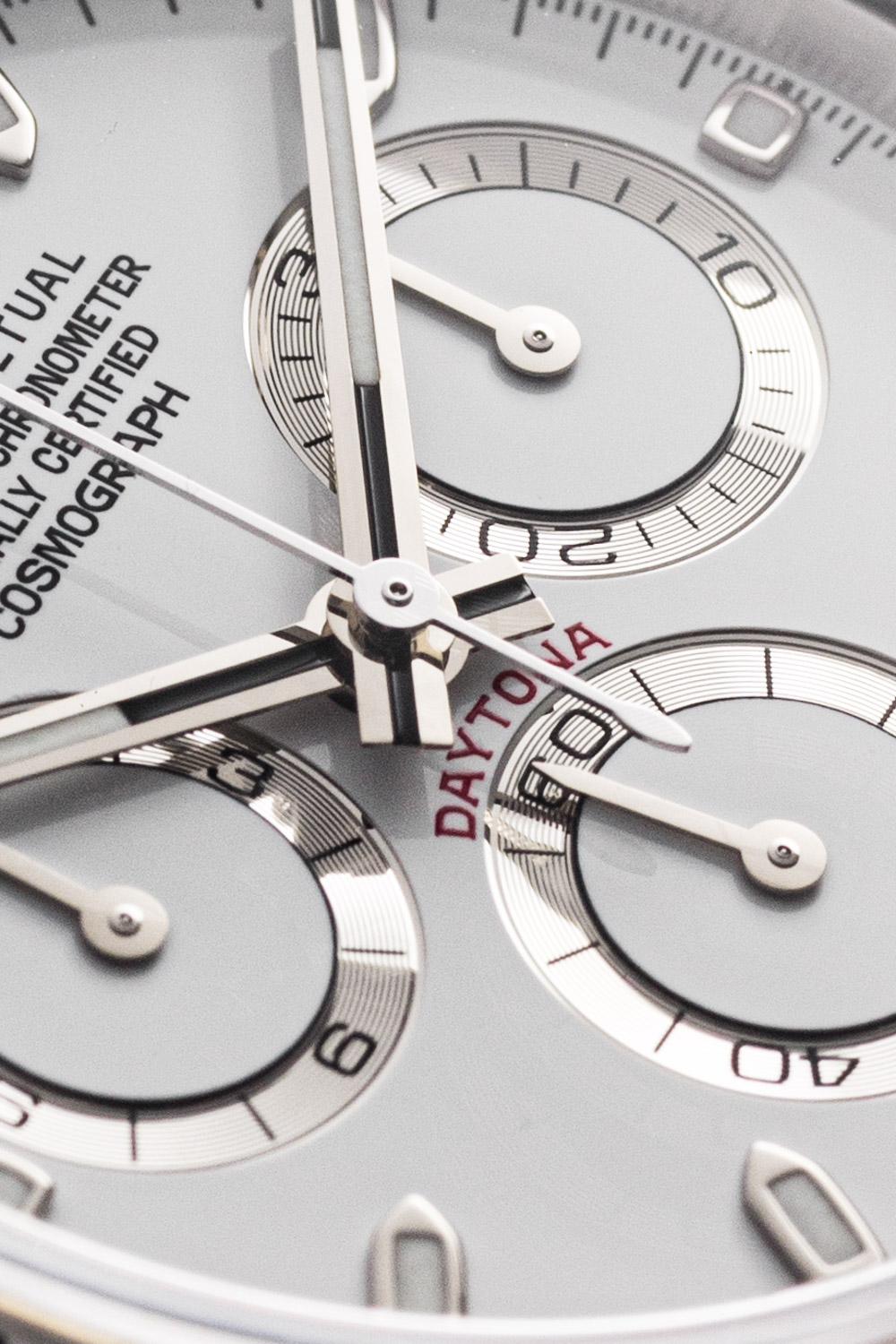 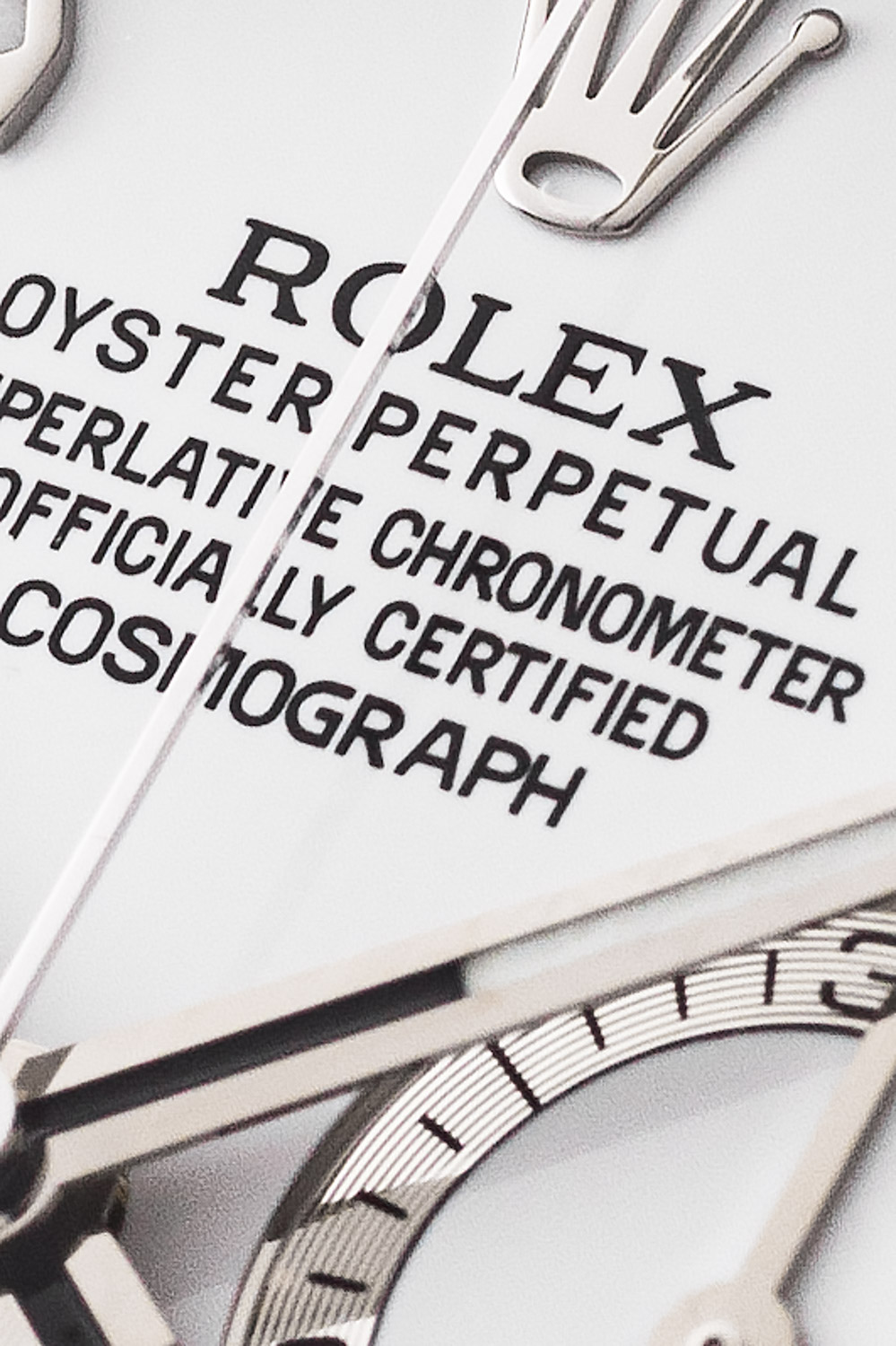 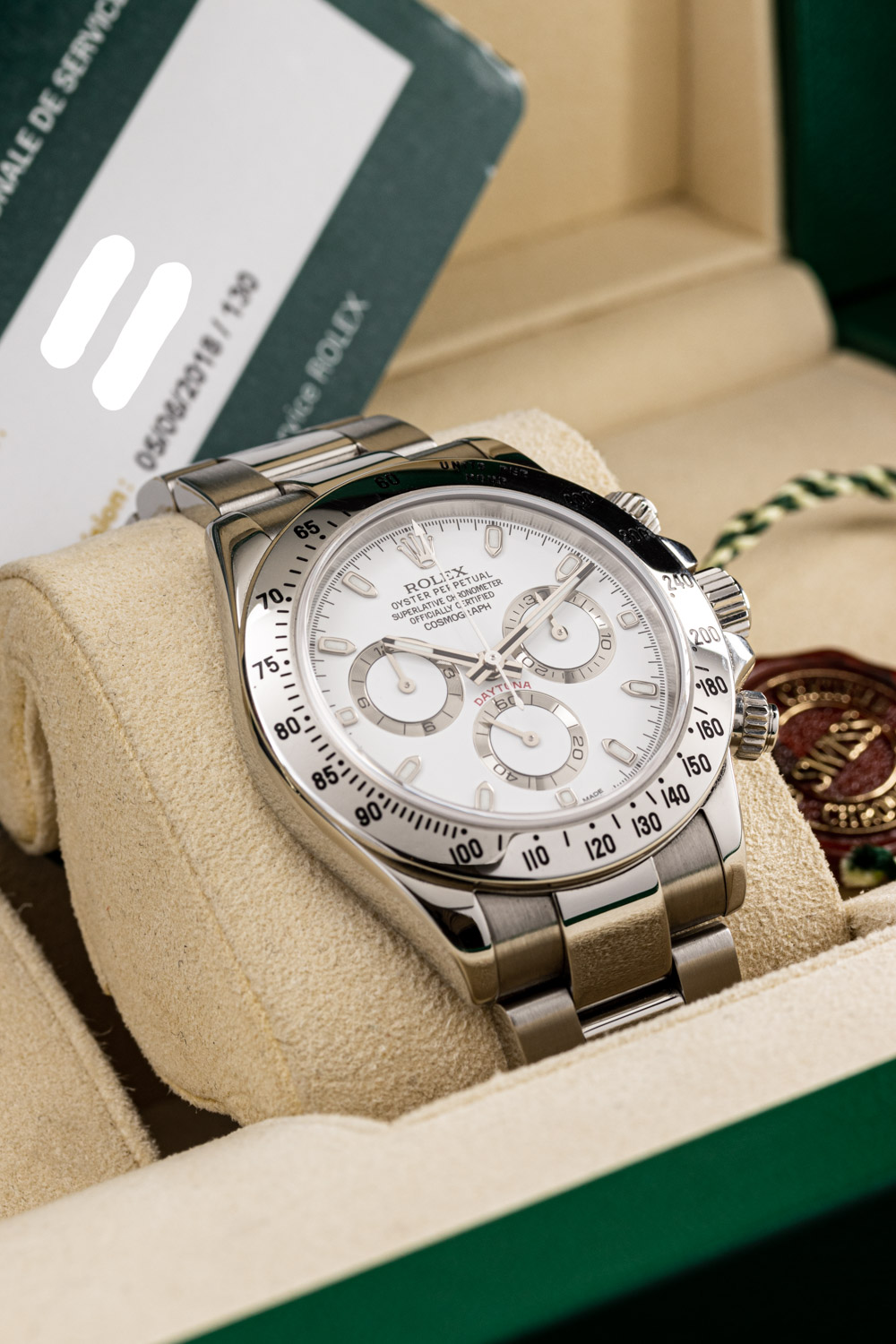 We are happy to bring this highly desirable watch to market. This is the Ref. 116520 Rolex Daytona in white.

It is the first generation of Daytona to feature an in-house Rolex caliber. Previous generations were fitted with Valjoux and Zenith calibers, so this Daytona marks a big step for the brand.

This specimen from 2004 is executed in all steel, and fitted with a sporty white dial. It is a perfect everyday sports watch from the crown, and highly sought-after these days.