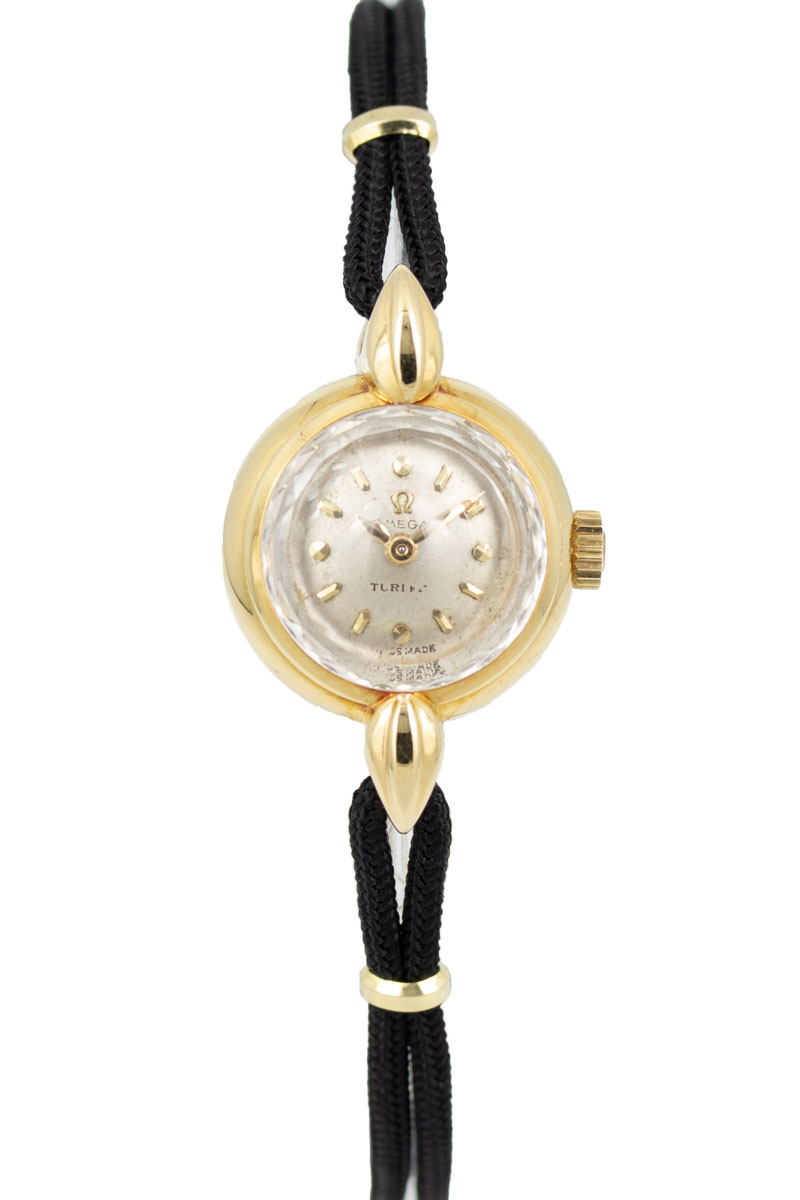 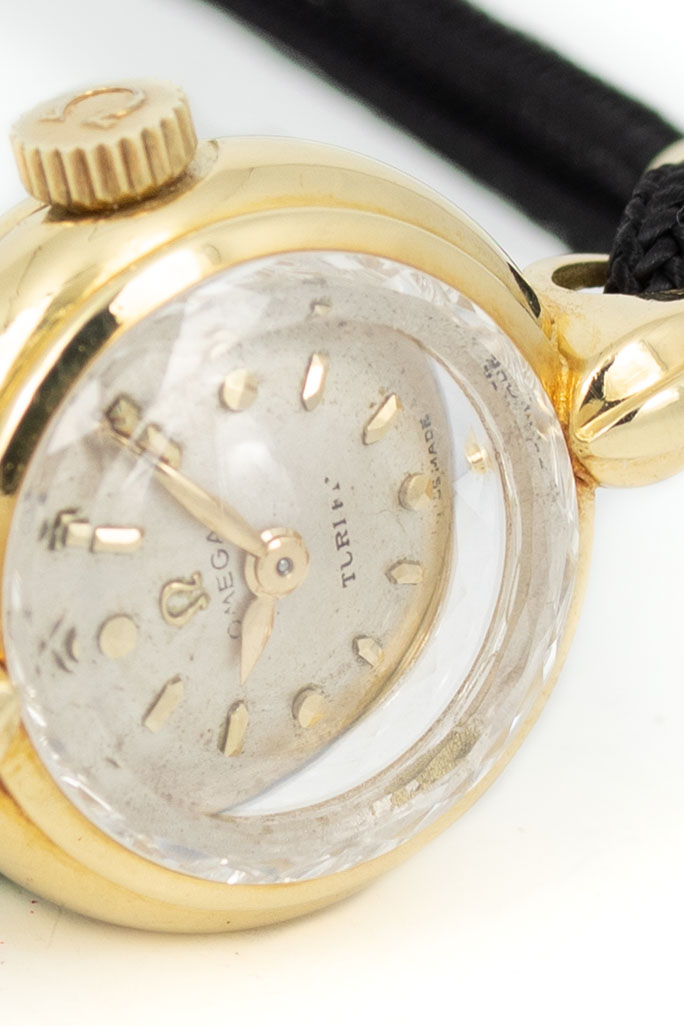 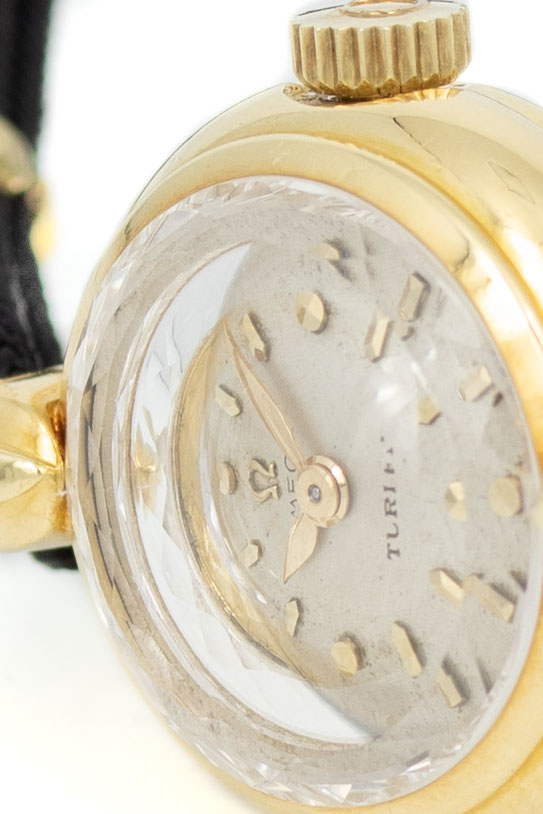 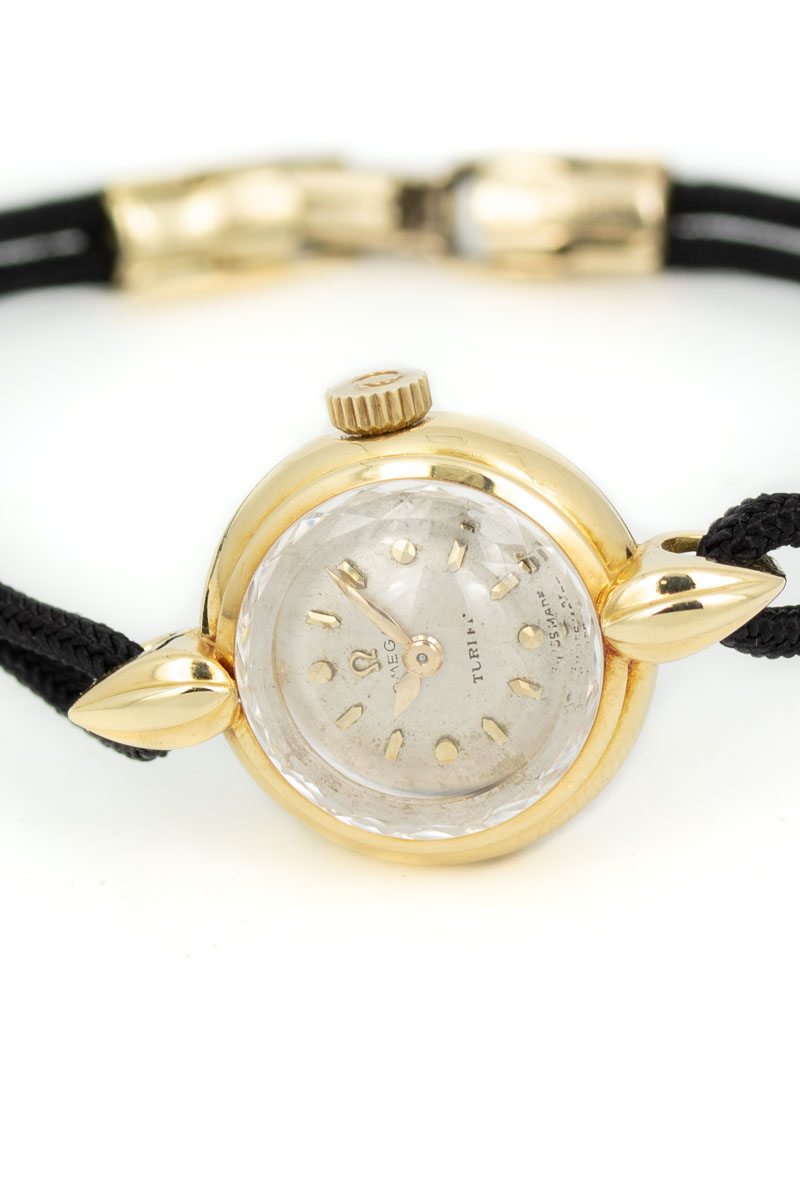 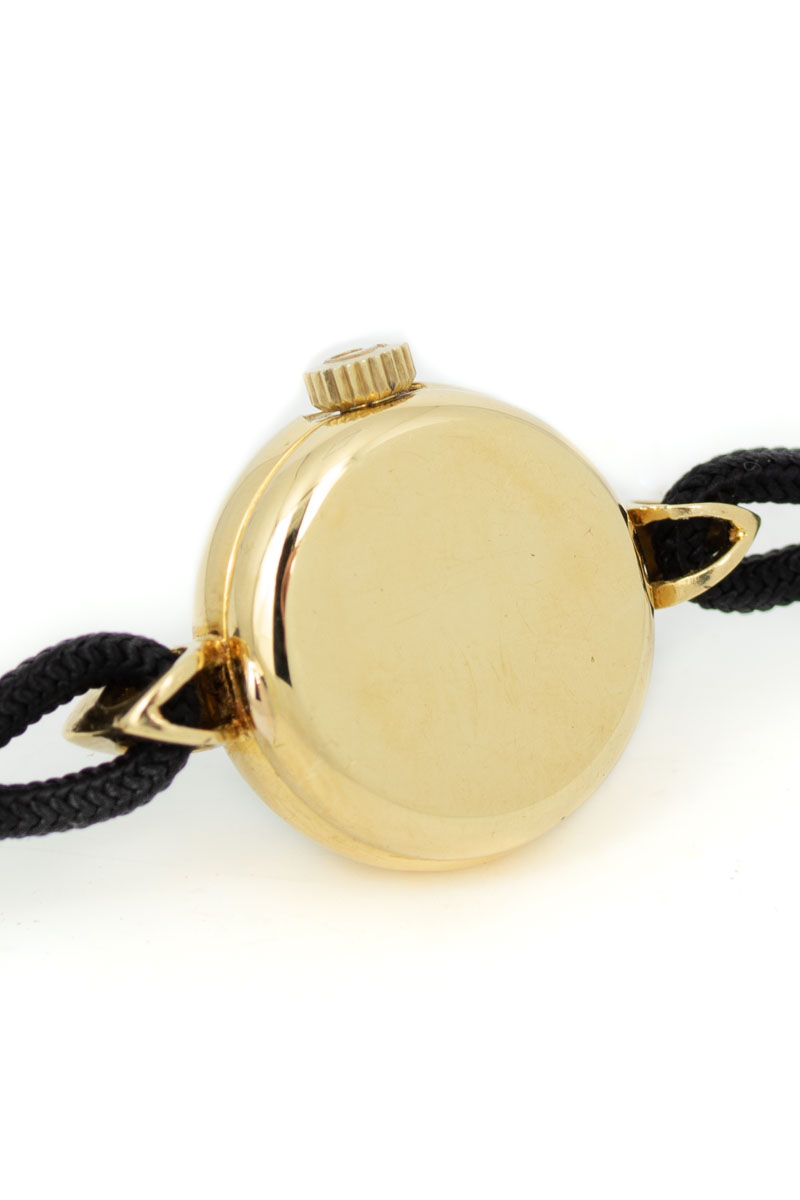 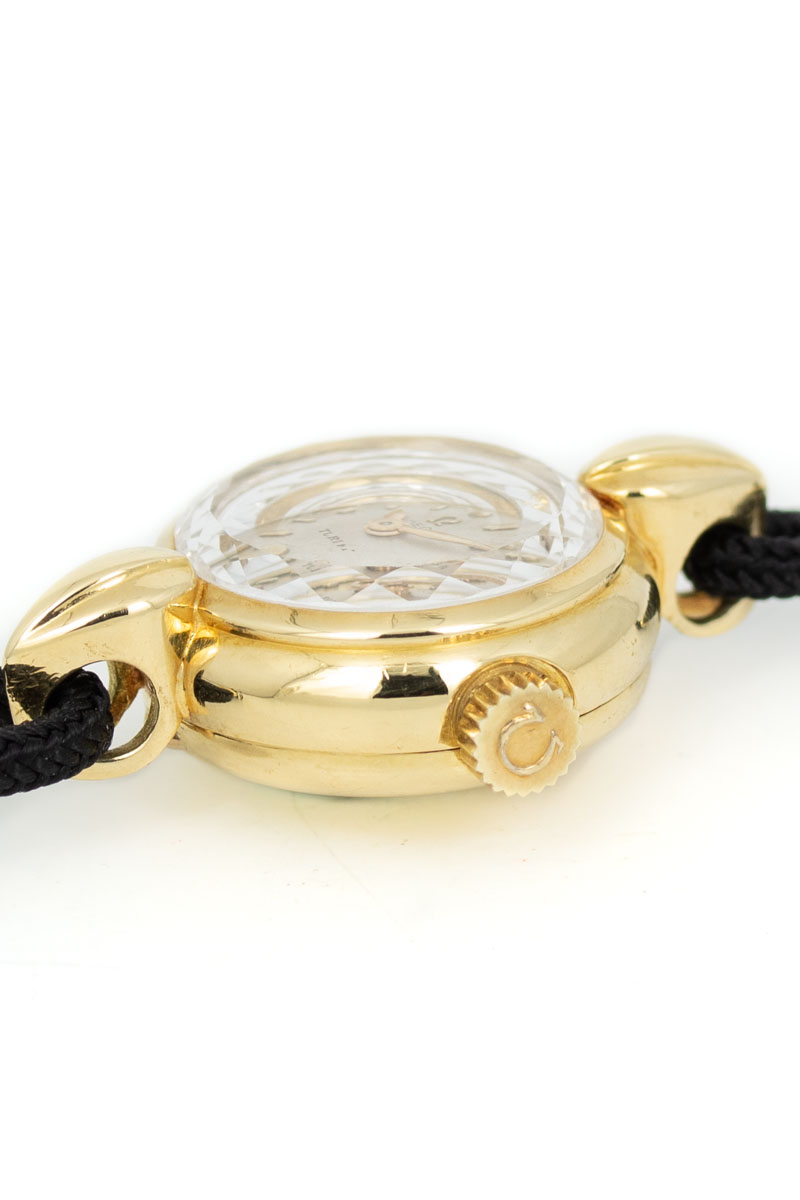 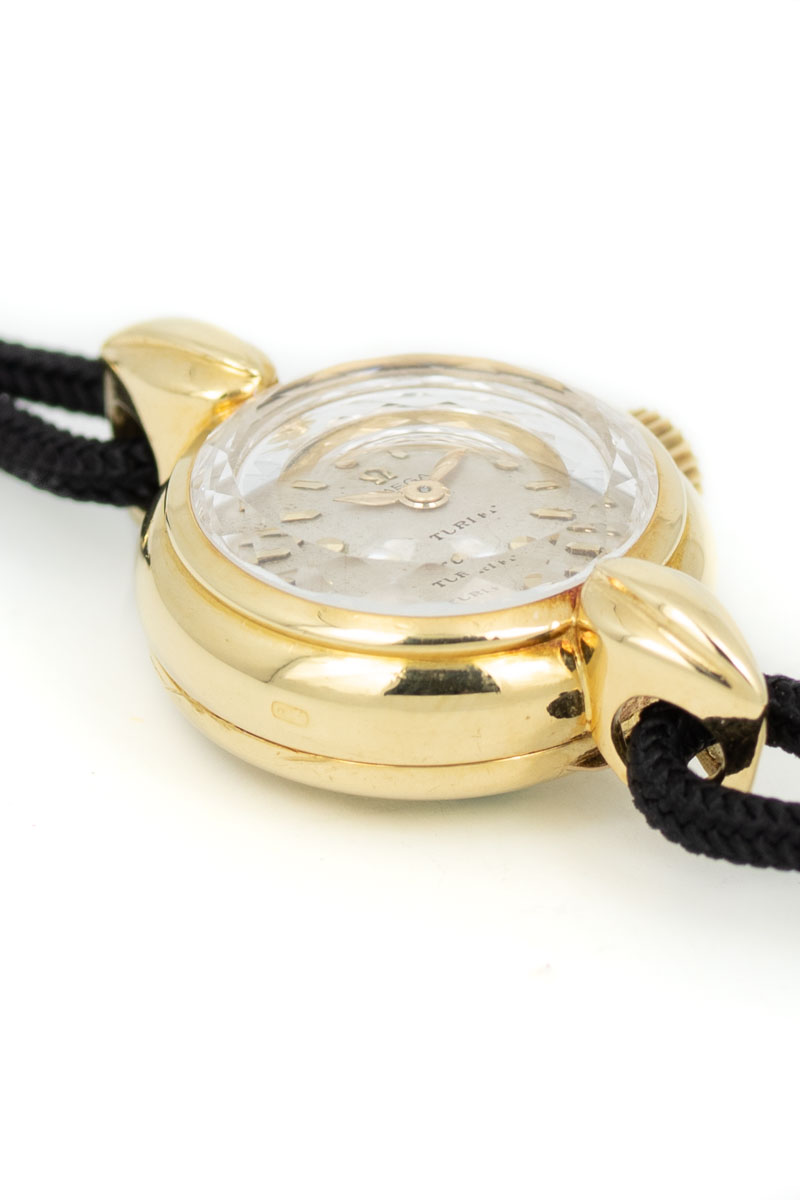 Have a look at this beautiful cocktail watch by Omega, executed in 18k yellow gold.

This little gem dates back to ca. 1951, long before tiny quartz movements were available. So even though this model only measures 17,5mm across, it is still fitted with a hand-wound mechanical caliber.

Although it has partly worn off, this is a double signed dial. Of course we have the brand name at twelve, but also the jeweller at six: Türler. Combined with leaf hands and two styles of faceted indices, this tiny dial is a beauty to behold.

But the star of the show is the crystal. This is a sapphire crystal, long before such crystals were adopted en masse. And then is a real piece of art, due to its faceted outer edge.

If you are looking for the perfect watch for those elegant cocktail parties, this could be the one!