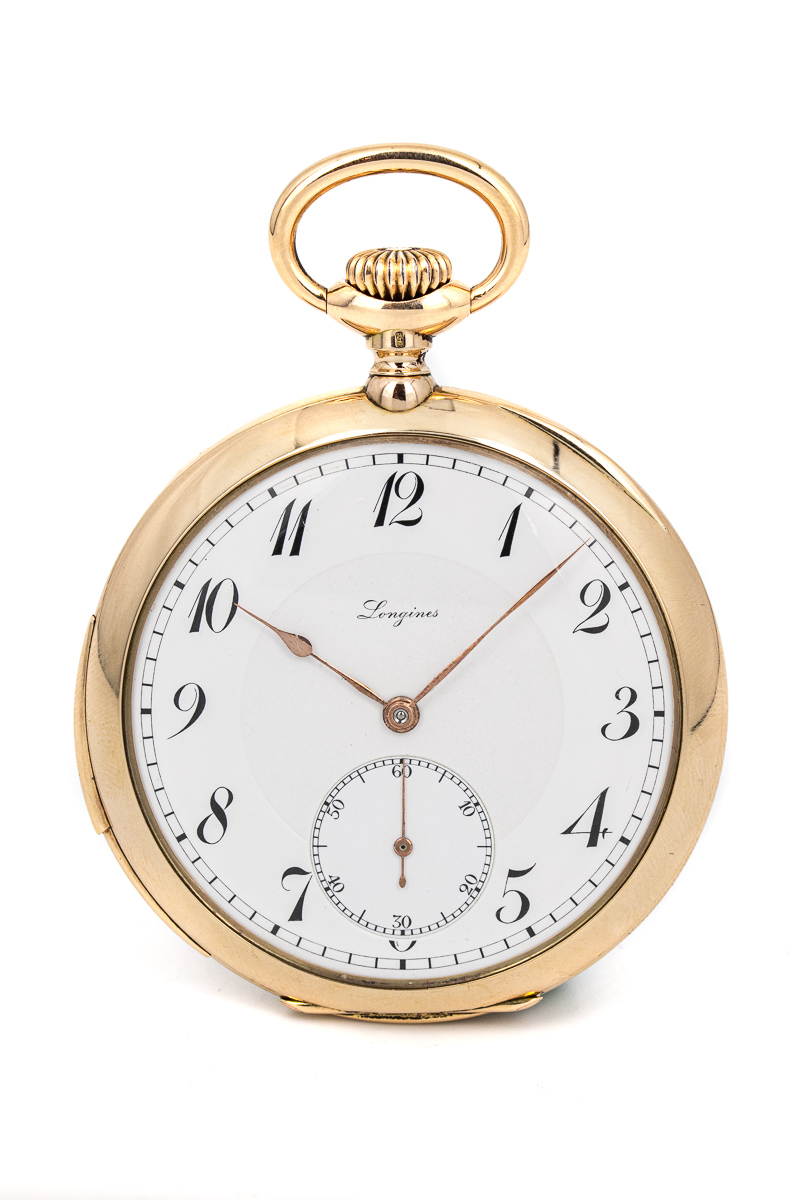 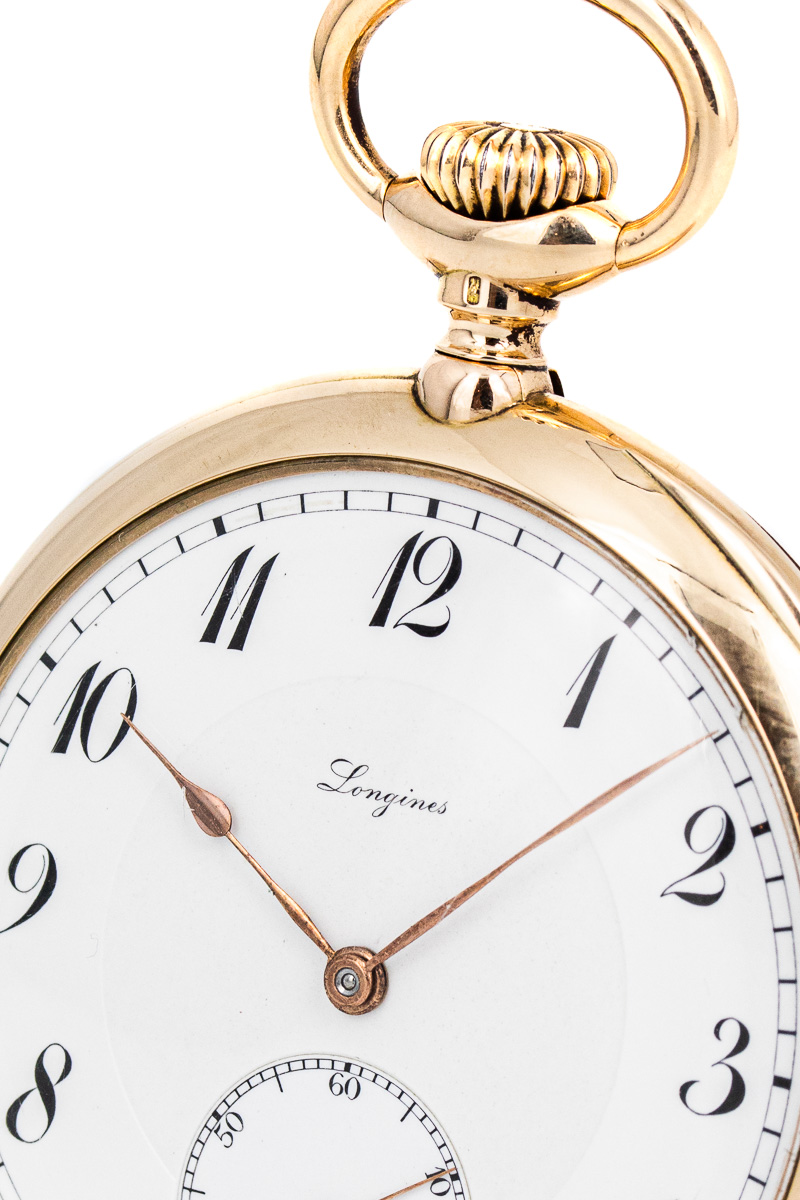 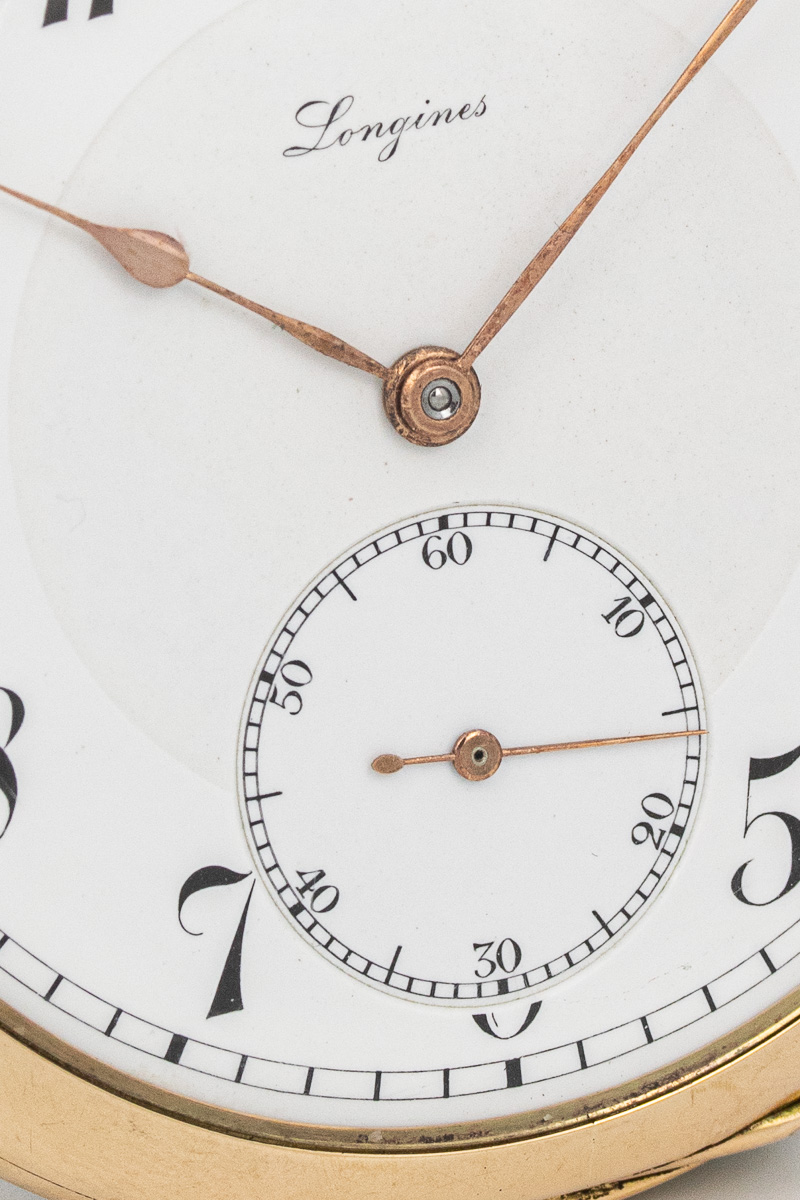 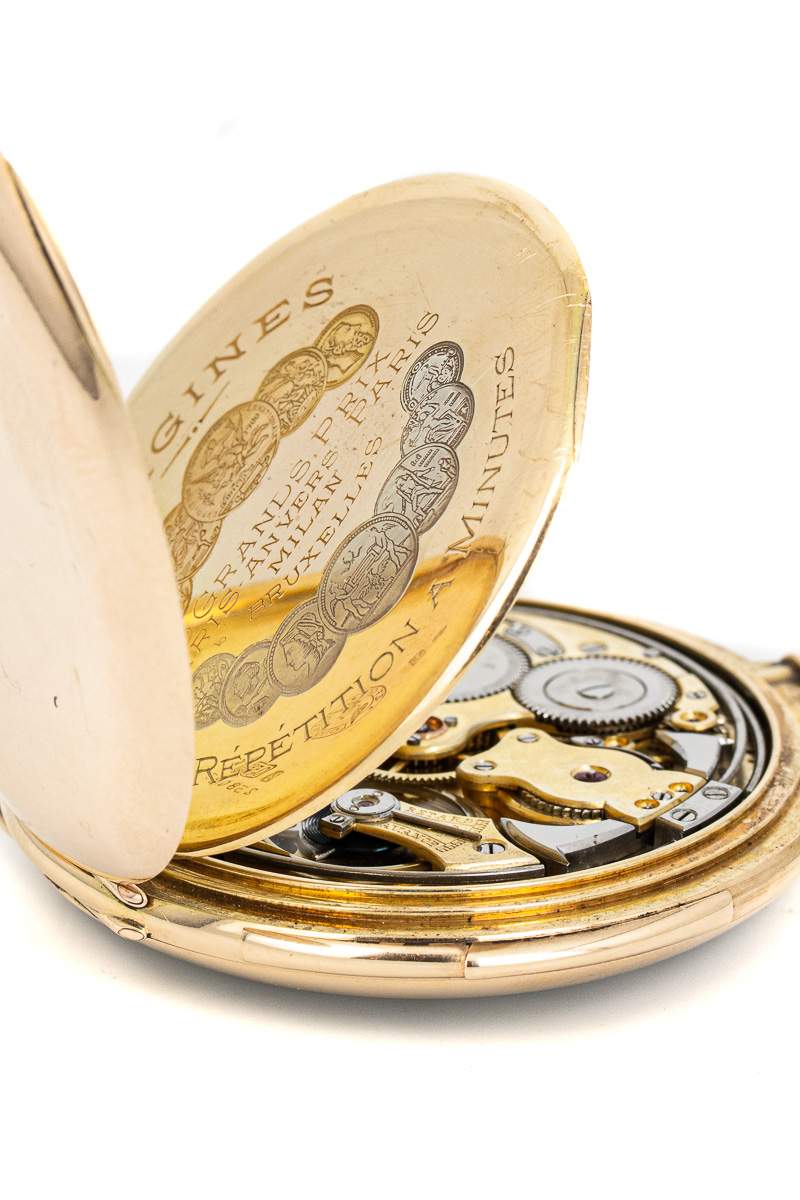 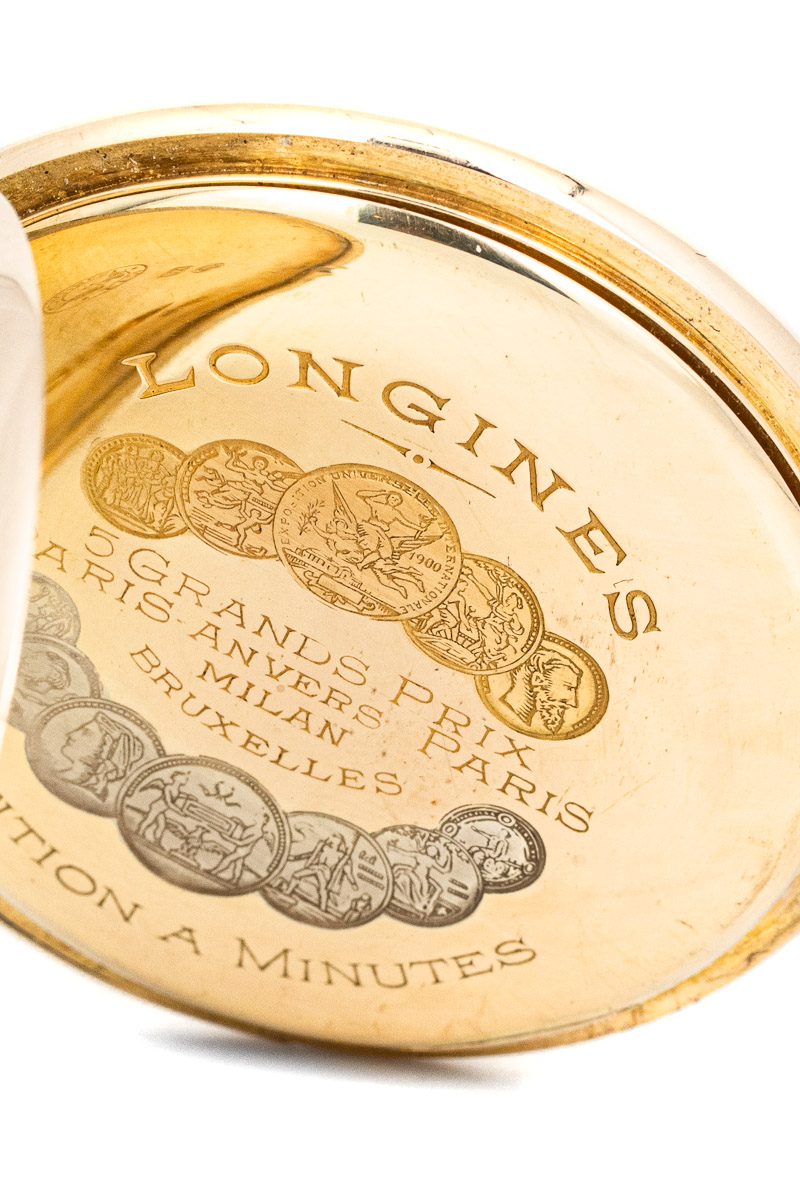 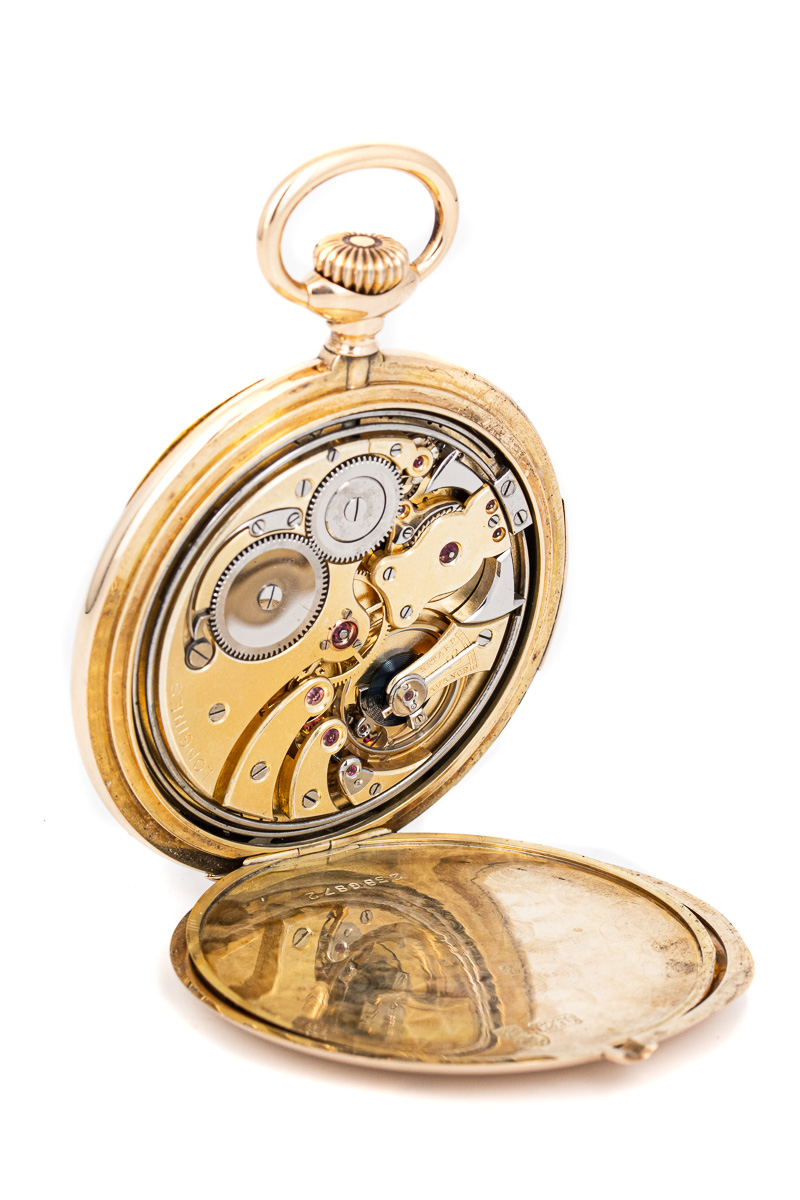 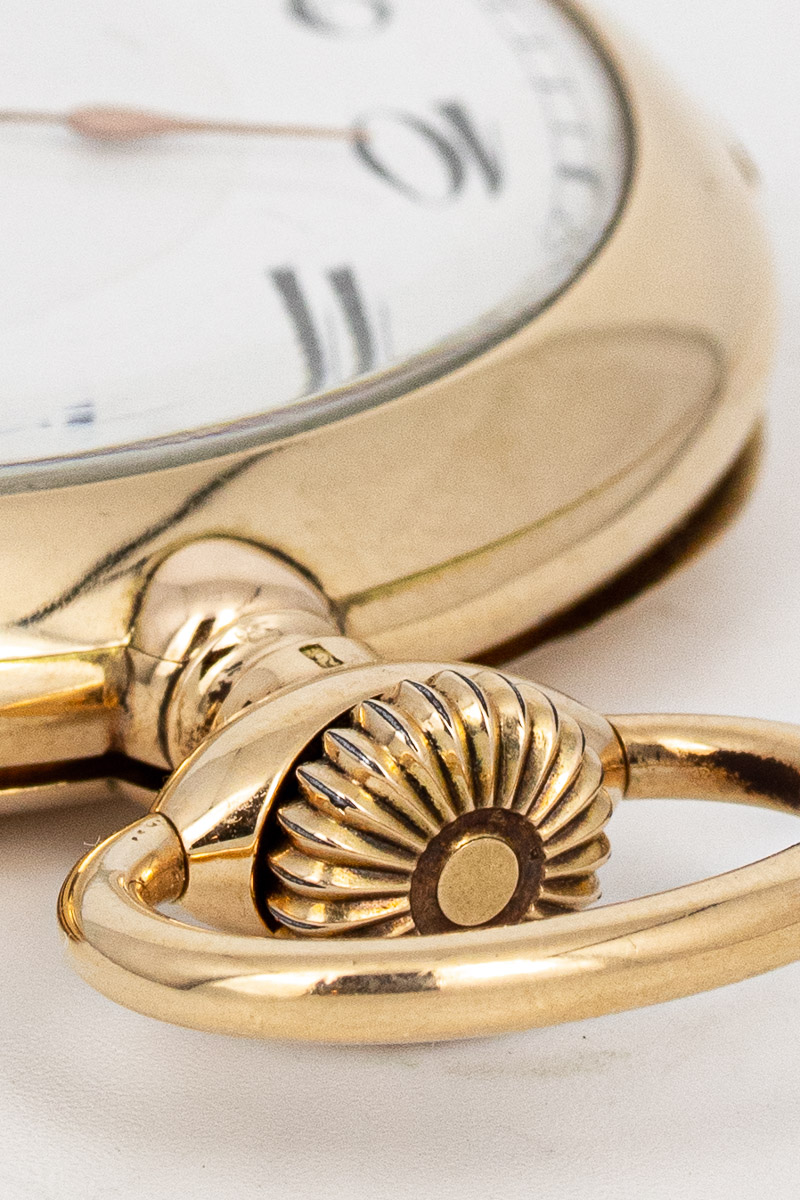 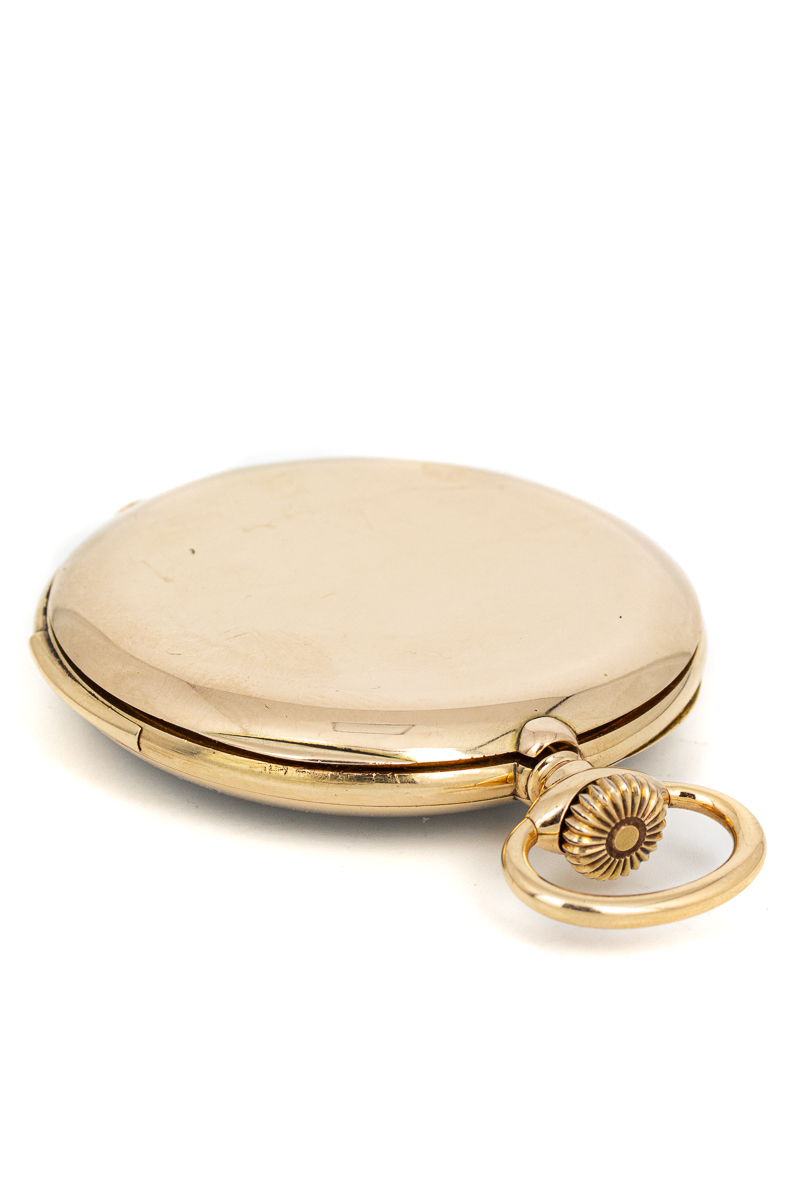 Some watches form great subjects to talk about. Something to kickstart a conversation and immediately grab your audience. This is such a “conversation piece”!

Not only is it a beautifully executed gold pocket watch, but it also features an extremely impressive complication: a minute repeater. This mechanism was invented to let you tell the time in the dark, back in the days before electricity, when a nightlight was still a cumbersome thing having something to do with oil and fire. They are still made today but are only found in extremely high-end watches.

How about that for some watch-making-muscle-flexing?!