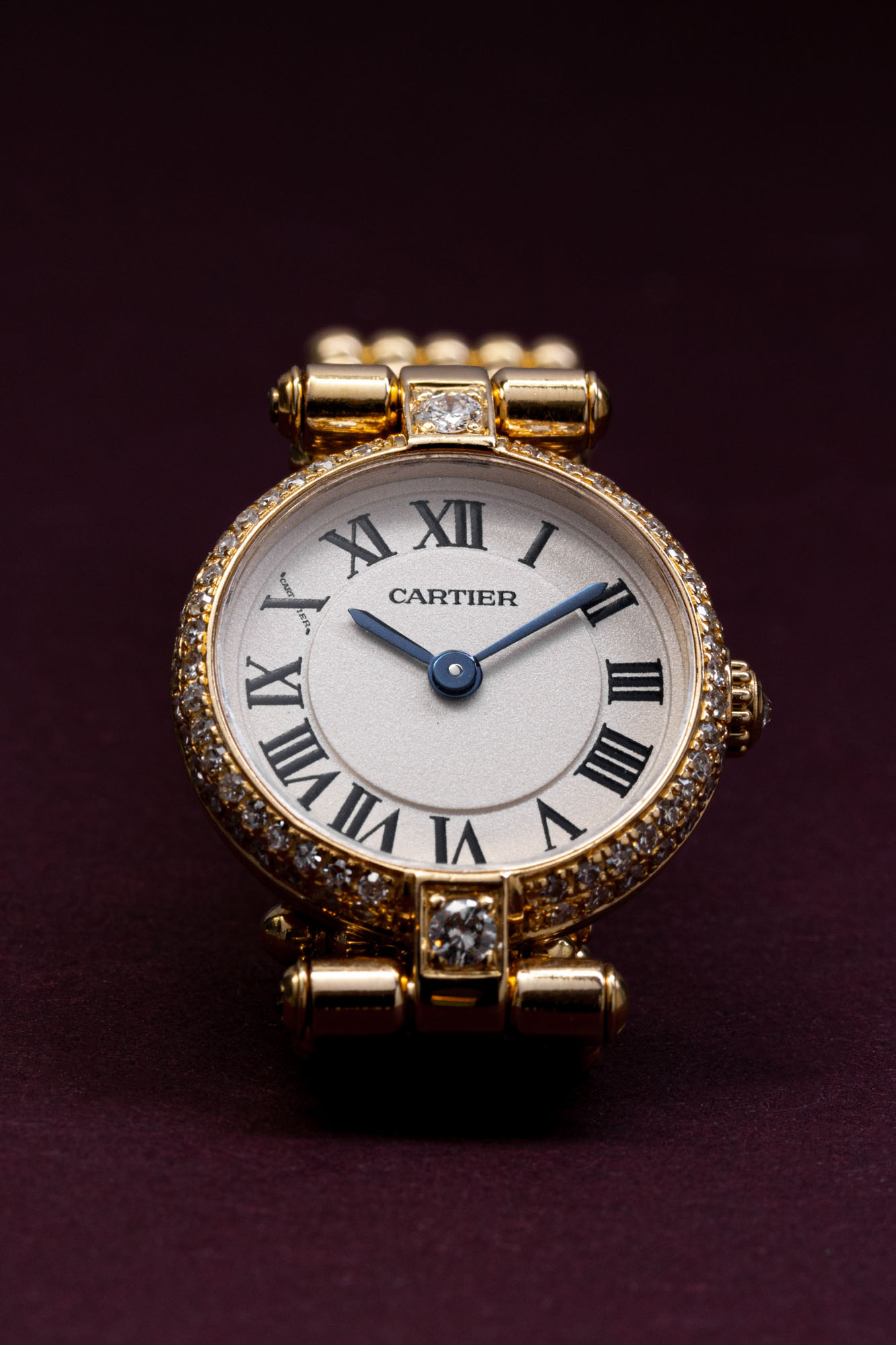 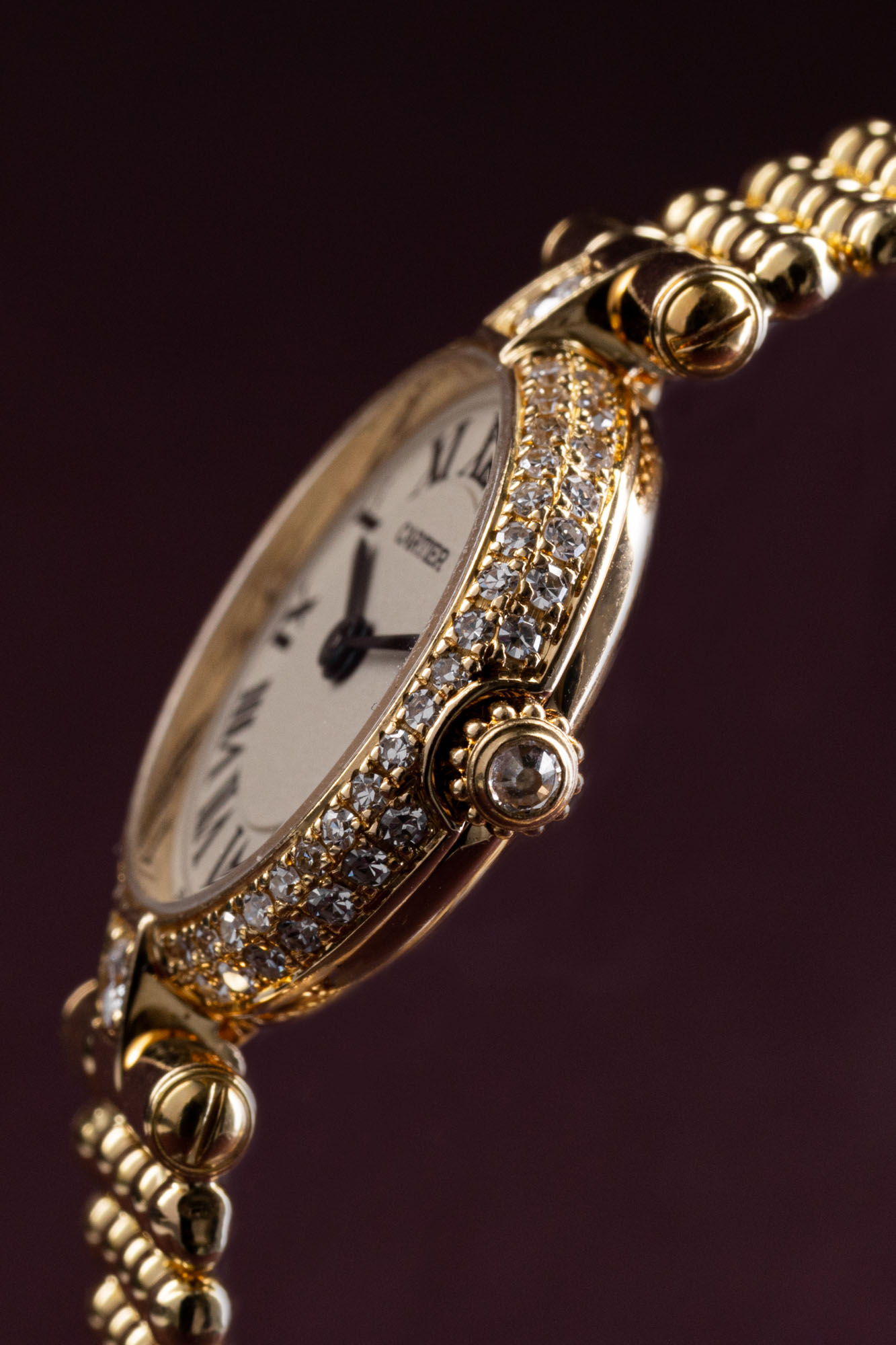 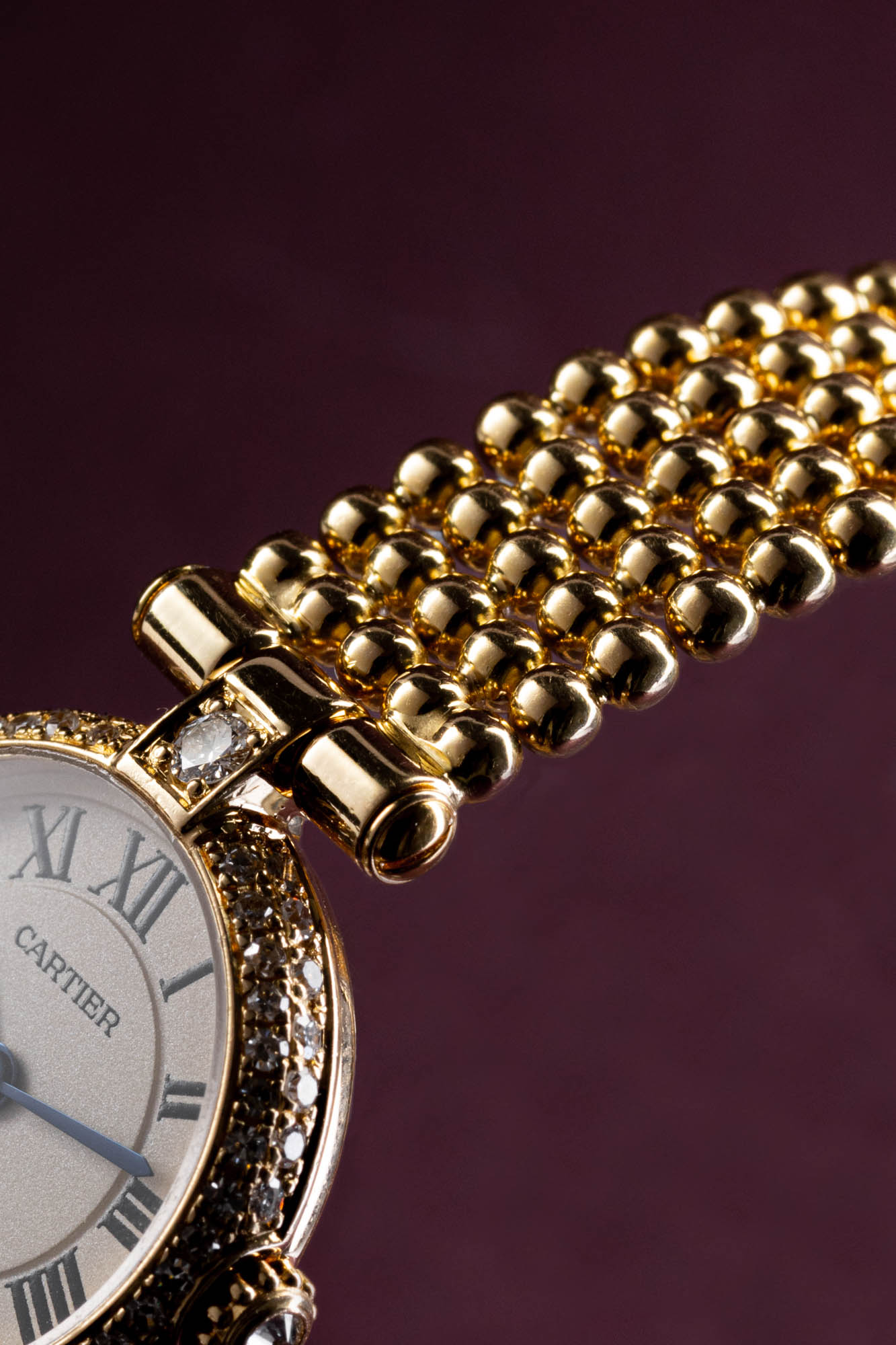 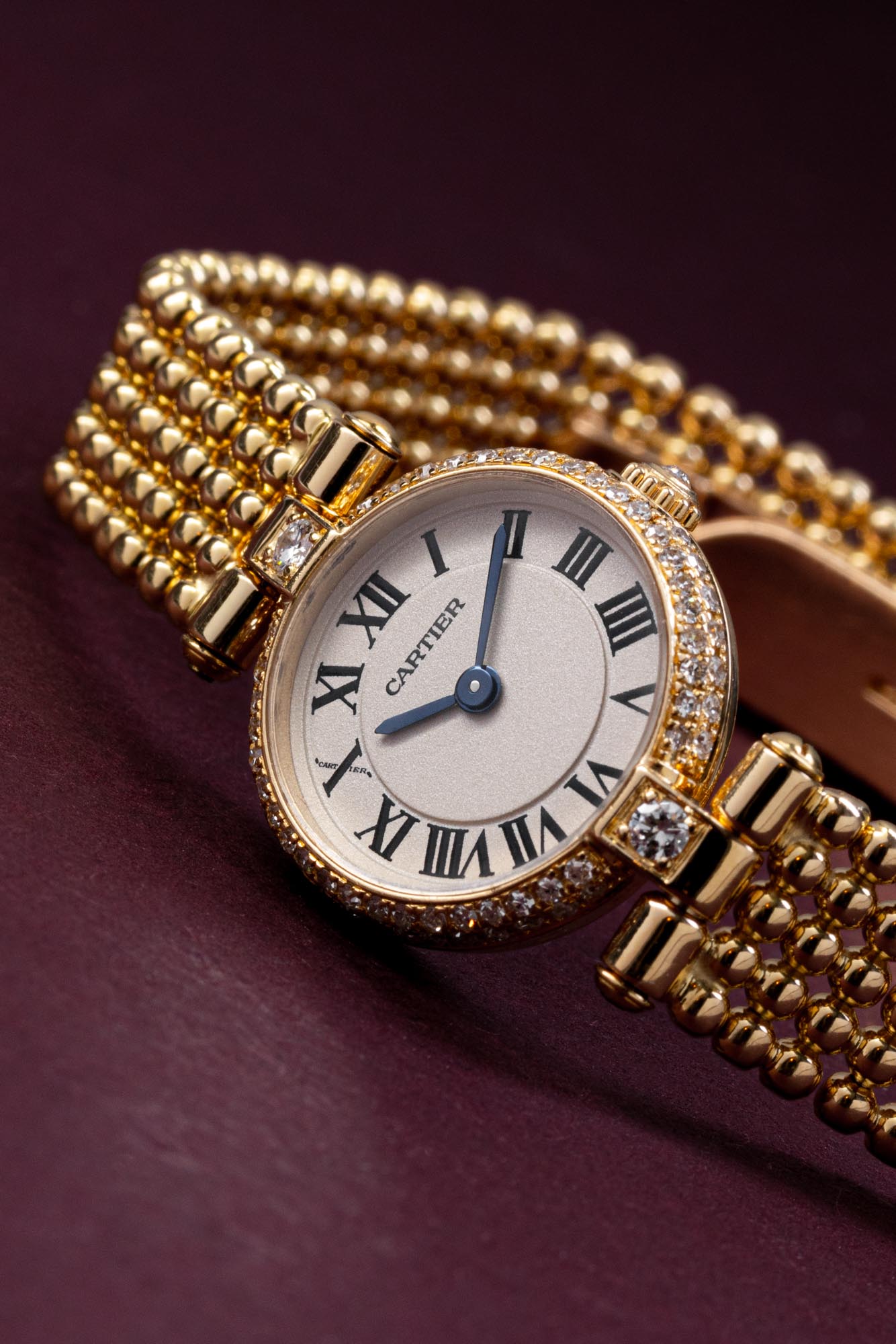 Diamonds are a girl’s best friend!

And diamonds it has this Cartier Vendome, factory set off course. An 18k golden piece of jewelry from the 1970s.

This version is fitted with a quartz calibre for worry-free daily wearing. It comes with fresh Service papers from Cartier.

More words not needed, pictures say it all.