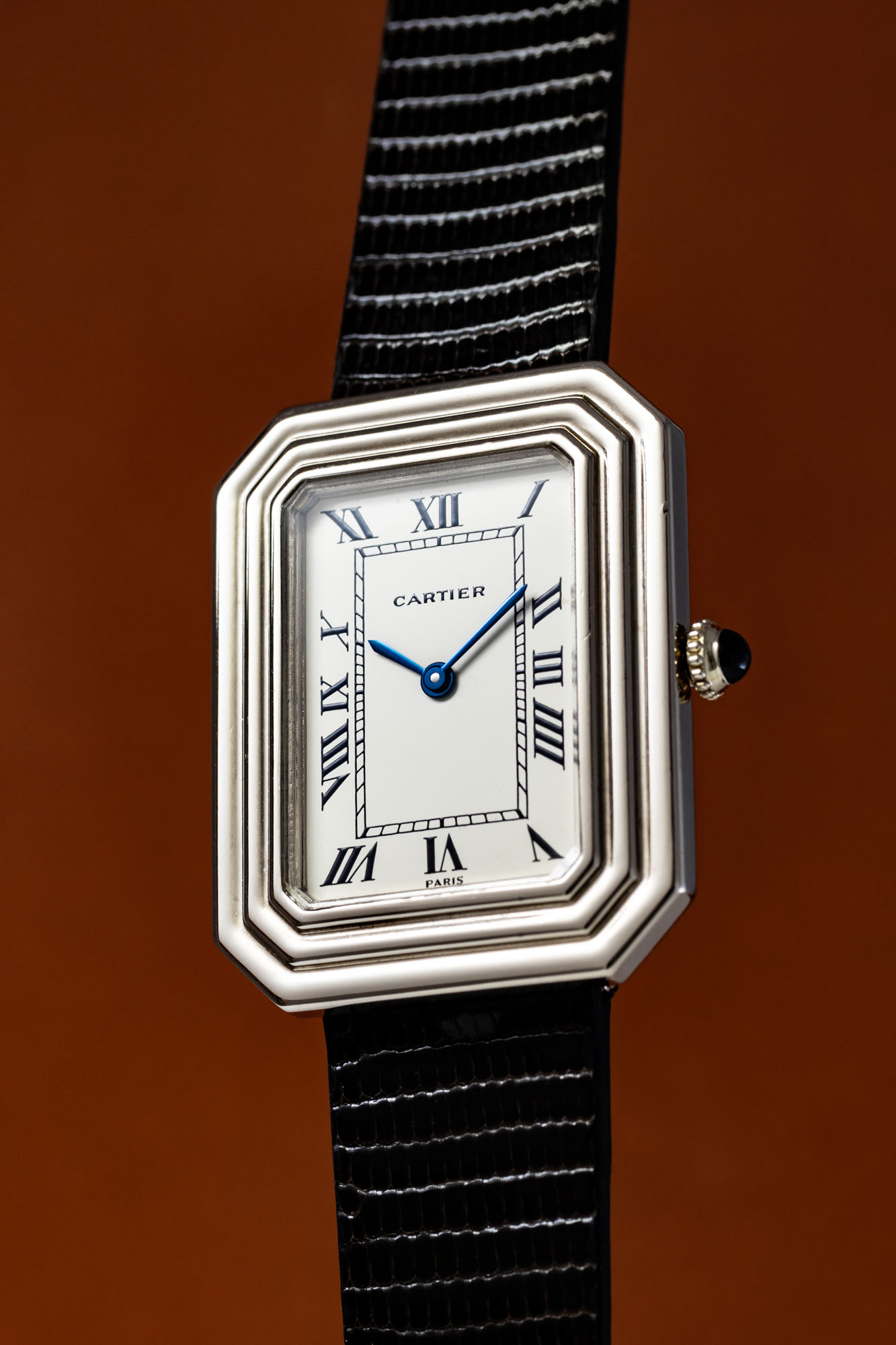 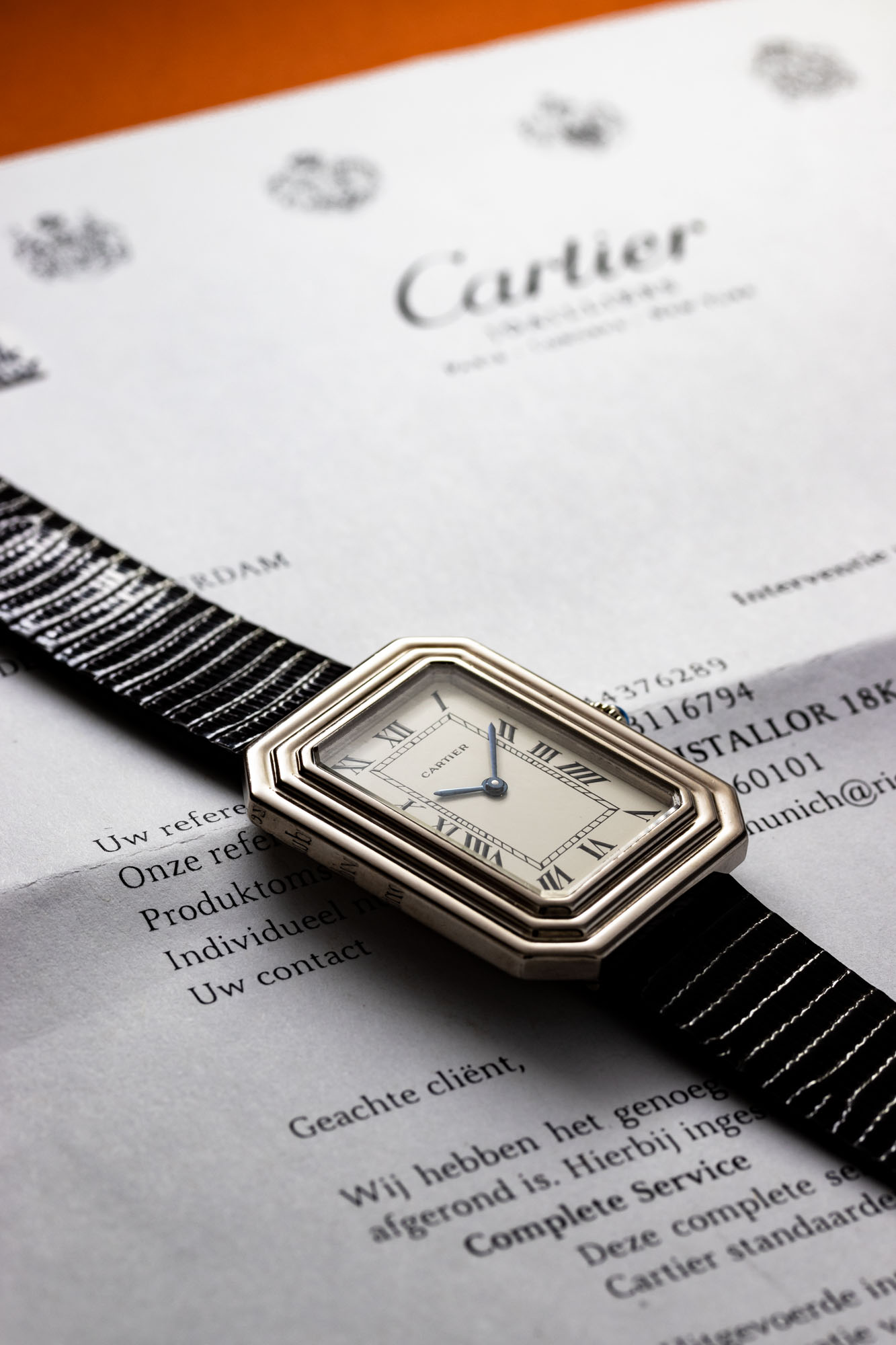 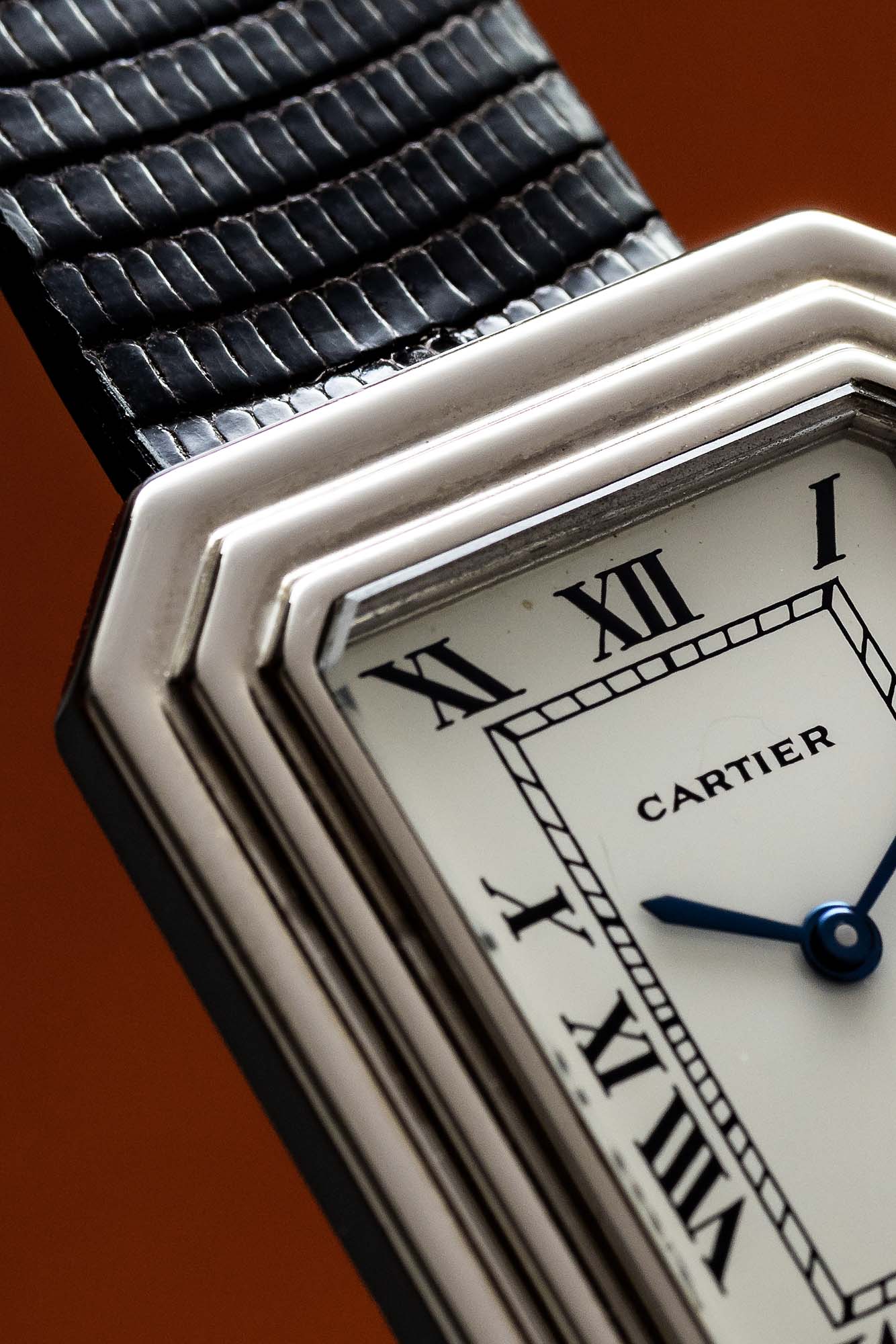 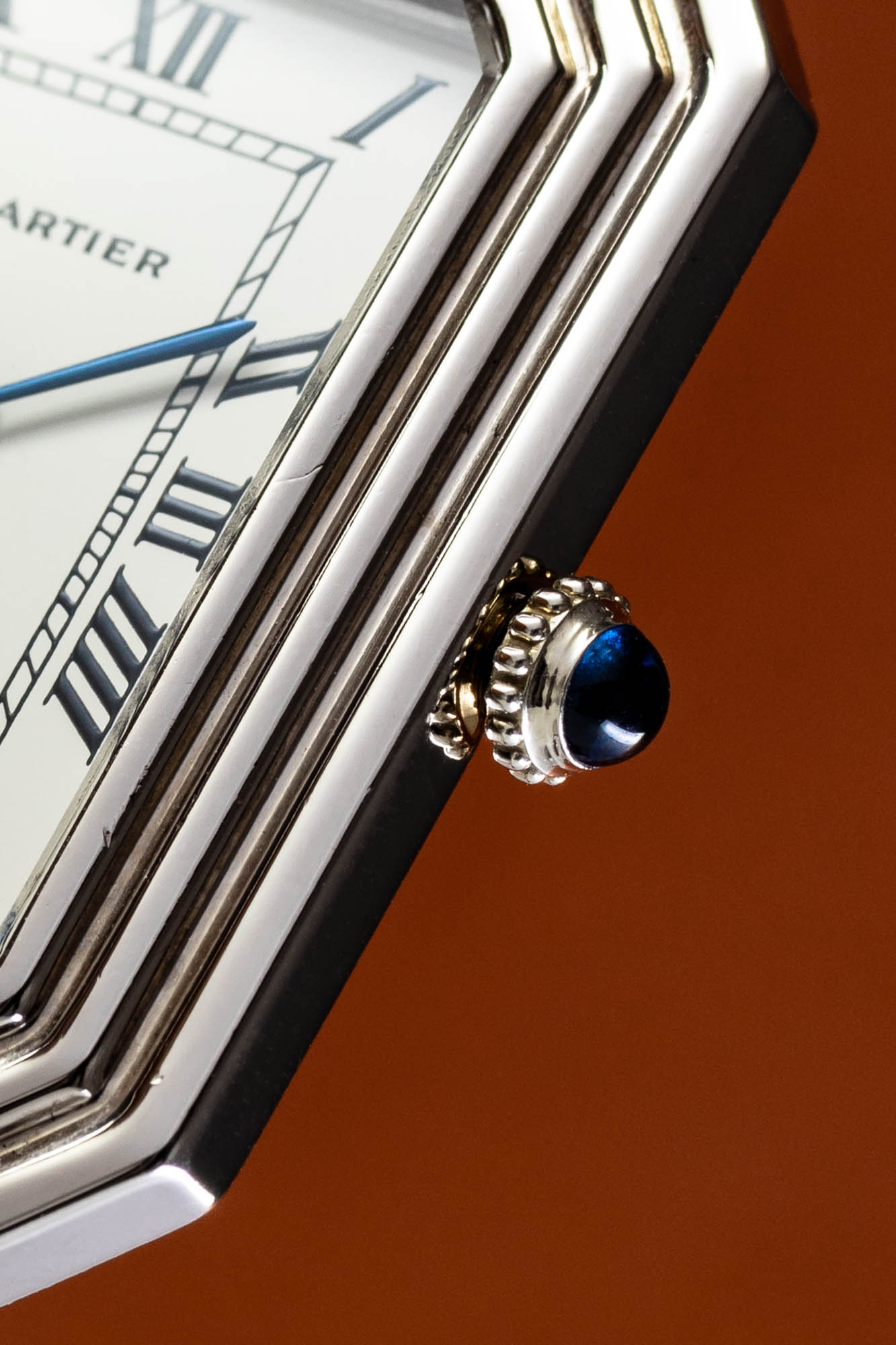 Cartier had some revolutionary designs in their history. The Cristallator is a good example of the 1970s. Produced until the 1980s, in small amounts.

Here we have 18k white gold Cristallator Paris double signed, case, and the dial.  The shape is different and majestic, triple-stepped case, ivory dial with Roman numerals, and hidden lugs. Just back from service by Cartier, ready to go on a new wrist.

Imagine around 1970 somebody walked into the Parisian Cartier boutique and fell in love with this beauty. Strolling along the Seine, drinking cafe au lait on the terrace. You can be the next one to write the next chapter.