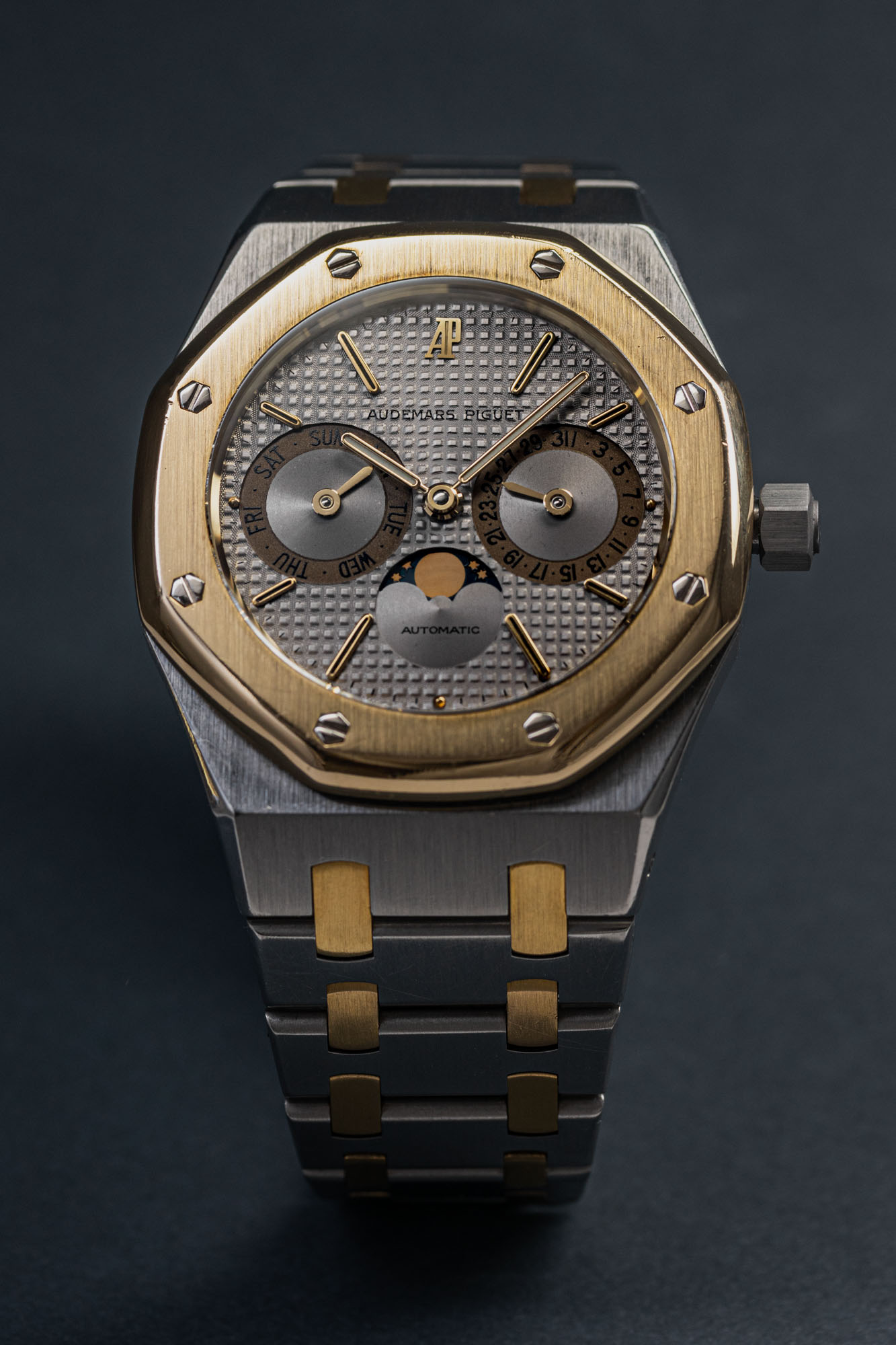 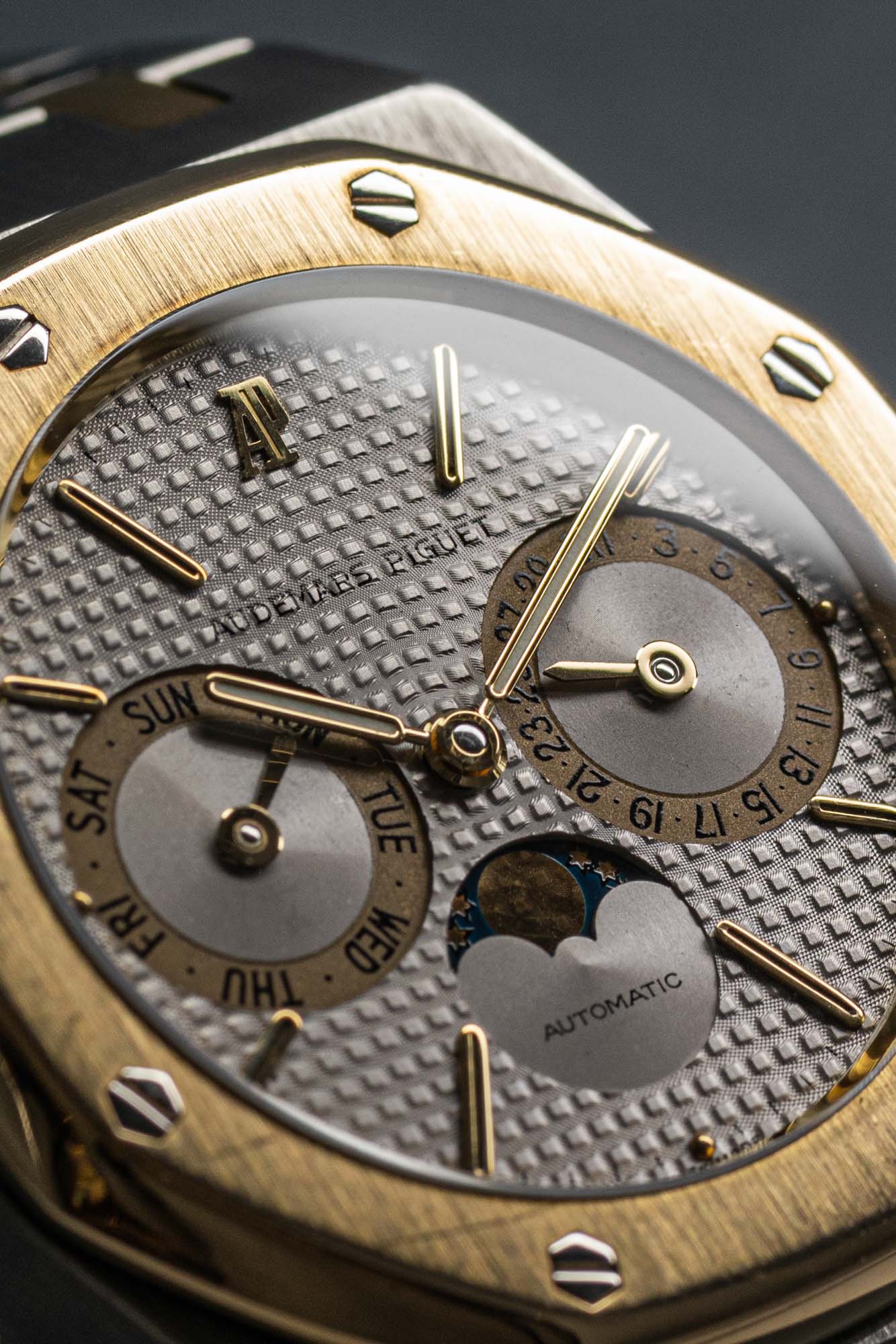 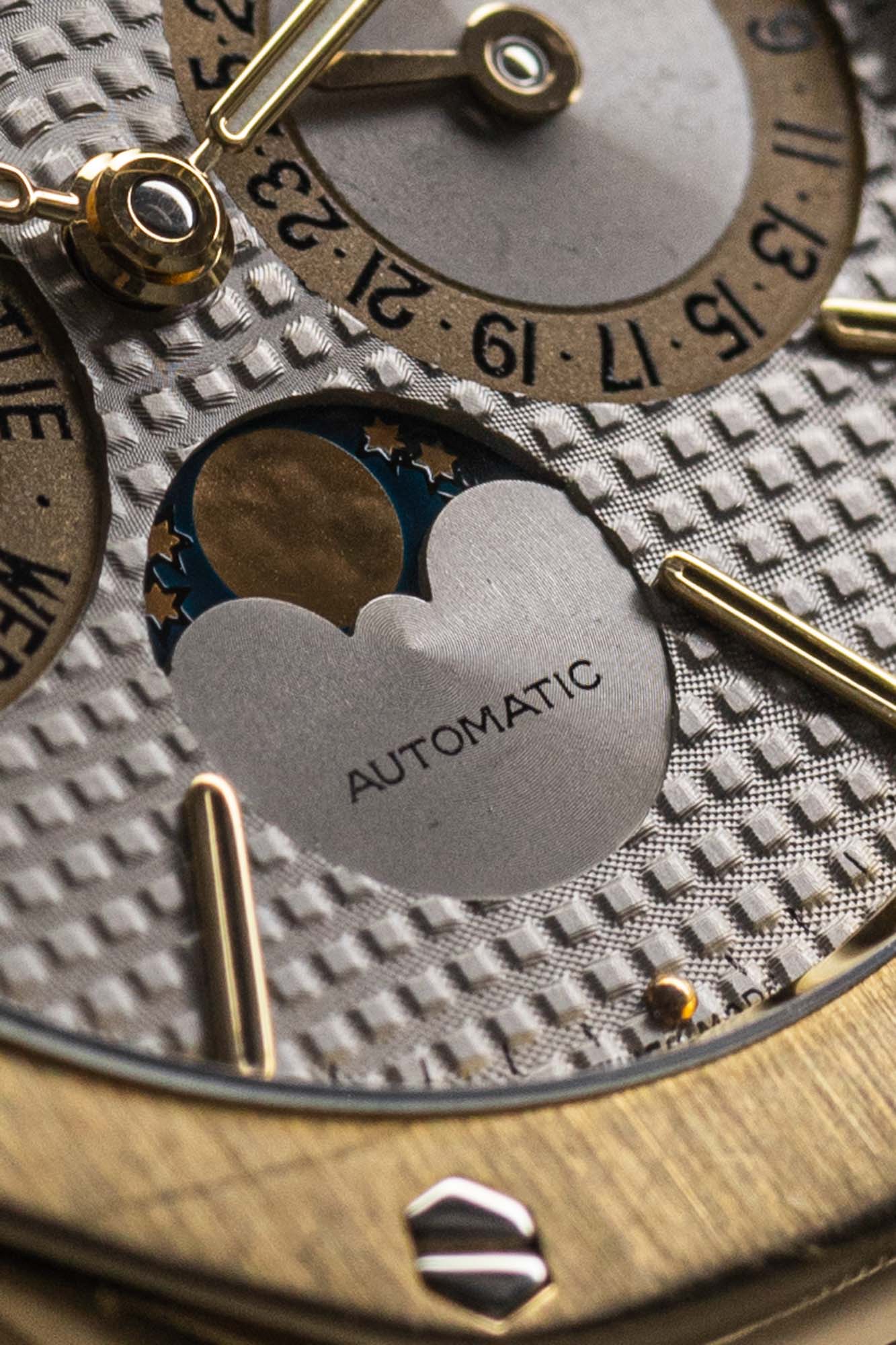 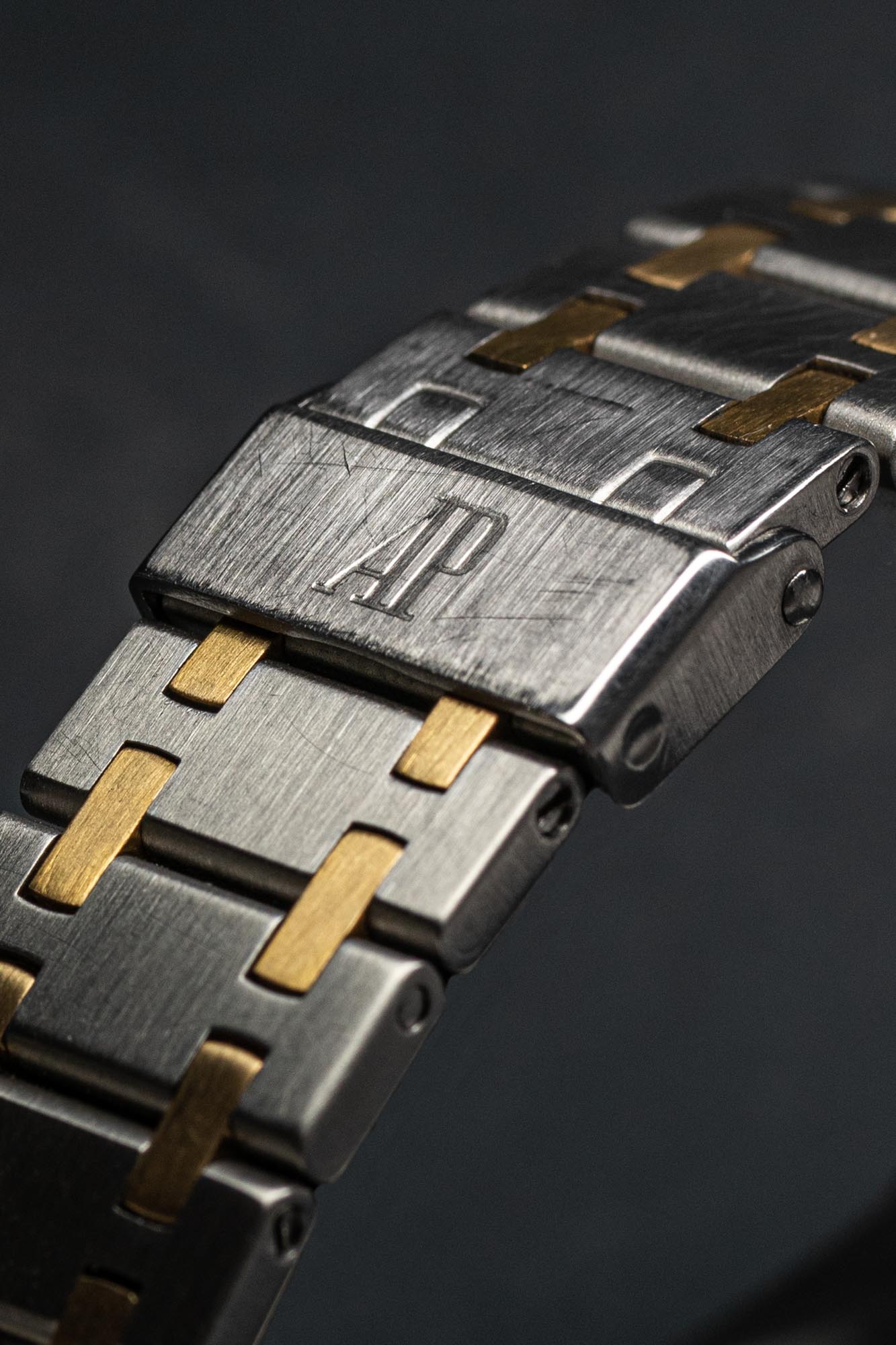 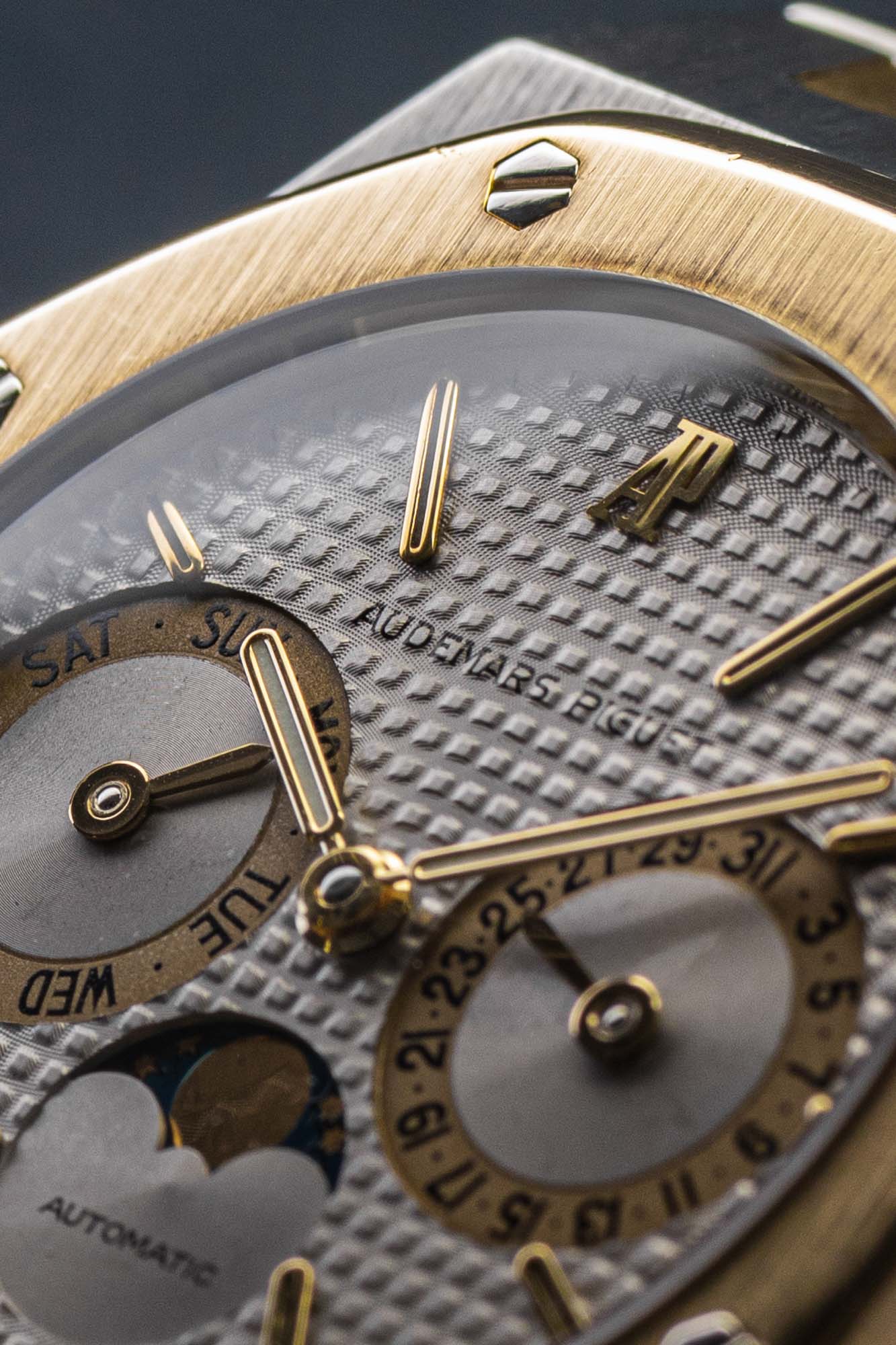 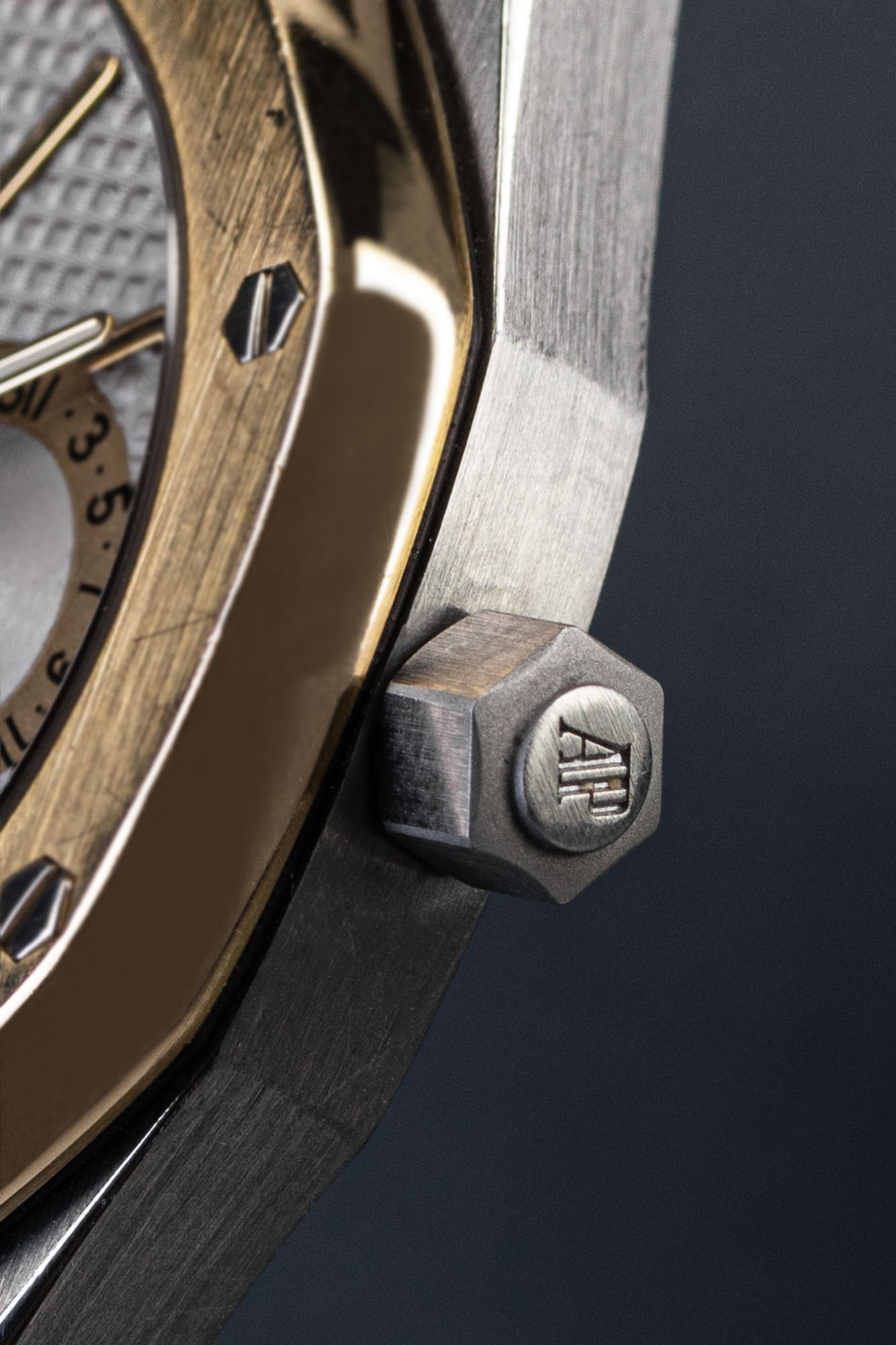 The Owl has landed.

A Royal Oak with a twist! This Day-Date from Audemars Piguet in the attractive gold/steel version, very popular now. The dial, grey petit tapisserie we find balanced and very subtle, despite the functions. An English day, date, and moon phase.

The overall condition of this AP Royal Oak is superb, it comes with Service papers 2021 of AP.

Among vintage watch collectors this 36 mm, which wears a lot bigger on the wrist, is called ‘The Owl’. You immediately understand why we assume:)

So looking for a Royal oak with complications, with the 80s vibe, this might be a contender!