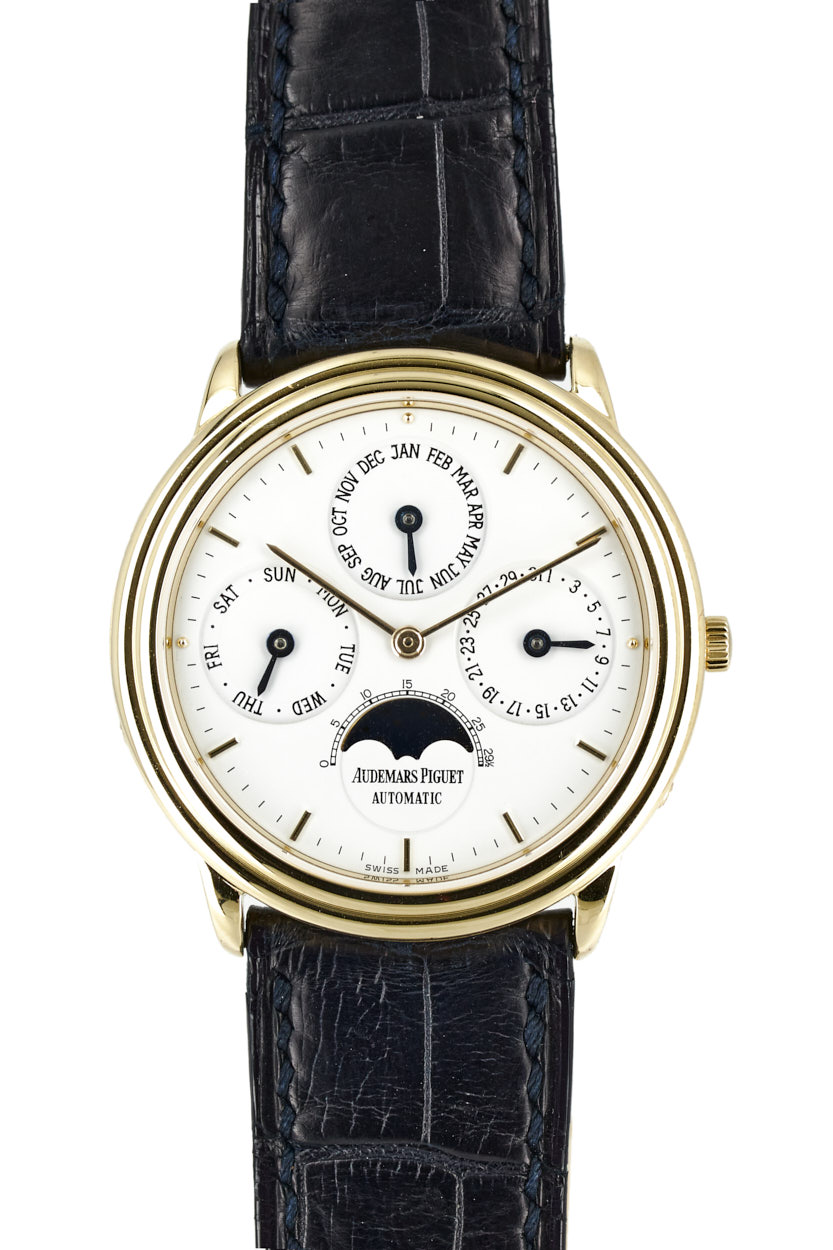 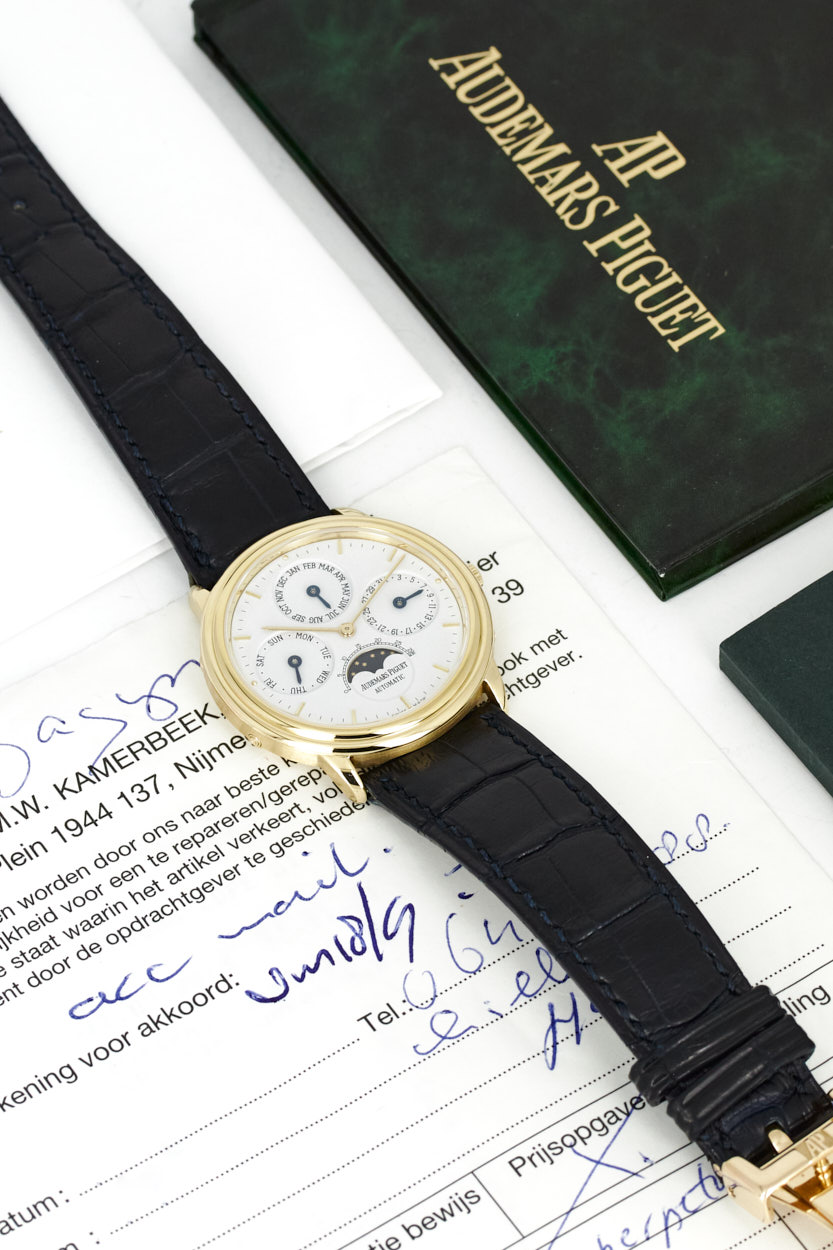 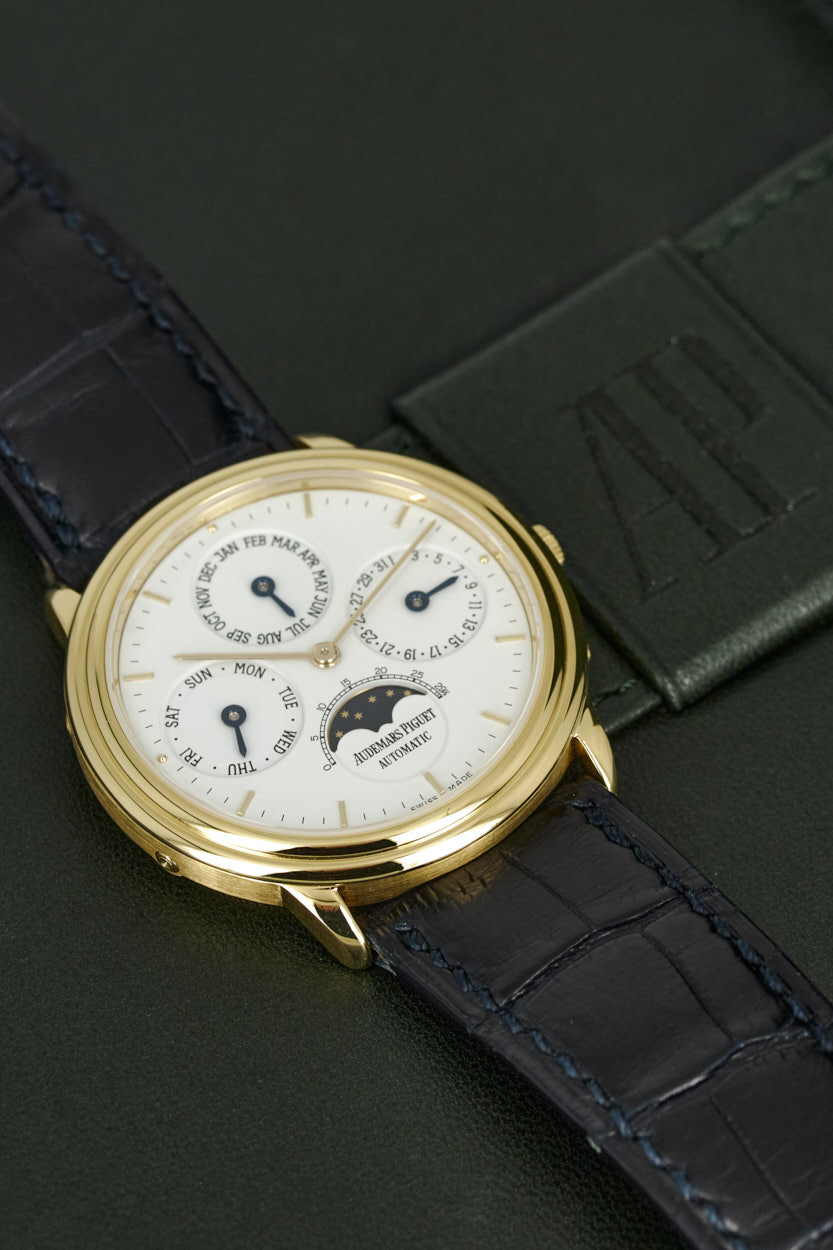 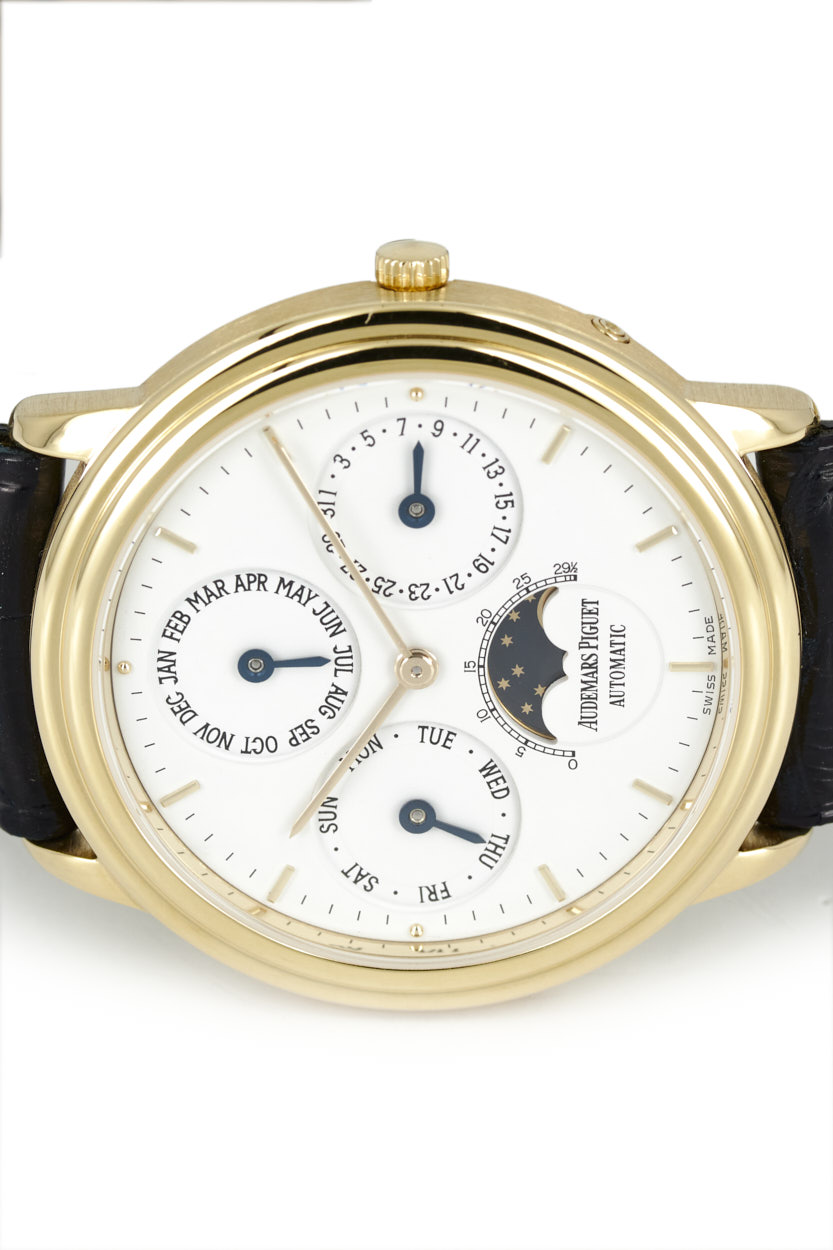 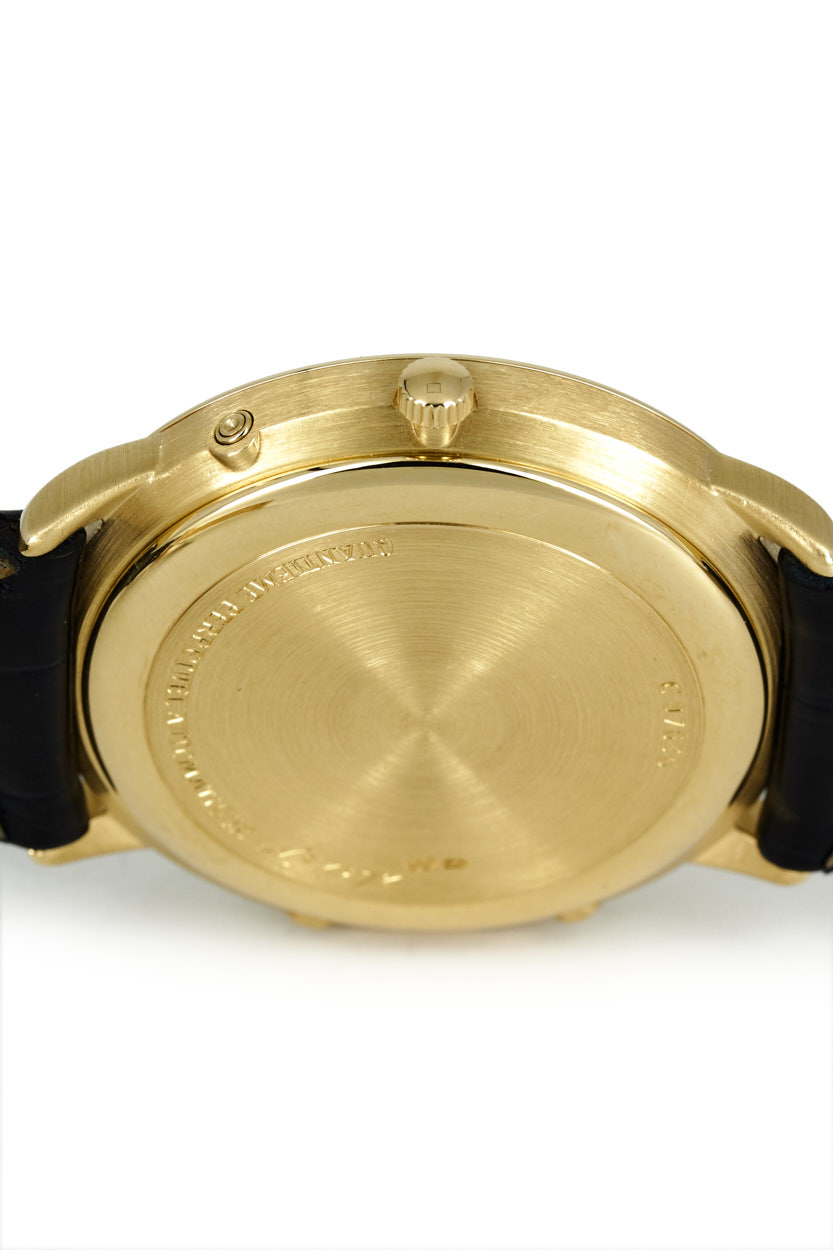 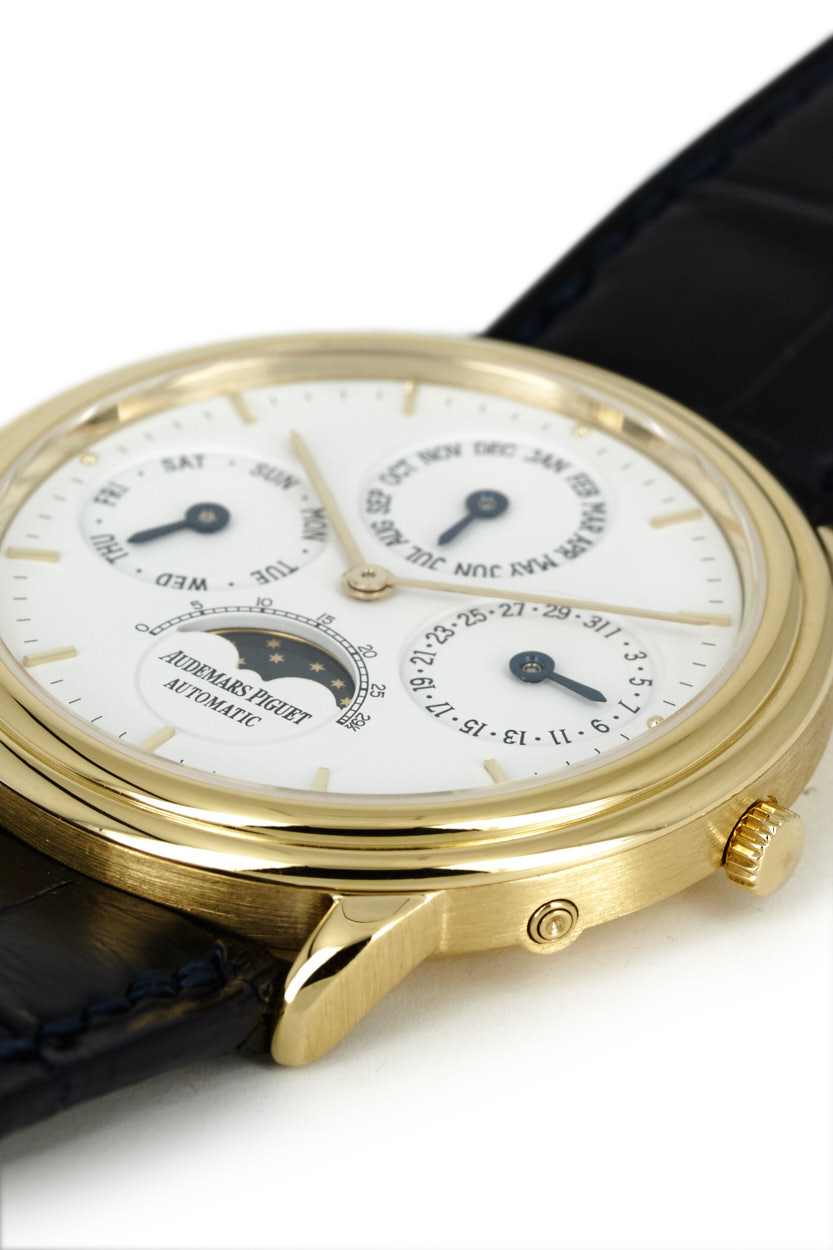 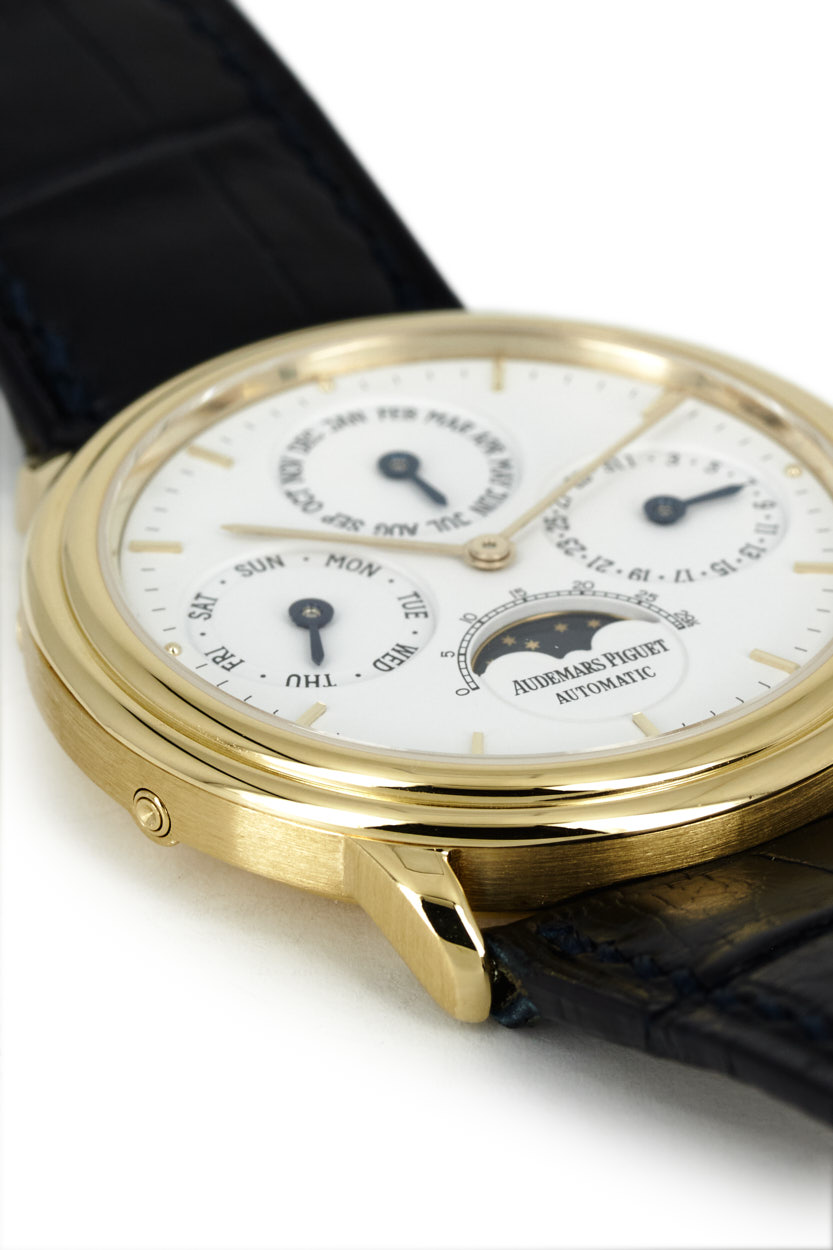 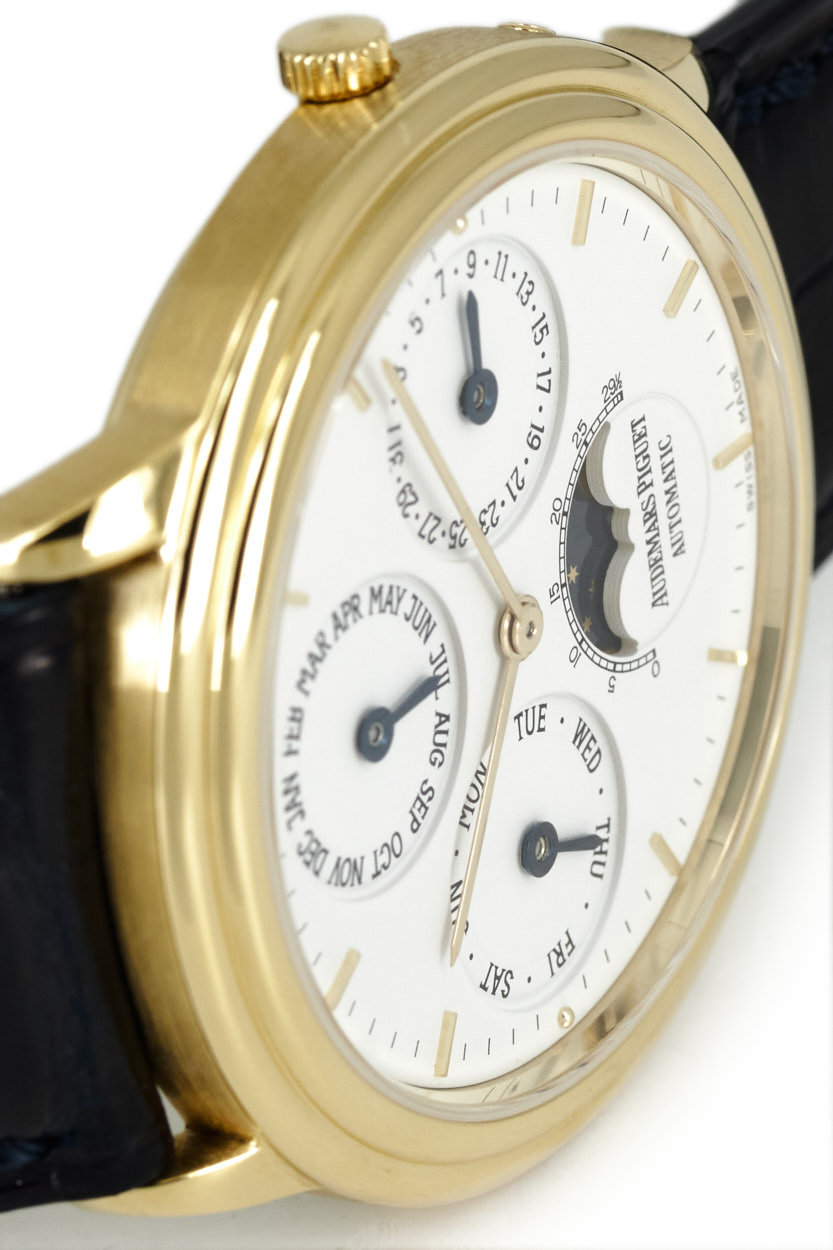 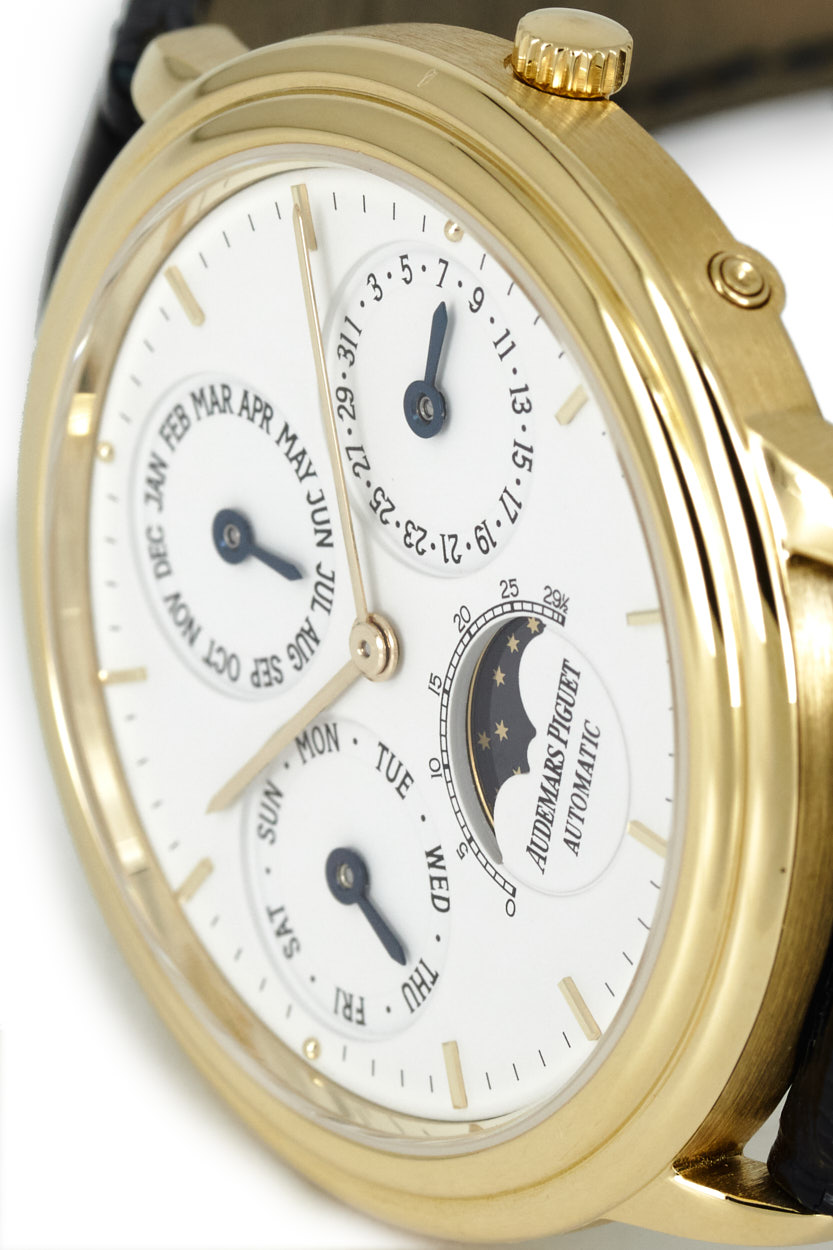 We are proud to present this stunning Audemars Piguet Perpetual Calendar in 18k yellow gold.

The bright white dial forms a beautiful stark contrast with the warmth of the 18k yellow gold case. This is a near-perfect execution of a classical watch design.

This specimen comes complete with the original box, papers, AP service papers, and an original AP winder (solar cell no longer works, but it runs perfectly on battery). If you are looking for a complicated watch from one of the best houses in the business, look no further than this!