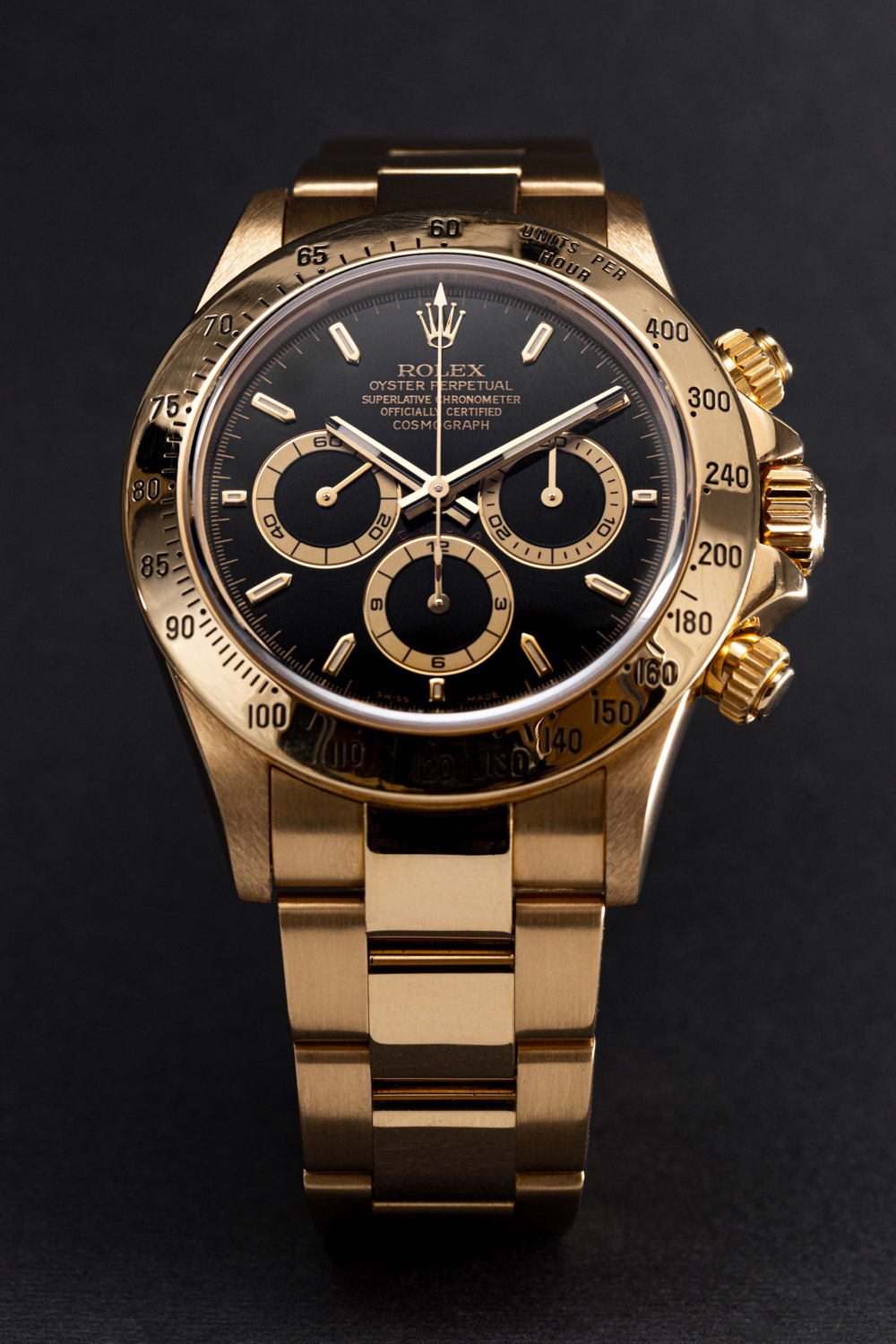 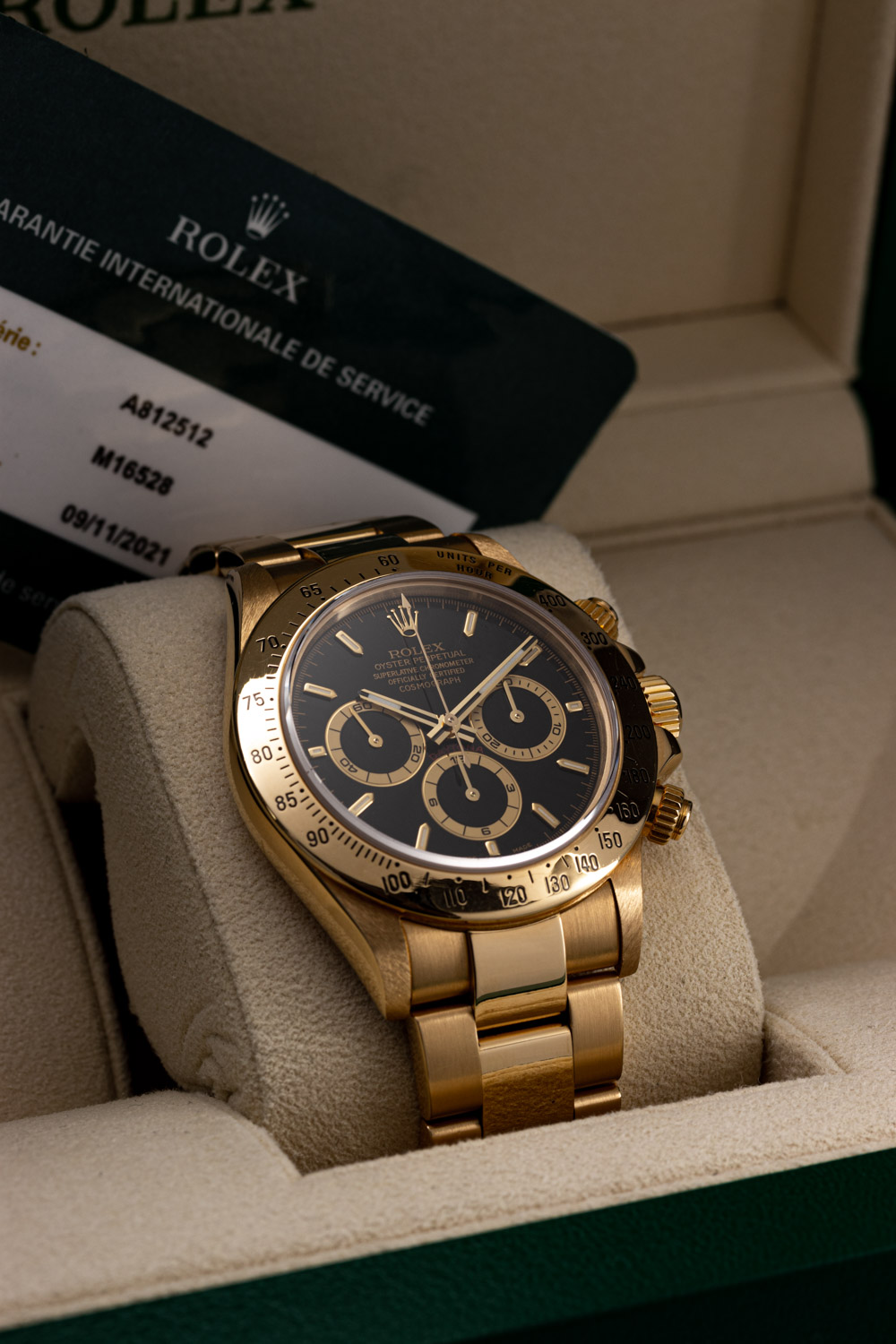 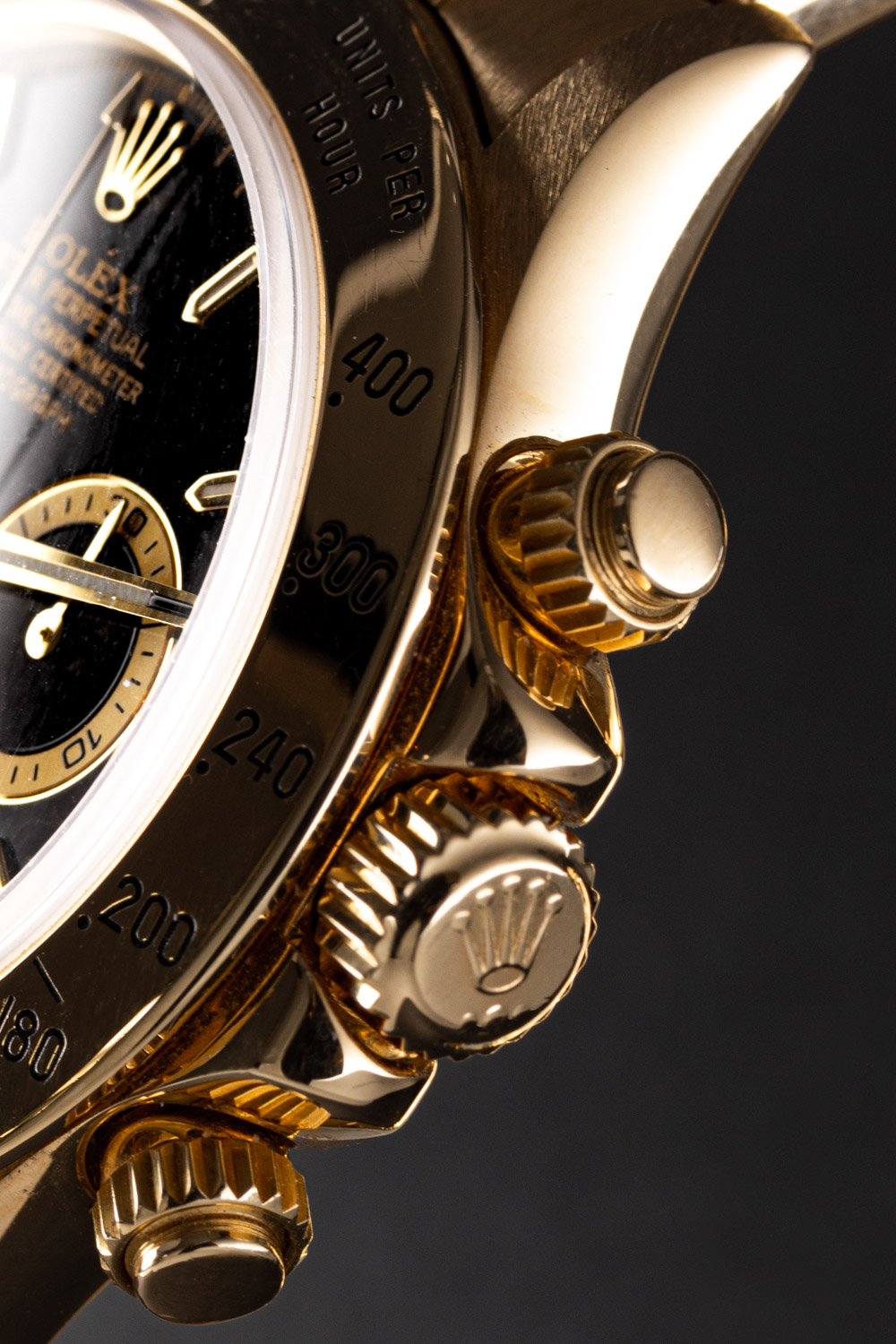 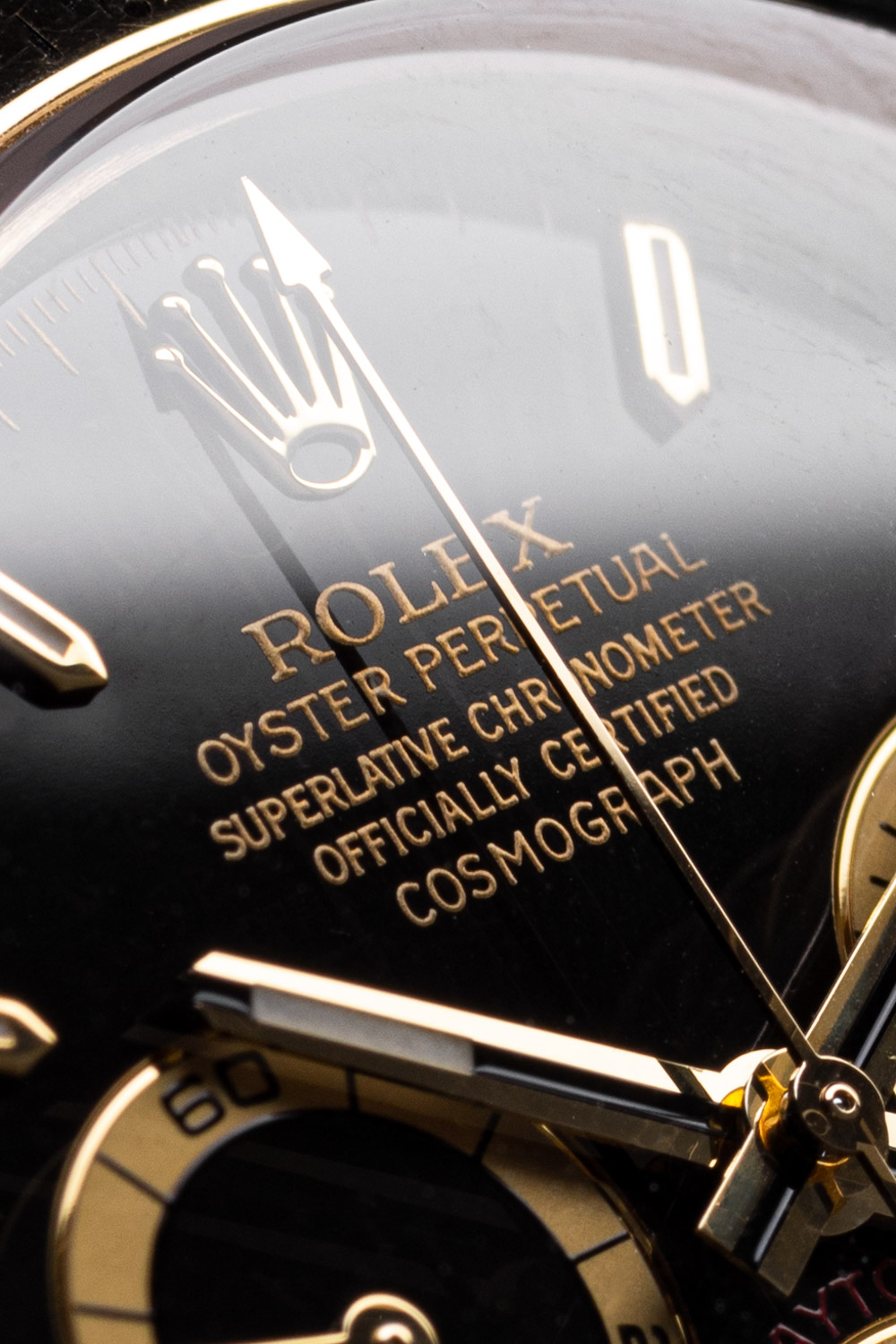 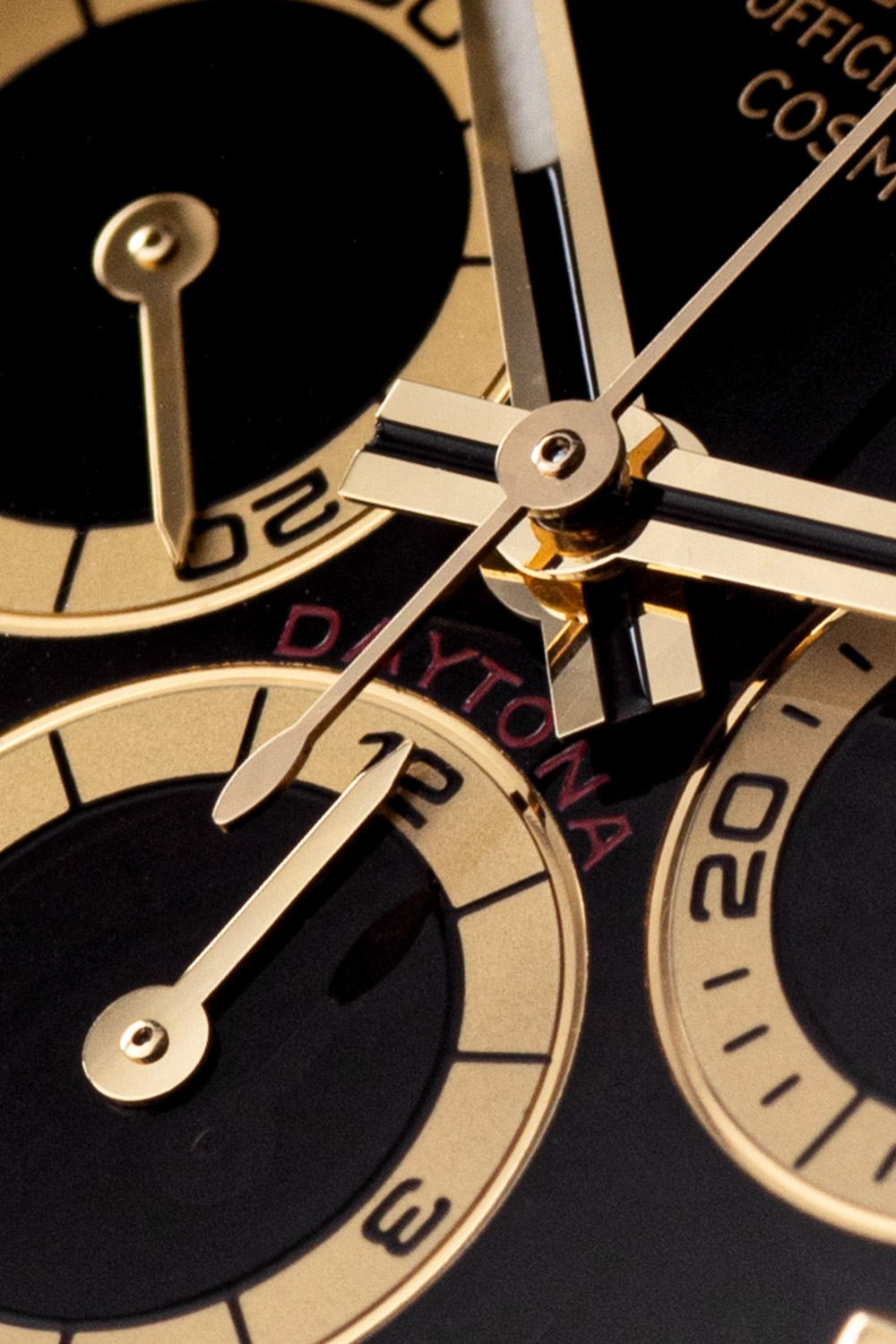 The Rolex Daytona is undeniably one of the most sought-after models of the Swiss manufacturer. The stainless steel pieces have been in high demand over the last couple of years, but the precious metal pieces are going through the roof at this moment. So we’re very happy to have added this beauty to our collection.

This yellow-gold Daytona with reference 16528 is from 1999. The five-digit reference Daytona was introduced in 1988. This generation got a lot of updates compared to its predecessor. The movement became an automatic one, not developed by Rolex. The origins of this automatic chronograph movement can be found at Zenith; the cal. 4030 is a highly modified El Primero movement. This generation of Daytona’s also brought sapphire crystals to this model and the size of the Daytona increased to 40mm. Even after 30 years of existence, with all these modern features this 16528 still feels very much like a modern watch.

This specific piece has a beautiful black dial, which makes it very attractive.

To make this Daytona stand out, even more, it is in incredible condition and comes with the original box and Rolex Service papers from 9-11-2021.