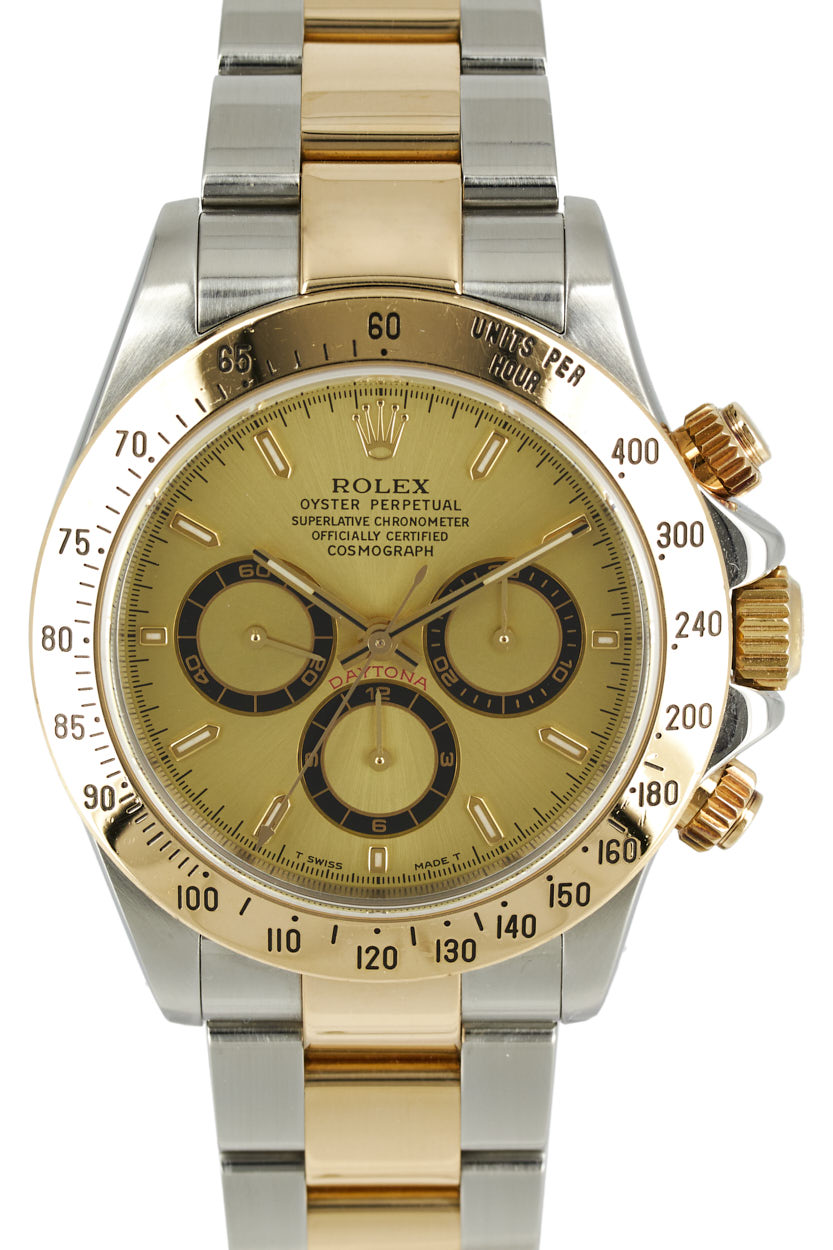 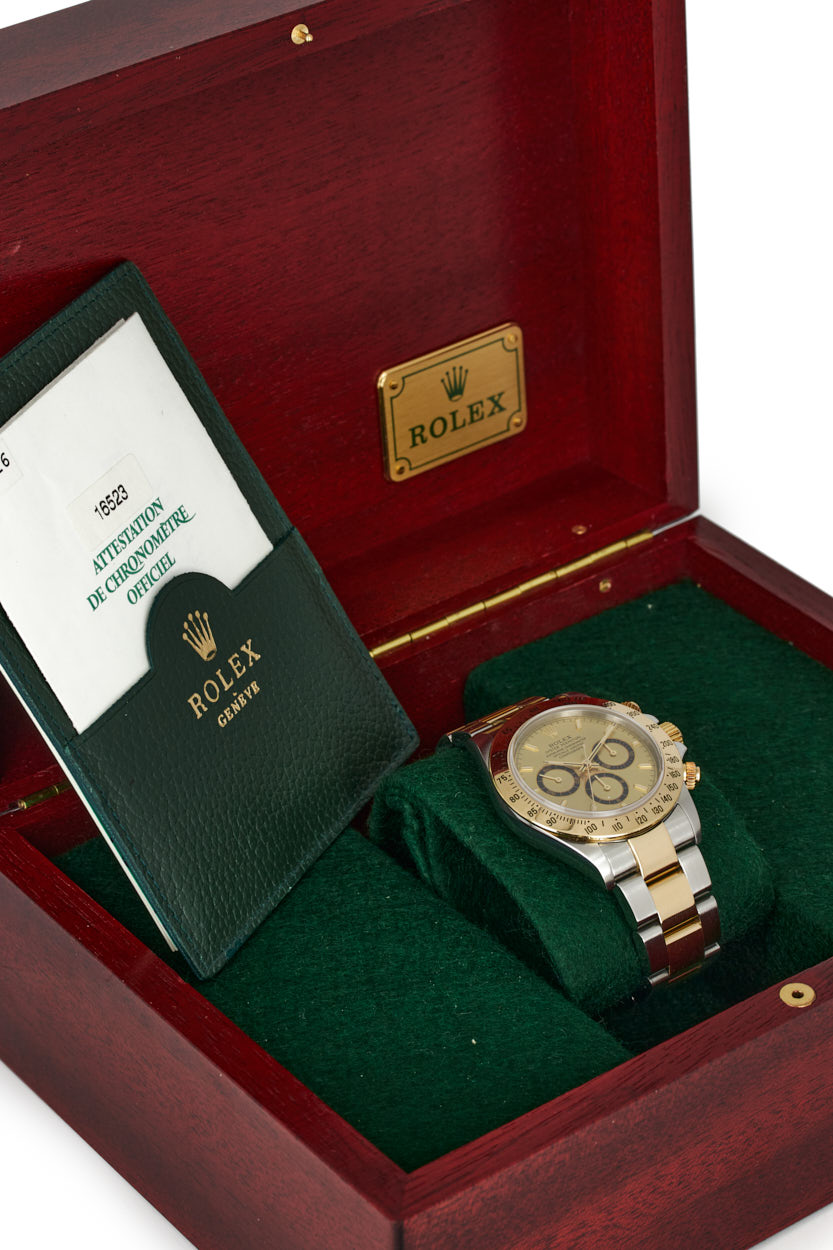 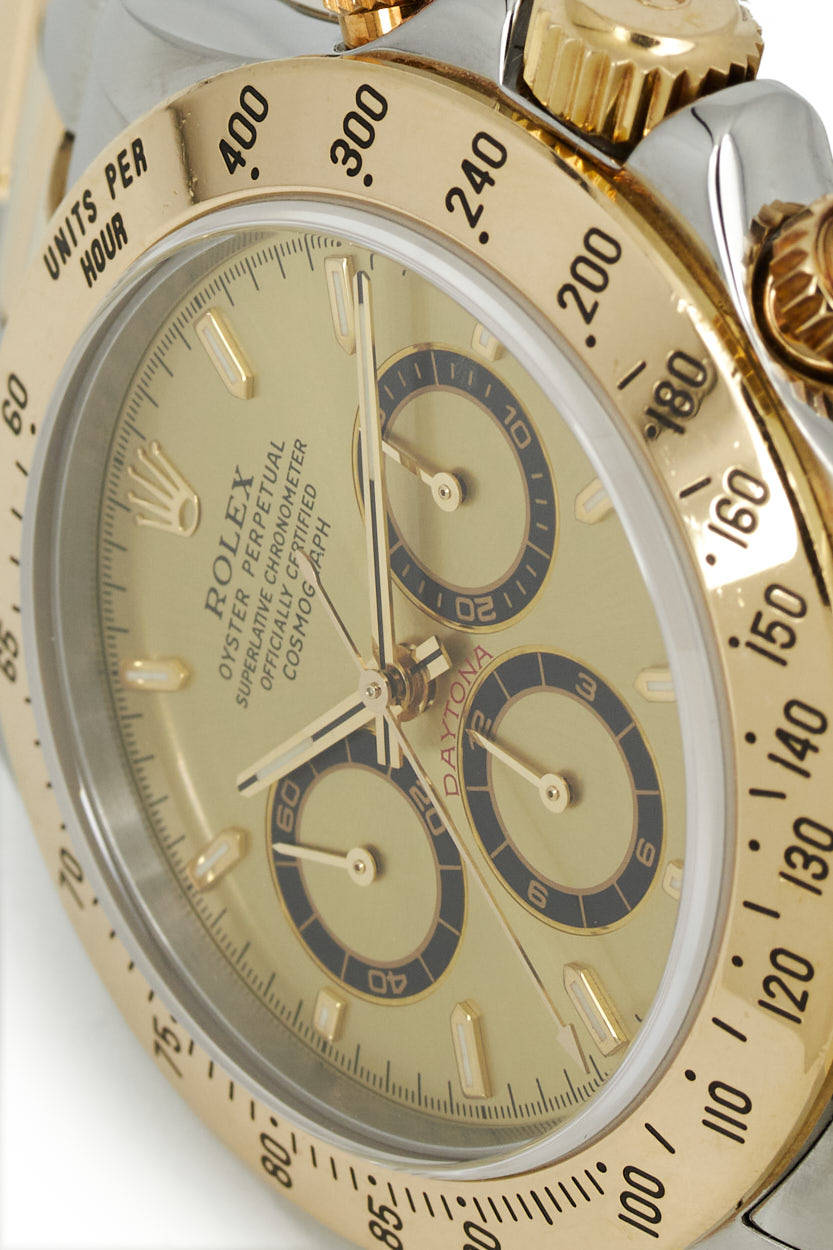 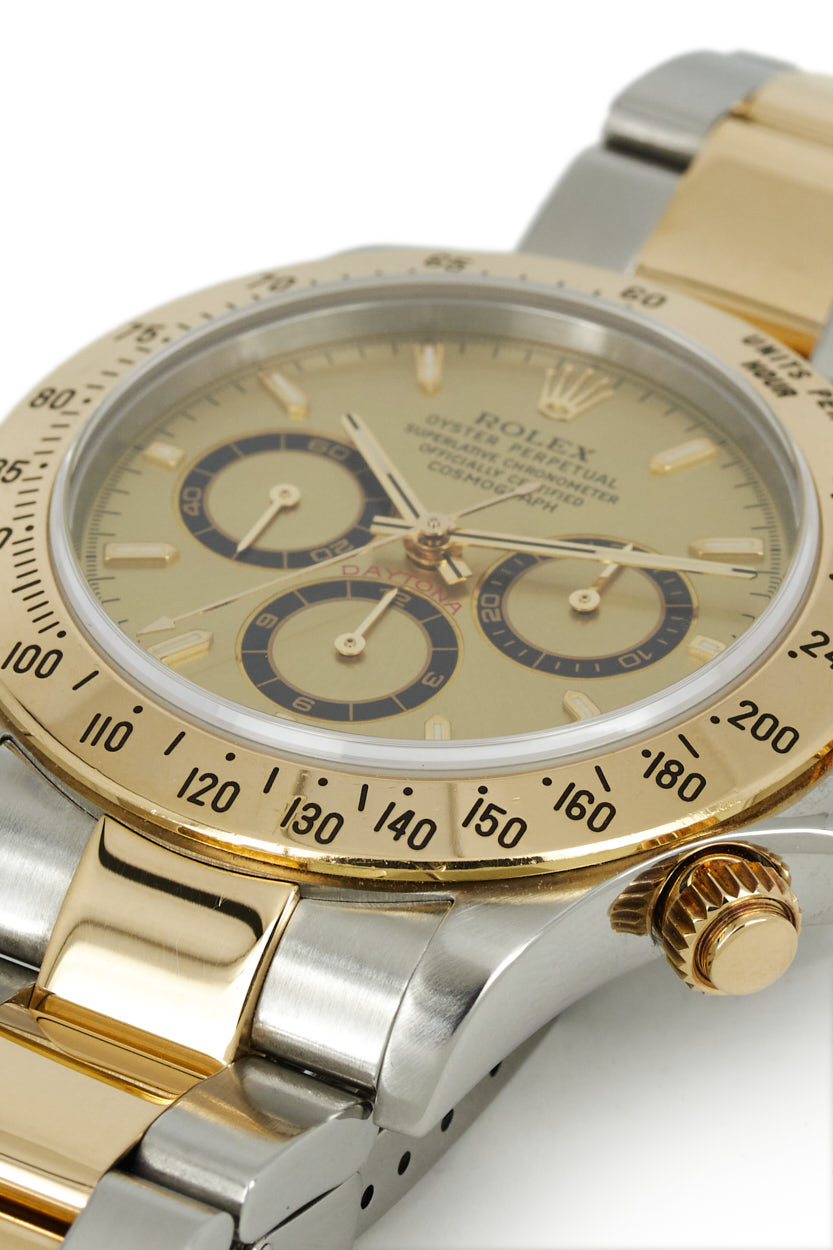 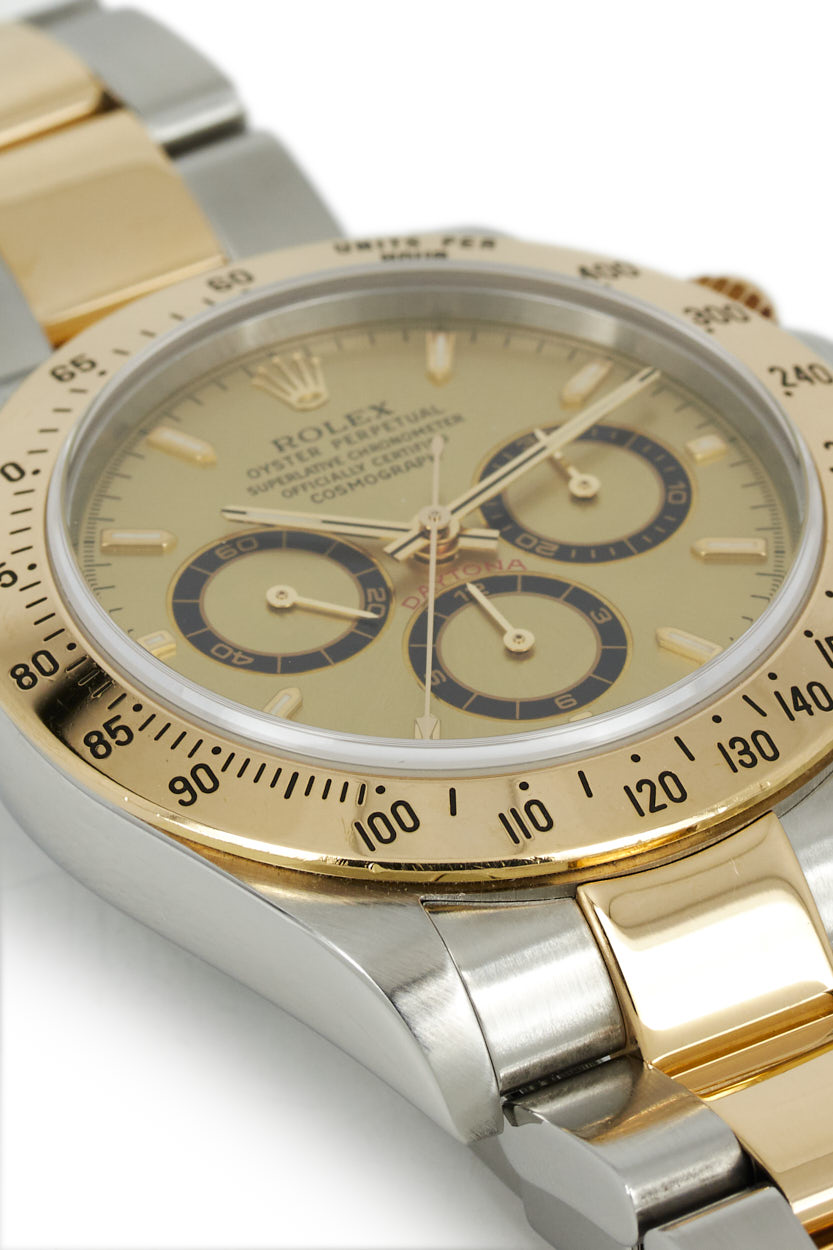 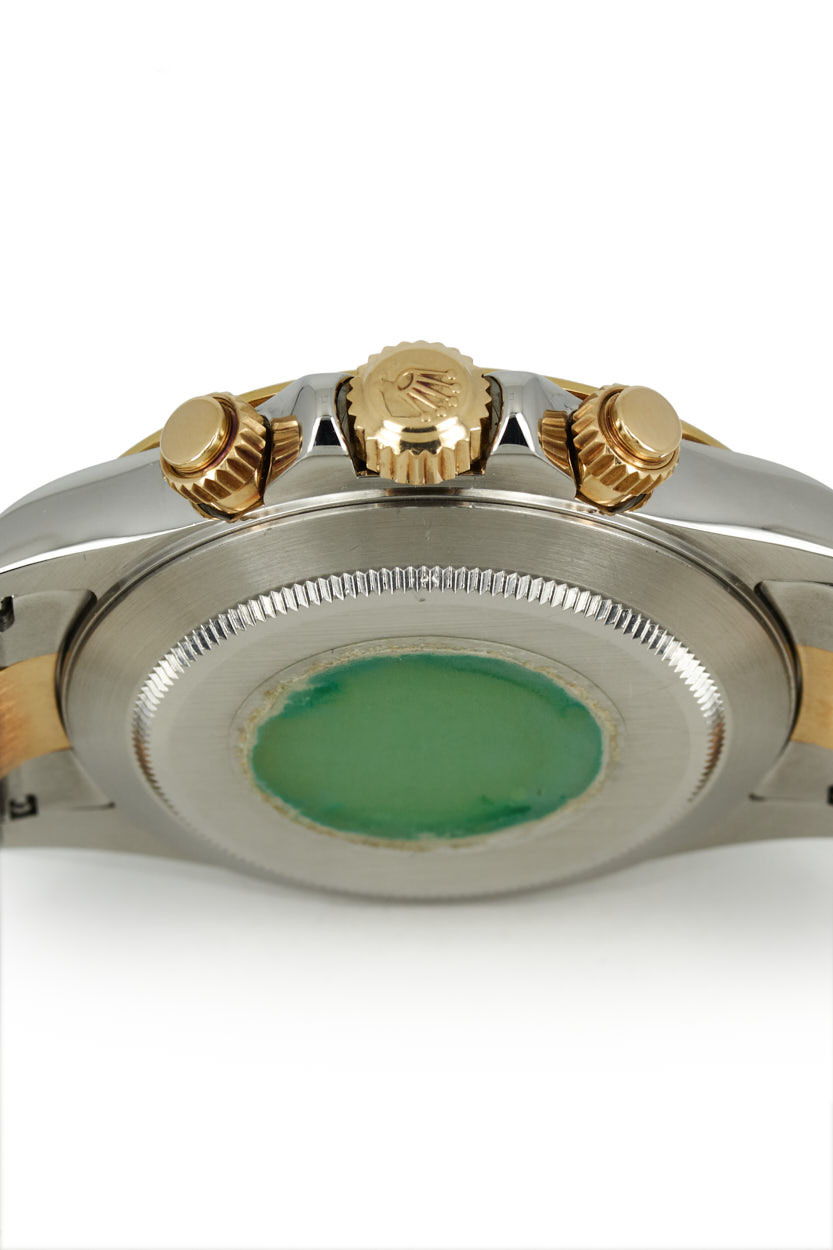 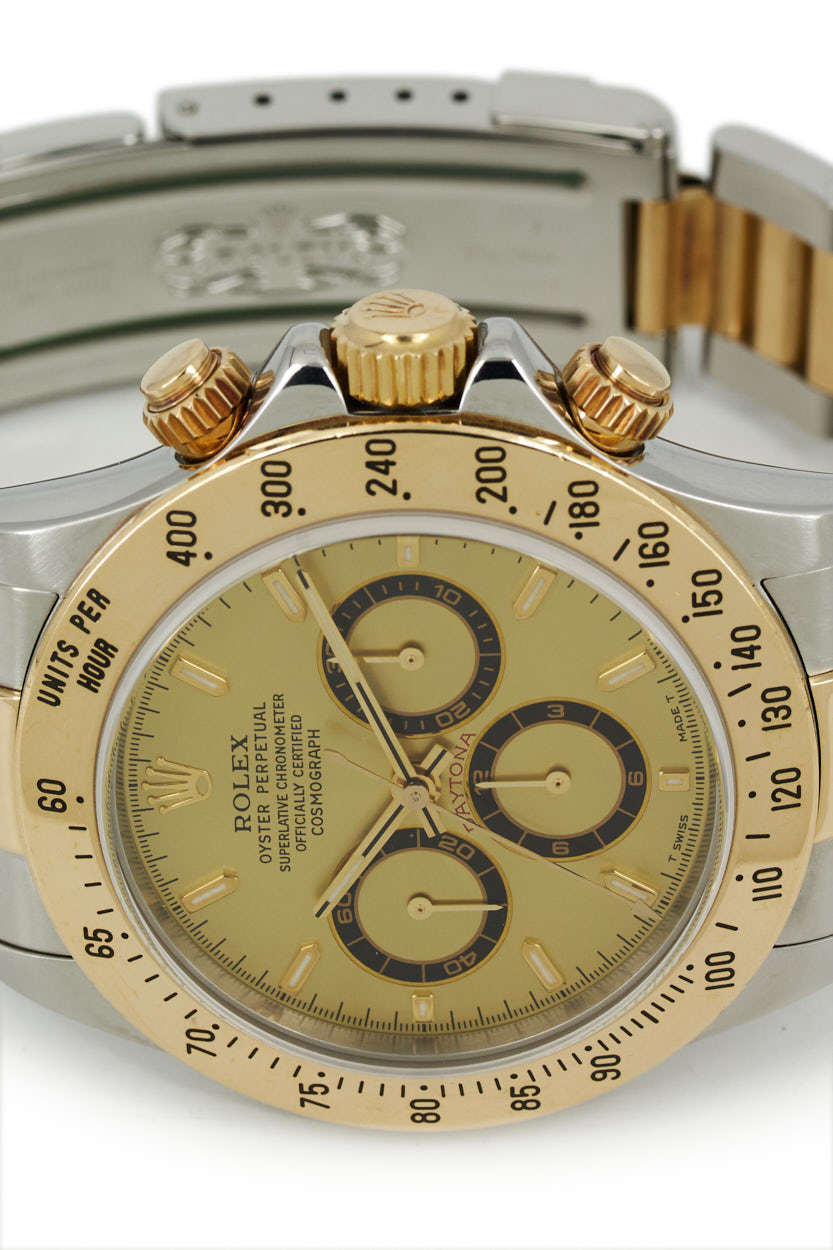 Have a look at this beautiful two-tone Rolex Daytona Ref. 16523.

This example is a so-called Zenith Daytona, powered by Zenith’s legendary El Primero automatic chronograph caliber. Previous generations were fitted with Valjoux movements, while later examples would come with in-house Rolex calibers. So how do you spot a Zenith? By its running-seconds sub-dial positioned at nine o’clock. Other Daytonas feature their running-seconds at six.

As if a bicolor Daytona is not enough of a party piece, this specimen comes complete with box and papers to boot!