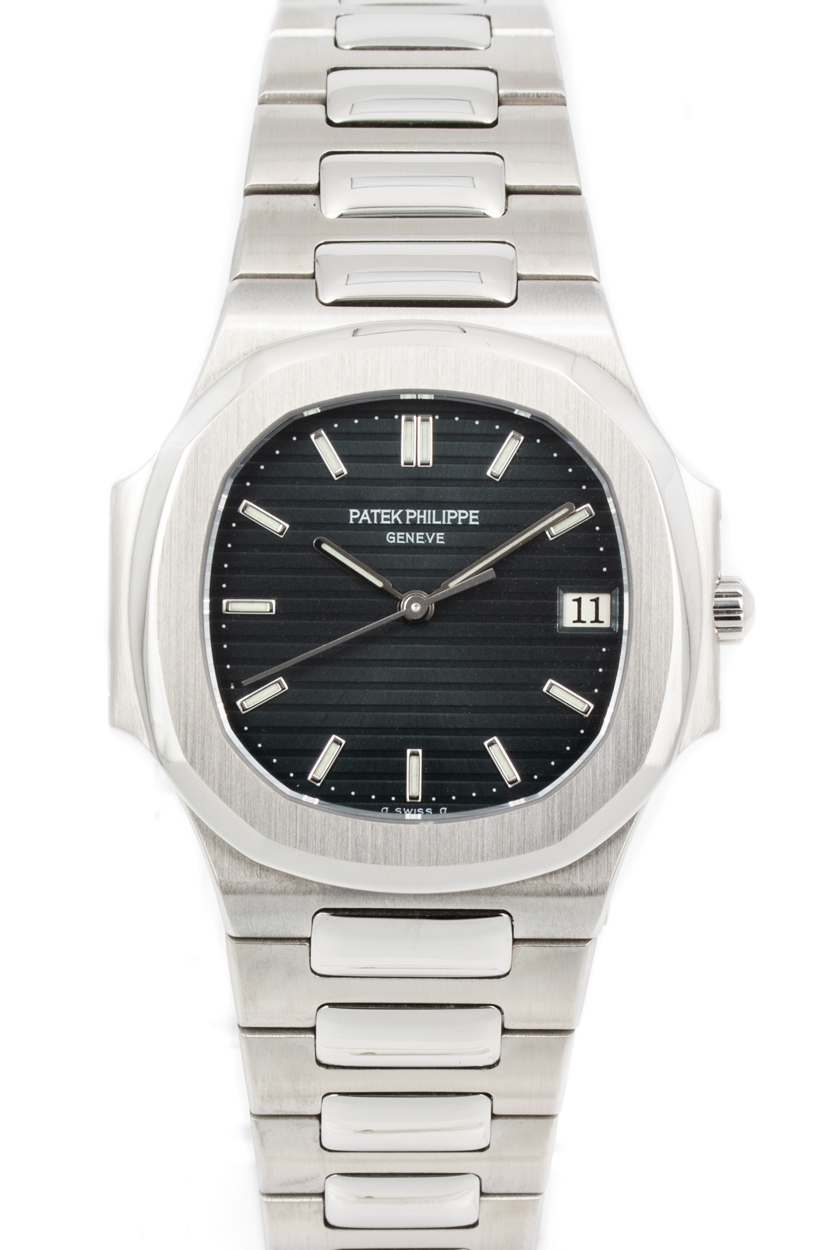 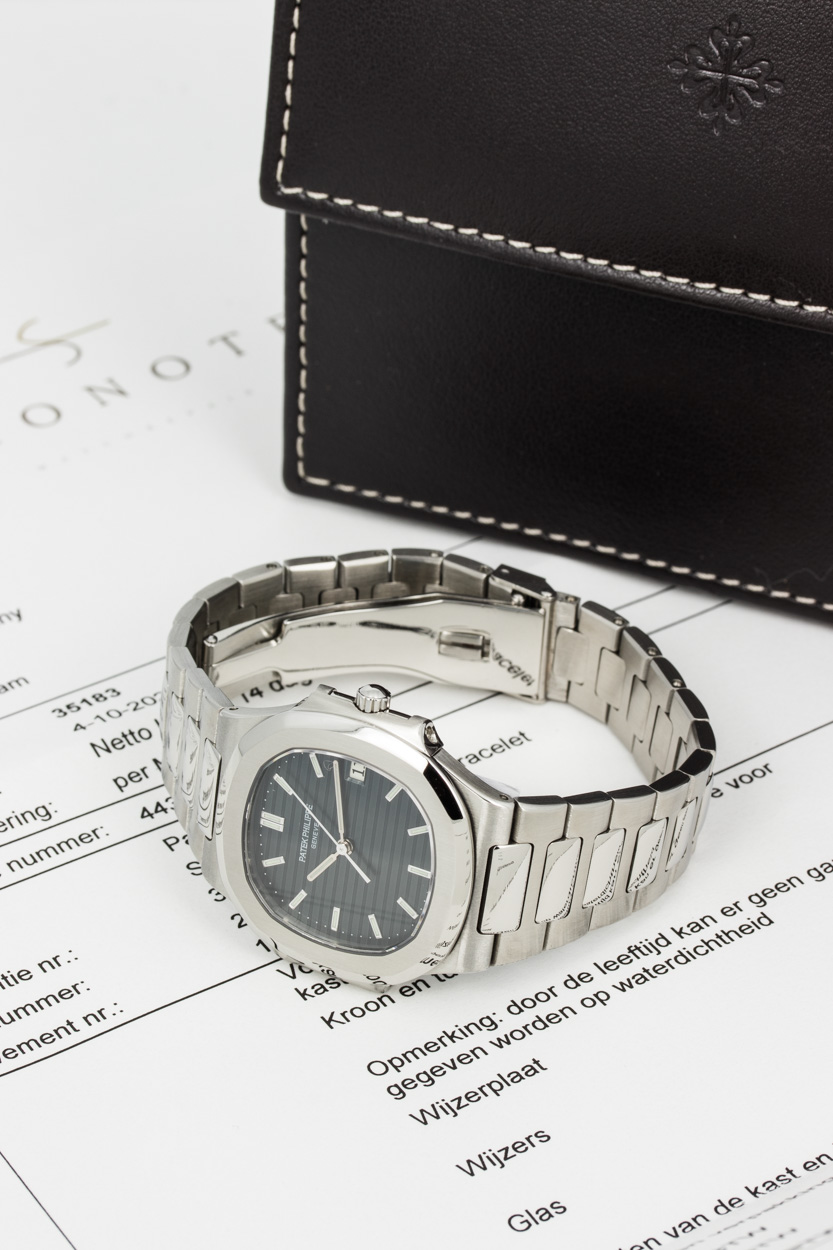 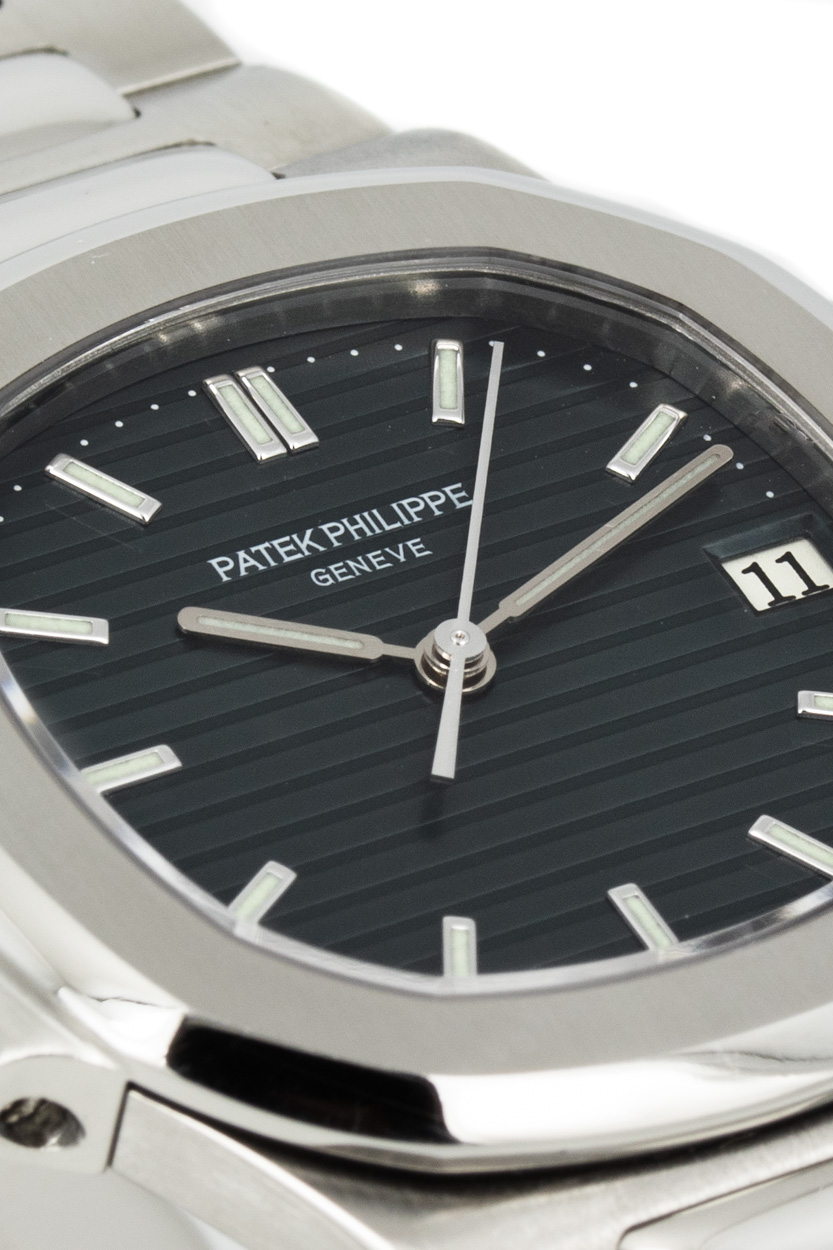 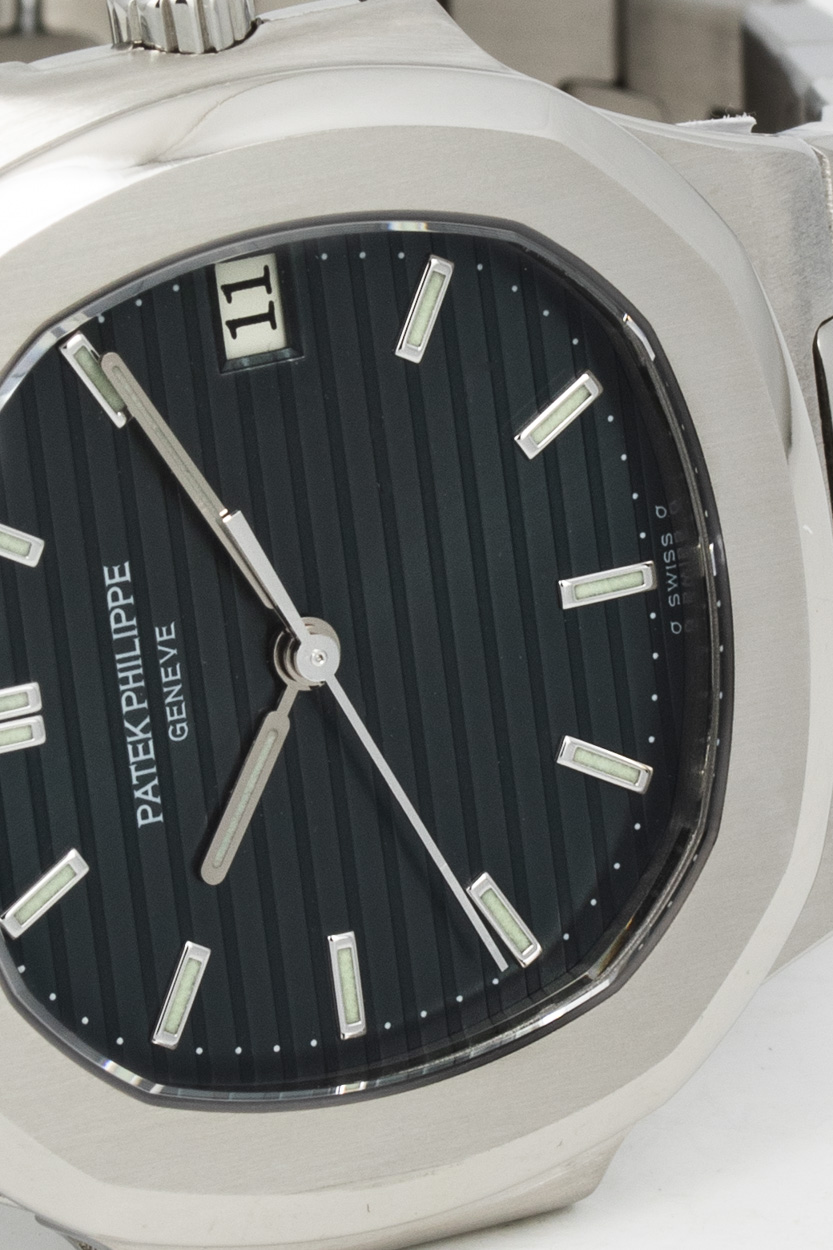 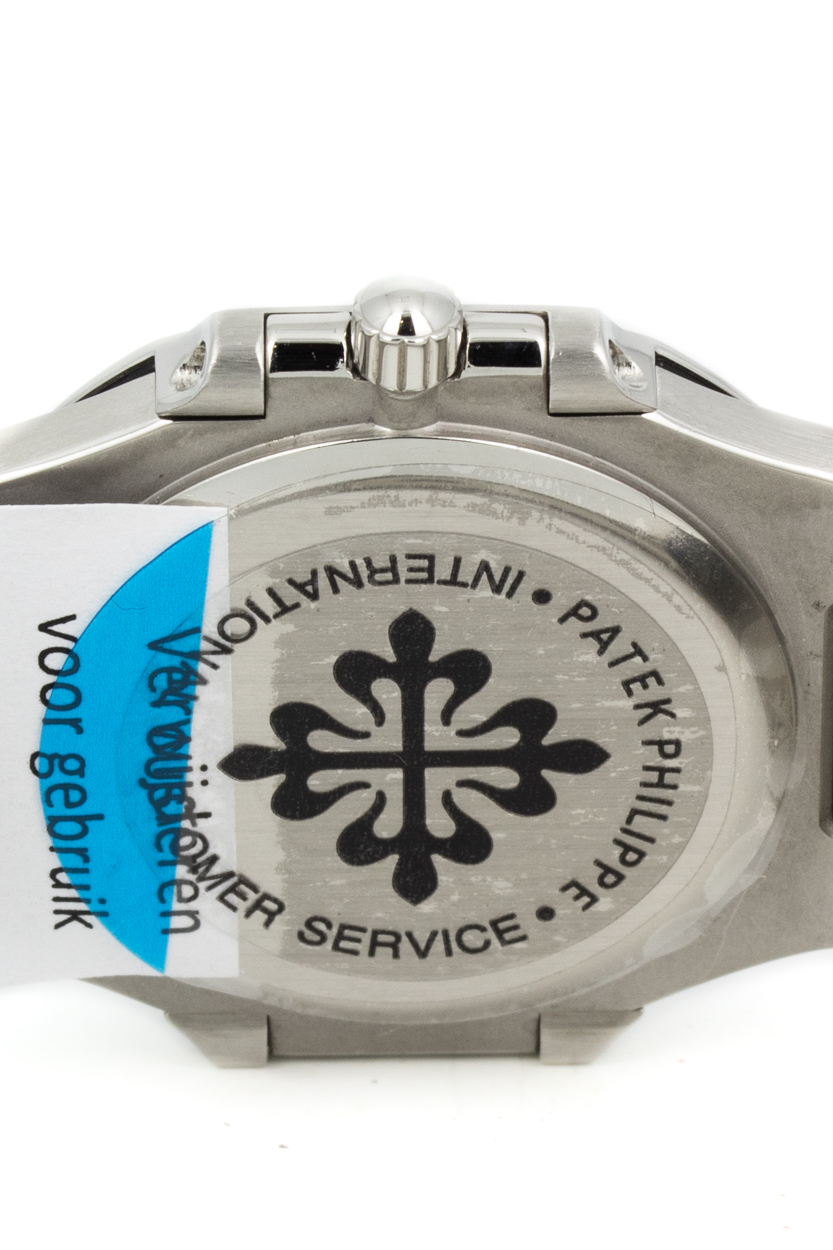 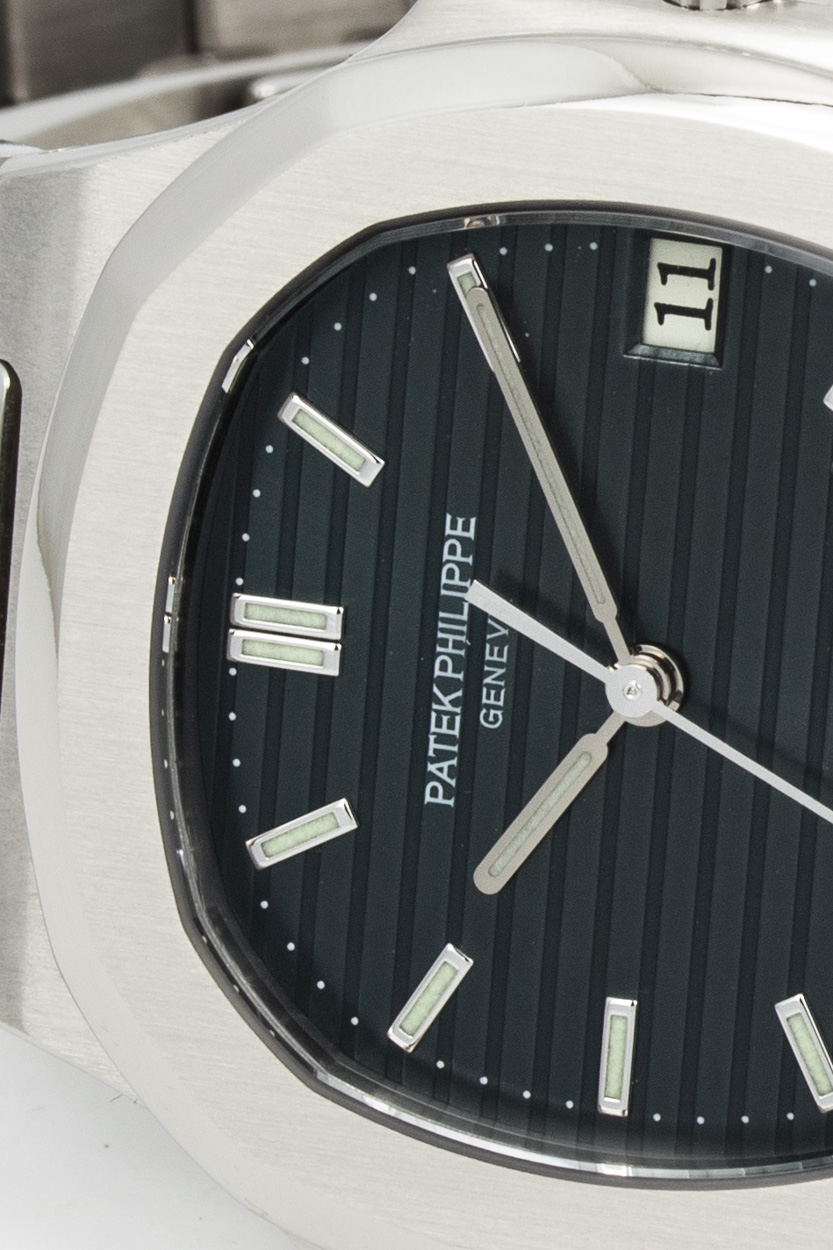 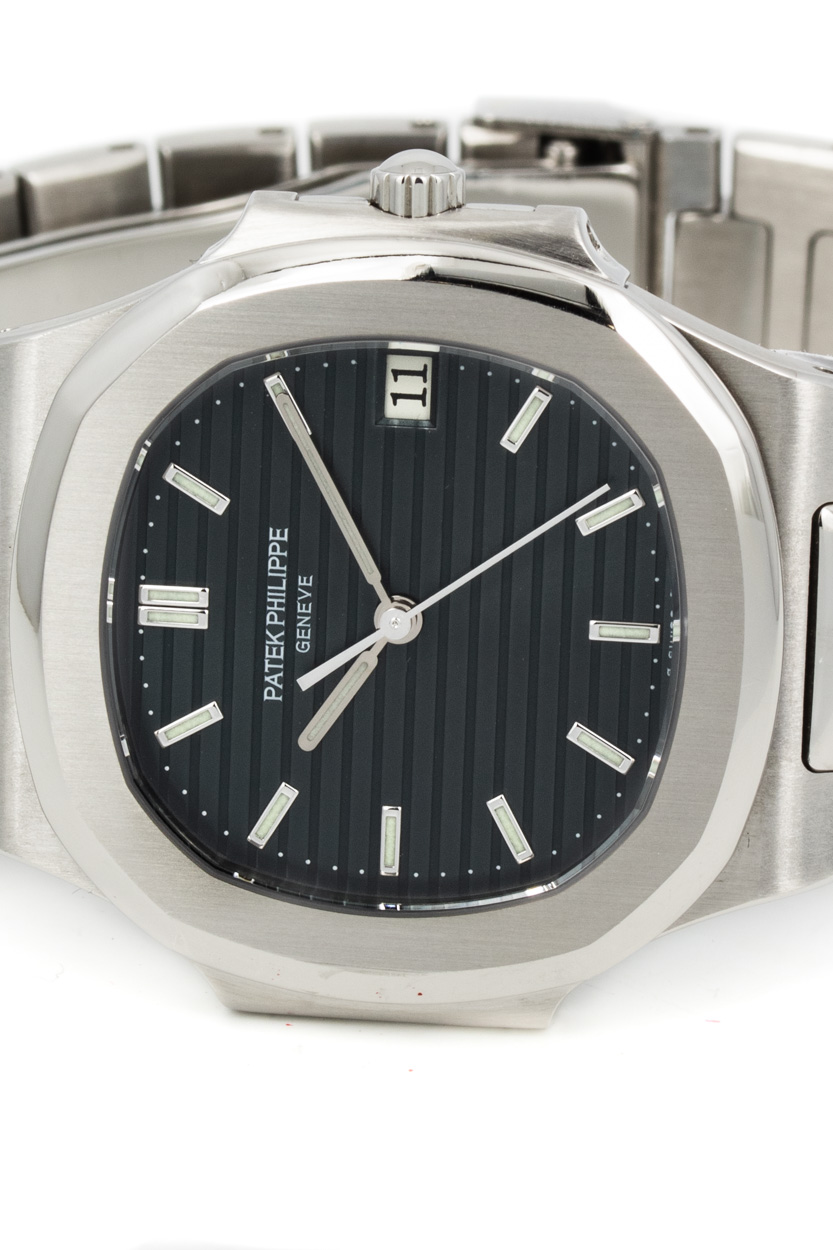 One of the most sought-after watches of our times, the steel Patek Philippe Nautilus with blue dial…

We are proud to offer this lady’s size Nautilus with the Quartz caliber Q E23SC. This slightly smaller execution of a legendary design is pretty close to perfection if you ask us. It has had a full revision by Patek, with the associated 2021 service papers included, to do justice to such a stunning design.

From the razor-sharp brushed steel case and integrated bracelet to the beautiful thin-liner dial in the characteristic grey-ish blue sunburst. This is such a great design by Gerald Genta.

This mesmerizing lady’s Patek Philippe Nautilus Ref. 3900 is now available in our boutique at Reestraat 3 in Amsterdam.

To truly understand the Patek Philippe Nautilus, we have to start at the quartz crisis of the late 1960’s. After Seiko launched its first quartz movement, dark clouds gathered over Switzerland’s traditional watchmaking industry. Watches could now be more accurate, easier to maintain and above all: much, much cheaper. Asian quartz watches flooded the market and the Swiss houses had to respond.

In 1972 designer Gerald Genta formulated an answer for Audemars Piguet. He drew the very first luxury steel sports watch. A concept previously unthinkable. A sports watch with haute-horology-level watchmaking and finishing and the eye-watering price to match: the Royal Oak. The gamble paid off, there would be a place for high-end watchmaking in a world dominated by cheap quartz watches.

The template was set and Genta would repeat the trick for Patek Philippe. At the Basel trade fair, he sketched the rough shape of the watch on a napkin in five minutes. The design was based on a ship’s porthole and the watch would feature an integrated bracelet, like its AP predecessor. In 1976, the Ref. 3700/1 Nautilus was finally introduced.

After a few variations with different complications, a big update would follow in 2006. The legendary Ref. 5711/1A was introduced, measuring 43mm’s and running on Patek’s new in-house caliber 324SC. Again, numerous complicated variations followed before the range would be discontinued in 2021.

The Nautilus is one of the most sought-after watches on the market. Prices have sky-rocketed and a new one is pretty much impossible to attain without a rich purchase-history and suffering through a long, long waitlist. Needless to say then, this is a rather special opportunity.