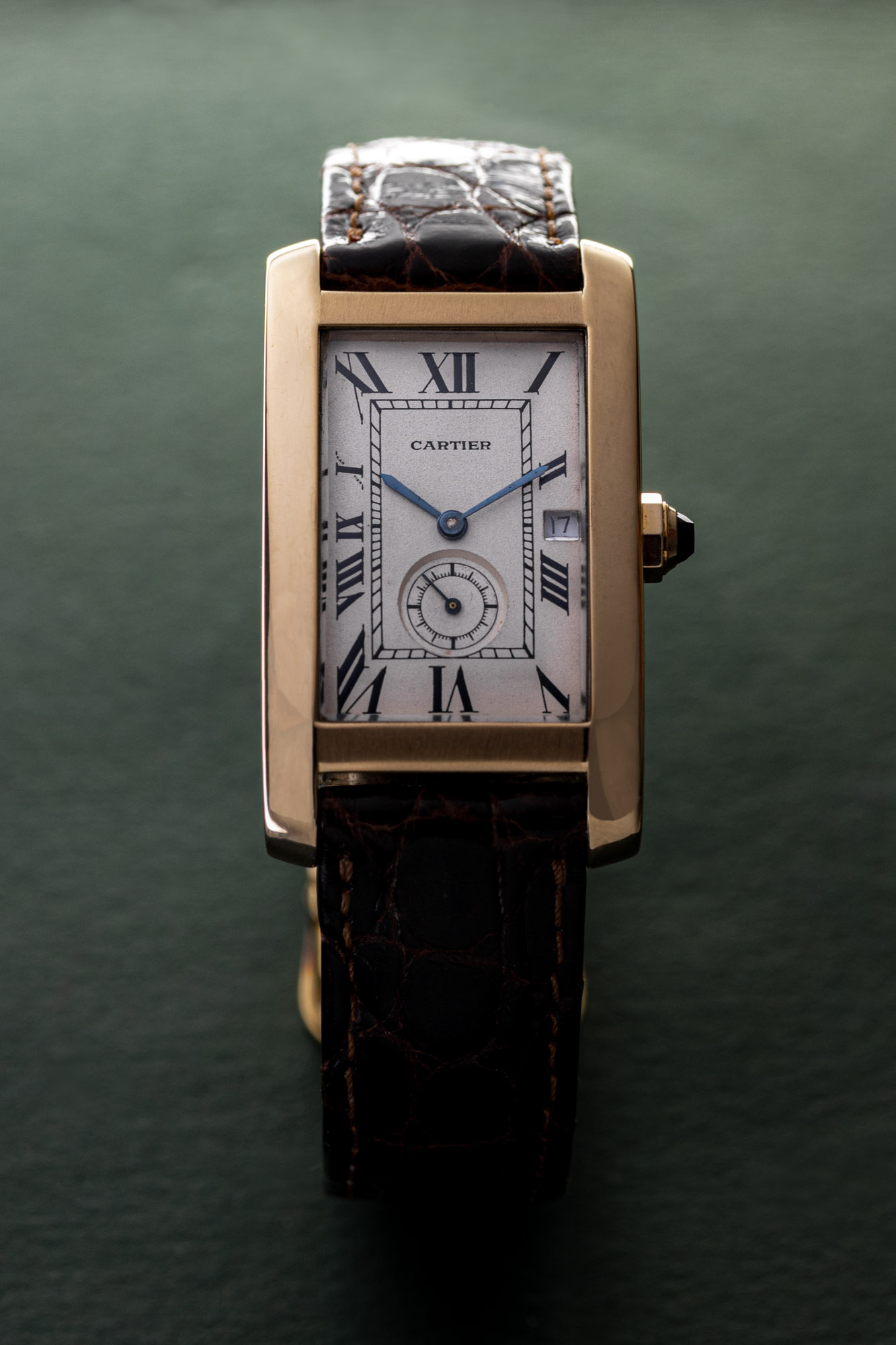 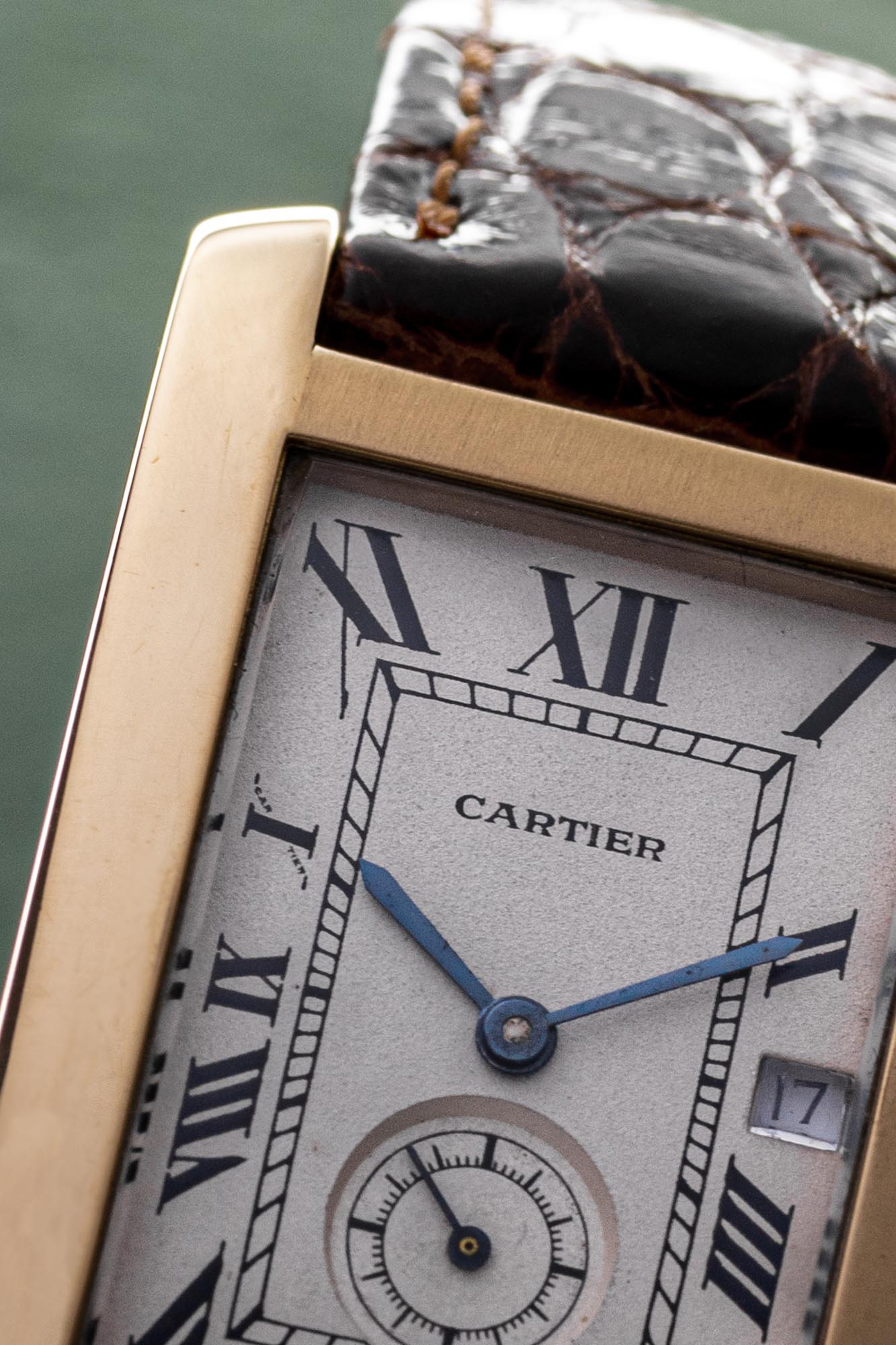 Let us introduce you to one of the best Cartier designs of all time. This Cartier is called the Tank Americaine. The Tank model was launched more than 100 years ago and many cool designs have been added to the collection over time.This specific watch is from 90s, and what a beauty. Normally if you’d ask us ‘how do you like your Cartier?’, we’d say very classic, like the tank Louis. However, this Americaine has a sunken seconds register. This really does something special for the design and the dimensions.

The rectangular watch case and the dial of the Tank Americaine are curved, to improve the way it fits the wrist. When you add a perfect flat circle to this, sunken in the dial displaying the seconds, this really gives the watch another dimension. Beautiful!

This Cartier has an off-white dial with Roman numerals. The 18k yellow gold watch case is in good condition and the crown, of course, has the blue sapphire to finish the Cartier look. An original plated folding clasp completes the package.