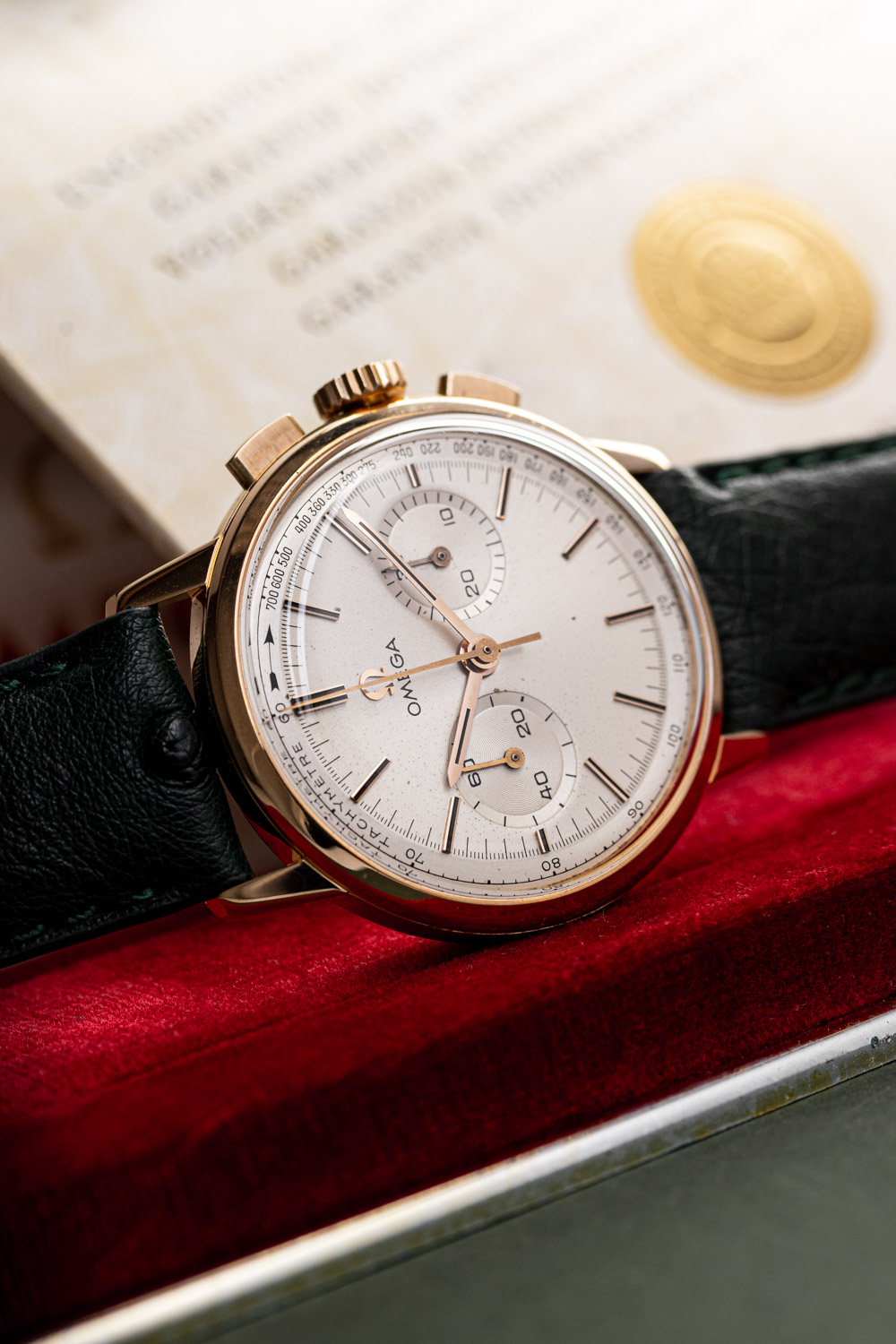 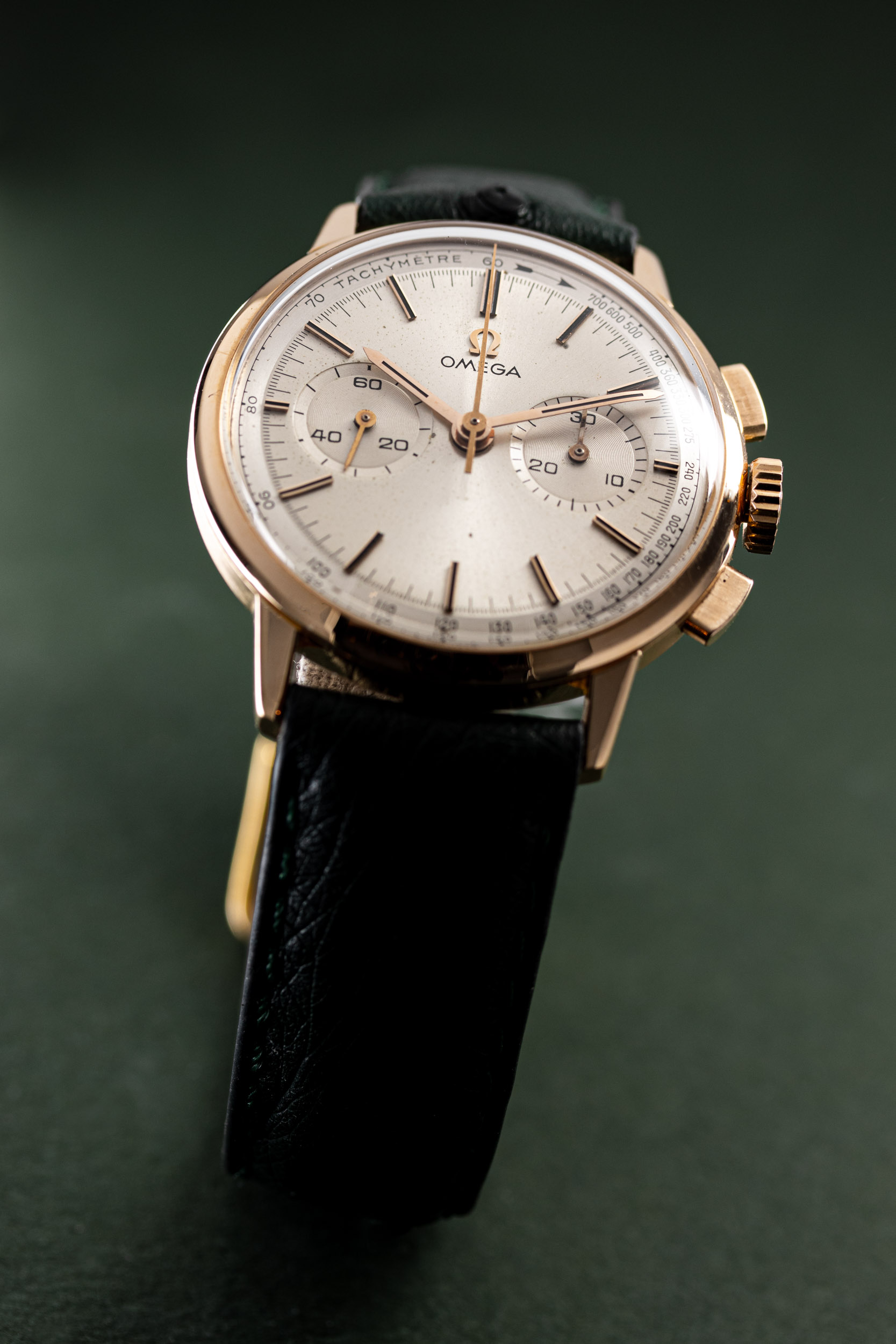 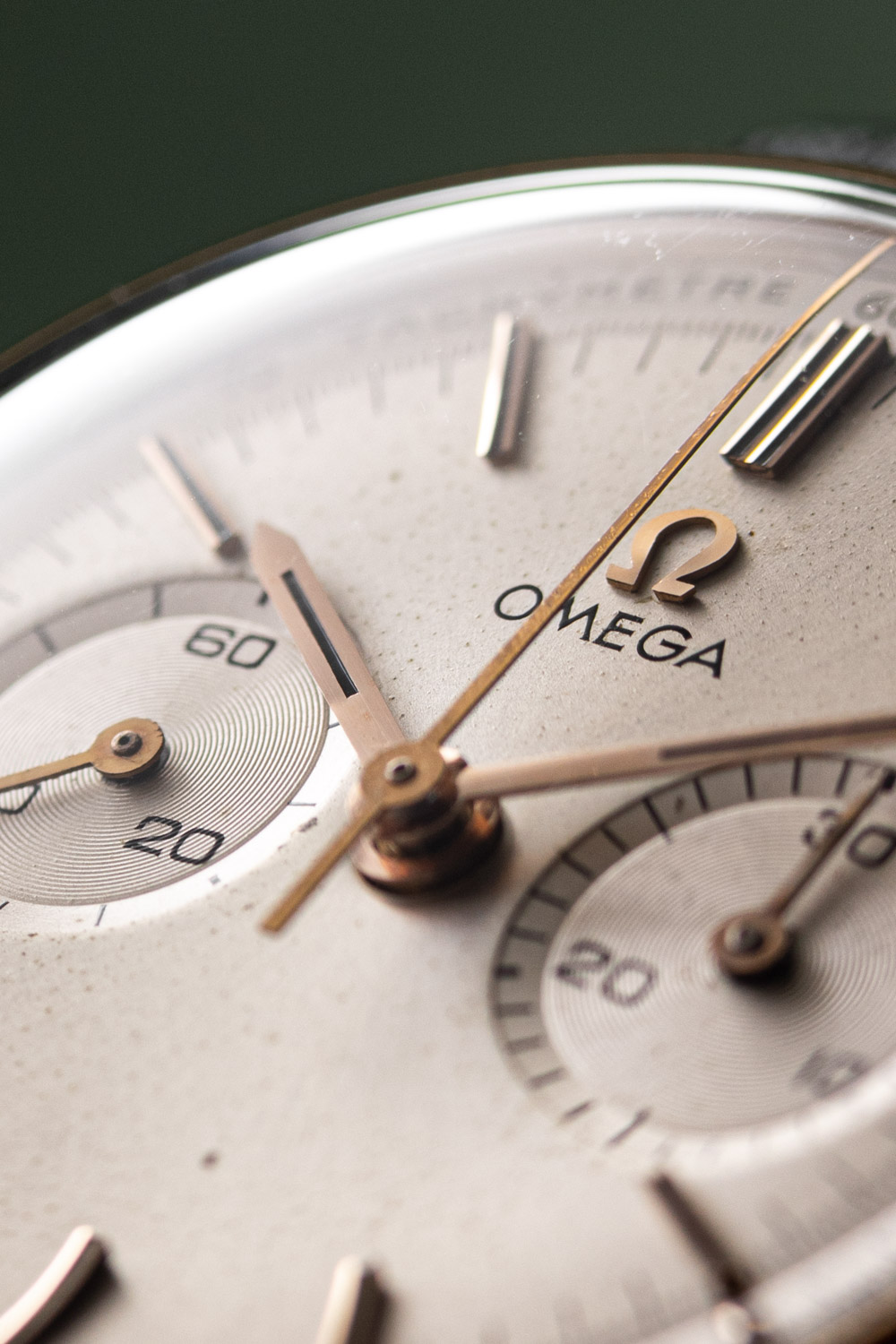 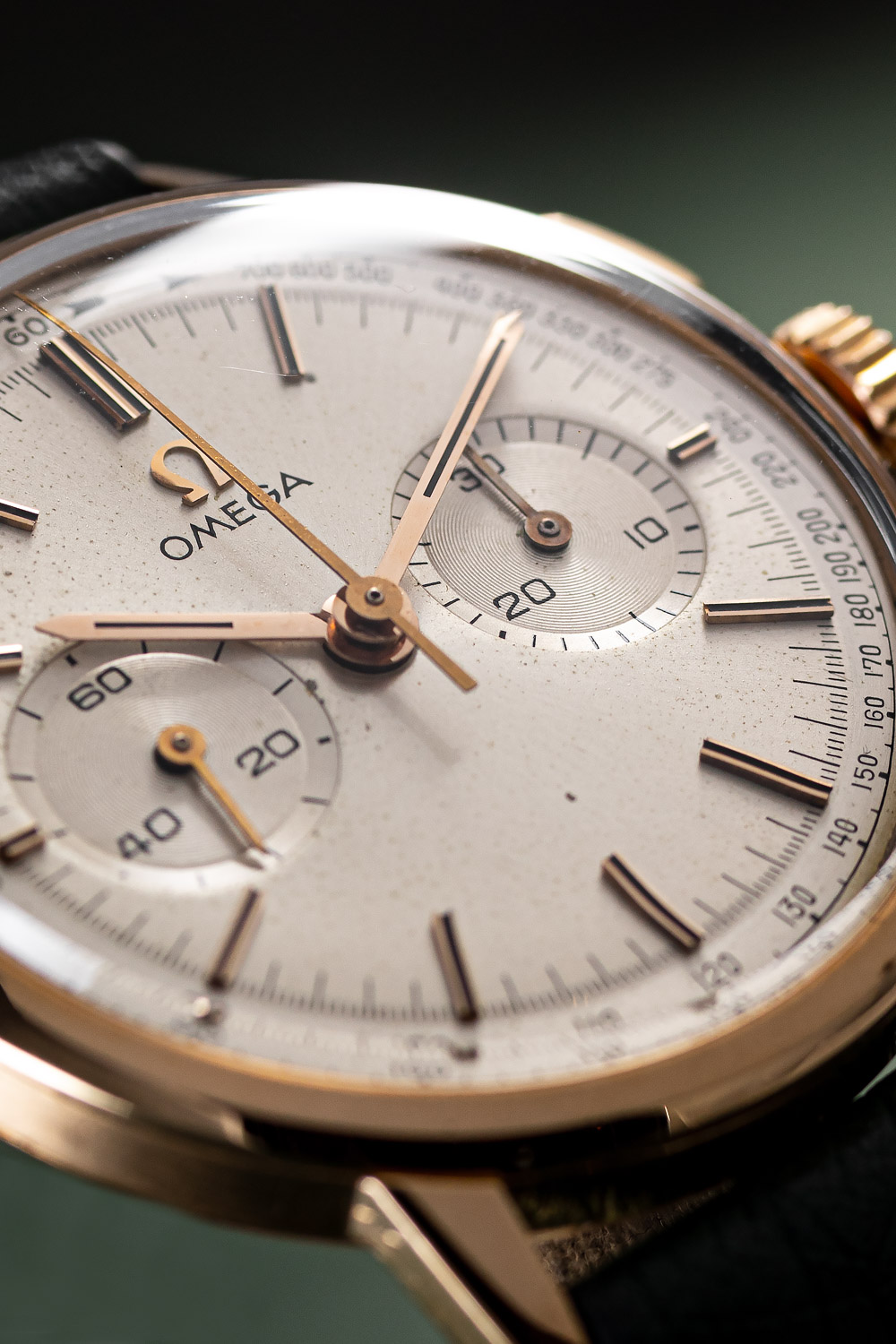 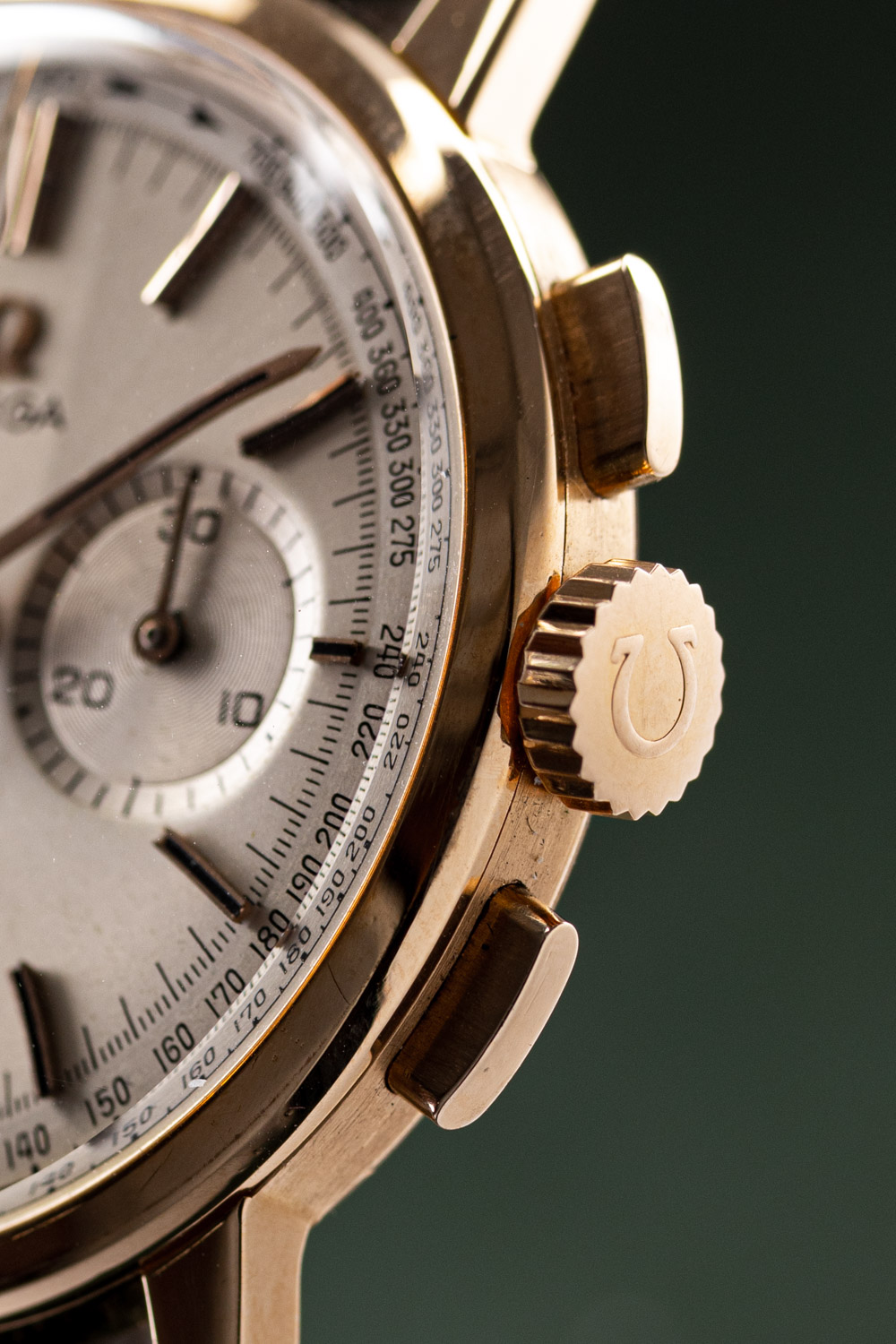 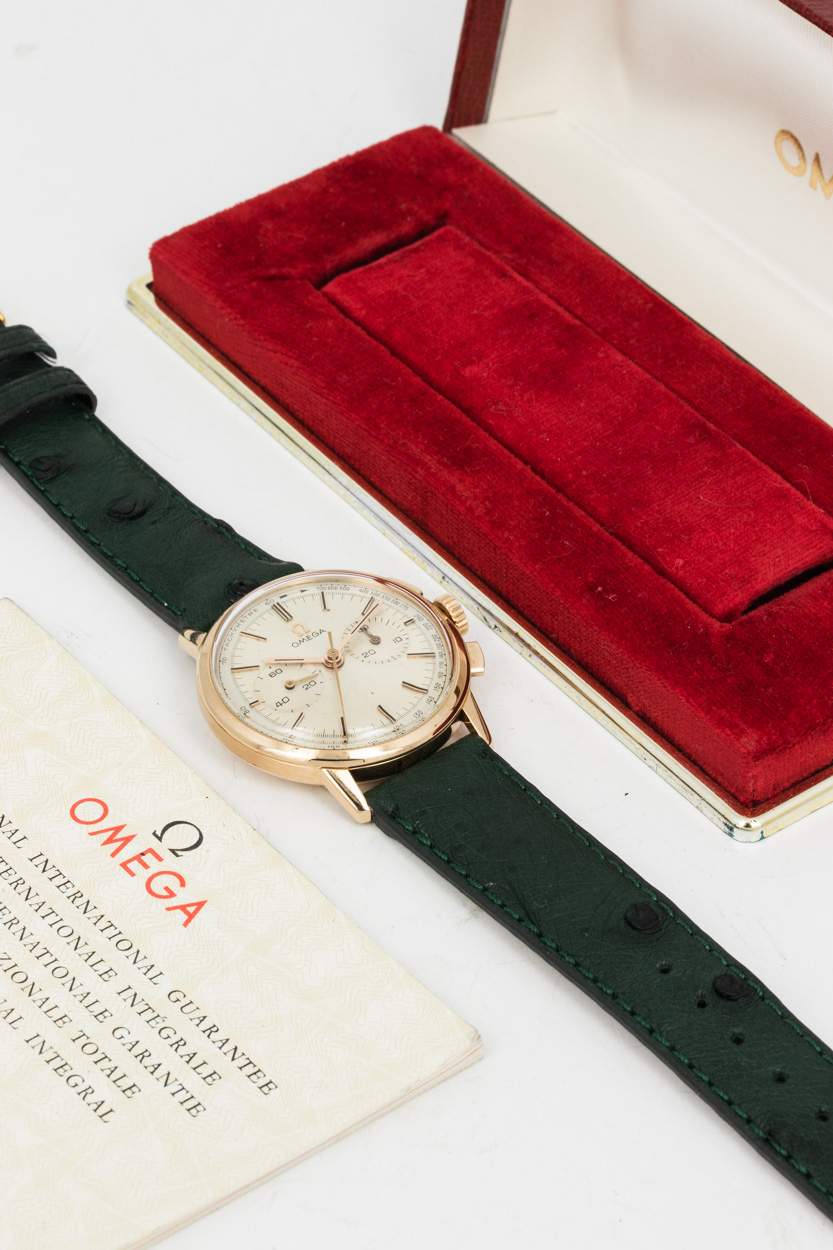 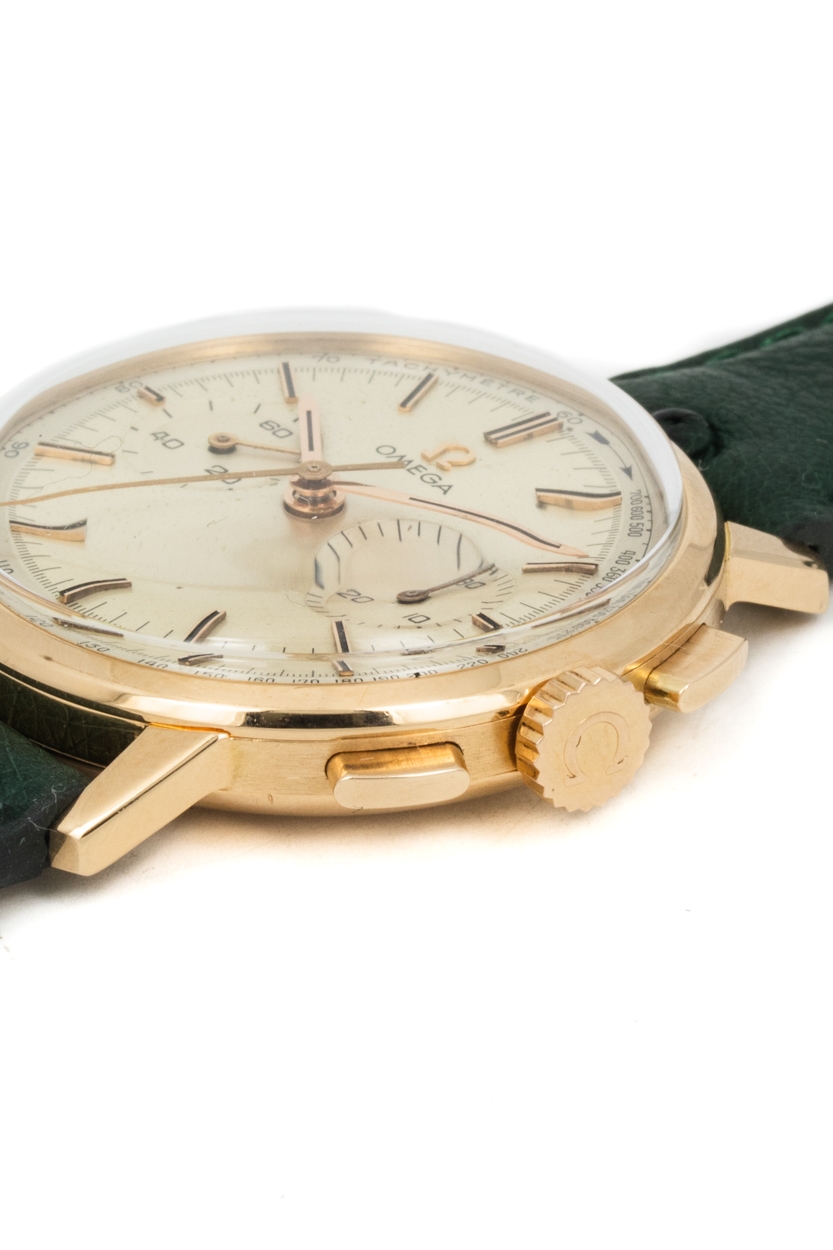 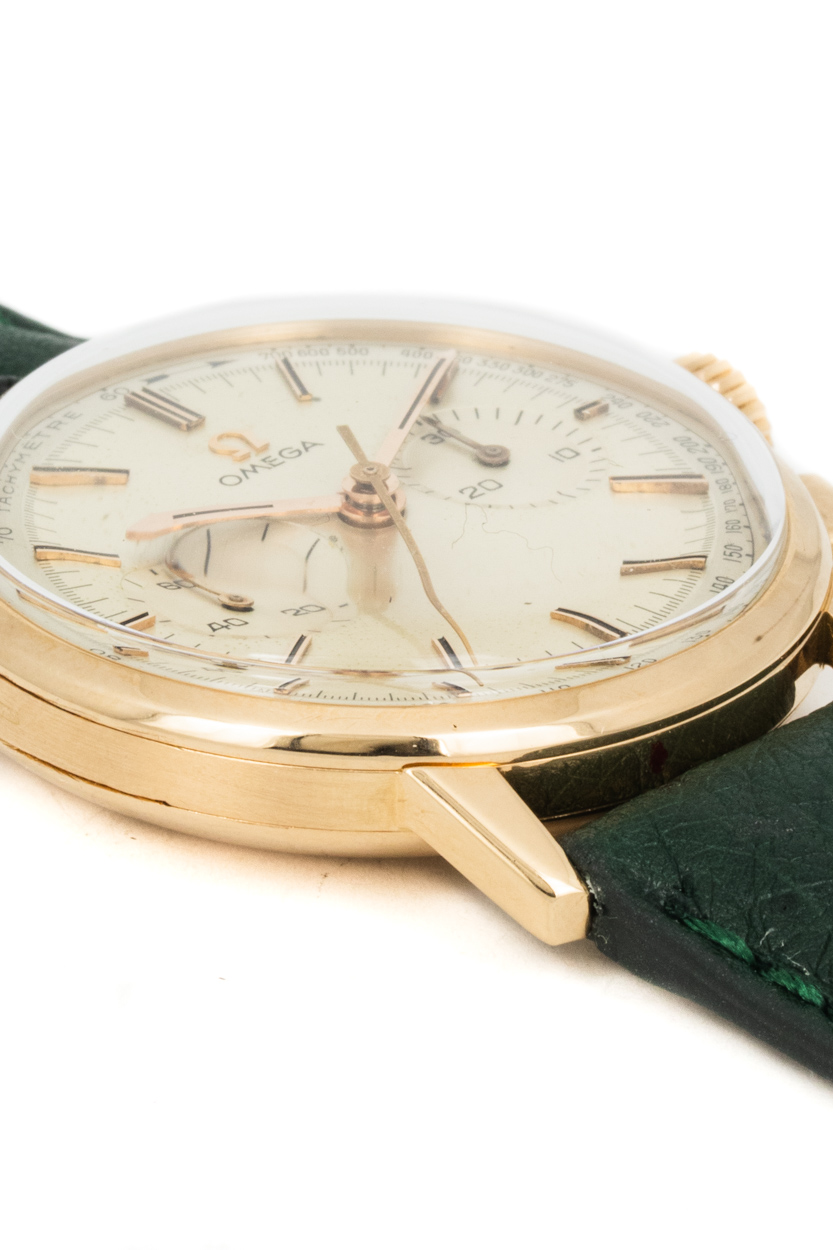 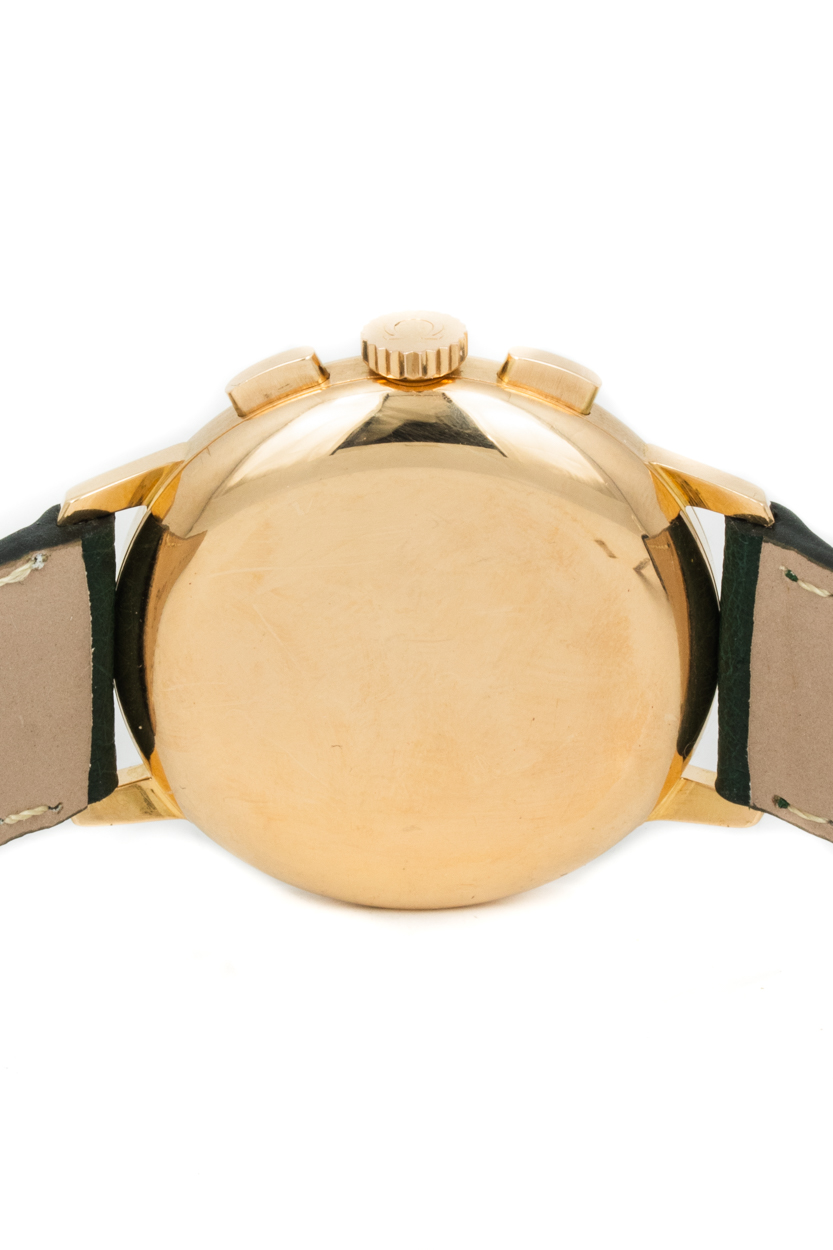 This is just pure beauty. No discussion possible.

If you have been around enough watches, you know the perfect watch does not exist. But this comes scarily close in terms of design.

For starters, there is just something super attractive about a two-register chronograph. The simplicity and balance are just beautiful. This one is powered by a 320 caliber, which is the two-register version of the legendary 321, found in pre-moon Speedmasters.

Then there is the 35mm case, which might sound small, but it has some serious wrist presence. Executed in rose gold, it adds some dressy flair to an otherwise sporty design.

We have paired this stunner with a green Ostrich strap, bringing out the hue of the gold. We love it, but you are, of course, free to switch to a strap of your liking.